If you were following along with this Ring of Honor series from the beginning as I was you would know that Series 1 was originally to include Adam Cole instead of Jay Lethal, but for reasons never fully explained/I don't care about Adam Cole was bumped to Series 2 and Jay Lethal is in Series 1 and in my hands.    Should you purchase the title belts for the ROH figures it works out because you have The Briscoes as Tag Champs, possibly one of the greatest tag teams of all-time to hold them, Elgin can be ROH TV or World Champion as can Kevin Steen and of course Jay Lethal is your current ROH World Champion as I type this with no end to his title reign in sight.

While I could discuss the ROH World Title to some great length, I will skip over that right now in favor of typing about this Jay Lethal action figure instead.    Jay Lethal- in his early TNA days- actually had an action figure from Toy Biz and then he had both the RA and DA treatment from Jakks as part of TNA.   But, he's The Guy right now in ROH and so not making him in this line simply because he's had those figures before (And FTC has said they wanted to make characters who weren't made a lot before) seems kind of odd.   I also hope this means FTC won't overlook Christopher Daniels, Frankie Kazarian and even the Motor City Machine Guns based upon their TNA toys.

As far as wrestlers go, I'm not really what you would call a fan of Jay Lethal.   There are heels out there who I do like but Jay Lethal is not one of them.   At the same time, he's not really one of the heels that I want to give go-away-heat to either, so he serves his purpose as heel champion well right now in ROH.   Jay Lethal is just that good as a performer I suppose, even if he was lumped into that Macho Man gimmick with SoCal Val in TNA, yet he's doing some of the best work of his career right now in ROH.

His face has that angry/determined look on it which is a step up from the previous Jakks figures which had the goofy look to him.   This is the first FTC ROH figure to have painted on attire as his trunks are painted rather nicely.   His boots however are not painted but rather are the black kickers every other figure in this line seems to have only they put the fabric red designs over them which just takes this figure to such greater heights.   I imagine every action figure now should have these fabric kick pads but I know it won't happen.

With his one elbow pad, Jay Lethal even has fabric wrist bands which is just... It's impressive to me the lengths to which FTC has gone to making these figures and just the quality is beyond anything I've ever seen before when it comes to wrestling figures.   I don't know how fans of professional wrestling could not want to collect this line simply because of the details like this put into it.

As if that wasn't enough, Jay Lethal also comes wearing his duster- which would put other toy companies way over budget- and it just shines in silver with black trim and red designs and interior to make his ring gear pop.   I'm not sure what fabric is used by FTC for things like singlets, t-shirts, Lethal's kick pads or wrist bands, but this duster jacket thing feels to me like it's made out of the same material as car shade I once had.   It's thick, a lot thicker than it looks, but it's not something that you struggle to put on and take off of Jay Lethal.

Having the "House of Truth" logo on the back of his duster makes me believe that we will eventually see Truth Martini (with a book accessory) in this ROH action figure line.   I remember when Jay Lethal defended the ROH World Title in NJPW and they said that the Book of Truth was translated into Japanese for that match.   It's just those little things that I do enjoy- to some extent- about Jay Lethal and the House of Truth.   But, as I've said in my Professional Wrestling Reviews, I just tend to like ROH characters better outside of ROH than actually in ROH for some reason.  (Mostly I like to watch them in NJPW though because NJPW is just so flawless)

If the stars align and the fates allow it, we will one day see FTC create some New Japan wrestlers to the point of at least getting a Tanahashi or Okada and having them come with the IWGP World Heavyweight Championship belt.    If this does ever happen (fingers crossed), I will have whoever it is (let's say Okada) face Jay Lethal in a title unification match which, yes, Jay Lethal will lose, but in professional wrestling everyone has their role to play and I'm beginning to enjoy Jay Lethal's role a little bit more each time I see him.

In terms of being in scale with WWE Mattel figures, Jay Lethal does seem to stand tall over most all of them, meaning he isn't really in scale with them unfortunately.   But he is going to lead a new group of wrestlers into battle and that doesn't just include those in ROH but those within the other two lines of FTC wrestling action figures as well.   I'm going to say that within maybe a year or so people will stop caring about whether or not these are in scale with WWE Mattel figures and just be pleased that we have so many wonderful names (like Chris Hero, for example) grouped together and in the same ring. 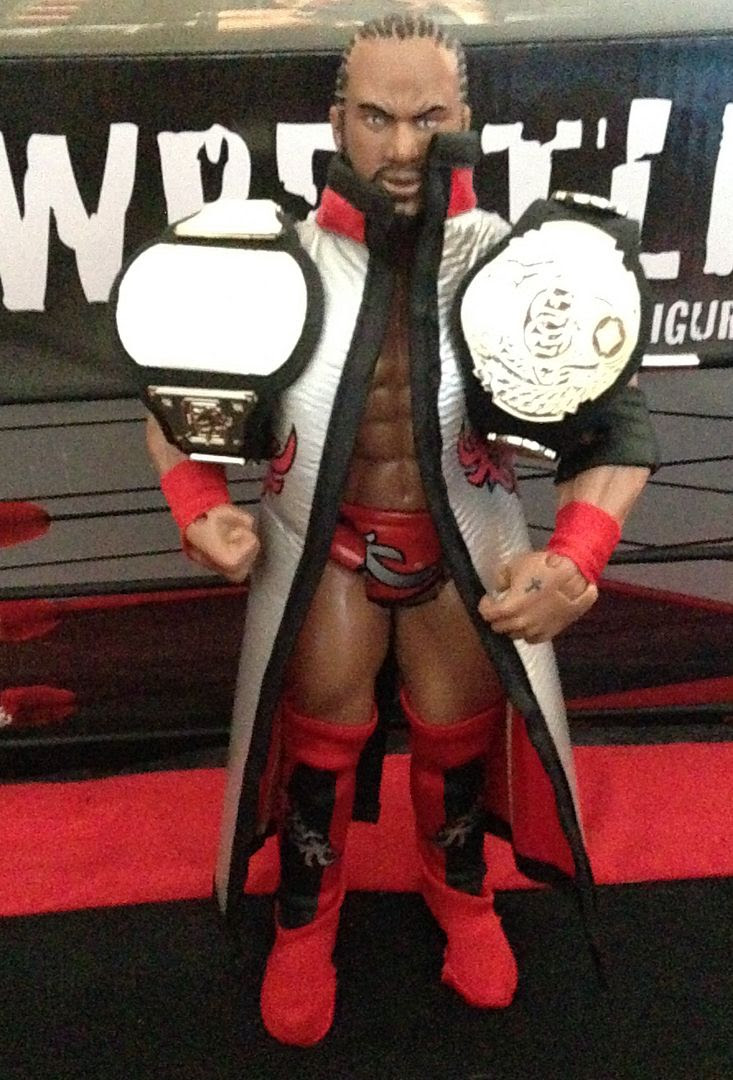 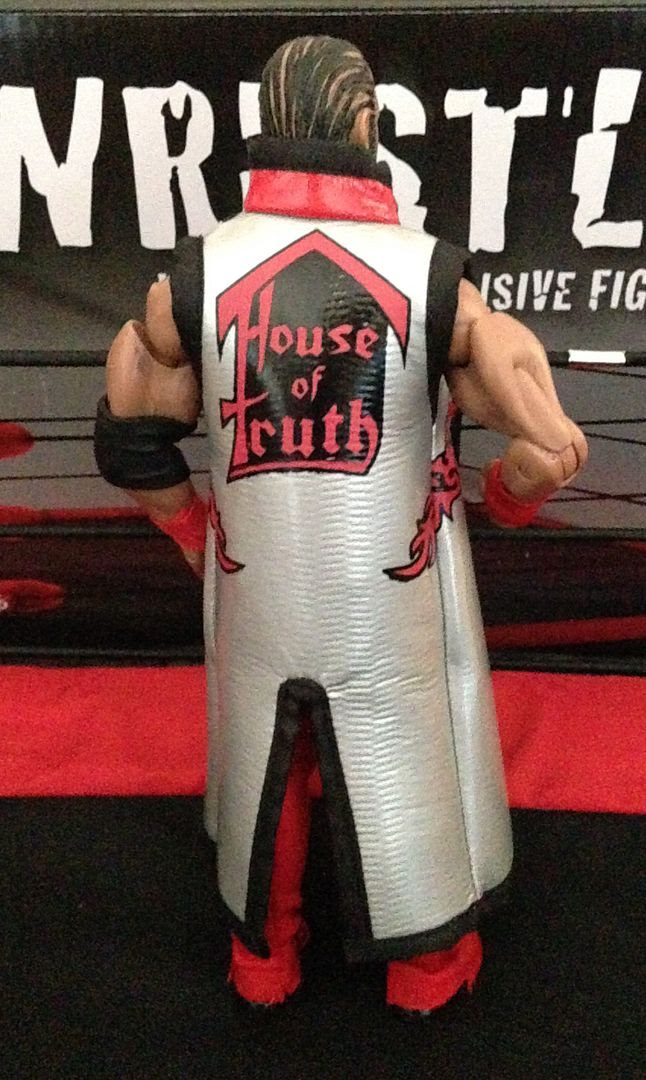 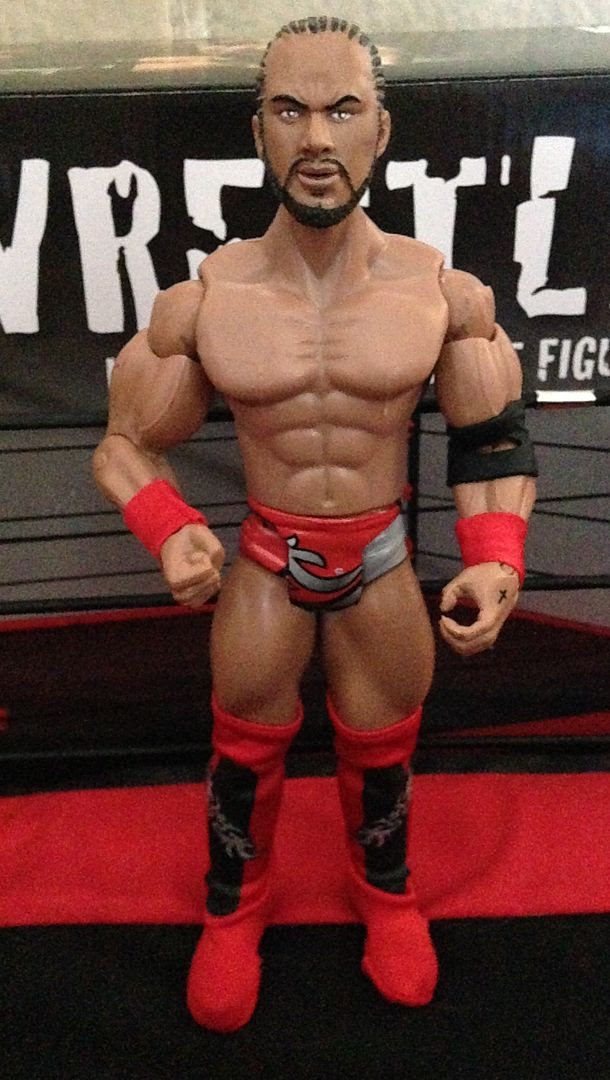 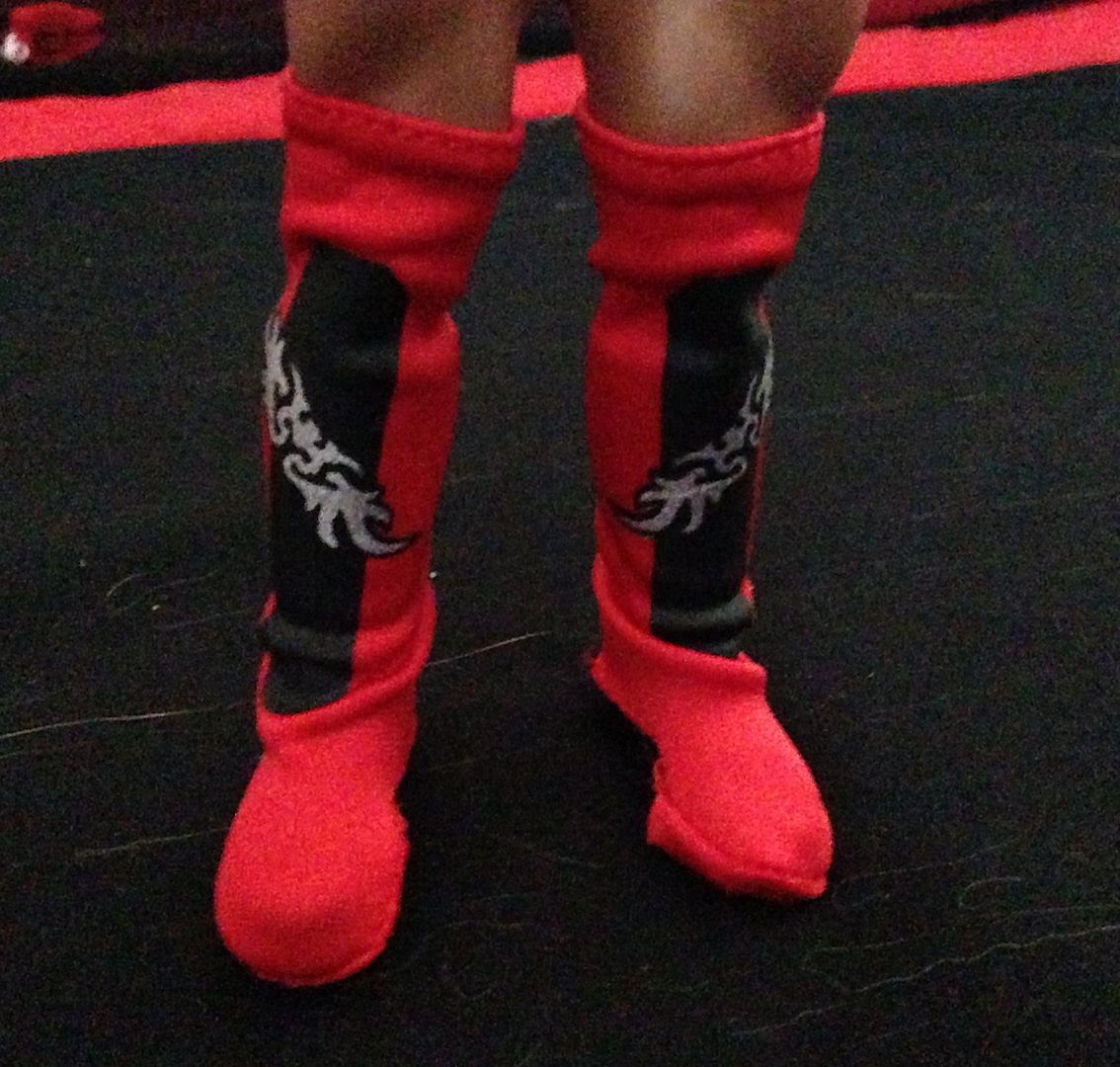 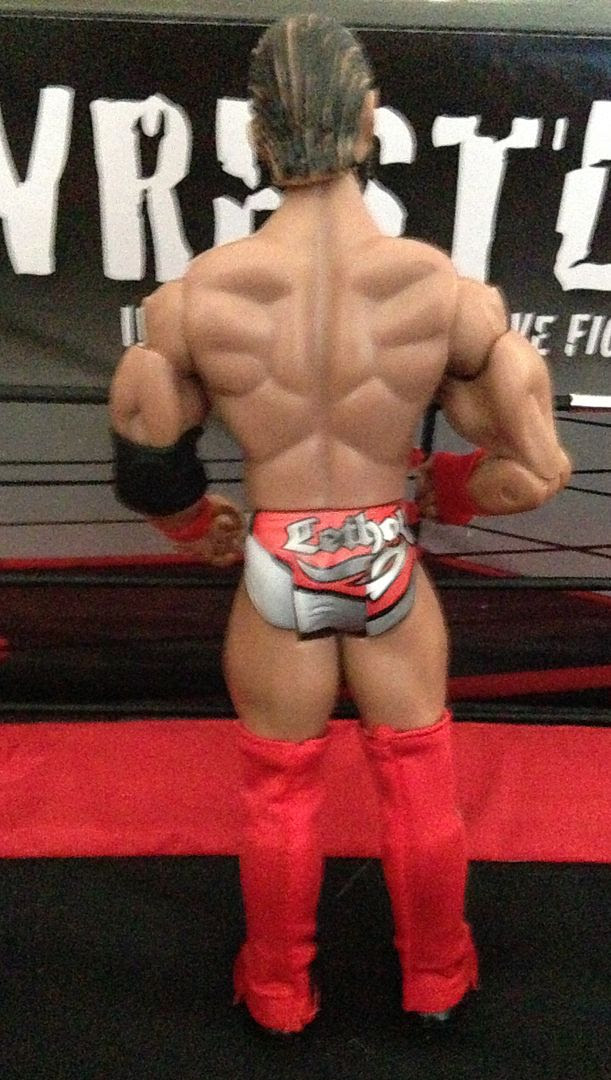 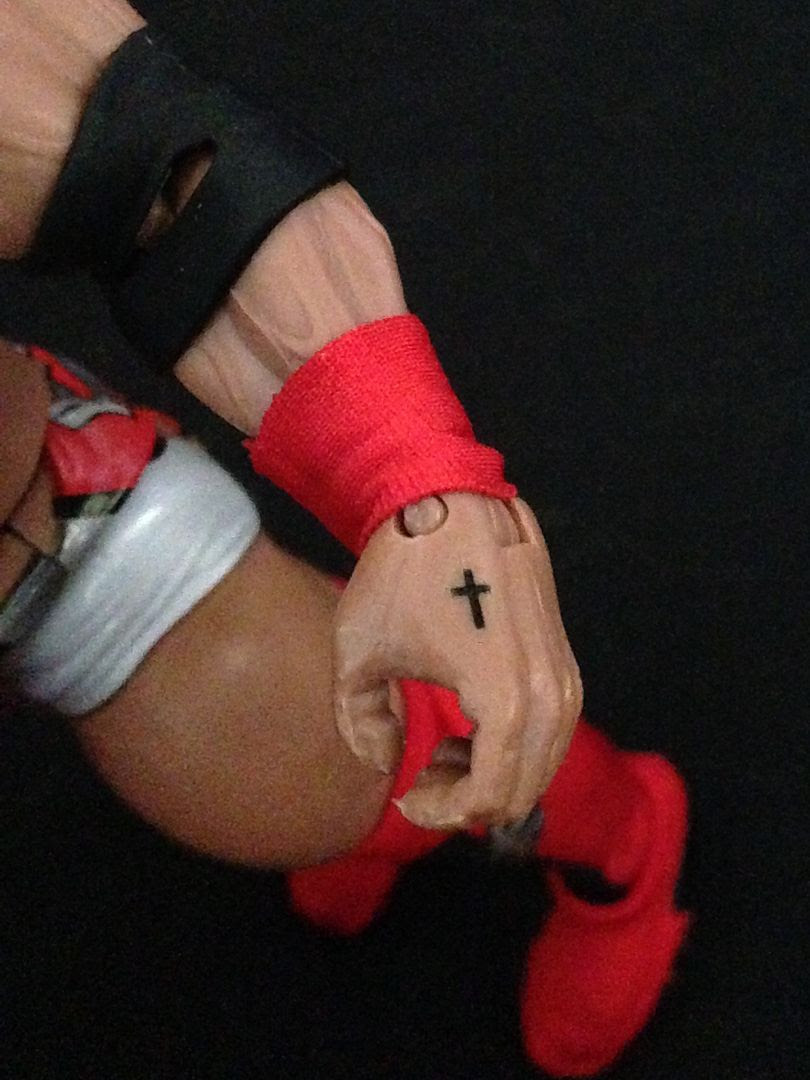 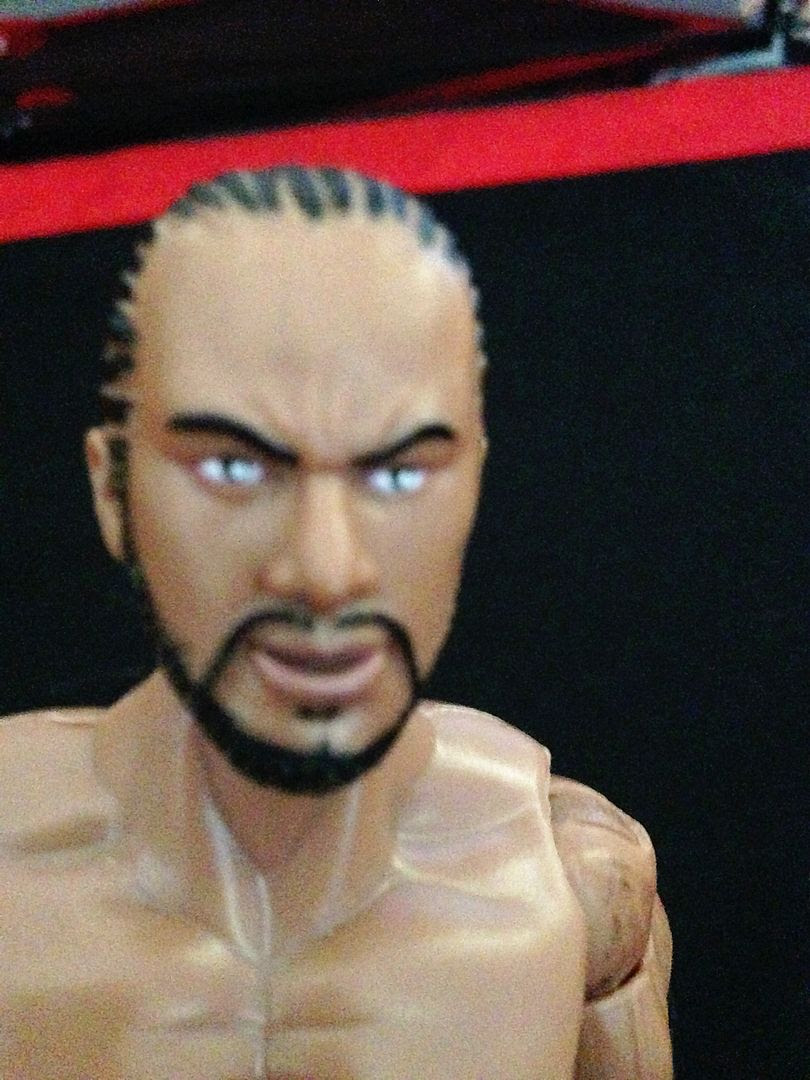 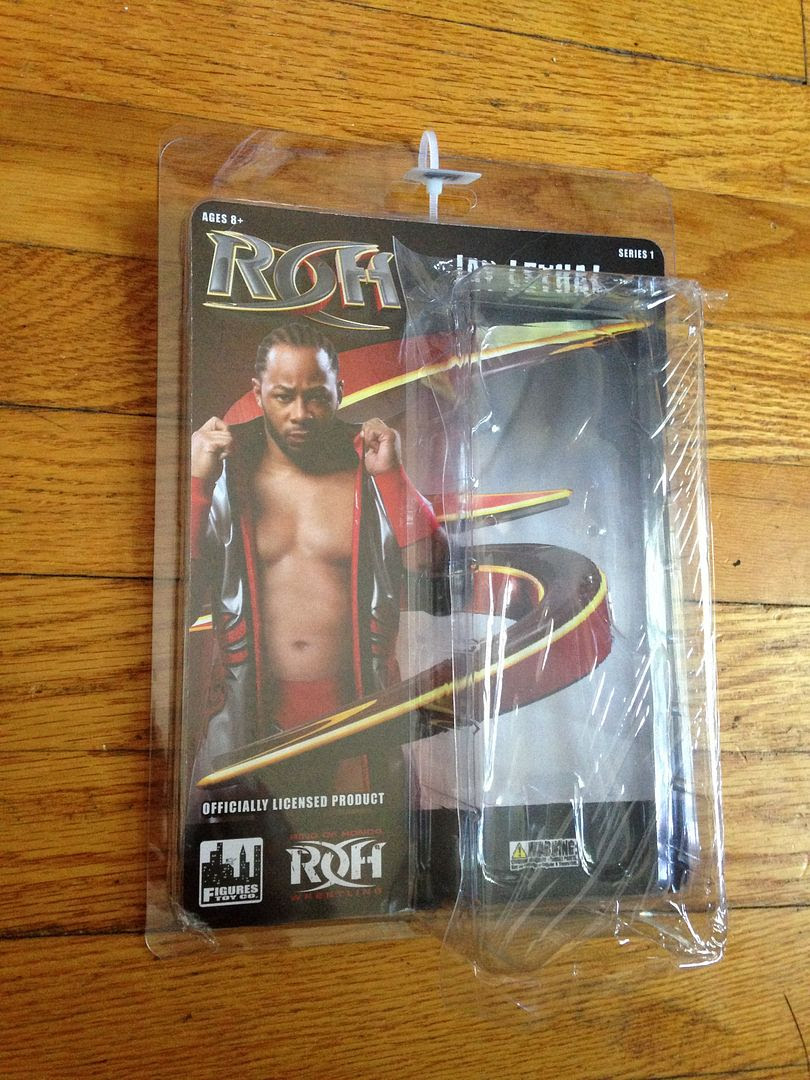 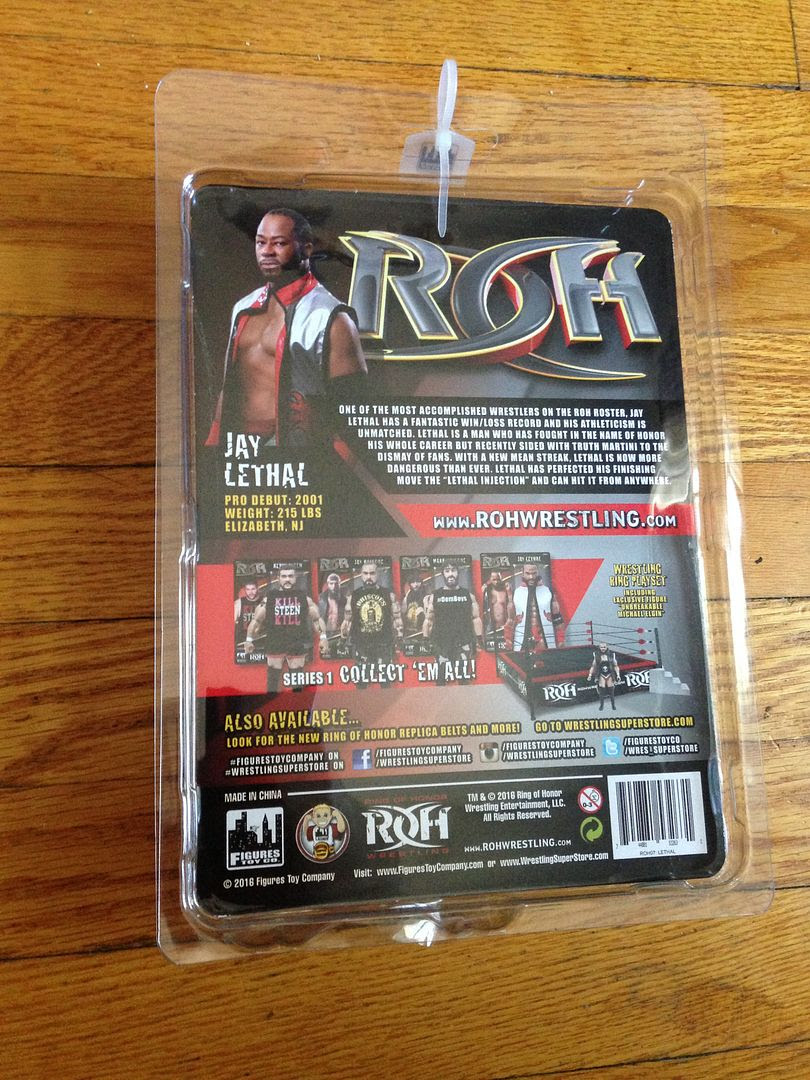