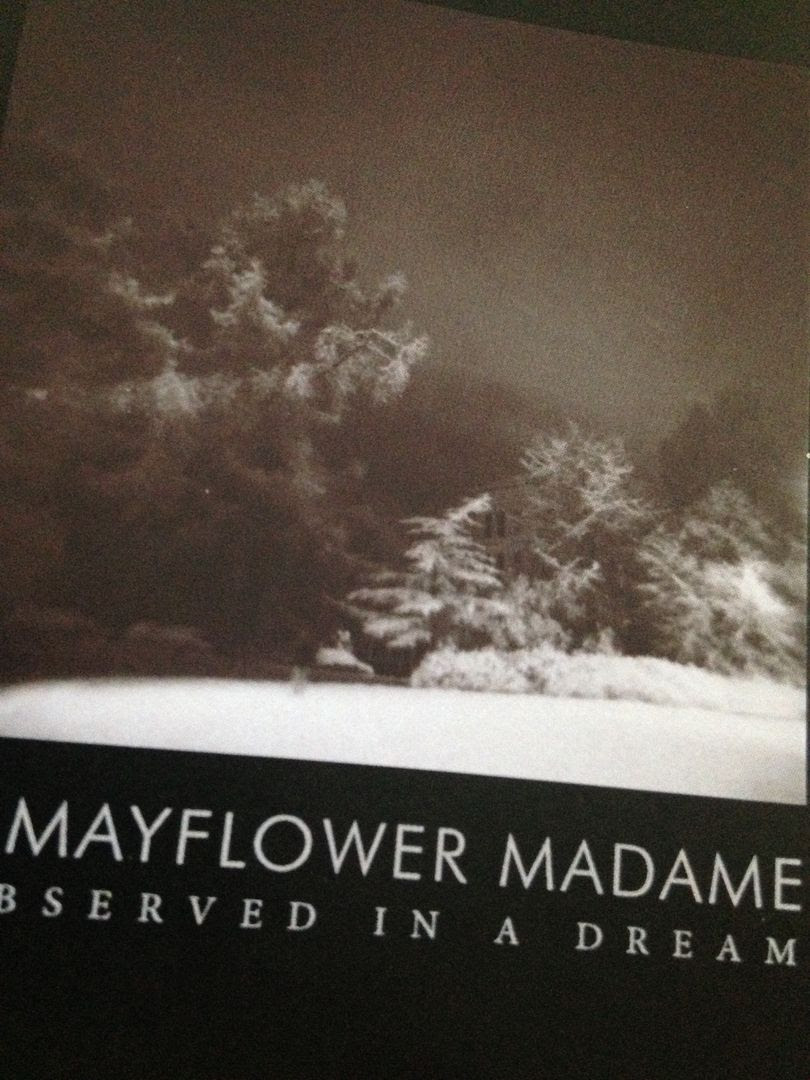 If you take this by the artist name it could have an old-time vibe because of pilgrims and what not.   If you think about it based upon the title then it could become somewhat psychedlic or even a trippy ambient because I just imagine it as being stuck in a dream.   However, while either of these notions could be implied in a larger scale of things, they don't directly describe the music of Mayflower Madame which is all right with me.

Right away this has a definitive sound of rock.   It's slightly trippy like Porno 4 Pyros and then it finds its way somewhere between The Doors and Jim Carroll.   As the songs progress it becomes something darker, something modern and yet something older.   It could be darkwave and there is just this serious undertone to it.   I feel like I've heard it somewhere before but I can't place where exactly.   I begin to think of Urge Overkill, The Priests (the garage band, not the newer band without the "The" before their name) and even to some extent a darker Elvis Presley.

I've never been a big fan of judging a band by one song because that song can either make them or break them and maybe you'll only kind of/sort of like a particular song where as if you listened to this rest of the cassette you'd like the whole thing (or vice versa)  I also think of music and the best albums as being like a puzzle and so extracting one song would be like taking a piece of a puzzle and that obviously wouldn't give you an accurate view of the whole picture.   That being said, if you are one of the types of people who has to hear a song before committing to buy a cassette I'd say that "Lovesick" has that definite hit-single quality to it.

I'd almost want to say that "Lovesick" is the type of song you would hear on the radio had mainstream radio not basically gone to shit.   And then when I think of either college radio or people with internet radio shows they feel like podcasts to me- like everyone has one and so it's hard to find one that can truly be exposed to the masses.   So, sticking with the cassette theme I'd say "Lovesick" just has that quality of being placed on a mix tape and then opening up someone else to Mayflower Madame and changing their world.   If I knew more people in real life who had cassette players I'd probably make more mix tapes and that would definitely be a featured song on it.   (Because it just makes more sense for you to buy this and other cassettes then for me to snail mail a mix tape... But who knows, maybe one day)

From Billy Idol to Jefferson Airplane, from Black Rebel Motorcycle Club to Death Cab For Cutie to even Blue Oyster Cult (Which I had all abbreviated as BRMC, DCFC and BOC, so that was a fun group of letters to look at), "Observed In A Dream" channels the darkness of the past while also exploring the potential of the future and, well, if Mayflower Madame continues to put out cassettes like this then I must say that the future does not look bad at all. 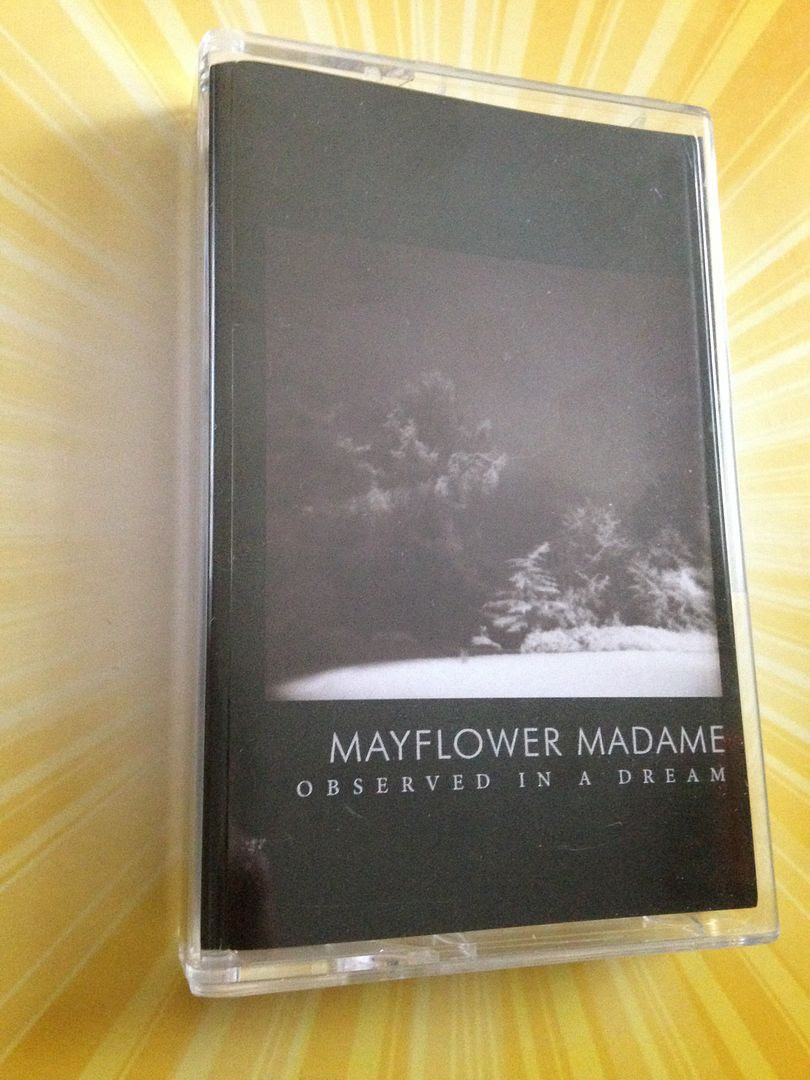 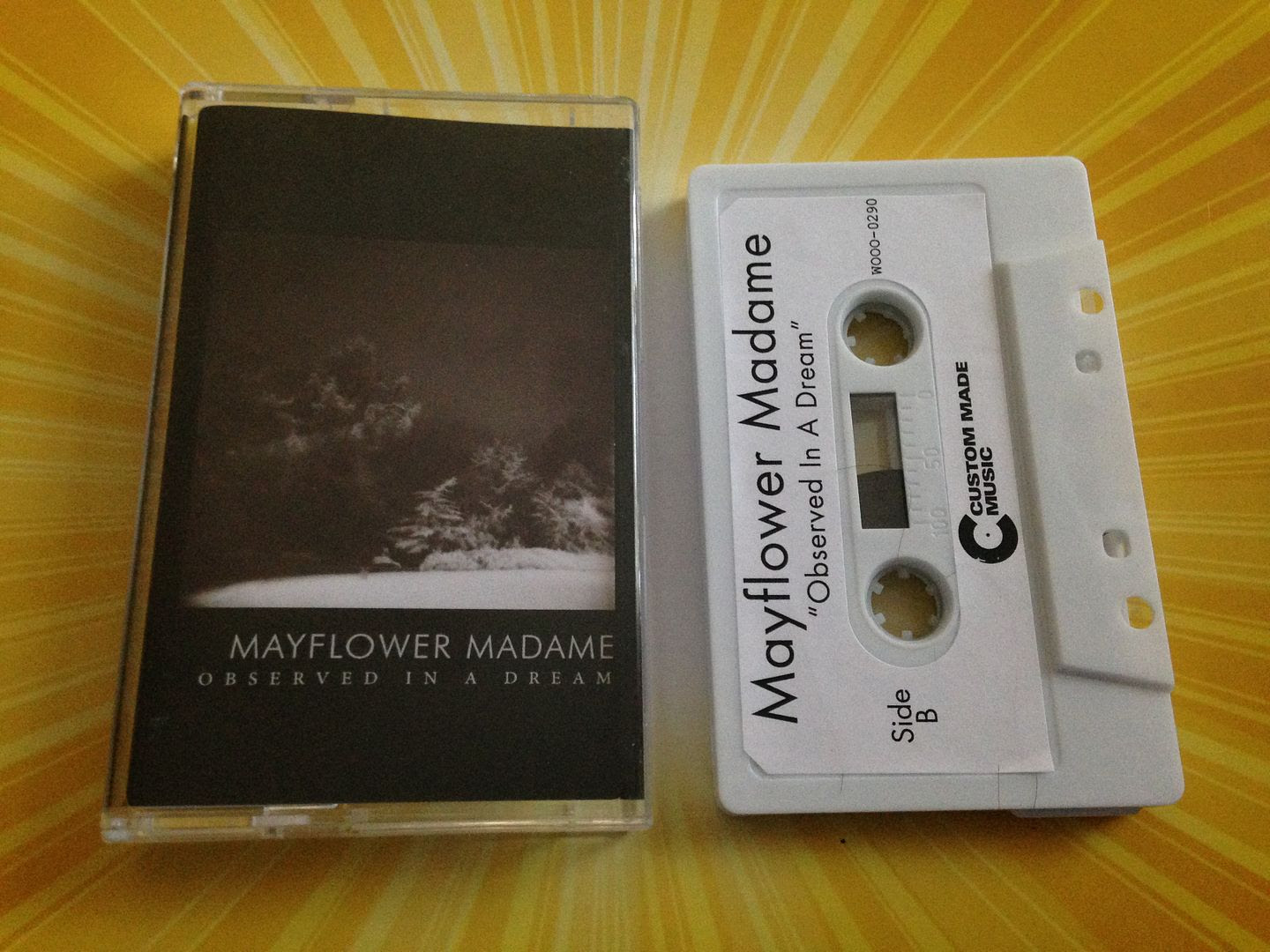 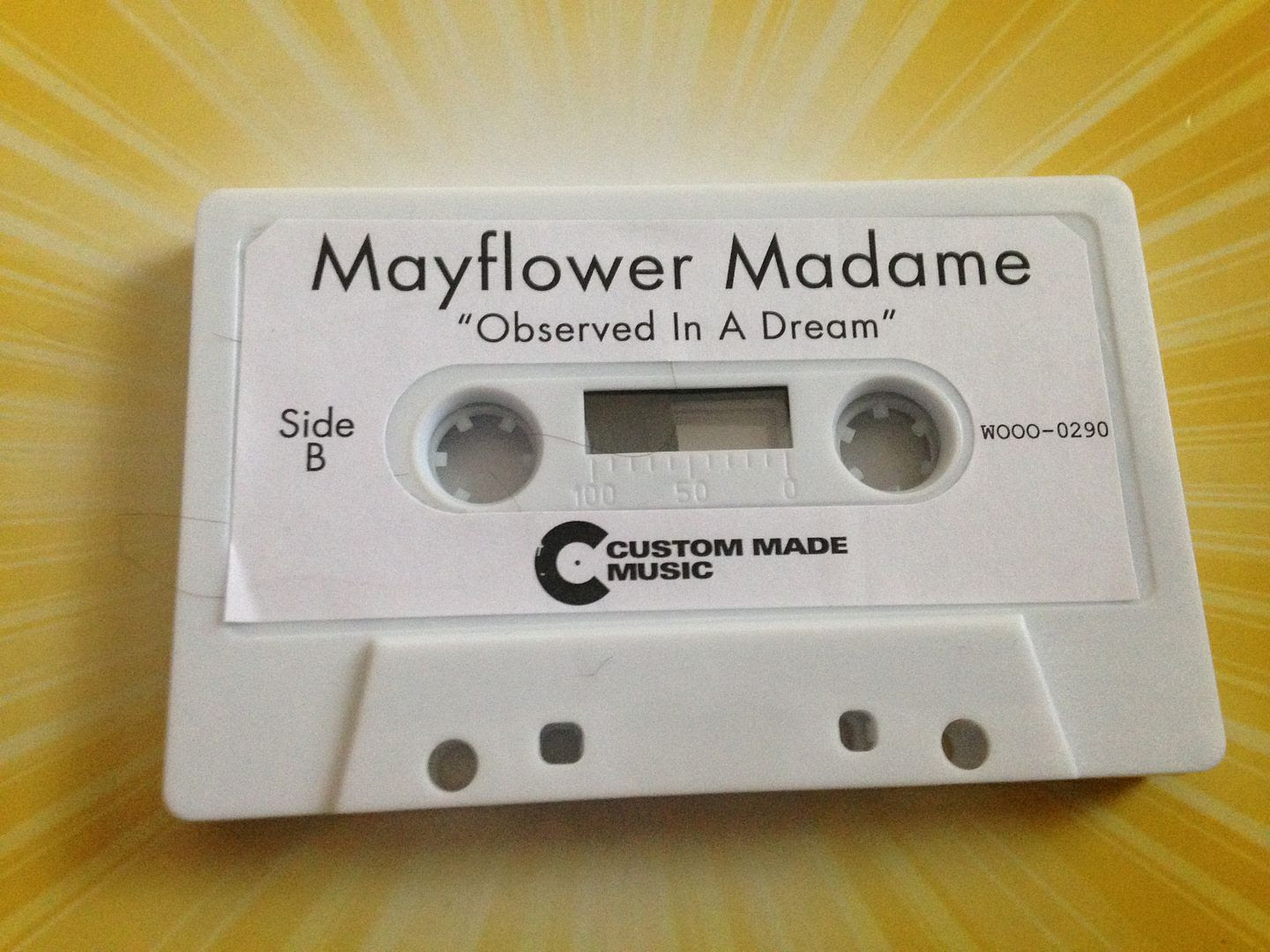 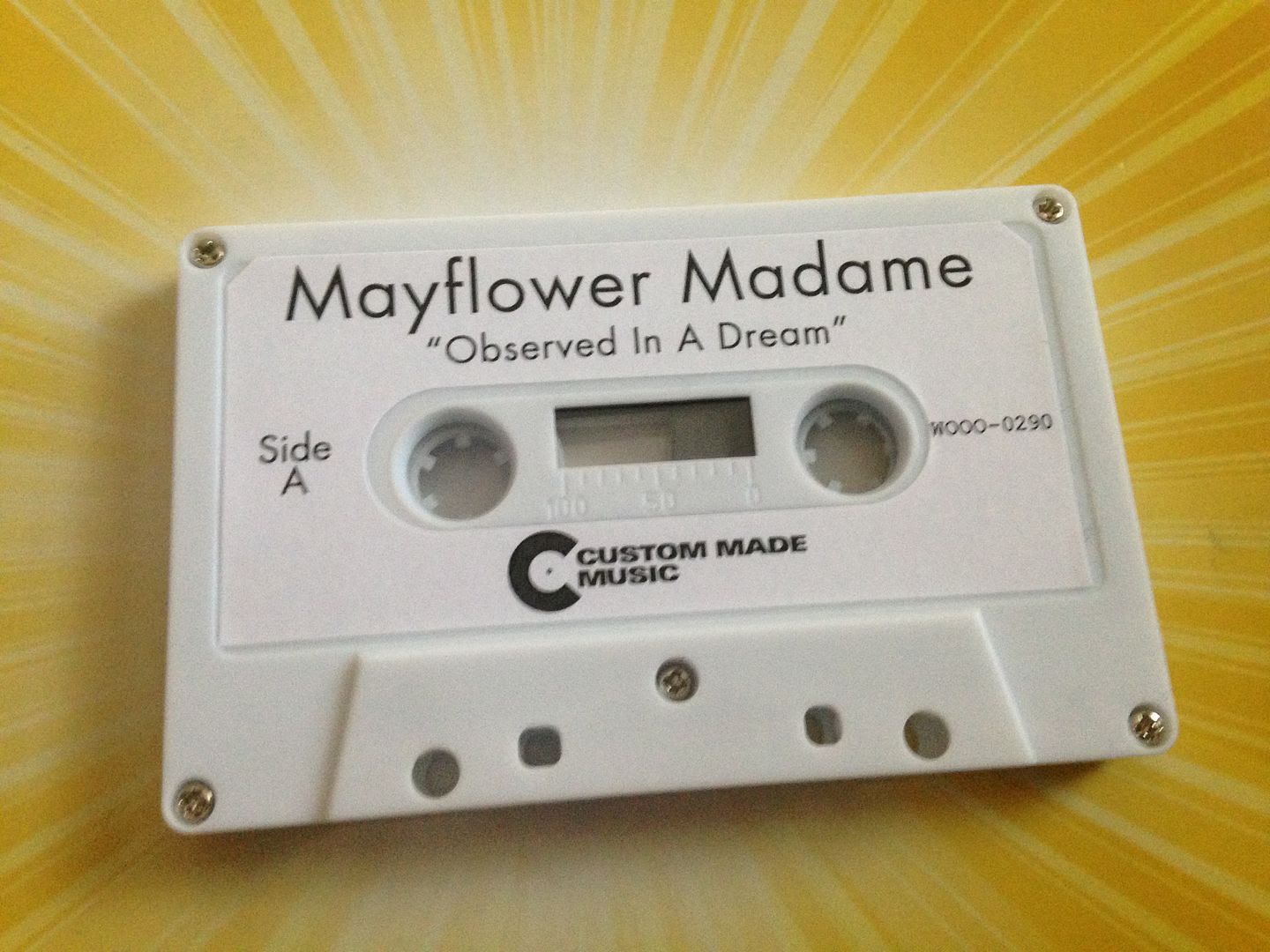 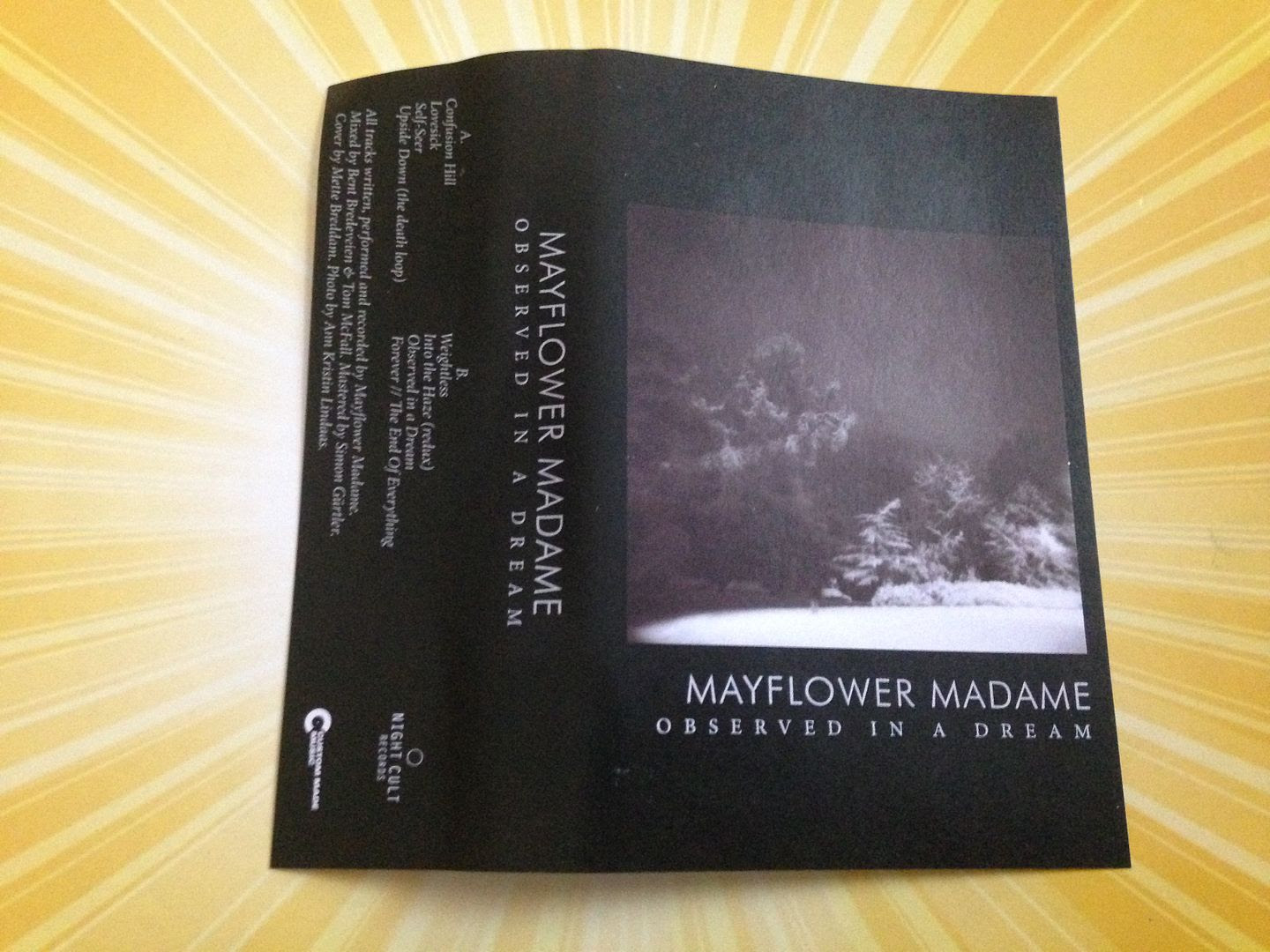 Posted by Joshua Macala at 6:31 PM