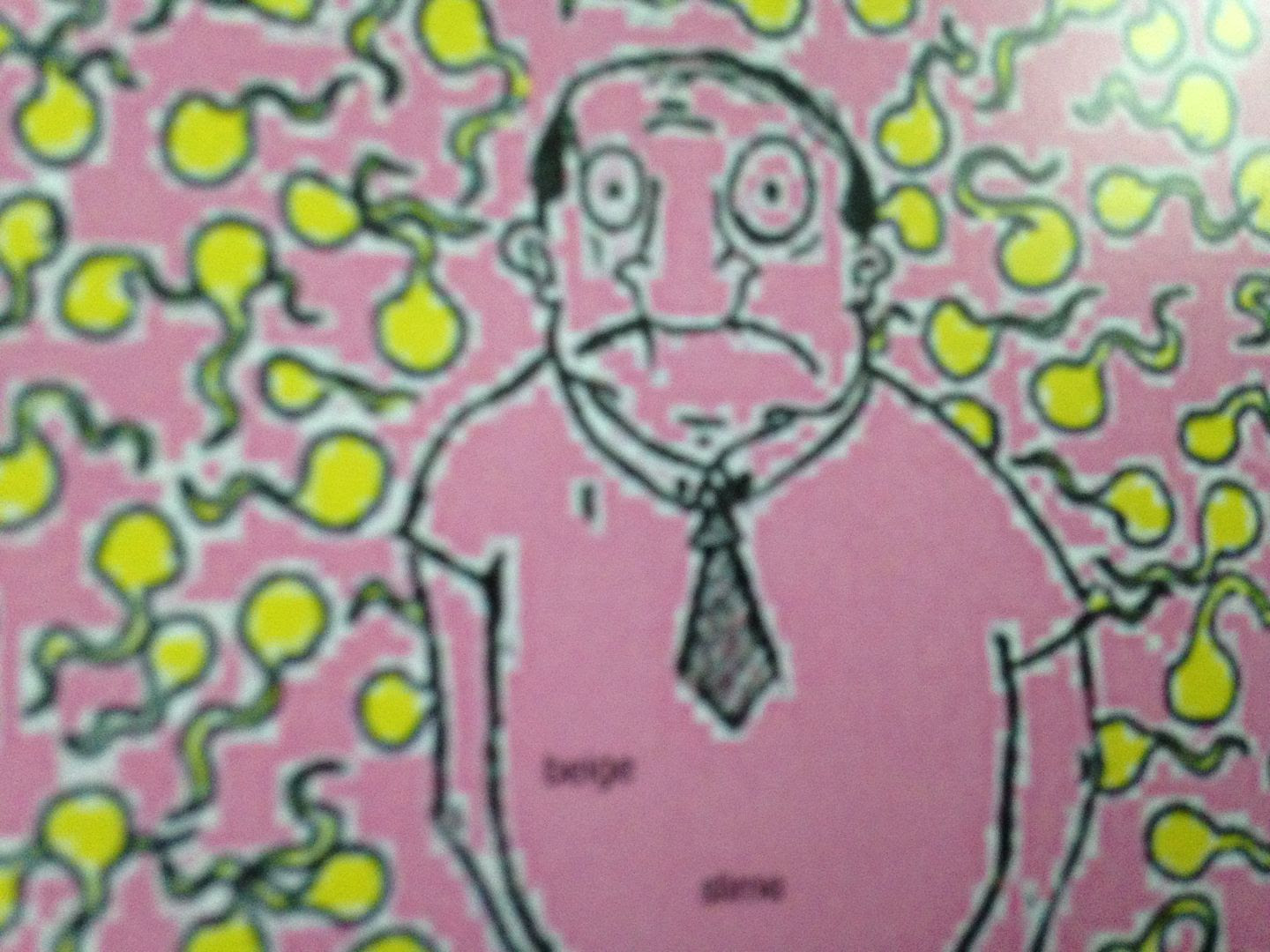 One of the first things you should know about the cassette "I Rake Voids" is that it comes with a 'zine type of thing which has both words and images in it.   If you listen to this cassette while looking through it- or even listen to it and look through it afterwards or before- it does seem to enhance the experience in some way.   I'm not sure why more people who create music on cassette don't publish little 'zines with them like Beige Slime has done here since both seem to be in the d.i.y. mentality and it can offer up the written and visual side of art just as well as the musical side of it.  (I always assume most musicians are also talented at things such as drawing, which might not always be true but for Beige Slime it is)

The sounds of Beige Slime can be broken down into three different ideas, though at times they overlap and at other times they do not so it just depends upon when you are listening to this cassette that you will or will not hear them.    "I Rake Voids" opens with this acoustic sort of banjo sound and birds chirping.   This is what I like to think of as the "experimental" side of this cassette as it can also come out later on as synth/electronics/Transformers, whooshes, audio clips and even just chicky-chicky wah's.

There is also an element to this I like to call the "rock" side which has cymbals, guitars and, yes, even vocals.   It falls somewhere between Sprung Monkey, Primus and even at times Violent Femmes.    Though at one point we go into the carousel ride instrumentally when the vocals come in we switch up to that circus feel and that reminds me of Gatsbys American Dream as well.   So it's not just one of those things where it's "Let's throw in some vocals too" because if you really broke these songs into pieces this aspect of it could certainly stand on its own.

The third and final piece I hear in these songs- which you will hear a bit of as well- is simply the telephone.   Back before cell phones but after the old rotary phones we had the push pads and that seemed like such fancy technology (Imagine the cordless phone being innovative and yet if you strayed too far it'd cut you off)   From the touching of keys as if dialing a number to the sound it makes when ringing- which I guess could both be found in modern cell phones as well- there is also this added element of beeping which was found when you left the phone off the hook.    I suppose you could dial a number which doesn't exist or is somehow broken and hear this same beeping in 2016 but it will always remind me of my youth more than anything else.

From laughing to crying, violins to fast paced surf rock, Beige Slime does it all in intervals and sometimes even all at once.   You have a visual companion for these songs but as I said at the beginning that it just enhancement for this cassette.   You could listen to these sounds on their own and find enough in it to last you two lifetimes and yet you have this guide of sorts printed out with you to open you up to even more levels of pleasure and adventure.   This really just ranks up there as some of the finest music I've ever heard with the likes of Erases Eraser and that's one of my favorite artists right now. 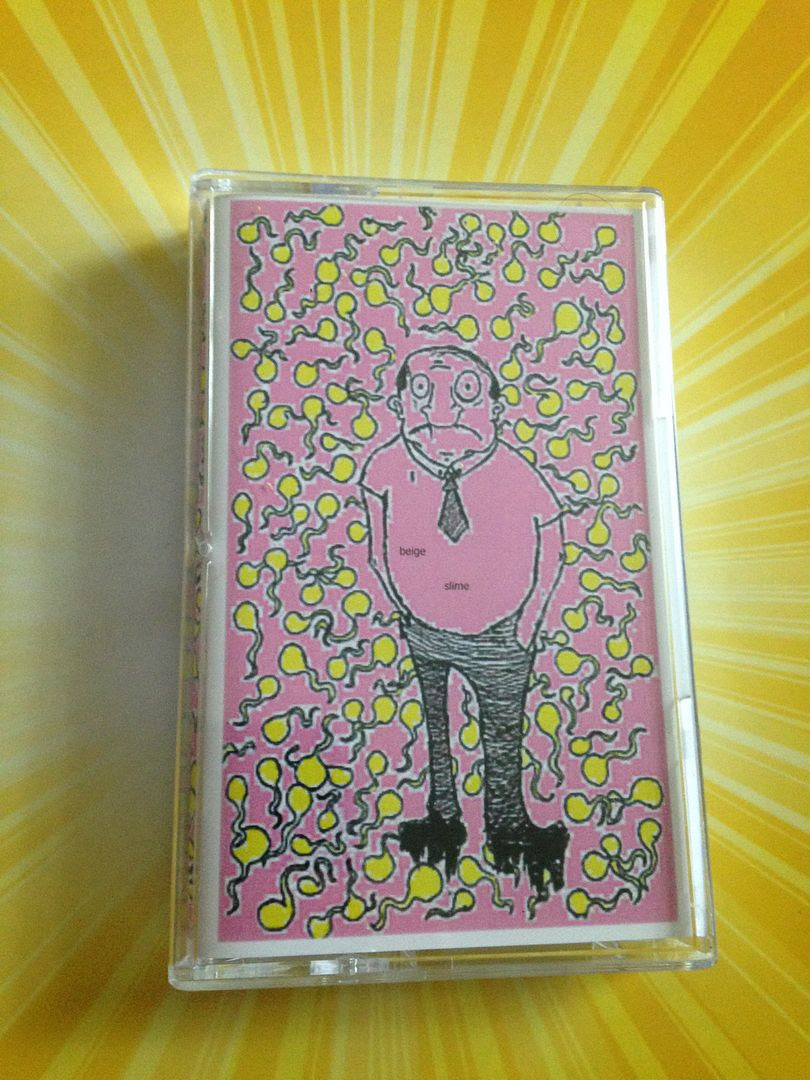 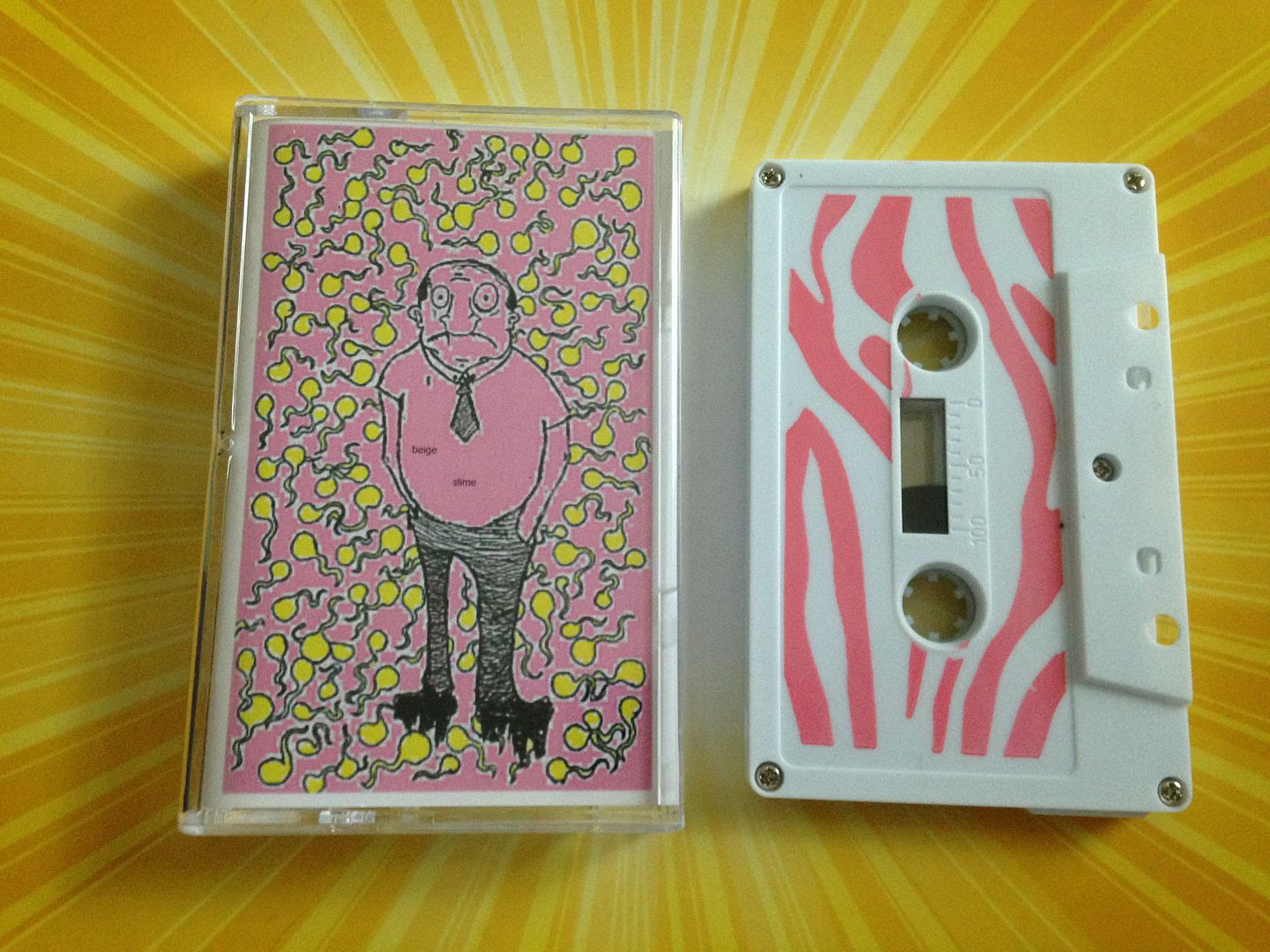 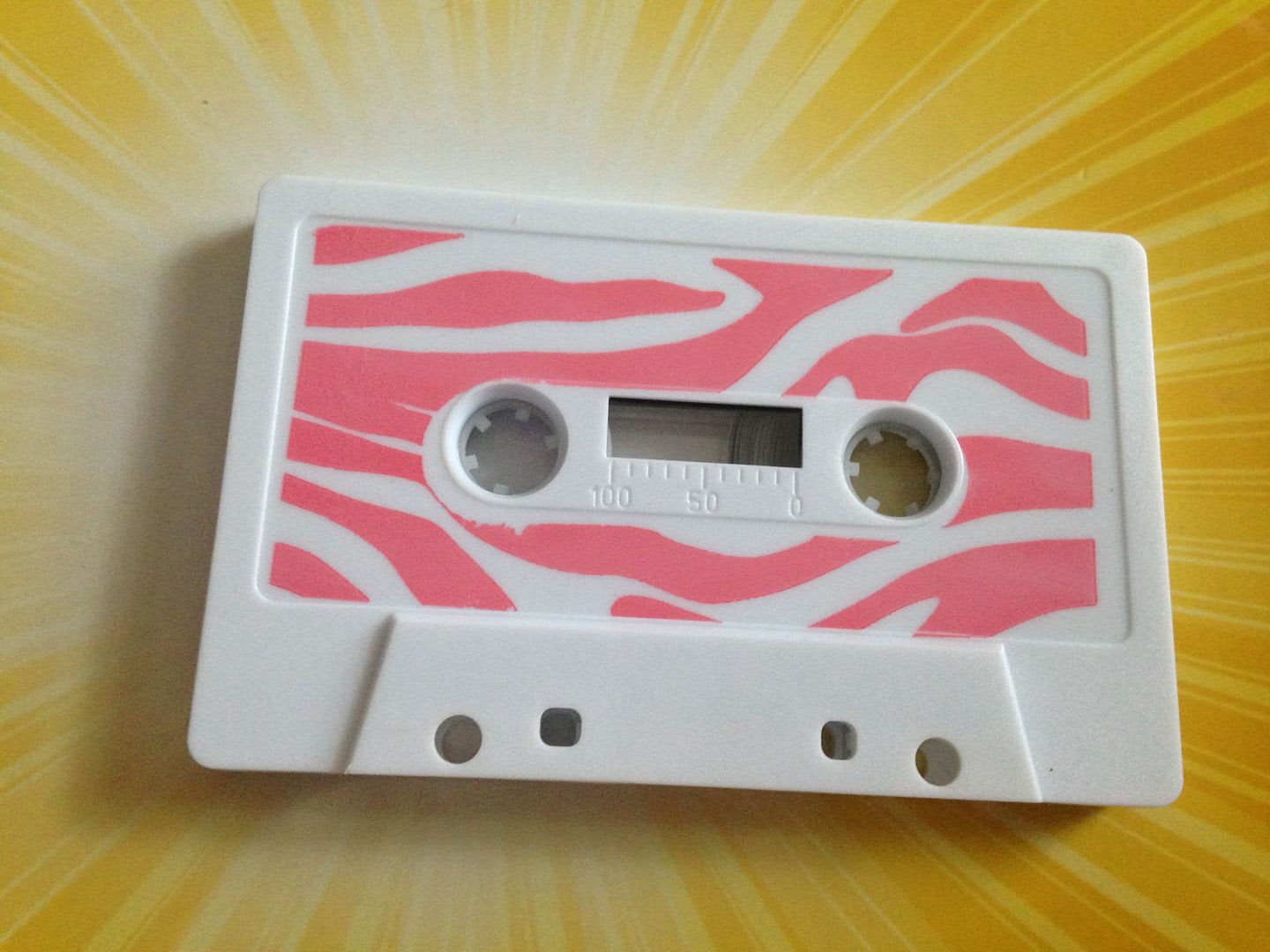 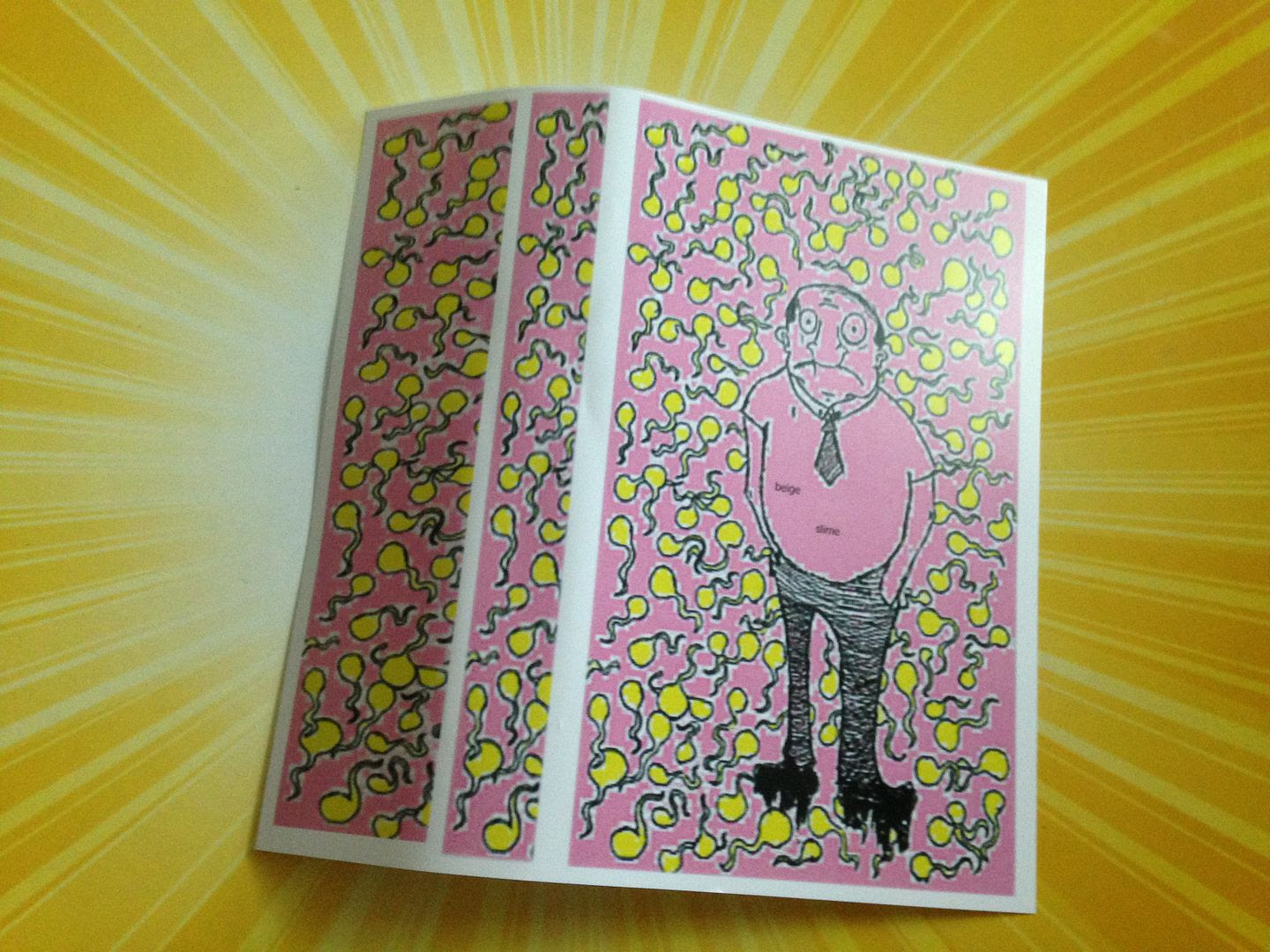 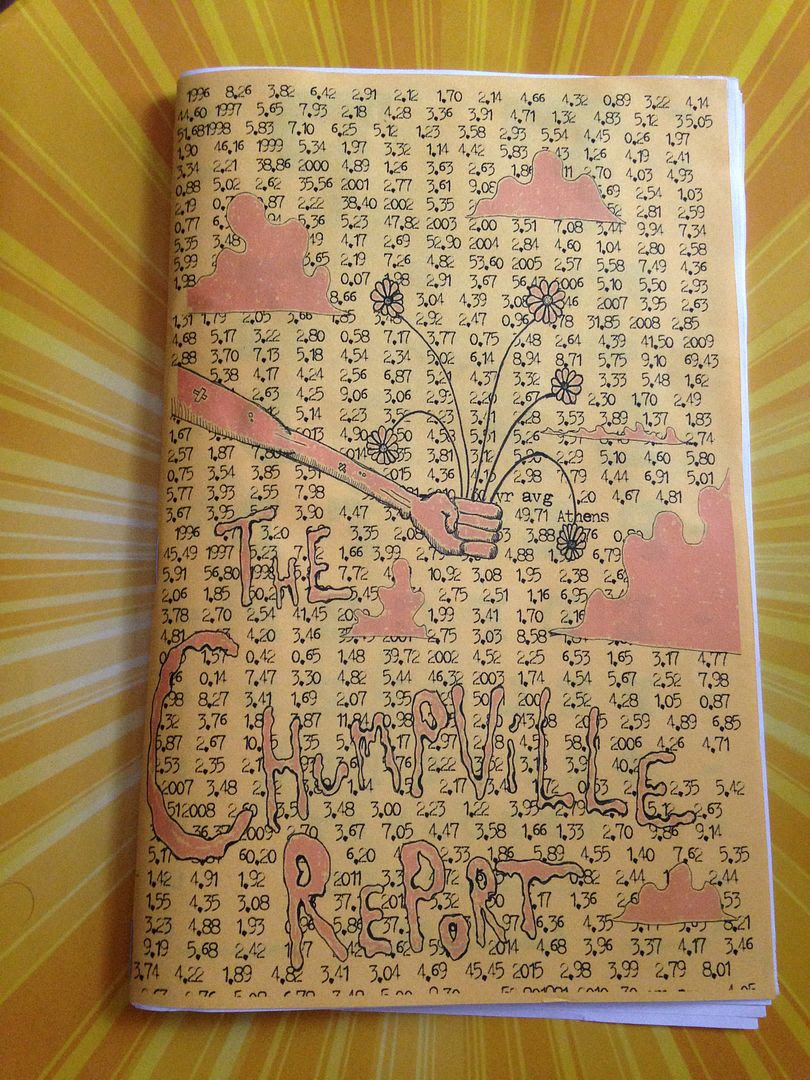 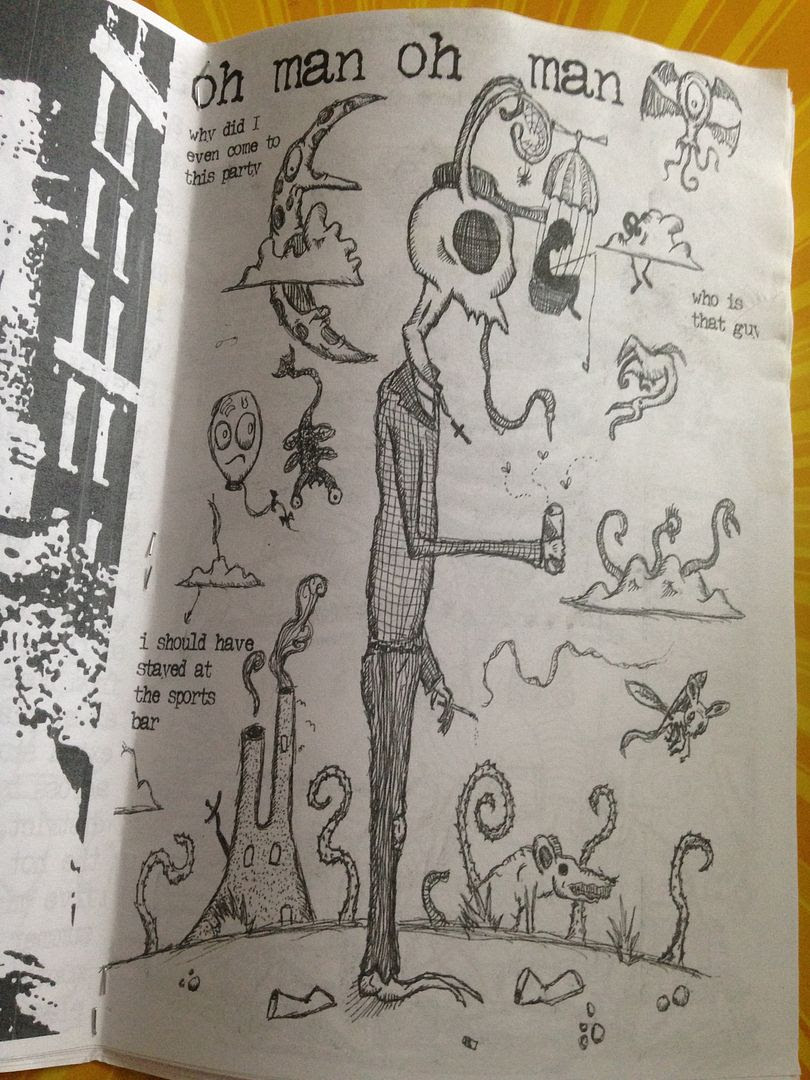