On Saturday, June 11th, we went down to Danbury to see the Westerners play baseball for our first time there but before that we went to a nearby Target which was having a sale for 50% off WWE Elite figures.   We had seen Bo Dallas, DDP, Bray Wyatt and others before this, but for the first time in quite some time we saw Stardust at this Target.   For $10 it was worth the price alone just to get the modern tag team belts that Stardust comes with, but this is also our first (and it might be our only) Stardust figure.

Cody Rhodes recently asked for his WWE release and so I won't get into this long rant about him as a wrestler or anything, but when it comes to Cody Rhodes (and Stardust) as action figures I'm not sure why but none of the figures ever really clicked with us.   I was kind of waiting for an Elite purple version of Stardust, but we just never really saw a figure of either Cody Rhodes or Stardust that made us go, "Yeah! We need to get that!".

This figure represents the era of when Stardust was teaming with his brother Goldust and they were tag team champions, obviously.   There is a matching Goldust in Elite 36 and along with a Bray Wyatt we keep seeing but Quentin has no interest in they are the only two figures from E36 we don't have.   If I see that Goldust for $10 I'd probably buy it but who knows.    At this point, I was just happy to find this Stardust because of the tag team titles and for the fact of not yet having a Stardust figure.

The details on Stardust are rather great.   Mattel really went the extra step painting him and I appreciate that about this figure.   When we went to Target and I found this figure and we bought it, Quentin was asleep.   I ended up opening it up in the car and then hung him upside down from the handle above the door using a giant elastic, so Stardust was essentially looking out the window at other cars as they passed by.   Quentin woke up and wondered why he was there, but I just found the trip to this Target (which was technically in Bethel) to be bizarre because there seemed to be a lot more people there from New York than CT.

Many of the same reasons why I like Goldust as an action figure are why I like Stardust as well, something I didn't really think about when passing on Stardust figures previously.   The face paint sort of gives him a mask feel, which in turn sort of makes me think of him as a lucha libre character to some extent because even someone like Hell Bros. wear the face paint like this.    Having our Basic Goldust is cool, but having this Stardust go with him is even better in some ways.

When we got home on Saturday night (and it was late, even for a Quentin who napped), Quentin put the tag team titles on The Dust Brothers and they went on the fight the Lucha Dragons.   I put the tag team titles on Bebop and Rocksteady, which Quentin did not approve of, but yeah, they appear to be staying with The Dust Brothers for right now, as they defend them against Lucha Dragons forever.     I even put them on Finn Balor and Hideo Itami at one point, but Quentin keeps bringing them back home. 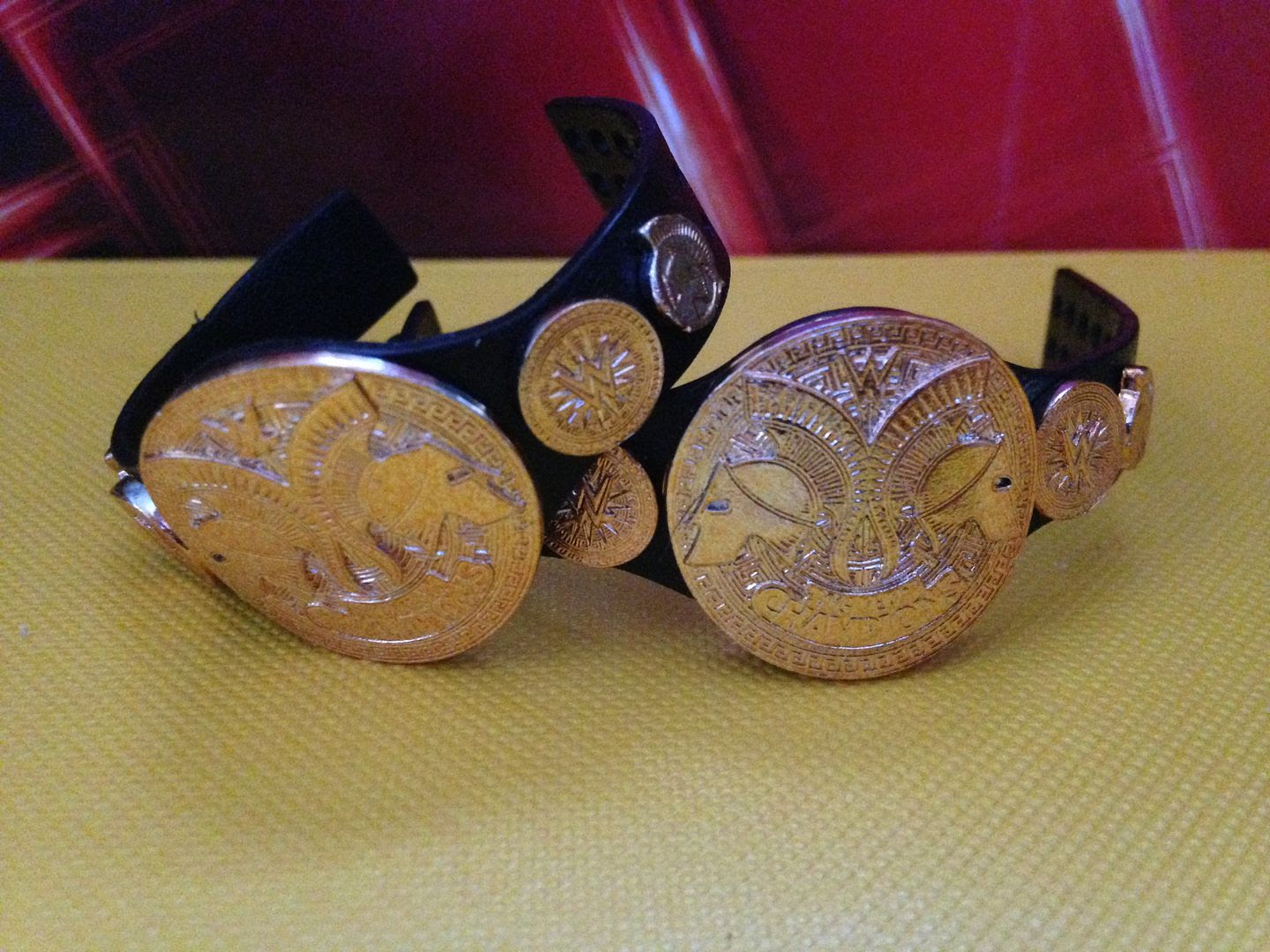 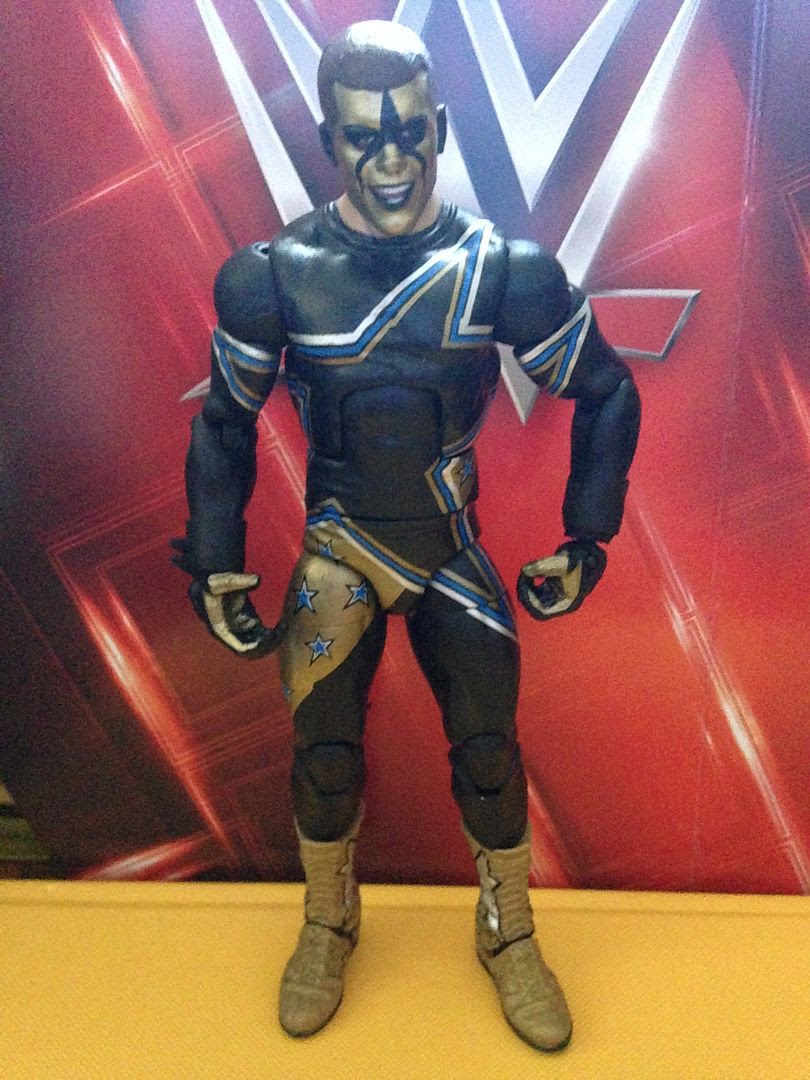 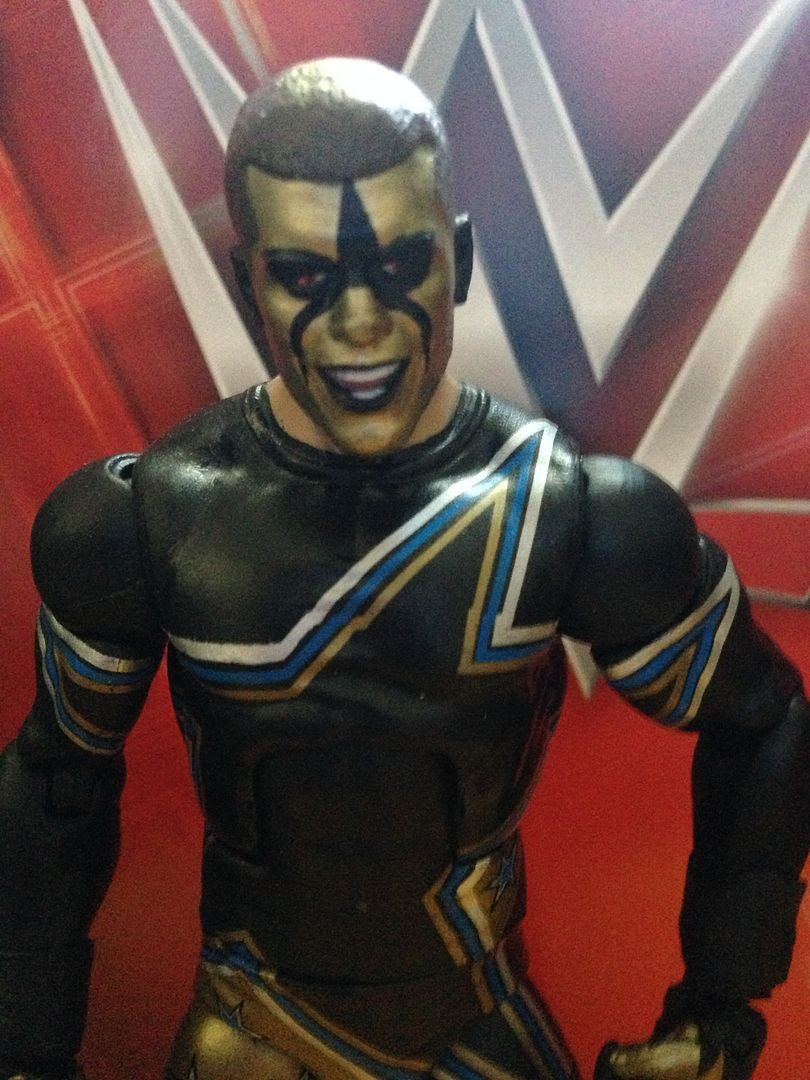 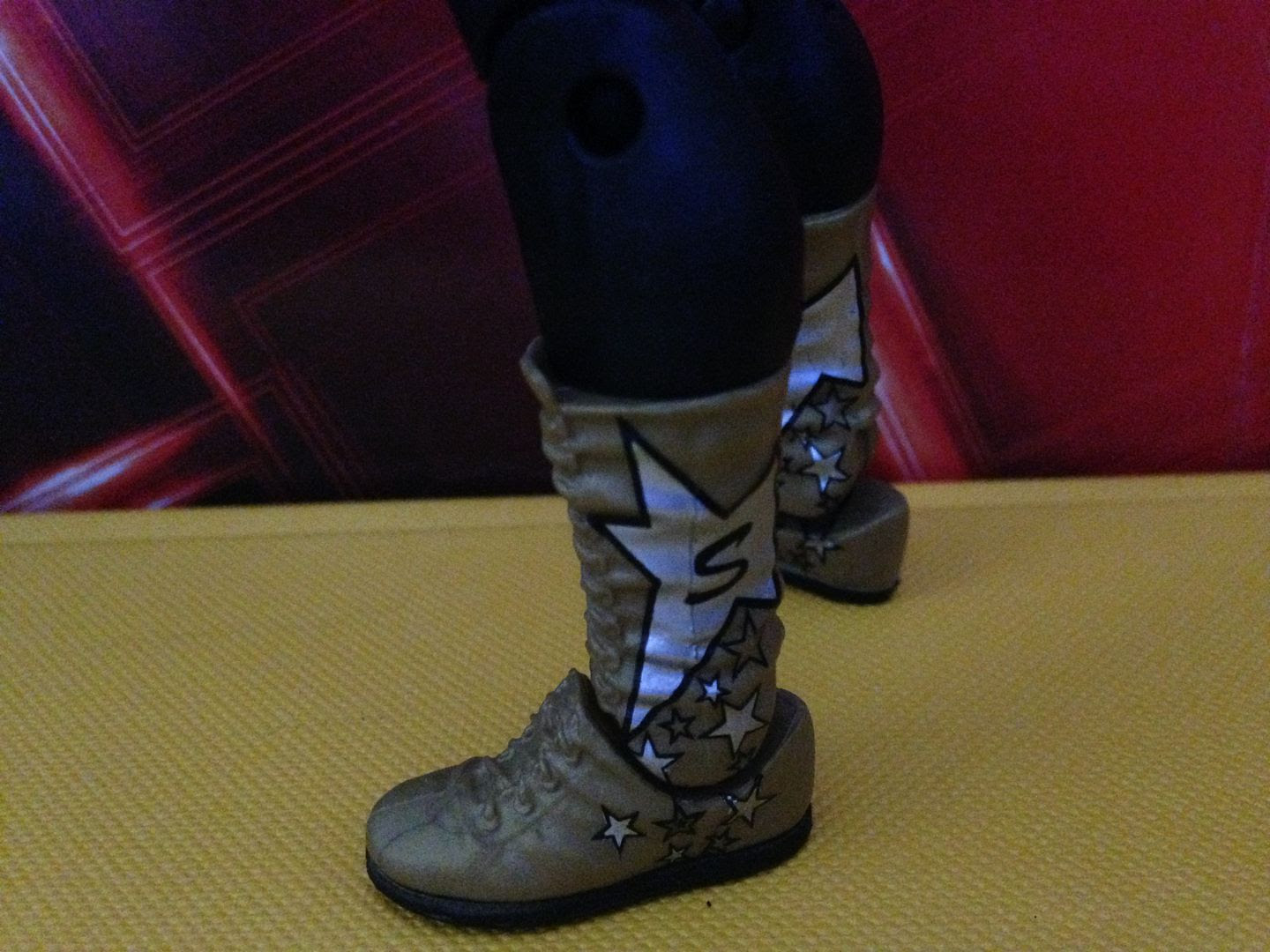 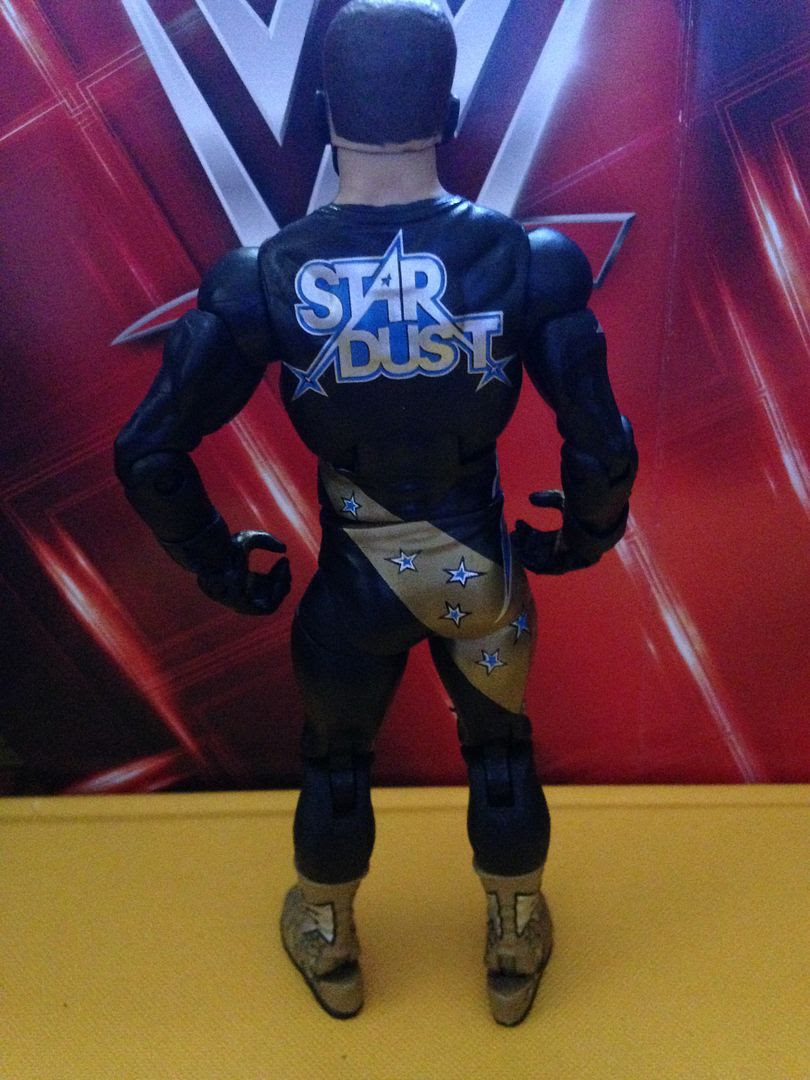