Well, this action figure is a bit of a mess.   The first thing I learned about it is that the mask does not come off of Casey Jones.   This was strange to me as previous Casey Jones figures have had masks which could come off and so I can only assume it is because Playmates didn't want to try and make a likeness for the actor who plays the titular character in "Arrow".

On top of that, he comes with a hockey stick which is made of a rather flimsy plastic.   What was wrong with the hockey sticks previously included with Casey Jones figures?  You couldn't just paint one of those black?  If you put this into both of his hands, it bends and twists... Just like in real life.   Yup.   Such a strange way to make a weapon which, you know, shouldn't go limp but does.

Casey Jones' other accessory are rollerskates but, um... How do I say this?  I wasn't sure what they were when they came out of the package.   I wanted to put them either on his knees or elbows, like padding of some kind.   I had to do a google search for this figure, find someone else who reviewed it and see what they did with these things to figure out that they went on the feet as skates.   Would it really have killed Playmates to give us a photo of Casey Jones on the back wearing these things?

This is our fourth Casey Jones figure, the first not from the TMNT12 line and, meh, we should have just stuck with the TMNT12 line.    His skates aren't a big deal to me because at least he can stand on them (He kind of stands better with them on) but the hockey stick shouldn't be this way and there is no excuse for it.   Had I known about that and the mask not coming off beforehand I might not have bought this figure, but Quentin still would likely want it and so we'd get it when it went on clearance or something.   I don't know.   It's not my favorite Casey Jones figure, but it completes our Out of the Shadows collection since I really don't care about Splinter, Shredder or a Foot Soldier. 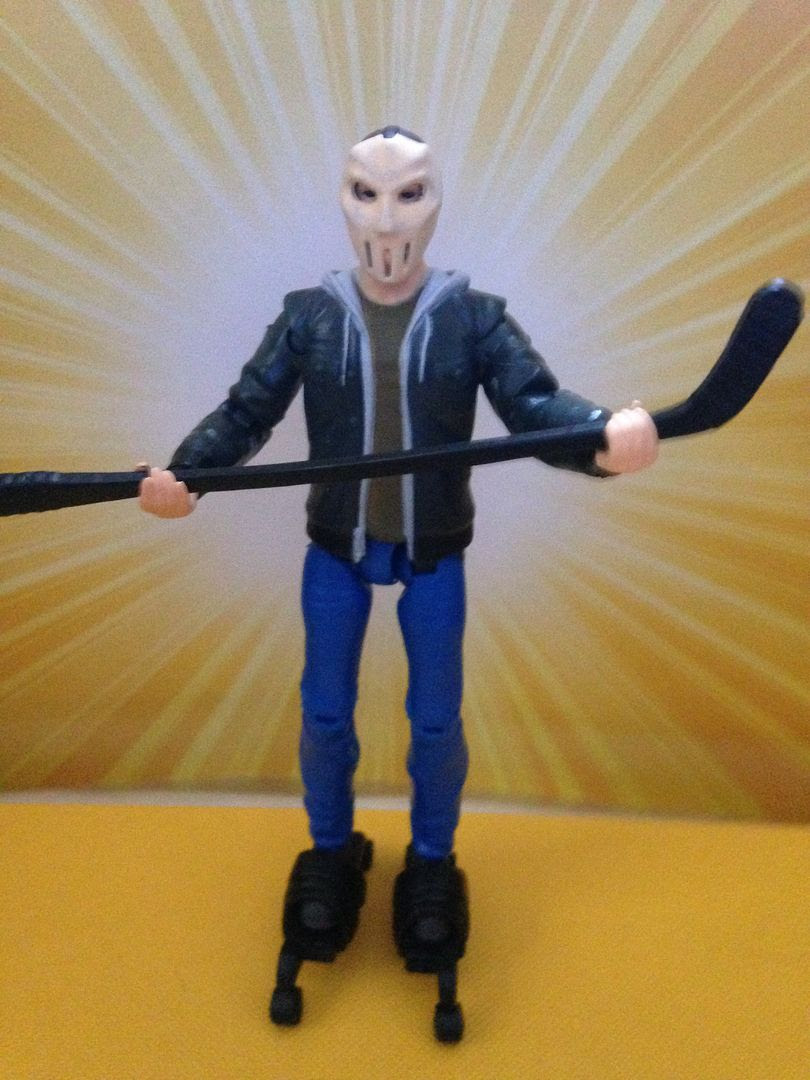 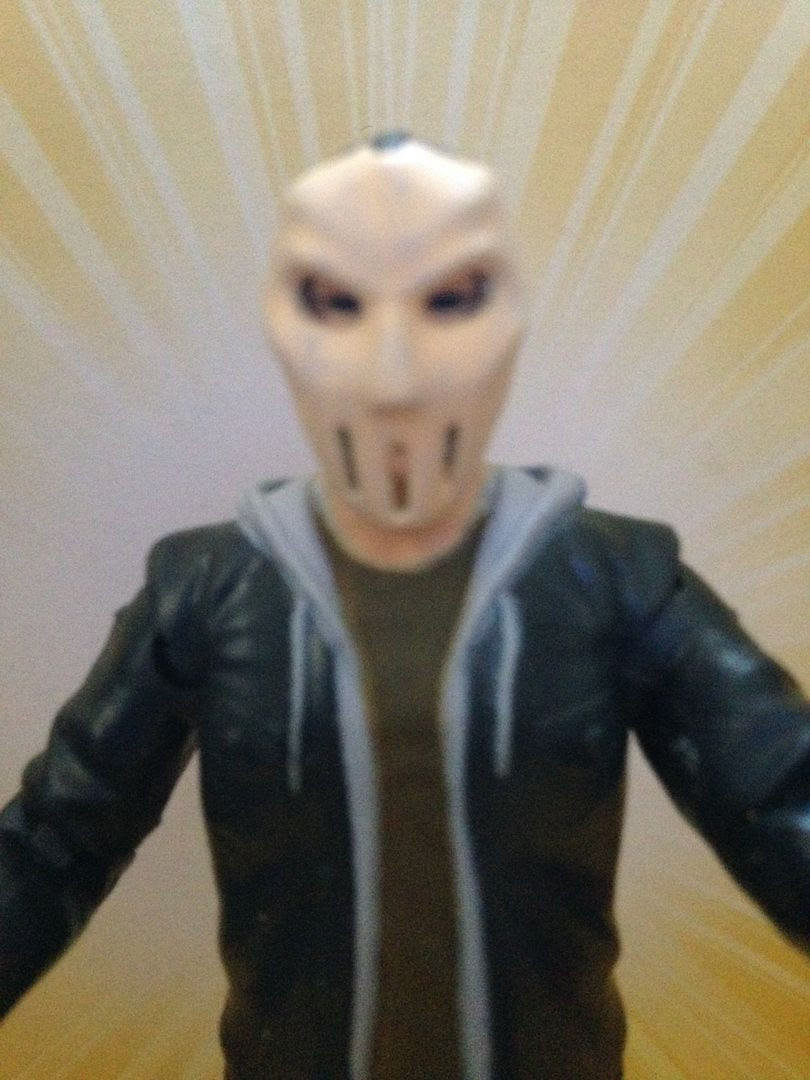 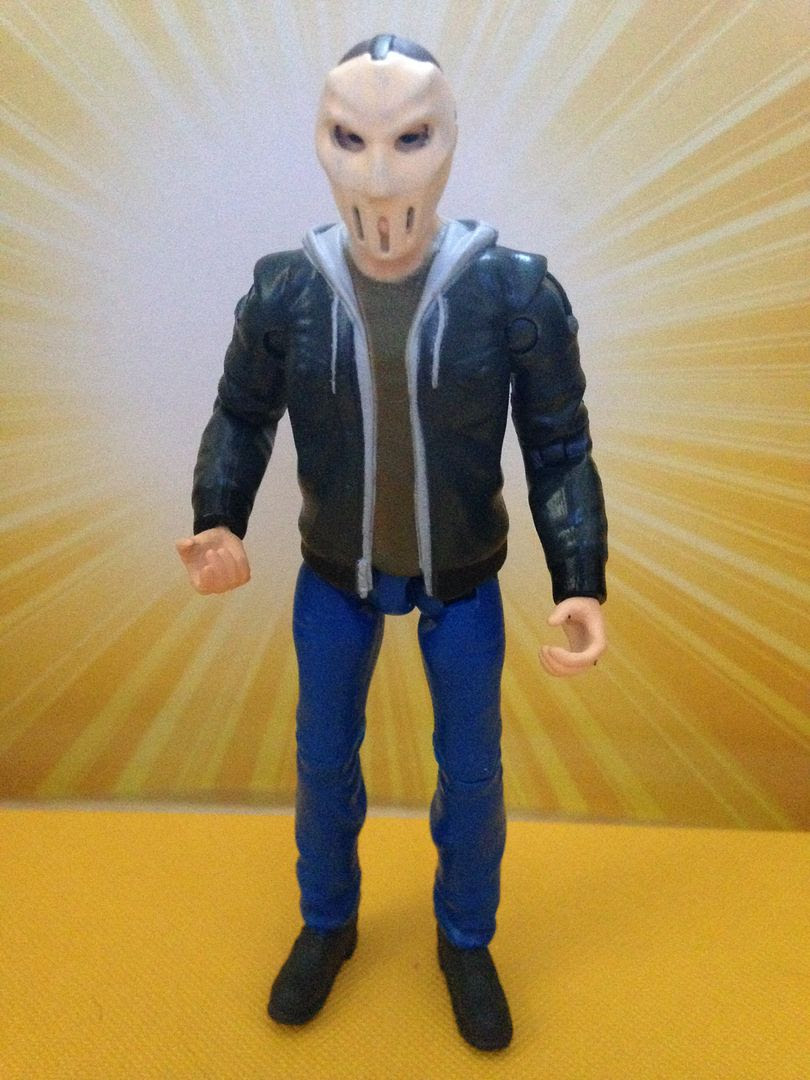 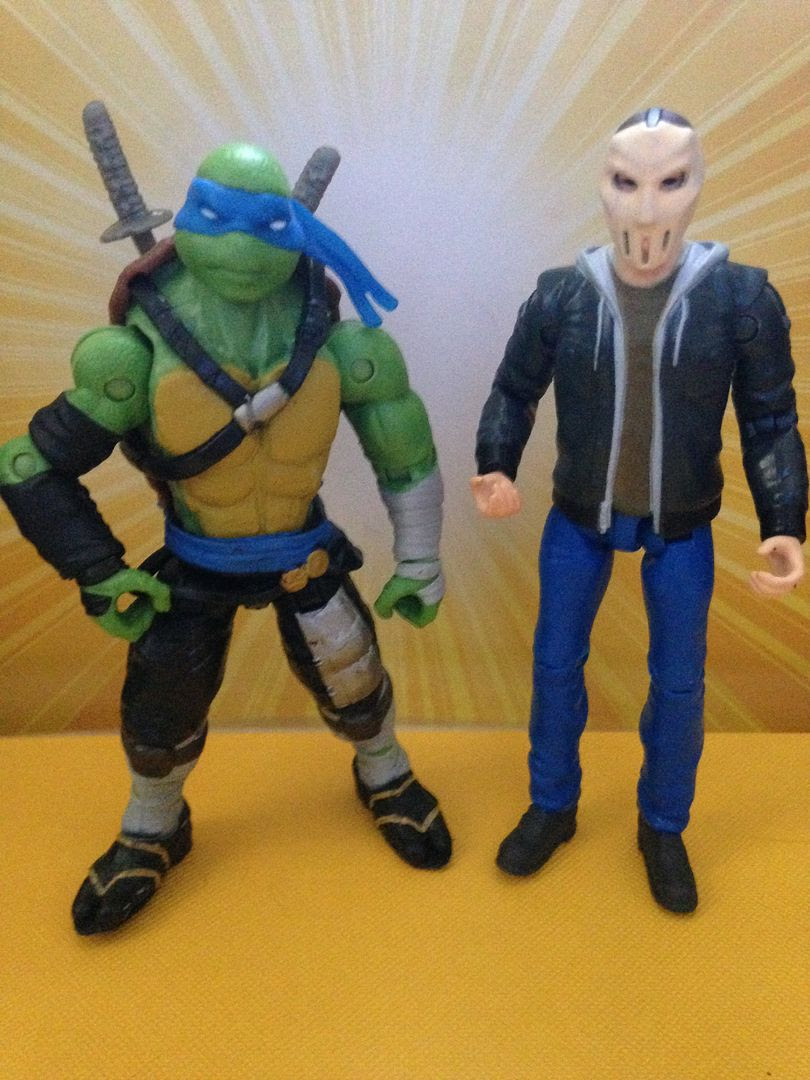