When a sequel to the previous TMNT movie was announced and characters were shown I was under the impression that we'd likely be getting Bebop, Rocksteady and the such but not another set of the four Turtles since I expected them to be the same as the first movie.    Then prototypes were shown and we learned that they actually were not the same and I began wishing that there was a box set for them much like there was for the first movie as well as Dimension X.    At Target one day we saw this box set and not only does it include all four Turtles, it also has the two bad guys we really wanted so it works out.  It went on sale at Target for $45 and with the Target red card we got another 5% off, so we decided not to wait for it to go on clearance or half off and just buy it now.    Seeing as how we already have the Kraang, there won't be that many more figures we need from the movie after this.

There are a decent amount of changes in the Turtles themselves and I feel like the pictures do that justice best, but these Turtles just look brighter somehow, closer to neon than the previous movie versions.   I really like them though and that was one of the main reasons for wanting to get them.   The problem with the box set though is that some of the accessories are missing, though they have their main weapons.   I'm willing to let the other three Turtles slide, but man, I wish that Mikey had his skateboard.   I might have to hope these figures go on sale one day for $5 or so and pick up an extra Mikey just for the skateboard but right now- even at $7 as I saw them on sale at Toys R Us for- I can't justify buying another figure just for the skateboard.

Bebop and Rocksteady are fairly interesting looking figures and kind of remind me of them from the earlier days.   Bebop has no eyes painted under his sunglasses, which looks pretty creepy if you lift them up, and his mohawk runs down his back in a ponytail but is detached at the neck.    Rocksteady is a solid figure though based upon the way he is built.  I'm not going to get into the paint flaws in any of these six figures though because by simply looking at the back of the box you can see how the figures changed from prototypes to actual release (Which is to say where Playmates slacked on the painting)

We found this set at our closest Target one Friday afternoon and then in the evening we went to a different Target and the singles figures were on sale so we picked up Casey Jones and Leonardo in Stealth Disguise because they weren't at our Target earlier in the day.   They have special outfits for Mikey and Raph, but otherwise this Out of the Shadows series only features Splinter, Shredder and a Foot Soldier, all of which we won't likely be buying and the two other specialty Turtles remain unclear at this point as well.  (I almost got them together at TRU for $14 but decided not to for whatever reason)

I'm not sure whether it is good or not to have these six figures together.   Some collectors might just want the Turtles and wish this was only a four pack, but I've not really read a lot about it so I don't know.   It is nice though as a gift idea because then you have not only all four Turtles but two villains for them to fight, which Quentin was having a lot of fun with when we got home and opened this set up.   To be fair, the Dimension X box set was five figures because it also included Fugitoid.   Perhaps the next box set will include ten figures.   I don't know.

One thing I do need to note though is how light these figures feel and it just kind of surprised me when I took them out of the box.   Compared to the TMNT12 version of Rocksteady, this one feels like it could float away and they have hollowed out feet as well.  It just feels like Playmates is getting cheaper and cheaper with the quality constantly decreasing.   The paint is something I'm used to from the good old WWE Jakks days, but the fact that they seem to be using less plastic and making these toys feel more like something you'd get from a dollar store without changing the price point is just so strange.

But this is another fun set of Turtles for another movie.   I was debating getting the two packs they have at Walmart because Mikey comes with Kraang and we already have Kraang so we could have just got the singles Mikey with the skateboard and then purchased the other five figures in this set as two packs which would also give us, I believe, Shredder, but that just felt like too much work and I didn't do the math on it either because I didn't want to know.  At some point, I'm sure Target will have the Turtles on sale 2 for $10, which would make this box set $30, so yeah, I'm trying not to think about that and just enjoy these figures because as much as I feel like Playmates is slipping I still like them and so does Quentin. 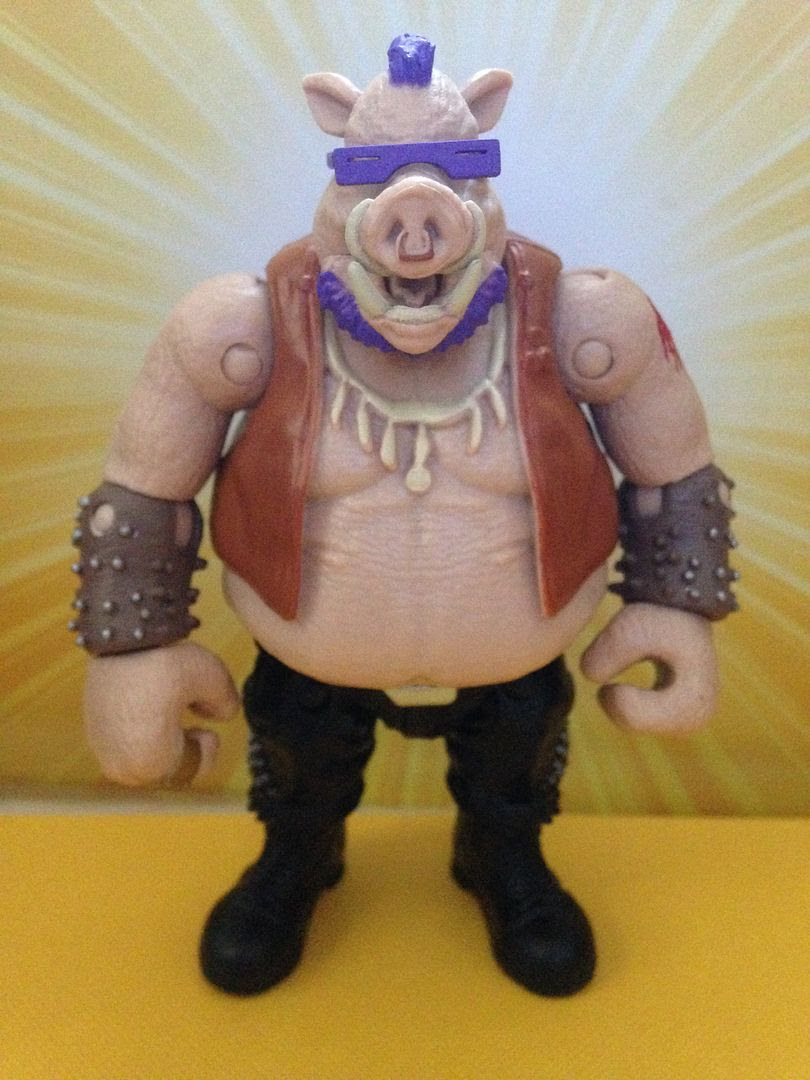 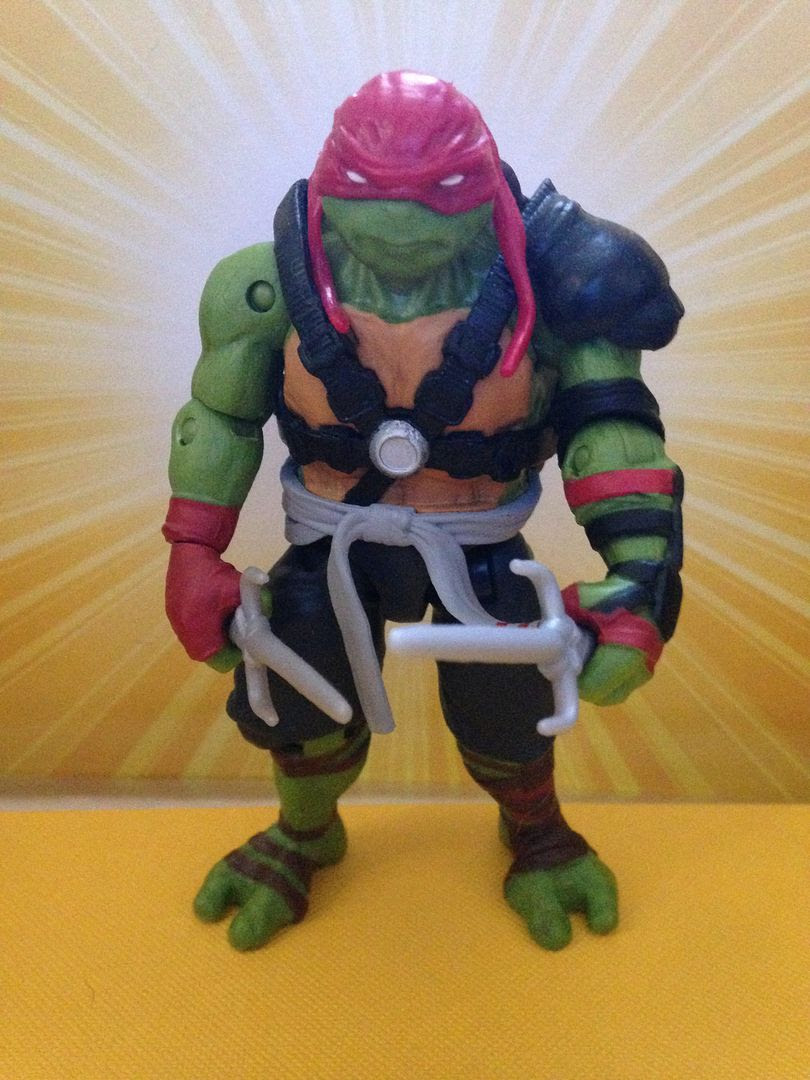 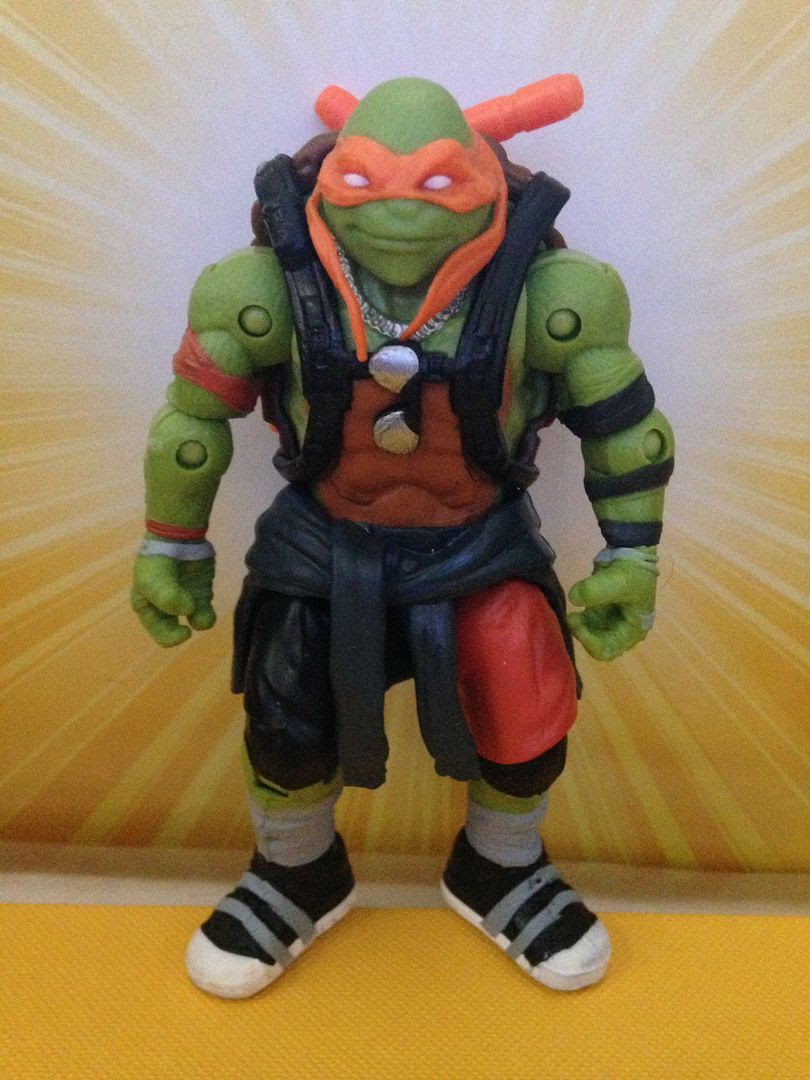 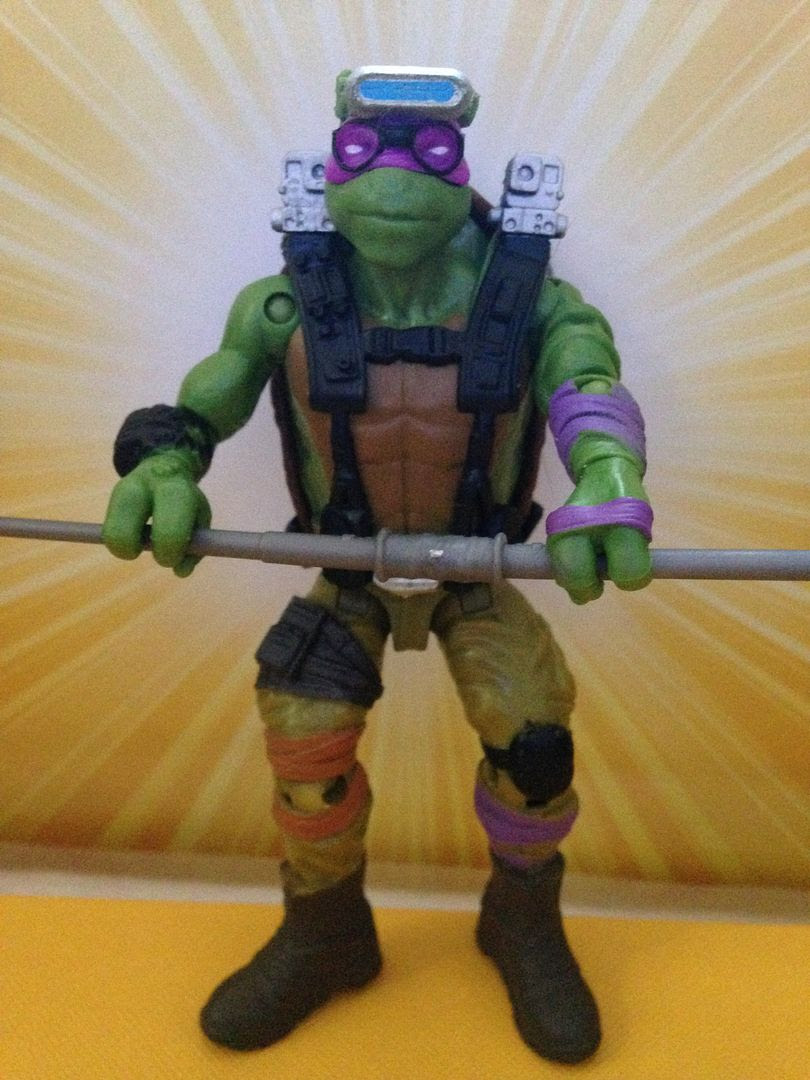 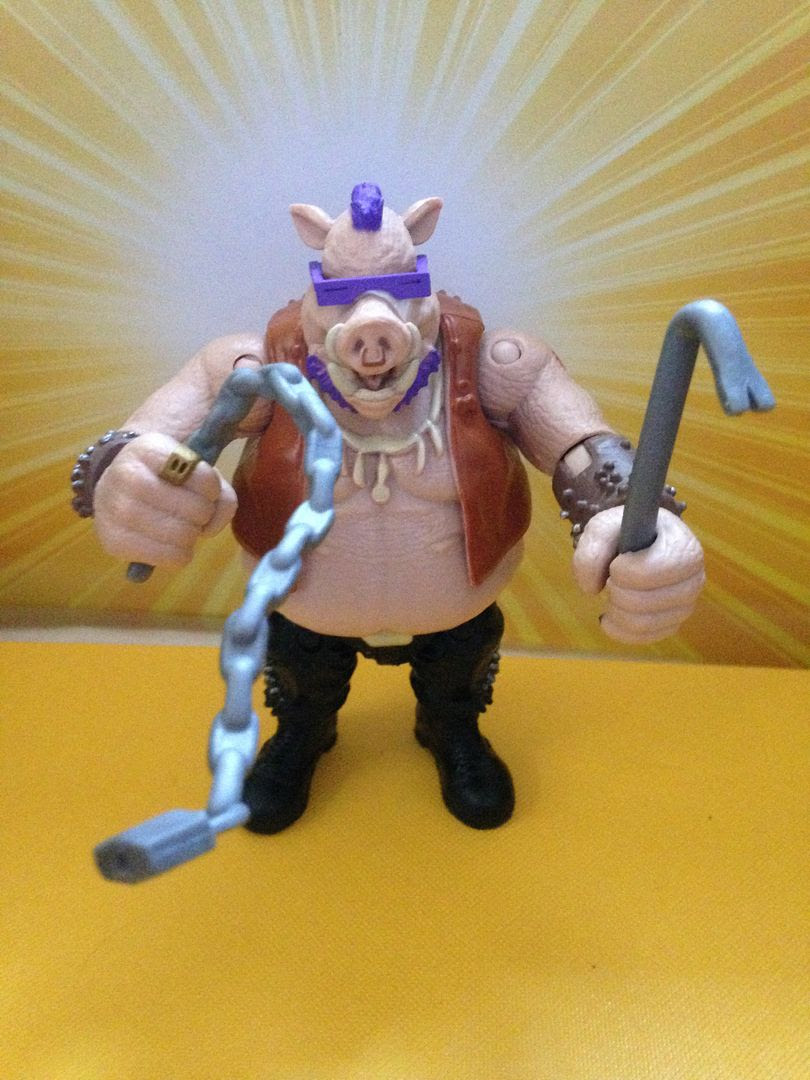