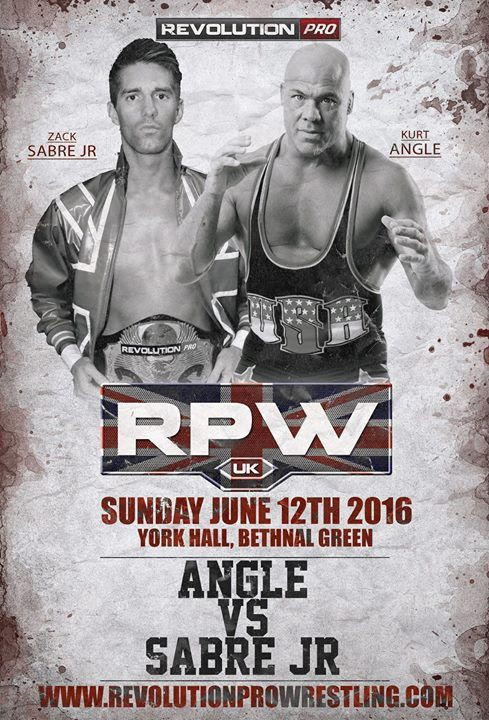 It's been a while since I've checked in with RevPro but I knew this show was coming up with this match and if you've ever wanted to say something like, "Oh, RevPro could have sold out this event and sold a lot of DVDs and streams and what not just based upon the main event itself", but wow, look at the card for this thing.   It's amazing.   I've also realized lately that the first time I watched the World Cup (You know, soccer/futbol) there was a commentator with that British accent.   This seems to provide some sort of enhanced feel of this being a sport to me for some reason, since the RevPro commentators also have those similar accents.   Just an observation.

The opening match featured Marty Scurll and Noam Dar, which to be fair, could be a main event in a number of other promotions.   In fact, there are only a few promotions which could pull this match off as not being a main event because of the level of talent involved.    Isn't it funny how Marty Scurll has labeled himself "The Villain" and yet people still cheer and chant for him?   Noam Dar did indeed qualify for the WWE CWC while Marty Scurll has yet to get that chance and I, for one, would have loved to see Marty Scurll in the CWC and just in WWE in general.    He's one of my top five favorite wrestlers right now- period.    Marty Scurll won this back and forth match and I think that it gives him some steam since he's not getting that WWE shot that Noam Dar is, but still, Dar was impressive and I wouldn't hold this against him going into the CWC.  It takes a lot to escape the Crossface Chickenwing.

The third match was Big Daddy Walter vs. Big Damo and these are two big guys I'm still not fully sold on.   If I was watching this show live, this is where I would get up to go to the bathroom.   It's like Big Show vs. Khali but with slightly harder hits when it needs to be closer to Samoa Joe vs. Takeshi Morishima.

Will Ospreay came out to a loud ovation.   His opponent- "Speedball" Mike Bailey- also got some good cheers.    Remember what I said about the first match with Marty Scurll and Noam Dar?   That all applies here too.   Somewhere out there, this is a main event level match and considering that this is the second really solid match on this show-- like, in terms of "Put your money down now, just for this match" type of match-- really says something about the wrestlers on this card and RPW on the whole.    Will Ospreay won and in a bit of humor after the match when he took to the mic the crowd began chanting "Fuck You, Vader".    That was probably worth the price tag alone.

Josh Bodom recently lost a CWC qualifier but he did manage to defeat Chris Hero on this show.   I actually really liked this match and Josh Bodom plays a great heel.   Marty Scurrl is this heel in the sense that he does bad things but is still somewhat cheered, where as Josh Bodom is the more traditional heel who does bad things and is booed for them.

I'm still not quite won over by The Revolutionists or their opponents, Charlie Garrett & Joel Redman, but the challengers won the Tag Team Titles in this match and it felt like a big deal so I was fine with it.   I just wish I could love tag team wrestling the way that I did when I was a kid.


There are dream matches and then there is Kurt Angle vs. ZSJ.   Imagine Daniel Bryan vs. Ricky Steamboat.    Imagine any other dream matches you might have in your head.   And yet, Kurt Angle vs. ZSJ is not only a dream match it is one that could come to truth and it did.    Kurt Angle is quite possibly the greatest professional wrestler of all-time and ZSJ is undoubtedly the best professional wrestler in the world today.    To put the two of them in the ring together is just... magic.   The crowd reaction and fanfare before the match was just incredible and the match itself was just everything you'd expect it to be and more.   You have to realize that Kurt Angle only left TNA within the last year or so and as such he had his final match there with Lashley and that was actually a decent match, so it's not like Kurt Angle is some older, past him prime type of veteran in this match-- Kurt Angle can still go.     This is one of four of my top matches of 2016 right now and I think you need to go out of your way to see it, but even though it's one of those situations where this specific match is just so wonderful, this is just such a great show overall that you should buy the DVD (or Blu Ray), pay for the stream and do whatever needs to be done to watch this one now and forever.   Young wrestlers are going to look to this one for advice for years and years to come.