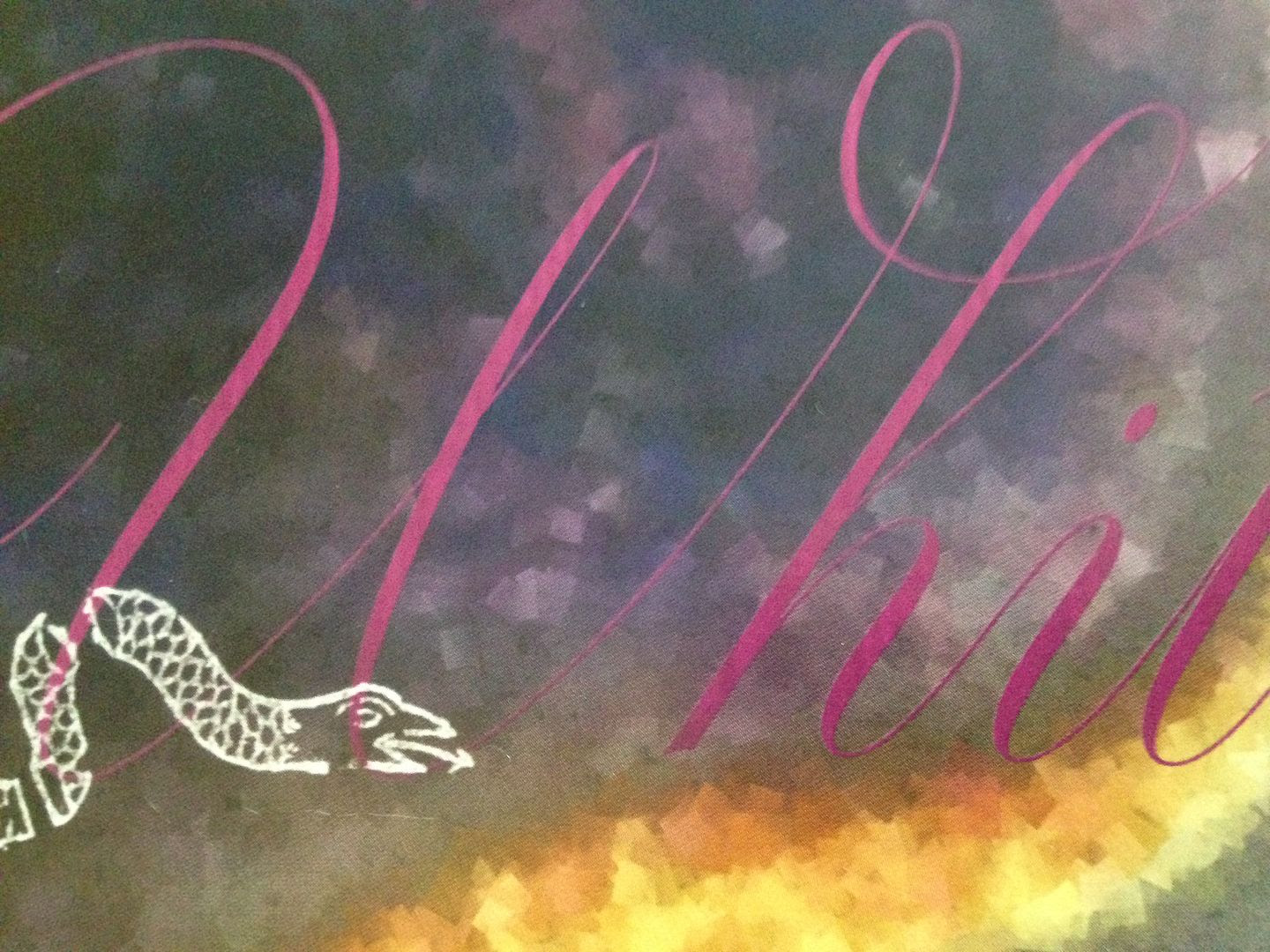 As a fan of music, I think it is hard not to be objective in the music we choose to listen to at times.   You could be a really huge fan of a band and they could put out a really awful album but you could still like it because it's by your favorite band.   In the case of 50 Foot Wave, I was sold on this CD just knowing Kristin Hersh was involved-- I'll admit it.    Even if this CD sounded like Coldplay covering U2 I'd probably still be listening to it because I'm a fan.   But when writing about it you have to draw that line between being a fan and being honest.

The sound of 50 Foot Wave is everything you would expect it to be based upon the name 50 Foot Wave except for maybe surf rock.    It's big.   It's loud.   It's all encompassing.  I couldn't imagine seeing 50 Foot Wave performing in a club setting because if not an arena I'd imagine this would have to be performed outside with really, really tall amps and speakers blasting out the guitars.    The riffs sometimes remind me of Nirvana and Soundgarden, so there is a grunge feel to it, but by the end it sort of loses that hint.

One of the things I really like about these songs also is that it does that thing where it can be fast and heavy with these just gigantic guitar chords and then it'll slow down to these delicate guitar notes and a more "Stop what you're doing and listen to me" feel.   It's really just what you would expect from it musically and so much more.

It is also worth noting that the percussion on this album is pretty heavy.   From high hats to just everything about it... You'll hear the percussion and just go, "Yeah, they have a drummer", where as a lot of drums just seem to get tucked away in the background and keep the beat, the 50 Foot Wave drummer seems to enforce the beat.

From at times layered vocals to the eventual feel of something like the "10 Things I Hate About You" or "Empire Records" soundtrack- evolving from that grunge feel to whatever came after grunge or during grunge that wasn't technically grunge- a lot of these lyrics can be summed up in the song "God's Not A Dick".   I mean, if you find that offensive then you should probably stay away from this rock n roll devil music anyway, but yes, the titular line is sung in the song and if you read the story about it then it will all make sense.

The one thing I do find kind of off-putting is that there is a line which says "Christ on a cracker" and I've never been a fan of that particular expression, not for religious reasons at all but just because it's like, what's he doing on a cracker anyway?  And while it might be okay to say and just kind of brush off, it comes off a bit stranger when you hear someone singing it.

I find it fitting that as I've been listening to this EP and as I am typing these words about it that winter has ended (We had some pretty cold days, even in April) and we have seemingly skipped over spring in favor of moving right into summer.    It might be the name 50 Foot Wave, but I still think this just has that huge sound to it where you need to blast it out of your car speakers or outside while at the beach or around a pool.    But I suppose even just being inside on your couch (like me) is a good enough reason to let the volume up and enjoy. 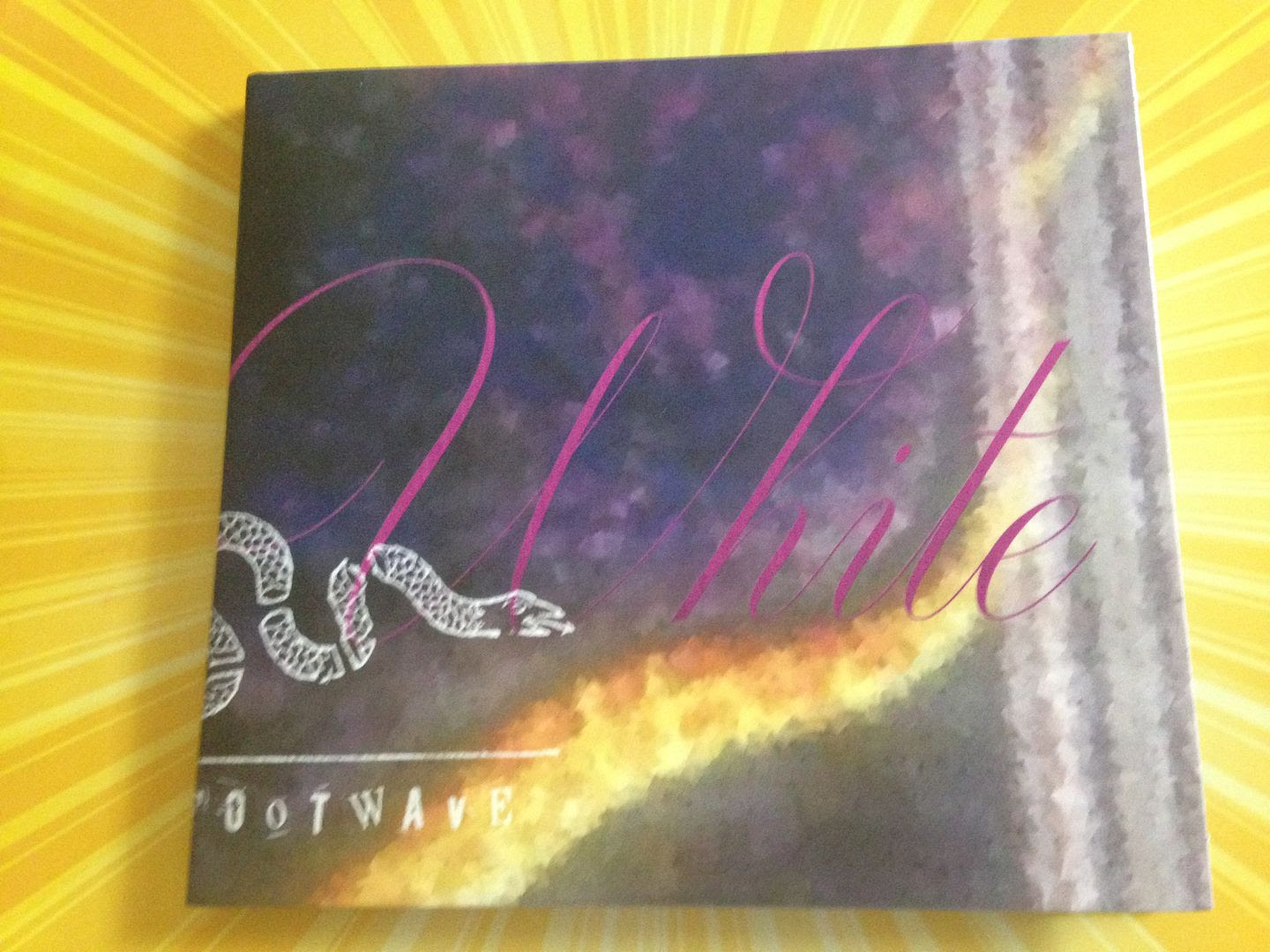 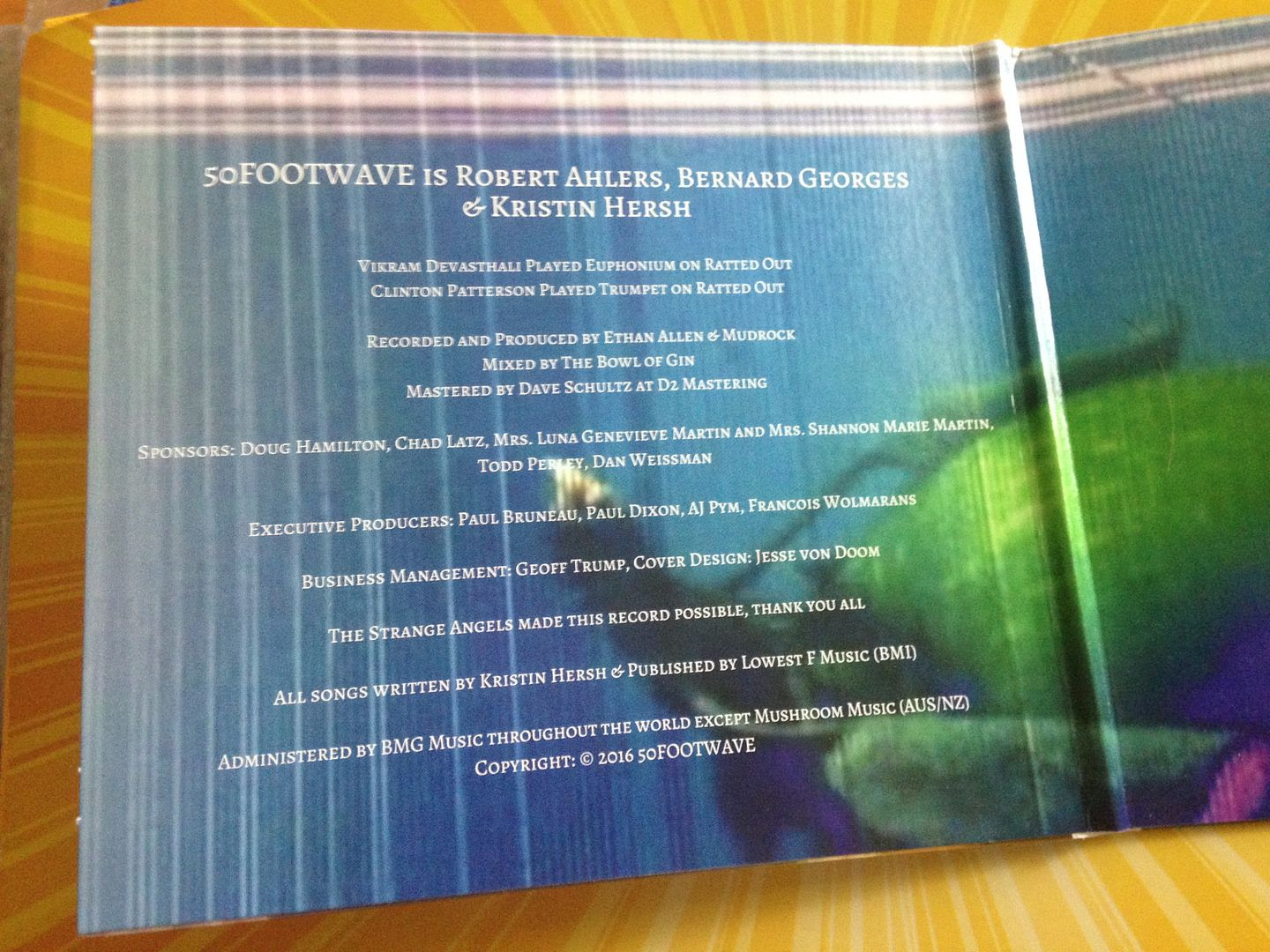 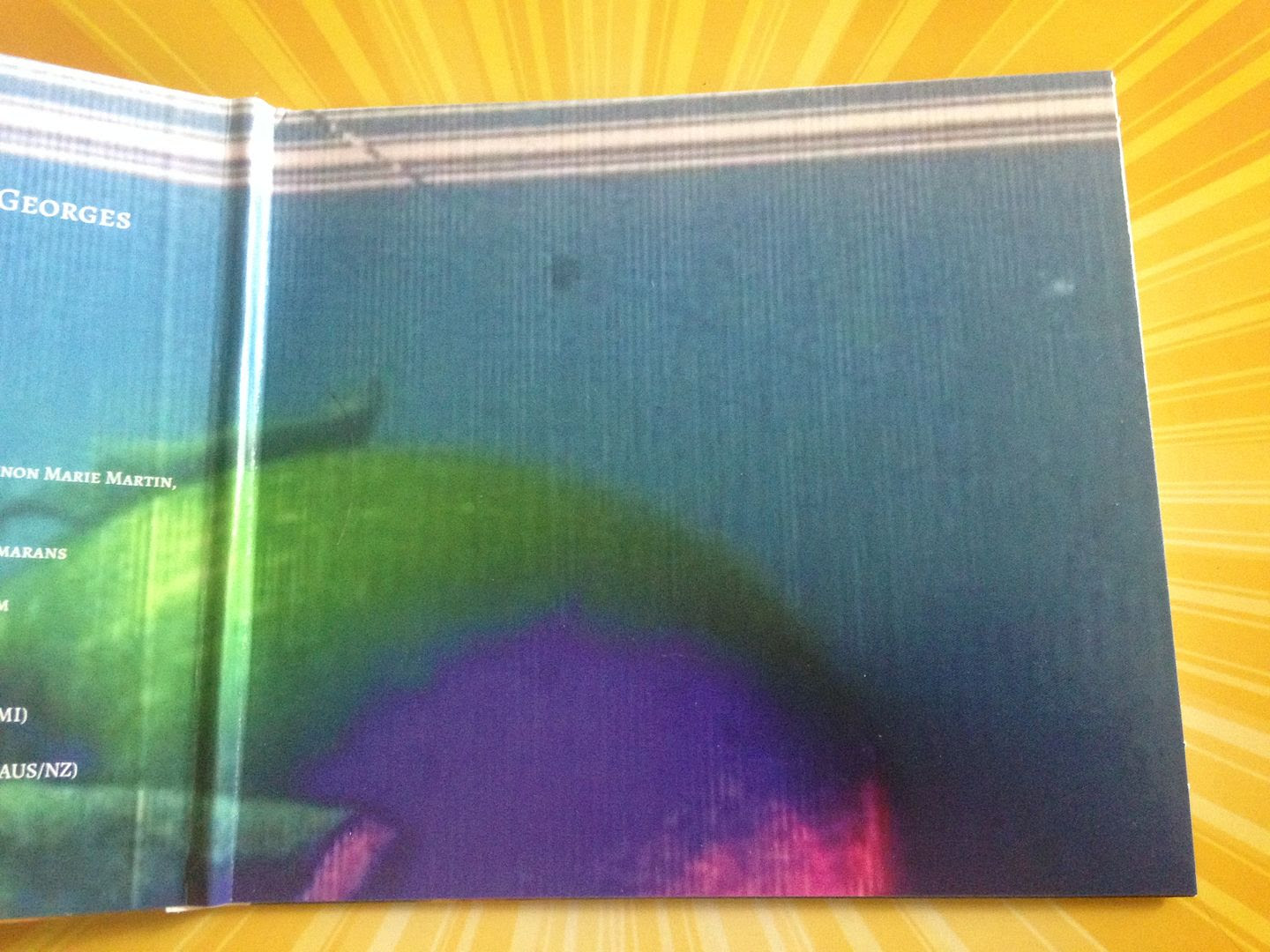 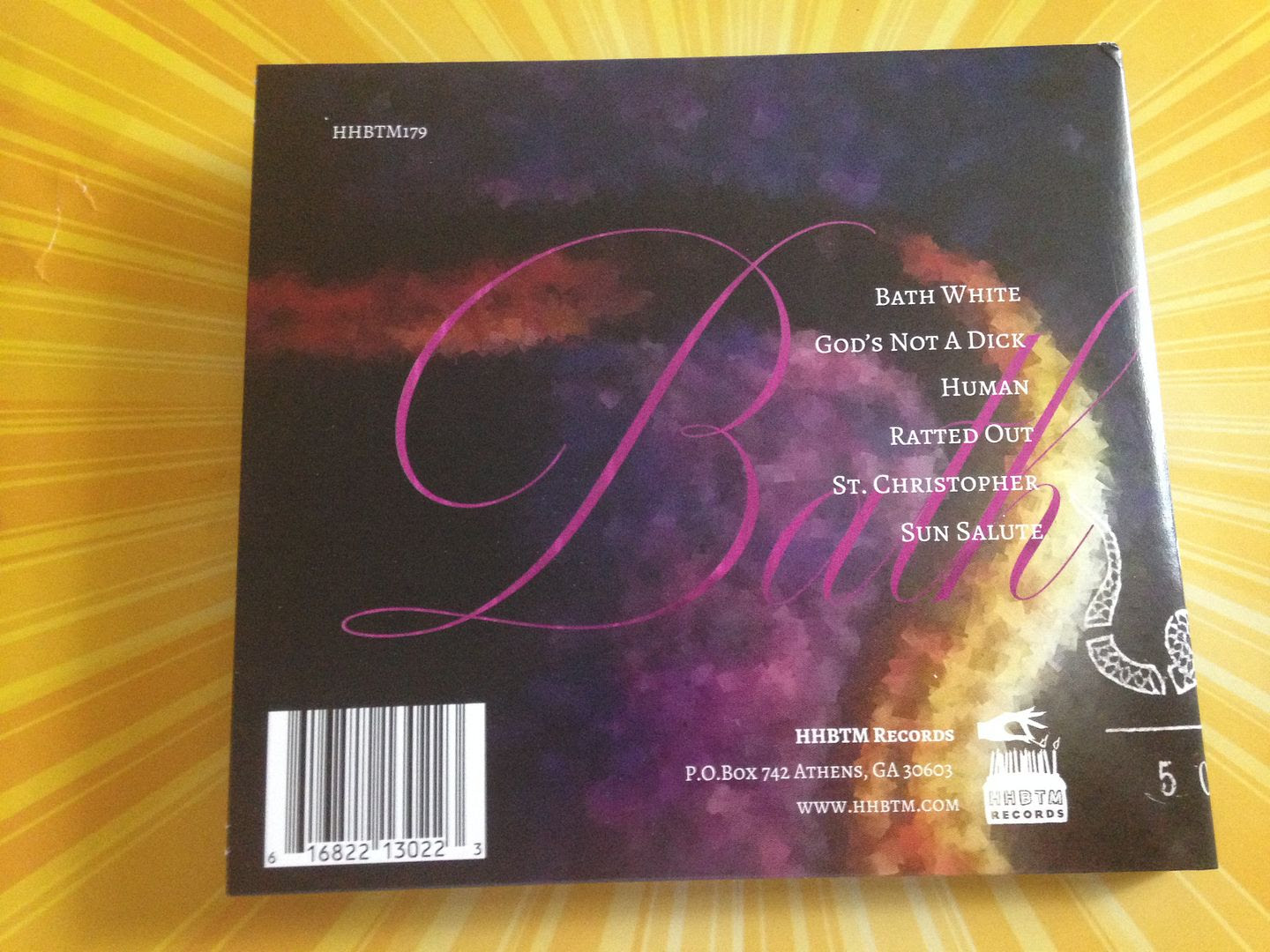 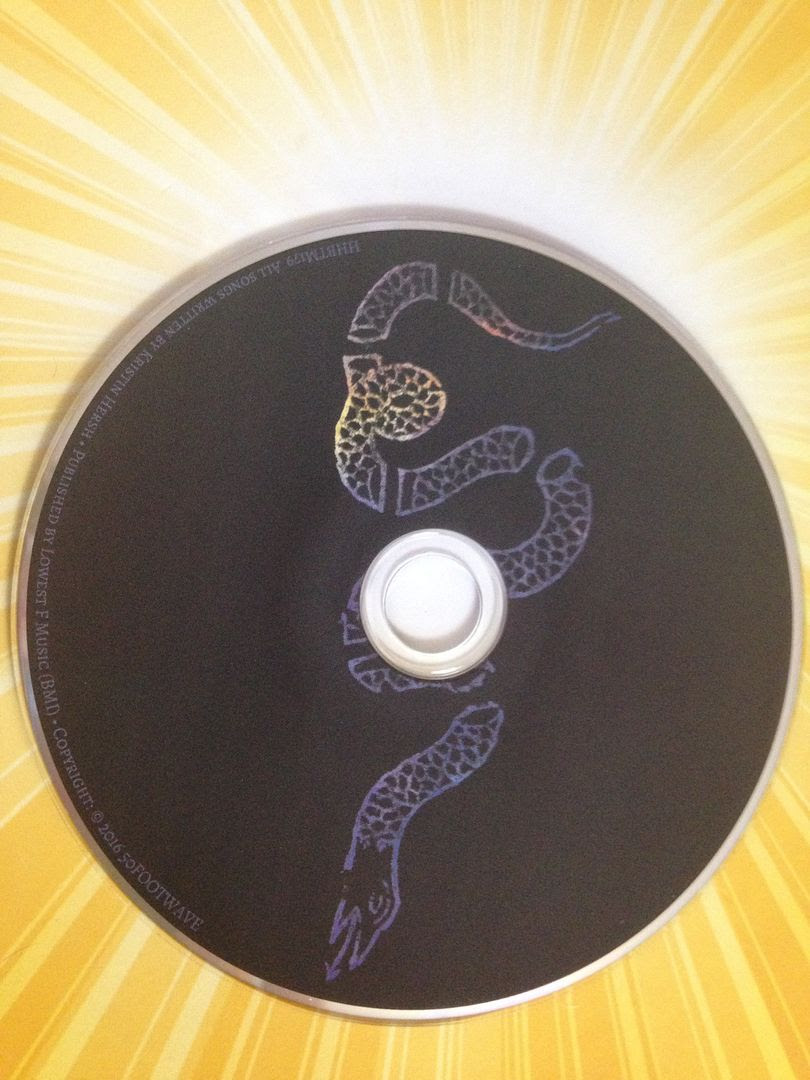