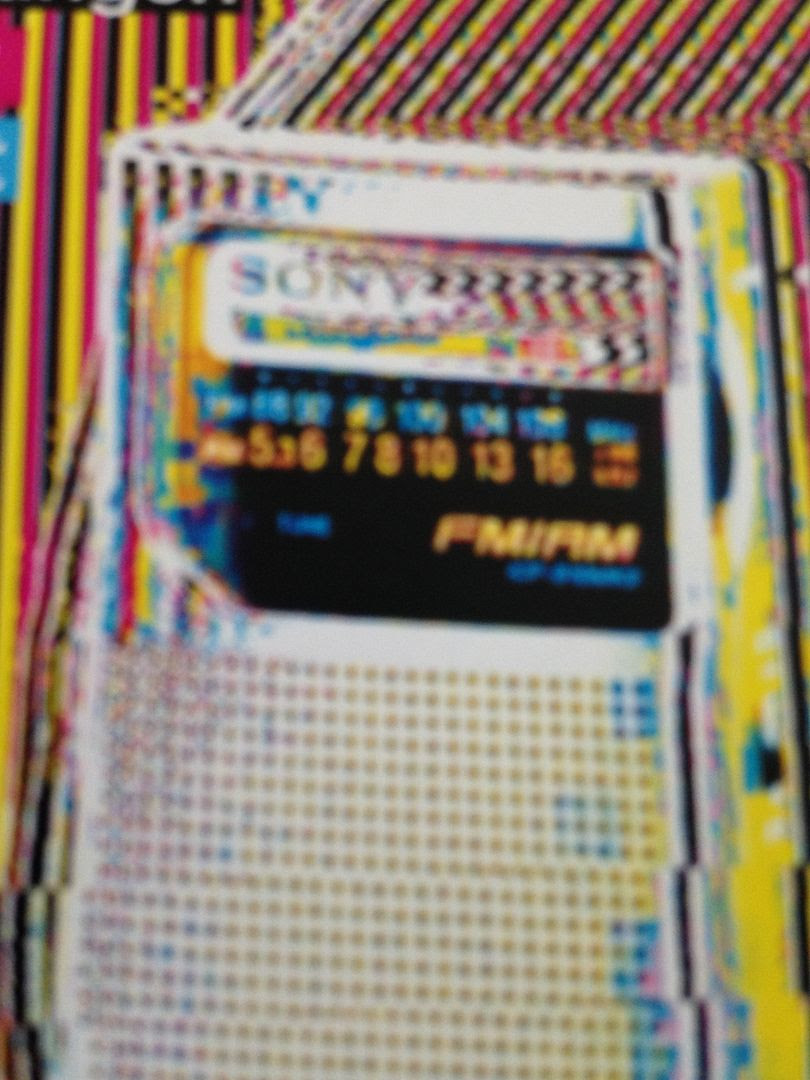 This isn't my first time listening to TRANZMIT and it won't be my last either.    Through drum machine beats and other electronics, TRANZMIT offers up a political stance on the world today and at times it is even specifc to the United States.    Yet, oddly enough, this cassette begins with an audio clip declaring "You taught your dog to shake hands", which for anyone out there who has ever known a dog could tell you isn't really *that* big of a deal, as it is one of those basic commands like sit, stay, roll over, etc.

The feeling from here turns to one of the current state of the United States as told by the past.   A flute sound and big beats bring out audio clips which say that propaganda is being unleashed upon the world just as it was with radio before the advent of television.  It's about terror, brute force and power.    Terms like "enemies of freedom" are used and it reminds me a lot of when Michael Moore first became this well known public figure.   I actually, regretfully, read this book about how we were living in the age of fear and while I do agree with it (more so back then though, they wanted us to be scared of everything) I wish I hadn't read the book the same way I wish I didn't feed trolls on message boards.

They talk about how we're misusing television and a clip of Keeping Up with the Kardashians can be heard.    If the Kardashians don't have their hand in the downfall of the human race I'd be rather surprised.    That might even be my final tweet: "The world is ending and it wasn't even because of the Kardashians. #Lame"   Audio clips of Robin Williams being announced dead by suicide are mixed in with these Kardashian ideas and whatever you want to take out of this mix you must know this:  There was a time when Robin Williams was on television.   You could argue that some of the modern shows are better than the shows of the past, but Mork is infinitely better than anything with the Kardashian name on it and that's what I take from this.

From radio to television we move to computers.   Of course, this brings up the idea of kids who can text but don't know how to talk to each other and then "toddlers addicted to technology", which is kind of funny because my four year old loves the iPad and when he gets into this YouTube zone he seems to go crazy when you try and take him out of it.   I mean, there are things which kids should know how to do with technology but the question of whether or not it's getting out of control is really in the eye of the beholder.   Personally, I wish I had texting when I was a kid because I hate talking on the phone, but at the same time, I don't need all of my photos from grade school forward on social media, so there's that as well.

We go from big data to something about dancing.   In the midst of all of these audio clips which seem to be manipulated in ways which TRANZMIT wants you to hear them, it must be noted that the musical side of things is still carrying on in the best of possible ways.   If it wasn't for the solid music background behind these audio clips I think a lot of this would just fall flat because it would feel too much like a radio talk show and not enough like music and, let's face it, I'm more influenced by music than I am by talk radio.

Then an audio clip comes on of someone saying "Of course your outfit can mean you want to be raped".   This comes after audio is manipulated to sound like it's singing "we're fucked".    This turns into a story about high school boys and this whole piece becomes a statement against rape.   I mean, I could go into it in great detail but there is this kid who is a rapist that's spending only three months in jail because apparently he's a good swimmer.   If you wish to know about rape culture in our society just go read about that boy (who will never be a man) and then wonder if the Kardashians can bring the end soon enough.

An alarm of sorts rightfully takes us to the end of Side A.     The main difference between Side A and Side B, as you will find, is that there are not nearly as many audio clips on Side B and I like to think of it as Side A has more of the message outlined for you with words where as Side B lets the music speak for itself, though it does begin with an audio clip of "I could go insane" all twisted around and warped.

Swirly music becomes something along the lines of "The Matrix" or "Alias".   Robotic singing voices come out and I can only think of something like The Prodigy because my knowledge of electronic music obviously is not that vast.    It's like something out of "Hackers", there are some words spoken in the background and then it gets bubbly like the cars in the Jetsons.    Lost in Space lasers take us into radio frequencies and once again I find myself making up names for sounds with TRANZMIT as what happens next is what I call squiggles.

The electronics on Side B are definitely worth taking in just on a musical level and yet the structure of Side A presents itself with a much more direct message even if not delivered in a straight forward way of "Hey, listen to this!".    Both of these sides are of equal importance for almost opposite reasons (the message and the music) and as such this cassette becomes something you should listen to simply because at first you'll agree with what is being said or implied (hopefully) and then you'll begin to just kick it to the funky beats. 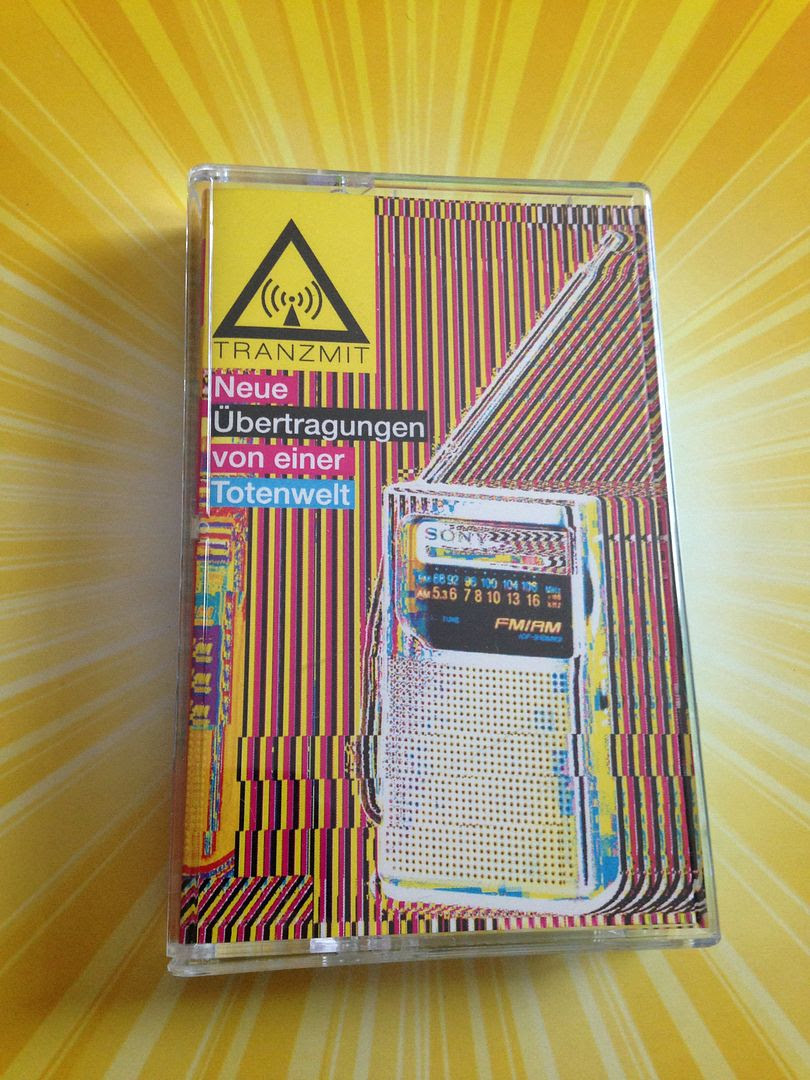 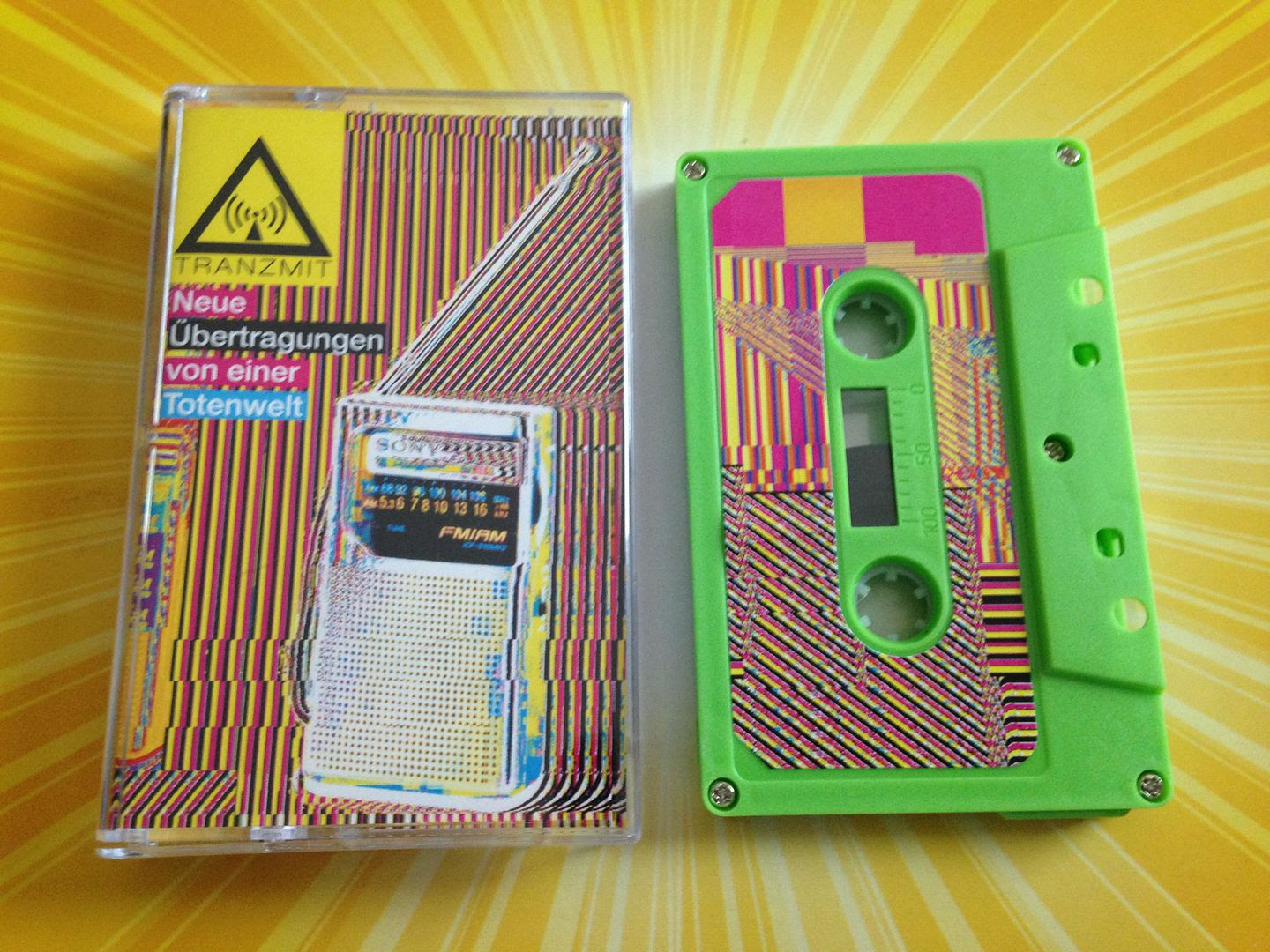 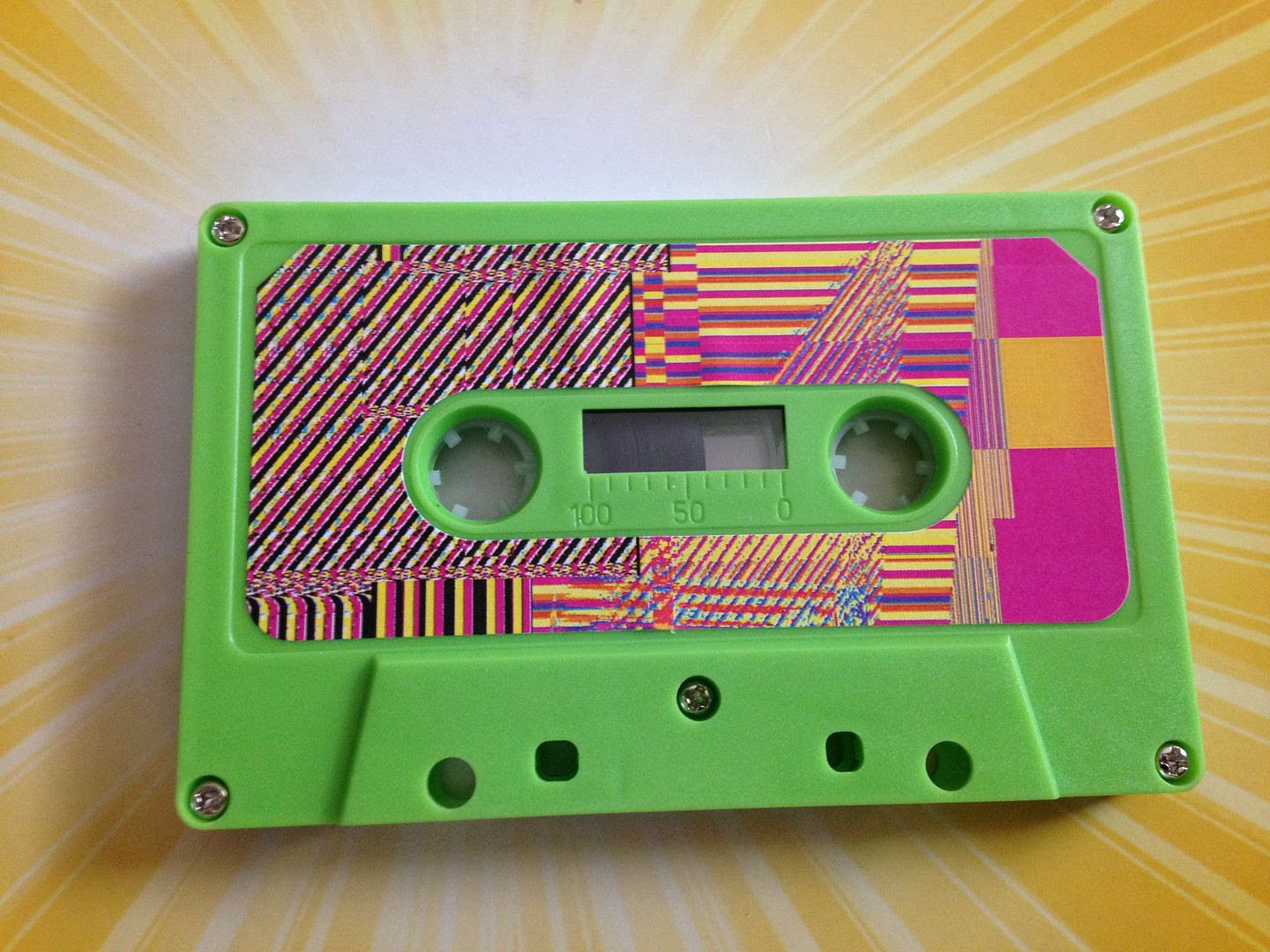 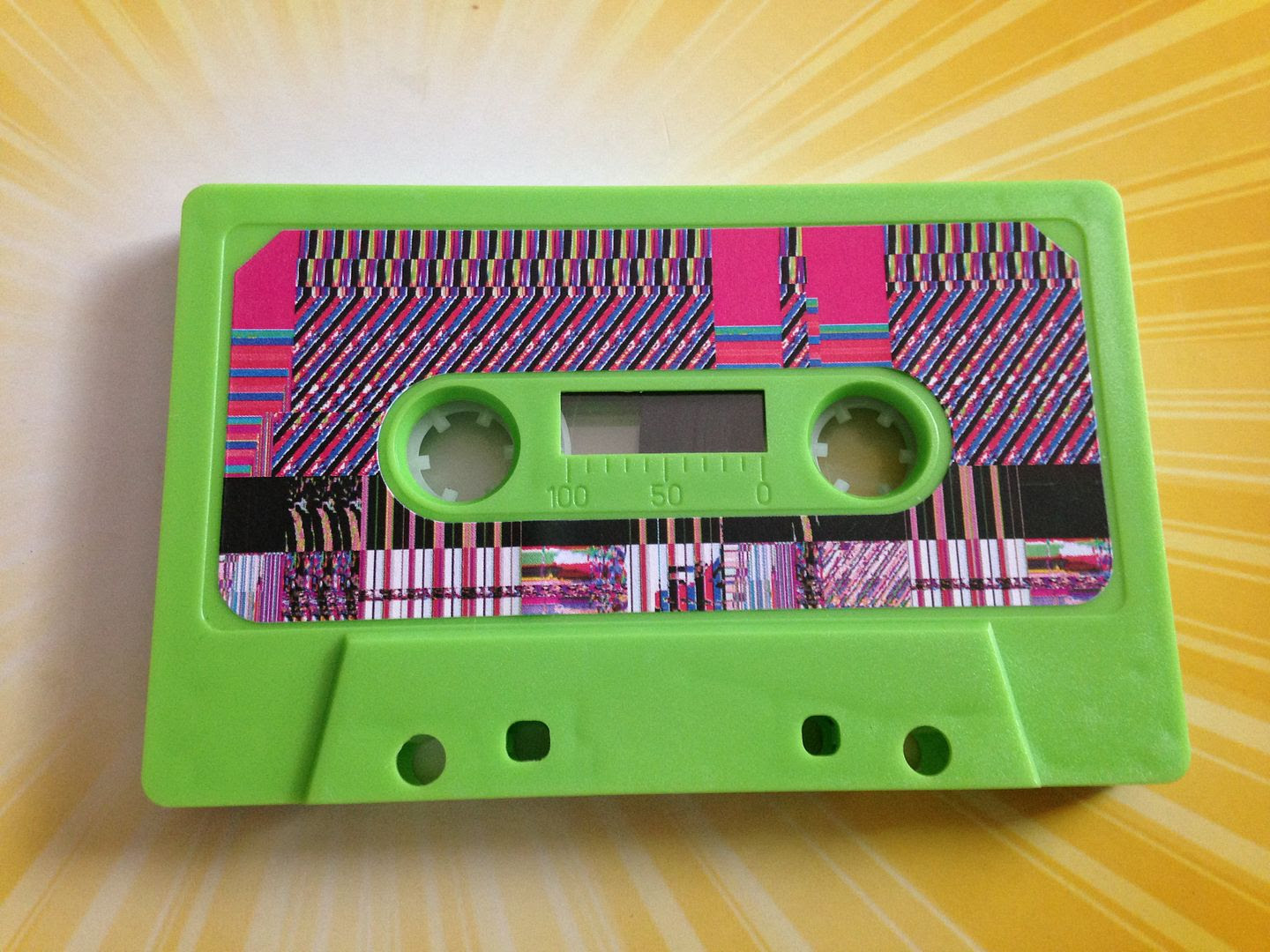 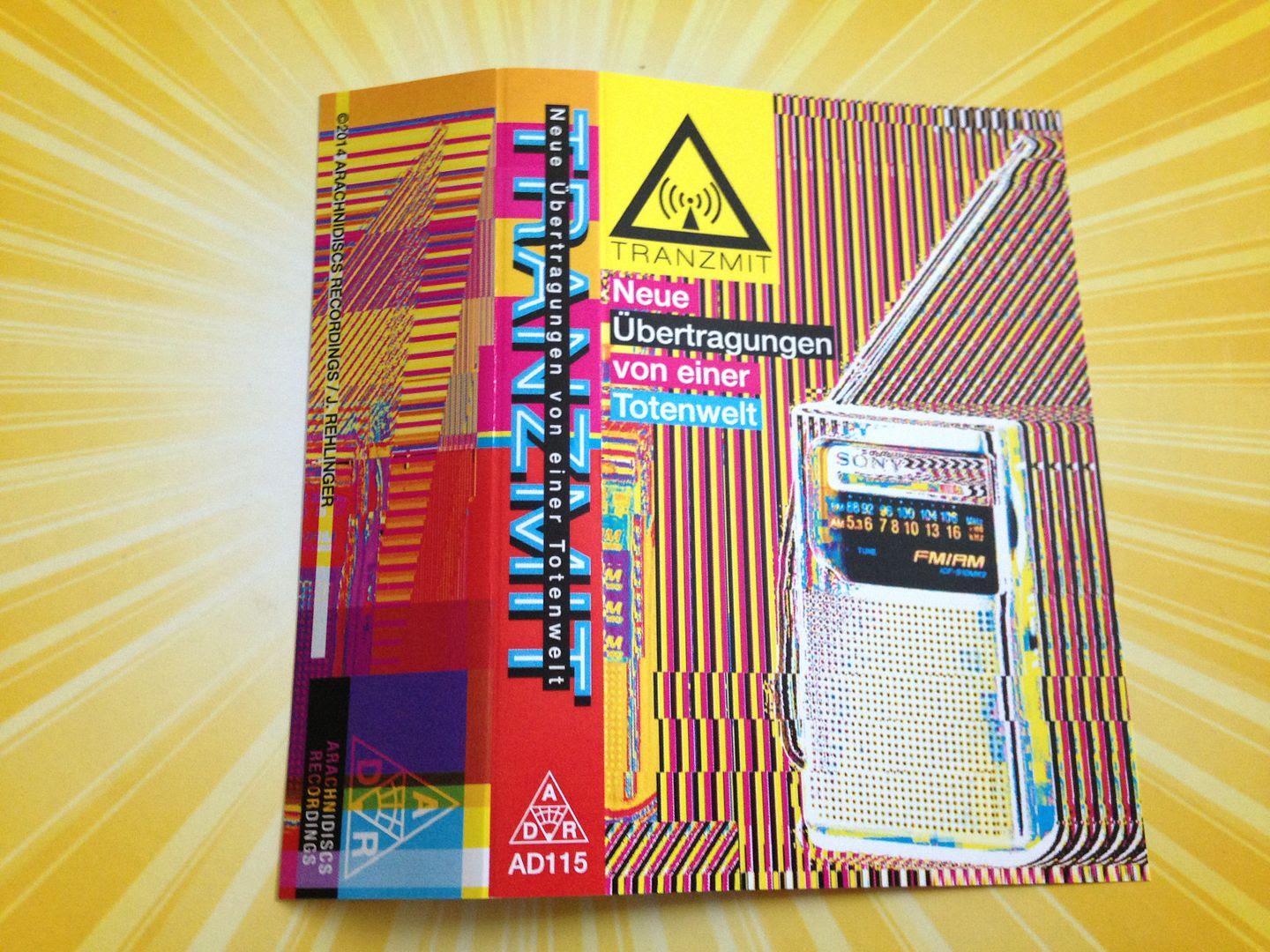 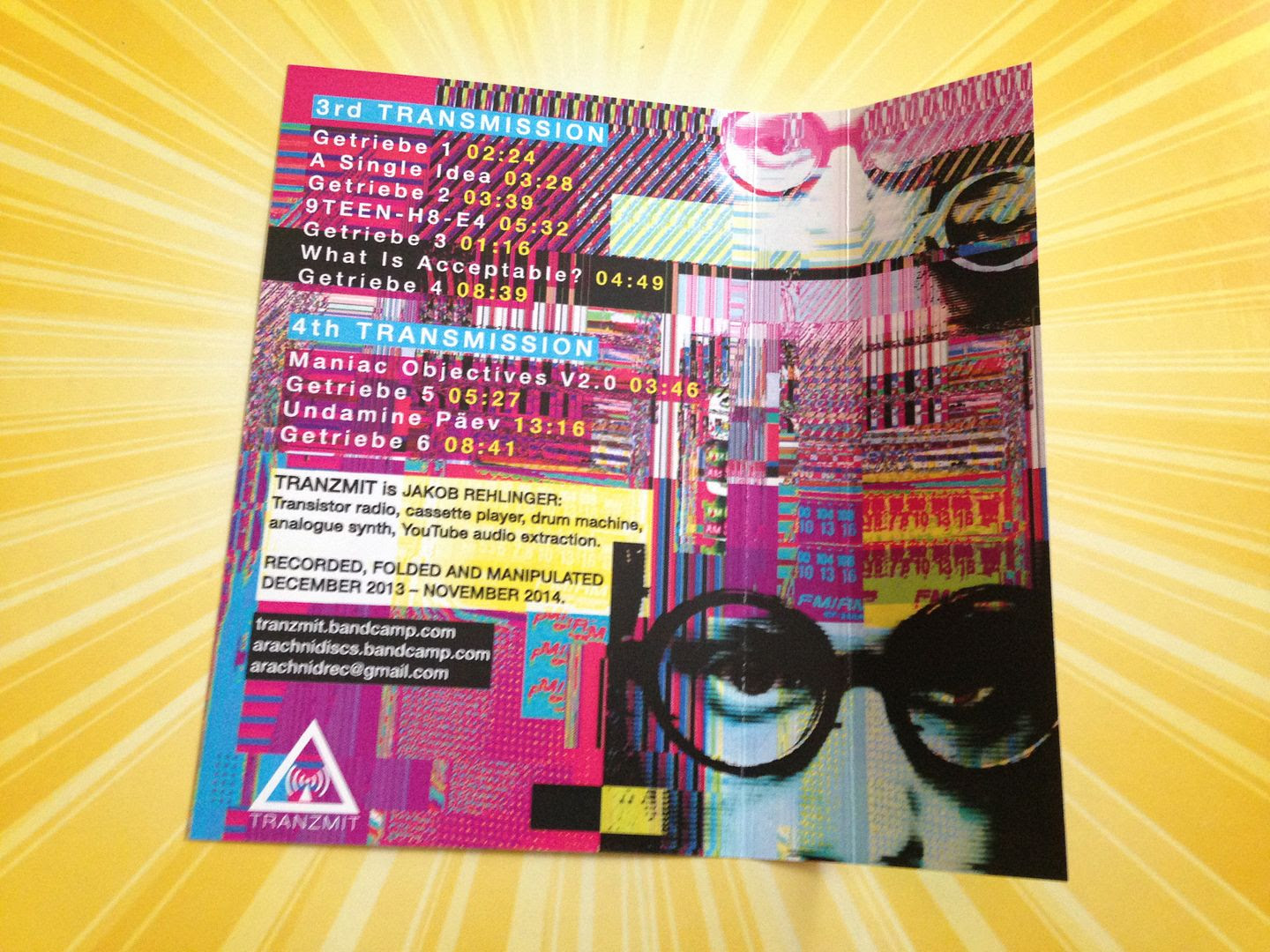 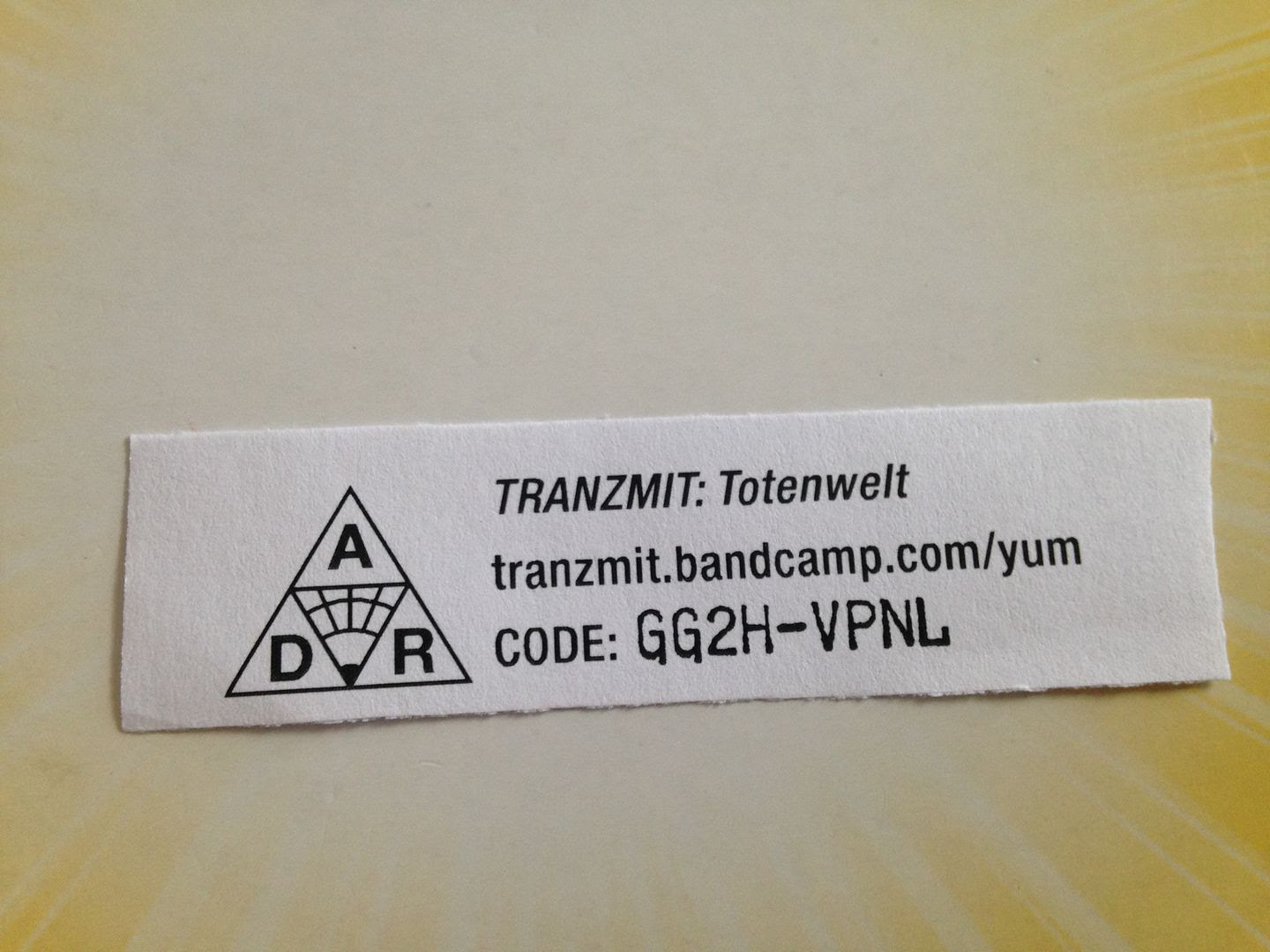