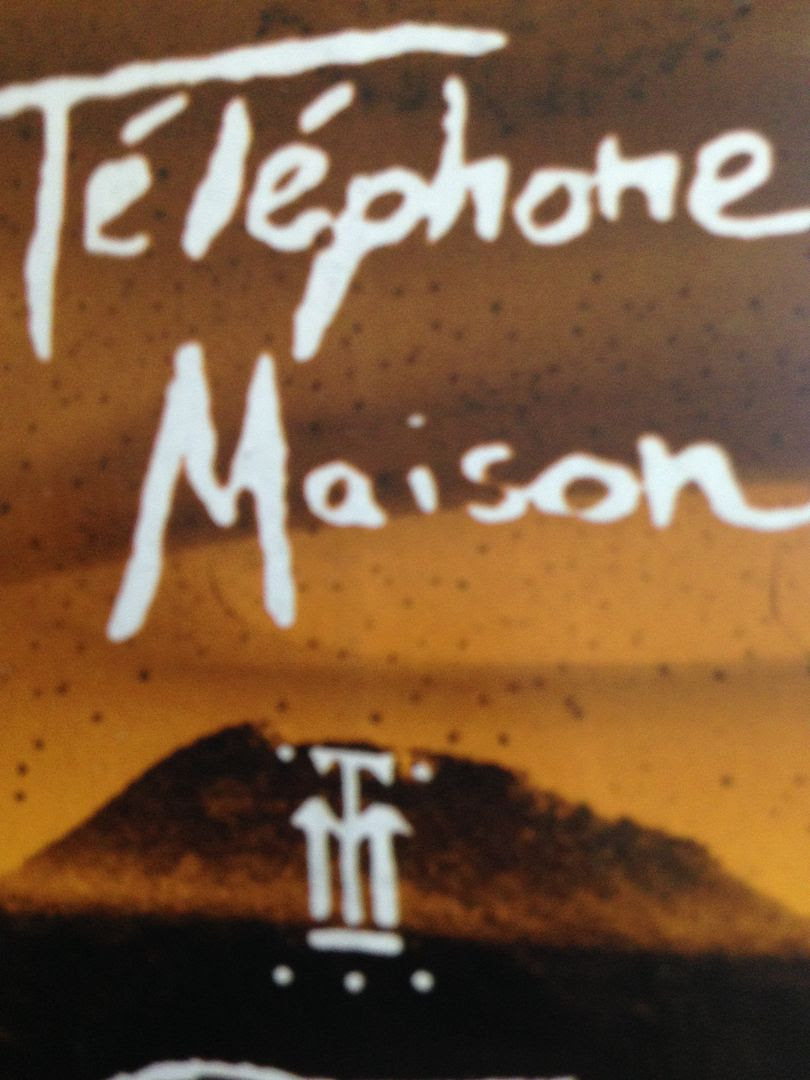 Much like the cassette in plaster which came before this (at least in terms of my listening and reviewing), "Toujours Partout" finds itself wrapped in foil.  I had to use a knife to cut around the edges so I could open it, but yes, this is another now sold out cassette from Arachnidiscs where you can certainly tell whether or not someone has listened to it should you find it available for sale on Discogs.

The first sounds on here make me think of the song "Regulators".   It's got a funky groove but can also sound a bit like an 8bit version of "Mission: Impossible".    Swirly electronic loops bring about odd vocals and then a normal sense of singing.    The song reminds me of that "Stop, hey, what's that sound" song from back when more hippies were making music.   You know, before drugs and free love killed them all off.   (Sorry, that might have been out of line)  Almost whispered space vocals bring about lasers and beats and this whole thing can just be thought of right now as being loopy.

Pleasant tone loops open up Side B and then guitar riffs are added in.   8bit sounds join them and then vocals do as well.   When there is music and singing here though I don't really have a good comparison point other than to say it is blissful like something Flaming Lips would make but without sounding exactly like them.   Some Phil Collins can come out in the percussion and vast void of it all.    Then male and female vocals join forces on what could be thought of as a pop song and reminds me for whatever reason of that Taylor Swift song about being out of the woods.

High pitched tones bring out mechanical beats and it has somewhat of a flute sound to it- the way they're getting high pitched- but it's not that exactly and so I'm not sure what kind of device the high key is being pressed on.    I almost want to say it has that pied piper feel to it but that might just be because I watched the newest episode of "Silicon Valley" last night.

Though it feels like this is more instrumental than not, there are some vocals in here still so it isn't purely instrumental and that leaves me somewhat confused on how to think about it.   It has this strong pop feel, but maybe a weird pop, when there are vocals and when they aren't there it has a different sort of feel within the video game realm but still pop somehow even.    It's like chiptunes meets Flaming Lips meets something which is experimental and instrumental.   I've heard all of these things before, but not together like this and for that this cassette truly does shine. 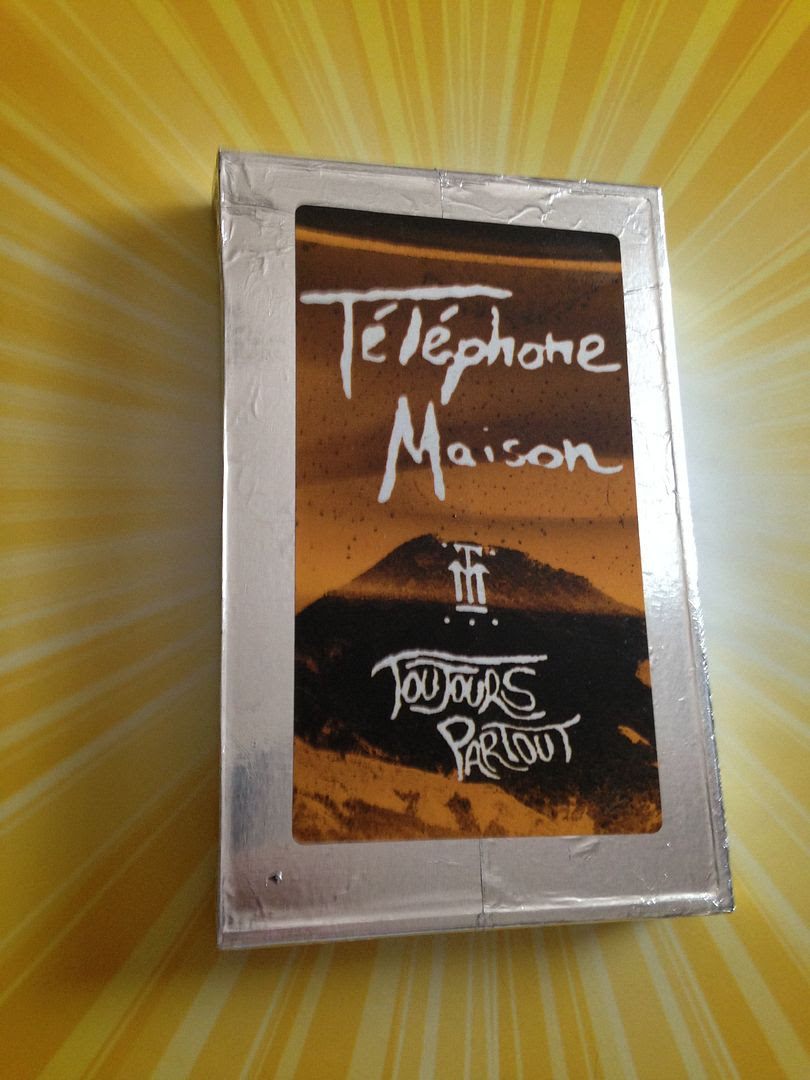 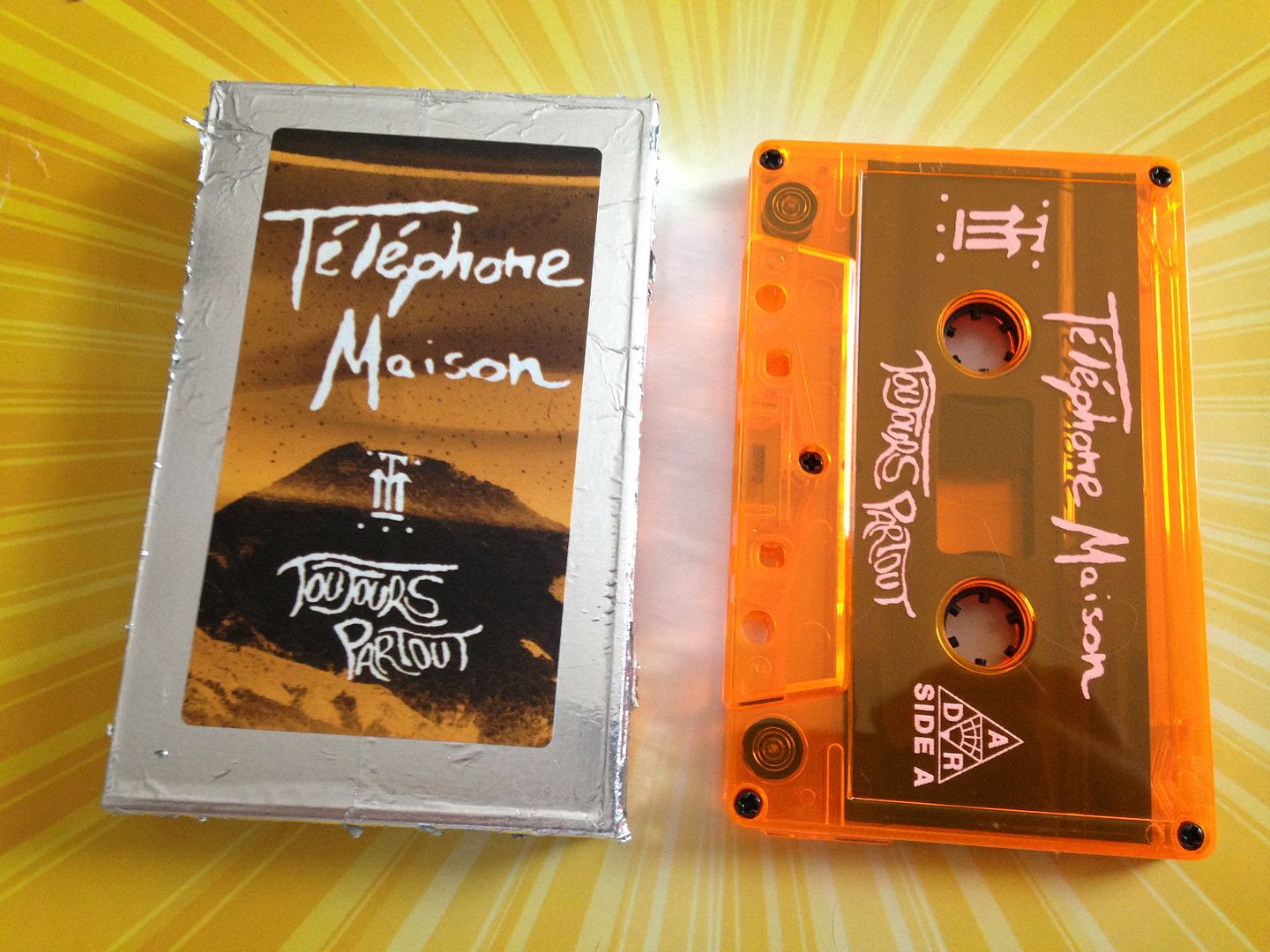 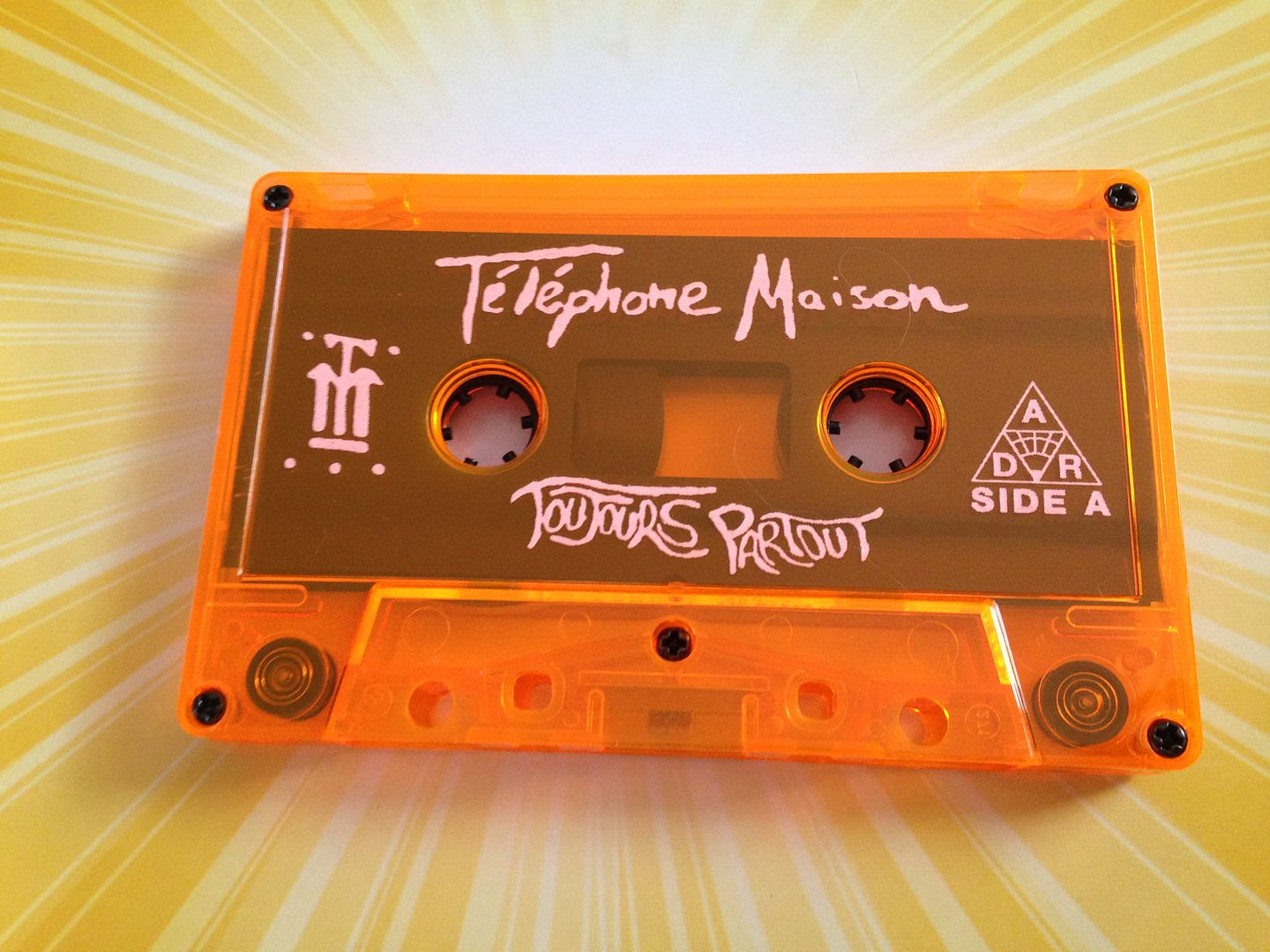 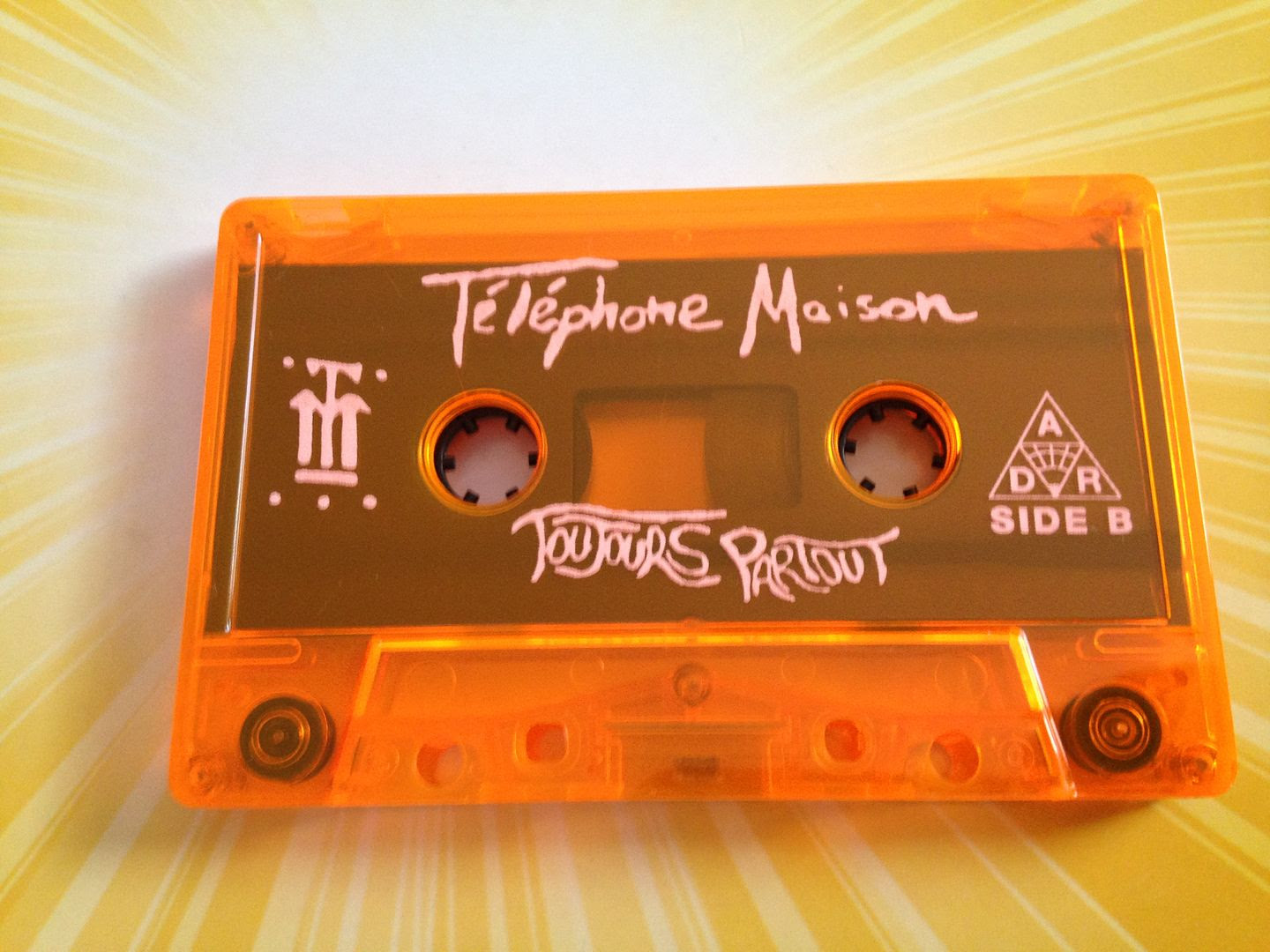 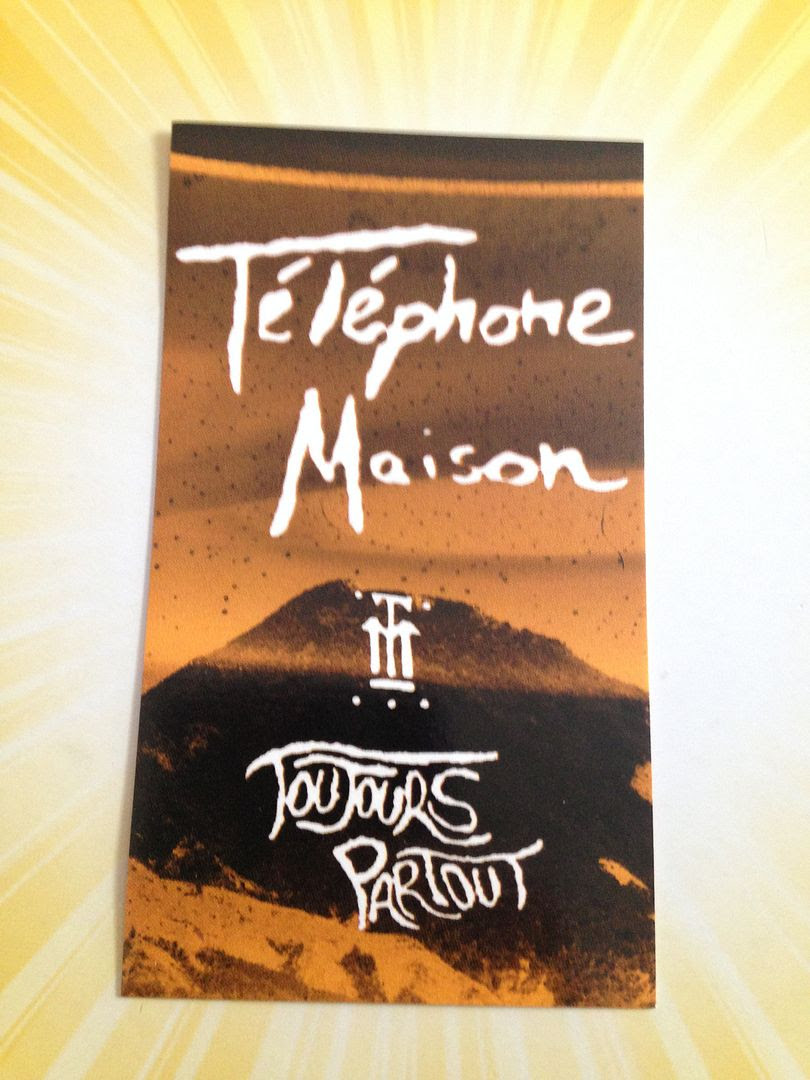 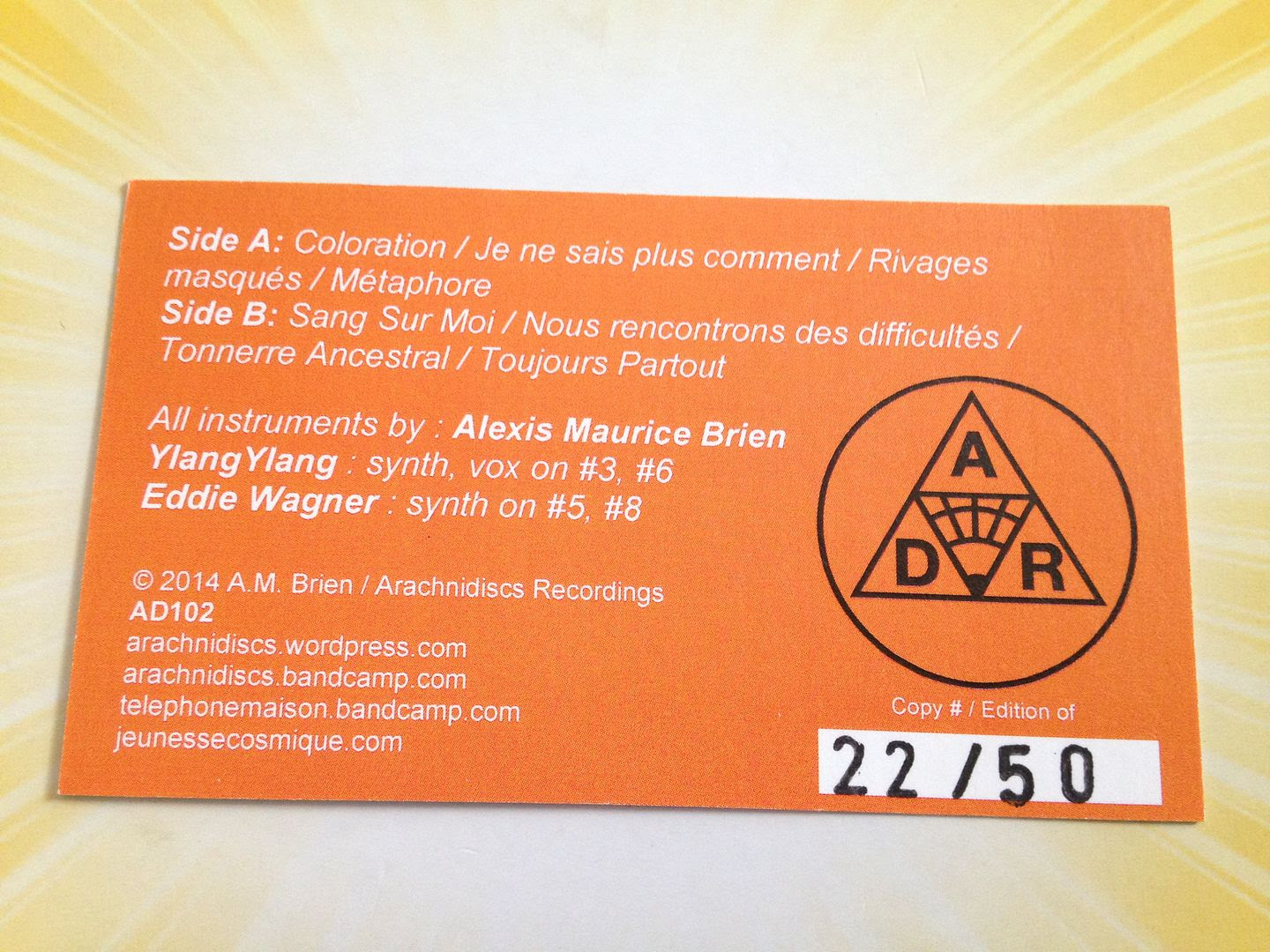 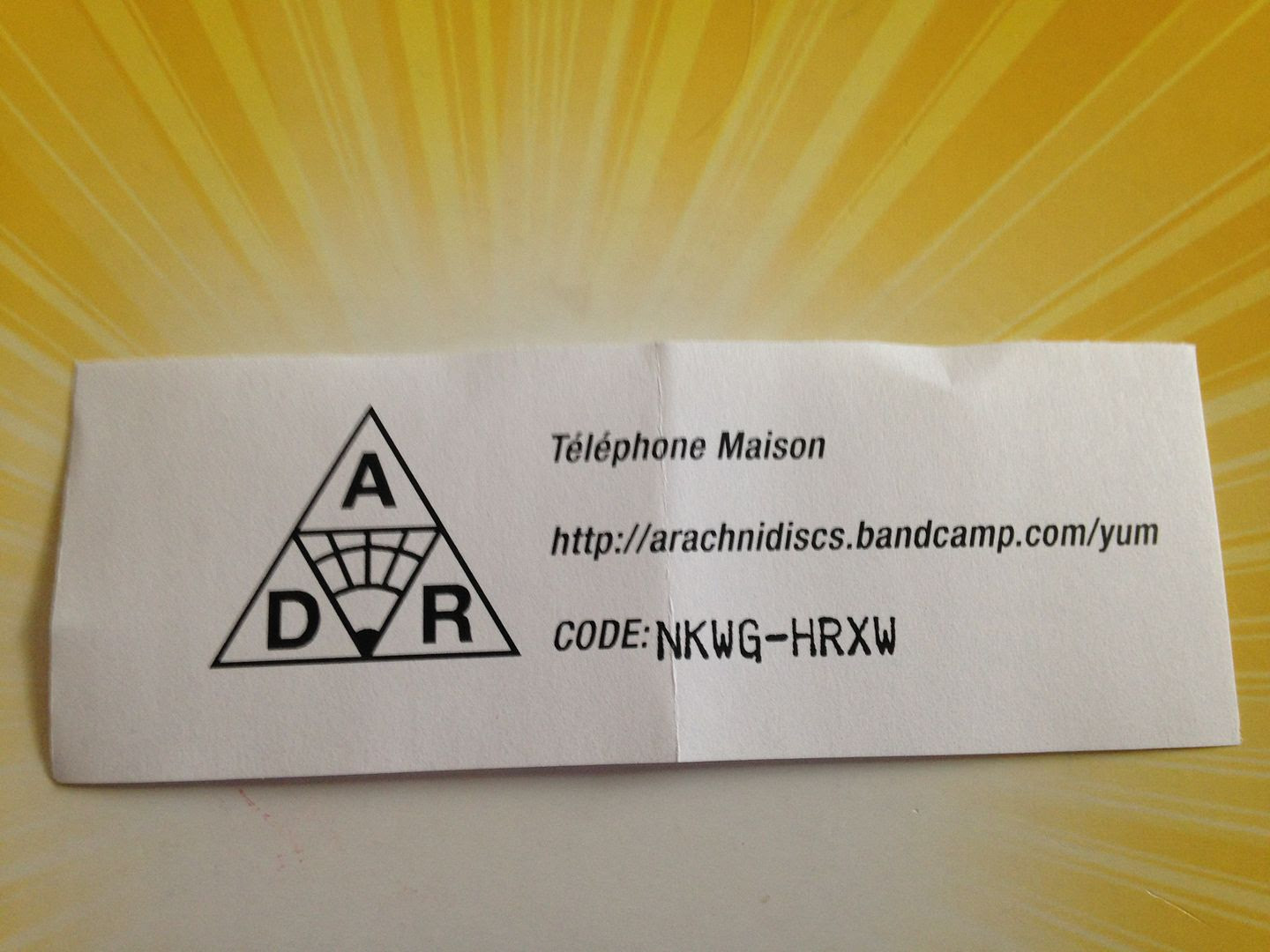