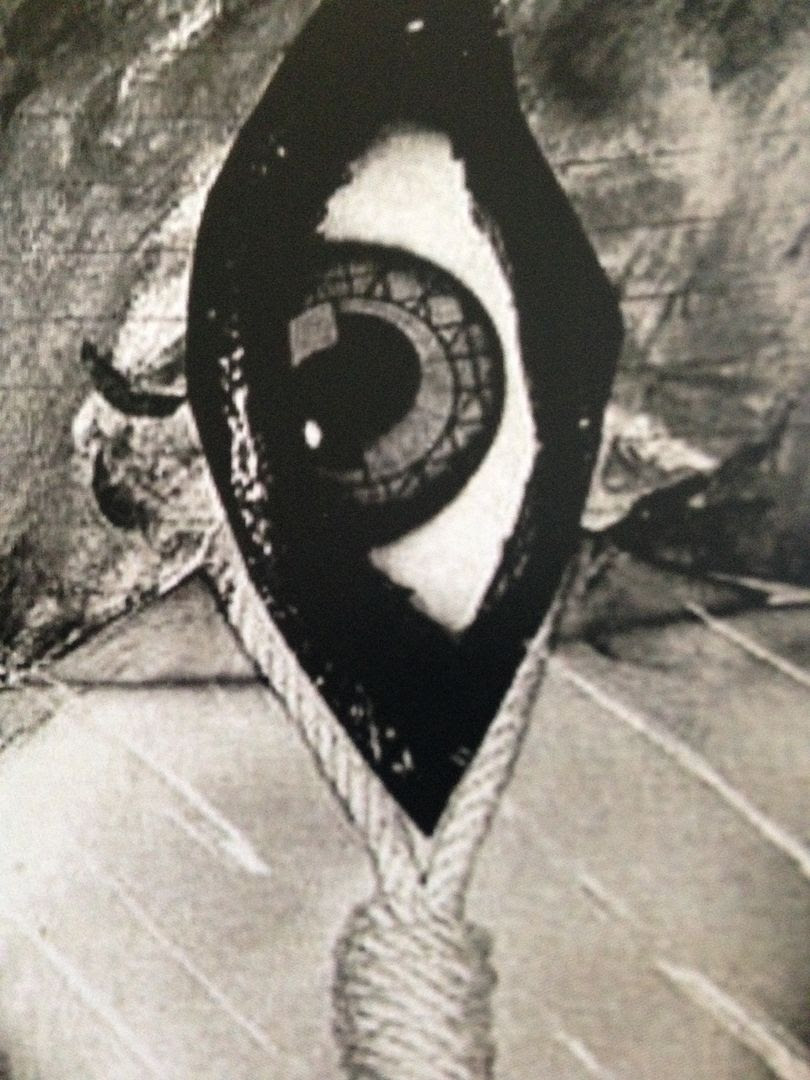 While I will admit that I don't remember how many times I've listened to and/or reviewed Nundata at this point in time (it's been quite a bit), I will admit that I'll likely never grow tired of listening to music created by Nundata and "Immaculate Heart" is no exception to that.

What begins with loud static and some background beeping adds in a sharpness which gives it this overall Ghost in the Machine type of feel.   This vibe doesn't end during Side A either, as we have these almost static breathing patterns which make me just feel like we are submerged- and it doesn't even have to be underwater.    The sound is one of distorted electronics and what could be described as an error sound begins to craft a melody, sort of like a distorted carousel ride.

From swirls to alarms to just loud robotics, everything found on Side A so far makes it presence felt through the entire side (except the distorted carousel- that is exclusively for that moment) and at one point straight up talking in a robotic voice comes through the loud distortion while later on at various points these field recording-sounding audio clips are placed in the background as well.

On the flip side there are a lot of similar distorted electronics, but they are different if you listen to them closely enough.   Should it go without saying at this point that this is best listened to through headphones?   From the wind tunnel comes a lot of power and then there is aslo more talking which is less like an audio clip and more like a spoken word piece.    A buzzing can also be heard and this is just one of those cassettes you need to put on with little distractions and just let it carry you away.

Every time I listen to Nundata I'm not really sure what to expect.   I feel like when I become comfortable with the music in the sense that I feel like it will be instrumental at the very least then there will be vocals coming through singing.     But I enjoy that about Nundata- that I feel like this music constantly keeps me on my toes.    I really wouldn't want it to be any other way because that would likely lead to this being "more of the same" and Nundata is anything but mundane. 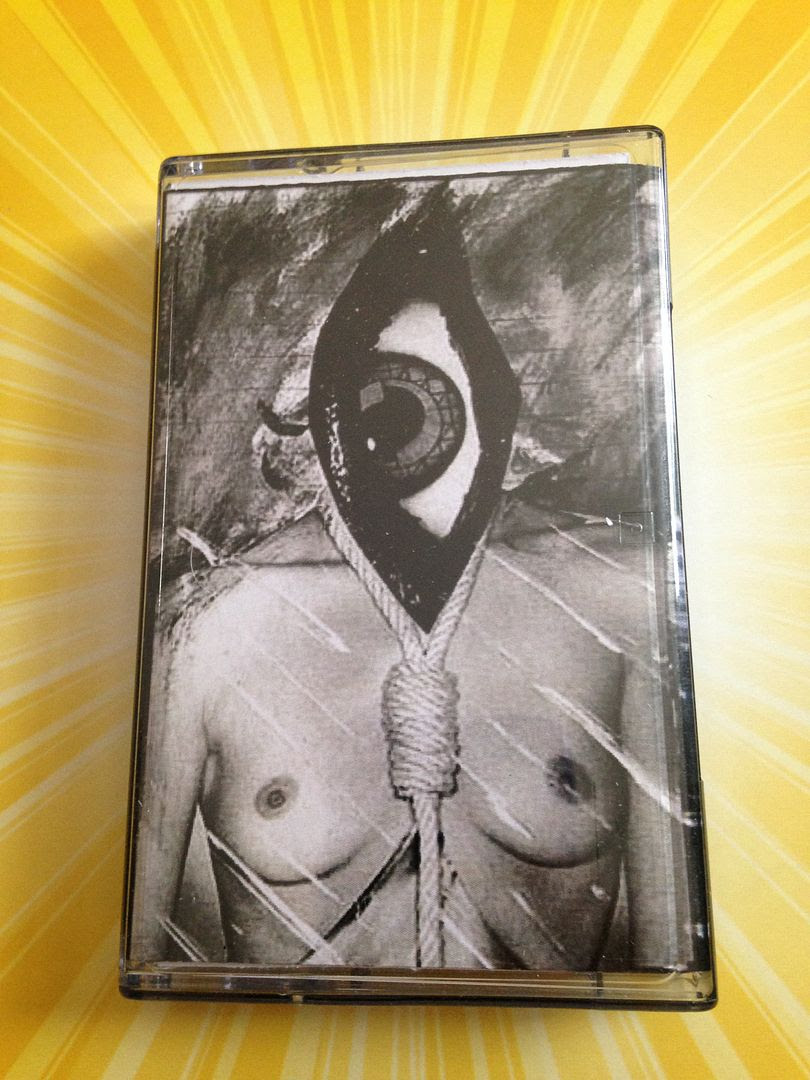 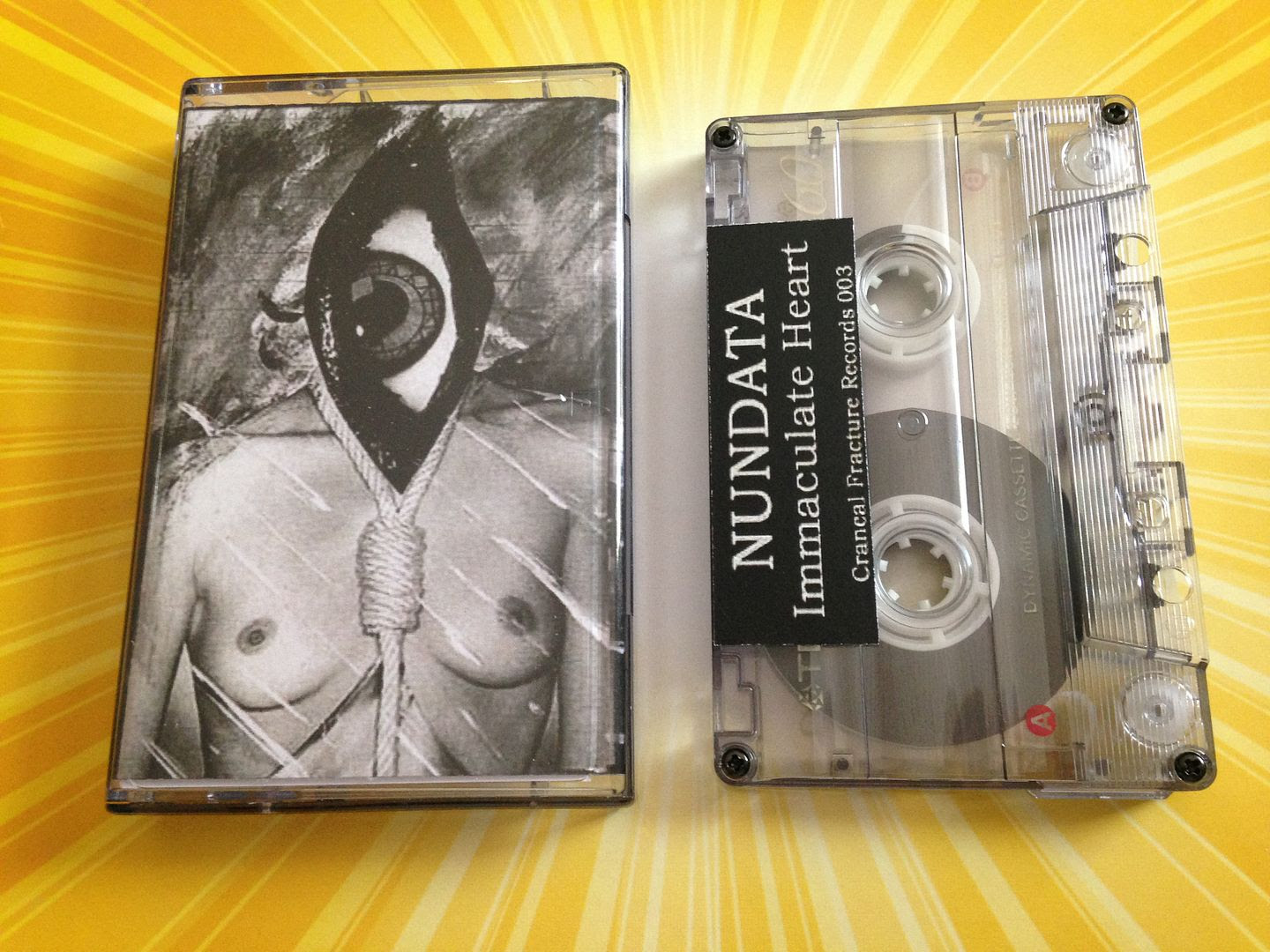 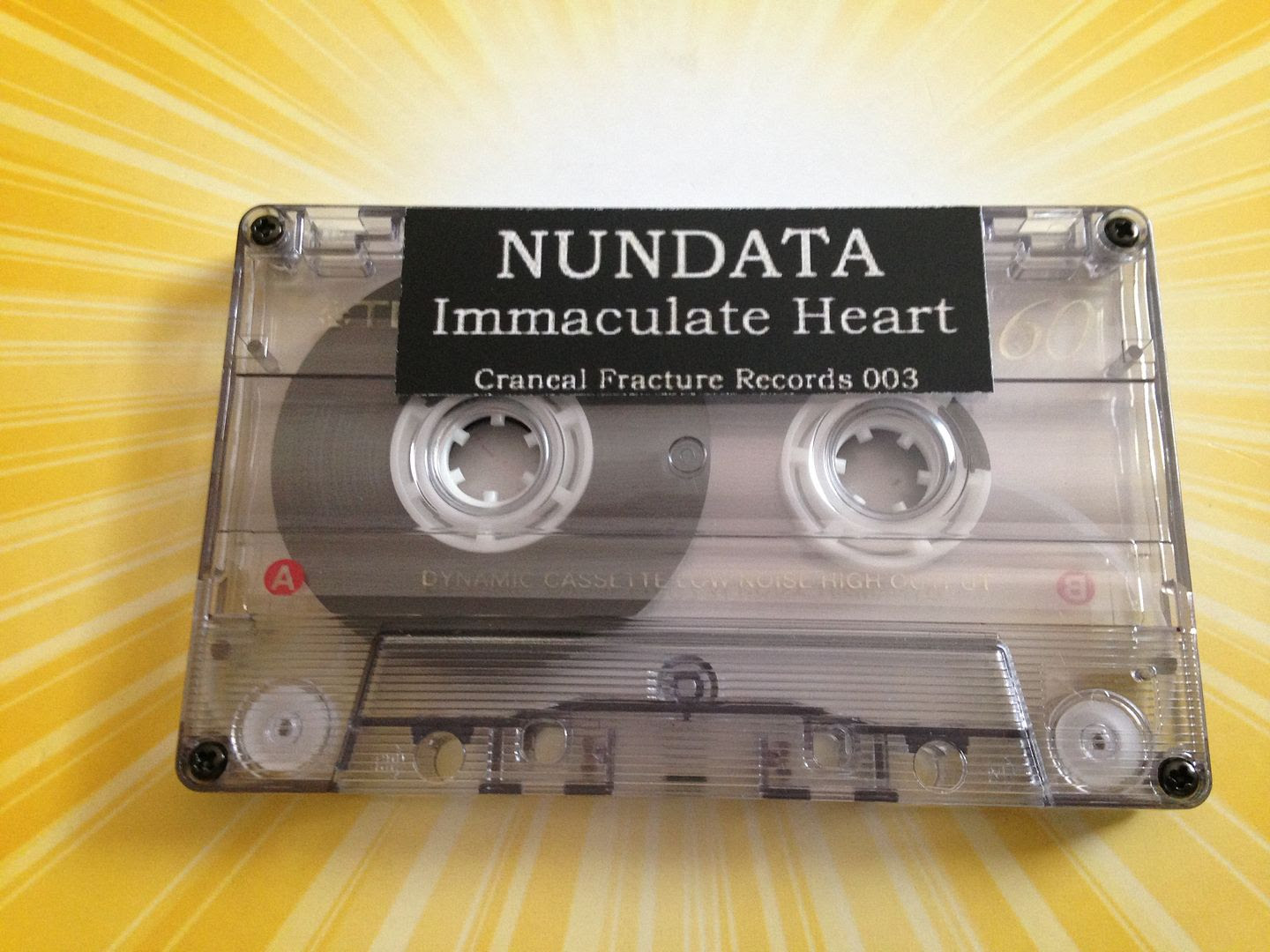 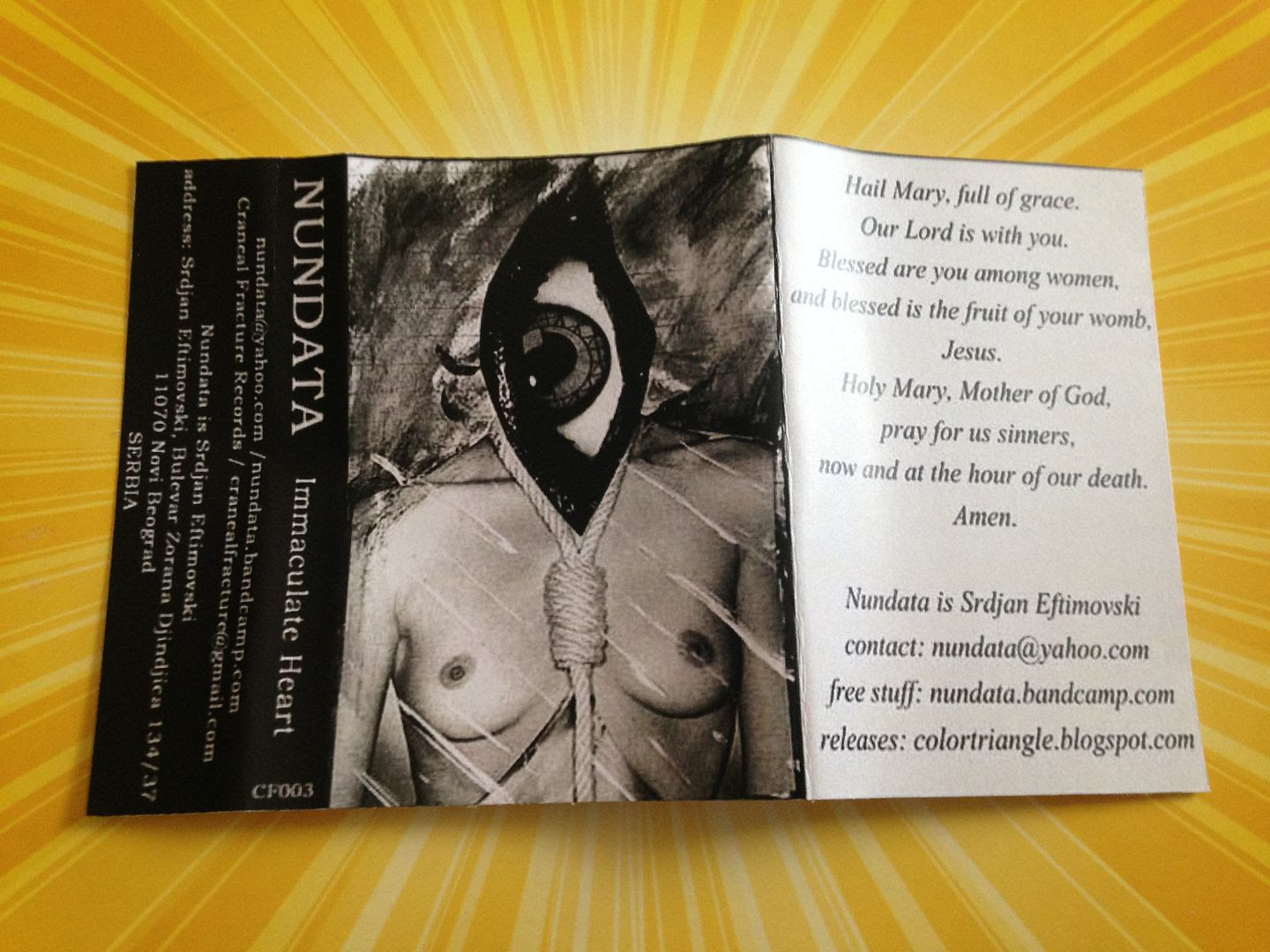 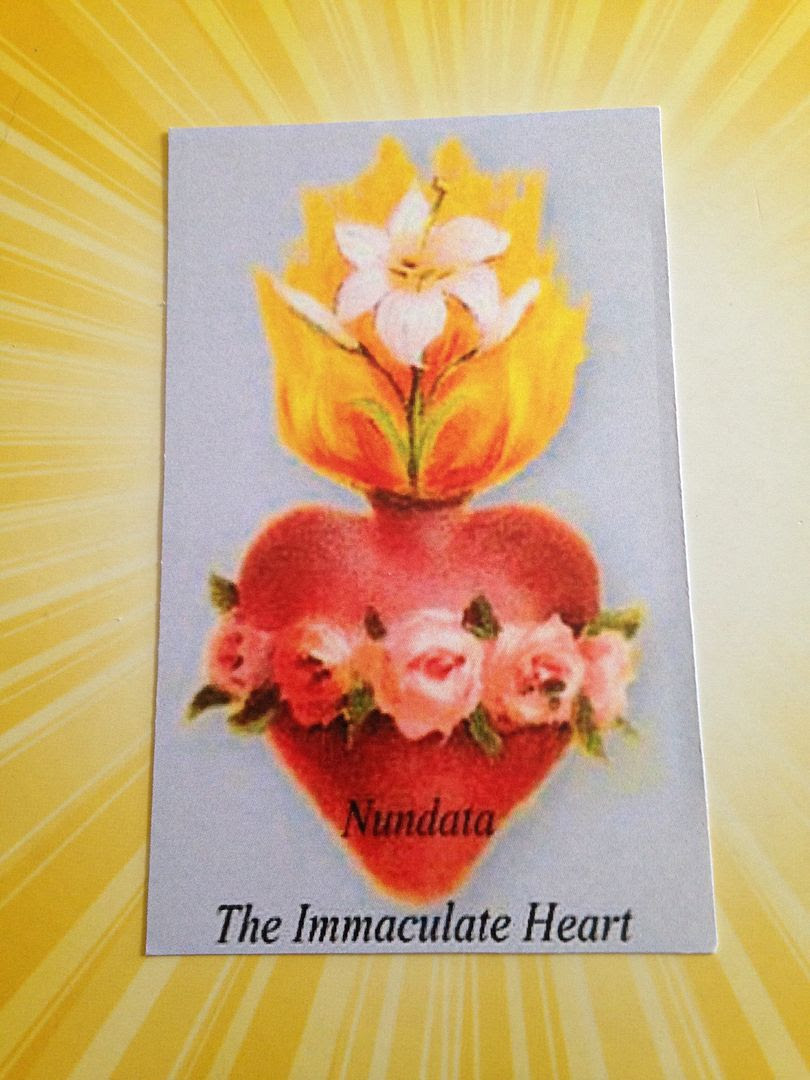 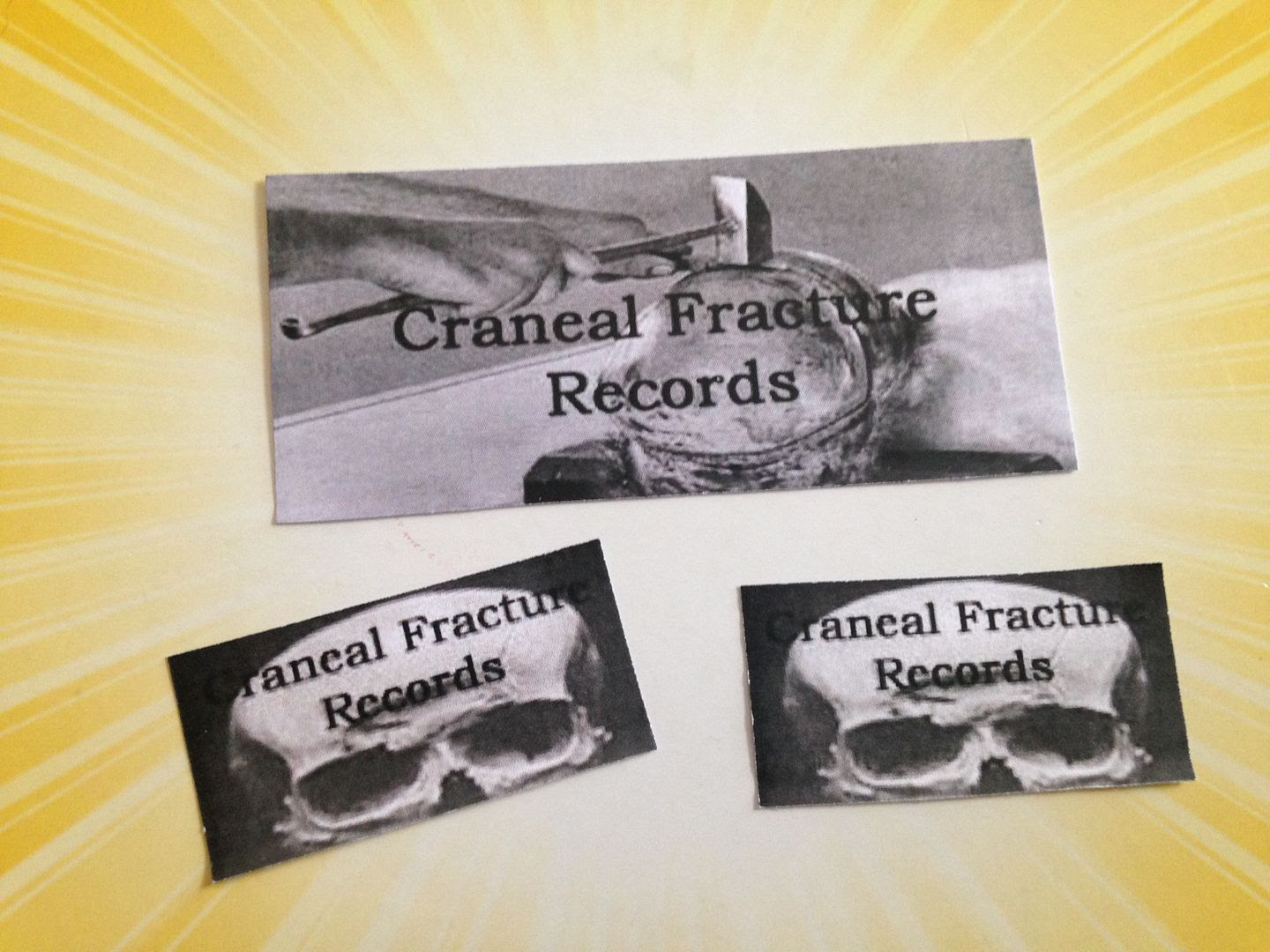