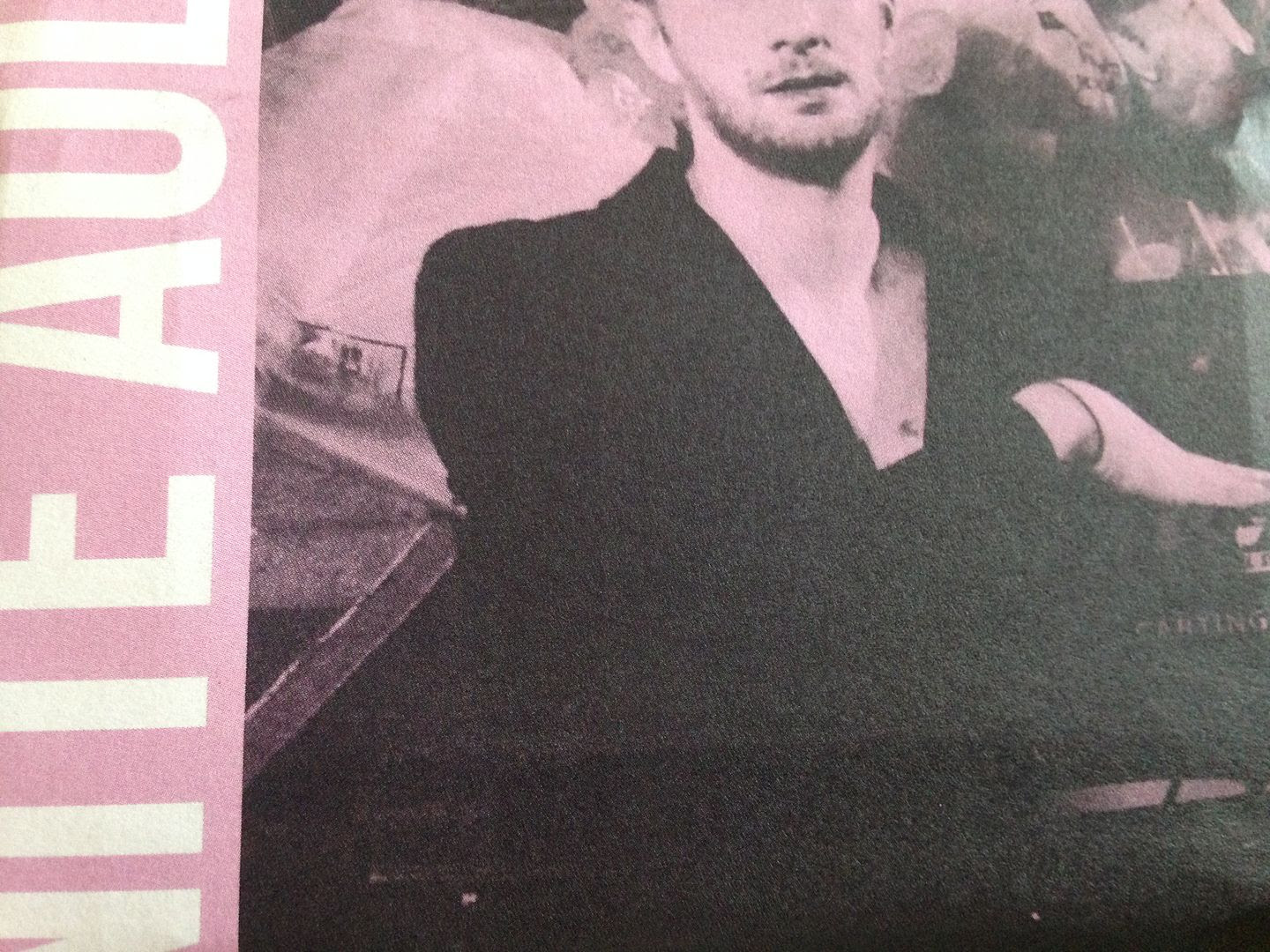 Big distorted drums bring about some sharpness and when the vocals kick in all I can think of is INXS, though there is this other sort of sound in there that could be along the lines of Jesus Jones.    Sadly, my knowledge of INXS only goes so far and that end is to the extent that when I thought this sounded like that "I Need You Tonight" song I had to google whether or not it is by INXS (it is).   There are just some bands that some people can be super into and I just haven't gotten around to listening to in full yet.  (But when I do, trust me, I'll probably start hearing them in everything)

Aside from Nite Audit revealing my lack of knowledge when it comes to the band INXS, this has a darkwave sound.   Words are spoken during the songs at times and it falls somewhere between Talking Heads (Same as it ever was) and Suicidal Tendencies (All I wanted was a fucking Pepsi).    Elements of Stone Temple Pilots come out as well- somewhere between their third and fourth albums- and then the talking becomes somewhat delusional.    Dark notes and whirrs bring about this piano sound ala "Changes", but then there is a bit of Brazil (the band) and possibly a theremin.

Noisy rock is perhaps one of the best ways to describe this and I'm really into it.   The songs become somewhat psychedelic, even garage in ways, as he sings "Hey Judy" or maybe "Hey Cutie", but I'll take it either way.    Strong synth brings about the musings of a mad man as this cassette can even make you begin to feel as if you are going crazy just by listening to it and that is truly a profound effect to have on anyone.

Side B reminds me of the Sex Pistols right away for some reason.  It's a twisted version of Nirvana, Beck or the two combined.   From 90210 guitars to the sounds of aliens, this becomes distorted in space and is quite the guitar craze.     While Side A seems to be heavier on the vocals, Side B seems to be more of the instrumental distorted space odyssey and I love it.

When I went to Bandcamp to look this one up, instead of searching just for Arachnidiscs (Which is what I tend to do) I also did a search for Nite Audit because I wanted to see what other releases and how many of them were on Bandcamp.    I didn't know if Nite Audit was a newer artist or if there would be a trail of cassettes released across as many labels.   Surprisingly, there are more than a few releases by Nite Audit but they all seem to be digital aside from this and one other cassette available on Bandcamp.   Needless to say I downloaded them all with intent to buy the other cassette on payday.   I just like this Nite Audit concept that much. 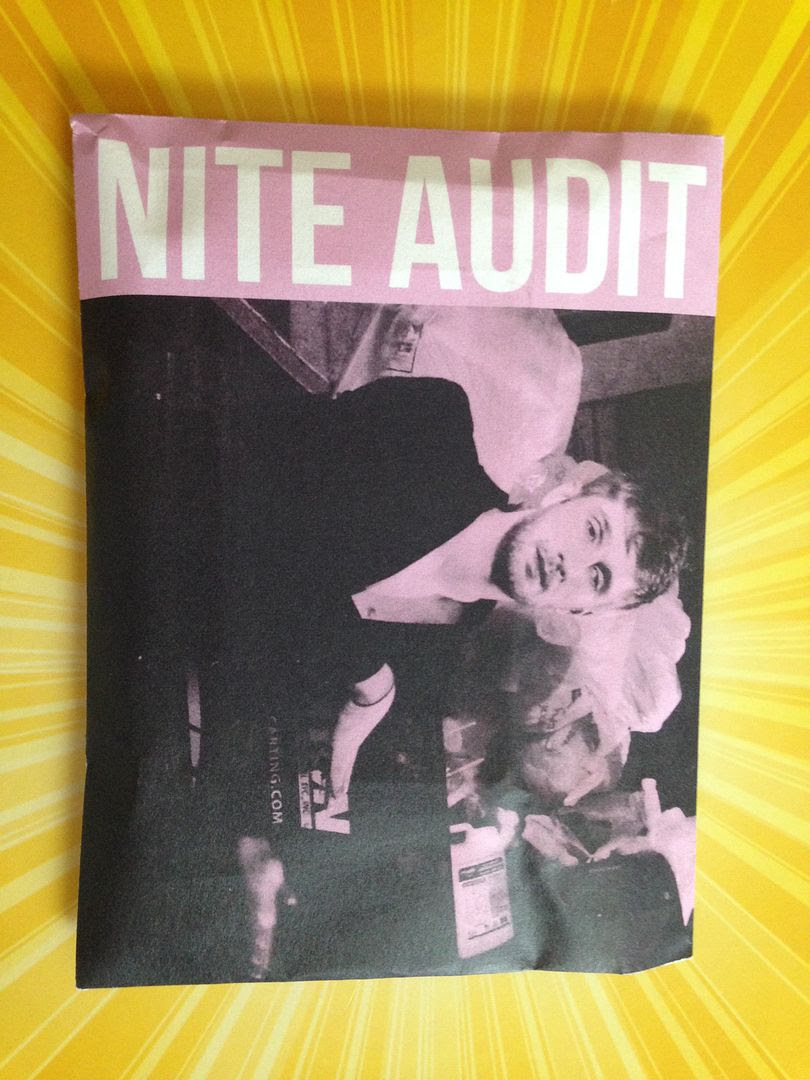 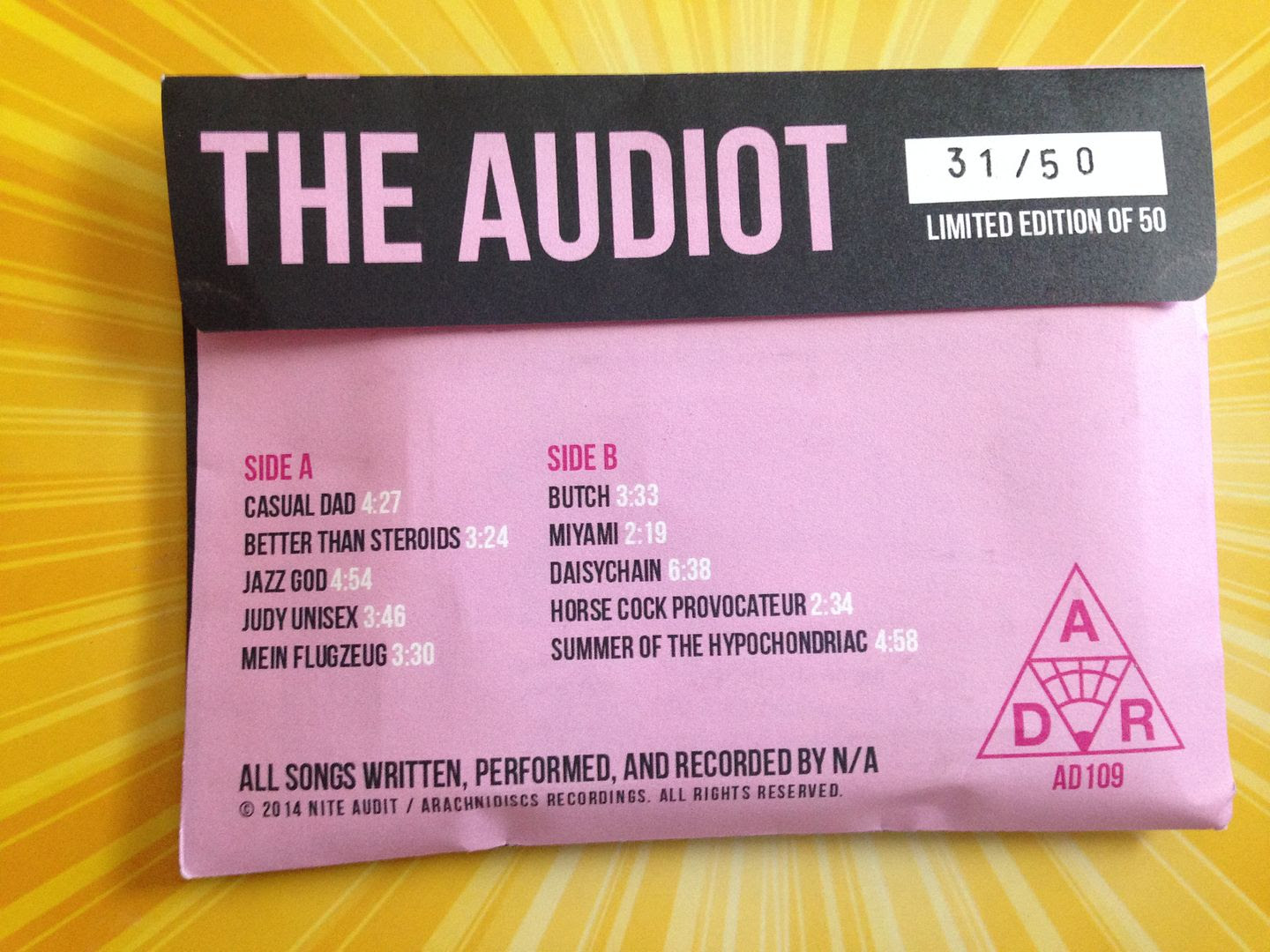 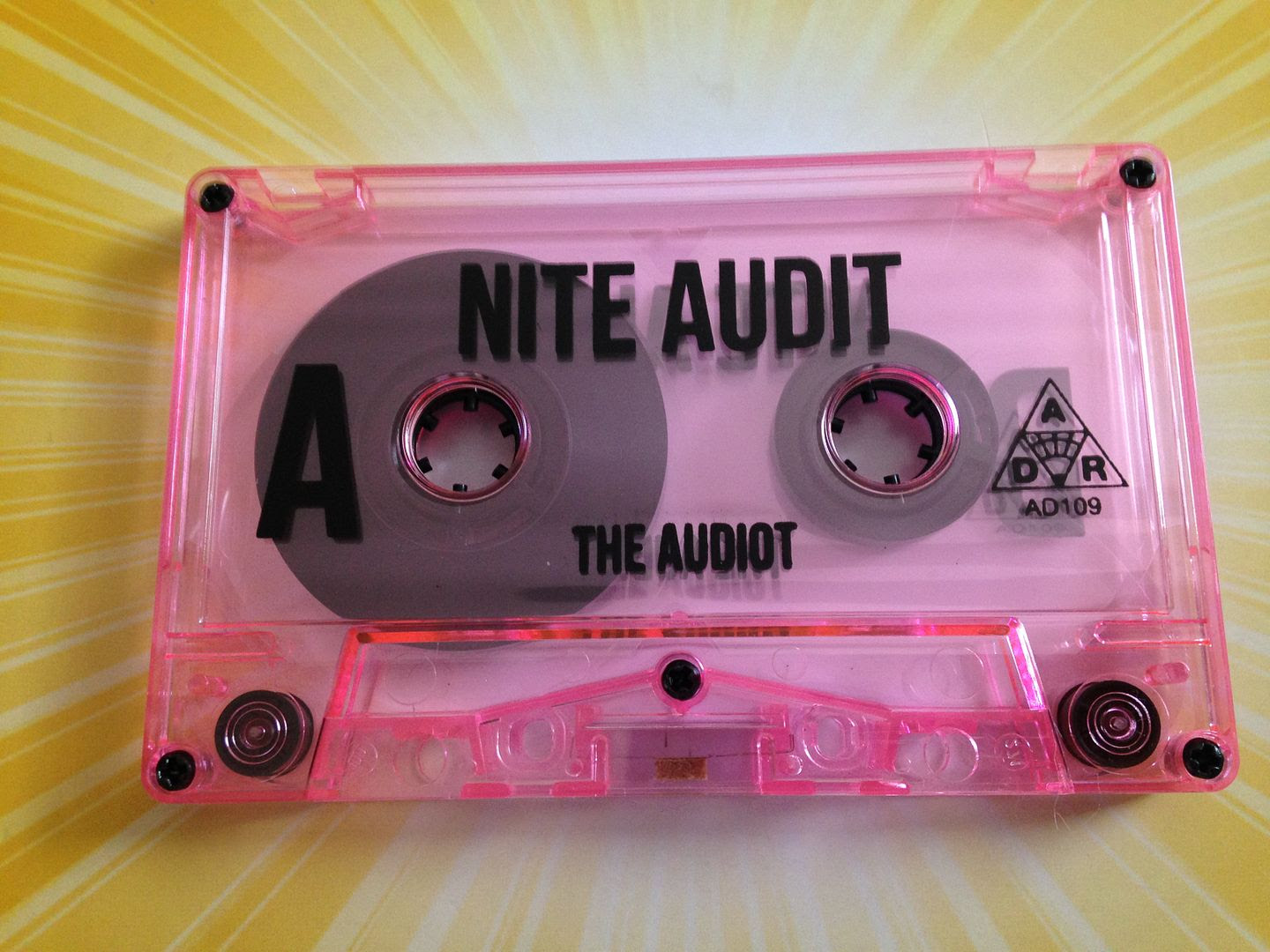 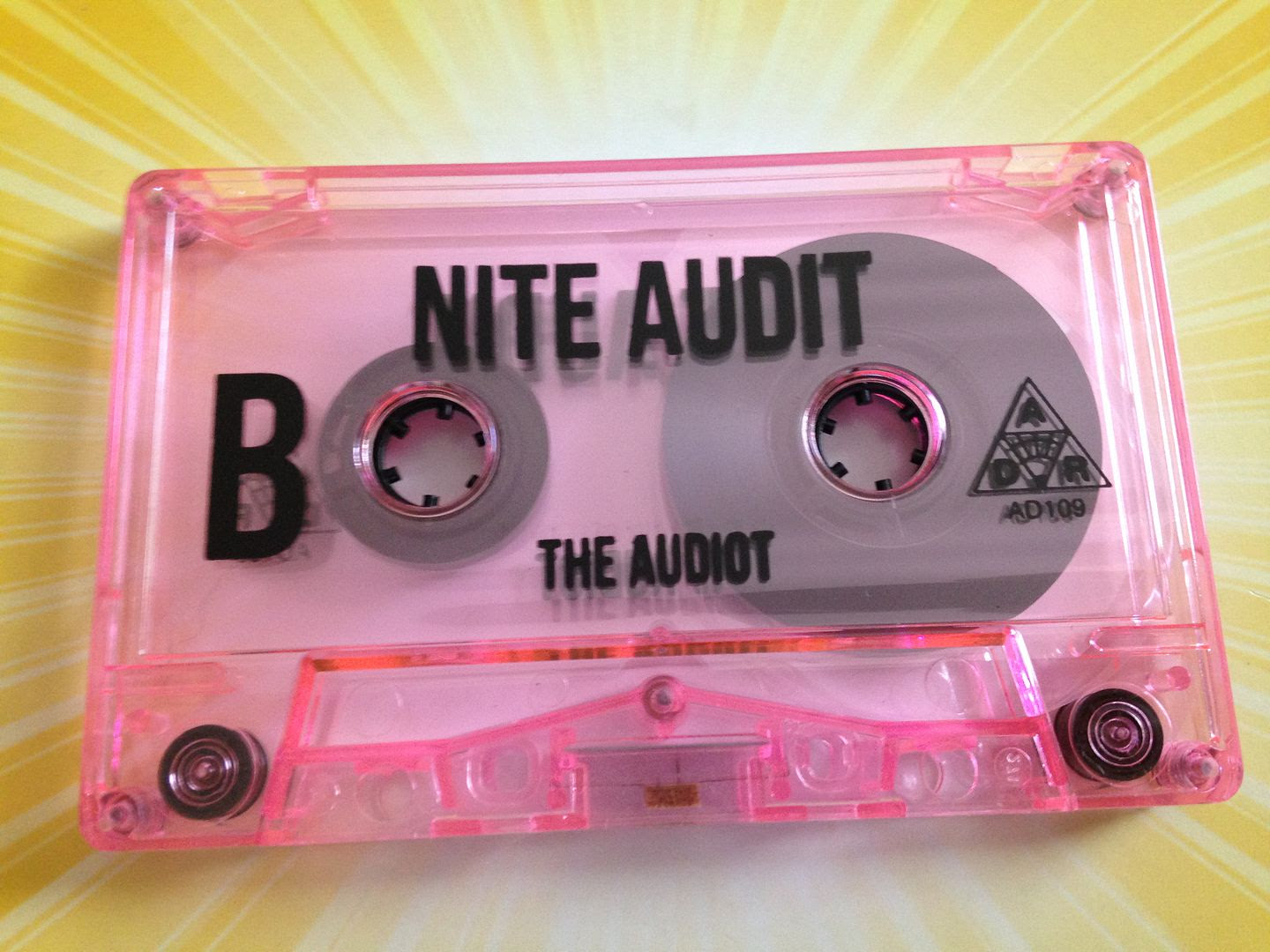 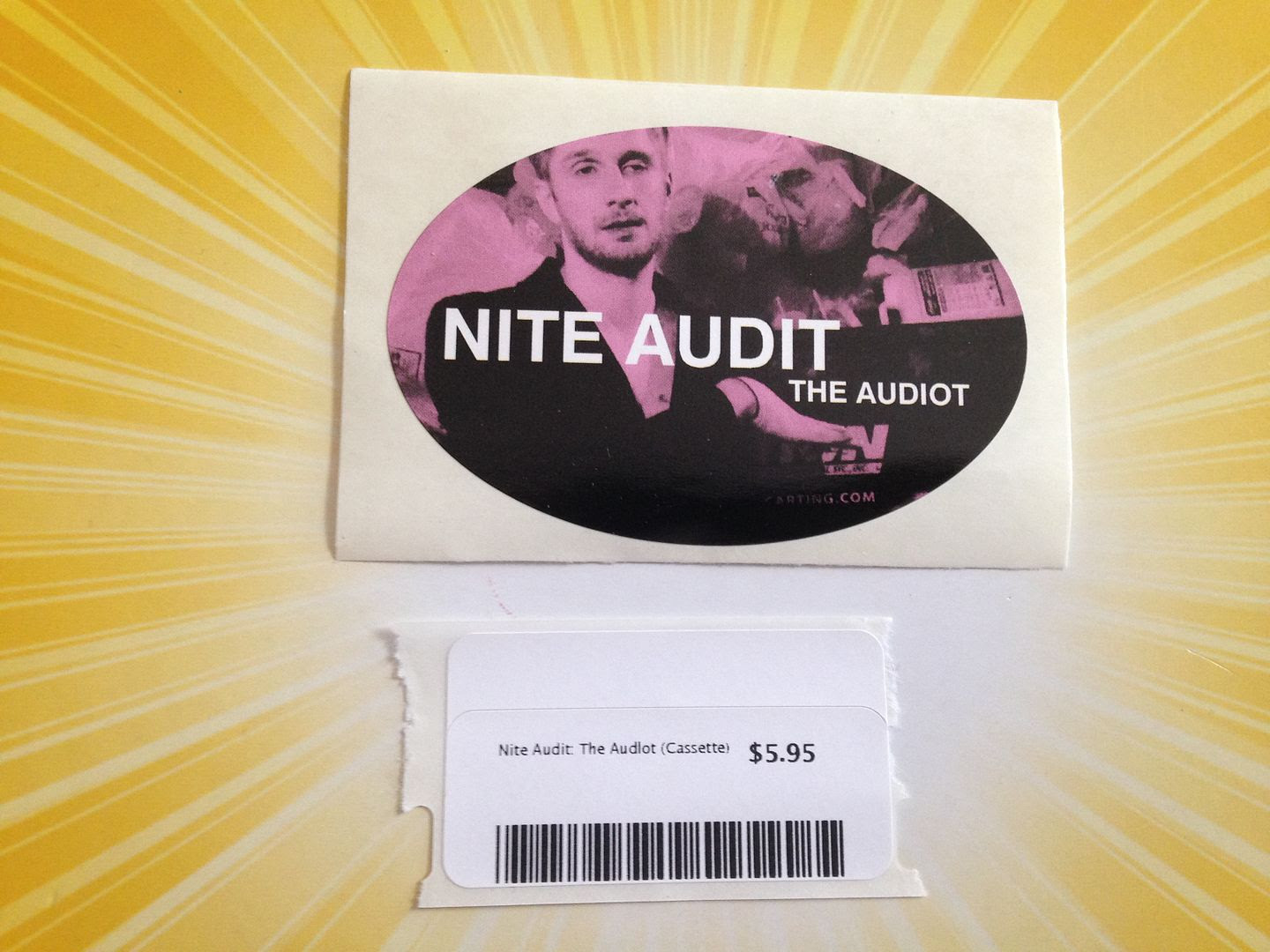 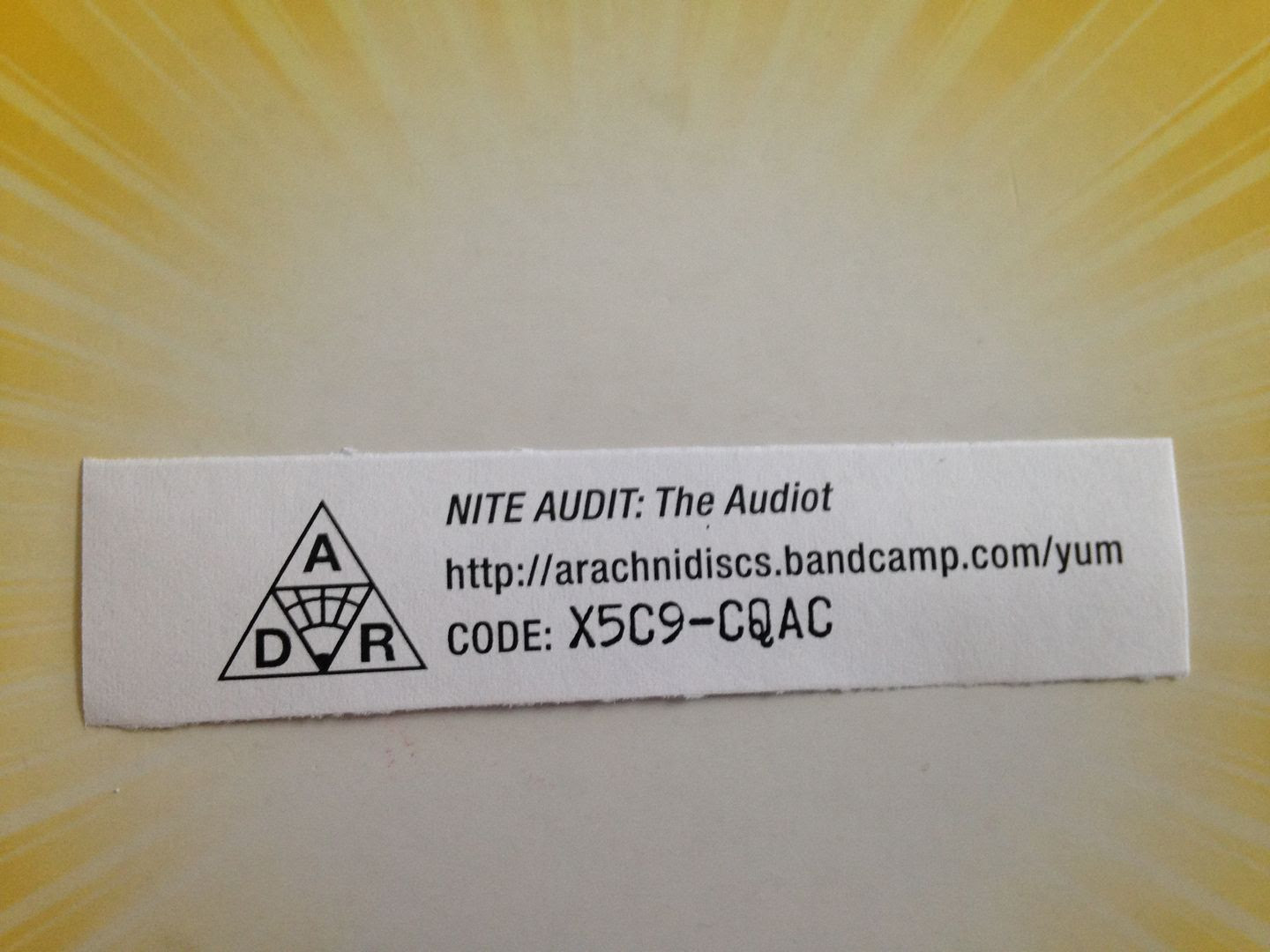