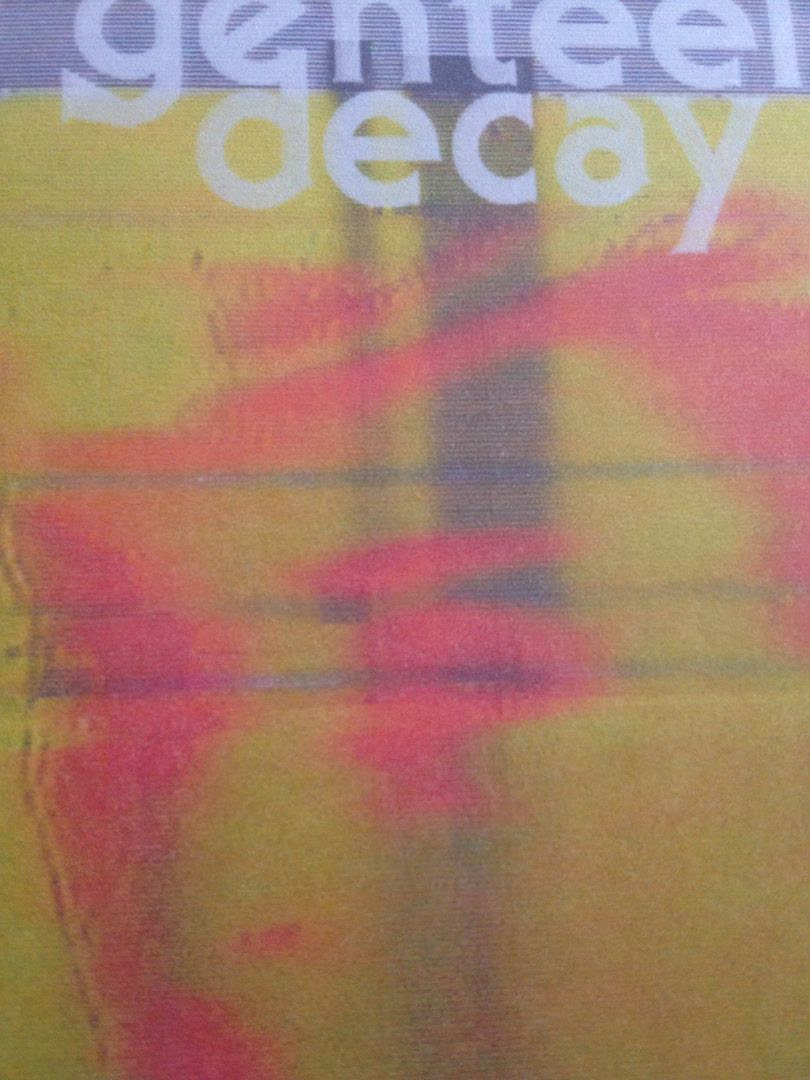 Being a parent is about answering a lot of questions.   You must prepare yourself for this and it is okay to me because I do enjoy answering questions and finding the answers to ones I don't know.    But answering questions as a parent is also a lot of answering the same question repeatedly.    Quentin currently is in the stage of "mixing colors" where he'll ask me "What do red and blue make?" or "What do green and white make?"   So I do end up getting these color combinations that I have no answers for I just kind of make something up.   For red and green I usually say Christmas and for orange and blue I tell him the Mets.

Listening to "A Crumpet or Two" will remind me not only of the repetition of the questions I am asked but also the general idea of mixing colors.    Imagine taking a color- such as red- and adding a drop to a bowl.   Then, as it swirls around, you add a drop of blue, creating a purple of sorts.    Then you add another drop of red, another of blue, two more drops of red, then only one blue... And so on.   You have to imagine these elements being taken in such a manner and then blended together to understand what this music is doing.

The cassette opens with audio loops and I feel like the first words being said are along the lines of "Shake it off every day".   The words are just chopped up, screwed and manipulated every which way to make all sorts of sounds you've never heard just from words before.   There may or may not be other instruments mixed in, but it definitely sounds like it could just be the words being altered in various ways.

Through robotic voice, heavy breathing and waves crashing, we get hooks coming through like Wall-E.    It's a sense of slowed down ping pong and then I begin to hear what I think is "Iron Man" only slowed down.    Someone says "I don't think I don't remember" and then gets mixed up all sorts of ways before minimal jumbled electronics loops come into play.   By the end of Side A it's a mix of that "Iron Man" loop with the "I think" loop and it actually sounds like a lot more than it reads on a computer screen.

Side B opens with clear instructions to "Please commence the hokey pokey", which I haven't done in over twenty years, maybe even thirty.   A single laser shot is fired and then it has this Bobby McFerrin feel to it.   An audio loop comes out- a lot- which says "tastes disgusting" and there are some screeches, but you just have to imagine all of this being mixed into this rotating bowl, one drop at a time, and then being mixed and manipulated.     It does feel like, though, if you were going to apply this to a different art form- such as ceramics- you'd end up making a pretty cool vase.

Genteel Decay then shows us why I always listen to every cassette until the end- until the tape itself stops- because you never know what might happen in what you think is only dead air.    And in a lot of ways I feel like that is the story of this cassette: you can read about it and think you know it based upon the surface but underneath there is quite a lot going on and it really sounds a lot bigger than what you could ever possibly think based upon the words.   I initially thought that this cassette was called "A Trumpet or Two" and so I like to think, well, what if it was all sounds being made by only a trumpet (or two?)  You'd have your ideas of "Taps" and what not, but it would be so much more than that because it is so much more than that. 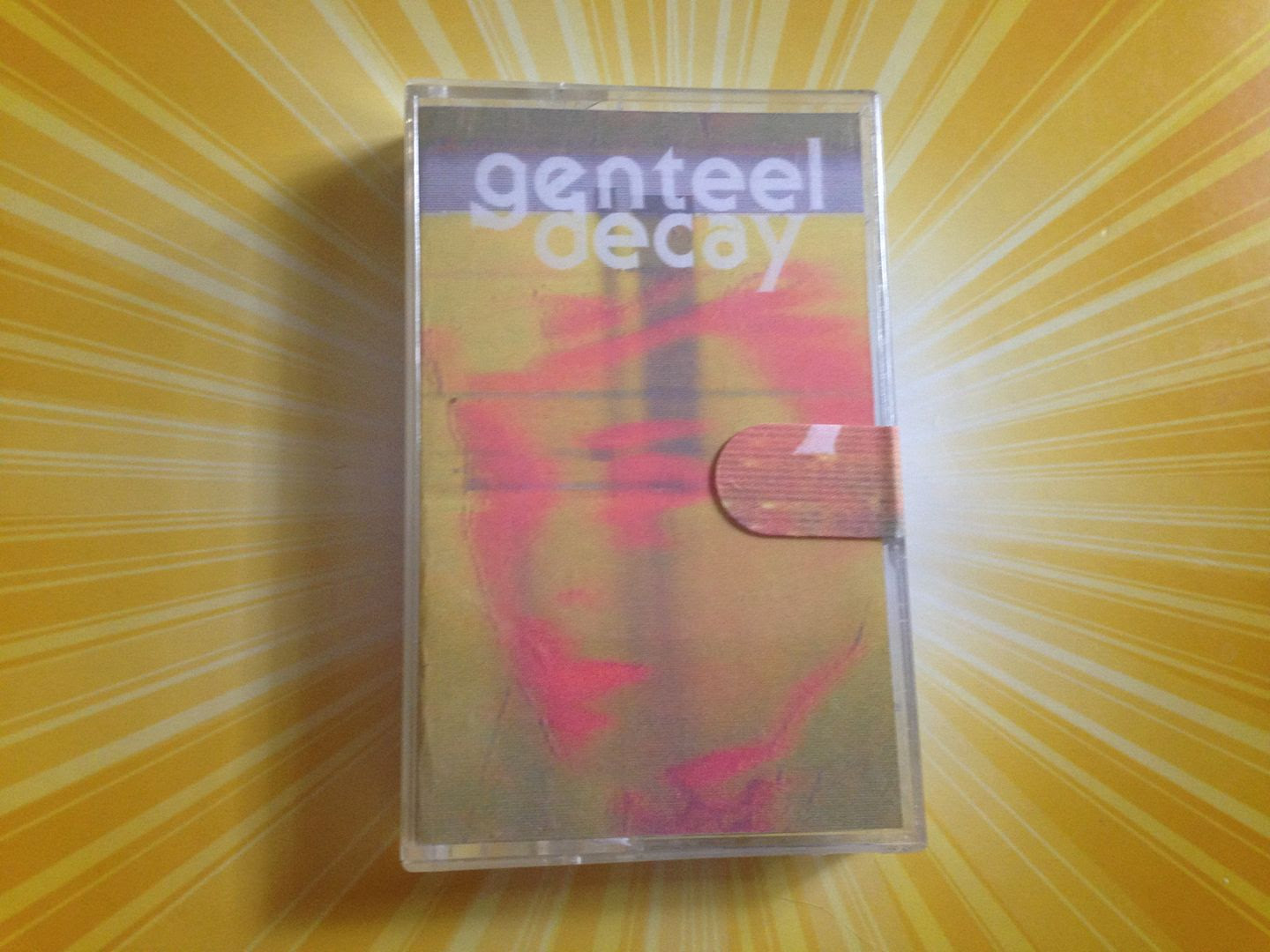 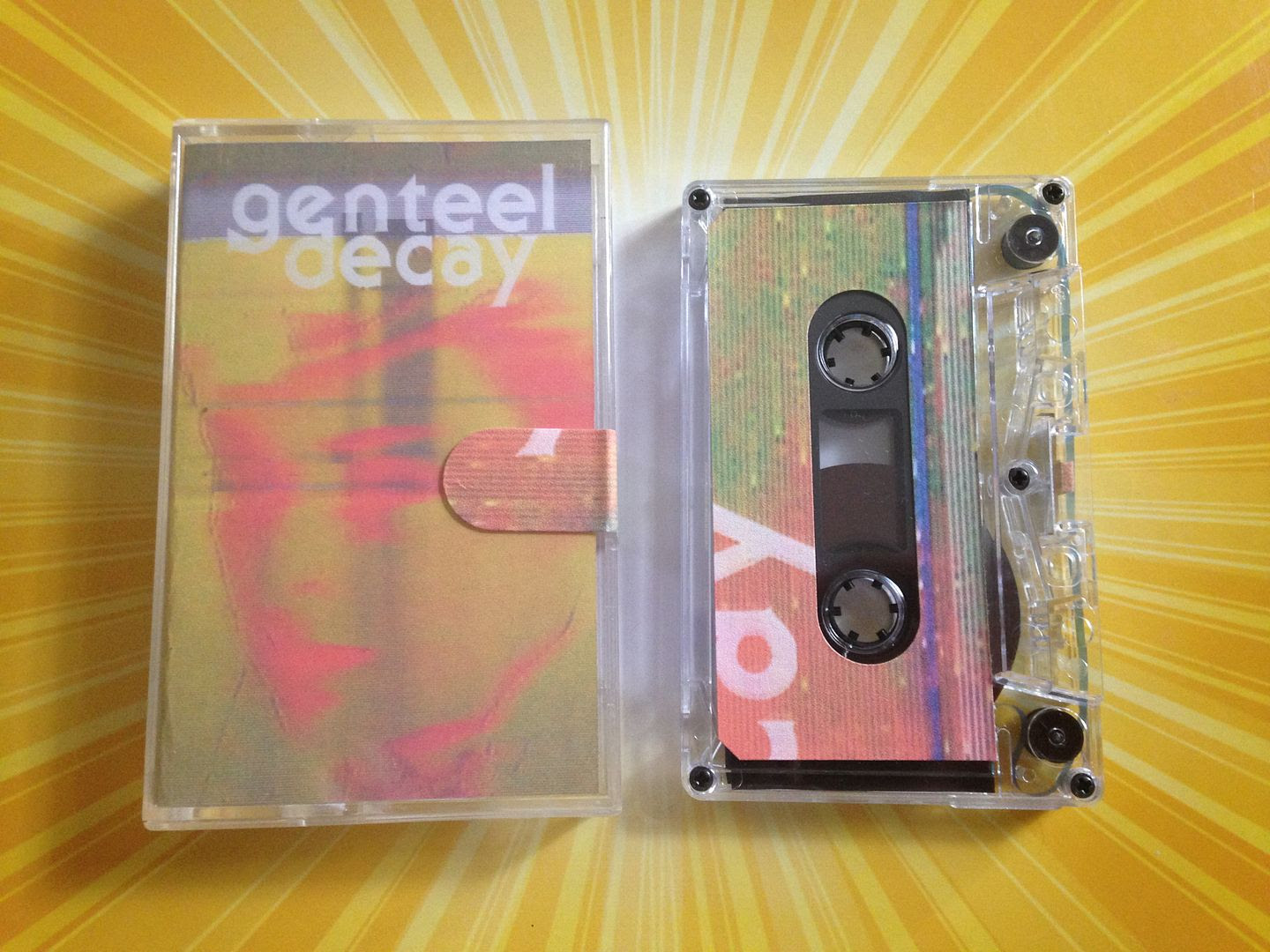 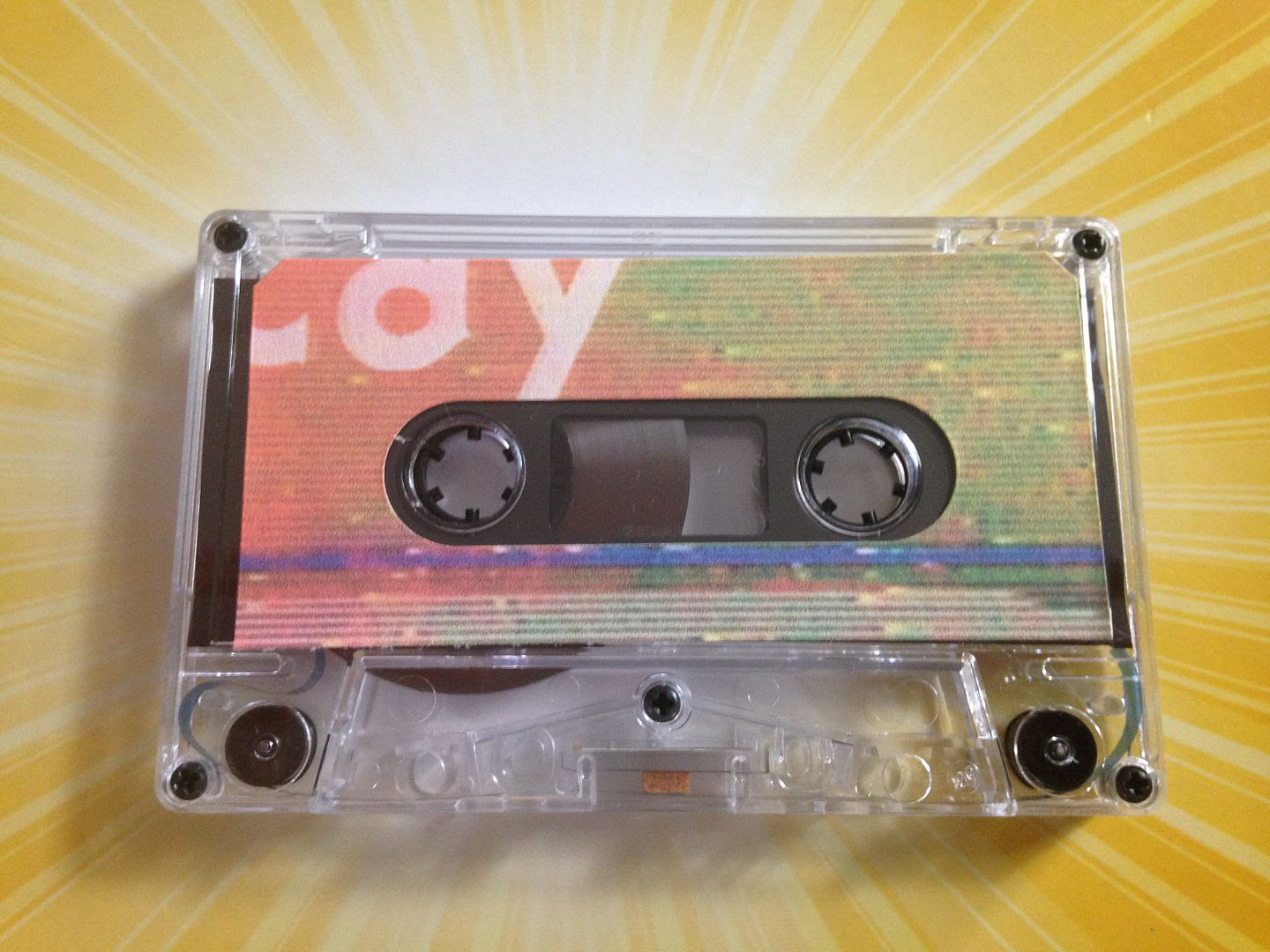 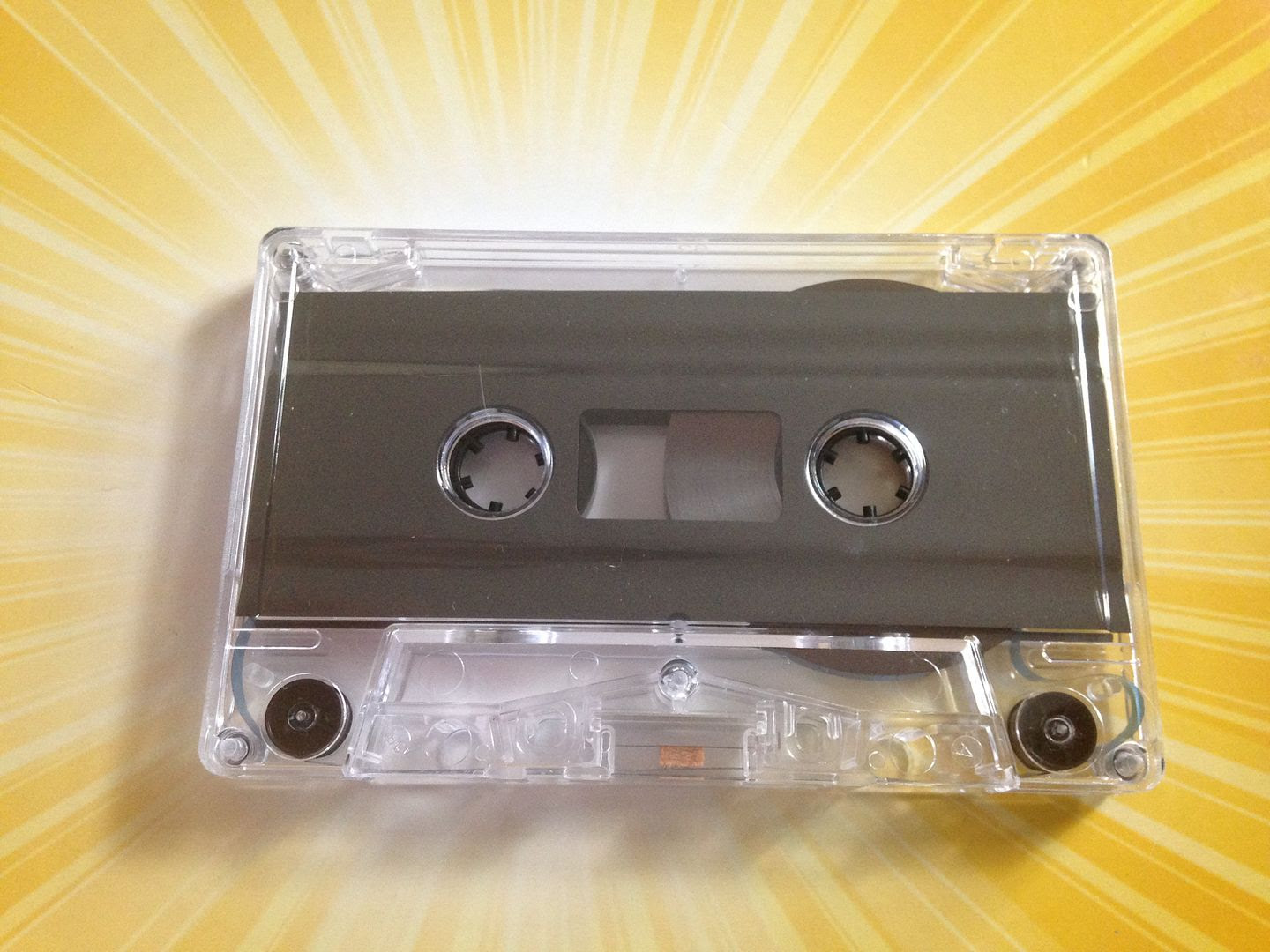 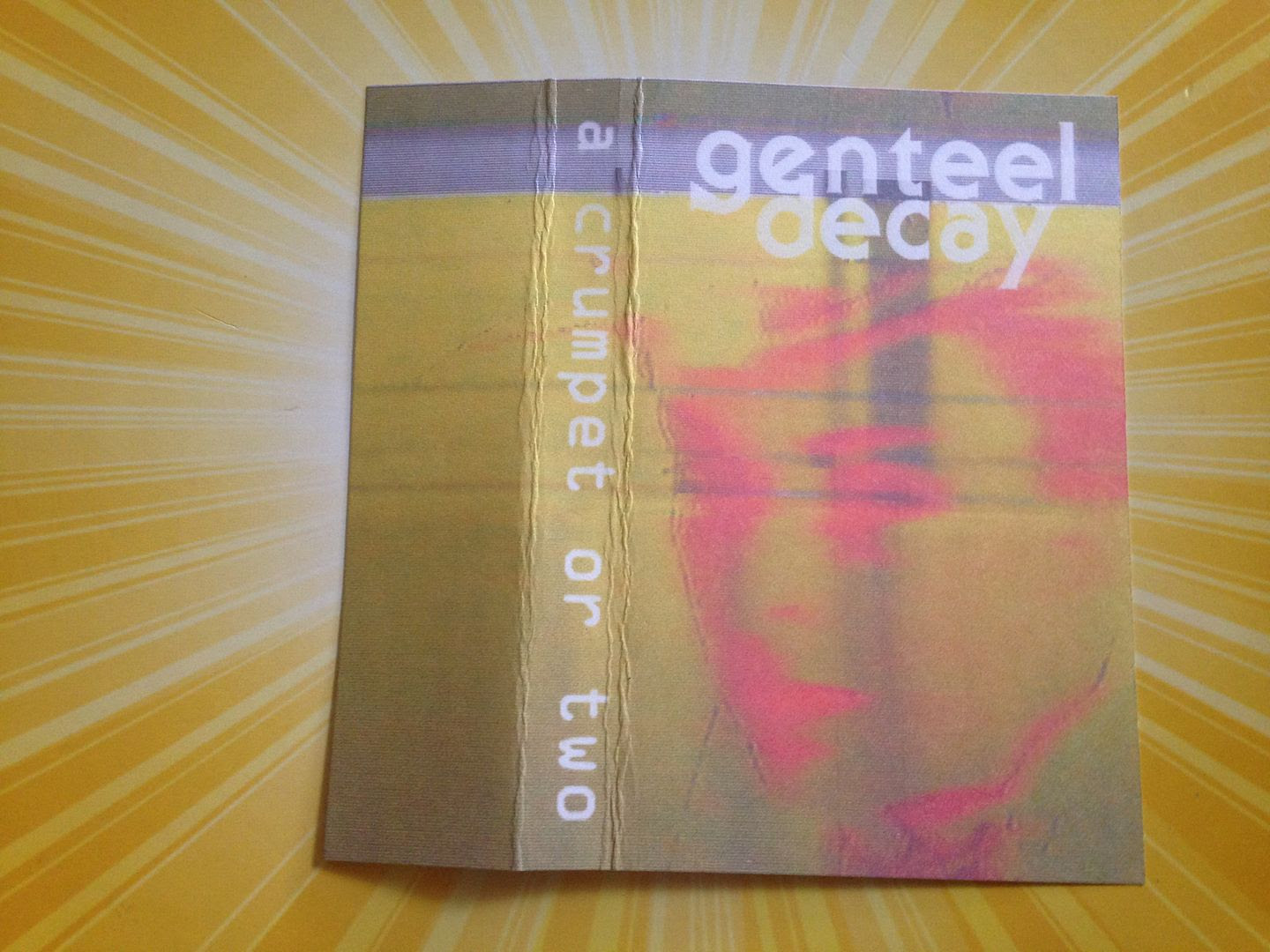 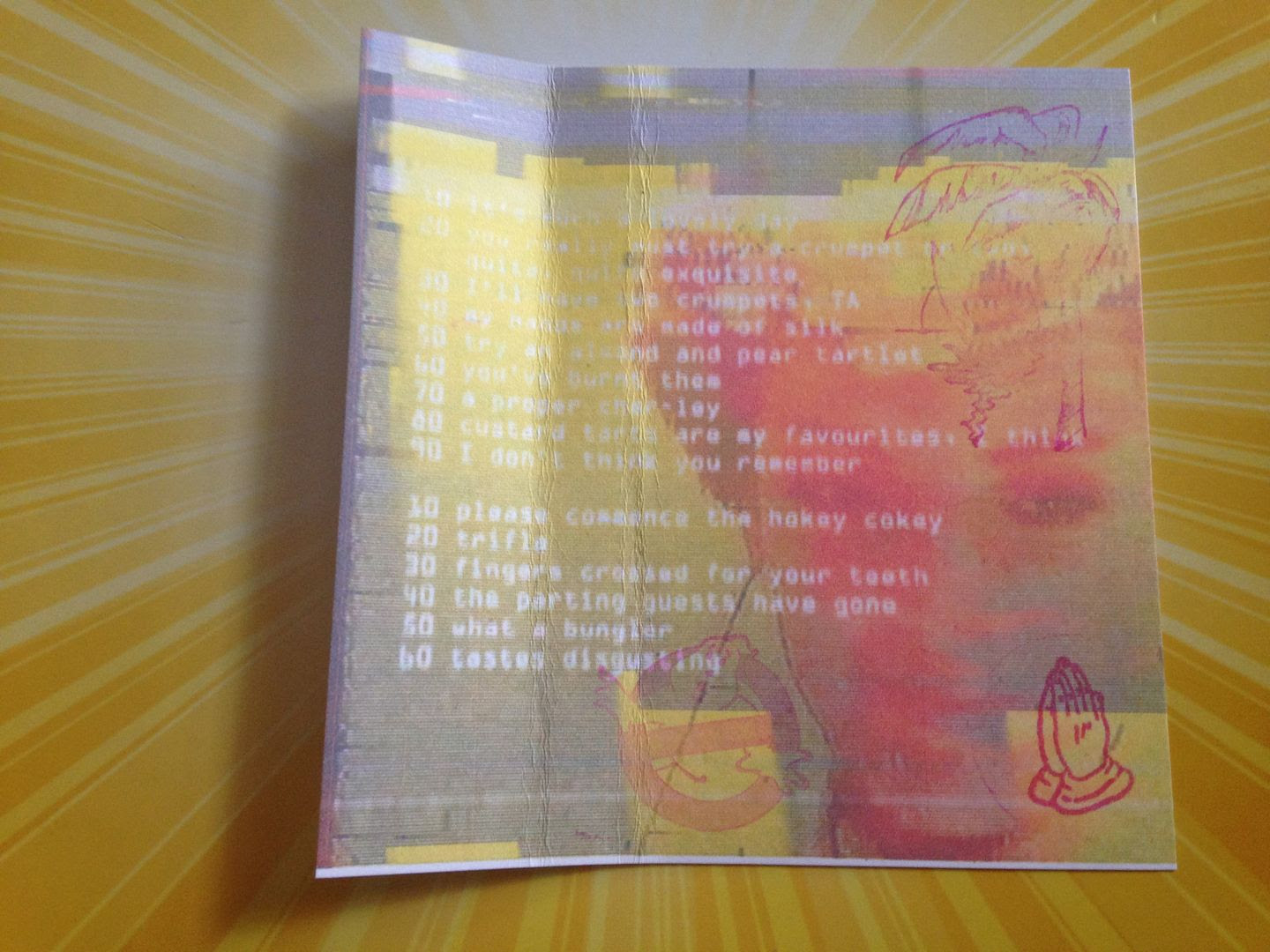 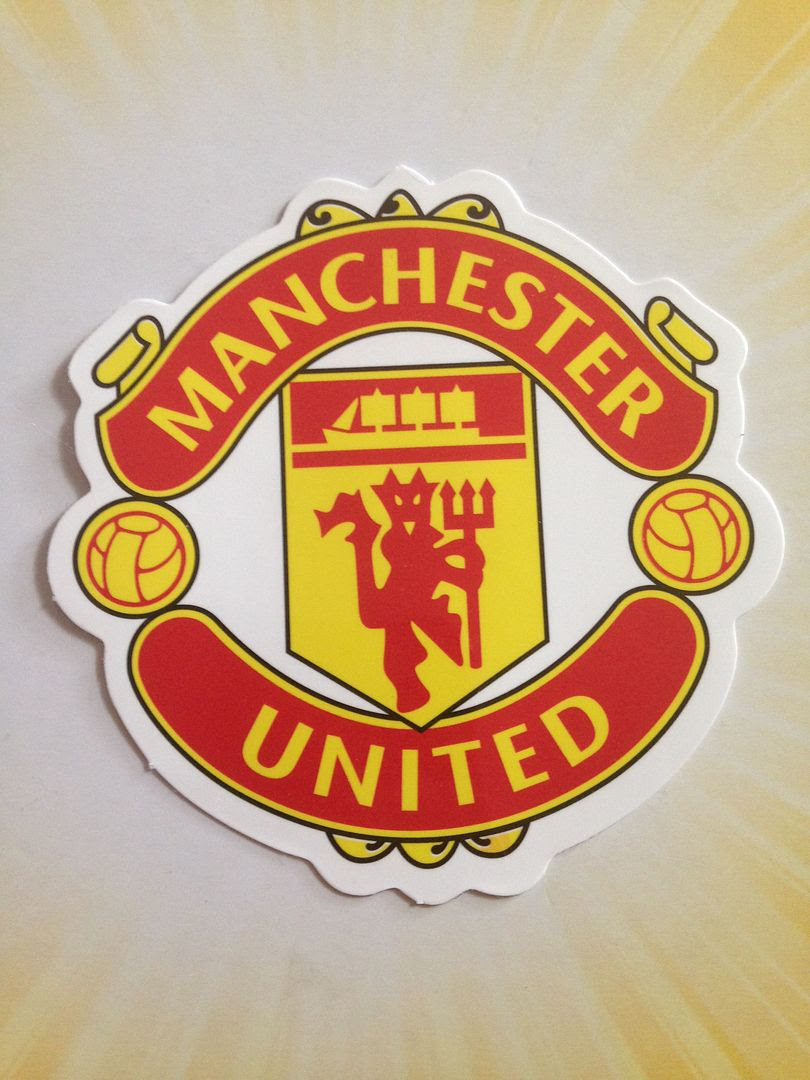 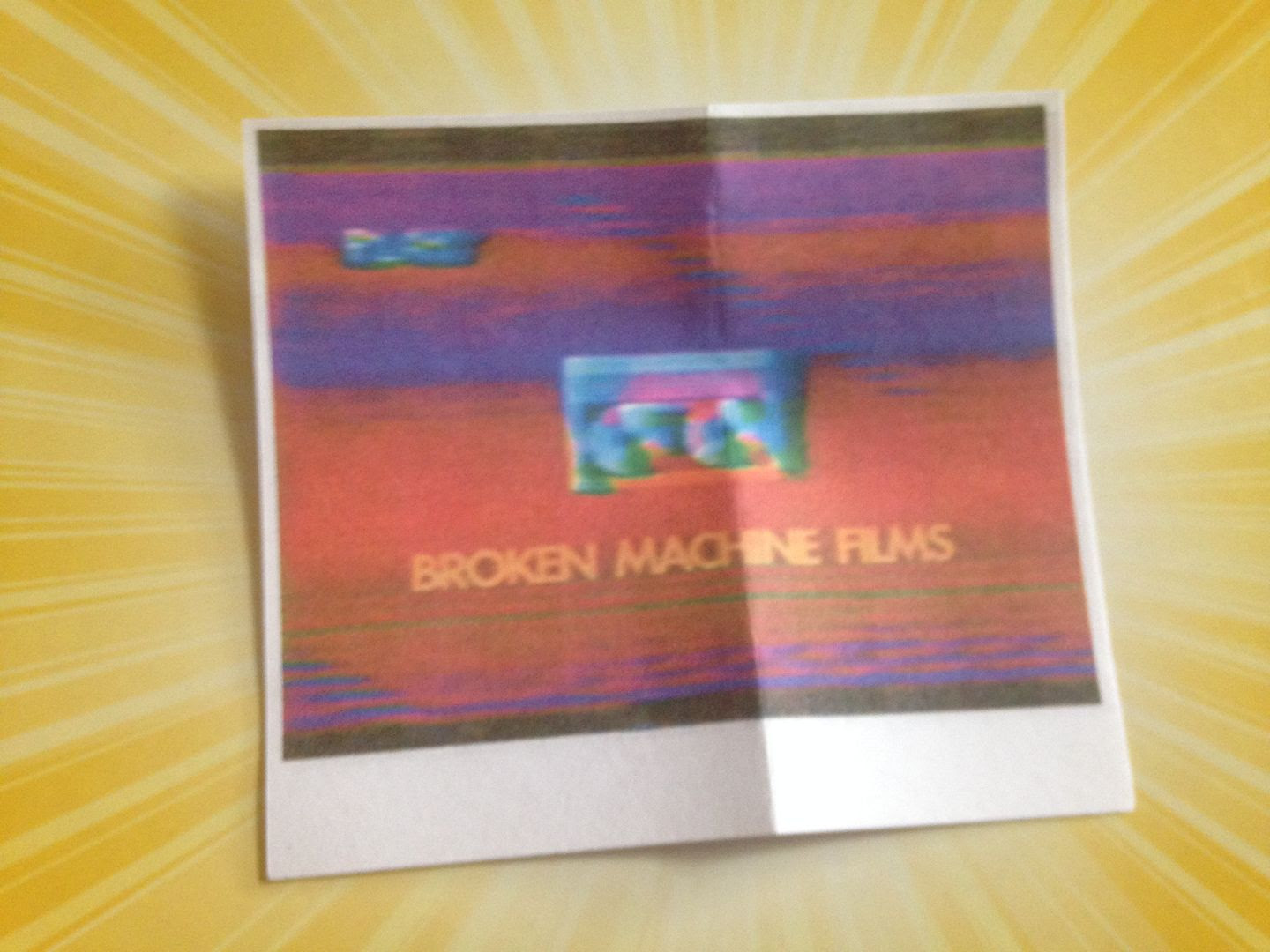 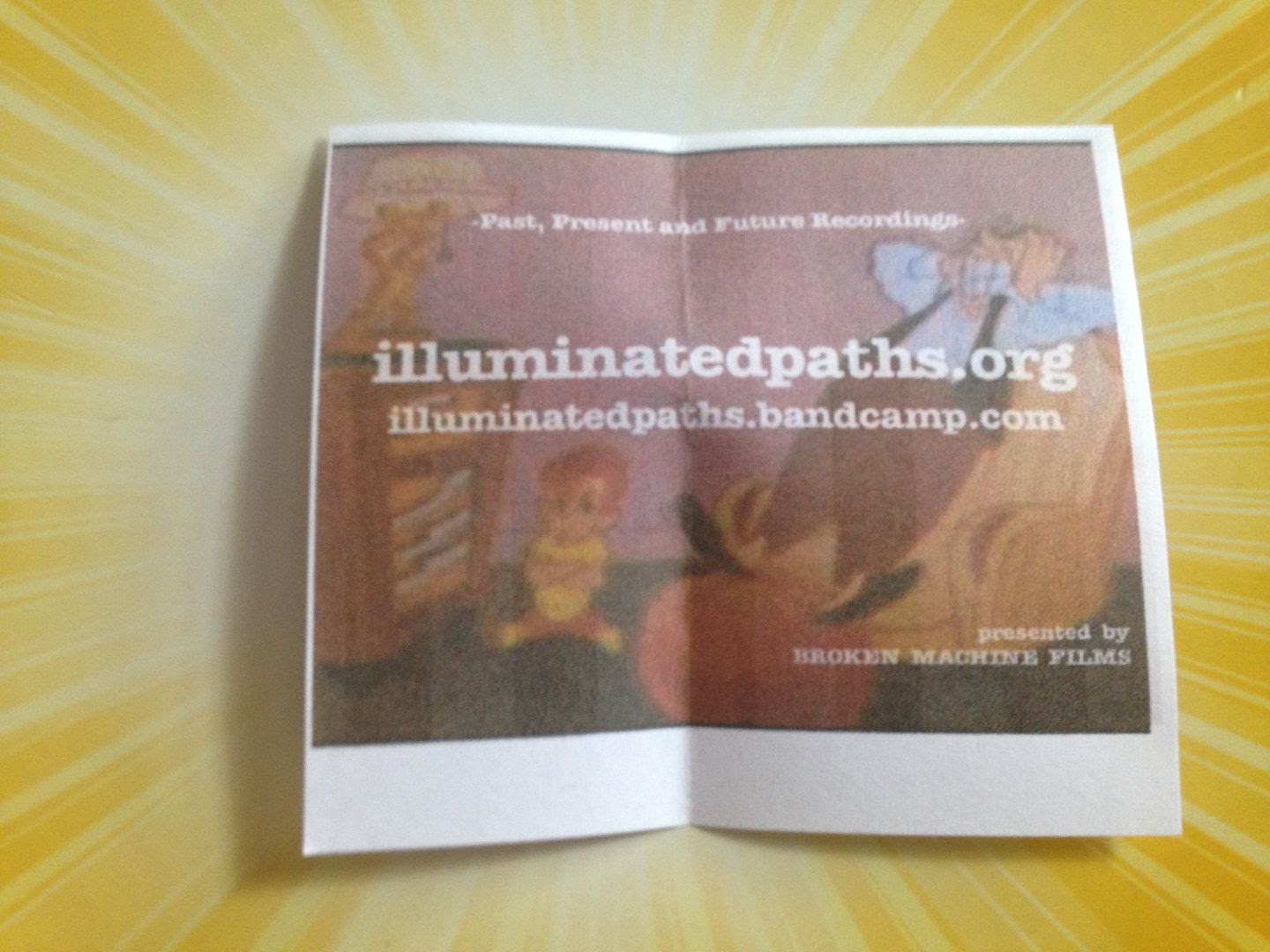 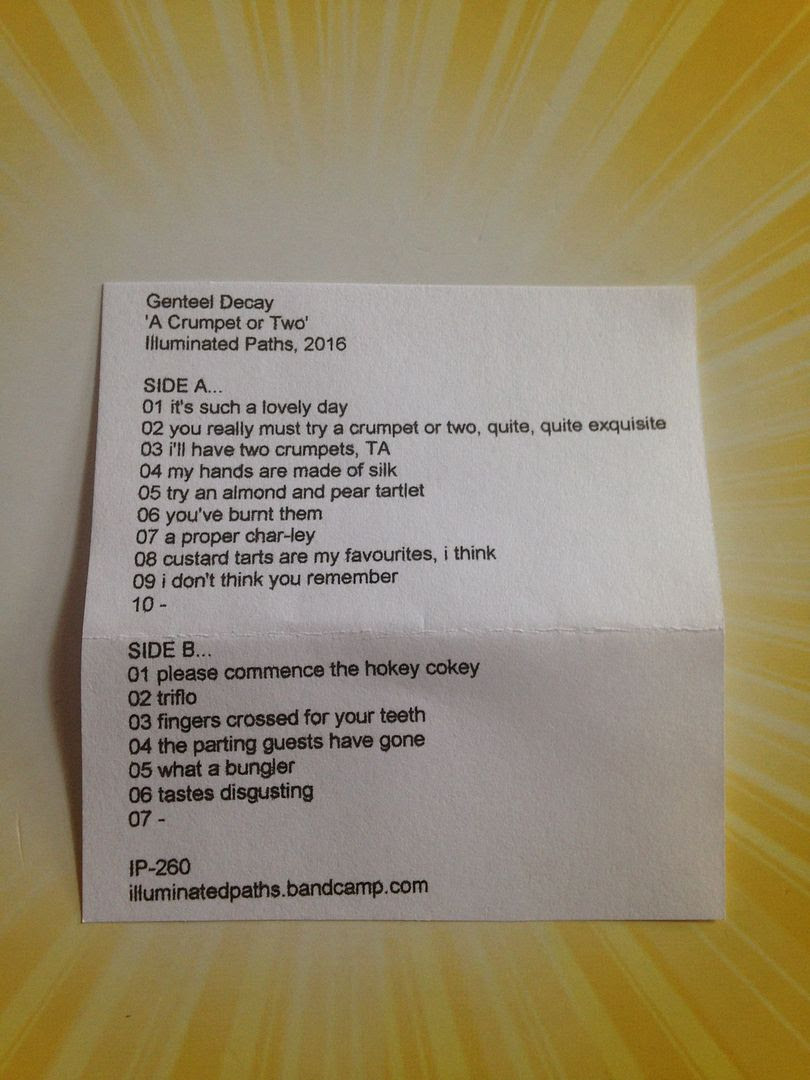