I feel like over the past year or so of collecting Mattel's WWE line of action figures we got spoiled.   It all started when we found Alicia Fox in stores, then an Elite Paige, then Summer Rae and then we missed a series with Natalya in it (saw everyone but her) but we did find the second Paige with Finn Balor (which was the only time I saw either in stores)   We didn't see Naomi, but I'm waiting for an update on her any way but I did see the Lana figure in blue but decided to pass on her because we don't need another Lana like that.    But it seems as if the idea that "WWE women figures are hard to find in stores" is coming back around now.

If you had asked me in the past few months what WWE figures we were constantly looking for in every store we went to, Bayley would be among the top of them.   We saw this series several times and I'd read about stores that had displays built for it and people were saying they saw two or three of this Bayley figure at a time.   In fact, people were complaining they couldn't find Paul Orndorff from this series in stores and I've seen him at least three times but Bayley I still saw in mass retail zero times.

I like to frequent WrestlingFigs.com which is linked up with Ringside Collectibles.  On a Friday I went onto that site and saw a RSC sale where not only this Bayley figure but the Sasha Banks and Natalya I haven't been able to find in stores but have come out recently were all on sale for $10.99 each.   I had to pay a little over $5 shipping for the three of them, but I've spent more on gas and time looking for them in stores and usually WWE figures are $9.99 in stores but over the weekend at Target I saw them for $10.99.     So this is something I will repeat in the next two reviews as well, but yes, I got this Bayley action figure for a great deal on RSC.

The package from RSC arrived on Tuesday- so not too long after placing an order on a Friday- and during the time in between I was having a conversation with my wife about how there aren't really a lot of differences between "basic" and "elite" figures when it comes to the ladies.   I do believe that the "elite" versions just come with more accessories as they share the same articulation.   So, to pay even $14.99 for this figure- or any WWE woman you really want in action figure form- would be worth it.    Quentin was also excited when this box came because he opened it up and was so excited to pull out the Bayley figure (A picture which I tweeted and Bayley herself retweeted)

Now that we have all of that out there let's discuss the action figure itself.   It's funny because I watch "Breaking Ground" and it's one of my favorite shows on The WWE Network and there is an episode where Bayley is given this figure which I found to be kind of cool.    It looks a lot like her and I do believe that this is one of the figures we saw some time ago in grey scale.   I do somewhat remember this as being Bayley's look for a while when we first started seeing her in NXT, but there are so many more colorful looks for Bayley that I think she has a bright future in the world of action figures.

There really isn't anything bad to say about this action figure.   It is perhaps the most complete figure made by Mattel of a WWE woman.    If I had an action figures awards show I'd likely give this "WWE female action figure of the year", but it's tied right now for best action figure of the year in general with that Demon Finn Balor from Elite 41.   I've only ever really seen the figure from the front and so when I actually took the figure out of the package and looked at it the details are great.   I didn't know until now she had a dinosaur on her tights.

Bayley also comes with a removable headband- which I hope didn't break Mattel's budget- and aside from title belts I'm just not sure what else you could ask for with this figure if it was an Elite so I'm rather pleased with it overall.    I fully plan on buying just about every Bayley action figure Mattel makes, I'm more concerned with whether or not I'll be able to find them in stores, but yes, one day soon I would enjoy it a whole lot if we had this collection of five or six Bayleys in front of us. 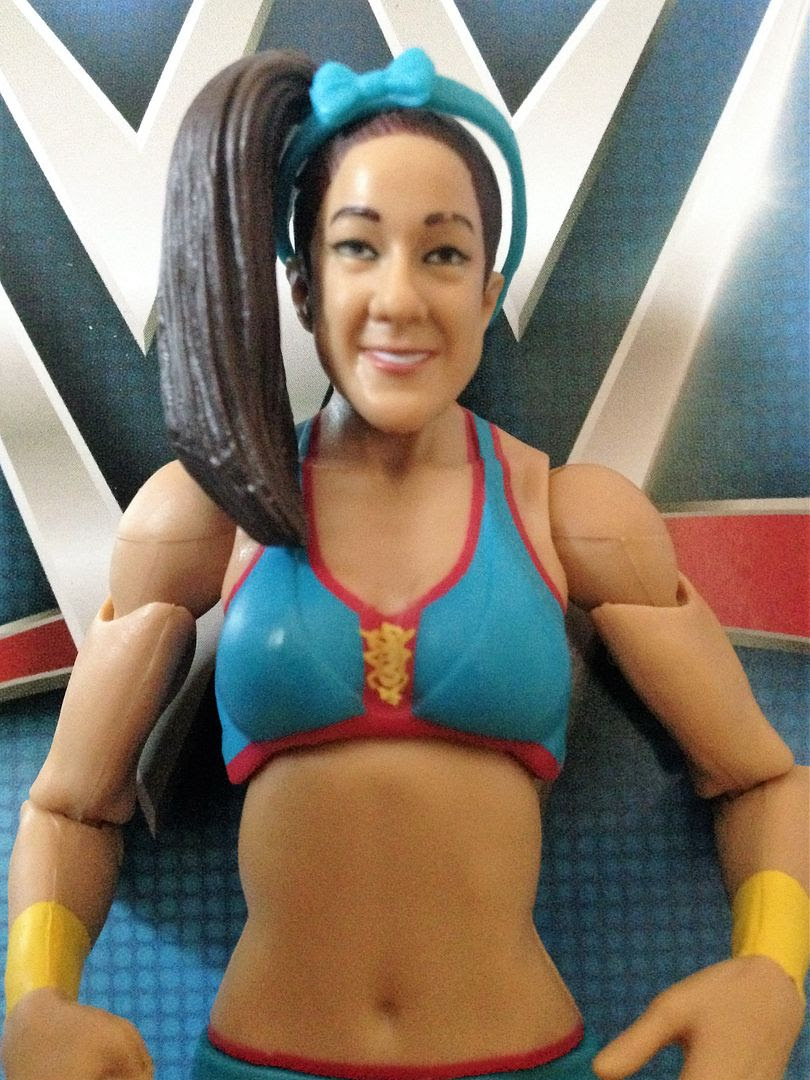 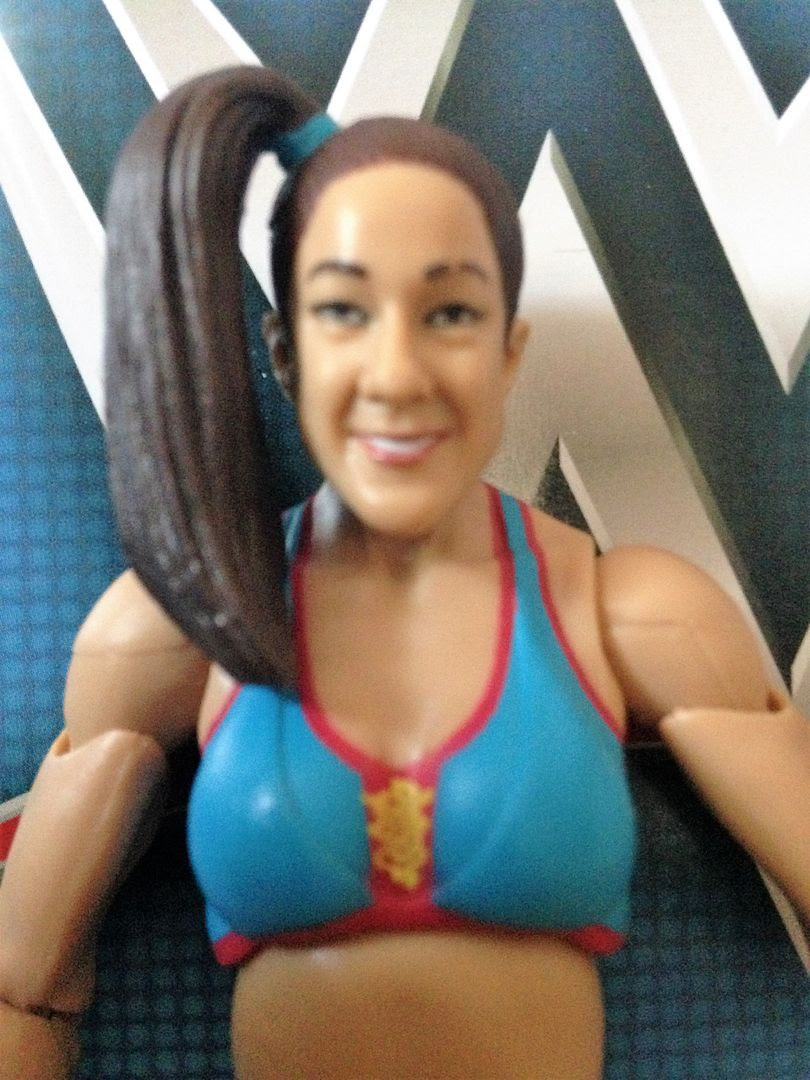 Posted by Joshua Macala at 8:23 AM