We (my wife, four year old son and I) spent the better part of a month looking for this figure and when we heard that Elite Series 41 was showing up at Walgreens we drove around to many different Walgreens stores to try and find Finn Balor specifcally.    There are a number of Walgreens within driving distance of us and we hit them all except for one- which is in Wallingford and a bit weird.   We finally went to the Wallingford one on a Monday and though they didn't have this figure we went to Walmart afterwards because I needed some things there (and wanted to look at fast pitch softballs) and as I'm staring at the pegs I glance over to the end cap full of the same Elite figures from the past month (The Sting/Godfather/etc. series) and I see some of Elite 41 mixed in.

You couldn't understand my joy of seeing not one but two of this Demon Balor figure staring back at me.   I wanted to buy them both but we left one for someone else and the whole time we were at Walmart Quentin was in a shopping cart, tightly clutching onto this figure.    When we got into the car he opened him up and really didn't let go of the figure until we got home and he went to sleep eventually.   It's just such a good figure that even Quentin, at his young age, can appreciate it.

This is quite possibly the best figure ever produced by Mattel.   The details are flawless and it comes with a removable head piece and arm band pieces.     It looks as great still in its packaging as it does when displayed loose and I know people might complain that Finn Balor is in his paint but if you simply take off the accessories, yes, he does wrestle looking like that on the big events.

Finding this figure was one of the greatest moments when it comes to finding action figures in stores (and for that Walmart sale price of $17.97 you can't beat it) and yet I don't have a lot to say about it because the details are just so amazing that all you have to do is simply look at the figure and ask yourself not whether or not this is a great figure but whether or not there is a figure which is better than it.    This could be the standard set not only for Mattel in the WWE line but for action figures on the whole.

This figure is everything everyone says it is and so much more.    My only advice to you is to buy it.    Don't think twice, just buy it.    Because in five years or so from now, this one will skyrocket in price.   Even $30 is a fair price for this one right now.    Just buy it now and thank me later. 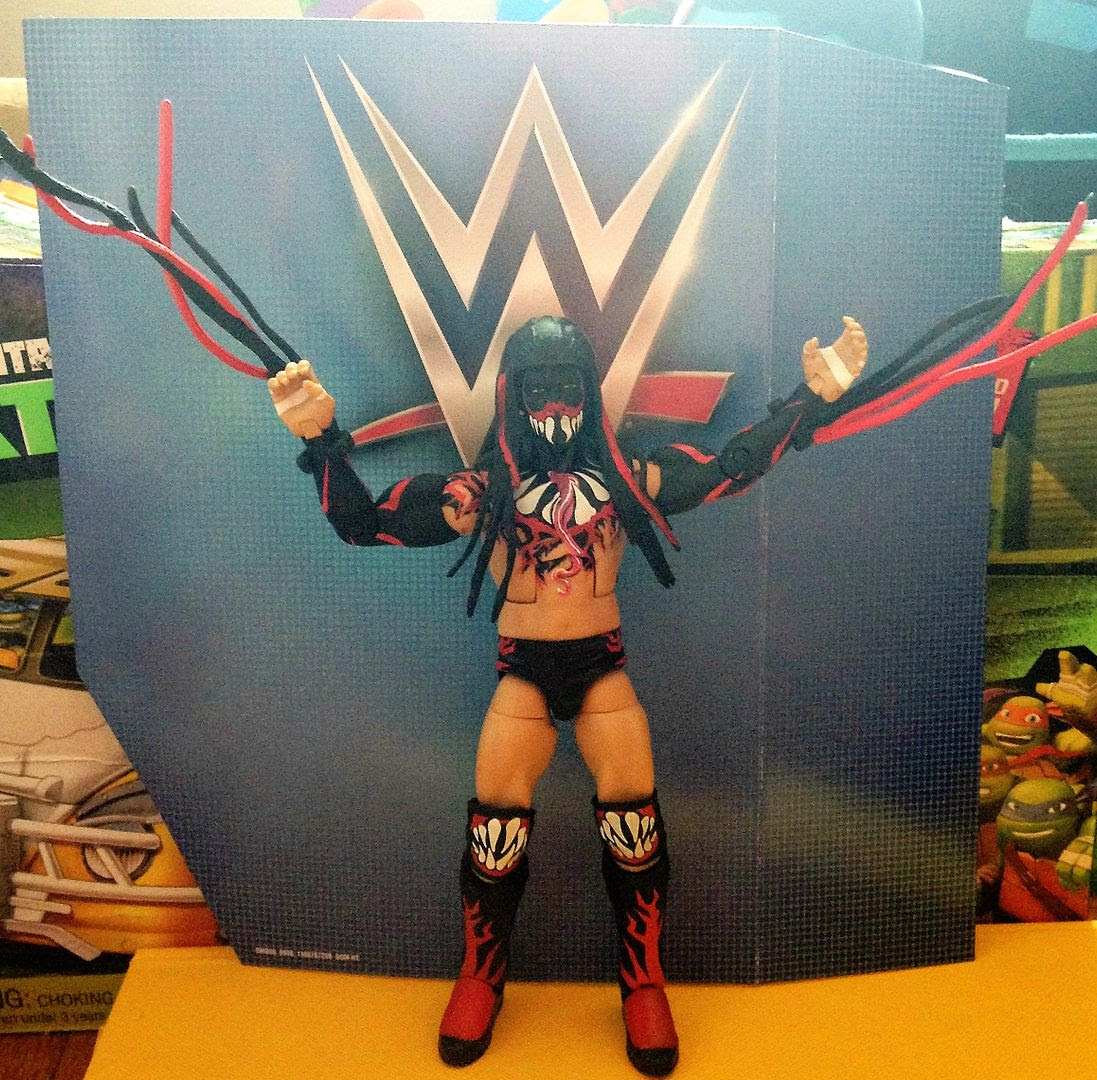 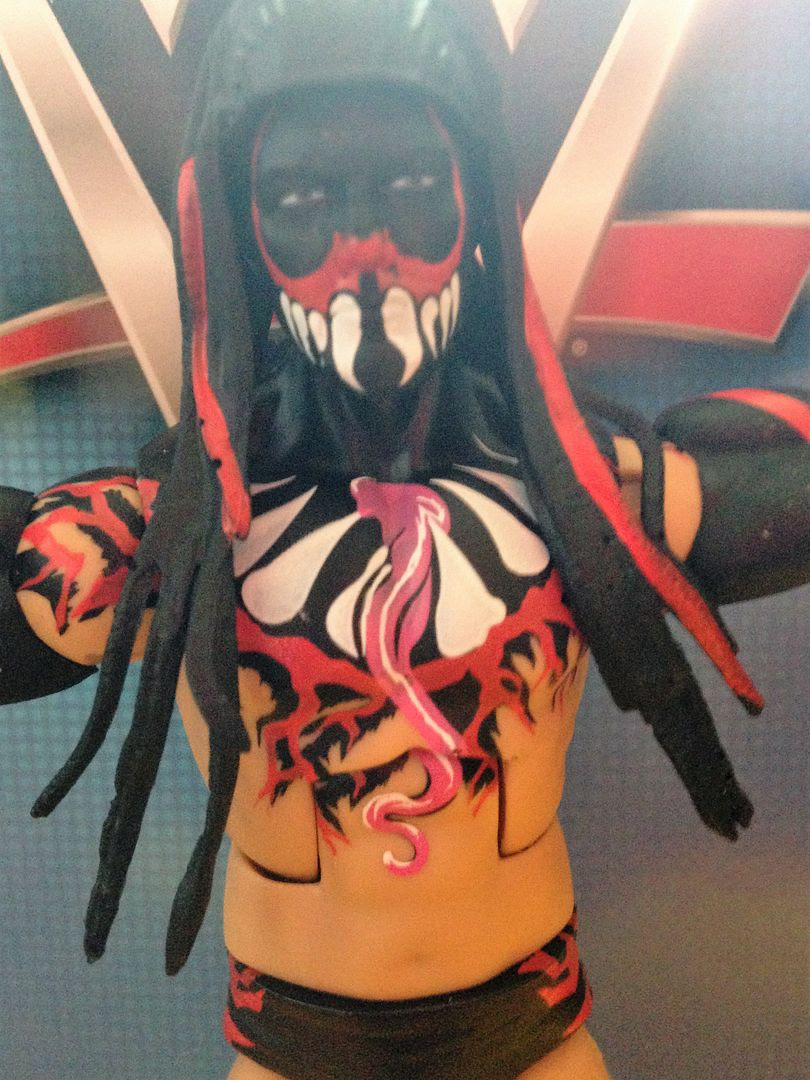 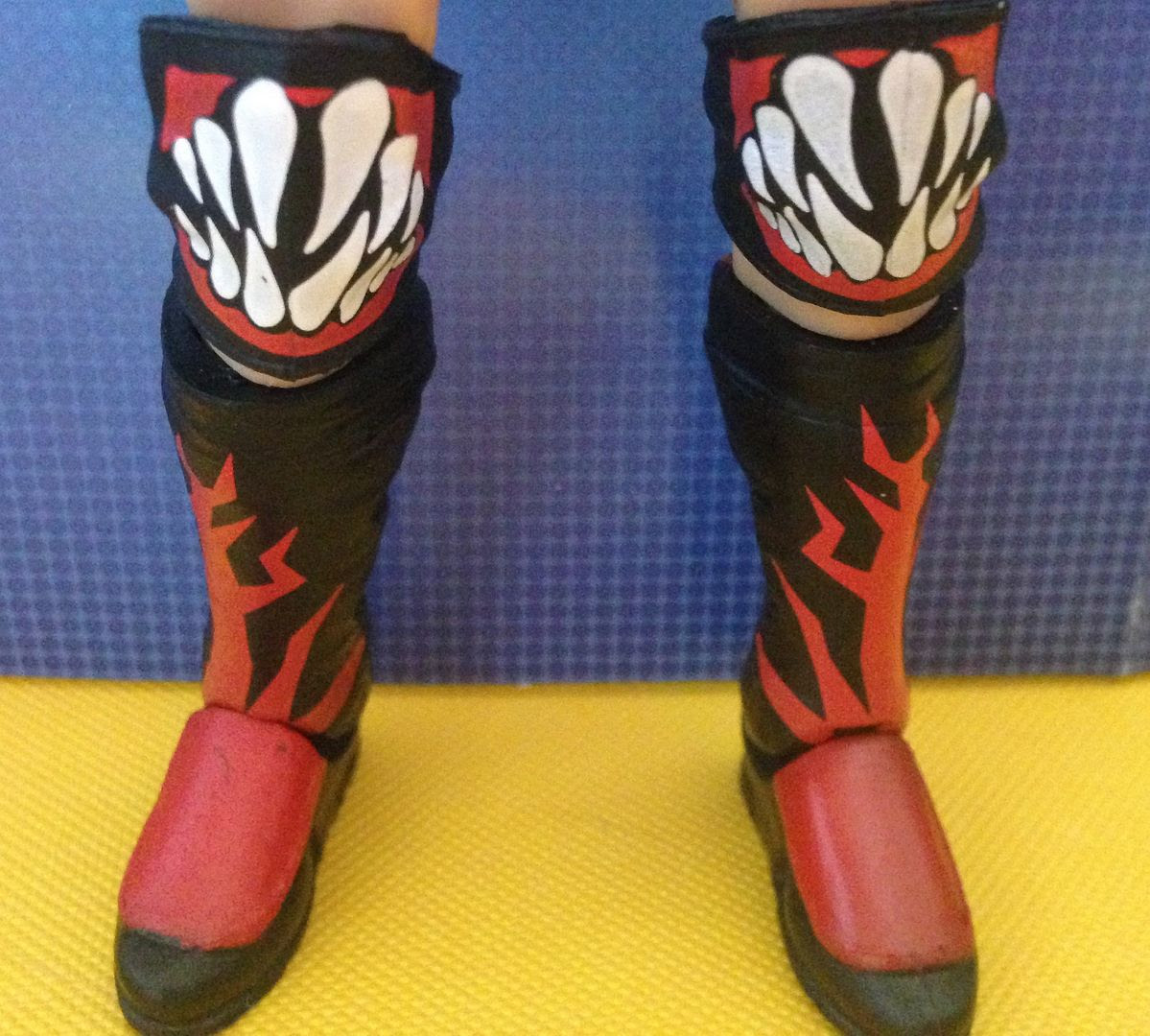 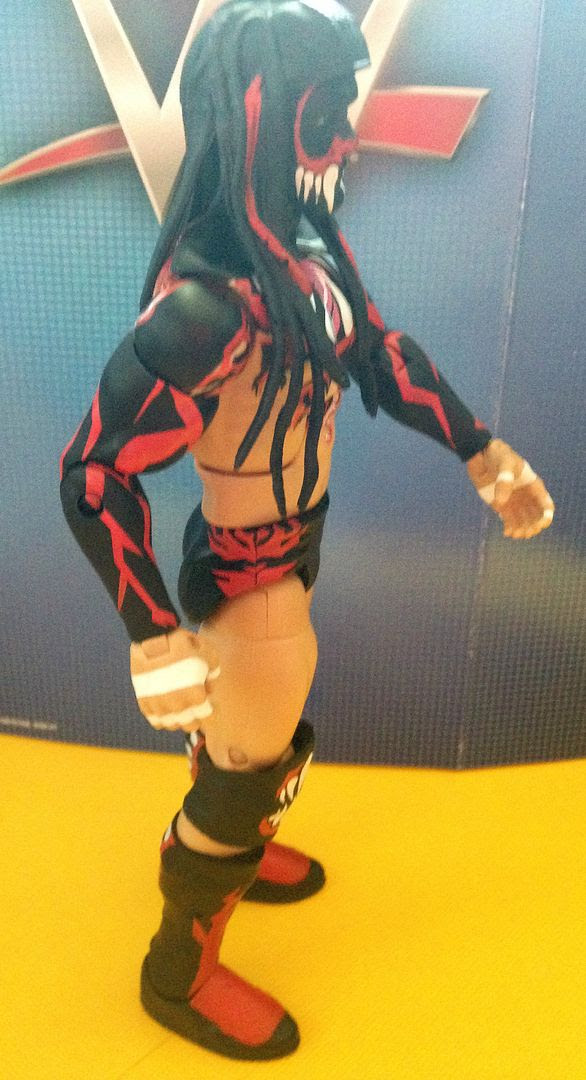 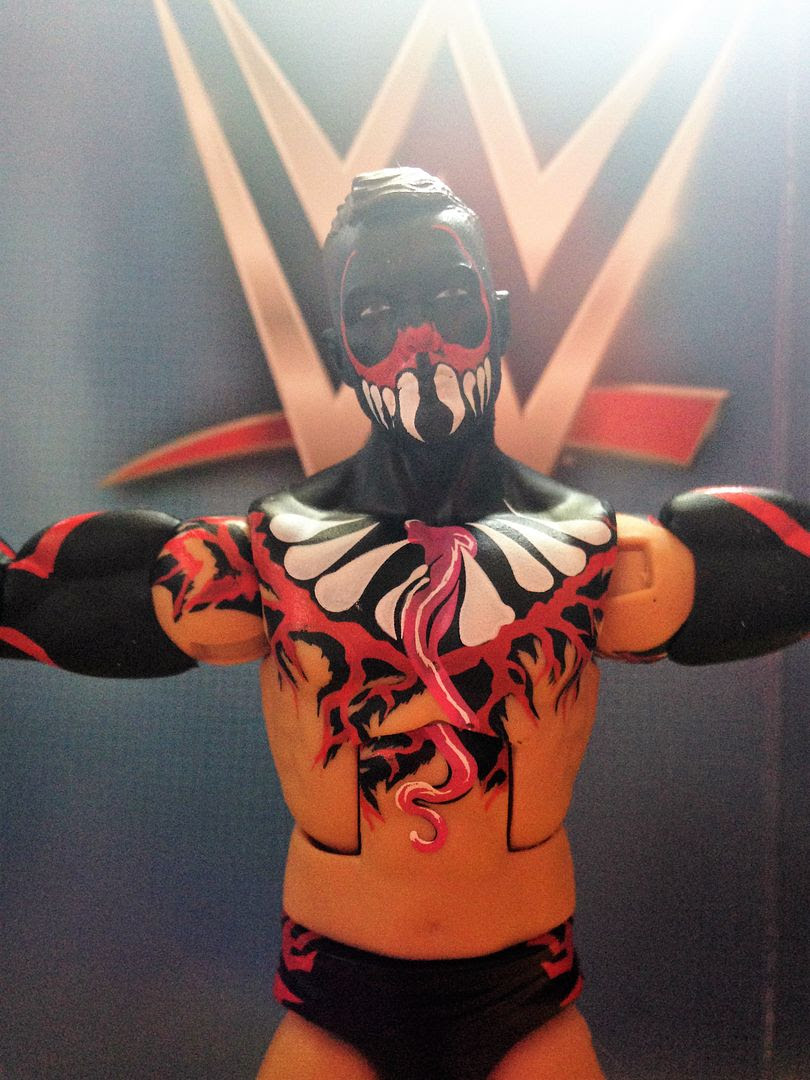 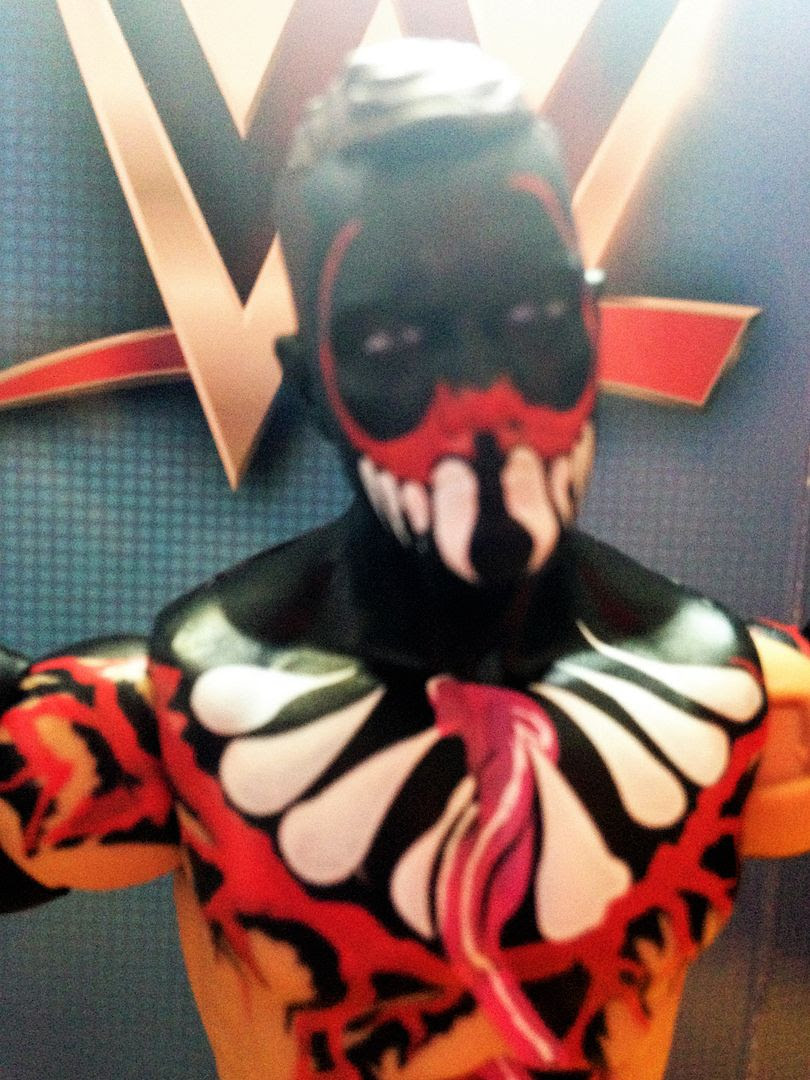 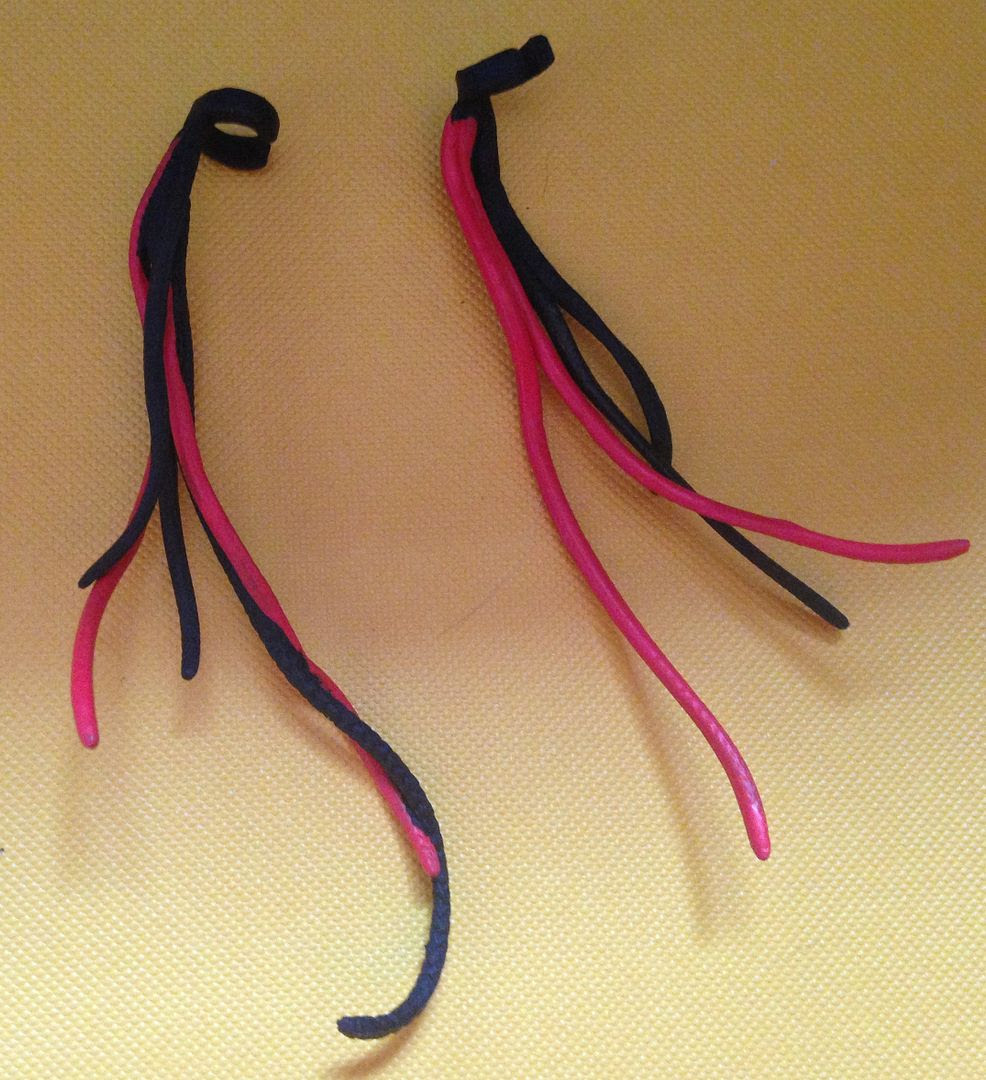 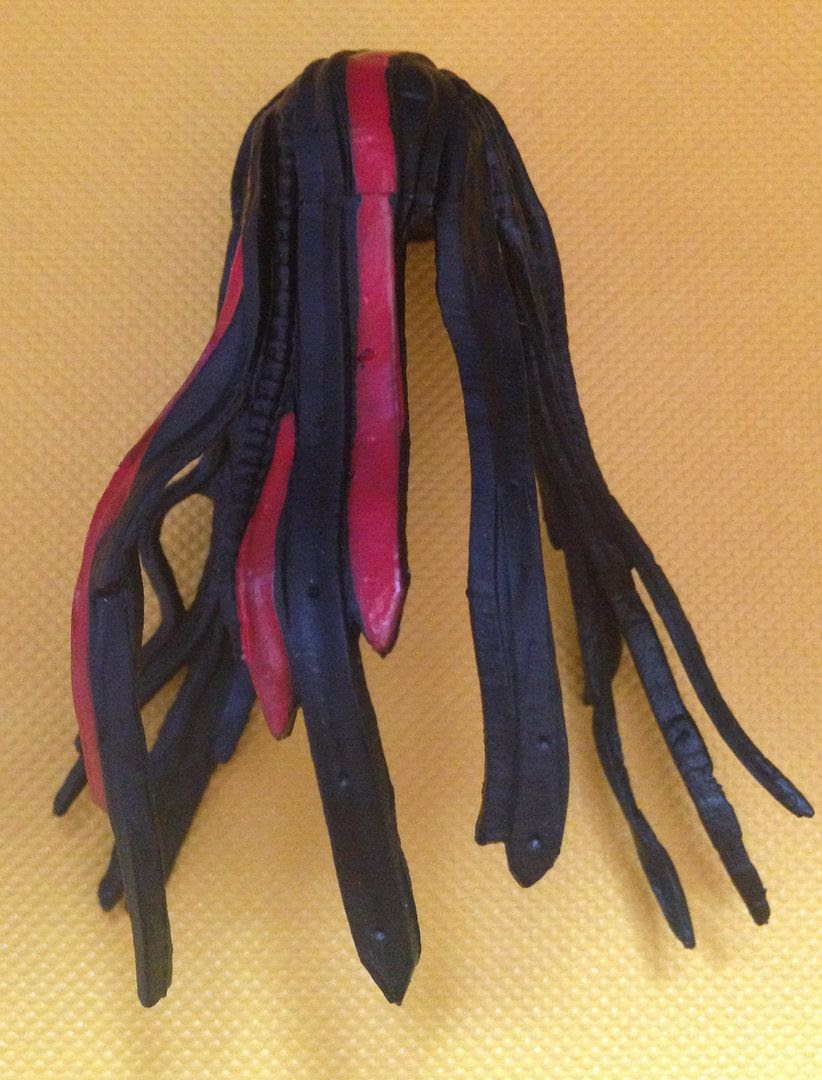 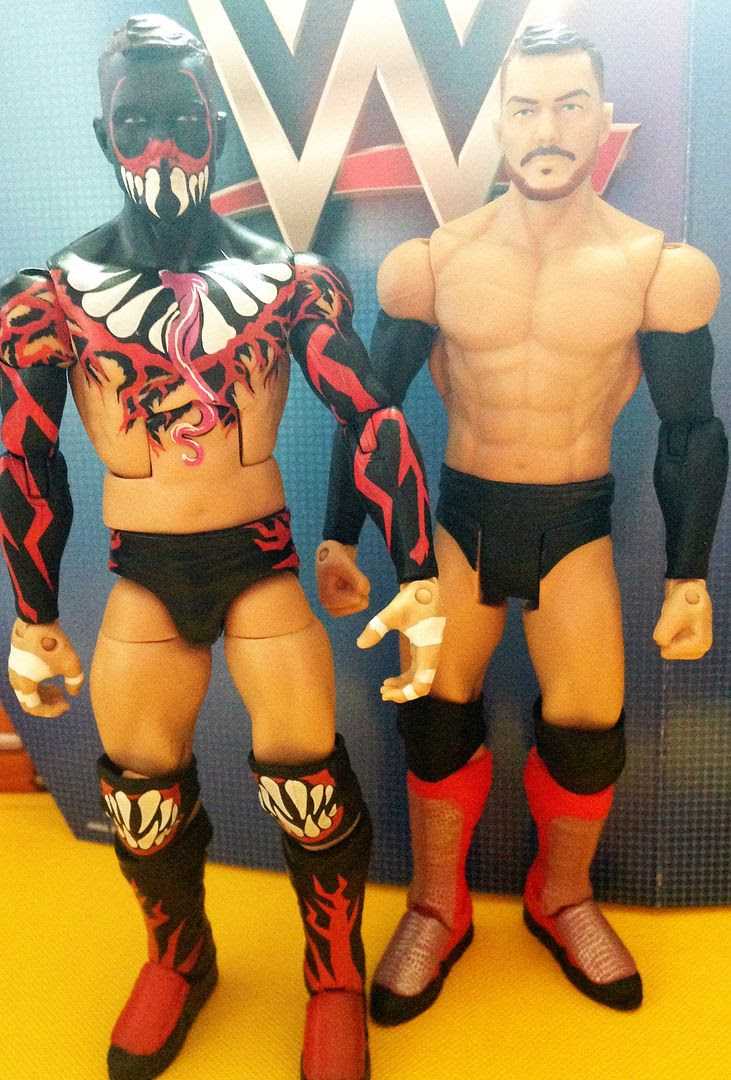 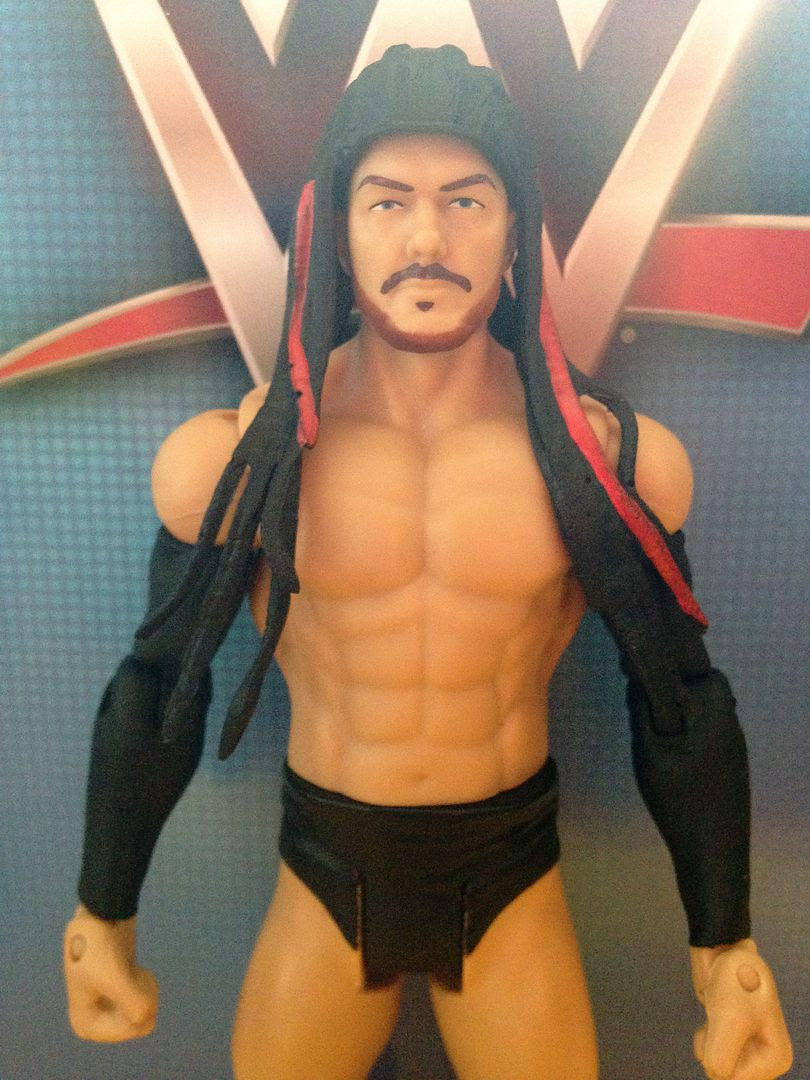