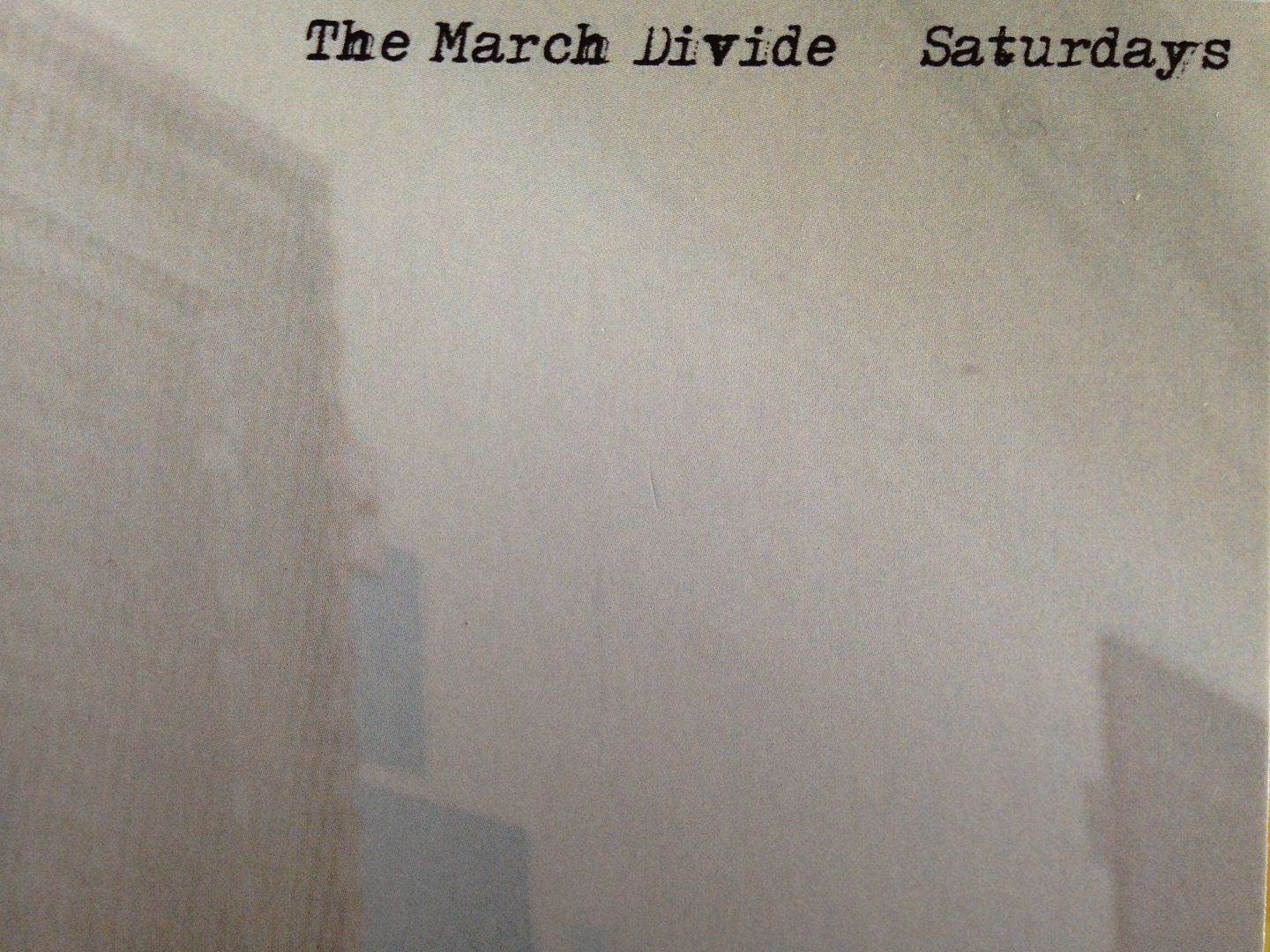 If you want to count the number of times I've reviewed The March Divide then you can do so, but I'm at the point now where I'm not really wondering whether or not this is going to be good any more I'm just wondering what it is going to be about.    Through the songs on "Saturdays", The March Divide has a way of crafting songs that could be somewhere between emo and Soul Asylum, especially when a song like "Kathrine Loves the Fall" comes on because it has this great storytelling way about it.

Though something like Jars of Clay can come out, I can hear a bit of "Behind Blue Eyes" in the acoustics of the songs while "Over and Over" recalls White Stripes' "We Are Gonna Be Friends" (which might not be the actual title of that song, but you get it)    It's just pleasant and melodic and by now I feel like you should know how this is going to sound in a general sense before you put it on just because The March Divide, well, this isn't their first album, you know.

The songs themselves vary in topics and sometimes they even seem to contradict one another which I can completely relate to myself.    A song like "Take Your Chances" has the idea set in place that if you put your best foot forward all the good things you want in life will come to you, while a song such as "I Give Up" is quite the opposite and the title sort of speaks for itself.

It's strange though because I spend time at work- away from my son- and think, man, I miss my son and should really be spending this time with him.   You know, it's like, I look at the number of hours I work per week and think about how those seem like missed hours with my son.    But then, yet, when I'm not working and I'm home or we're out and my wife and son are in another screaming match all I can feel like is, "Well, maybe this is what I'm missing when I'm at work", and in a way it kind of makes me want to go to work as well.

I don't know if that's normal or not but there are days when I wake up and think "This is going to be the best day ever!" and I just feel so positive... and yet other days I am the complete opposite, so I understand how these songs can kind of be at odds because I, myself, often feel that inner conflict.

Likewise, you can listen to "Saturdays" and always feel something from it, but to expect that you're going to take something new from it on your fourteenth listen might make you insane.   But, I'm glad that The March Divide is singing songs about these things- and things like going to work and wondering how the hell you got there (Seriously, I went through training with an 18 year old kid.  What the fuck?)  But somehow sharing these problems and knowing you're (I'm) not alone with them makes the world a better place.   So, once again, thank you The March Divide for the therapy. 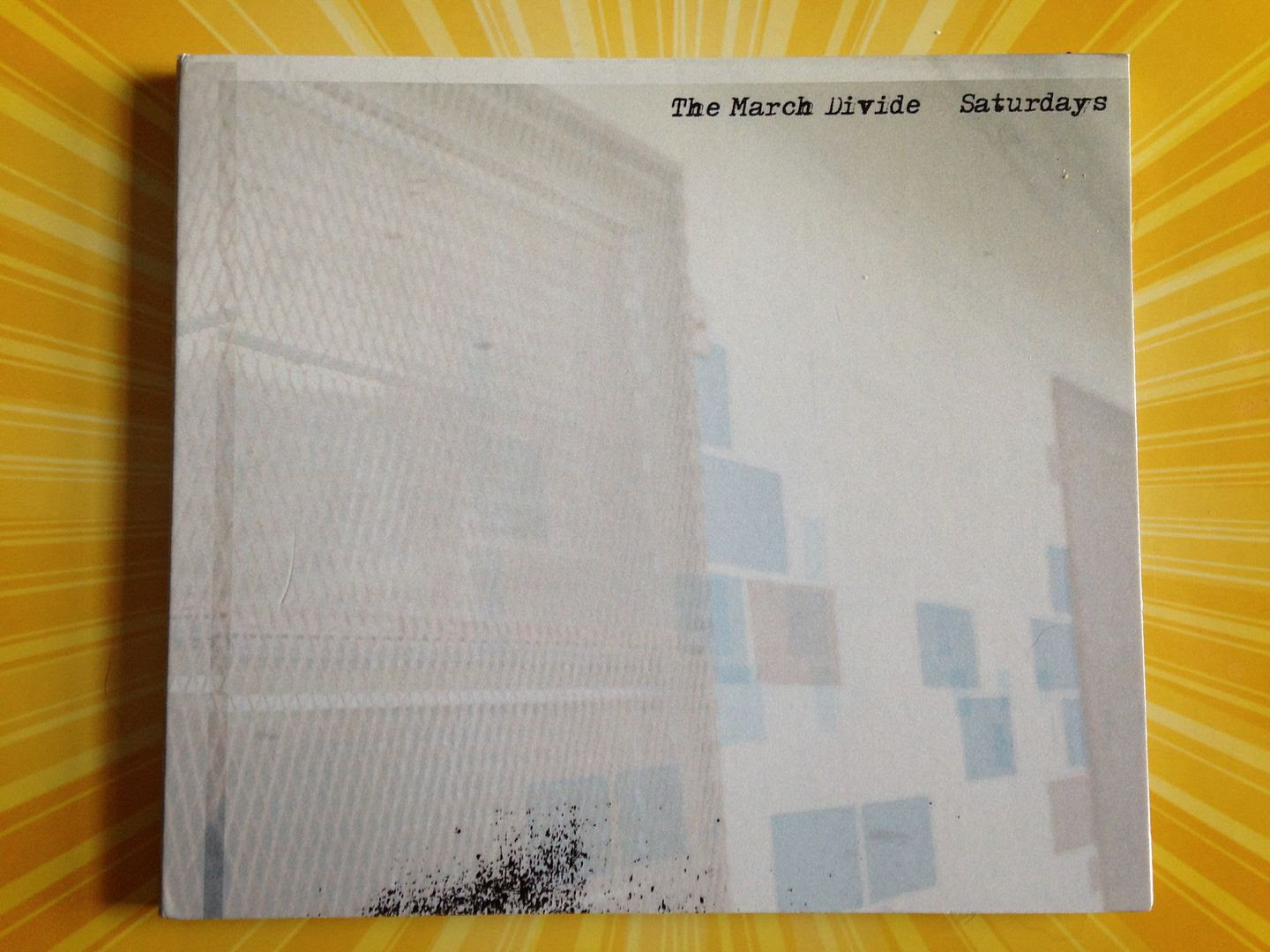 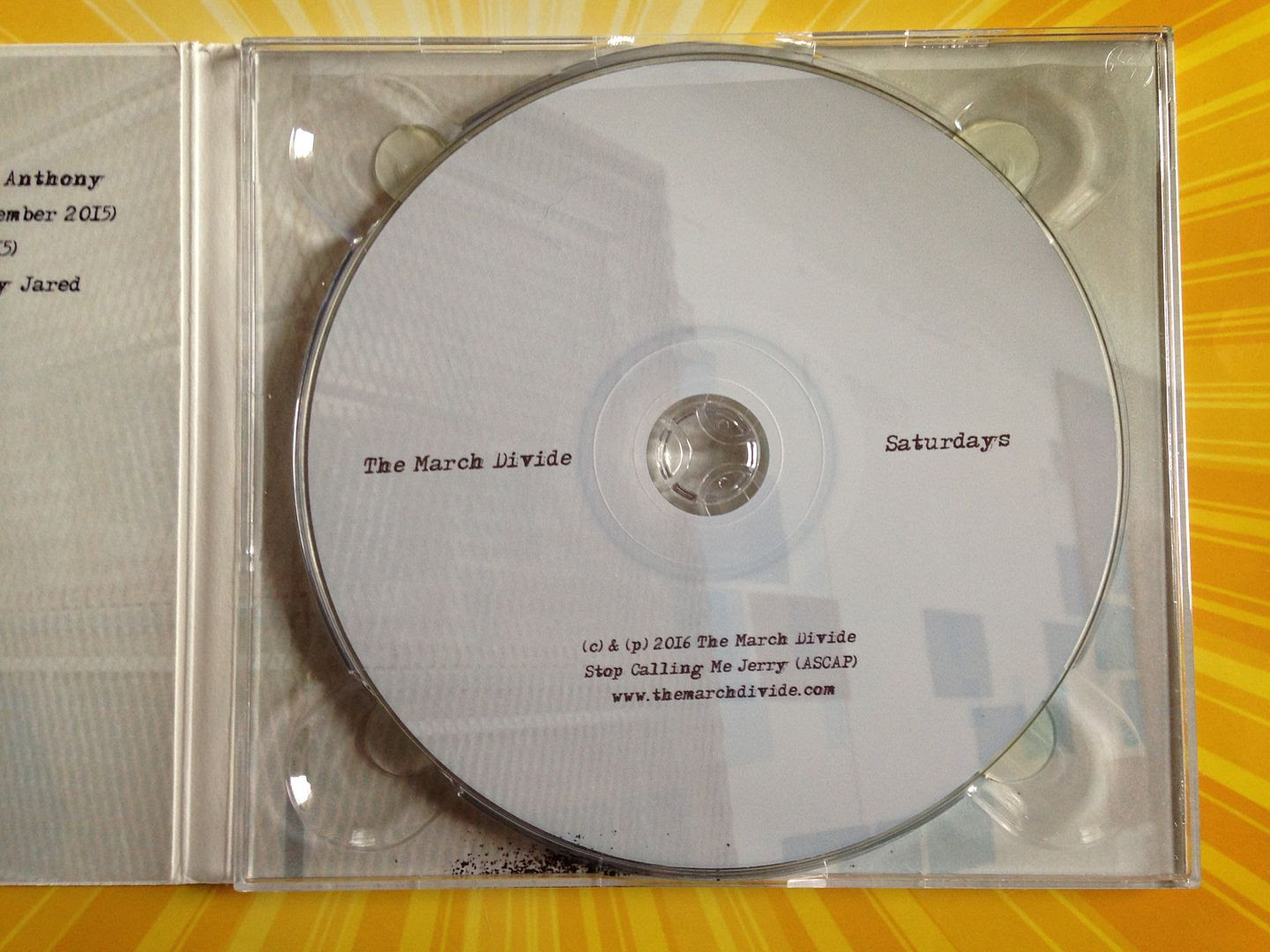 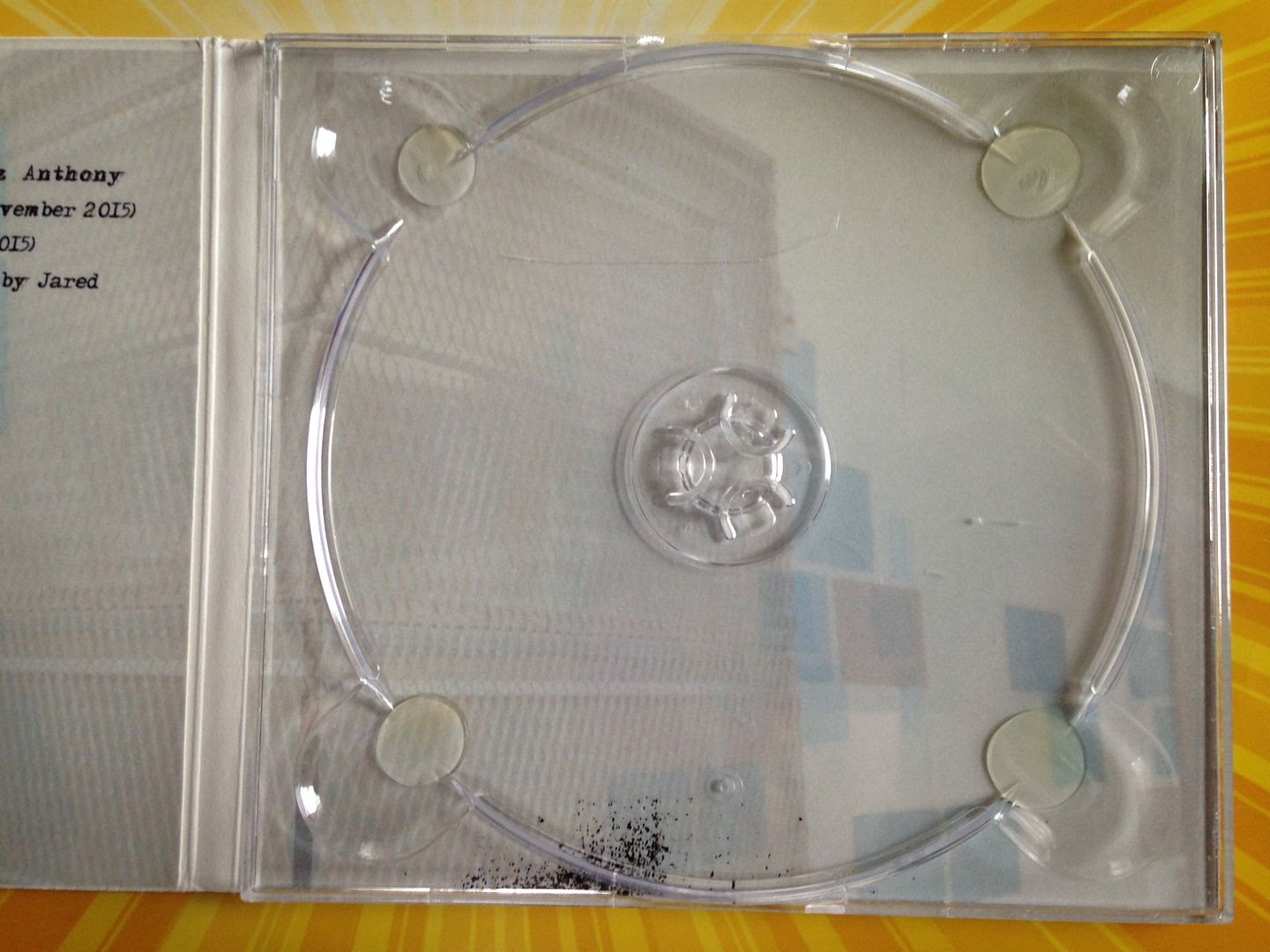 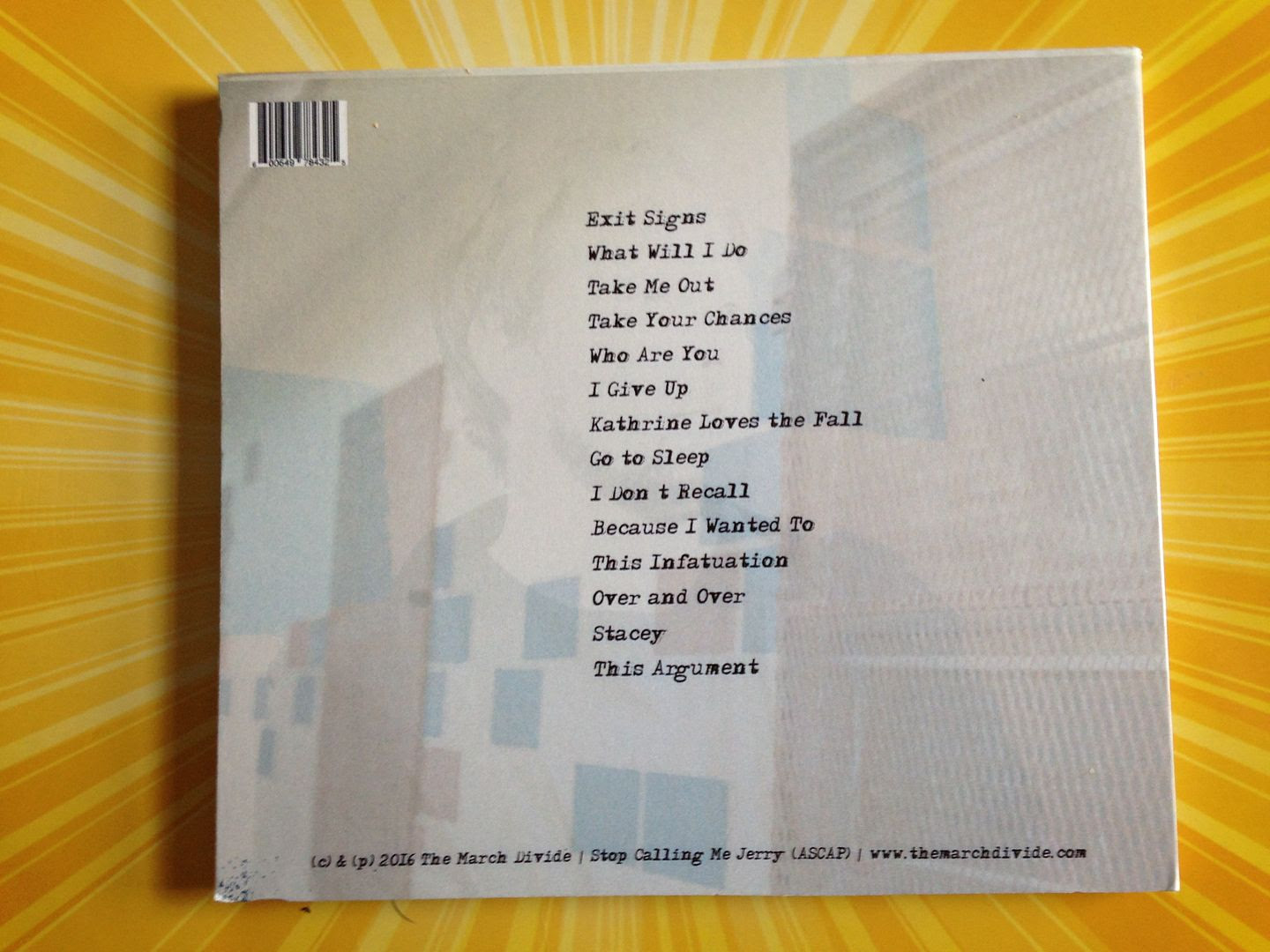