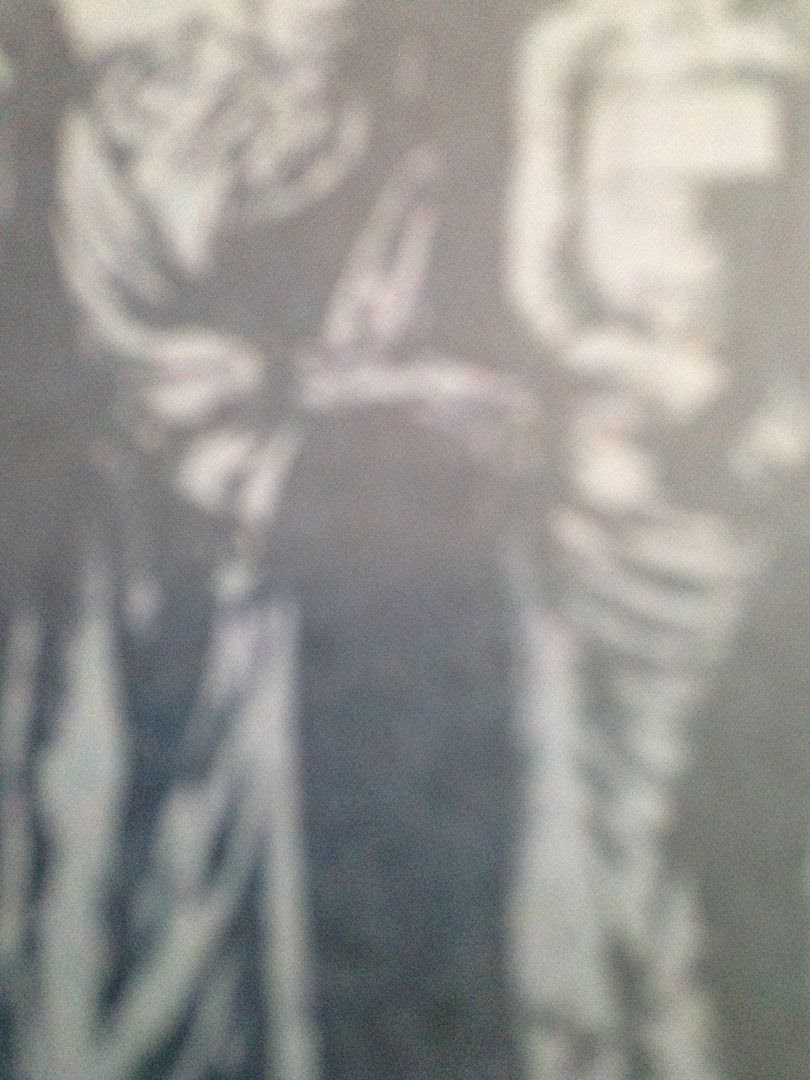 The thing about this split cassette is that both MeVdA and Xtematic are names I searched for through Blogger and can't find any matches for exactly, but they both feel like the names of artists I have heard before.    So even though these are two new to me artists it does kind of stand that if you told me I had heard MeVdA before as part of a split with someone else I might be inclined to believe you.

MeVdA begins things with a ringing drone which could either be a bug zapper or that guitar synth.    This has slight swirls in it and then background lasers come through as well.    Frequencies are changing and some static becomes mixed in as well.   Screeching scrambles combine with more static and then bells and/or chimes begin to break things down.    It has this mechanical sense to it of breaking down now and it just feels so visual, yet I can't explain it.

I know that the term "harsh noise wall" exists (or "HNW" for short) but this really does feel like someone is taking a brick wall apart brick by brick until the very end when it all just comes crashing down like Jenga.   I'm not sure if that's why they call it "HNW" or if you would even consider this to be HNW, but I do feel like this has certain qualities which could be accurately compared with a wall.
On the Xtematic side there are glass scratches, static screeches and windstorm skips.   As these first sounds can be heard there are seemingly pauses in between them to introduce them, but that eventually fades and the piece begins to flow more fluidly.    A hollow void can be heard followed by a mix of piano keys, drum beats and a baritone sax which is later joined by a flute.   It's a cool jazz rocking type of number in the midst of everything else going on that feels like harsh noise.

The radio frequencies begin to break down into the static demon.   Electronic glitch chaos ensues.   Static comes through loud and proud.    Laser shots are fired and then the beeps of droids can be heard, R2D2 style.    This all sort of builds into this mass of static with other loud noises- and some buried deep inside- to where it just feels like it's overcoming you.   I can only imagine this piece as being like a dam with the water slowly building up on the other side, you're plugging your fingers into holes and by the end you're drowning.

While these two artists might have different approaches to getting there, I think the destruction at the end of it all is found on both.    It feels like they found a fork in the road and said "You go left, I'll go right" and both met up at the end.    Same destination, different path.   And you have to appreciate that aspect of it- that two artists can do the seemigly same thing in two very different ways.    But this just feels, on both sides, like a wild rollercoaster ride and the question is not one of whether you should but whether you are brave enough to take the ride. 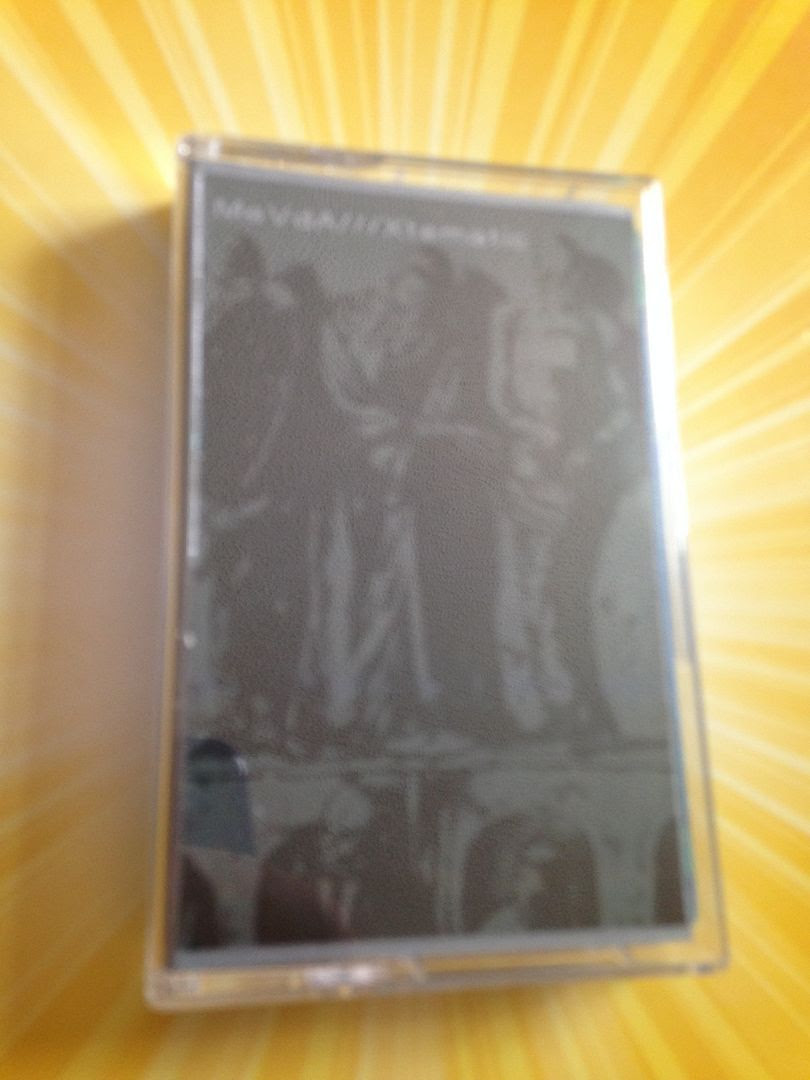 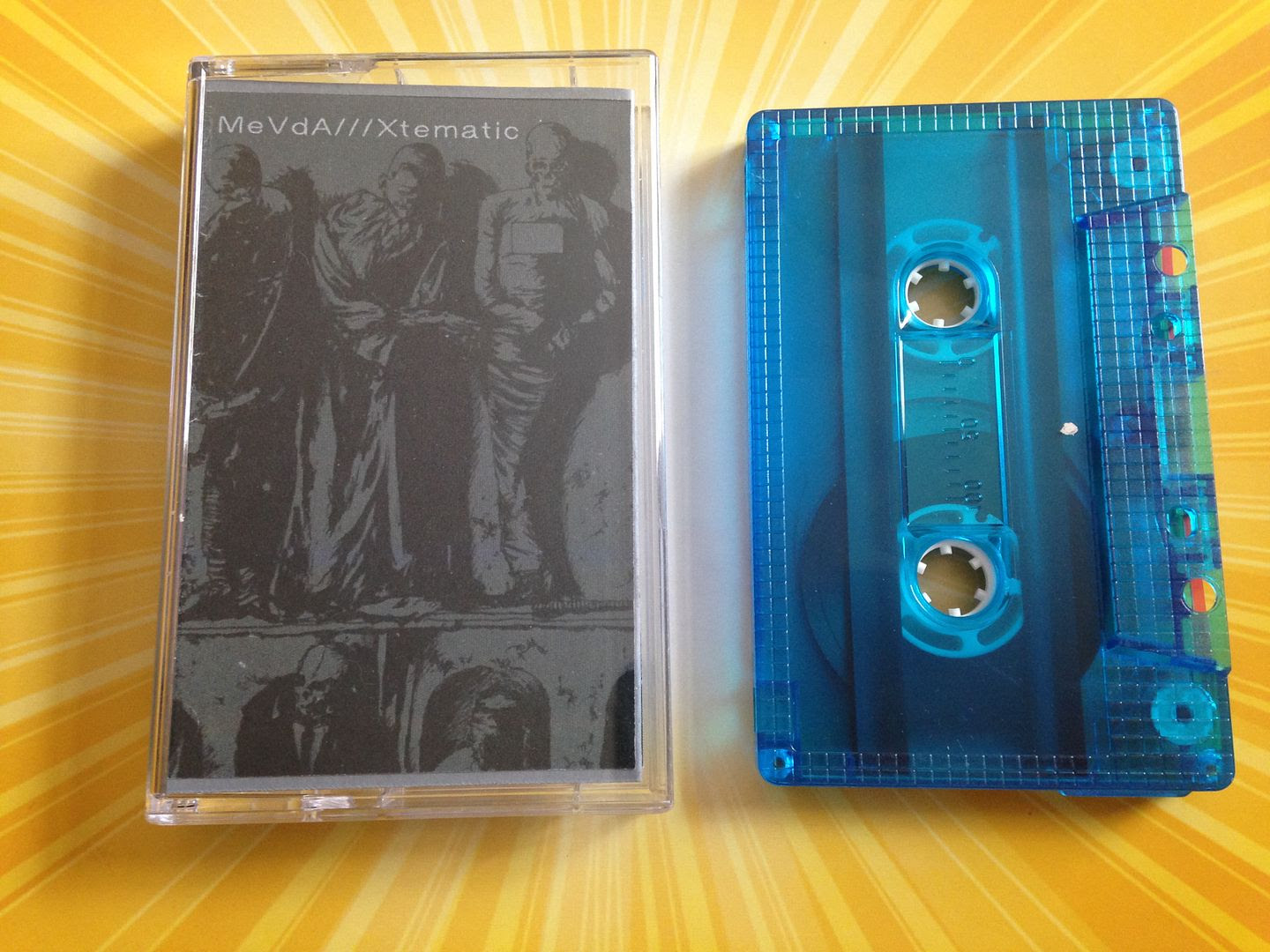 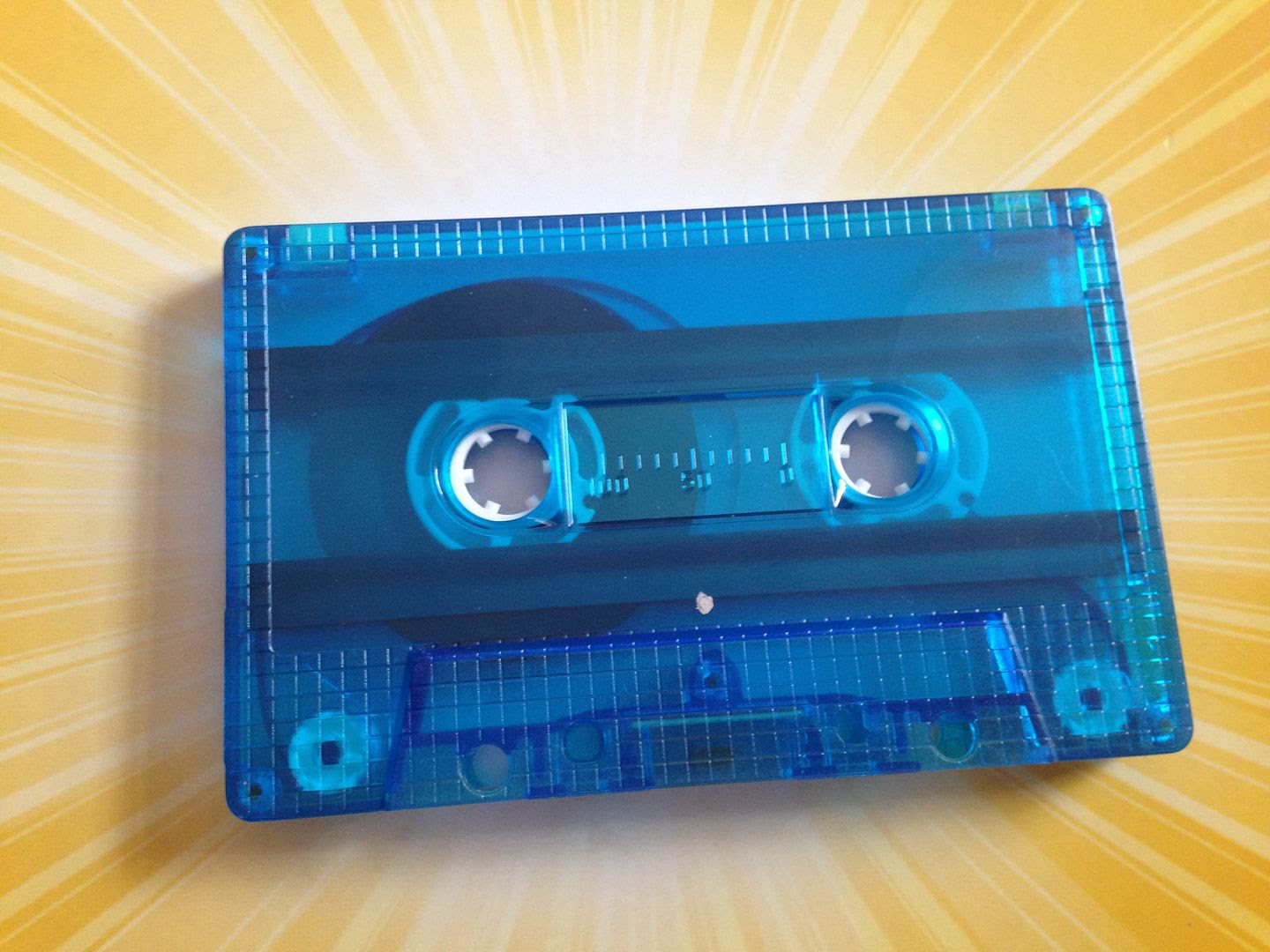 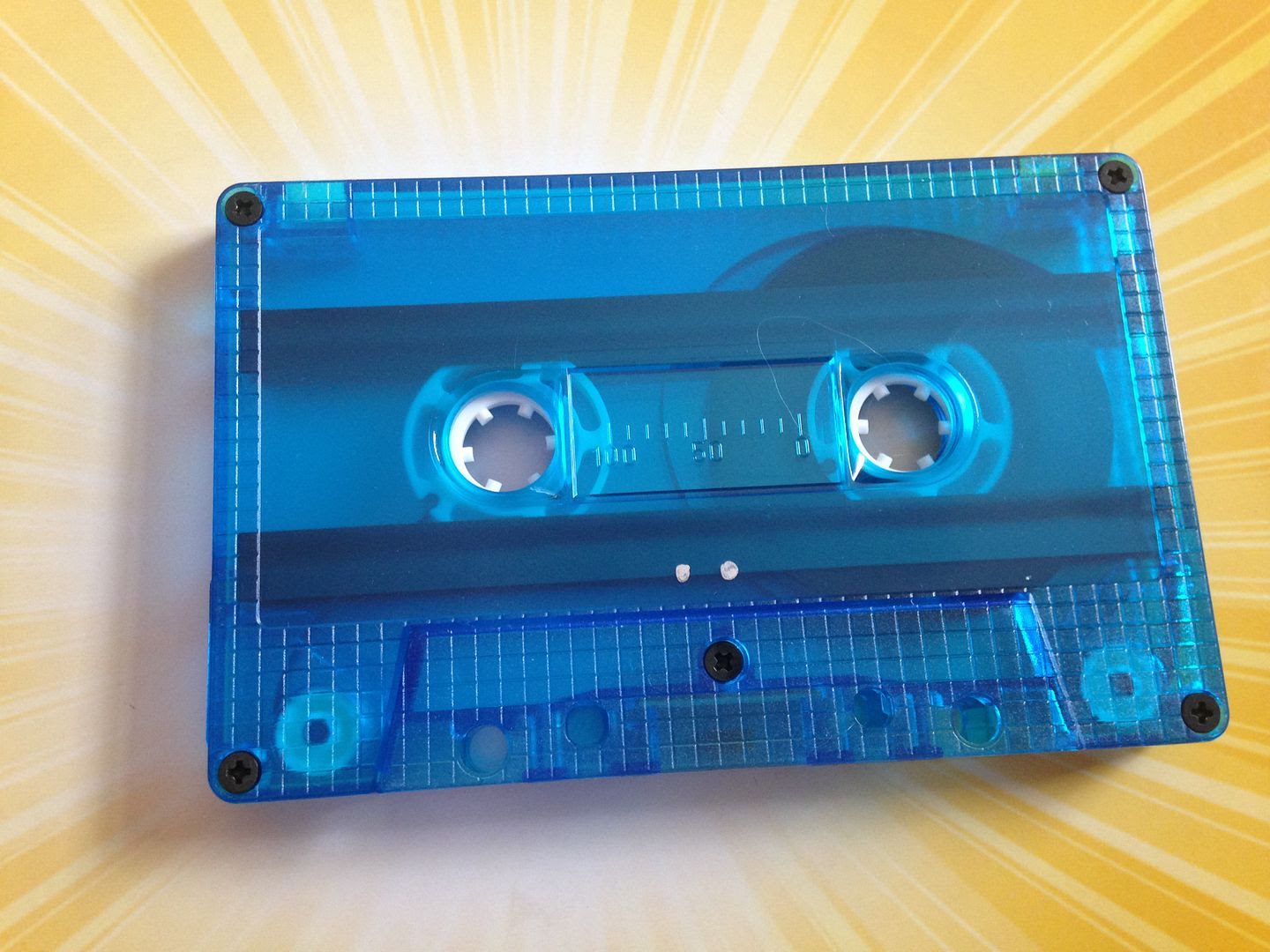 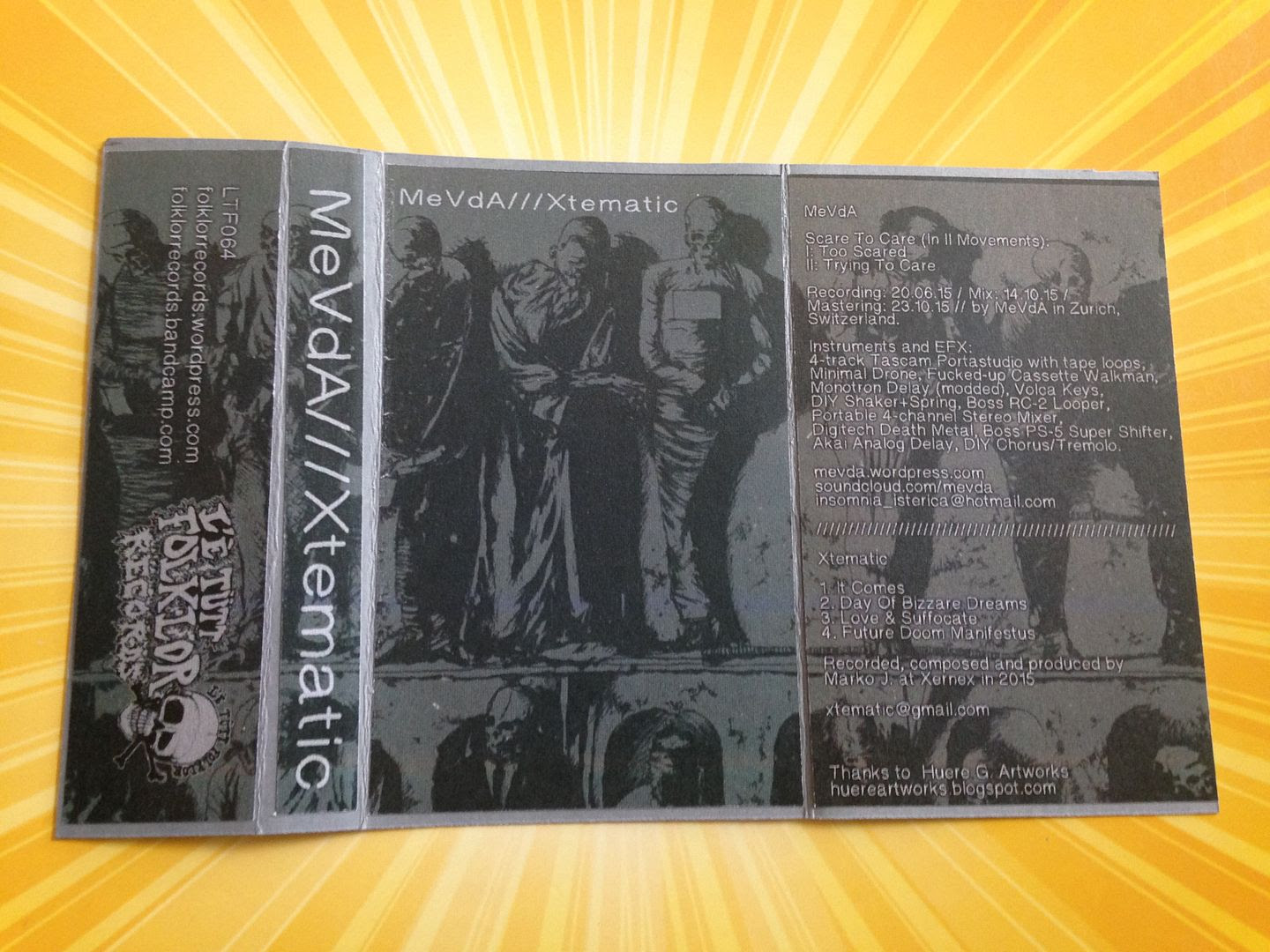 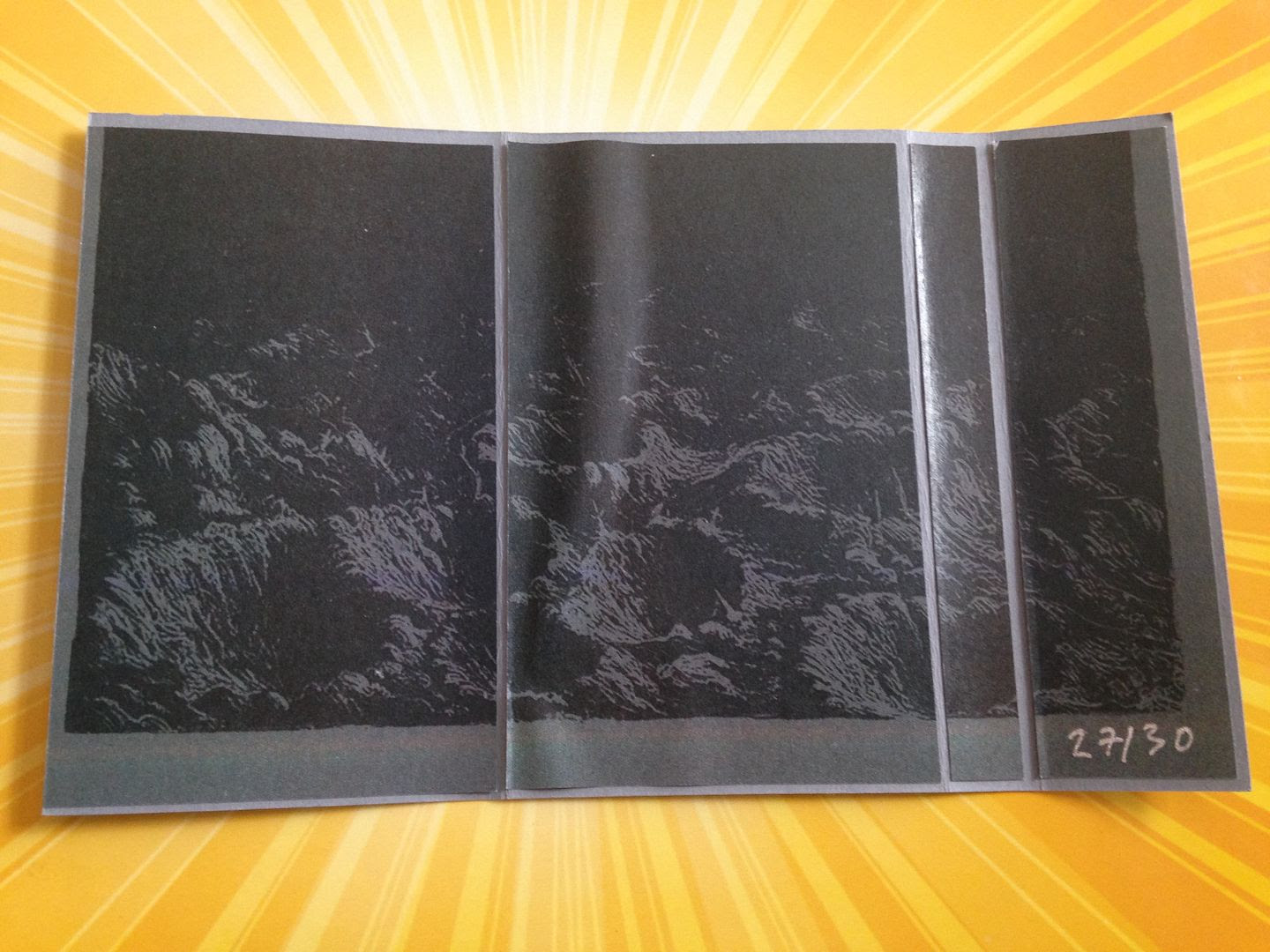