Cassette Review: Hillboggle "Up the Country with Hillboggle" (Crash Symbols) I didn't really know anything about this cassette going into it, other than the fact that Hillboggle makes me think of Hornswoggle, but in a true testament to how I pay attention to the music over anything else I can say that I was not sure if this was live or not until I actually looked at the cassette.

The first time I listened through I heard applause towards the end of Side A and then it kind of got manipulated so I didn't think it was live but rather someone messing around.   When I went to flip the cassette I saw it say on both sides that both pieces were live and it made sense.    But yes, leave it to me to ignore such factors and just skip straight ahead to listening to the music.

(For the record though, if you ever send me a press release like "This band has opened up for this other band and has comparisons with these bands you probably like!", yeah, I don't read that)

Galactic tones build and this has a "Lost In Space" mixed with a sitar feel to it.   Strings are plucked away in space and I just imagine each one sort of disappearing into space as it is plucked.   Can you picture that guitar, with that many strings?  Yes, this is something that could be (and maybe even should be) part of a laser light show extravaganza.   Throughout the entire time that I listen to Side A though (not Side B) I can hear what sounds like a reel-to-reel going in the background.

Cymbals slip and Transformers begin transforming.   Guitar notes play back and forth before we go into this southern drawl of a sound.   Words are edited, lightsabers fight and then that applause I spoke of earlier can be heard.   It does sound like someone took the applause from a different live recording and just threw it in here and manipulated it, but before this side ends you will go back into space and hear a rambling banjo but not without also being spoken to as if a member of the audience.

Side B has electronic swirls, drum bangs and it is also Transformers-ish.   Through space loops come what sound like jazz horns (a trumpet perhaps?) and then there is also this alarm-like ringing.   As with Side A, there are sounds of clapping and someone says thanks before going back into this banjo piece and ending out the side.   It's kind of strange how the applause and "thanks" isn't just the end but it comes right before the end.

Whoever is speaking also says that they have a tape for sale called "My Father and I" and it's always strange to me still when people refer to cassettes as "tapes" because all cassettes are tapes but not all tapes are cassettes.   So perhaps they have a VHS for sale, but we'll never know because this guy wanted to say "tape" instead of "cassette".  (And the movie "Tapeheads" is about VHS as well!)

I always enjoy hearing live music (even if recorded) and I've said in recent years that I think music should start taking on the same quality that other art does where as you wouldn't paint your best painting a thousand times over so why does someone like Michael Jackson have to sing "Beat It" a million times to prove it's a great song?   In any case, this has a nice mix of electronics and banjo- so given the name Hillboggle I would have to refer to it as "hill people music"- and that sort of makes a new genre mix itself.

Now, I'm not going to be the one to say "electronic hill" myself, but something along those lines could fit as you feel like you're listening to electronic music as much as you are something out in the woods and the focus on technology combined with the lack of electricity makes this something not to be missed. 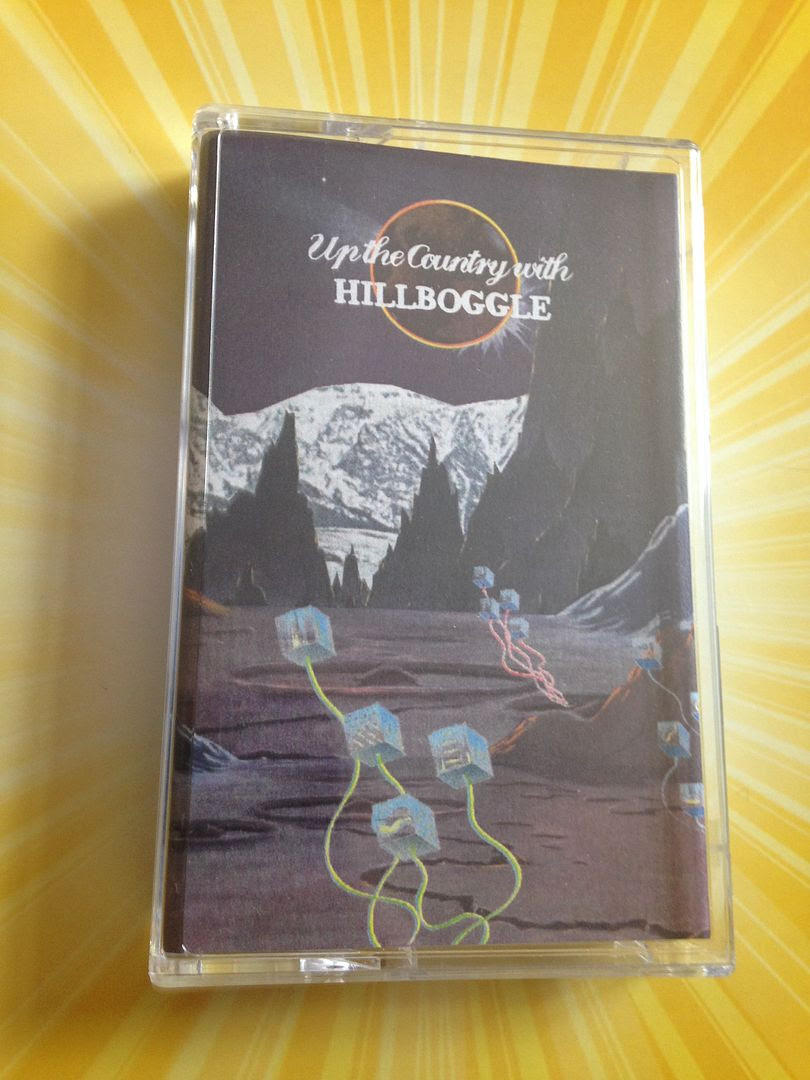 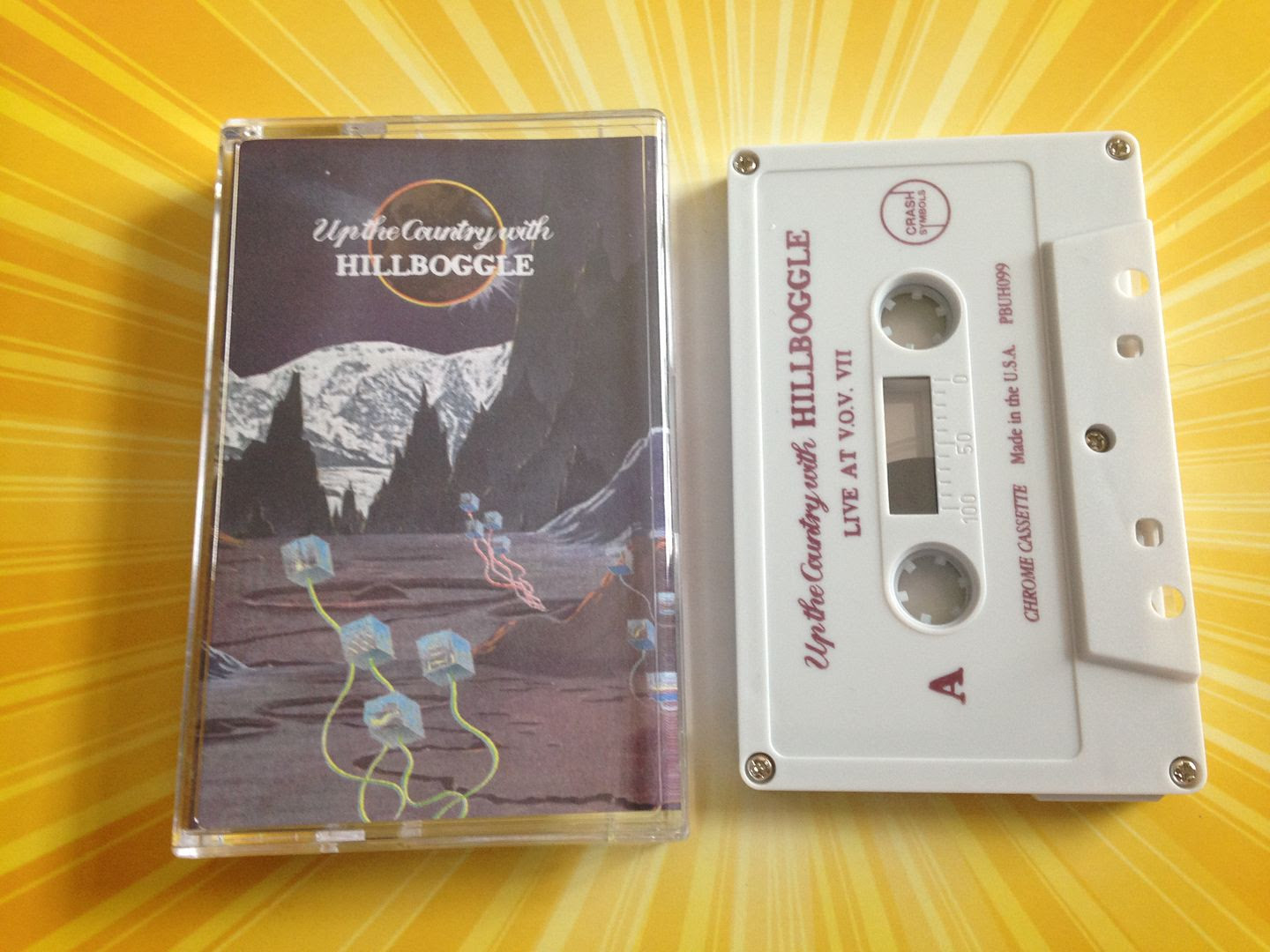 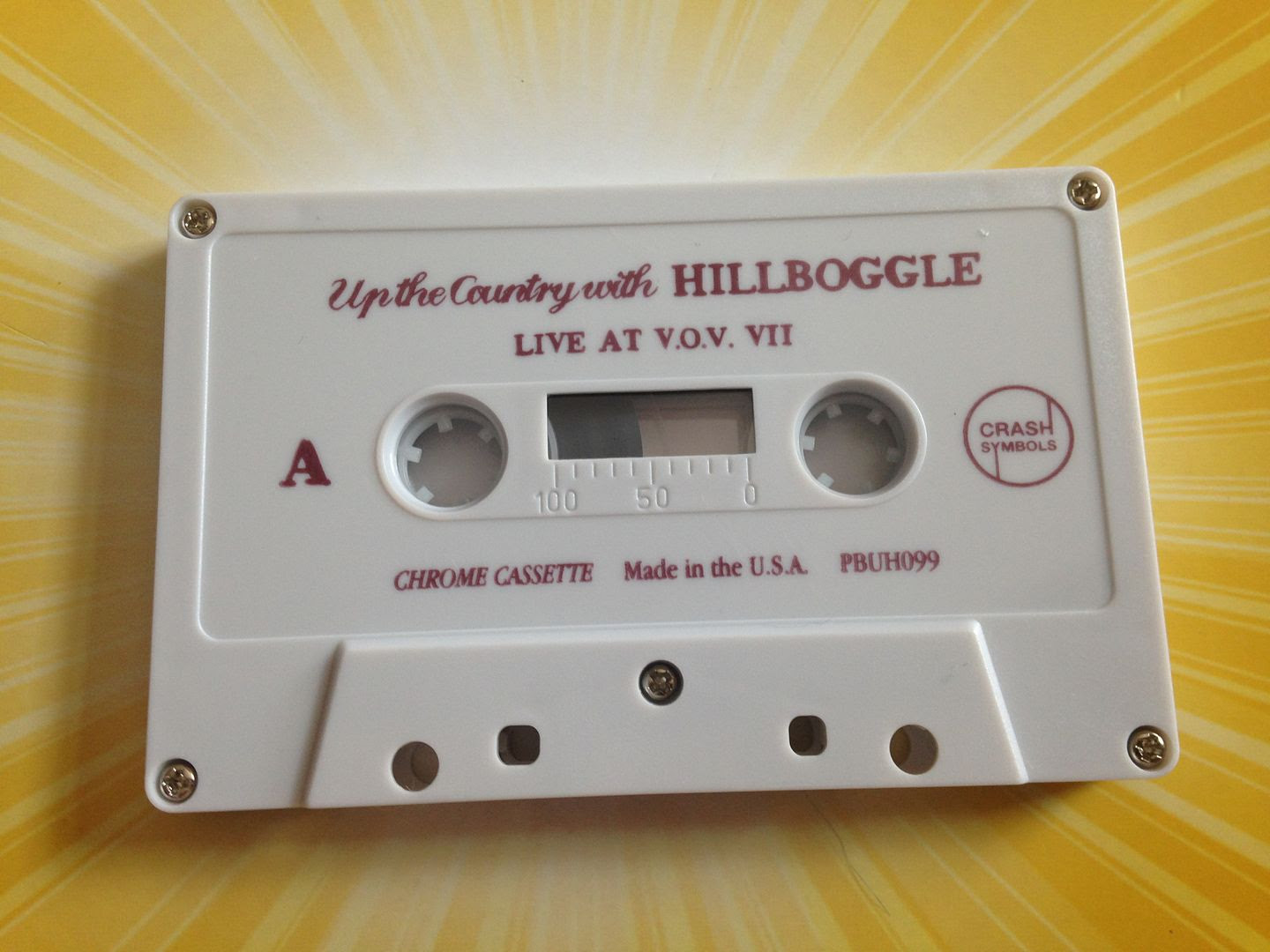 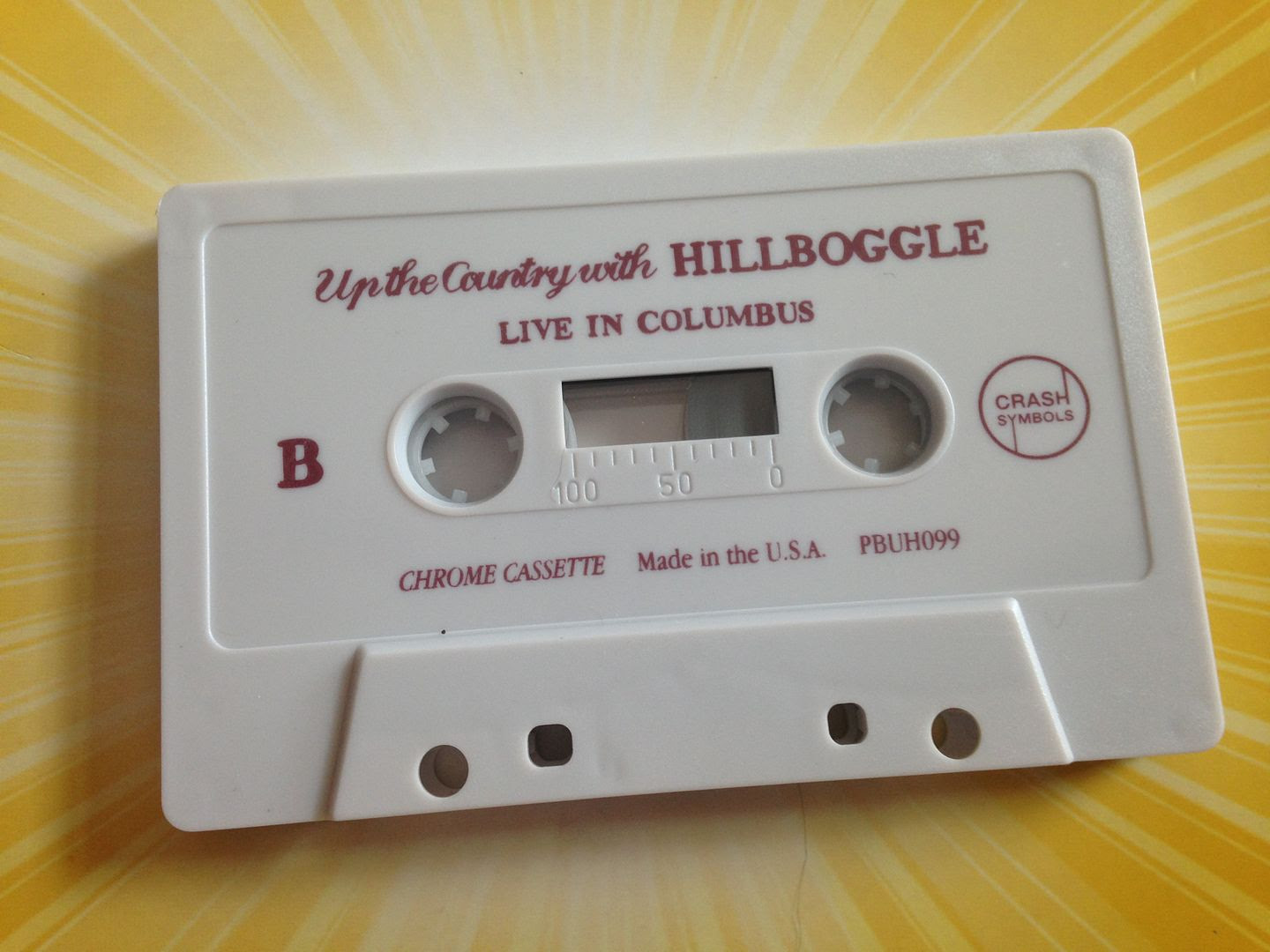 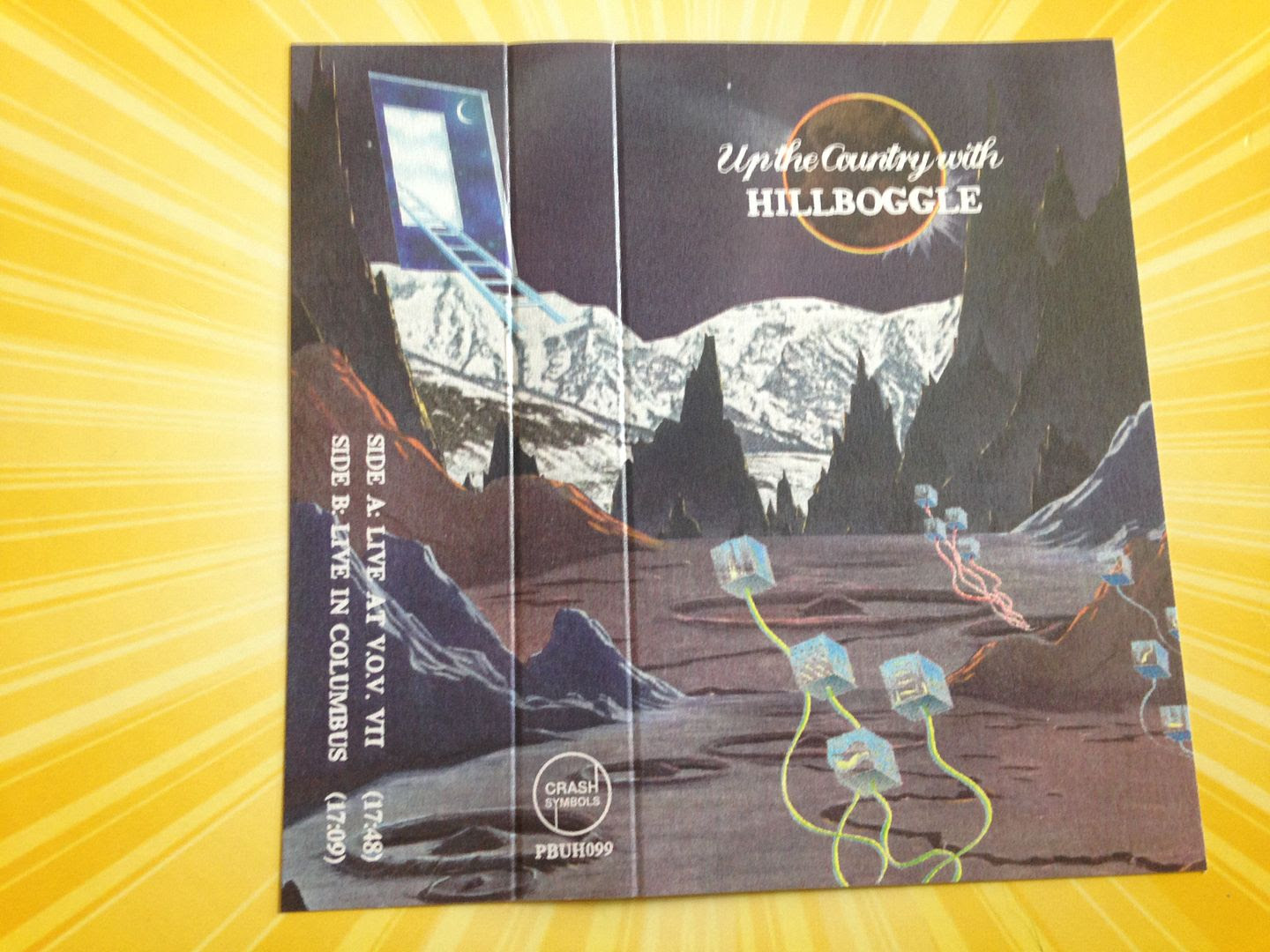 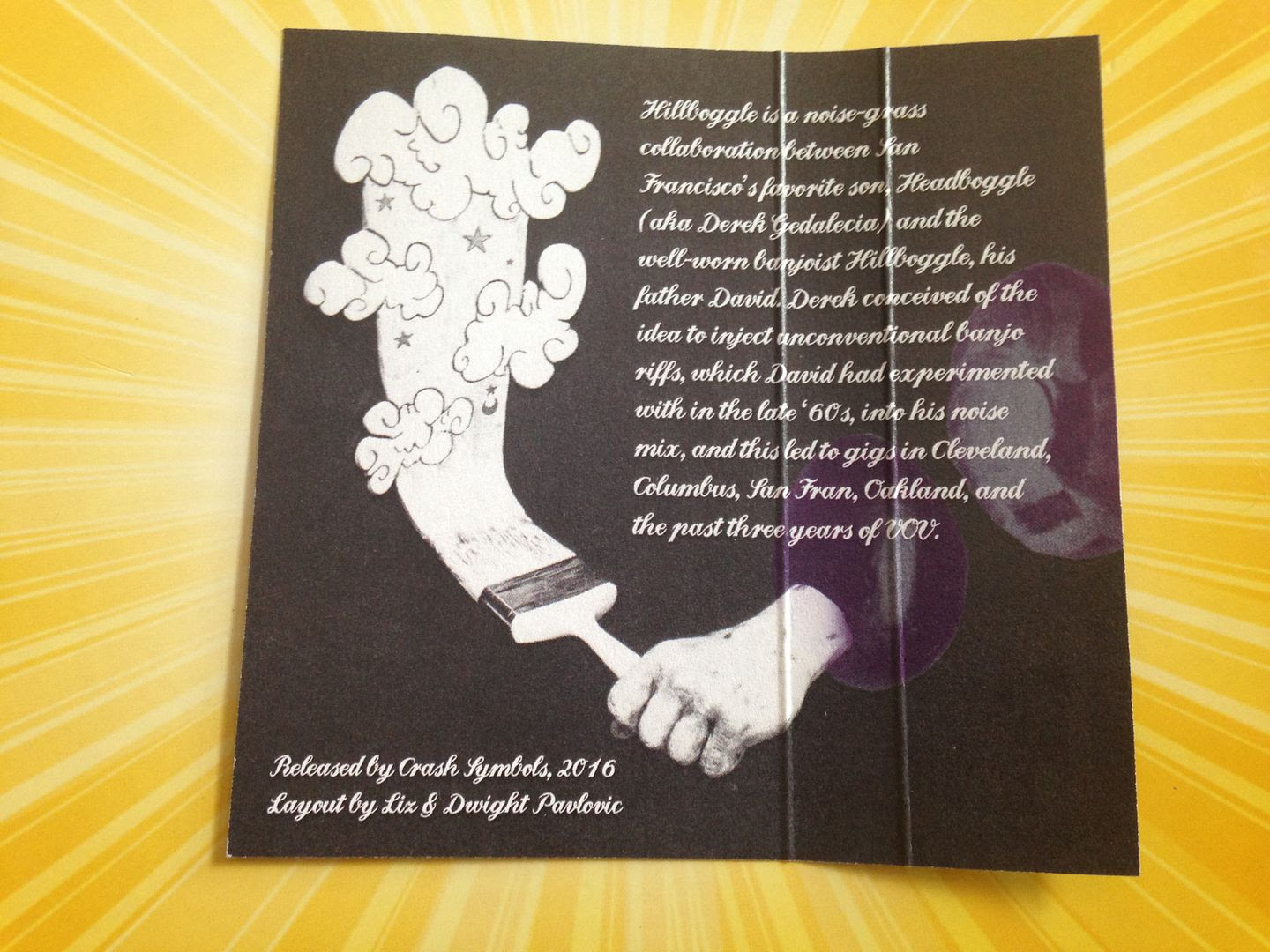