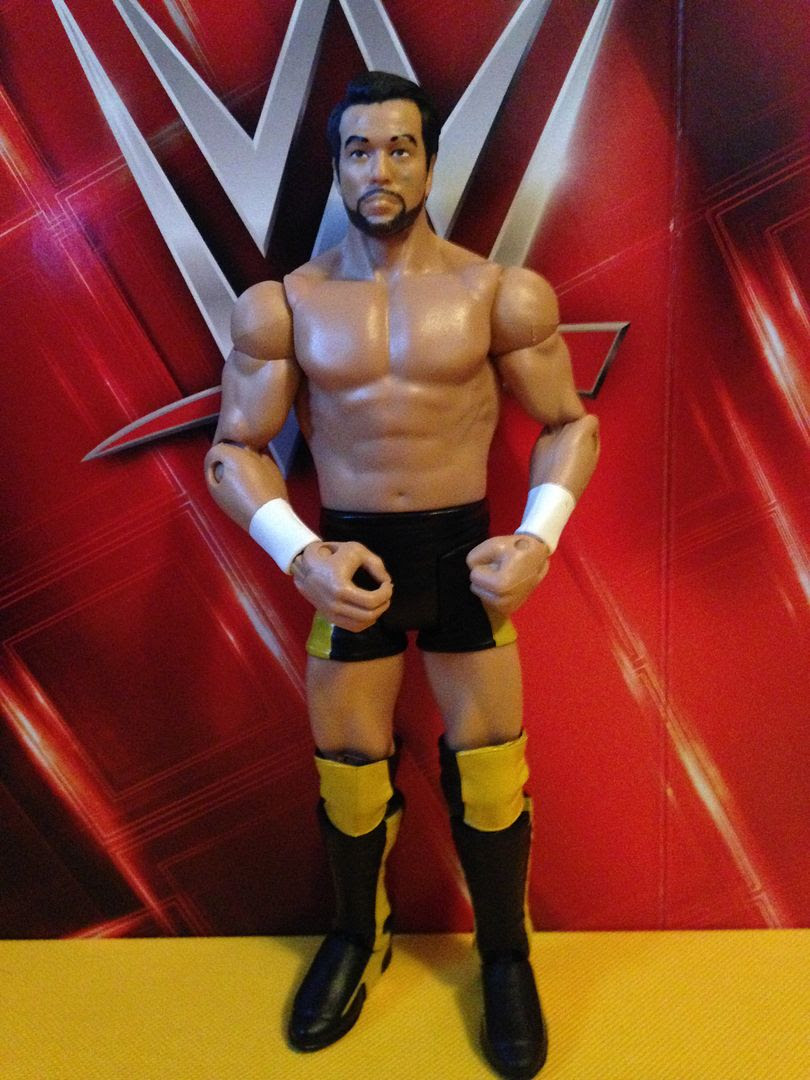 What is there to say about Hideo Itami that hasn't already been said?  As KENTA, he fought throughout Japan and in Ring of Honor and is one of the best wrestlers I have ever seen and then he signed with WWE.   In fact, Hulk Hogan went to Japan and posed for the contract signing with him because he's supposed to be the Japanese Hulk Hogan or something I guess.   But yes, I will buy any and all Hideo Itami figures that Mattel makes.   Or at least this one and then an eventual Elite release as well.

The thing that I like about Hideo Itami is that everyone else who came to NXT right after him and even more recently just feels like they've already been in NXT too long.  I want to see Finn Balor and Samoa Joe on the main roster already.   But being sidelined with an injury, well, it feels in some ways like Hideo Itami hasn't even started his NXT run and once he gets going it is going to be spectacular.

I remember Hideo Itami being the first person to come out in NXT and change his name on the big screen- to go from KENTA to Hideo Itami- which Finn Balor and Asuka have done since, but it's just nicer than the whole "Hey, Chris Hero, this is what we're going to call you now" nonsense that seemed to be the norm before.

I've never really had a problem with "Basic" figures vs. "Elite" figures because I like them both.   Basic figures seem better for Quentin to play with (and, yes, if we get an Elite Hideo Itami it will go on display and not be played with... Well, except for maybe by me when Quentin isn't home) and this is just one of the finest figures ever made even if it doesn't have all of the articulation that some people would like if it was an Elite figure.    All I can say is: patience.  We will have an Elite Hideo Itami eventually and I will be reviewing that as well.  Mark my words. 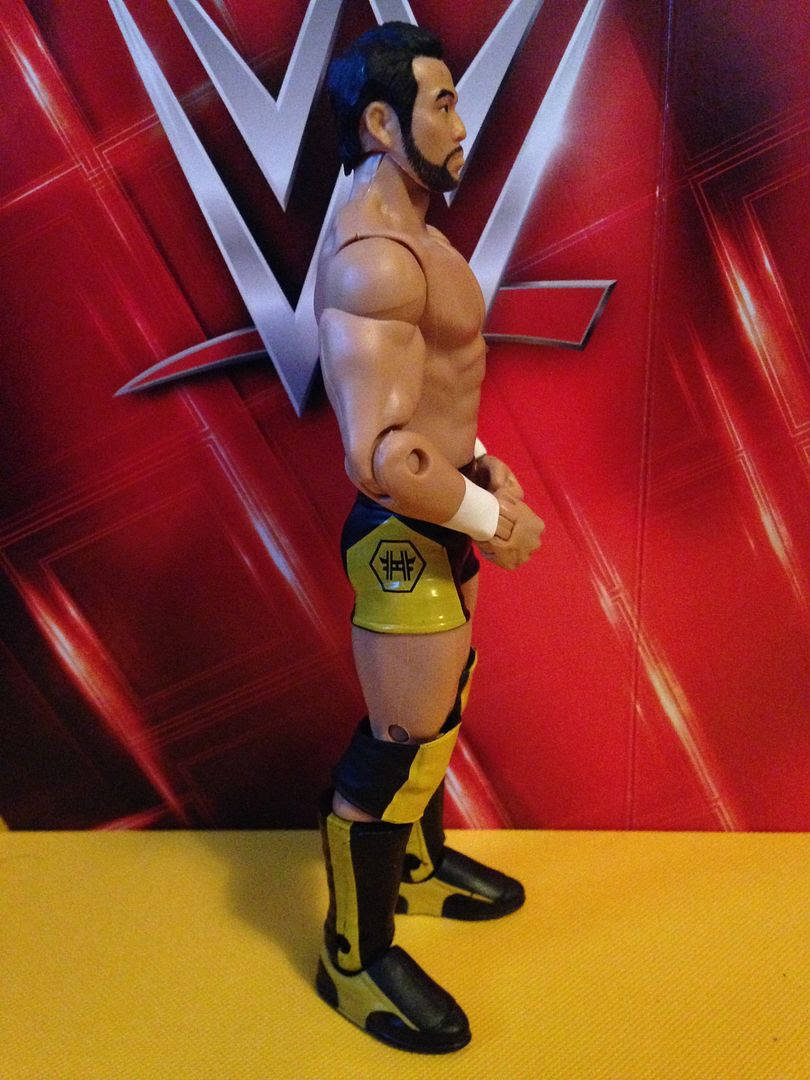 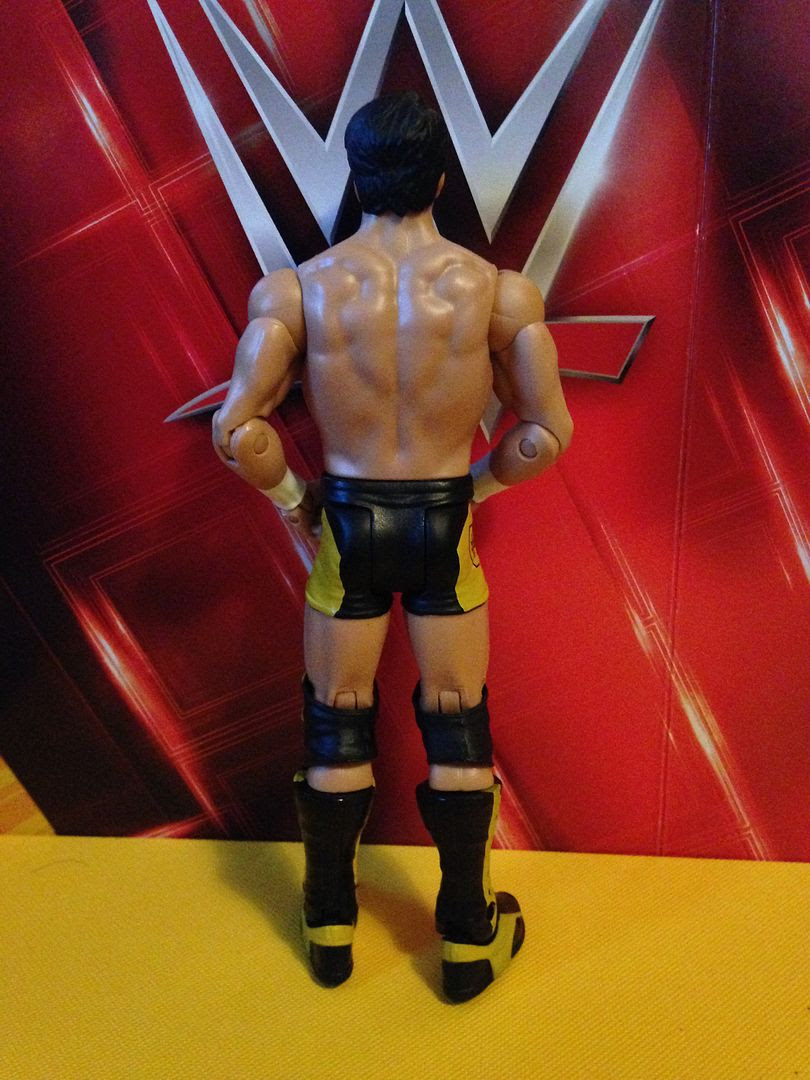 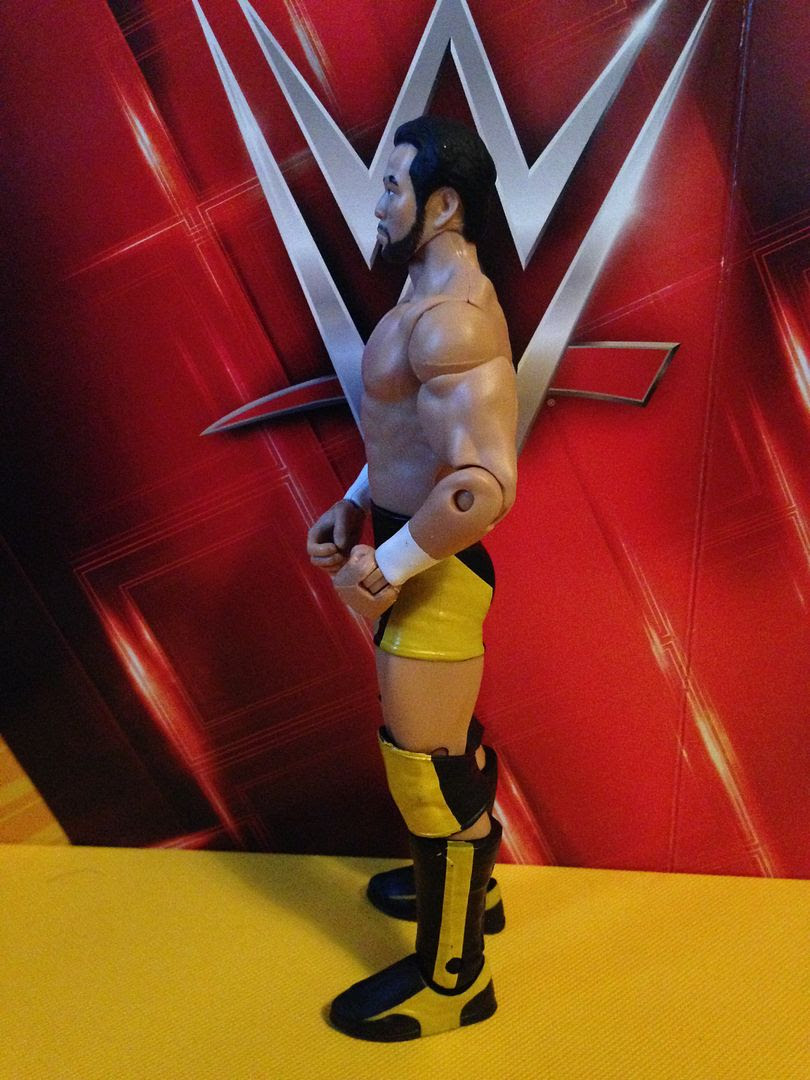 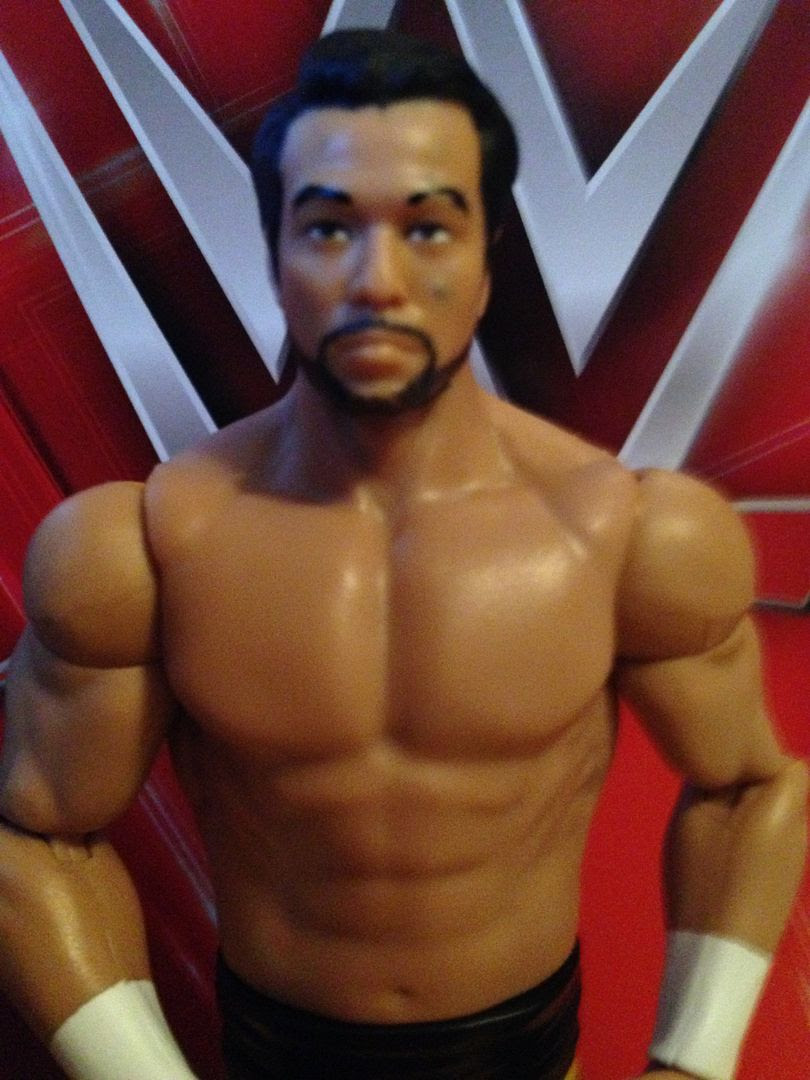 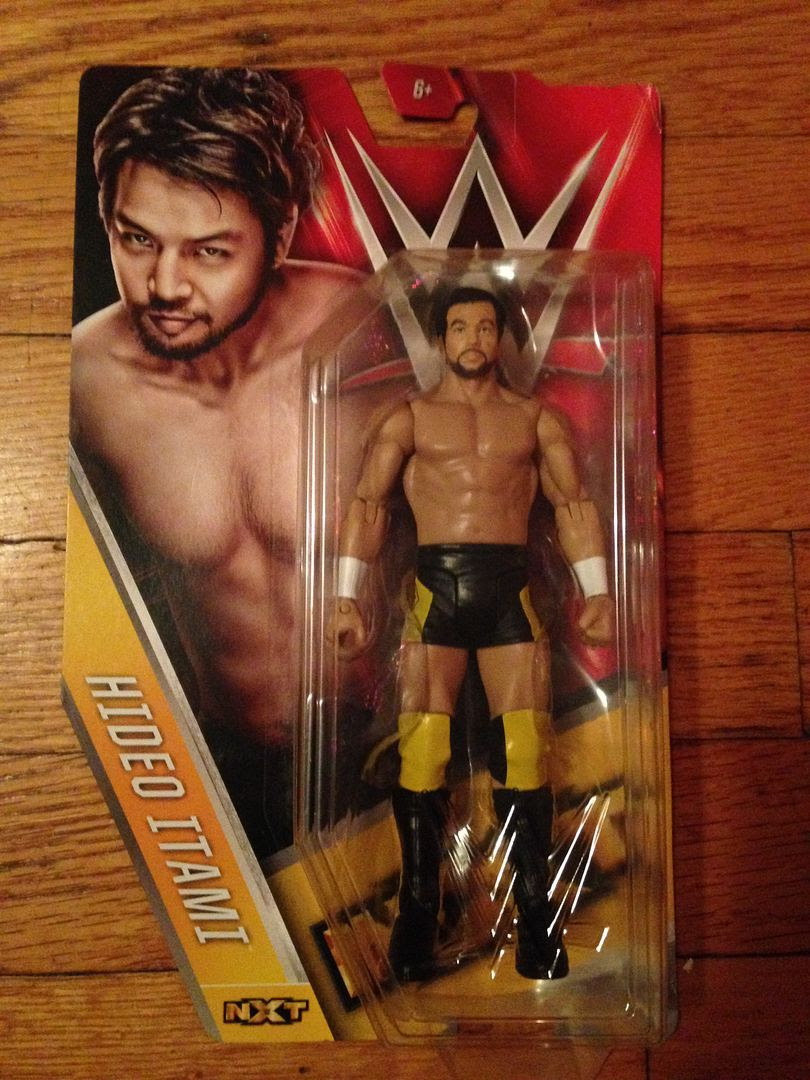 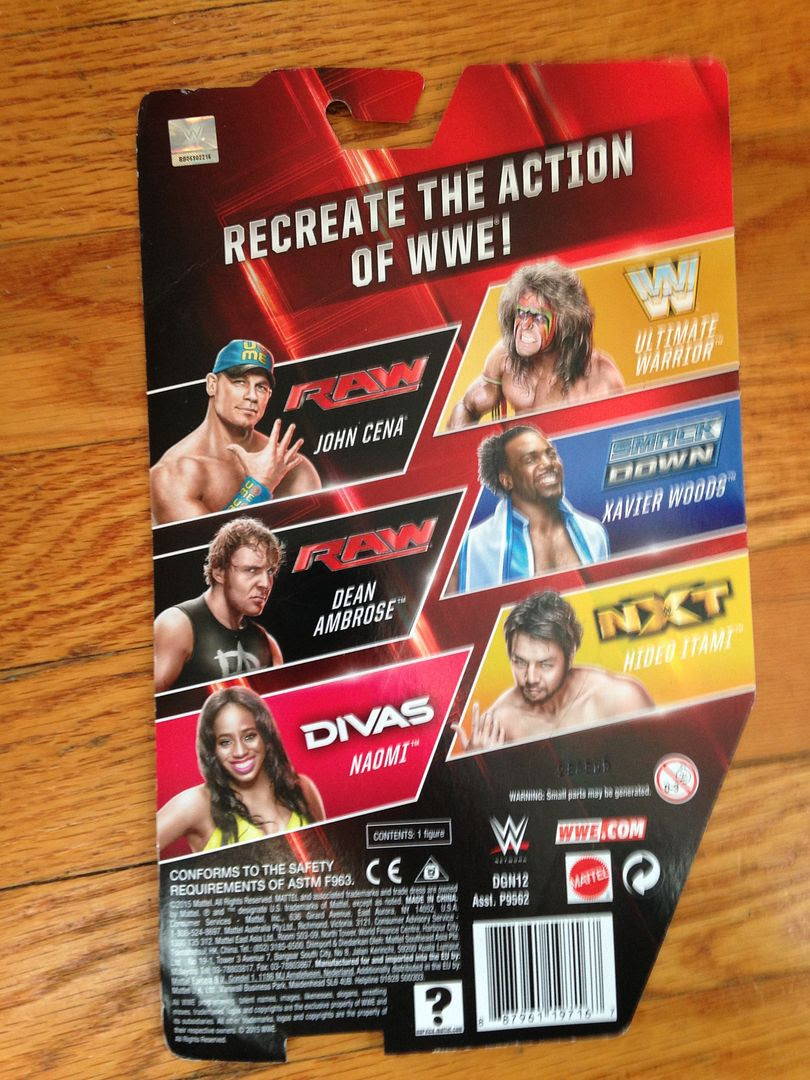 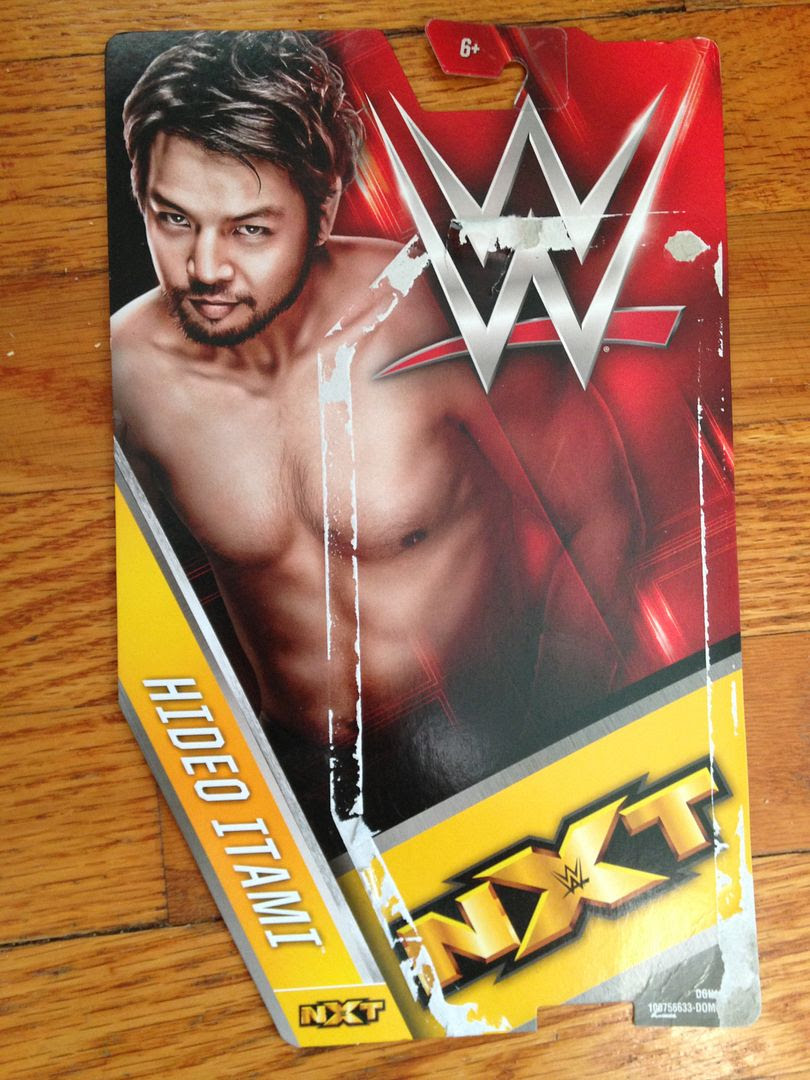