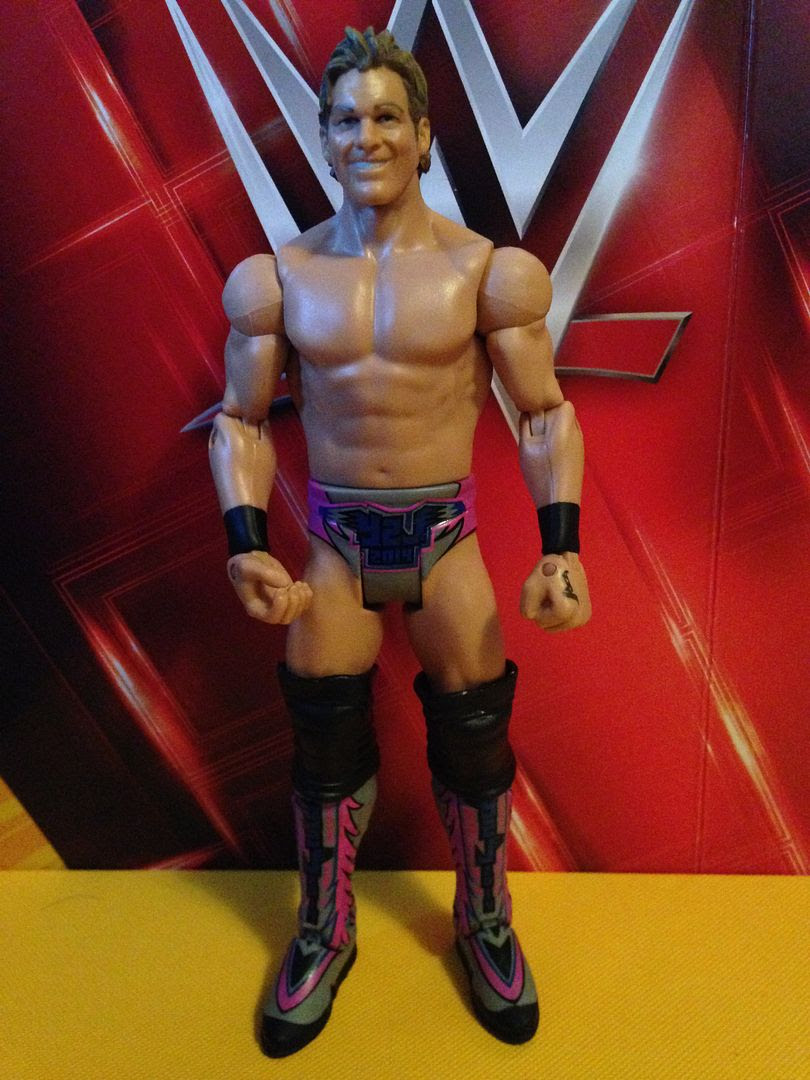 At some point, I guess I knew we were going to have to get a Chris Jericho figure.    Watching old WCW Nitro episodes on the WWE Network planted the seeds in my mind but then thinking about the returns of Chris Jericho and his matches- and potential matches he could have- well, it just made me want this figure.   I didn't want it so much for Chris Jericho as I wanted it because he could fight Hideo Itami, Neville, Finn Balor, Kevin Owens and even eventually hopefully Samoa Joe.  (Jericho is involved in a program with AJ Styles on WWE TV as I type this right now)

Speaking of Neville, this is the series which he first came in but I never really saw him in stores.    Some time right after Christmas I saw this Jericho at Walmart for the first time and decided it was better to get him this way than pay more money for a flashback even though a WWE debut Jericho or some WCW version might be what I really wanted.    Short hair Jericho does kind of make me sad, but that's not going to stop me from enjoying this action figure and having him face new rivals.

There is a blob of paints on one of his hands, which is a factory error, but hey, at least he doesn't come with his awful tattoos.    His boots say he's from 2014 so does that mean he wore this attire in '14 when he feuded with the Wyatt Family and then it took Mattel until 2015 to release it?   That actually seems about right, now that I think about it.   Oh well.  As far as modern Jericho figures go this is probably the most recent of his and it's not all bad. 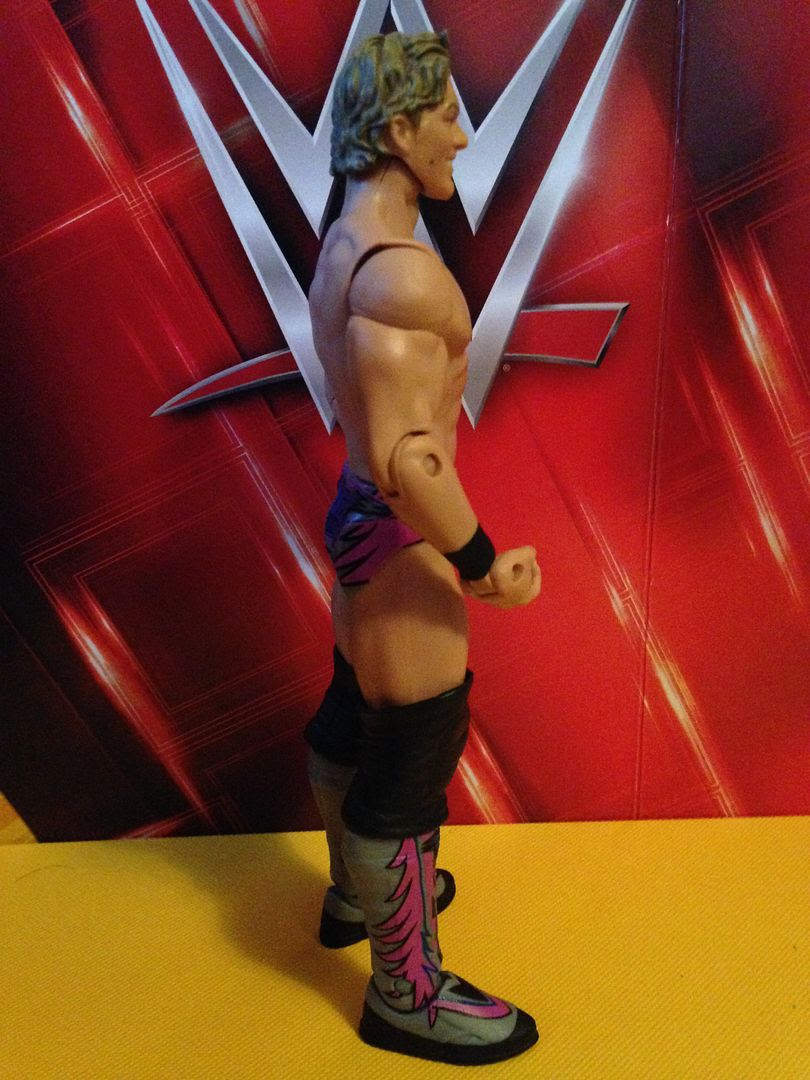 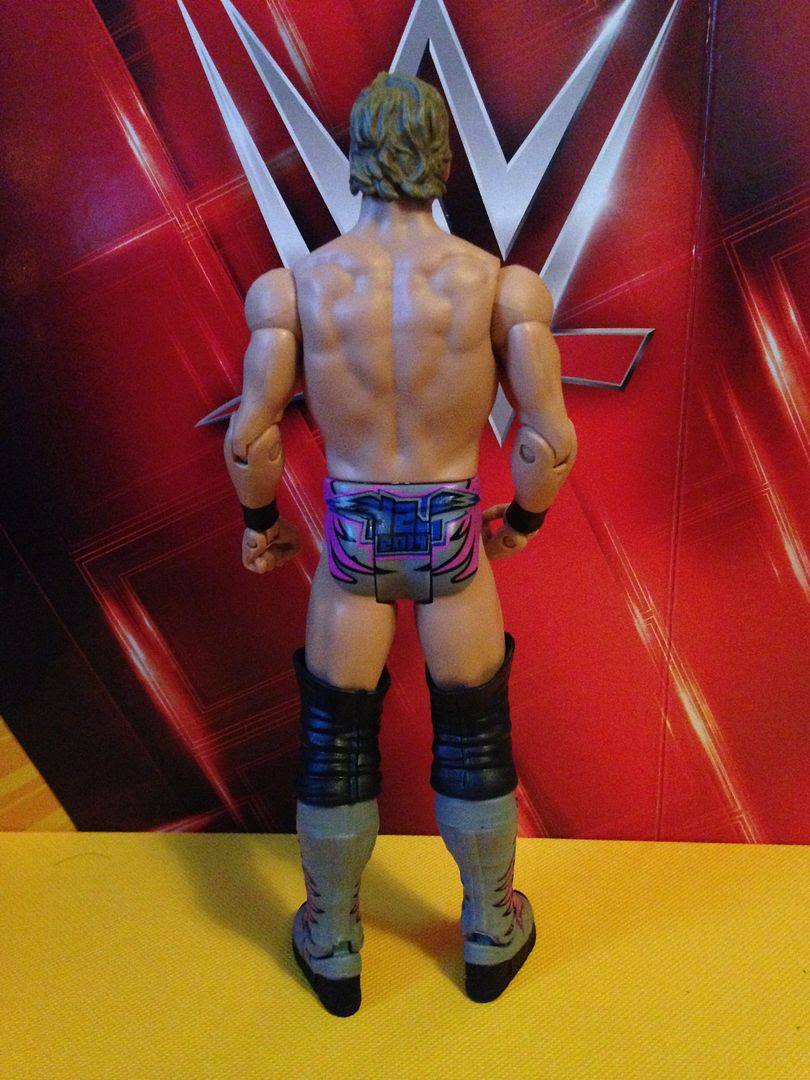 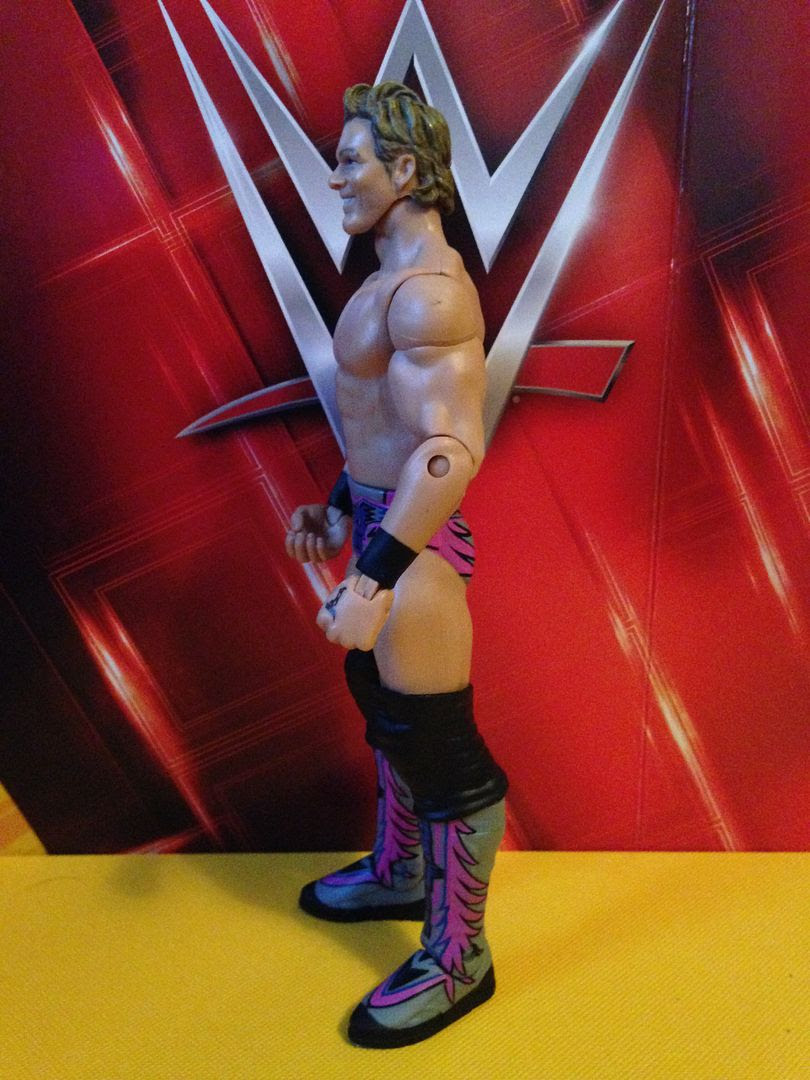 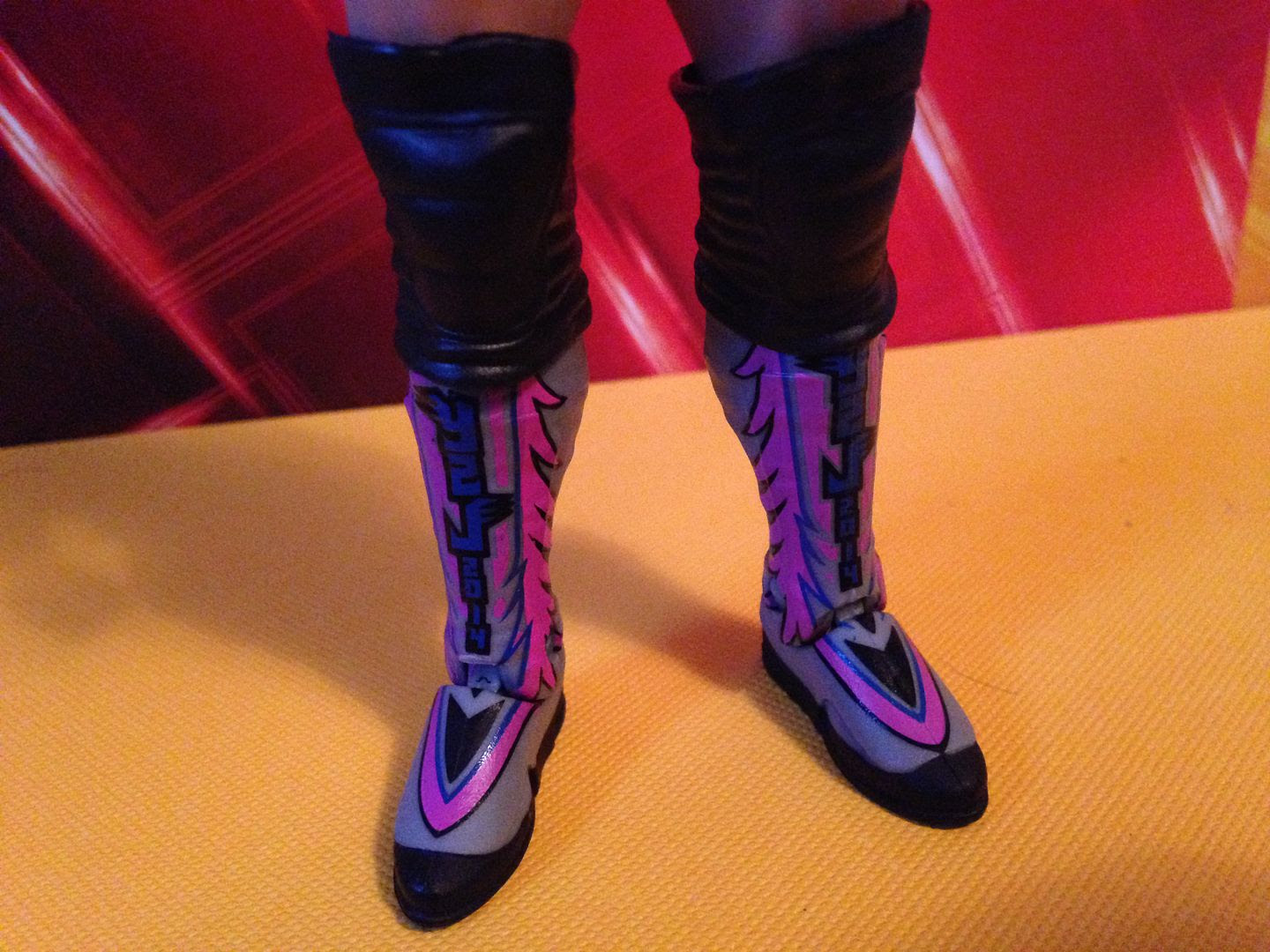 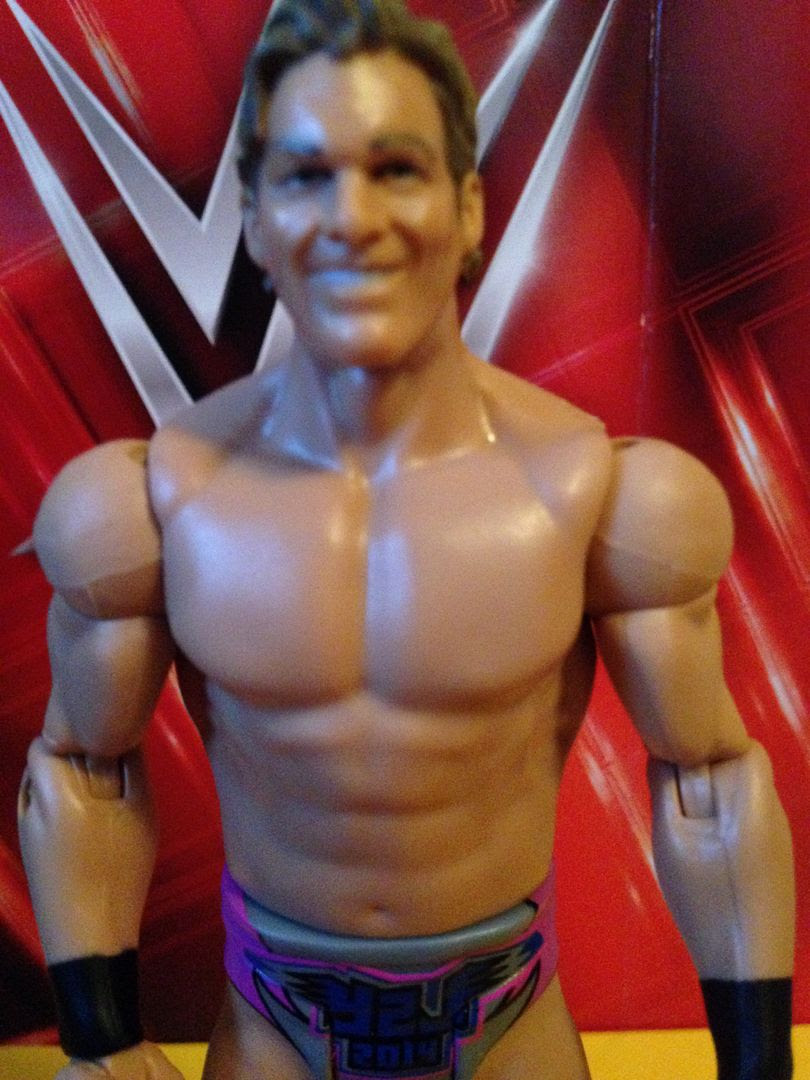