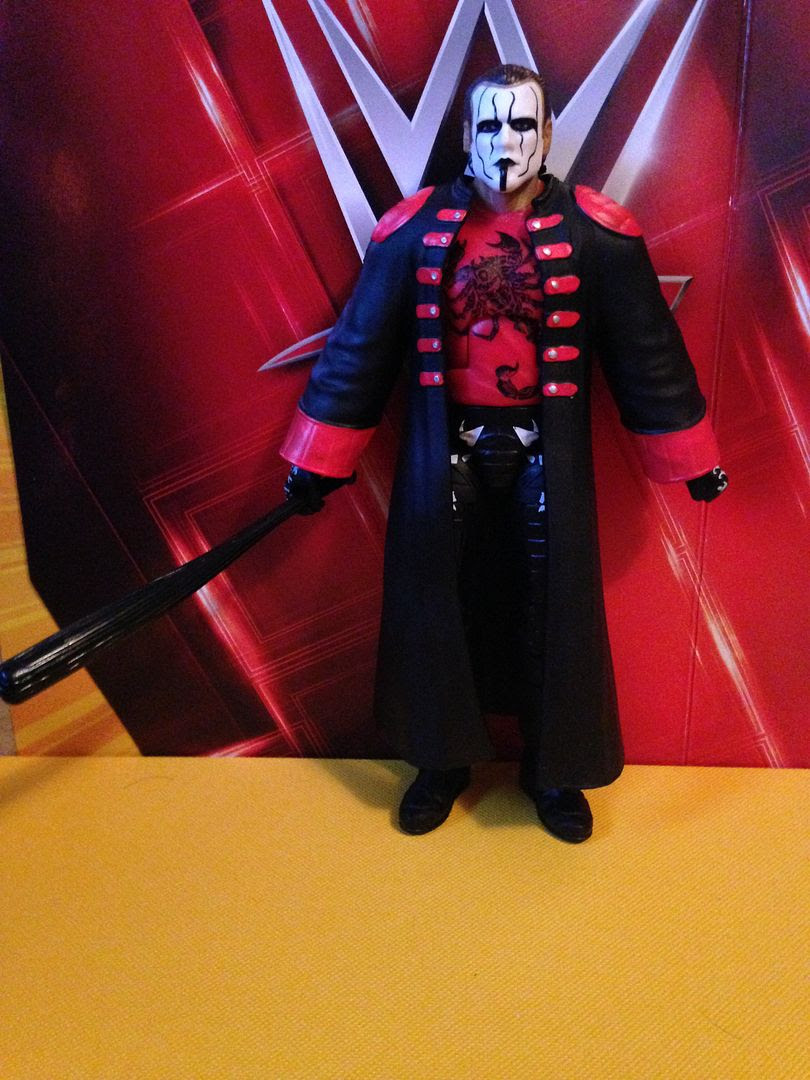 For the record, I hadn't planned on buying the Basic Sting (as The Crow) until we saw it in stores but it kind of works out because now we have two Stings and they both have a purpose.     This is the first modern version of Sting Mattel has made and it works for me.   What I plan on doing now- which wasn't always the plan, but things just worked out that way- is that I'm going to keep this Elite Sting up on a shelf for display while Quentin can play with the Basic Sting, which he has been doing.

When I first saw this figure his headscan looked squished but in reality it looks a lot better than what the prototype showed.    I've seen people complain that he is wearing a t-shirt under his jacket and they'd rather have a sleeveless t-shirt I suppose but the funny thing is- at least for me- since he's going to be on display only his jacket isn't coming off so it doesn't matter.

On a side note, can we discuss the Mattel rubber jackets?   I first got one with The Undertaker and now there is one with Sting.   I feel like they're getting tighter and tighter, thus making them harder to put on the figure (and take off).   I always feel like the way I have to put them on would dislocate a shoulder on a real human but for these toys, well, I feel lucky an arm doesn't break off.  So how about we do something about that, eh Mattel?

But yes, this is probably the only Sting figure I will ever need to buy to put him in that strange category where he is a legend in professional wrestling and yet at the same time has had matches in WWE last year which Quentin has watched with me.     It's crazy, but I definitely love having this figure in our collection.   Right now he is on display with Yokozuna, the Four Horsemen, DDP and Brian Pillman and I think that's just swell. 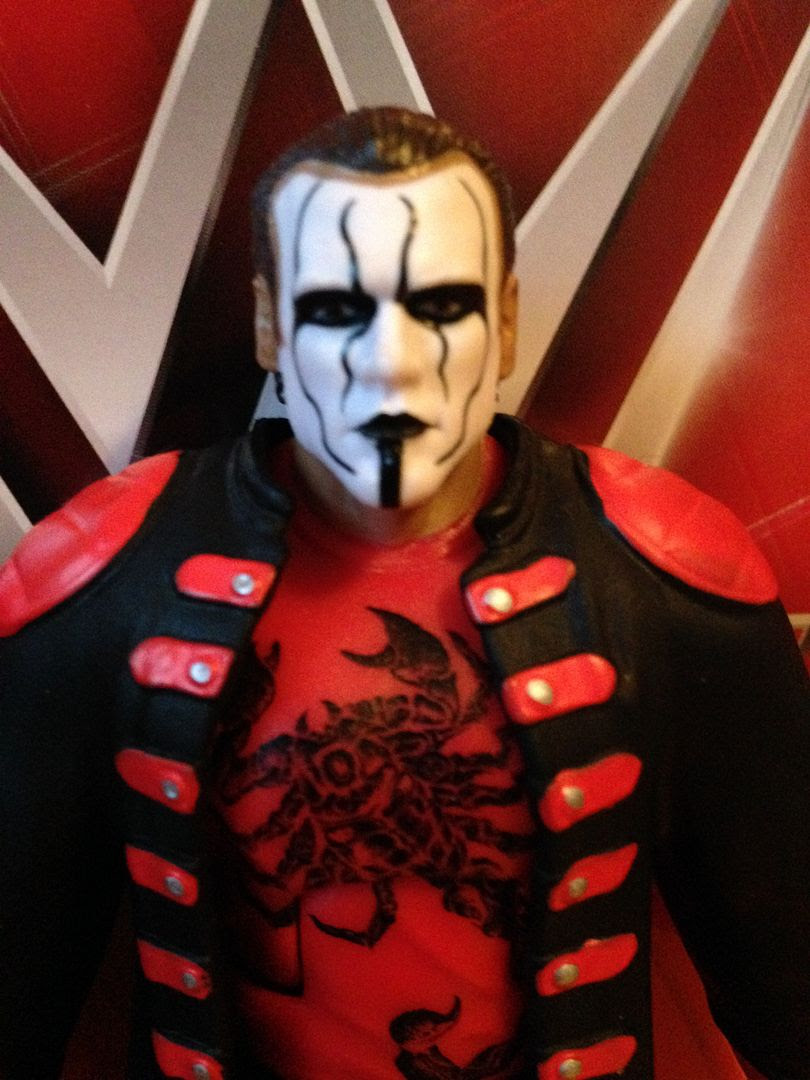 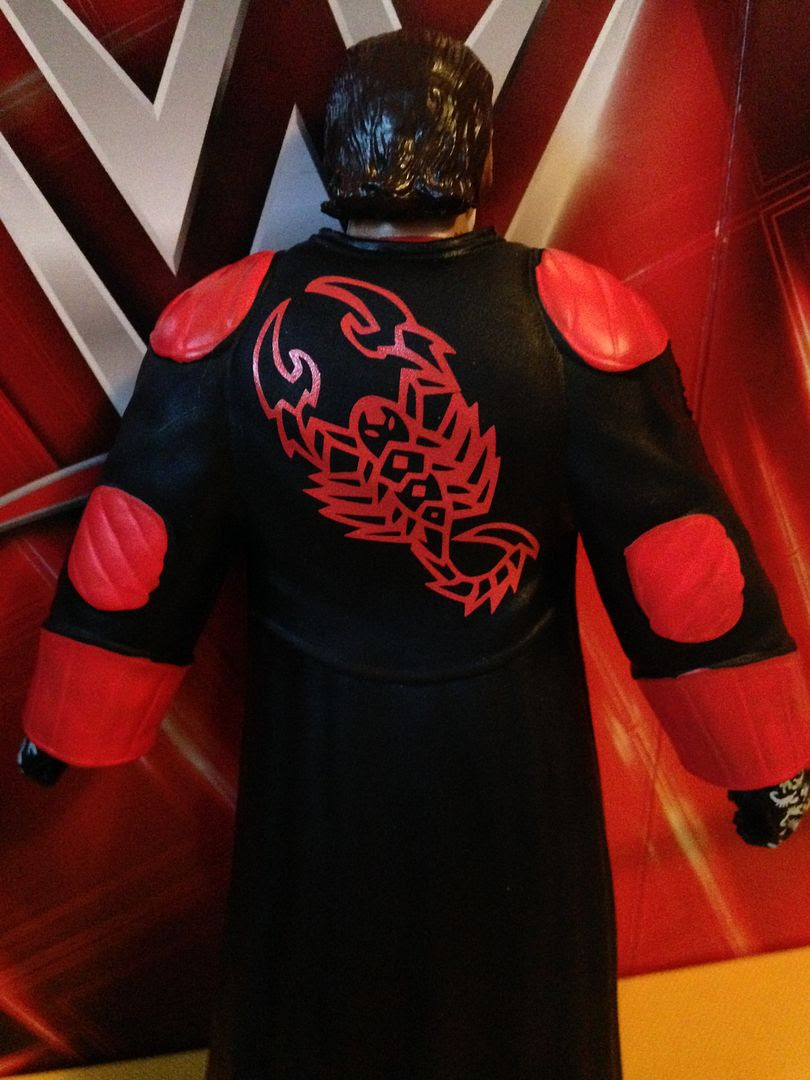 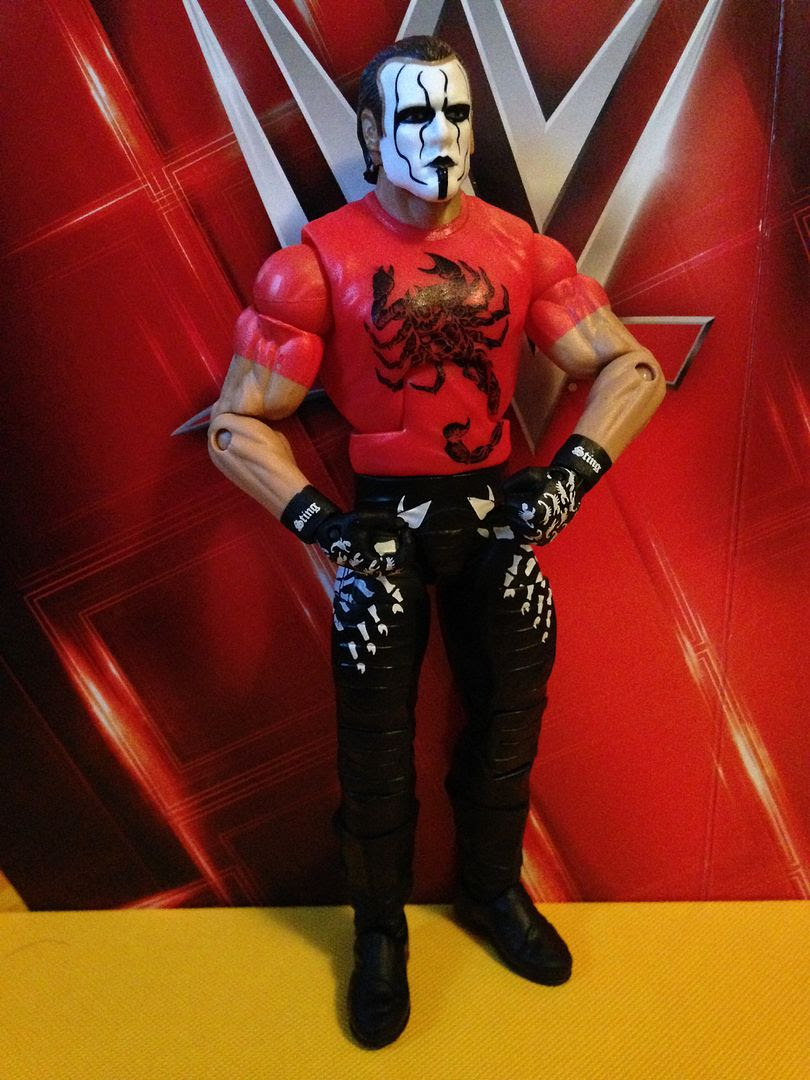 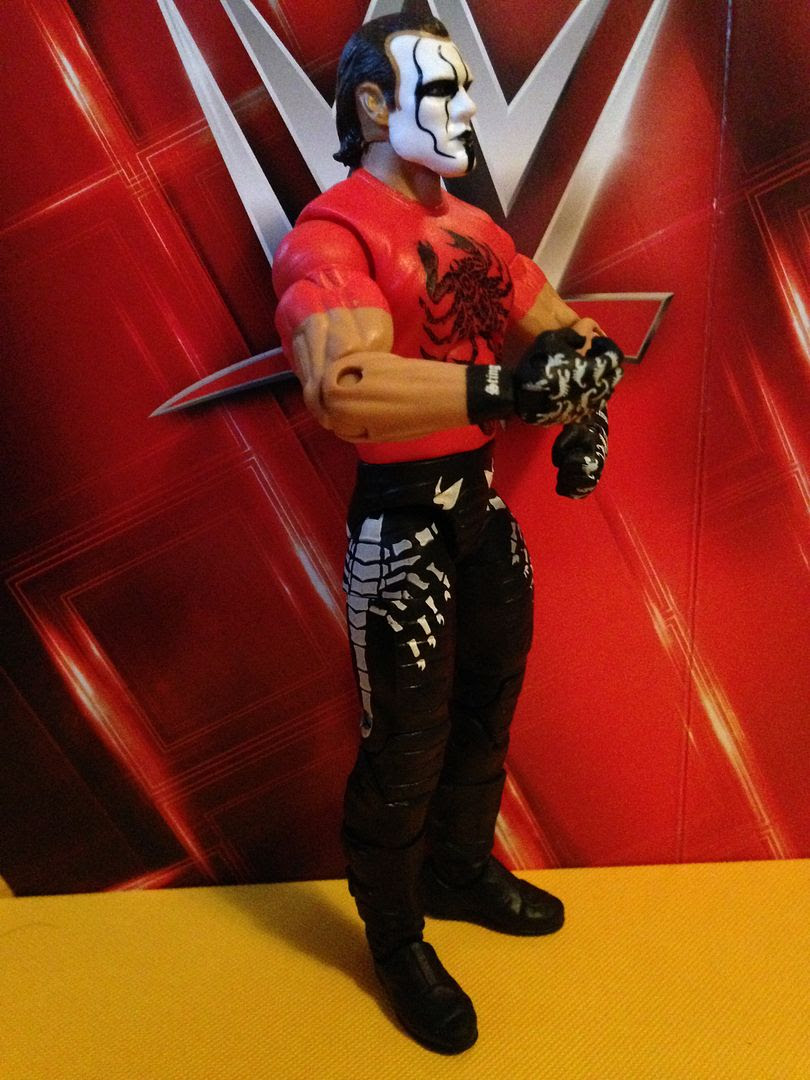 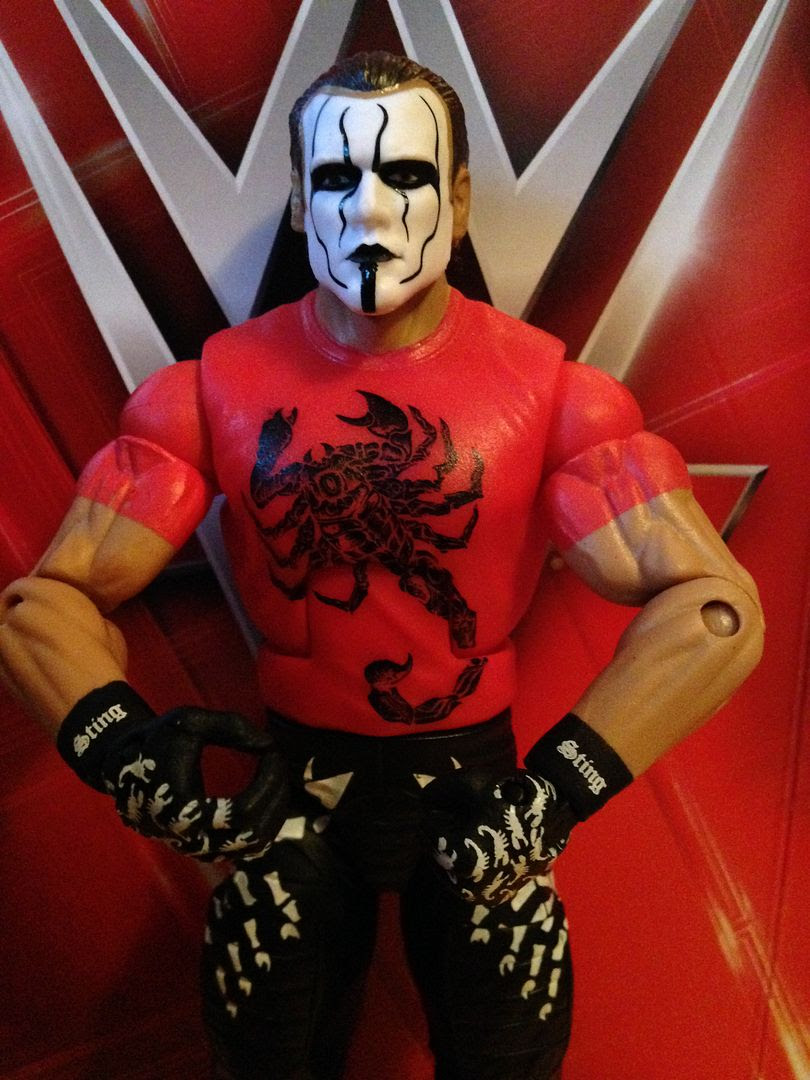 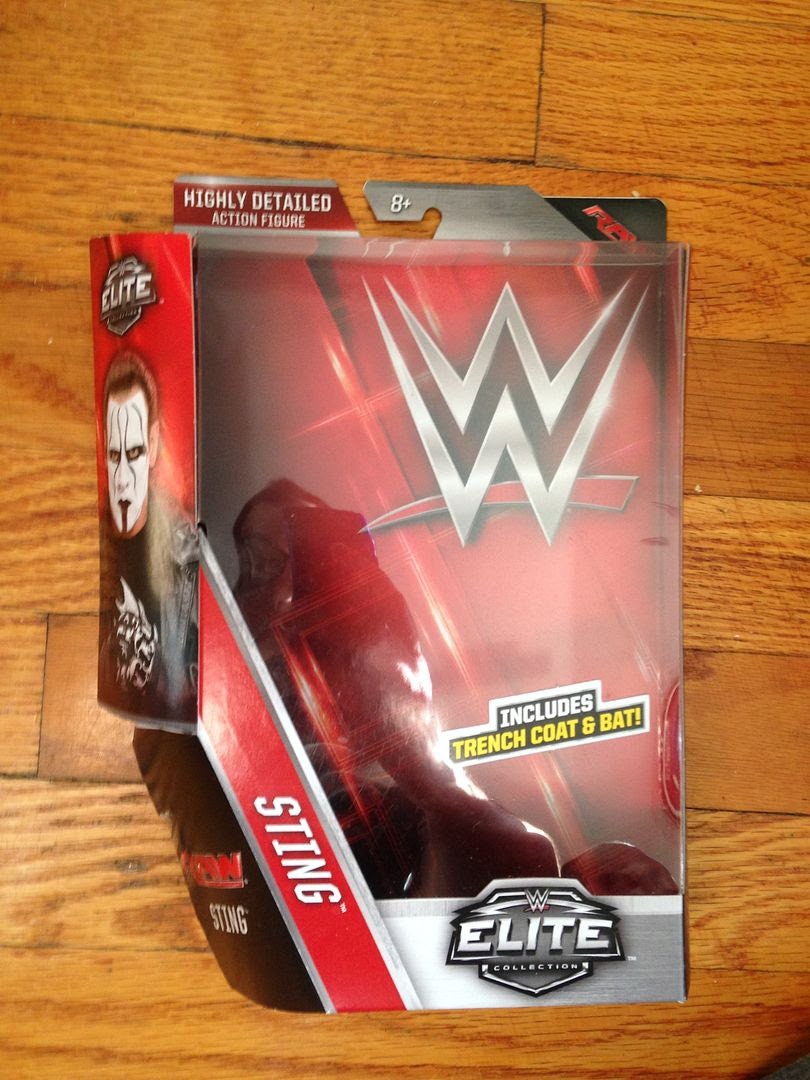 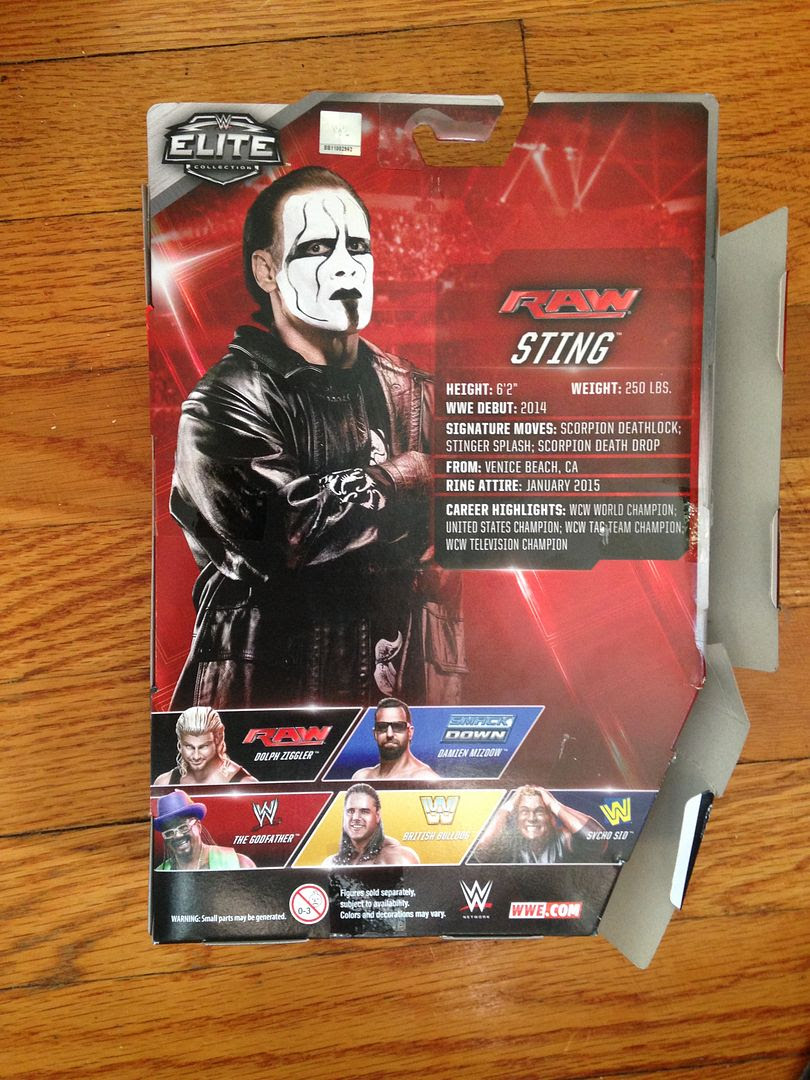