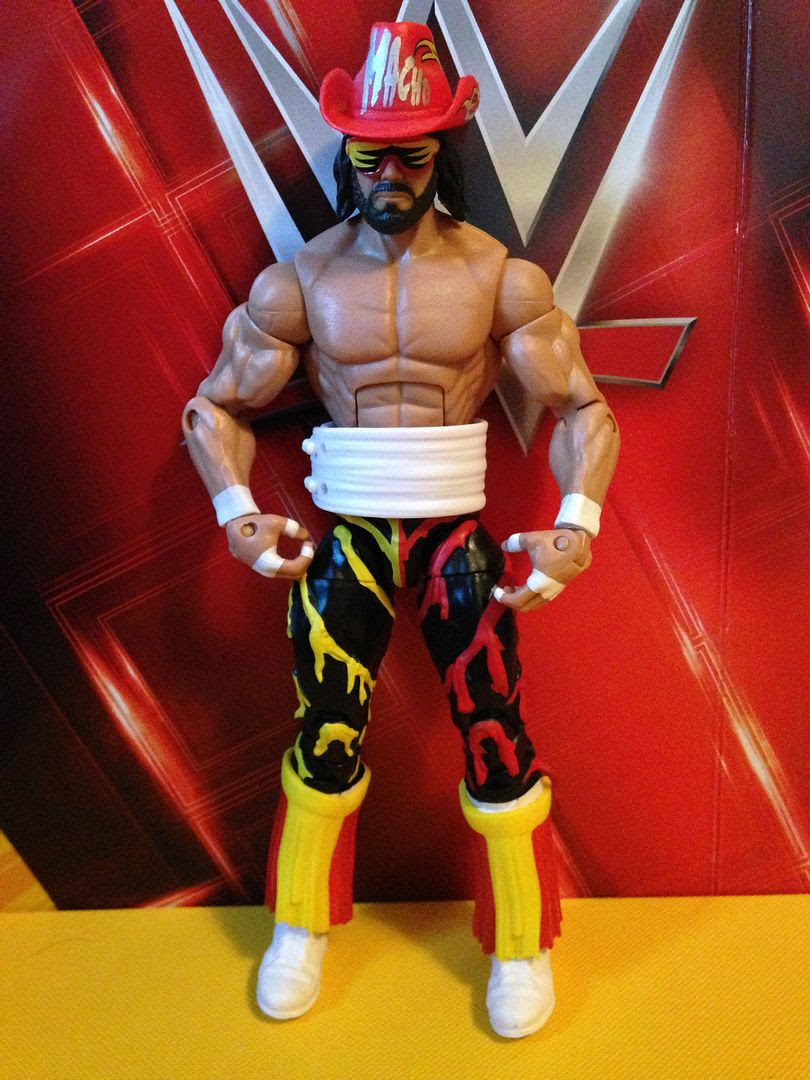 I haven't been keeping up with the various versions of Macho Man Randy Savage in the WWE Mattel line as much as I should.   I've seen his figures in stores before, just not that one t-shirt figure I wanted from Walmart.    I wasn't really sure what version of Macho Man I wanted and as I'm not big into the whole "flashback" thing and would rather have a modern Macho Man, well, much like the Ultimate Warrior it isn't happening because they're both dead.

This figure became the Macho Man that I wanted because of watching WCW, I'd say.   Plus I came to the conclusion that if I'm going to have guys like Hogan, Sting and Flair in our collection then we have to have Macho Man as well.   With a removeable hat, sunglasses and rib wrap though this feels like one of the least detailed Macho Man figures we could have gotten.    I really want one that looks like his old Hasbro figure in the white jacket.

Mostly we got this Macho Man figure because it was in stores at the time that we decided Macho Man should be in our collection.   Had I waited, we would have the new Hall of Fame Macho Man instead, but I'm not going to buy two Macho Man Mattel figures (Unless they do that Hasbro figure justice) and I can't go back in time, so here we go.   Someone get this action figure some Slim Jims. 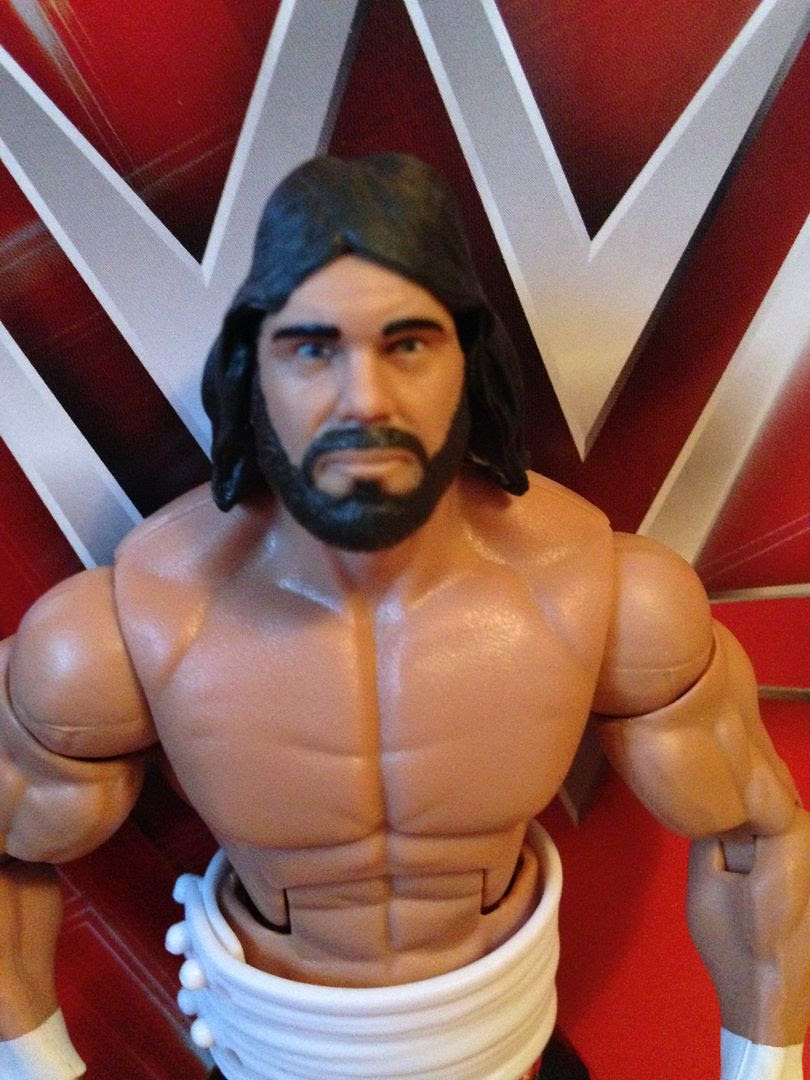 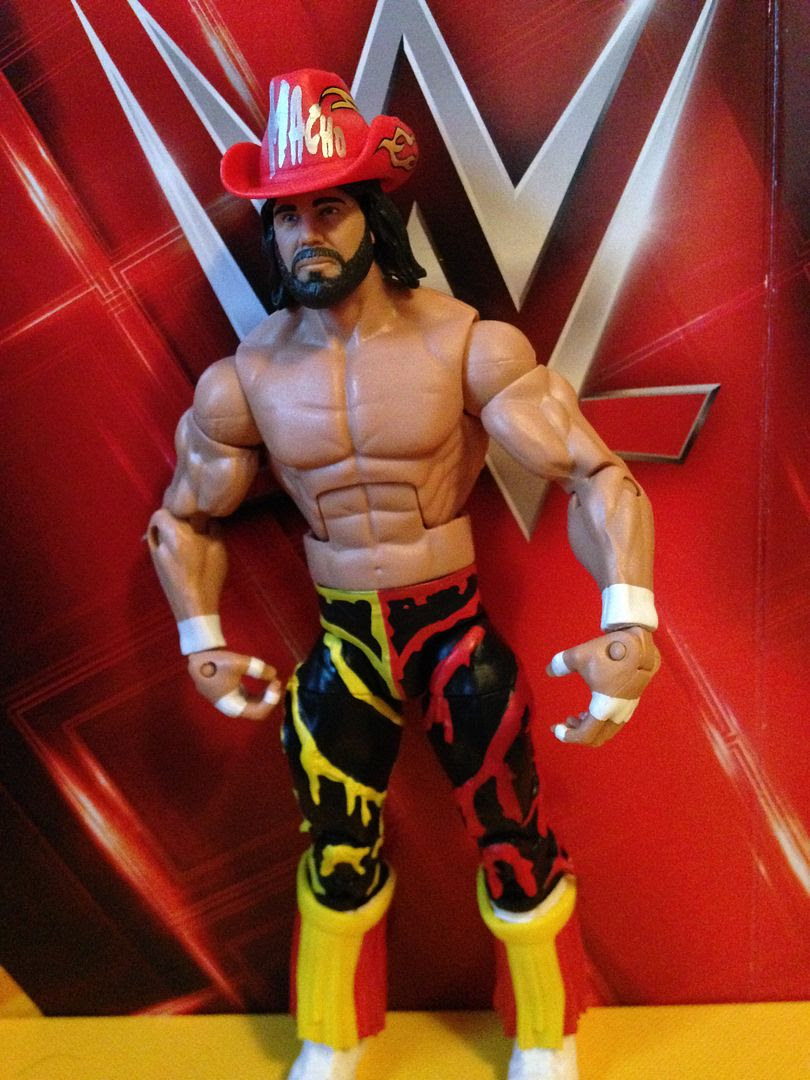 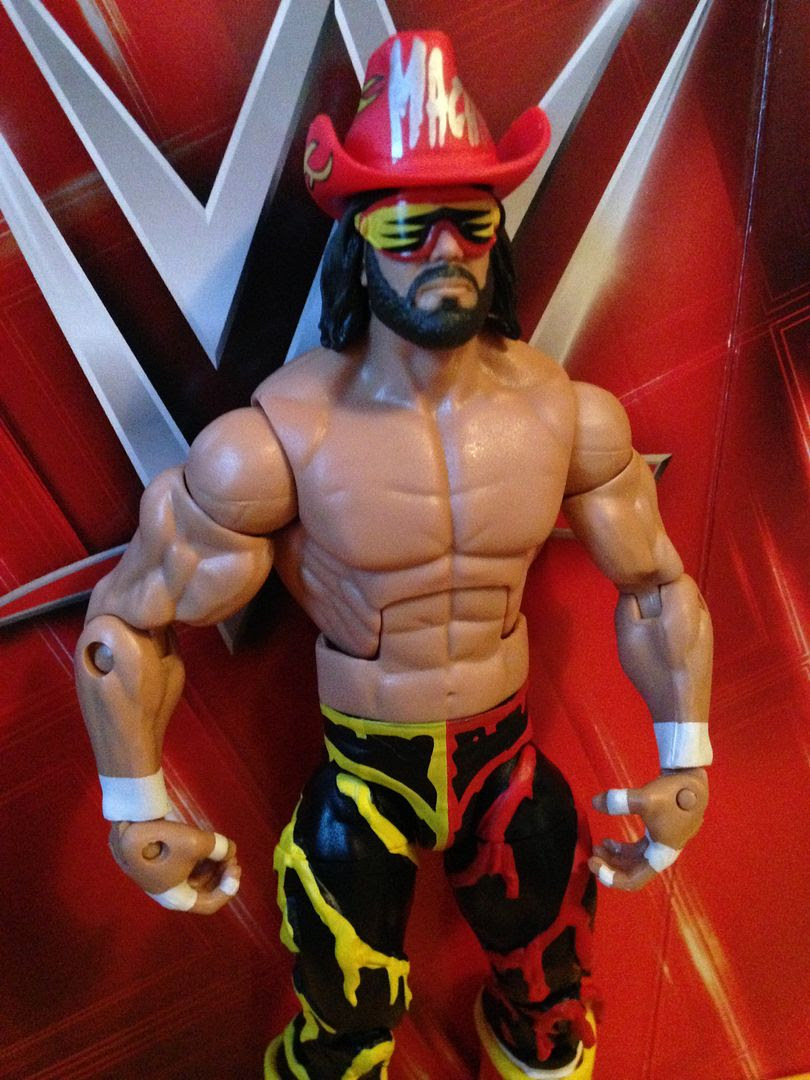 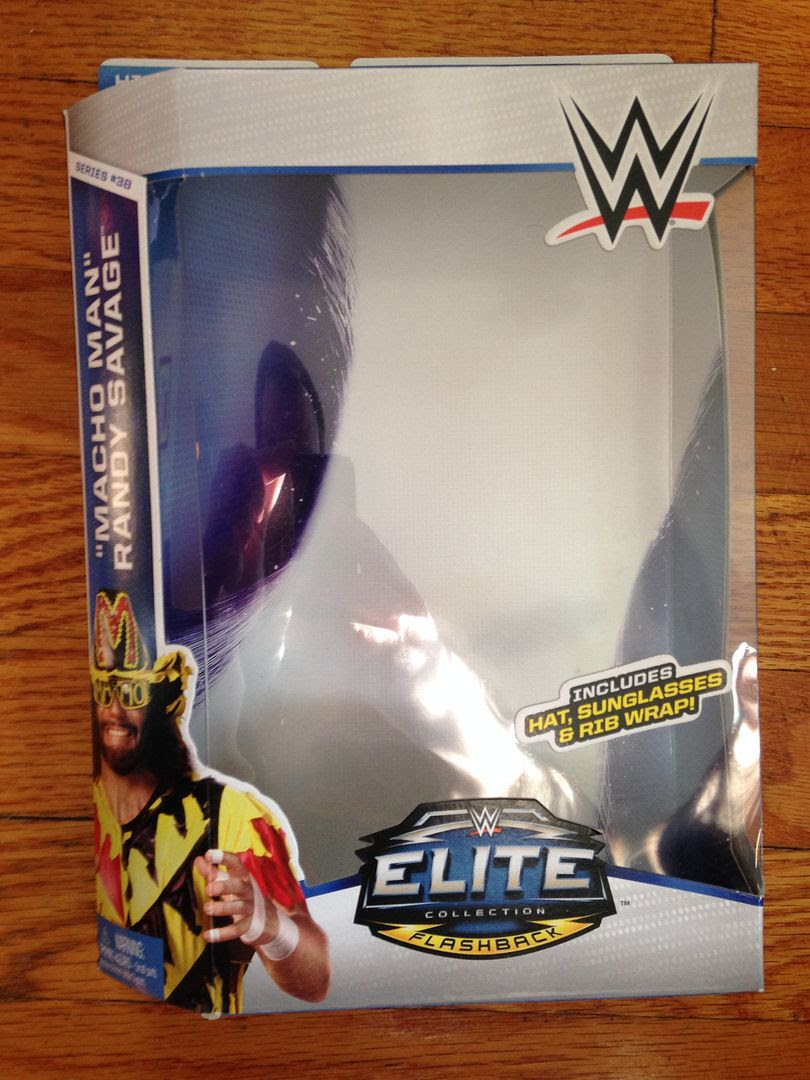 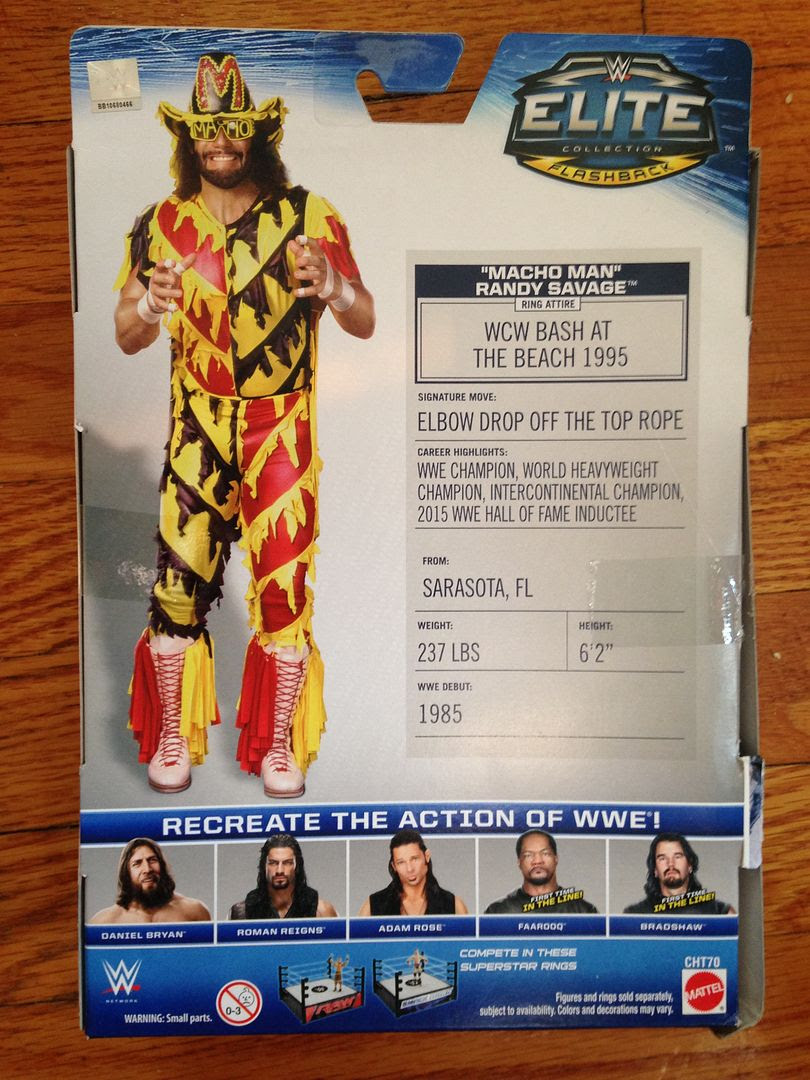