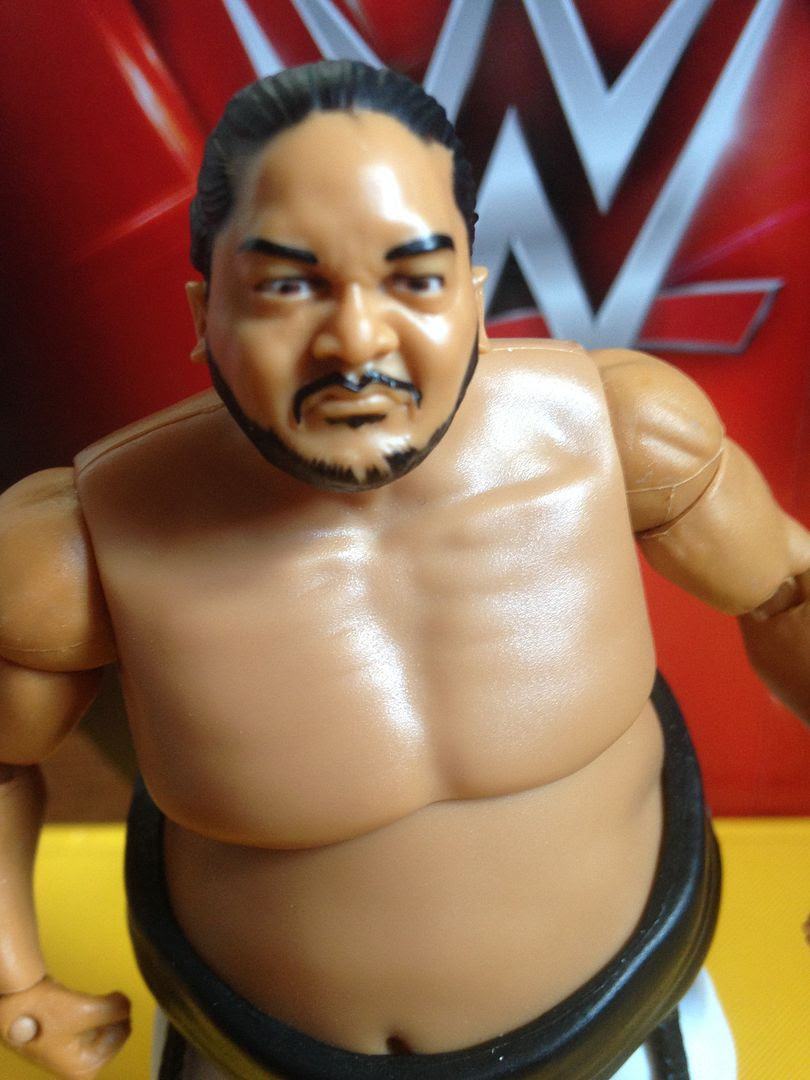 Back when Yokozuna had his first Mattel action figure as a Flashback in an Elite series I seriously considered buying him the one time I saw him at Target.  We weren't really collecting WWE Mattel figures back then but it just seemed like such a cool figure.   As we fast forward to years later (This was back in 2011 mind you) I had been thinking more and more about the different types of wrestling and how much I enjoy them.   On one hand, I'm really a great fan of lucha libre though there is also a definitive Japanese style.  I also thought about how Yokozuna represented that sumo style and for that reason I wanted him in our collection.

Then Mattel made a Hall of Fame series for Target which included a new Yokozuna and I never saw it in stores.   I'm actually fairly certain that I never saw it in stores because Yokozuna comes with two classic tag team title belts, something I feel people were buying the figure for more than just the figure itself.   Then one day we found Yokozuna at Target.  I asked Quentin if he wanted him and he said yes, so it was agreed.   (Now people may think that if you ask a three year old if he wants a toy he'll always say yes, but he said "no" to the recent Faarooq APA Elite figure when we saw it at Toys R Us, so he does turn some figures down)

An interesting side note to this figure is that I showed Quentin prototype photos of a new Steve Austin coming out with three different title belts and Quentin asked me if that meant Steve Austin had won a lot of matches.   Well, a short time later when we found Yokozuna at Target he asked me again if it meant Yokozuna had won a lot of matches and then I explained to him how these were the tag team titles.

What's funny is that growing up I had Yokozuna as a Hasbro figure in red and then eventually as a Jakks figure in their Classic Superstars series in red, but when Jakks had their Bone Crunching Action series I had Yokozuna in white.   I primarily remember him in red, but I also remember him in black and I'd certainly rather have a Yokozuna in white than no Yokozuna at all.   The idea of having the tag team titles as opposed to a robe is also a fair trade for me.   So as far as action figures go, this one is pretty great and they even molded him a special huge butt which does in fact help him do his Banzai Drop.

I watched Yokozuna a lot when I was growing up.   He was champion and a roster mainstay for quite some time.   I think for me- and a lot of people my age- Yokozuna was one of the first characters where you kind of began to question wrestling after learning he could speak English because his gimmick for such a long time was that he couldn't.   This would lead to the eventual discovery that Yokozuna wasn't even really Japanese. *gasp*  And so a lot of wrestling just unravelled from there, for me, and I think we all have that point in our lives as wrestling fans but I think for more than most it includes Yokozuna.

Not that long before Yokozuna died my Mom and I went to see him on an independent wrestling show here in Connecticut.   We walked by a hallway where he was standing and even though in his final WWE run he had lost some weight I still was amazed by his size.   He really was larger than life, in all aspects of the phrase, and yet here he was, working some show in a high school gym where I could be within arms reach of him.    For the way WWE built him up to be this huge monster and all, they never should have let him go and they never should have let that mystery surrounding him be revealed.    But what can you do?  It's all in the past now.

Thanks to the WWE Network Quentin is able to watch matches now featuring Yokozuna and I am able to revisit my childhood memories of professional wrestling.   Could we one day see a two pack somehow of Yokozuna and Mr. Fuji with a giant Japanese flag for Mr. Fuji to wave?  I hope so.  I would buy it since Yokozuna apparently holds a much more special place in my heart than I imagined before writing this review. 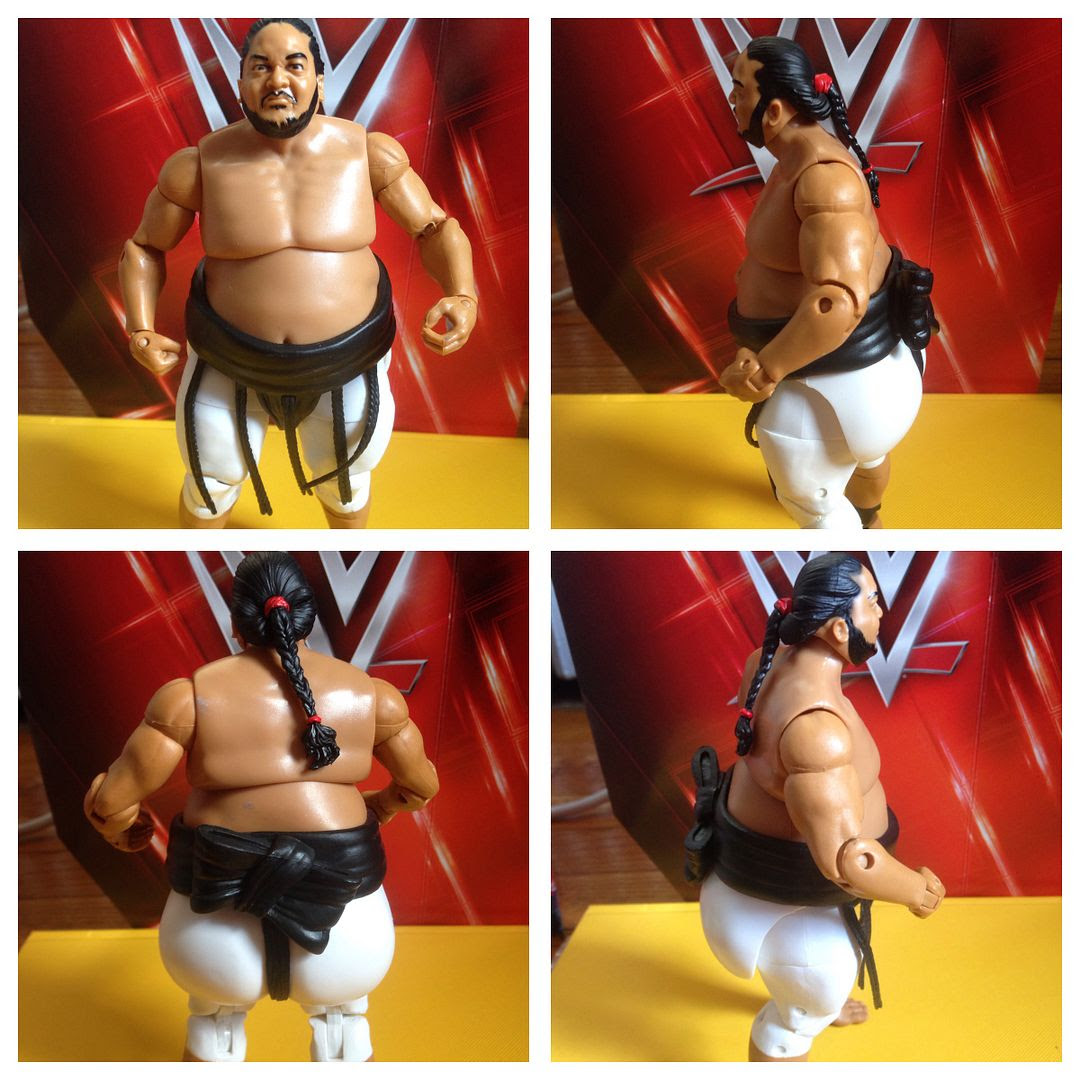