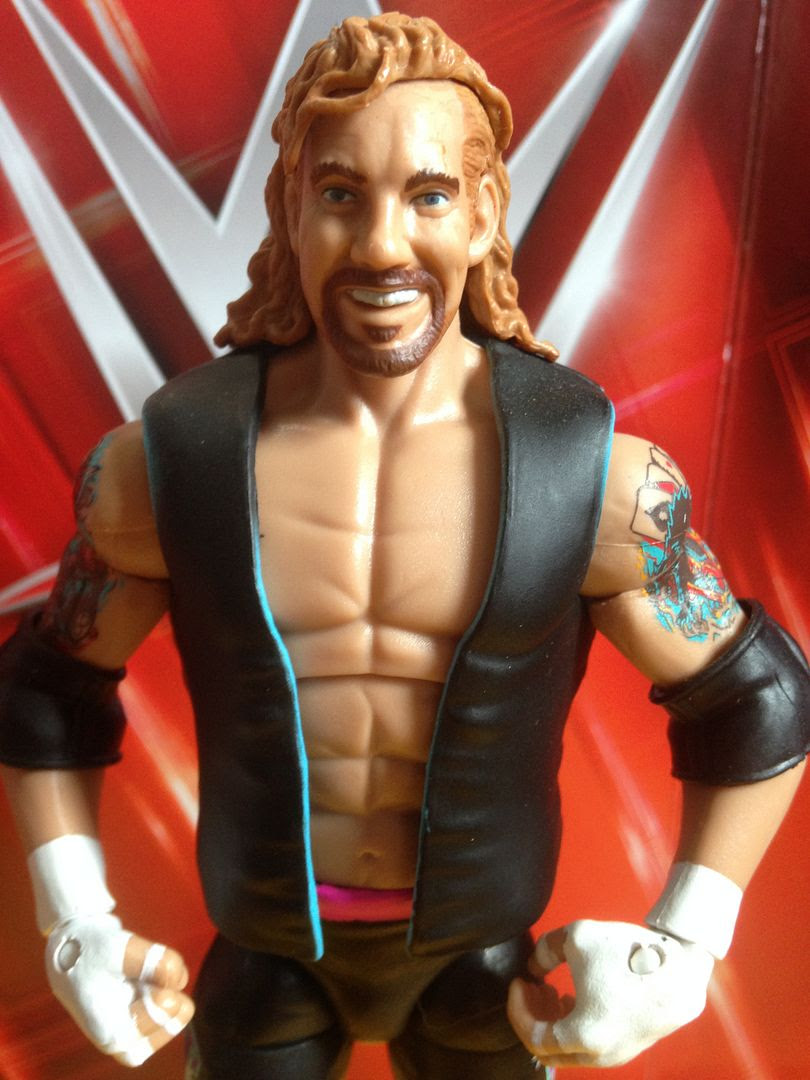 During the Monday Night Wars I was always Team WWE but I would watch WCW every once in a while, but mainly to see my old WWE and ECW friends.   Seeing Bret Hart was nice and even when Scott Hall and Kevin Nash showed up I was intrigued.   Guys that I would come to enjoy watching wrestle like Chris Jericho, Eddie Guerrero, Rey Mysterio and Ultimo Dragon I wouldn't really find out about until they jumped ship to WWE.   But guys like Raven (especially Raven), The Sandman (aka Hak), Perry Saturn and Shane Douglas were reasons for me to watch WCW.   Raven's Flock had a certain amount of interest for me but not enough to actually make me care about Billy Kidman.

No, there was only one true WCW character that I cared about for some reason before he ever came to WWE and that was Diamond Dallas Page.   I'm not sure why I like DDP so much.   Was it his ties to Raven and their feud?  Maybe.   Was it his alliance to Bam Bam Bigelow?  I don't know.    But I certainly did enjoy his story of being thought of as a manager and then becoming a wrestler (which is similar to Raven as well) because as a teenager who doesn't sit there and go, wow, that could be me, I could be a wrestler?

Mattel had tried to have a line dedicated just to their classic releases- what they called legends- and it didn't work.   The first time I found my much sought after Brian Pillman figure in that line he was already on clearance at Target for $8.   Then some of the legends became online exclusives and, yeah, a DDP exists in that way only his belt is blue instead of pink, I believe.   With this DDP coming to mass retail though I decided it might be time for him to join the family.   After getting The Crow Sting it seemed like a nice fit.   I had recently watched an episode of WCW Nitro on The WWE Network and the first match was DDP vs. Chris Jericho.   I wondered if Chris Jericho would one day be in our Mattel collection (It seems likely we'll find and buy that one eventually from the Basic series Neville is in) and knew that he would so I wondered why not DDP?

One of the other biggest differences in this figure and the Mattel released prior to it is the hair color.   But whichever color you prefer, both seem to be a bit off as I will always remember DDP as having two different colors in his hair-- a brown underneath the blonde-- and as such I don't know why they couldn't somehow recreate that effect.   I'll always remember how DDP came out to a song that sounded like "Smells Like Teen Spirit" and his role in "Ready To Rumble", but above all else he will always remain that only WCW original that I actually watched WCW to see.    When you consider all of the wrestlers active during the Monday Night Wars that is quite an accomplishment. 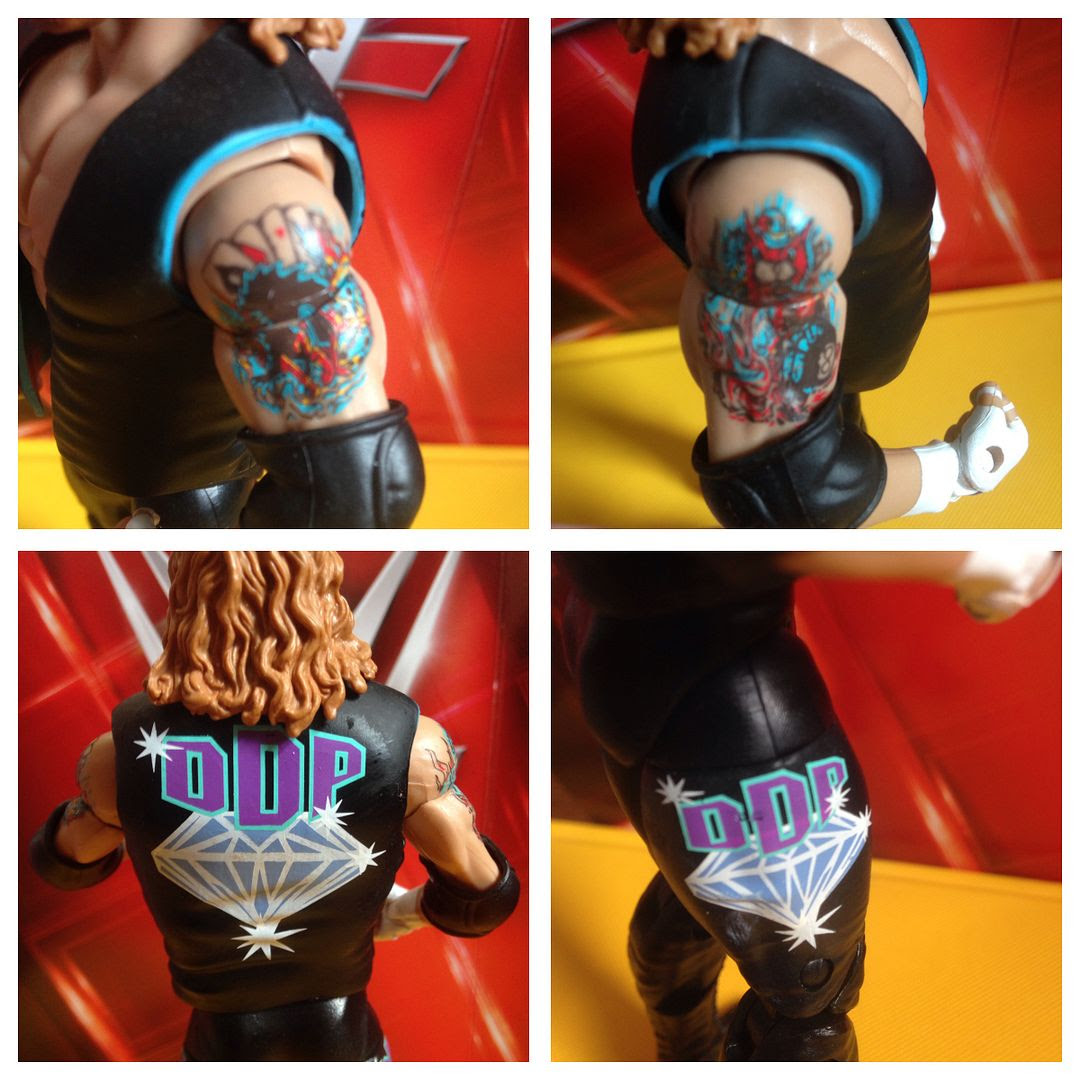 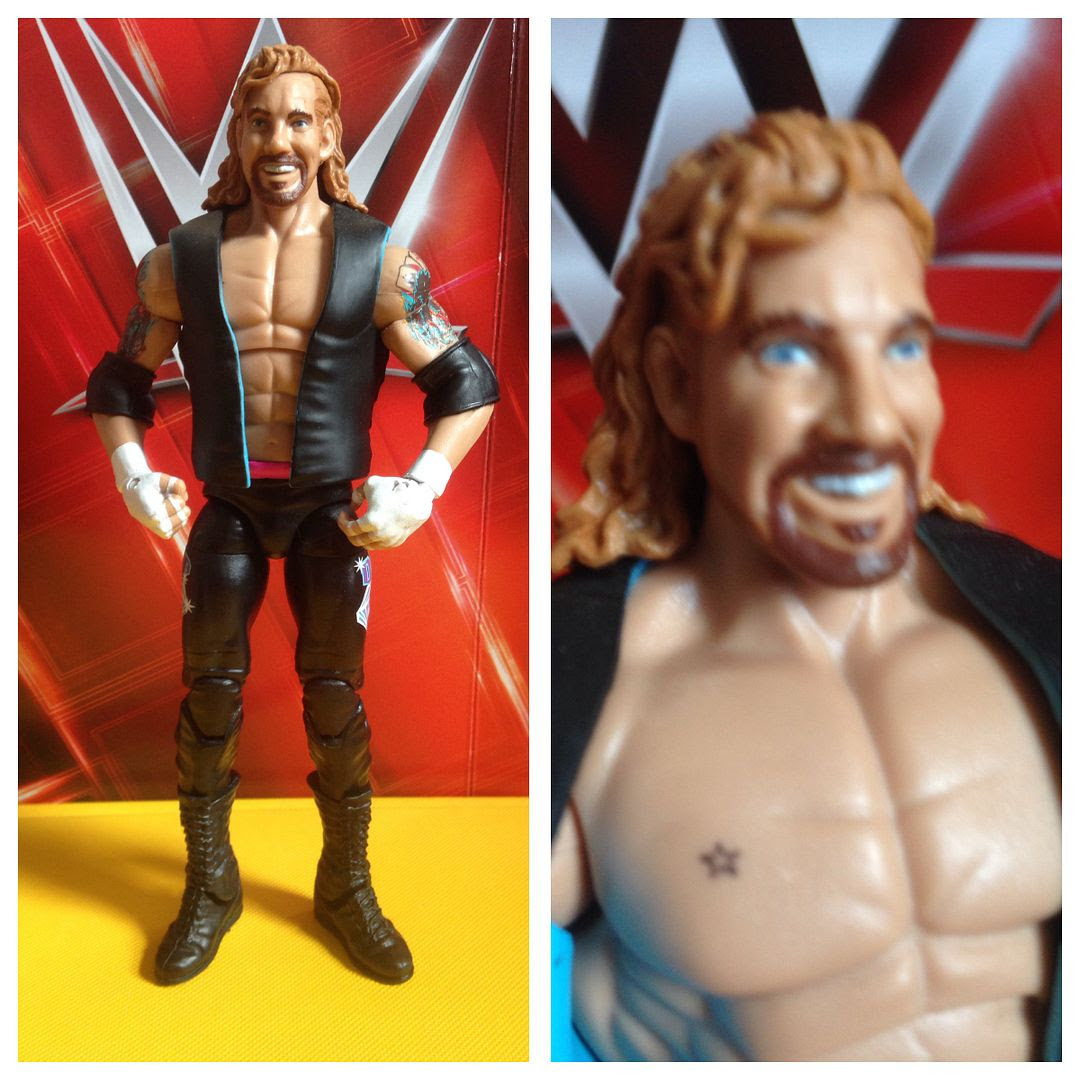