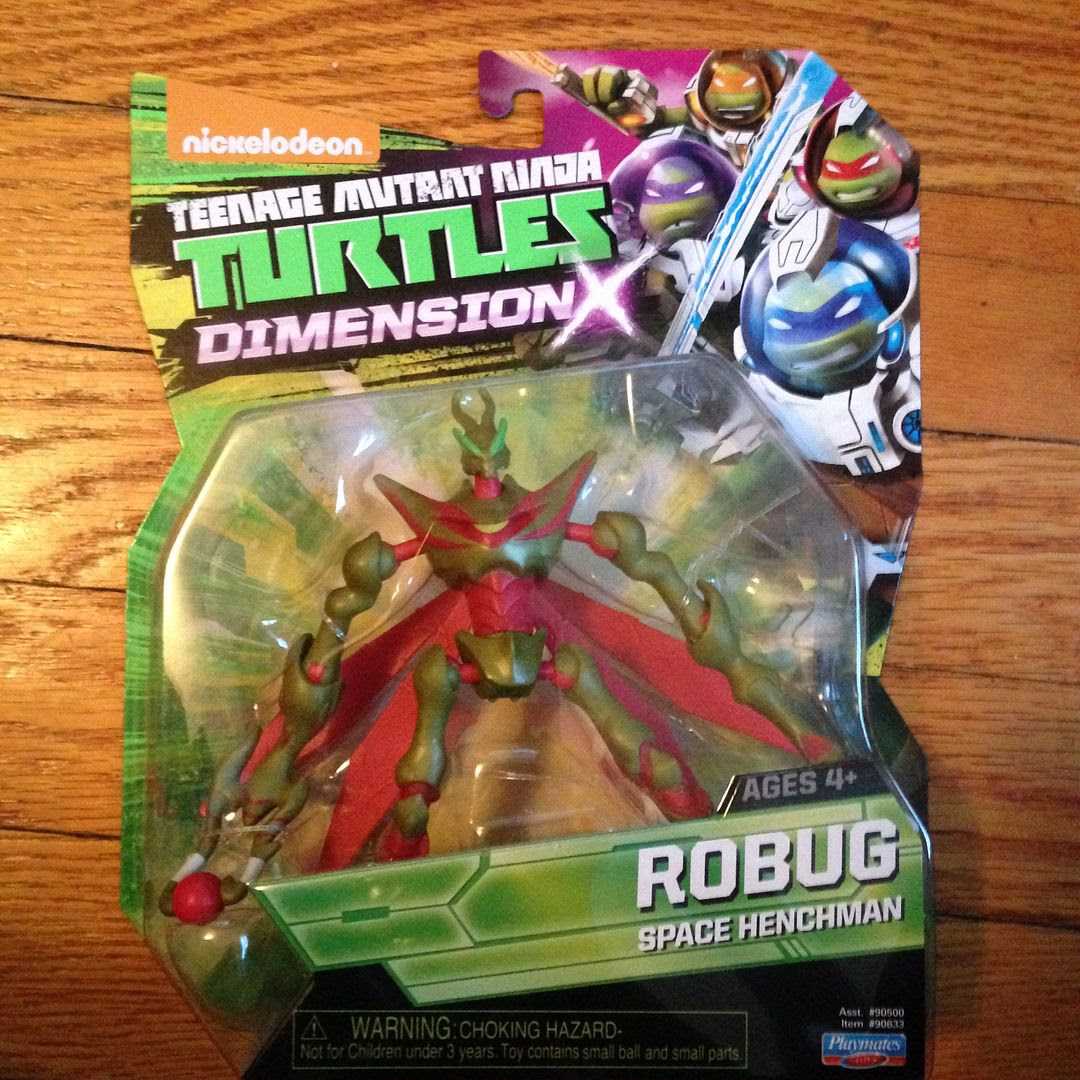 Robug is actually kind of cool because he's a cross between a robot and a bug, I'm assuming.   I don't really know a lot about the Robug actually.   I just like to think of him as being to Lord Dregg what a Foot Soldier is to Shredder.    So he's kind of like a space foot soldier, if you can imagine such a thing.

Still, I like this figure because of the detail on it.   I always feel like there is something wrong with the toys in the TMNT12 line and a lot of the time it can be fairly obvious (See: Mystic Mikey's unpainted teeth), but Robug seems to have great detail and painted as much as he should be.   I don't know why I just like the look of him.

He also has these four wings on his back which can be moved around so that they either all form a straight line, one on top of the other, or they can spread out in various ways.   They are definitely a lot easier to move around than some of the other TMNT12 toys with wings.   Stockman Fly and Lord Dregg himself come to mind.

I'm fairly certain that was a Lord Dregg before this TMNT animated series and so he must have had some Robugs with him, right?  I just don't know whether or not there was a figure released for them as well.   Either way, this is one of those cool kaiju looking things that I'd buy even if I had no interest in this line at all. 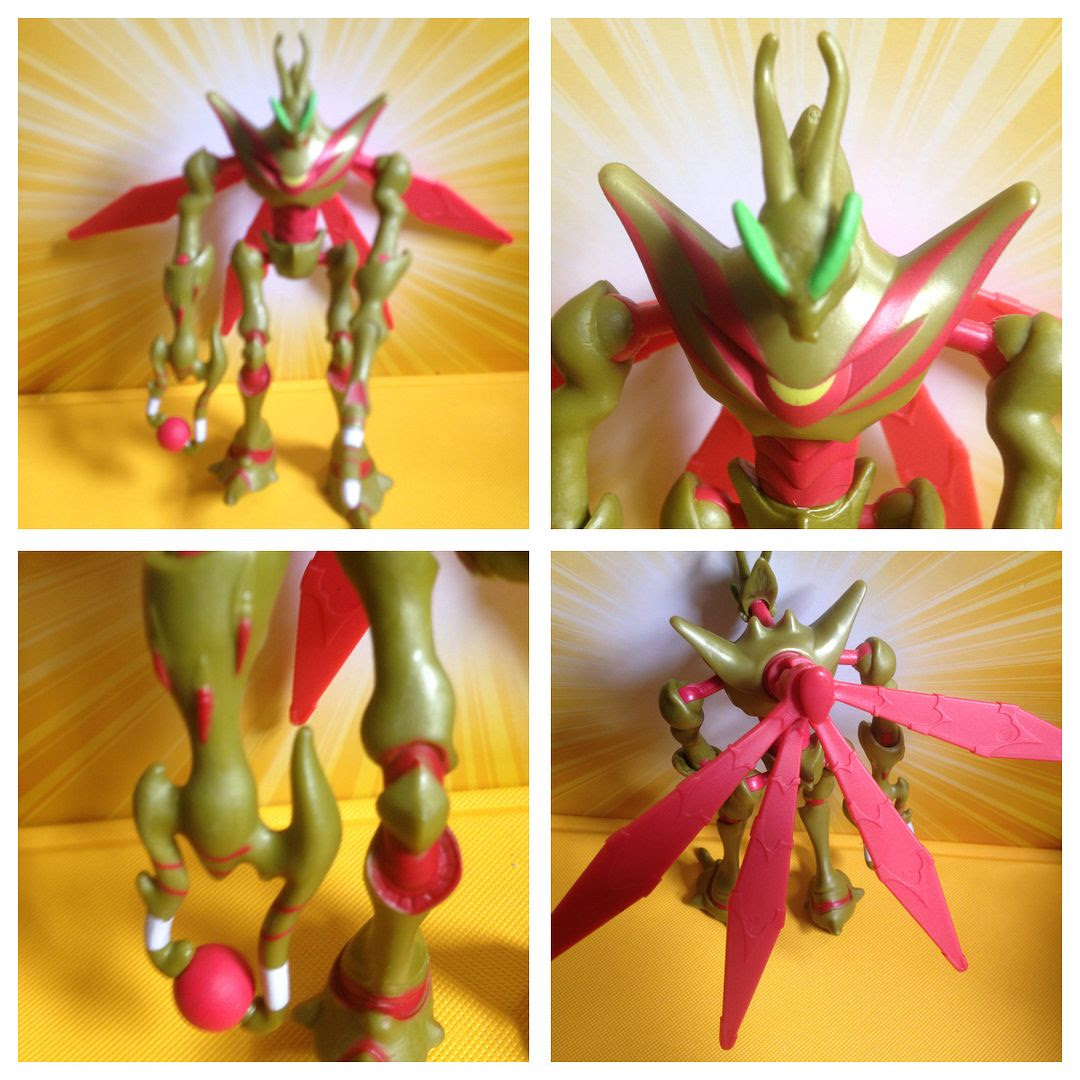