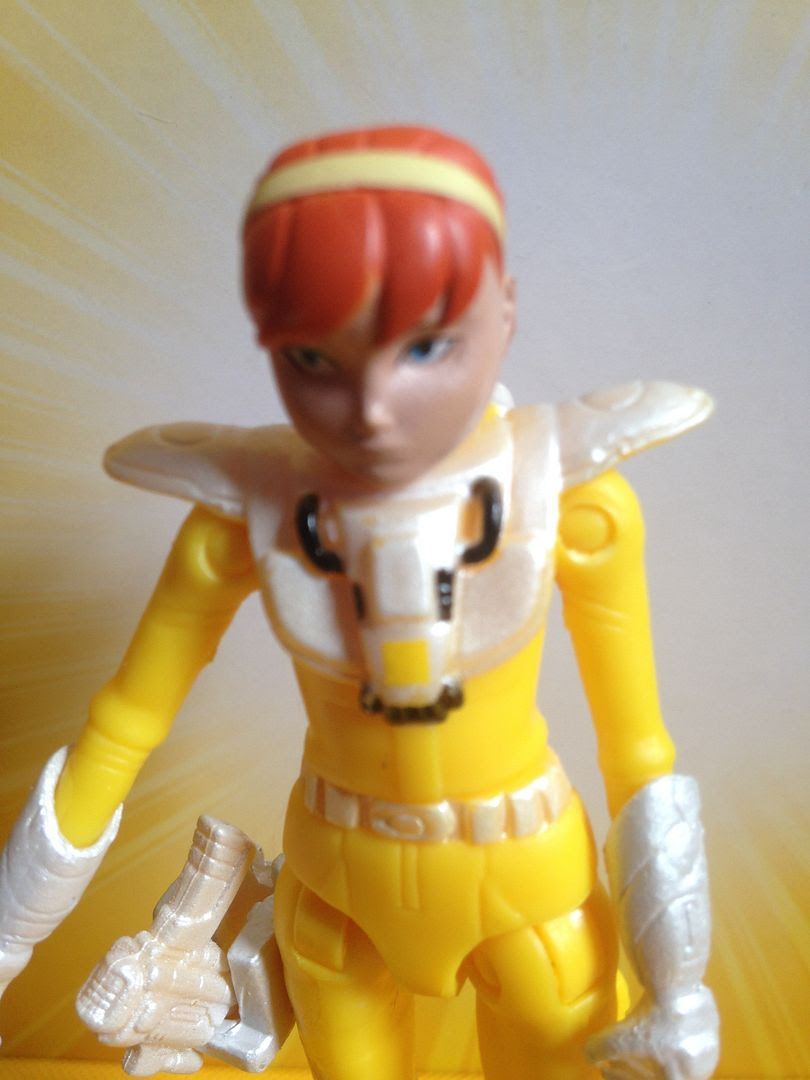 Of the three new figures I've found for TMNT12 in 2016, April O'Neil has to be my favorite.  Okay, I will admit that her face looks a little bit more like April Derp than April O'Neil but the rest of this action figure is just fantastic.    If you are one of those people who believe that girls have to play with girl toys and boys have to play with boy toys (Wait...) then just know that if you have a daughter she too can partake in the world of TMNT12 simply by owning this action figure and taking on the bad guys.

While I realize the yellow is a throwback to the original April O'Neil figure from TMNT87 it also reminds me of The Bride character from Kill Bill.   She has a gun with holster and her helmet comes off, sure.   But I think what I like most about this April O'Neil figure is that she looks like a character out of a 1970's or 1980's sci-fi movie.  "Barbarella" comes to mind but I know that isn't right, so I almost want to think of it as that movie crossed with "Logan's Run" for some reason.

If you've been watching TMNT12 and are in the fourth season with Quentin and I, then you will know that April O'Neil plays a much more important role in this new series than perhaps she has ever played before.   She has these sort of psychic powers and it just feels like any time the Turtles get into trouble she's there to bail them out when I'm so used to it being the other way around.

From someone who seemingly needed saving every day to a hero in her own right now, this is not the same April O'Neil that I grew up with but I do kind of like her a lot more this way.    I know Quentin also enjoys her more now as a character now as she seems like she's part of the team as opposed to just a background character and the human among the mutants. 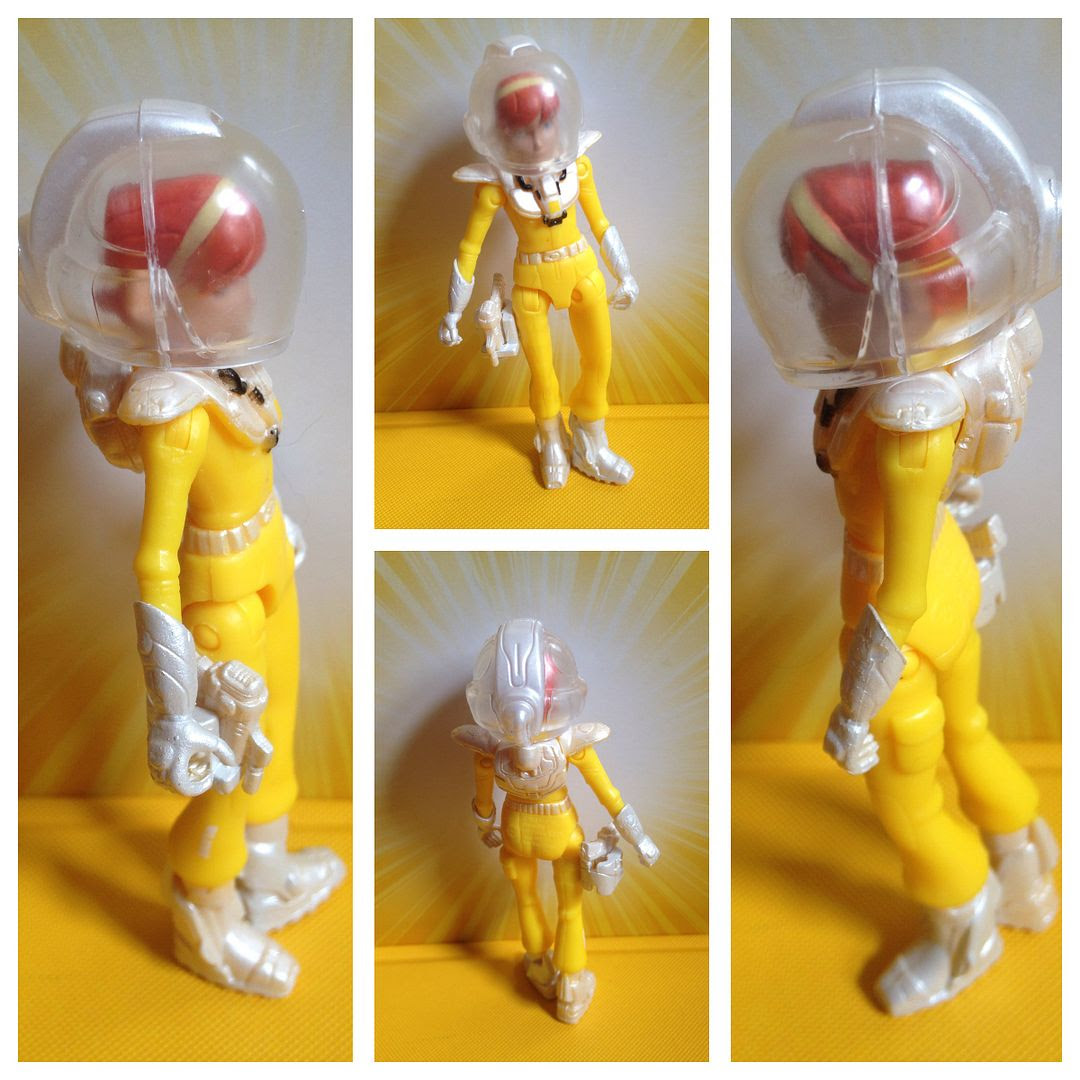 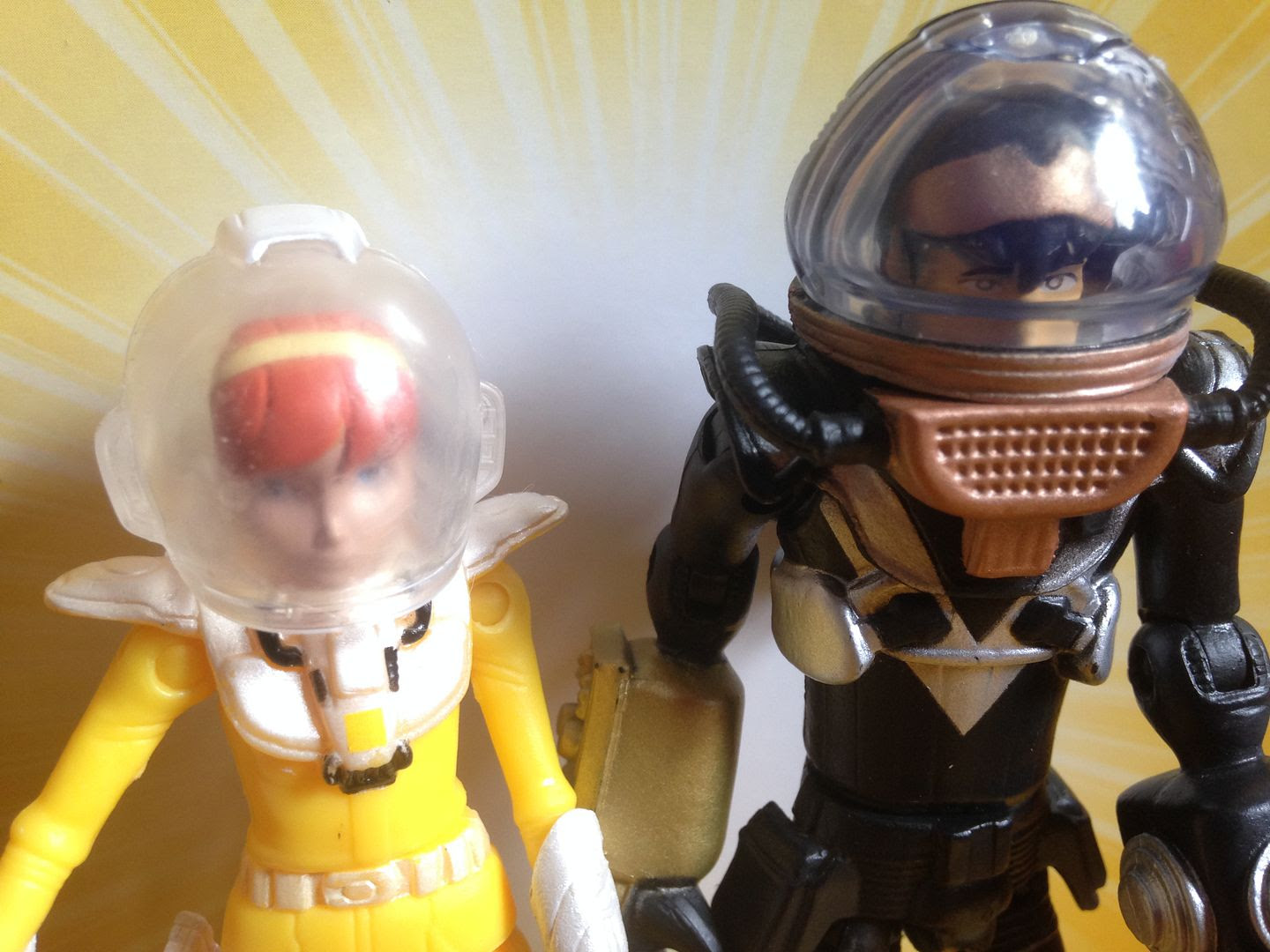