Even though Mozar isn't the first Triceraton we meet in TMNT12 he's one of the coolest ones.   I mean, I'd buy any of the different Triceraton action figures Playmates wanted to make but I love this Mozar.   So one day we were at Walmart and they had a sign up about exclusive TMNT action figures or something and I didn't really read it but just remember seeing Mozar on it.   So when we got home I looked him up and he was available on the Walmart website so I ordered him with the store pick up option, thinking he'd be so hard to find.   A few weeks later we were at a different Walmart where we found Lord Dregg and they had a full peg of Mozars.

But apparently the story goes that Mozar and Dregg were only available at Walmart at the end of 2015- for a few months- and then were released to mass retail in 2016 which makes sense because there is no "Walmart Exclusive" tag on here and now I've seen them popping up in stores other than Walmart.   But, I mean, who doesn't want a space dinosaur to play with their Ninja Turtles?   Plus, he has something to do with Dimension X so why not add him to the collection since I knew we'd be getting that Dimension X box set (which is what I like to call the Metal Mutants)

Mozar was available as an action figure when I was a kid but I don't remember having him.   Then again, I just found an old school figure of Genghis Frog the other day that I must have picked up from Savers within the last year and I didn't remember having that either.   So there's that.    Still, the Triceraton are a race of alien dinosaurs and I feel like the more of them that Playmates wants to release the better.   Plus I need to brush up on my TMNT12 Season 4 by rewatching the episodes again since I feel like I wasn't paying as much attention as I should have the first time around. 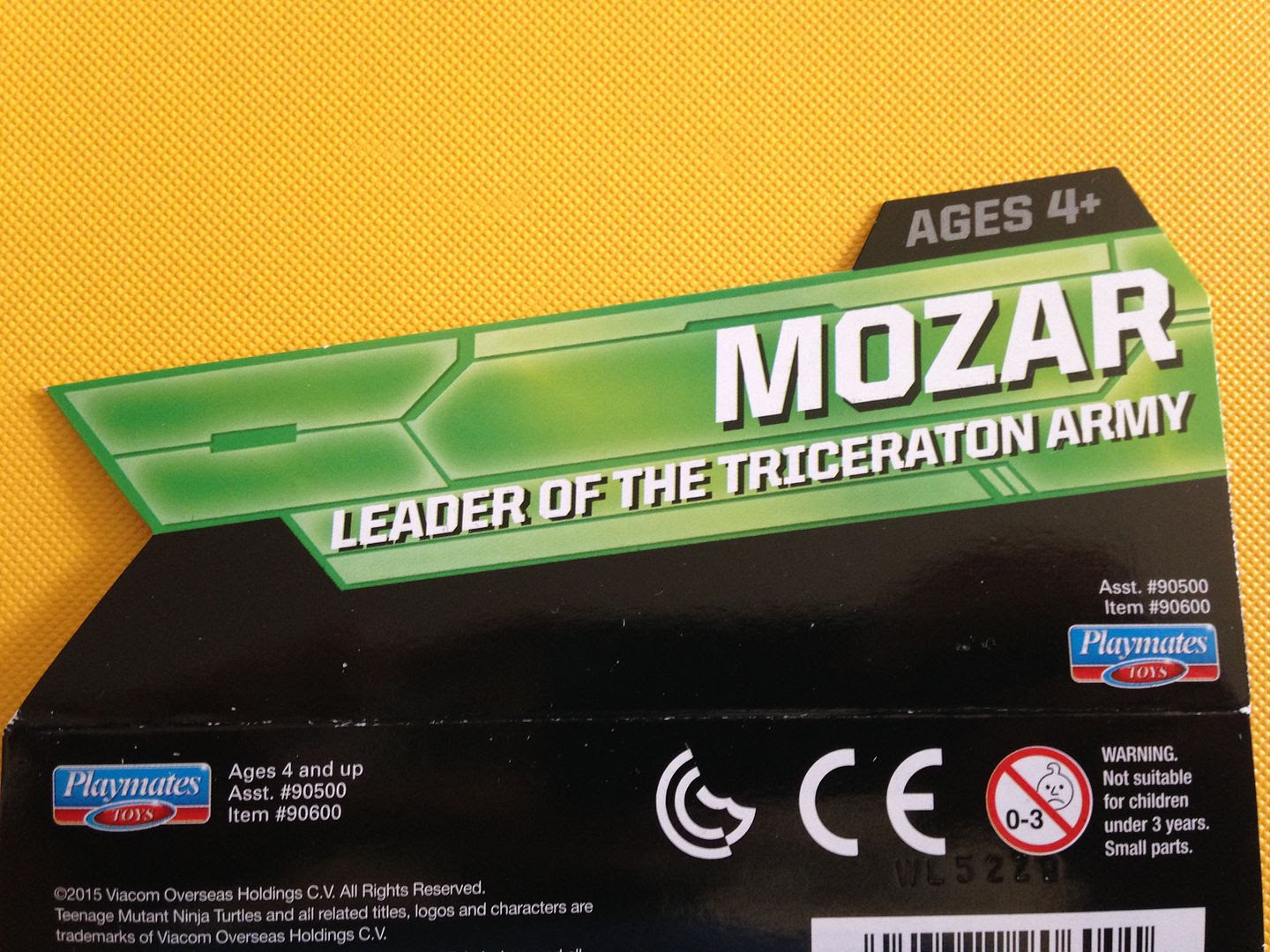 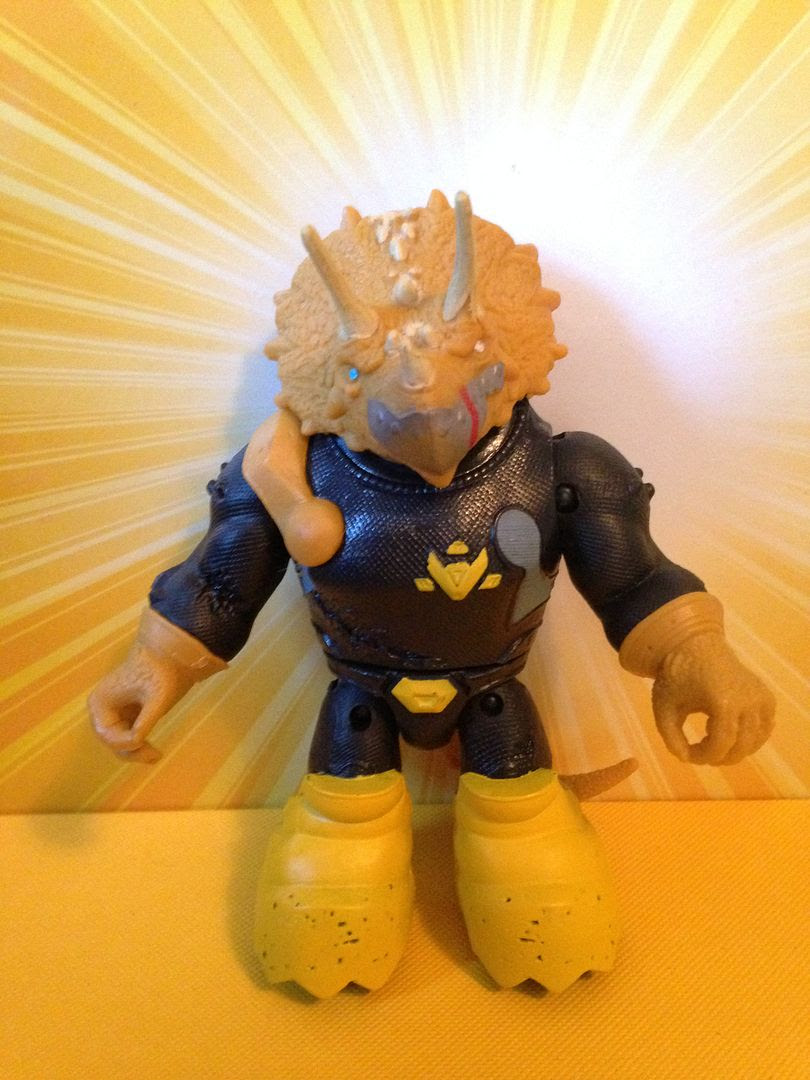 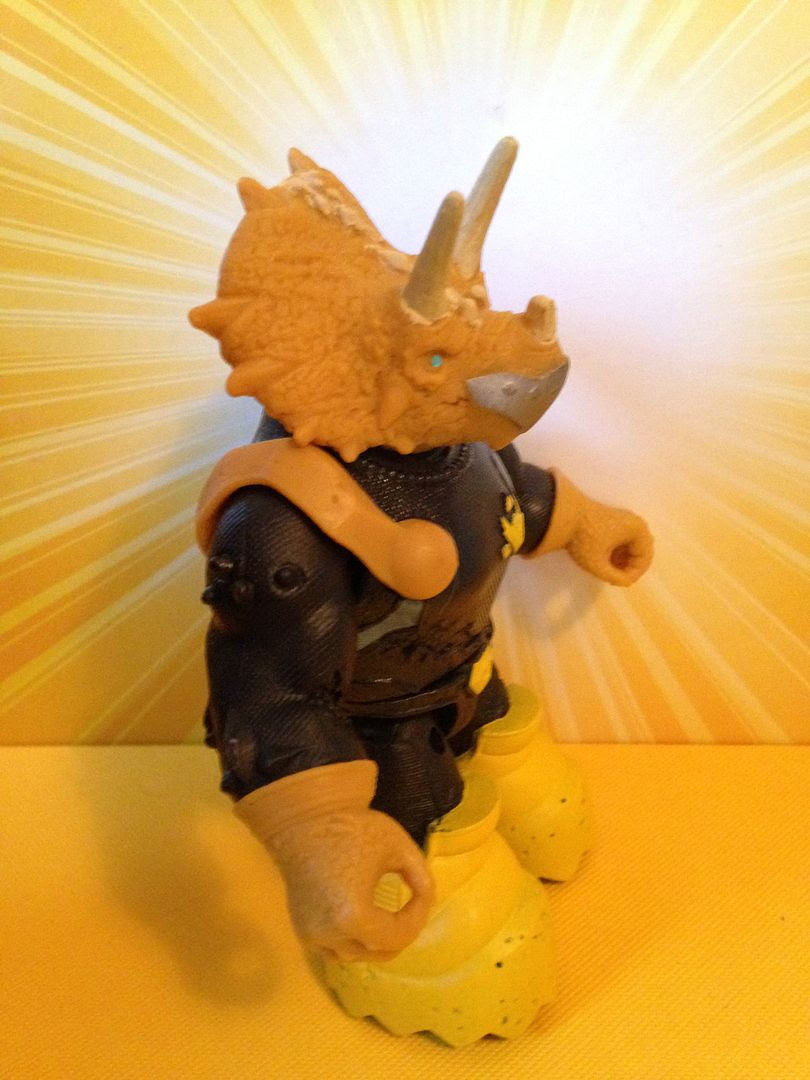 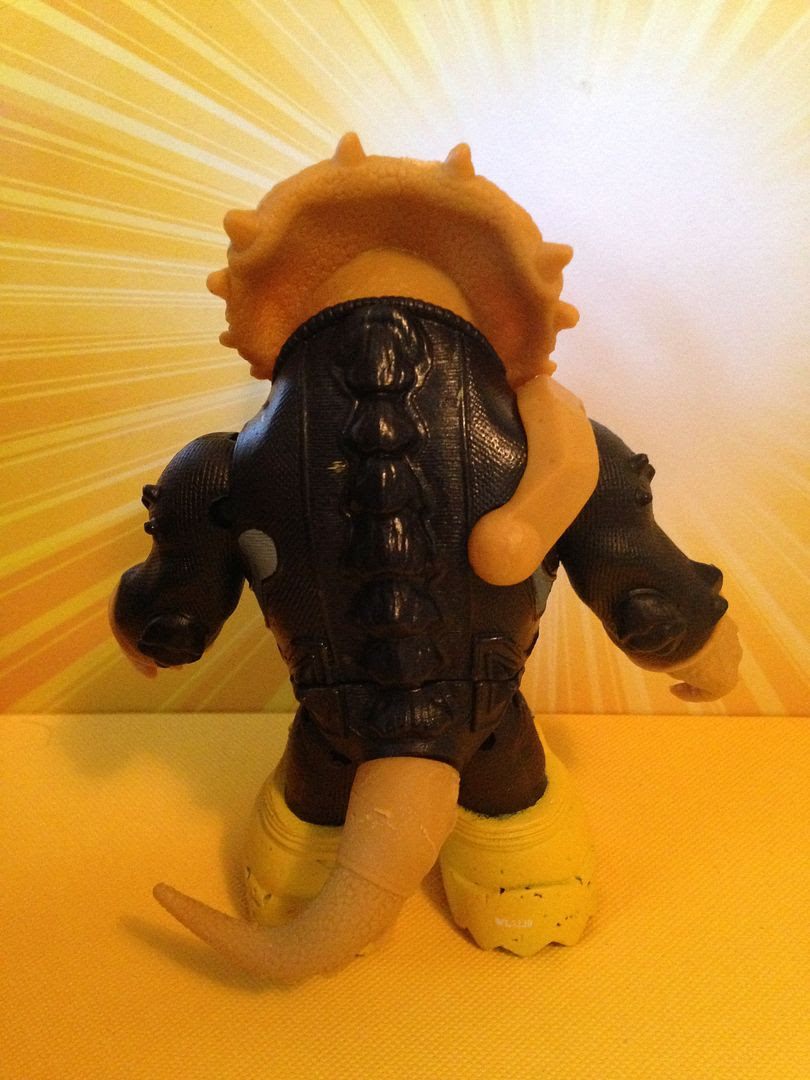 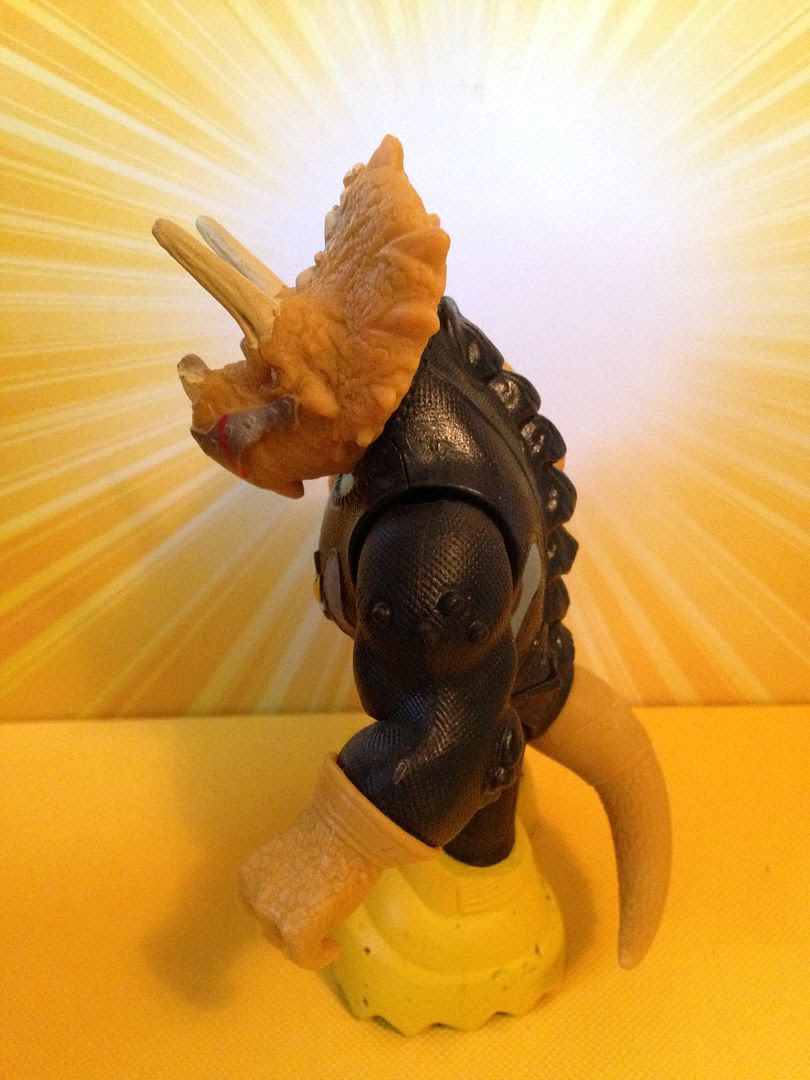 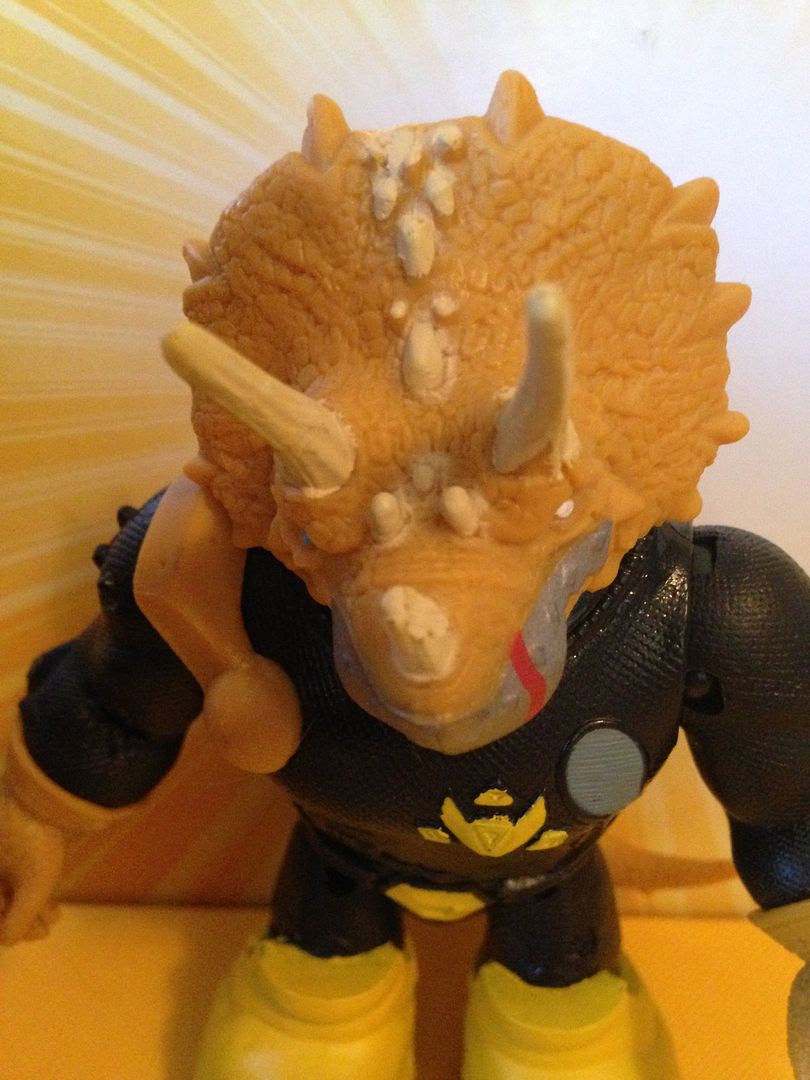 Posted by Joshua Macala at 5:25 AM