This toy is really more of a reminder of how things can change and how children grow more than anything else.   Well, I do like Rocket Raccoon and so the fact that he has sound and light up features here with movement makes this a pretty cool toy just in general, but you have to understand how long this has been in stores now.    When "Guardians of the Galaxy" first came out as a movie in theaters, this hit stores along with the Star-Lord figure I previously reviewed.

Now what was funny between this and the Star-Lord figure is that Quentin *loved* the Star-Lord toy because he'd press the button and dance around the toy aisle at Target.   But when you pressed the button on Rocket Raccoon he got scared.   He'd hide behind me or whoever was around because of how scared he was.    And then the movie eventually came out on DVD, we watched it, bought the Blu-Ray and it is now Quentin's favorite movie so obviously he is no longer afraid of this Rocket Raccoon toy which, yes, is still in stores.

Well, it is at least still at Walmart and Kmart and when we found this on Kmart the sticker price was not reduced by that much but the sign said it was a certain percent off additionally, which I think was like 70% but some stuff was coming up at like 90% off and, well, I'm not going to say how much we paid for this but it was less than $10 and that's fine by me.   I knew we'd eventually get it because of Quentin's love of GotG (and mine as well) and having this is just one of those things which is a great reminder of Quentin growing up as well. 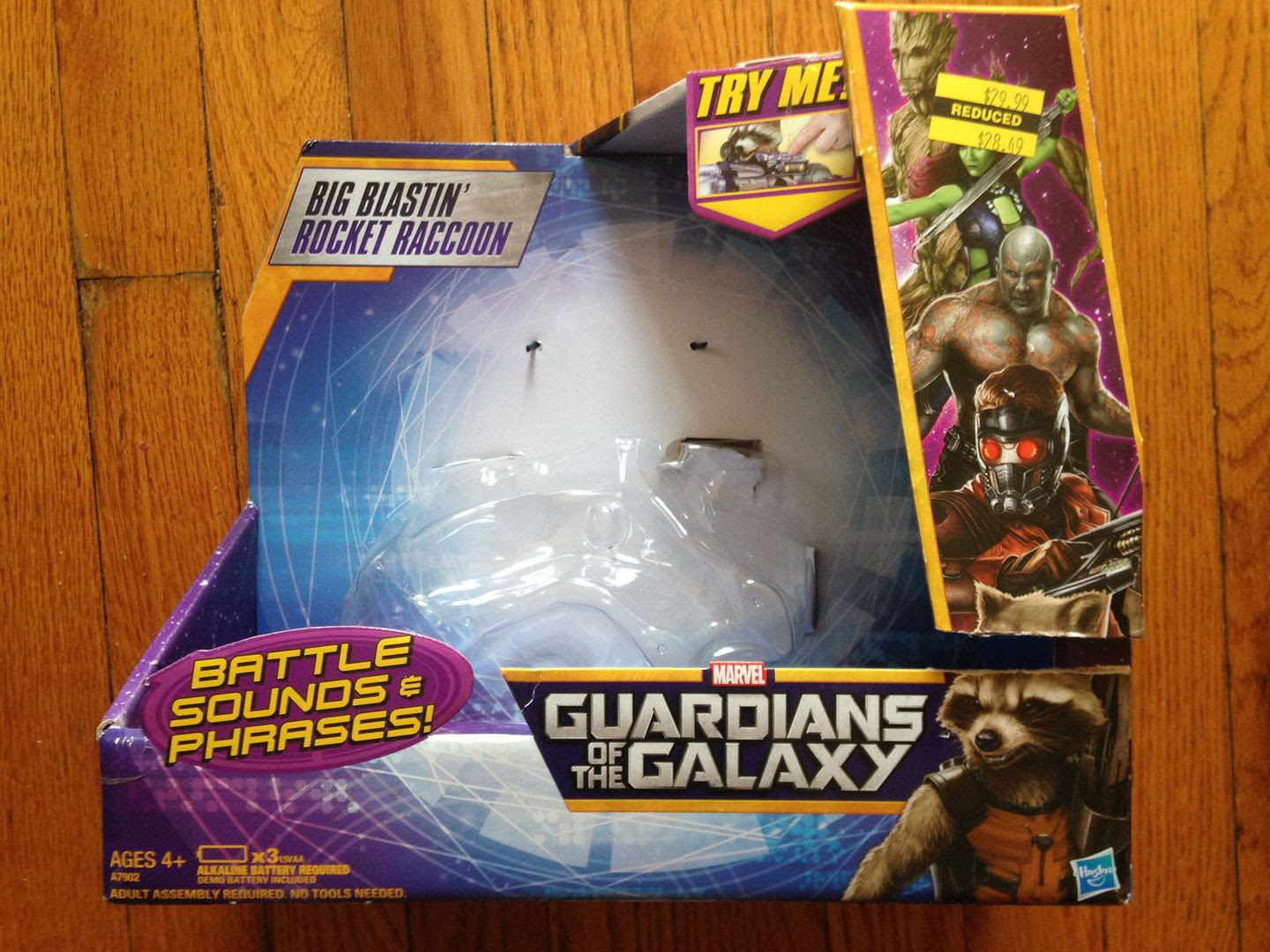 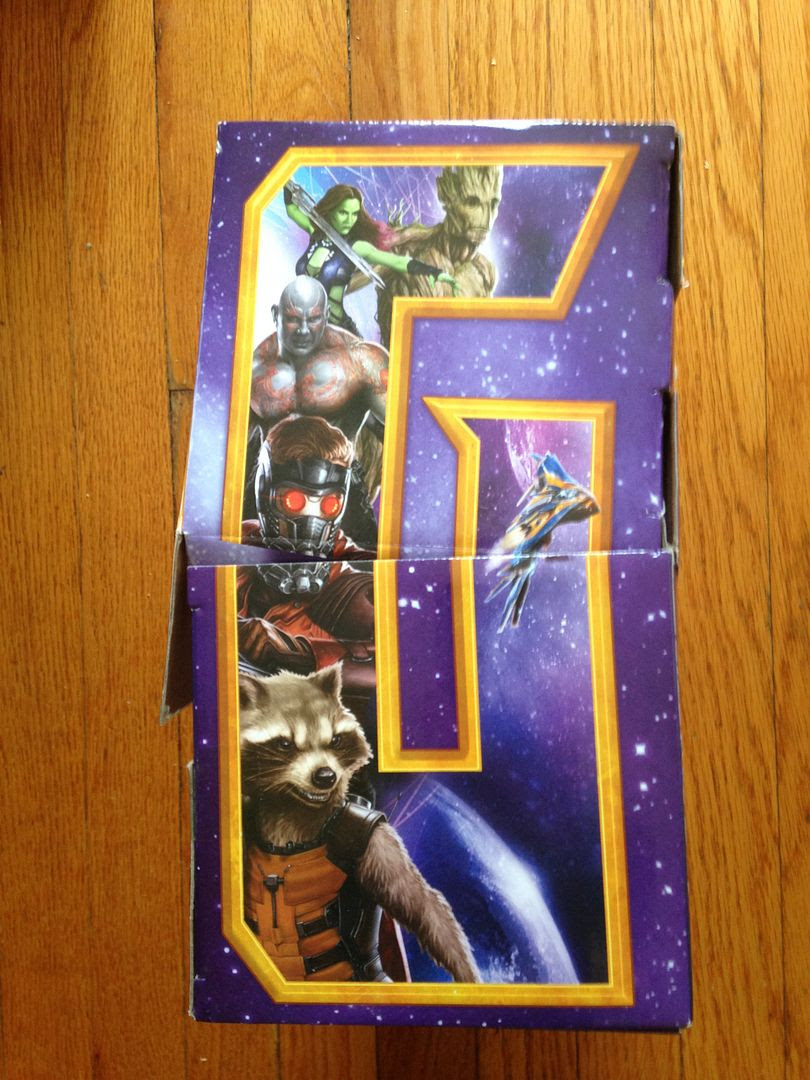 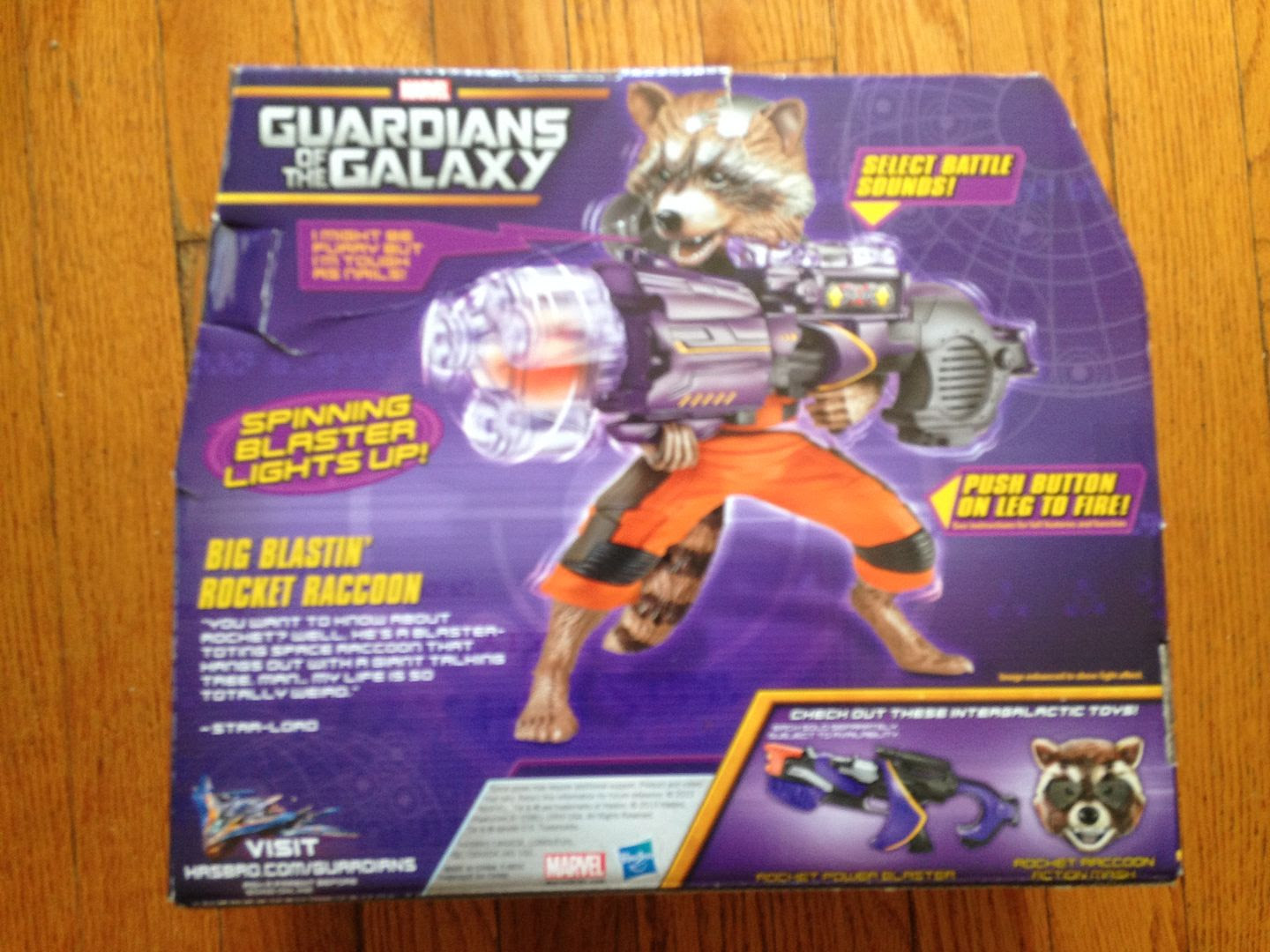 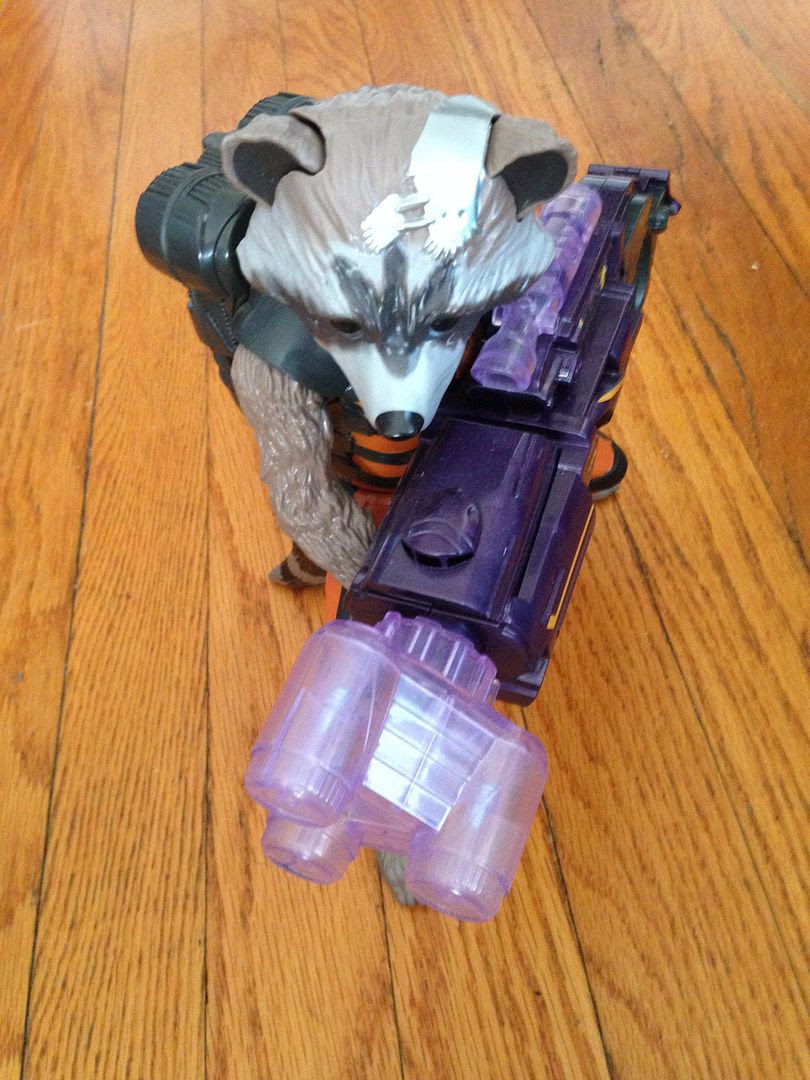 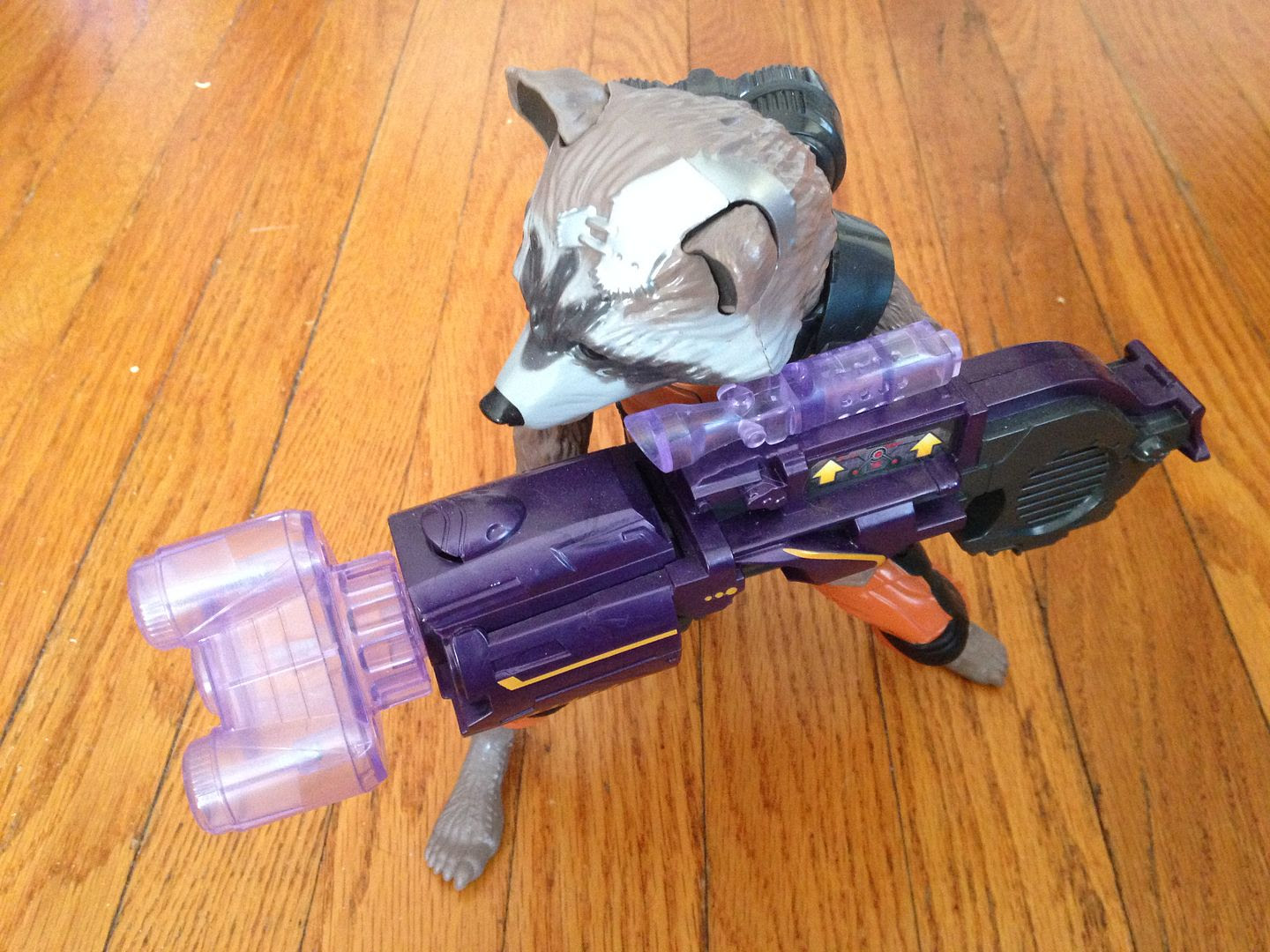 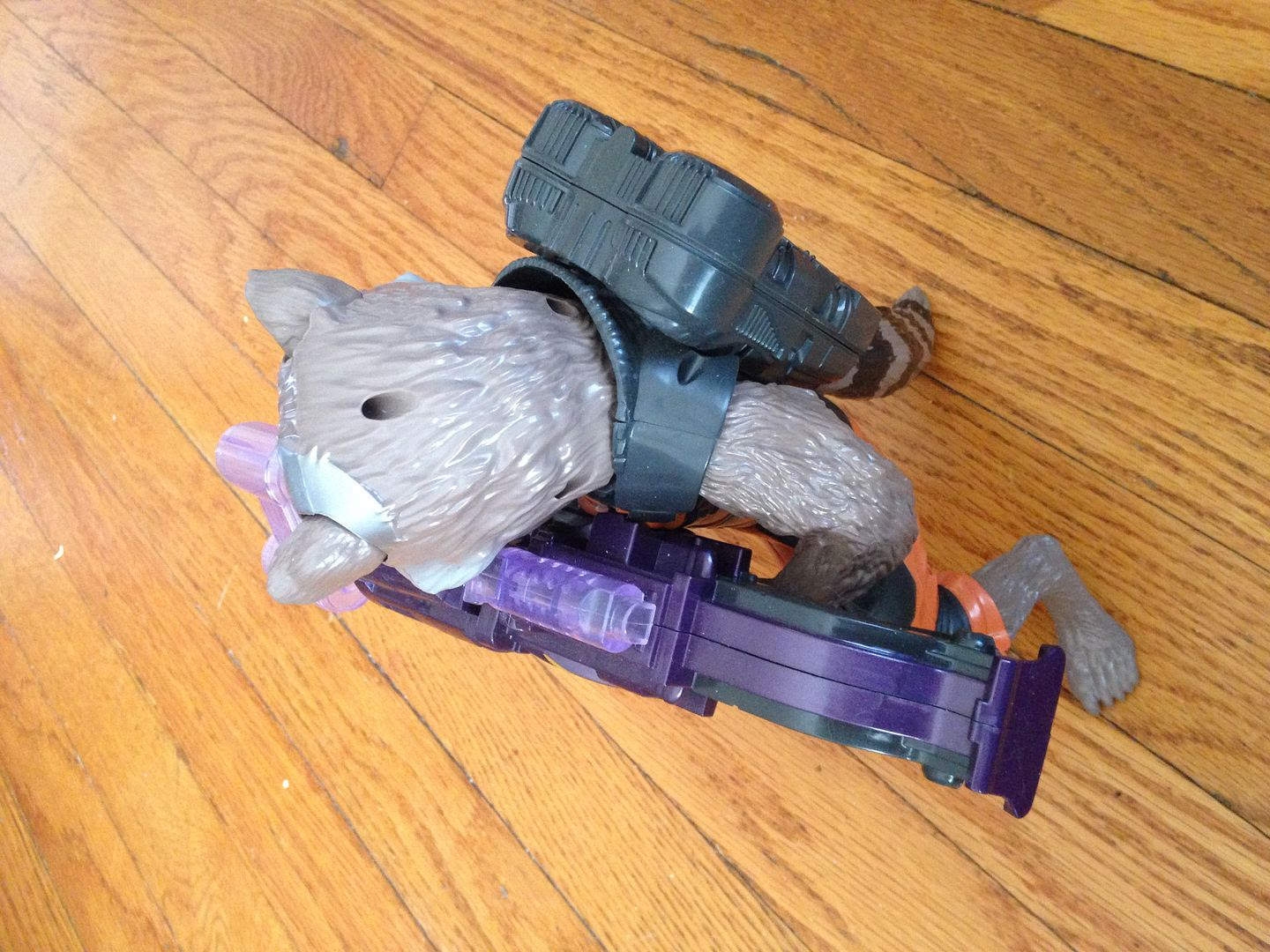 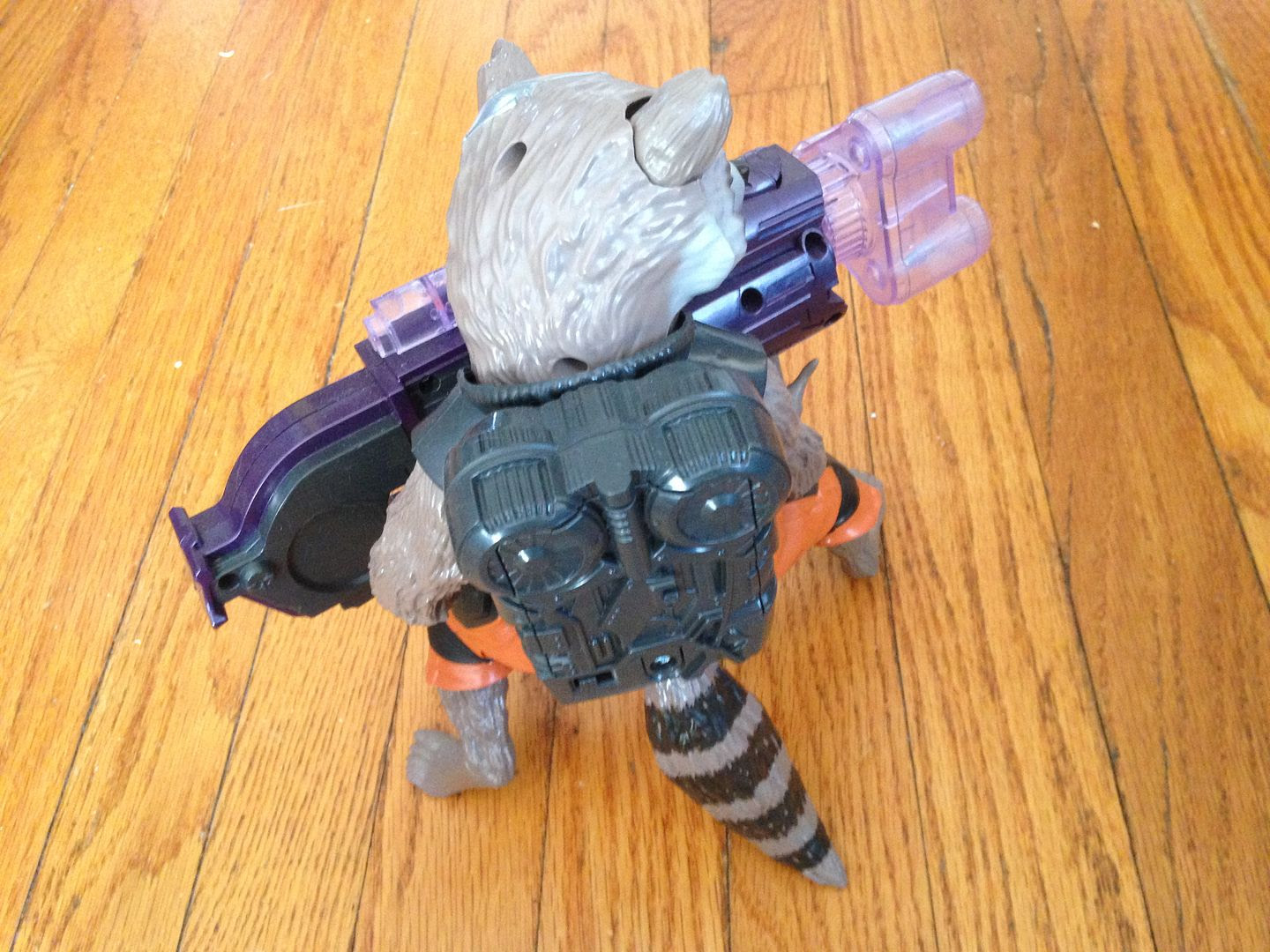 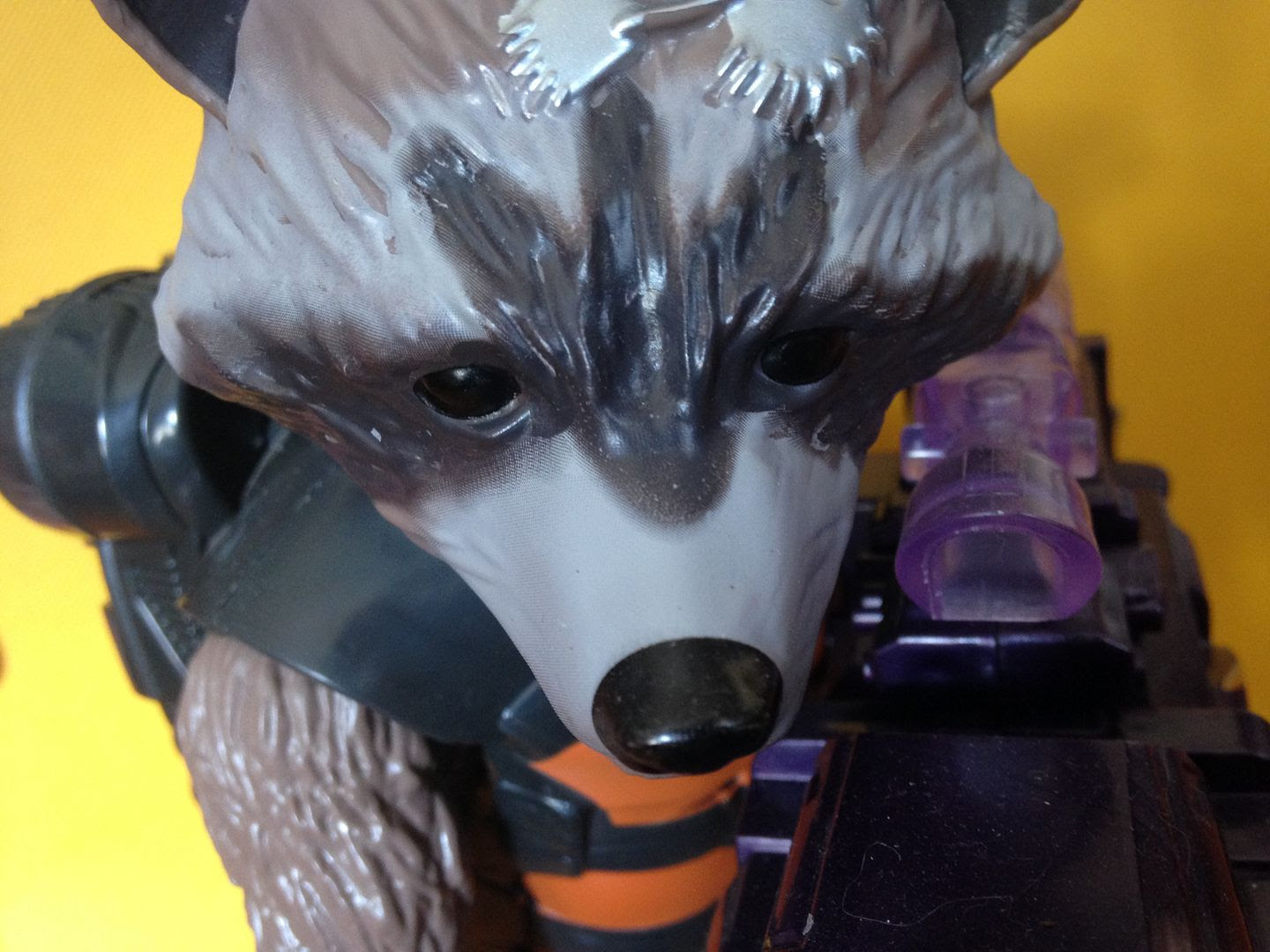