After the New Year, while browsing around Target's clearance section, we first saw this set of Minions (originally priced at $50) marked down to half price, $24.99.  I still thought that was a bit much but I did like them when I first saw them in stores and kind of considered it for a little bit before moving on.    A week or so later, back at the same Target, we found the set marked down to $14.99.   The Star Wars Mashers boxed set was also marked down from $50 to $15 so I just thought, wow, this is a crazy savings but I feel like I need to take part of it.    If you do the math on it all, originally the figures would have been $12.50 each.   With this discount they fall down to an amazing $3.75 each.   That's like Five Below prices right there.  If I saw these figures single carded and they were originally $12.99 and then marked down to $3.99 I'd be buying them for sure, so this boxed set just made sense for the price.

Of the four Minions included their eyes all move but only two of them have eyes which can both open and shut, which is also a feature you can access with a ball on the back of the figure.    Their arms and legs move but I'm still not quite sure what the exact purpose of them is.    Then again, what would you really do with Minions toys anyway, as a kid who wants to play with them?   It's an interesting question and so, yeah, I do think this was designed more for adults to perhaps put on their desk at work or computer table at home.

For me, I'm going to be putting them on a shelf with other toys because they look cool and were not expensive.    The only other Minions toys we really have are from Happy Meals and then we also got three different Pop Vinyls on sale for $4.50 each, so most likely these will be on a shelf with the Pop VInyls, but hey, I love these Twinkie-looking guys so, you know, I'm also rather pleased with this purchase even if these Minions are more for display (and moving the eyes to creep out the cats) than for play for Quentin. 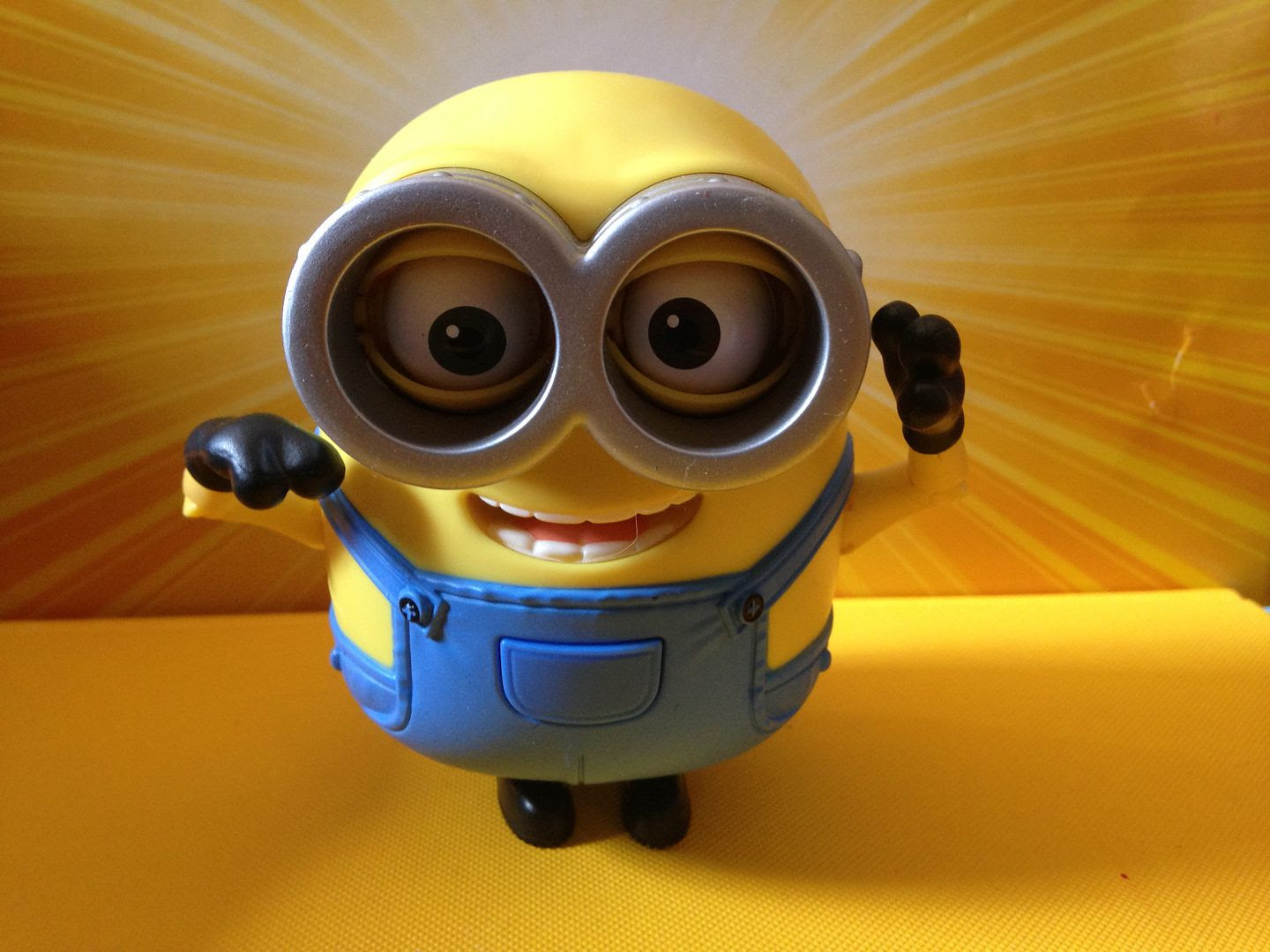 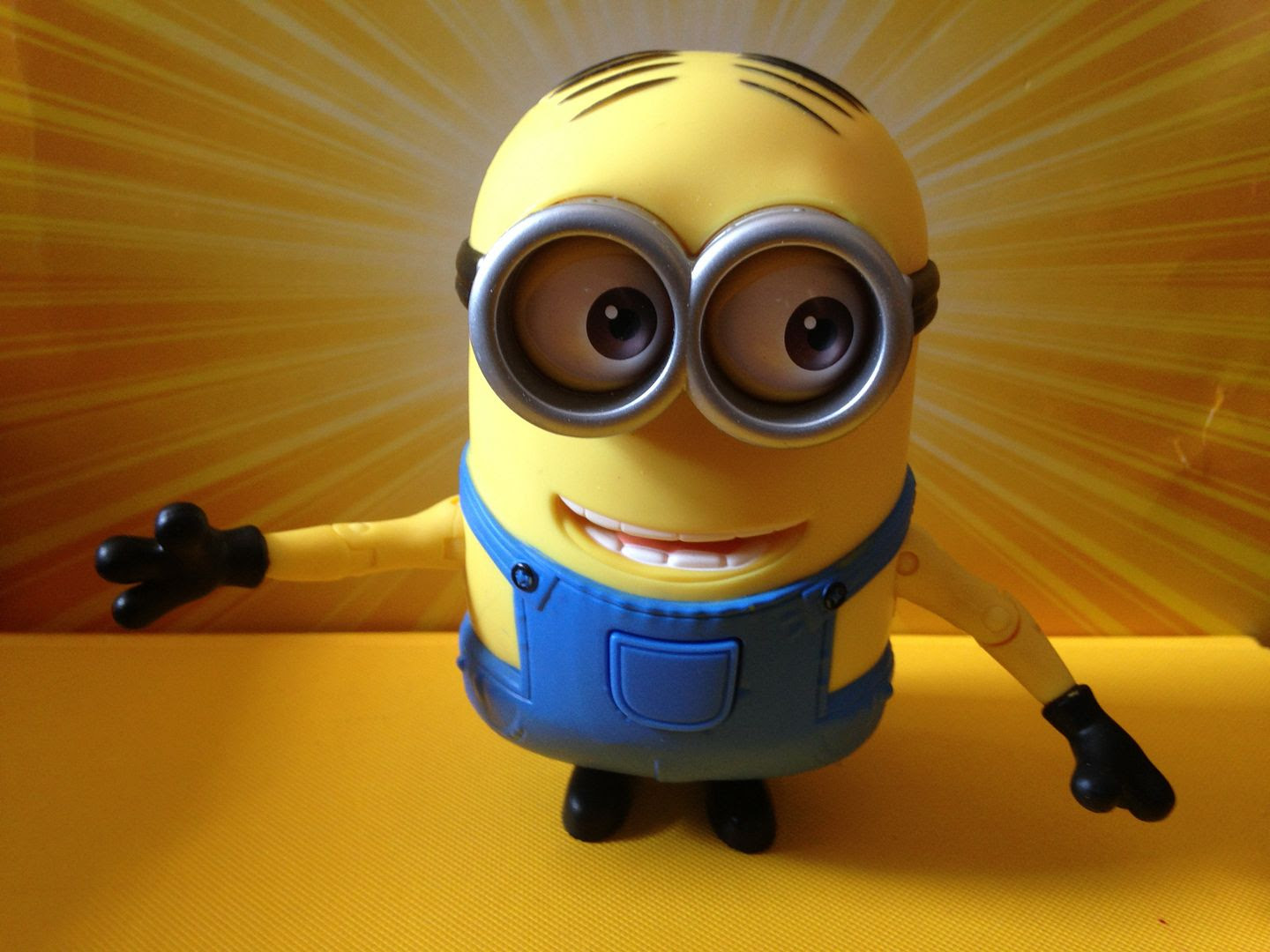 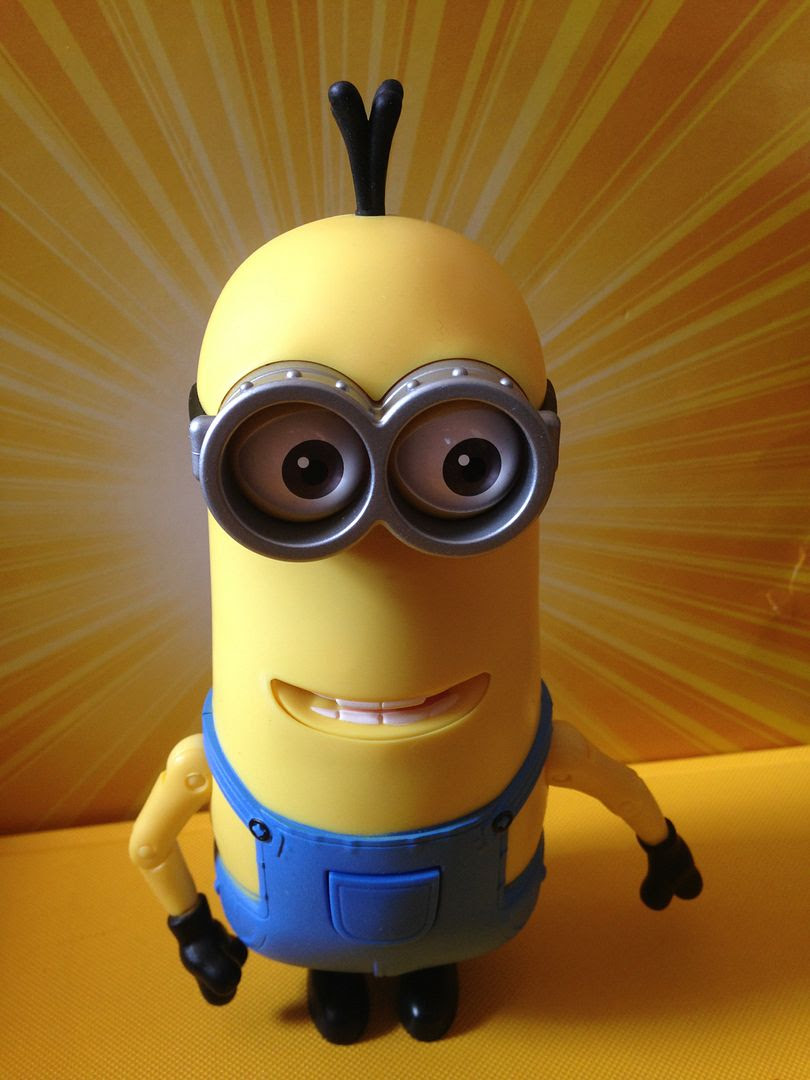 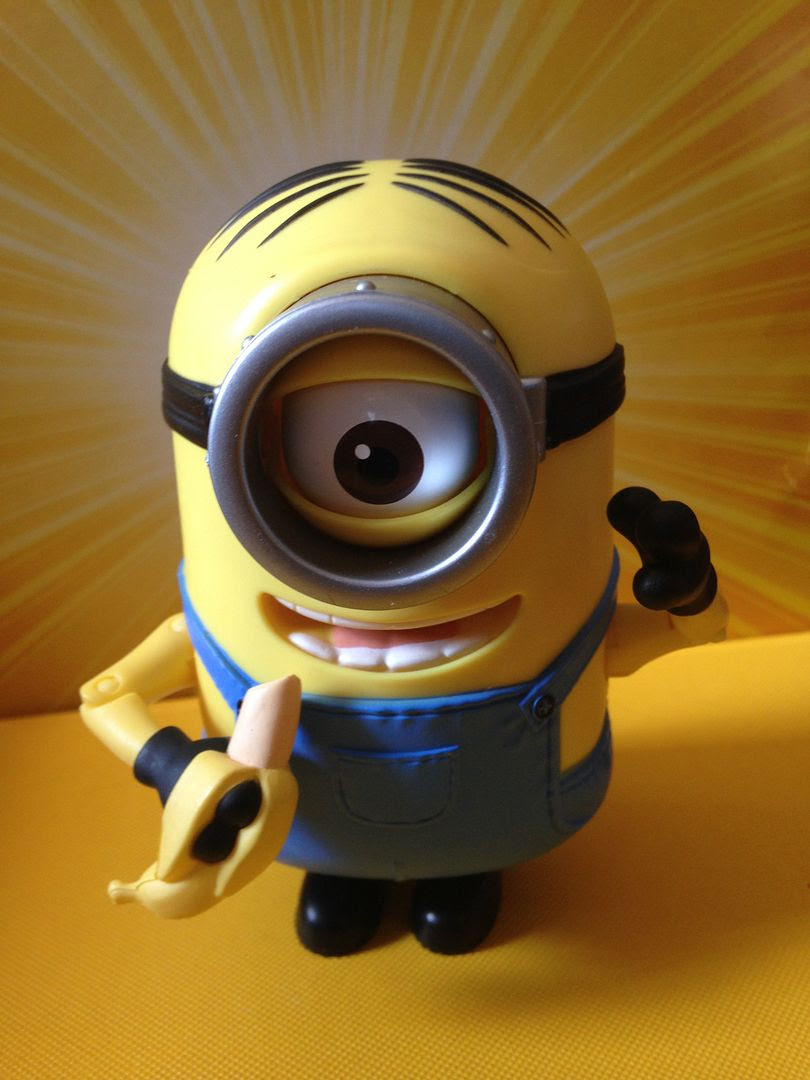 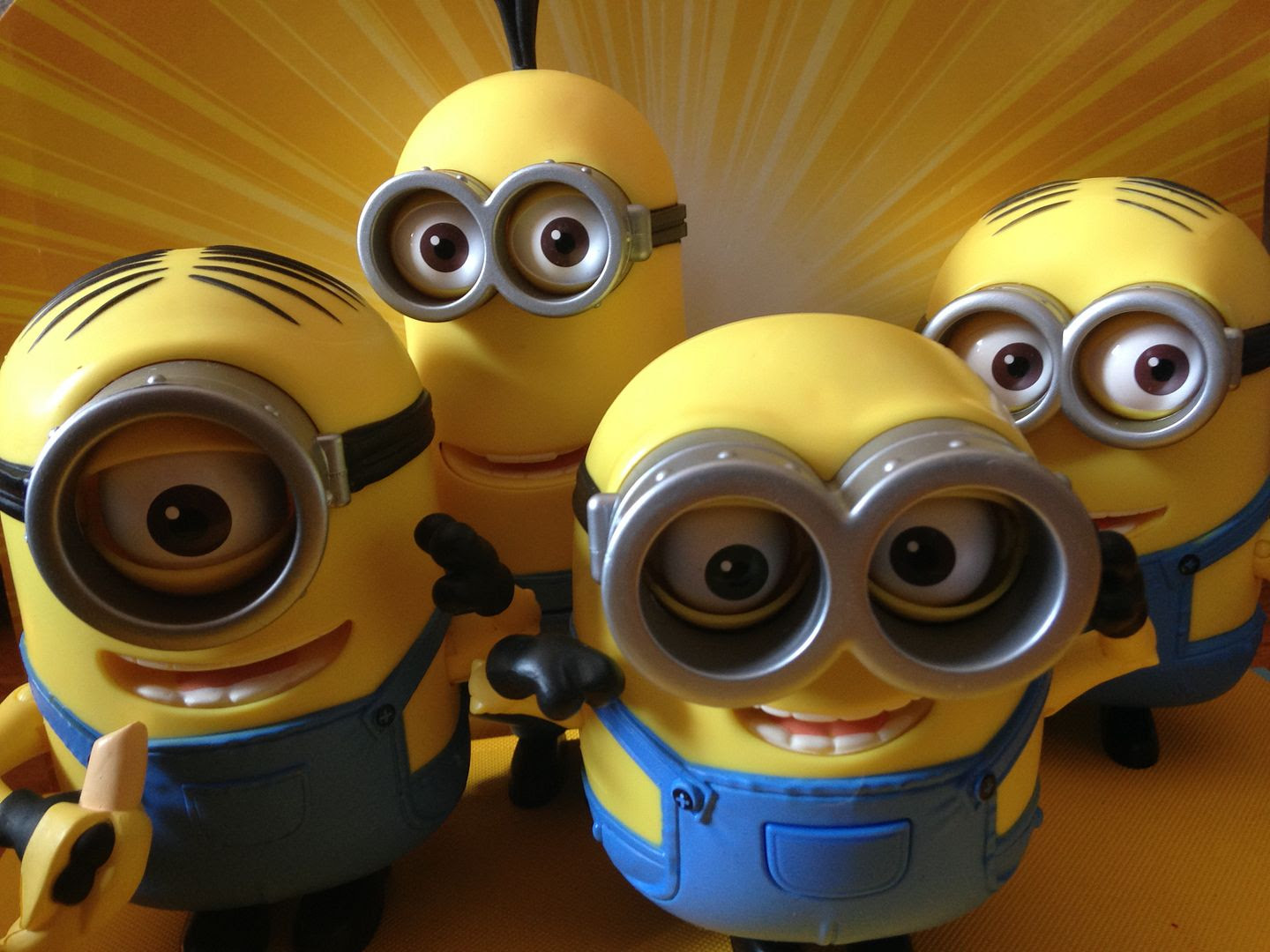