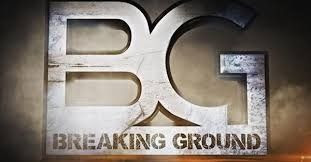 This show is the best thing to happen to The WWE Network (I watch NXT on Hulu).  It is the exact type of show that should be on The Network because it gives us a further look into the lives of potential WWE superstars and the developmental system.    I was already a fan of Bayley, Carmella, Enzo Amore and Big Cass but this show just made me love them that much more.    What is happening with this show is truly special and unique-- something of its kind has never been seen or done before-- and I do believe that in the end it will pay off tenfold.

Think back to when you first started watching professional wrestling.  I grew up in the time when Bret Hart was still in a tag team with Jim Neidhart and known as The Hart Foundation, but we don't even need to go back that far.   Just think about the time when John Cena debuted in WWE.   Cena was with Brock Lesnar, Randy Orton, Batista and others in OVW.  But they had no show like this.   No one has ever had a show like this before.   But let's pretend that they did.

Imagine if you could have followed John Cena from his time training and working on his promo skills to the time when he was regularly having matches in OVW.   It would make that call up to the main roster mean that much more.   In "Breaking Ground", we did see Tyler Breeze tell his story and put in the effort to get his eventual call up.   We also saw new dimensions for characters such as Chad Gable and Jason Jordan.   (And, no, this show still did not make me a fan of Dana Brooke- no matter how much she cried)   I actually went to Kmart and found Catapults there- and they were on sale- so since they were in my size I bought some because of Jason Jordan.

Feeling like you have this connection with a WWE superstar from the first time they step foot in a WWE ring is one of the most important aspects of character development in any form of professional wrestling.   If you can't connect with the fans, then why is anyone going to see you wrestle?   "Breaking Ground" provides new insight into future stars such as Apollo Crews and Baron Corbin.    It is the type of show which can build that following before day one and have it so that when someone comes to the main roster some of the viewers already know how much work they put in and how much it truly means.

Given that camera crews just seem to be following around what happens every day anyway, this doesn't feel like a very expensive show to produce.   The most money of it probably goes to William Shatner for narrating it.   Getting the new talent comfortable in front of the cameras is also important.   I don't think this show should ever end.   I think this show needs to exist to help create new talent and maybe if someone like Roman Reigns or Dolph Ziggler had it before they made it to the main roster they would be different characters than there are right now.