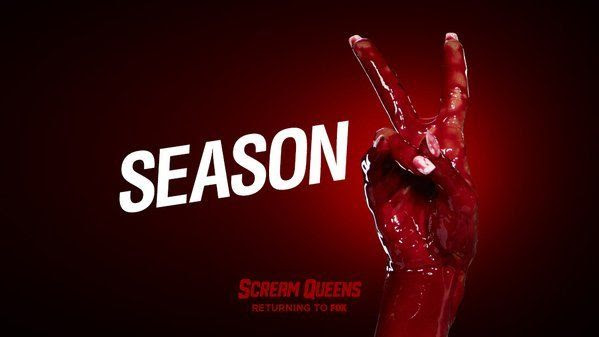 I have some time to let the last episodes of "Scream Queens" settle and have also been able to read the news that a second season is on the way.   Many of the issues which I addressed previously though are still at large but it's okay because I kind of want to see where things go from here.

The way the show was set up and built up until the final episodes it felt like anyone could have been the killer.   I feel like it was one of those scenarios where they shot a bunch of different final episodes with different people being the killer and then no one knew what one was actually going to air at the season finale spot.    But, yes, I am happy with the way this show ended and I am delighted for the horror cheese to return again.

My only question, of course, is where do they go from here with their main mystery being solved and everything seemingly wrapped up nice and neatly?   There are probably theories out there speculating about such things, but for once I am not going to be the one to speculate.   I am simply going to say that finding out what comes next will just be another mystery.    And if the first season has taught me anything it is that "Scream Queens" knows how to handle a mystery.