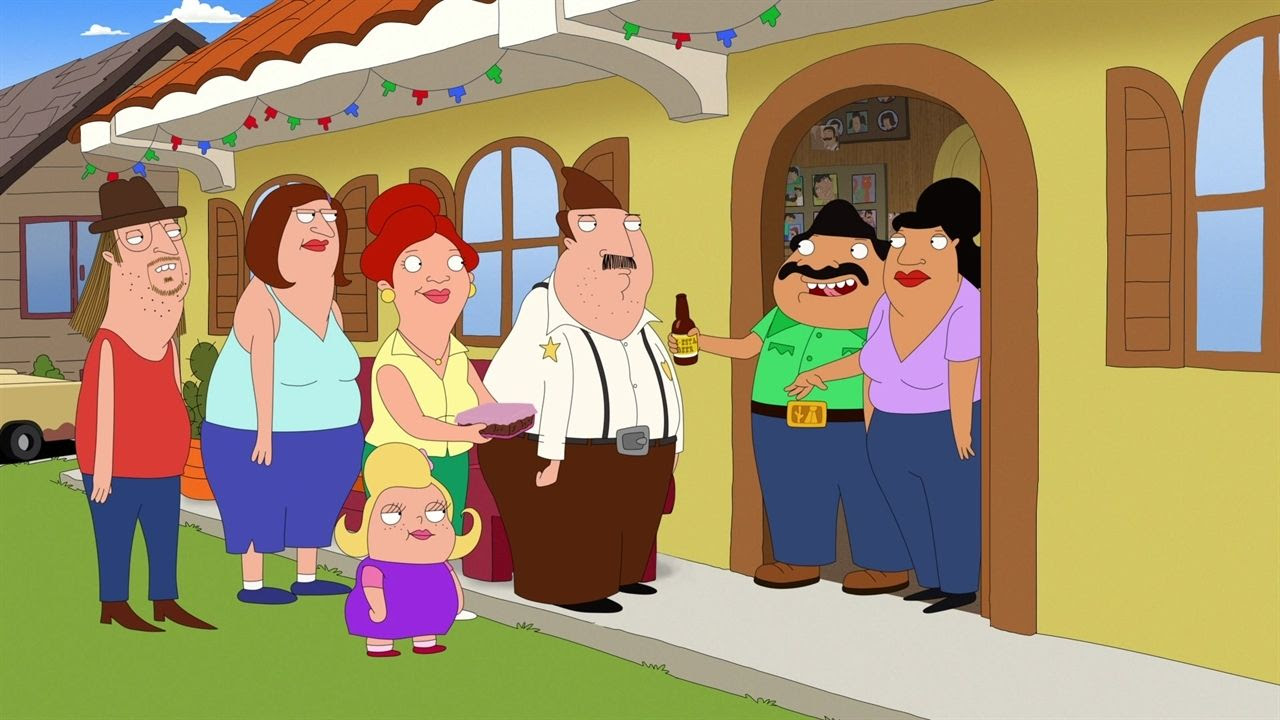 I kept seeing "Bordertown" on Hulu because they wanted me to watch it but I had no real idea of what it was.   Since it was animated I thought it might be a matter of time before I ended up watching it, but then I checked the Sunday night listings on Fox for some reason and saw it was part of that block.    That pretty much sealed it for me: I had to check it out.   I've had good luck with shows on Sundays on Fox, especially cartoons, and I remember at one point thinking that "Bob's Burgers" was from Mike Judge for some reason and so I do wish I had gotten into that sooner.

This story is somewhat cliche and I think people watching it might feel the same way but the problem is that there are still a lot of people in this world- in the United States even- who don't understand why this show is funny and why being racist is not okay.    "Bordertown" centers around a family with a father who works at border patrol and their Mexican neighbors.   A lot of the issues include deportation and building a wall, which is something you think might not need to be addressed but there are still people who feel this way.

The main character- Bud Buckwald- is voiced by Hank Azaria and so at times you can hear some of his other Simpsons characters coming through.  Judah Friedlander is the son and he doesn't have as many lines as you might think and Missi Pyle is the mom.   And just to remind you that Seth MacFarlane had his hand in this, the daughter Becky is voiced by Alex Borstein.

Now as soon as I saw the animated style of this show my first thought went to the short-lived Mtv animated series "3 South" (Which had a theme song by Flaming Lips and needs a proper DVD release)   Upon looking at iMDb, yes, Mark Hentemann is involved with this show and apparently he has also been busy with "Family Guy" related things of recent.    If you have a guy who is responsible for "3 South" on your "Family Guy" staff, I'd say letting him go off and kind of have his own show is a good idea.

There were only four episodes of "Bordertown" on Hulu as I type this- and those are all which have aired- but I went through them pretty quickly and that is a good sign that I enjoy this show so much.    Some of the jokes might seem obvious given the circumstances of the show, but the thing is, again, there are still people who think like Bud Buckwald and as long as people like him still exist in this country I feel like this show will be necessary.