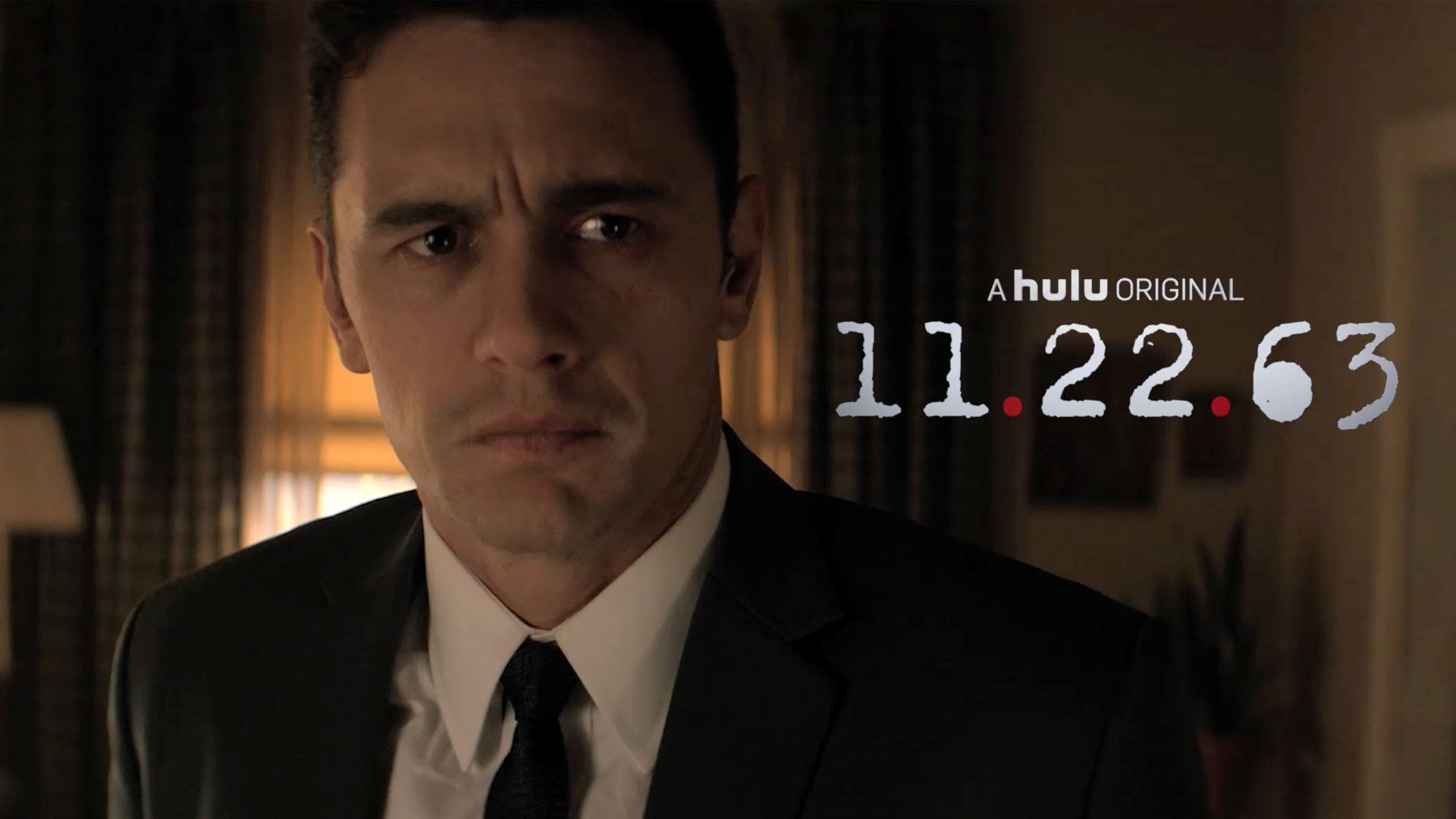 I kept seeing commercials for this on Hulu and between JJ Abrams, Stephen King and James Franco I decided that I should watch it.   The first episode is about eighty minutes and so it can be as long as some movies.   It begins with a character named Jake (played by Franco) who is friends with a diner owner (played by Chris Cooper) who has a sort of time portal in his back room.   Now the diner owner is dying from cancer and so he has to explain this all to Jake rather quickly so they stay up all night and throughout the episode they flashback to pieces of it.

So here's the deal: When you step through the portal the year is 1960 and it is a certain date and time I don't recall.   No matter when you step through the portal it will always take you to that same place and exact time.   If you leave the portal and then go back it resets anything you have previously done there.   I like to think of this as being the video game clause, where you don't have a save spot such as before memory cards were created.    Also, no matter how long you spend in the past it will only account for two minutes in the real world/present tense.

Confused yet?  It's not that confusing.   But then the old diner guy tells Jake he wants him to go back in time to stop the assassination of JFK and, well, it looks like Jake is going to do it.  I'm not sure how aging works in the time portal, but why wouldn't you- if you could go back to 1960- stay there until something else happens and then have an affect on that.   Maybe you could, I don't know, try and prevent Kurt Cobain from killing himself.   There are a lot of deaths which we could try and avoid, really.   Then you just come back, see how the world is and if you don't like it hit that reset button again.

The problem with going back is that the more you try and change the past the more it fights you.   When Jake tries to get too close, the house he is staying in burns down and his notes are gone with it.   He thinks it's the end of his journey but at the very beginning he had a student in his night class talking about how his father murdered his family and left him badly beaten and it changed his life forever.    So at the end of Part 1, Jake decides he's going to go prevent this thing from happening.

As much as this is a mystery of sorts, I really like just seeing it as well because it's a time piece and I also like to think about what would happen if I could go back there.   Oh, and yes, Jake does get into the gambling, which proves to cause more trouble than not, but as per "Back to Future" I feel like anyone who goes into the past is going to place some bets in order to make some quick cash.    But hey, if I was Jake and this was my movie, I'd stick around until the late 1960's and into the 1970's.   You know, like 1969... Go to Woodstock.   Then in the 1970's get into the punk rock scene.    That'd be a great way to brush up on my music history.