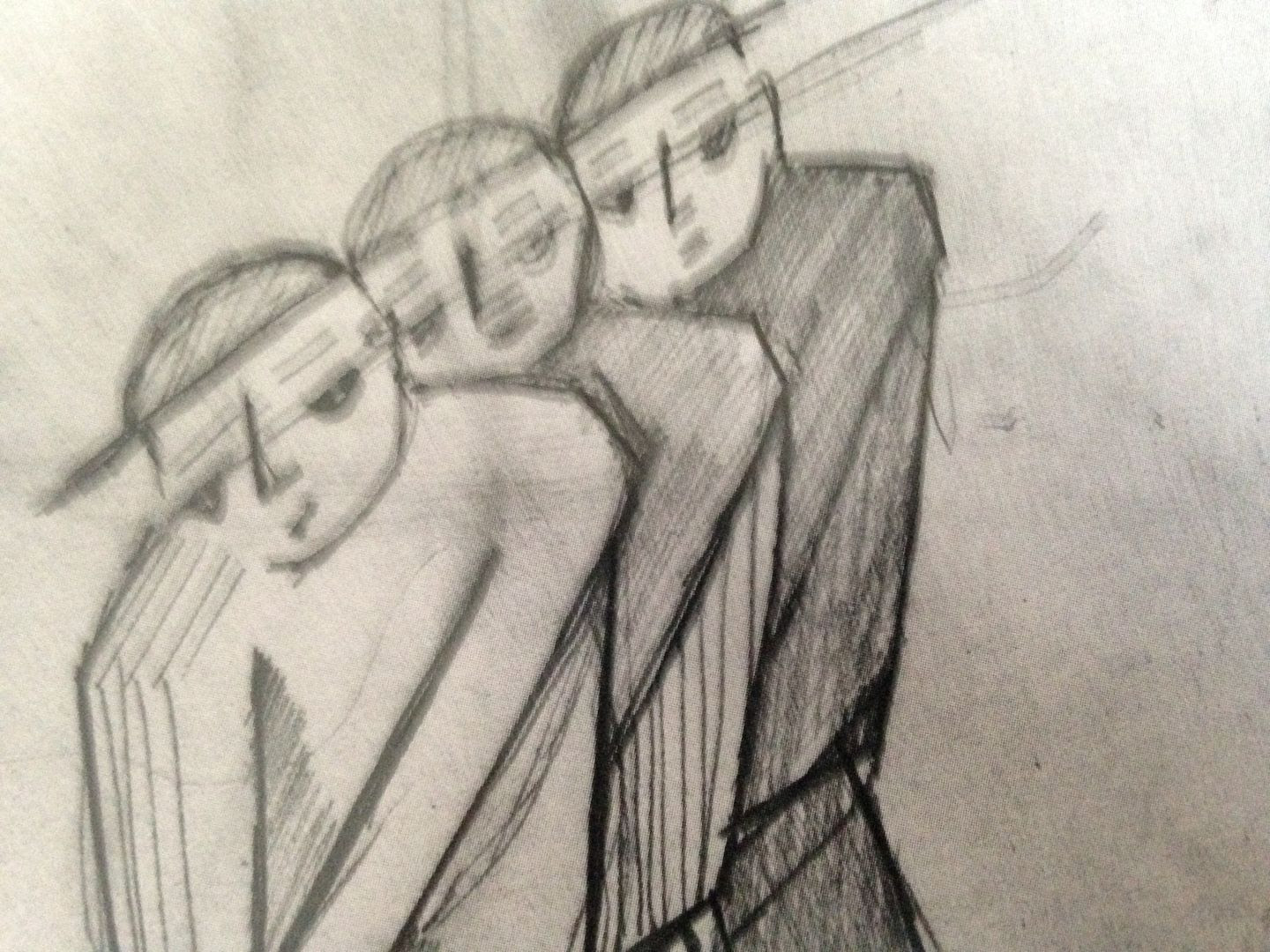 Each of these artists has one song per side on the record itself but then if you download it you get an extra song from Linton and Stewart.   This is kind of funny when you listen to the download though because it then alternates the artists instead of just putting the two Linton and Stewart songs together, but you know, I only really listen to that third song digitally anyway and will probably throw it into a playlist of b-sides and forgotten songs somewhere.

Linton and Stewart begin with a song that has that clanky, jingle-jangle rock n roll sound which some might also refer to as twee.   It is heavier on the music side of things than the vocals and lyrics and it also likes to go into the la-la-la's.    For being only one song and something you can sing along with and bop along to it certainly is much more complex than what you might think as it can go off into these other places and then return without you really noticing it on the first listen through.

The Aislers Set song is a bit slower, calmer and just full of acoustic guitar and vocals.   It eventually brings out that banjo feel as well but not in the way most people use a banjo these days- more like when Kermit the Frog played it, and let's be real that's how we all most likely first heard a banjo and so that's how we all love it most.    The lyrics seem to be a little sad as this doesn't feel like a love song by any means, but it's kind of interesting how when you think about it that way it has such a contrast to the Linton and Stewart song on the other side.

One song is fast, one song is slow.   One song is loud, one song is acoustic.   One song is upbeat, one song is down tempo.   I just feel like these two songs are paired together well because as the old saying states: opposites attract.    In some ways, this does take away from the fact that there is a bonus song on the download by Linton and Stewart, but as I typed in the opening I try not to listen to all three at the same time.

If you're into playlists on your iPod or whatever, CDs with songs on them or making mixtapes (I make the mixtapes) then I'd put this final Linton and Stewart song on a mix with some other upbeat rock that likes to go whoa-oh and trust me it will take a lot less time than you might think to fill up all of the songs, but yes, I love what this 7" is about and how it feels like more of a split 7" and the third song does feel as if it should have rightfully been left off because of symmetry and all that. 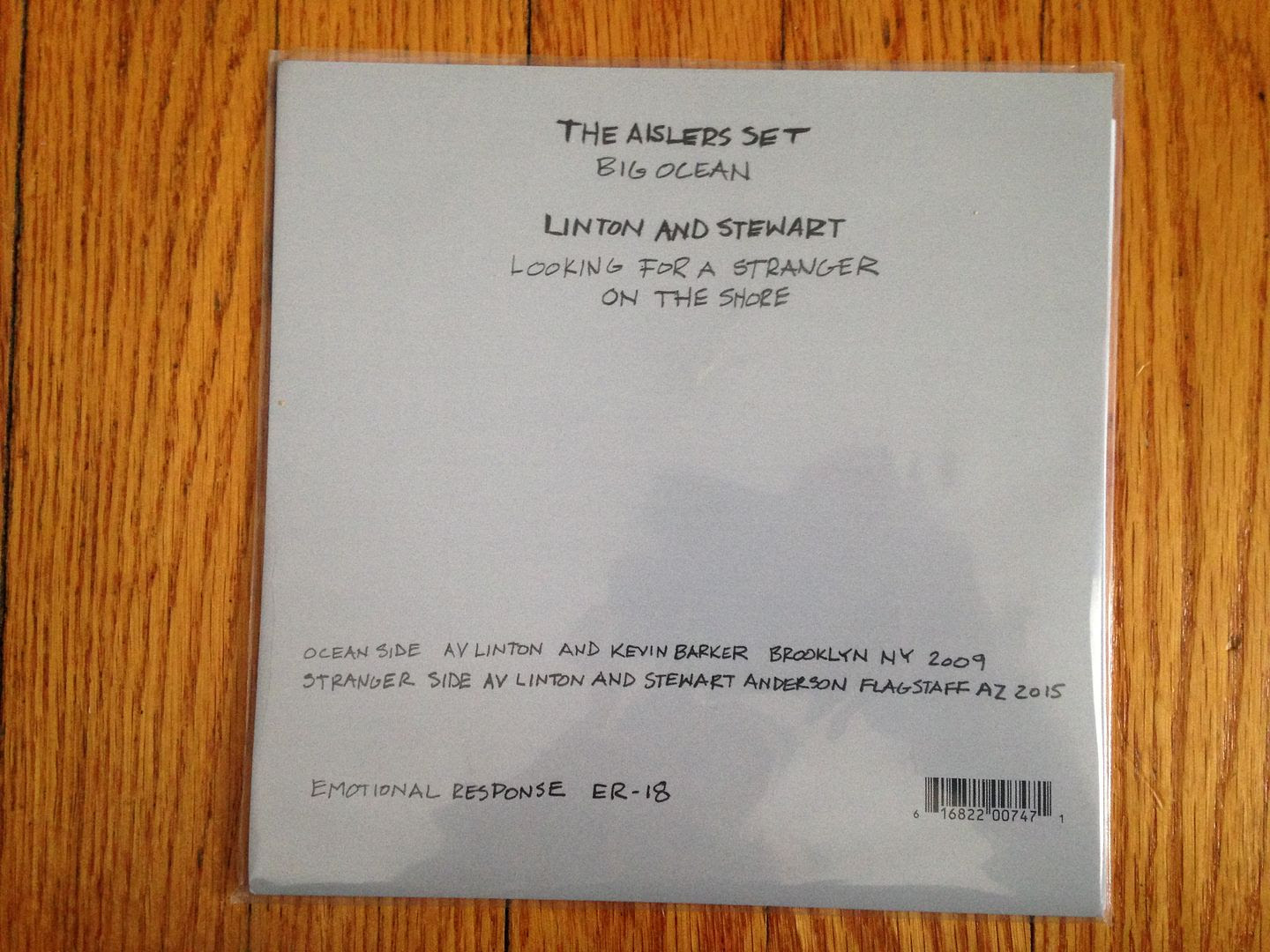 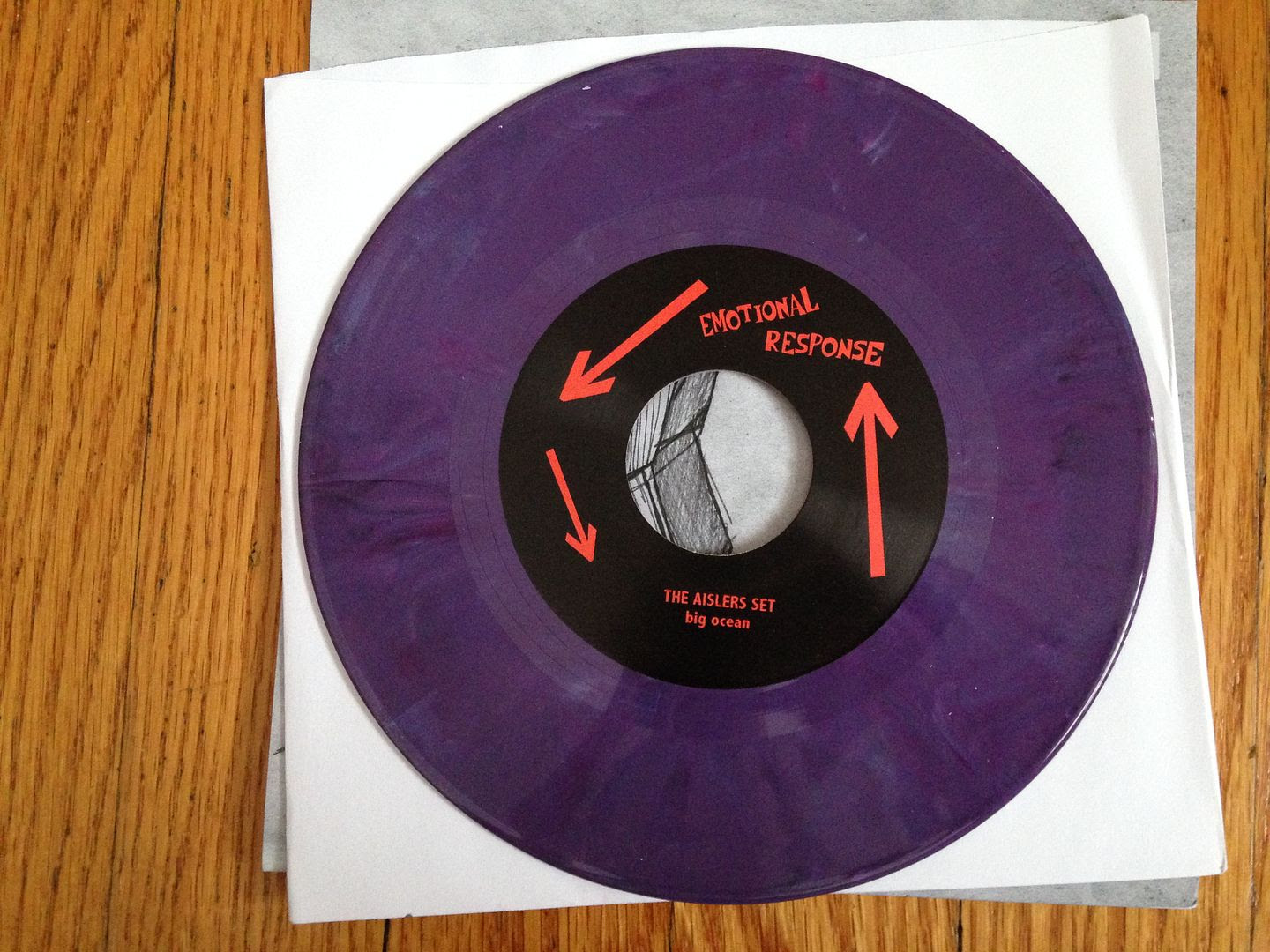 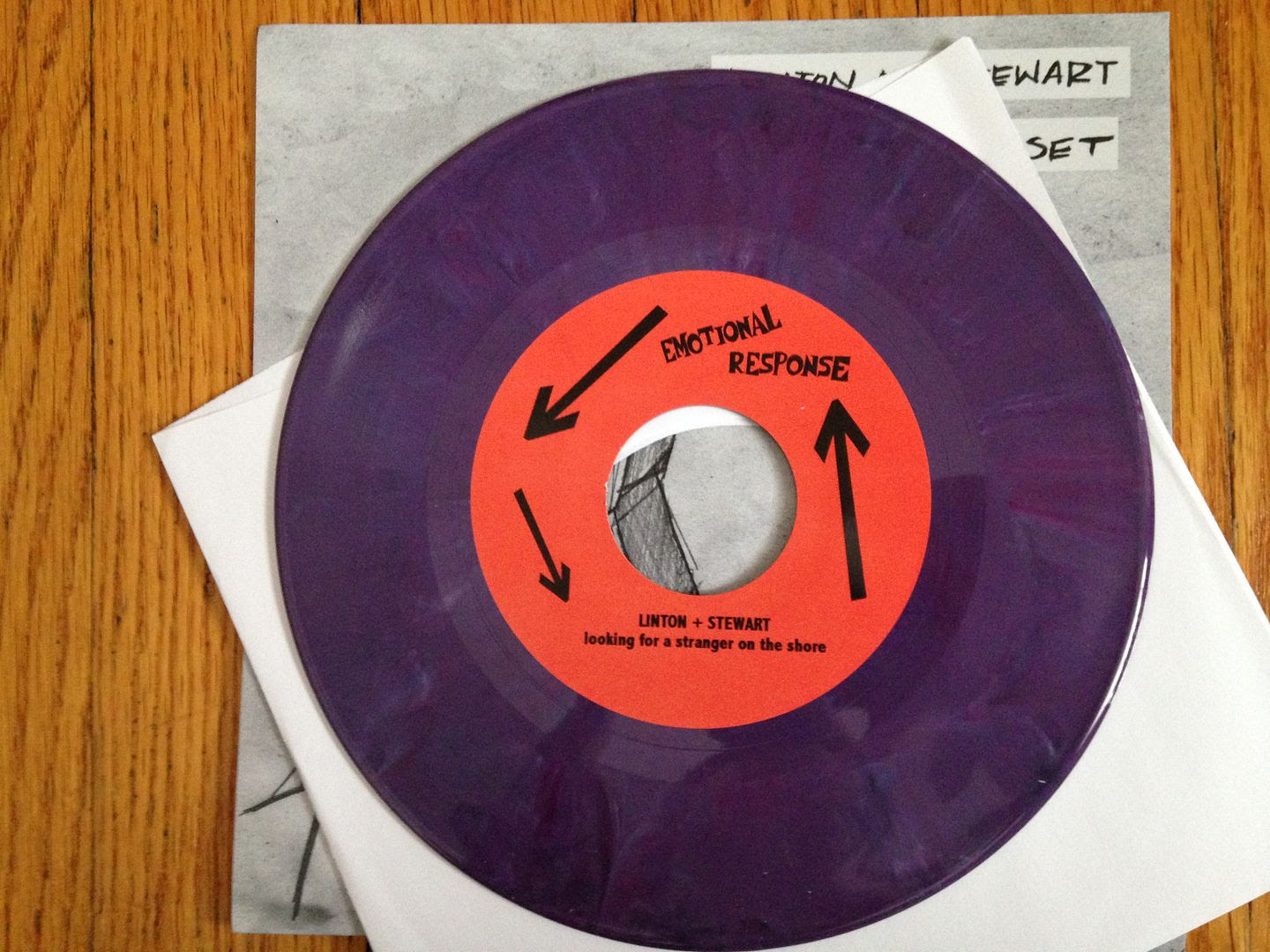 Posted by Joshua Macala at 6:35 AM