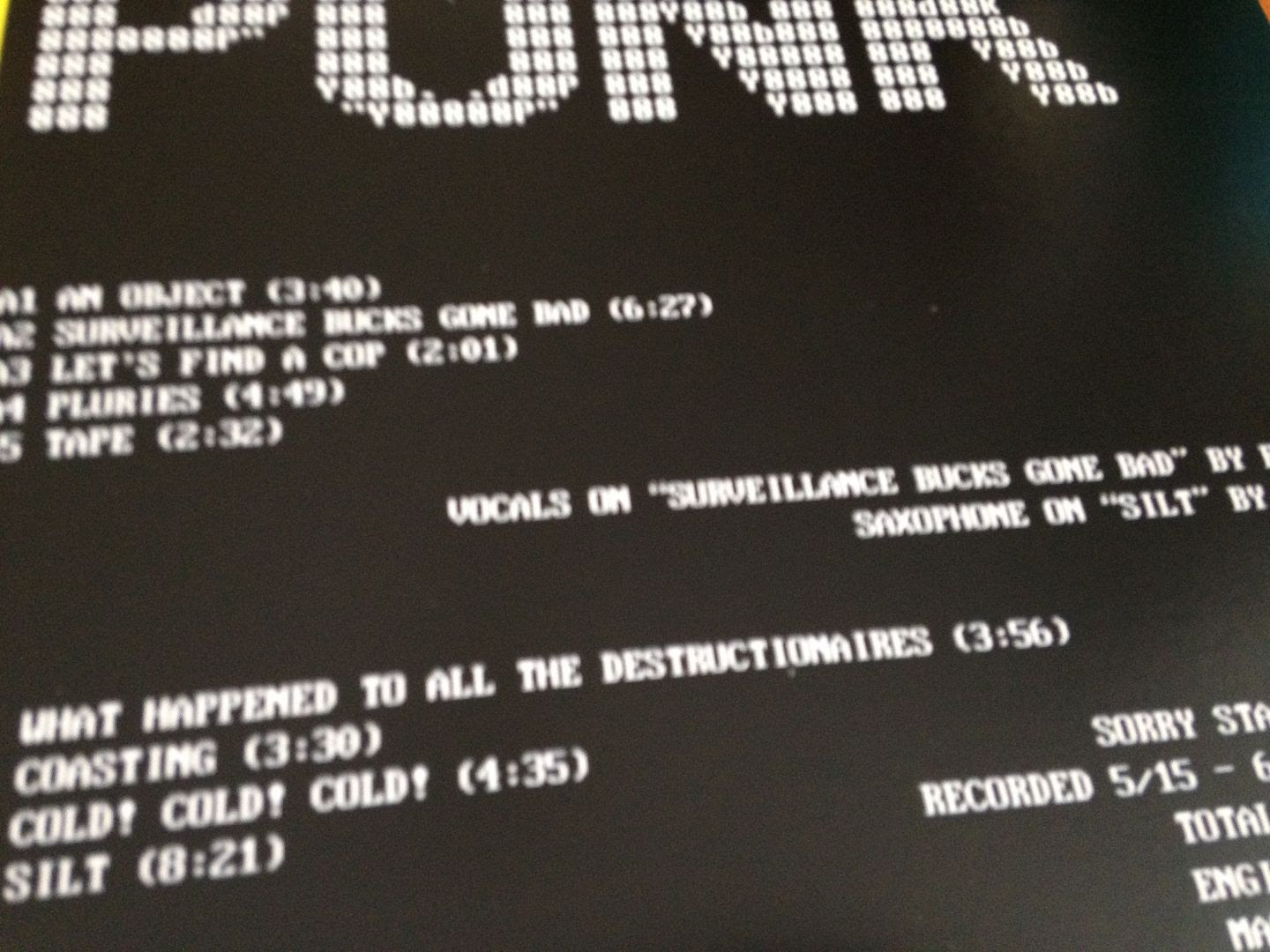 You could say that this Whatever Brains record has served as a great source of finding new music simply because when I went to order it from Sorry State Records I also looked at some of their cassettes of which I ended up ordering a total of eight from their distro.    So, yes, I did start my whole Sorry State Records experience (which was a great one) with this record.   I had heard Whatever Brains before but not really thought about them until I heard about the release of this newest record.   It is, of course, available through the Whatever Brains Bandcamp site as a name your price download but after streaming it a few times I knew it was something I would have to put the money down for and so I did.

What I really like about this- the fourth full length from Whatever Brains- is that each song, to me, seems to come out as an album in and of itself.    I usually spend my time listening to albums on a whole and taking them in as such.     This doesn't mean that there isn't a flow to this album as the songs do still feel connected but I just feel like each individual track is a story which you must read before you can move onto the next chapter.     As a point of this though, I feel like I really fell in love with the song "An Object" first, which is the first track on here, and then went from there throughout the entire album.   It is just such a great album overall.

Now how do you describe the sound of Whatever Brains?   They have that type of rock that some can call "quirky" because they lack a better word, but it has that sound which always has me at some point between They Might Be Giants and Atom and His Package.   I can't quite describe it, but I certainly like it.    This is often combined with a large amount of distortion and thrash and all around musical mayhem.    This aspect of it makes me think of bands such as Tora Tora Torrance as well as The Lot Six and, well, it's kind of strange because you have to imagine what the live show would be like.

On one hand, from the TMBG perspective, I imagine this as being a rather tame live show where you have guys in glasses strumming guitars that are hoisted up way too high on their chests.   I don't have an exact idea as to what this image is in my mind because I've never seen such a constrained performance but it could be somewhat like the music which is made for children though even when TMBG plays for kids I would suspect they get fairly rowdy.

Take in with that how you would picture that distortion thrash and you have drums knocked over, guitars smashed and amps roughed up.   I think though, really, it just has this idea where you would probably have these guys coming out onto the stage looking like Jack Black in "School of Rock", and you'd be skeptical at first, like, "How are these music teachers going to play music that I would enjoy?" but then they totally just blow you away.   Of course, I'm not really sure what the members of Whatever Brains look like nor does it really matter but that's just how I feel when listening to this awesome album.

I cannot tell you the last time that I purchased a record but the fact that I heard this one and then bought this just goes to show you how much I must like it.   In fact, the first three full lengths by Whatever Brains are each on sale for $5 right now at Sorry State Records so it looks like it's time for me to complete my collection.  (Ugh, but two of them are sold out.  Sadface) 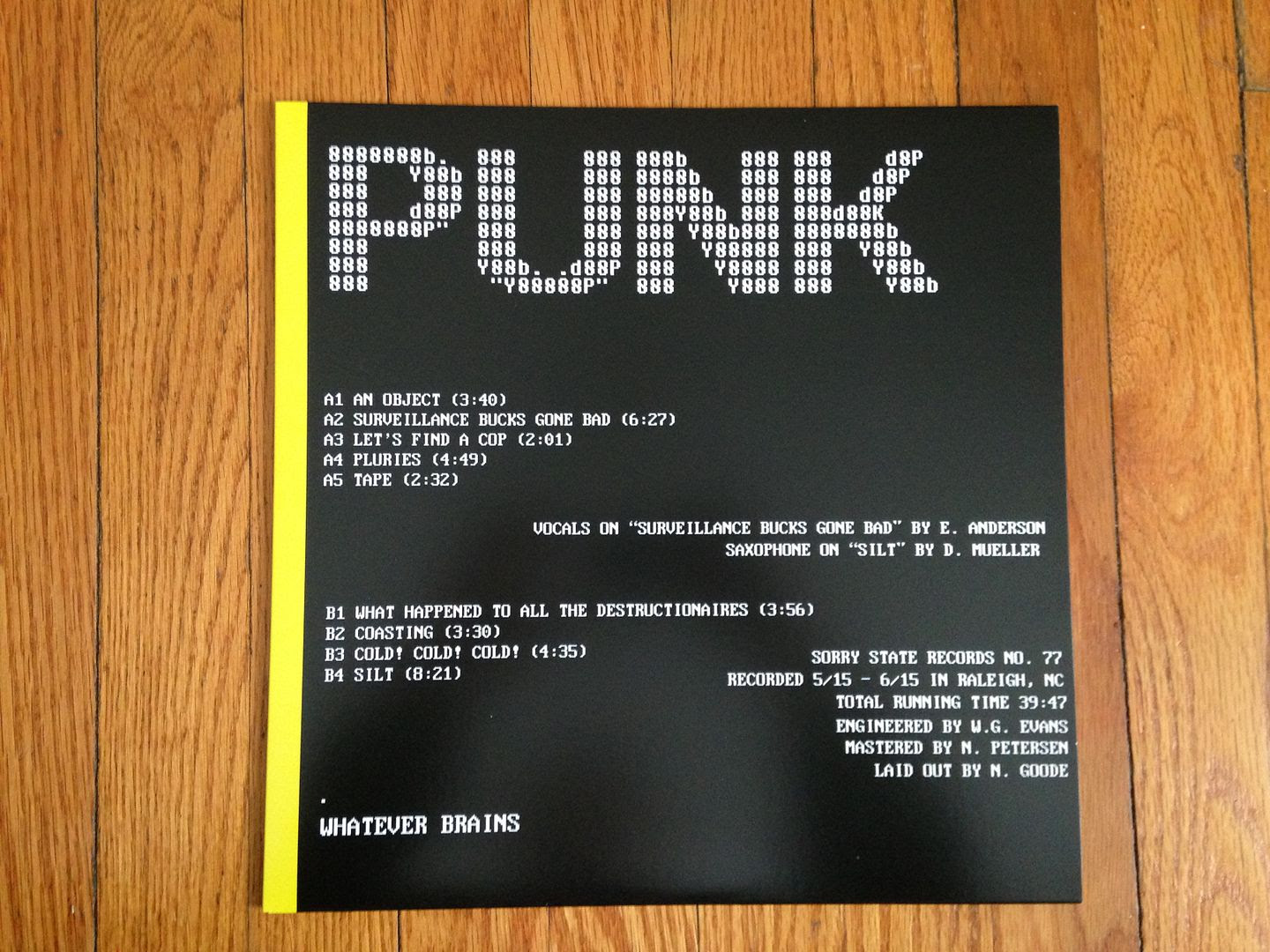 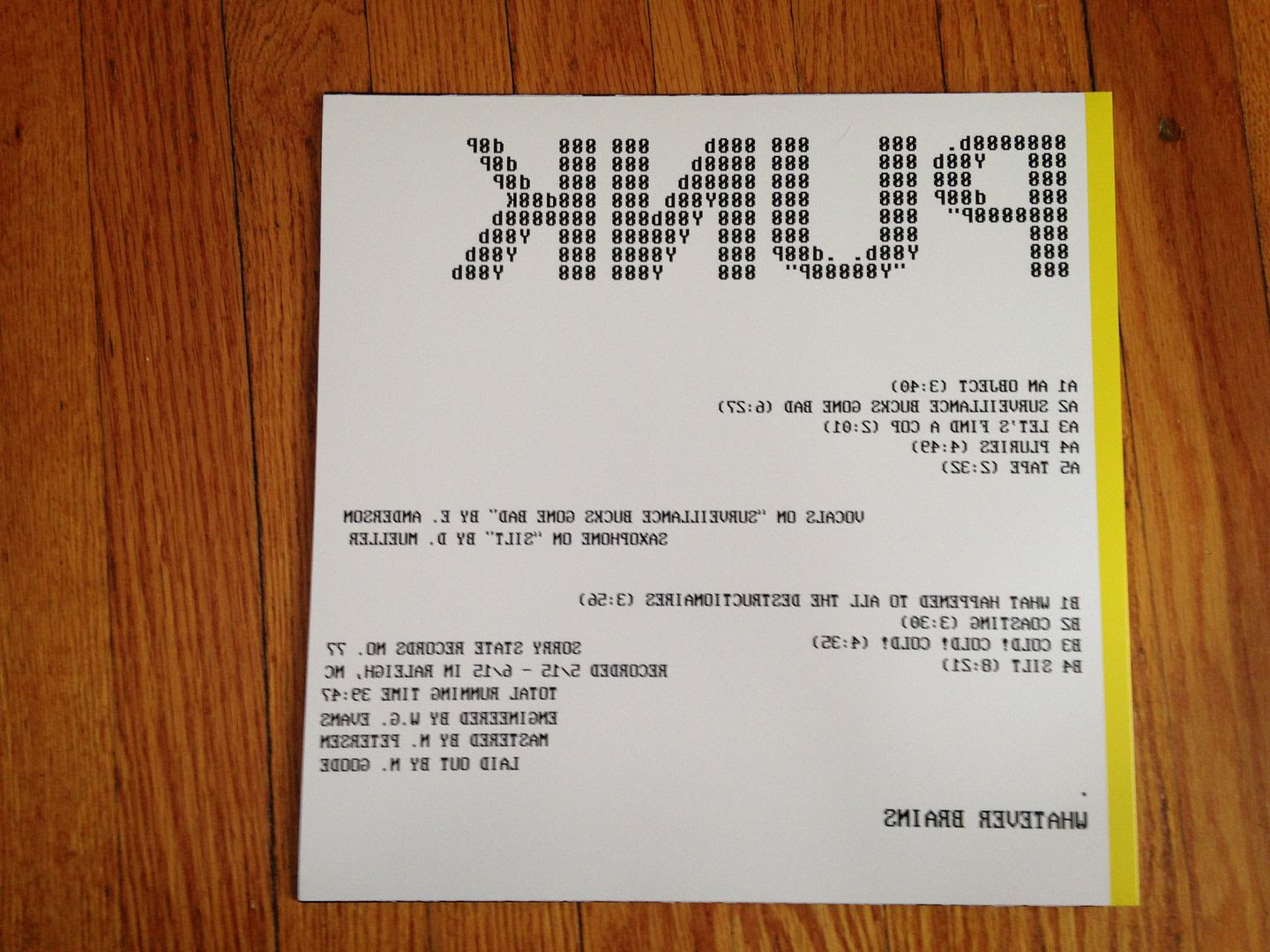 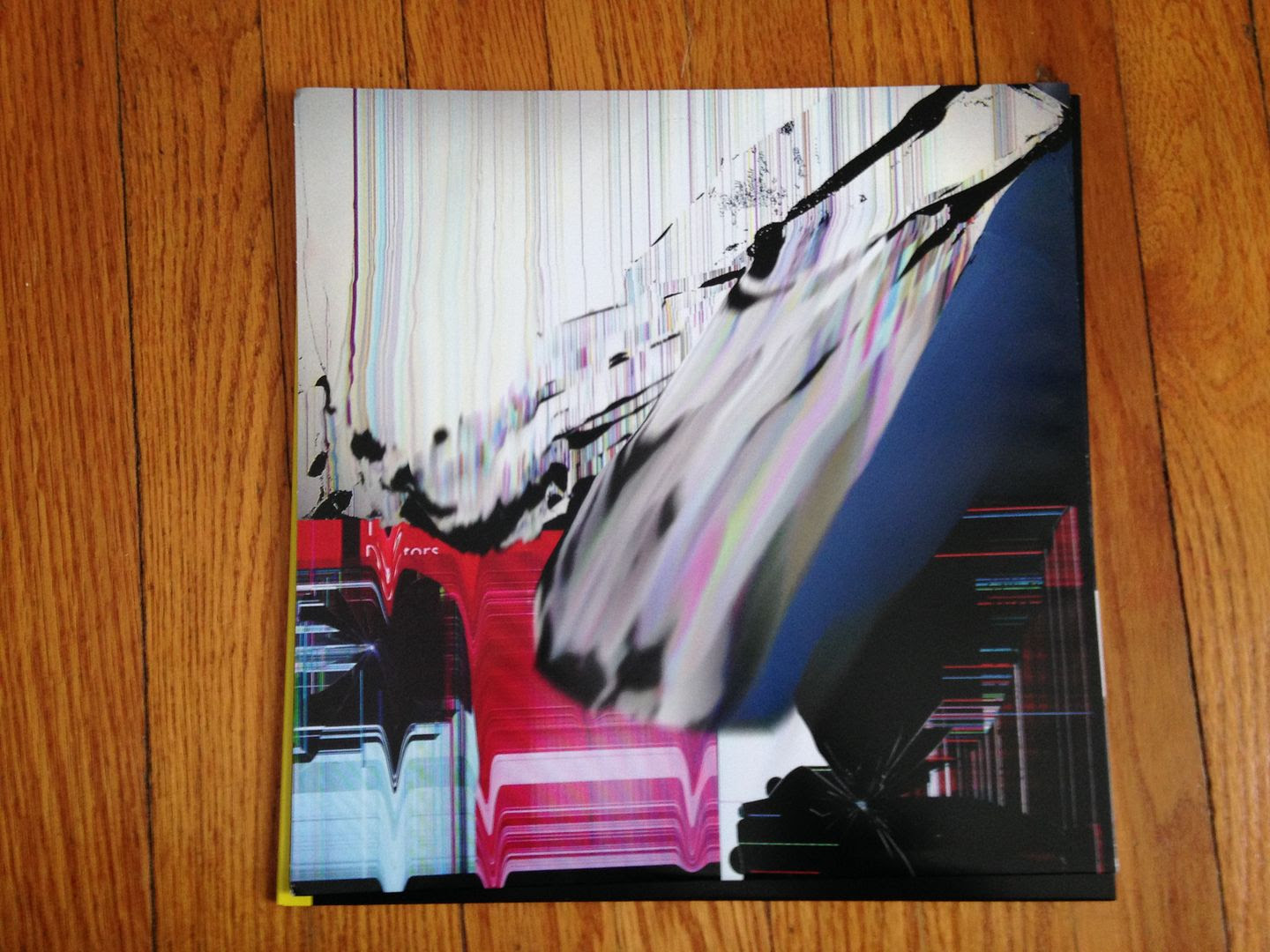 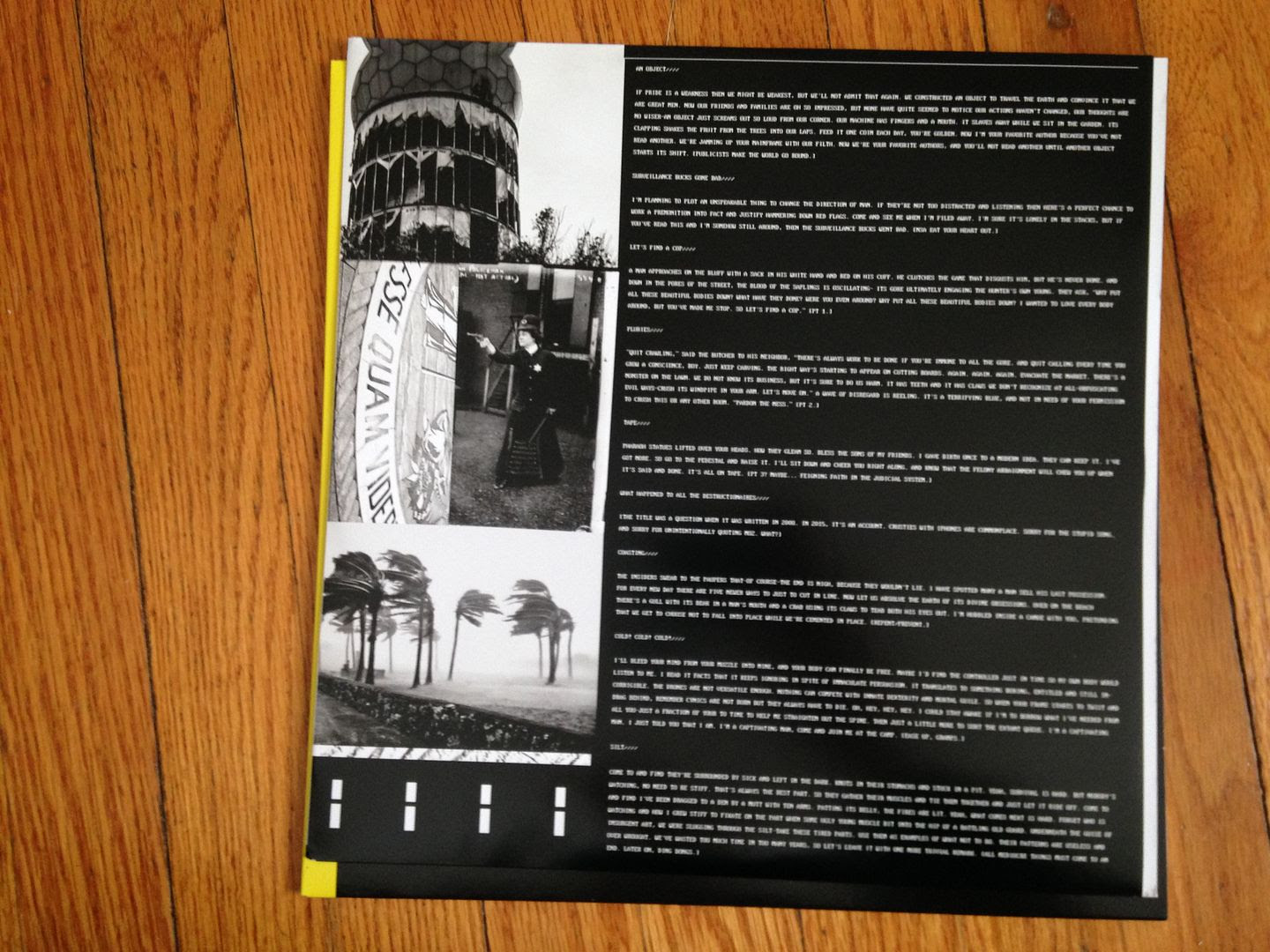 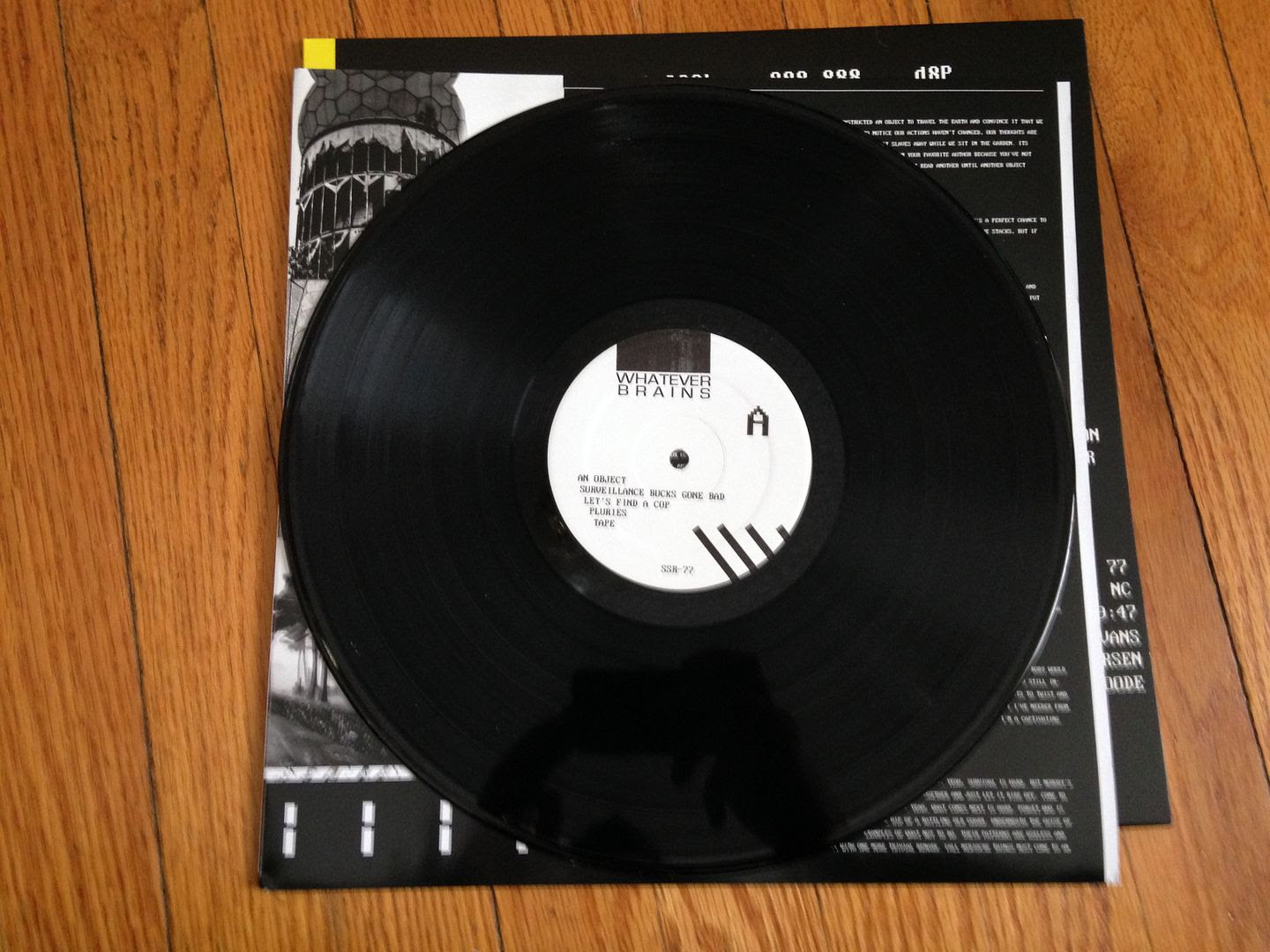 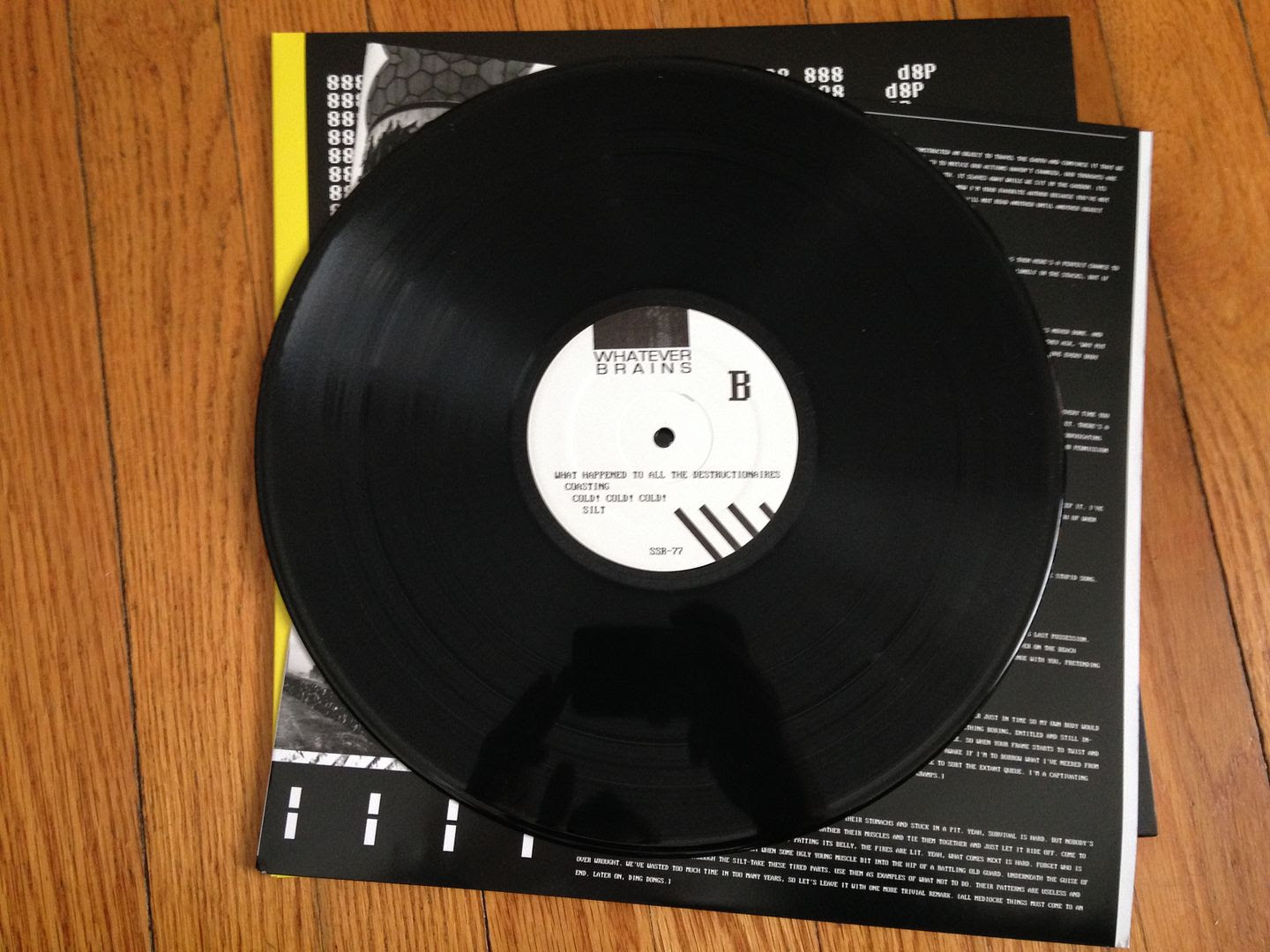 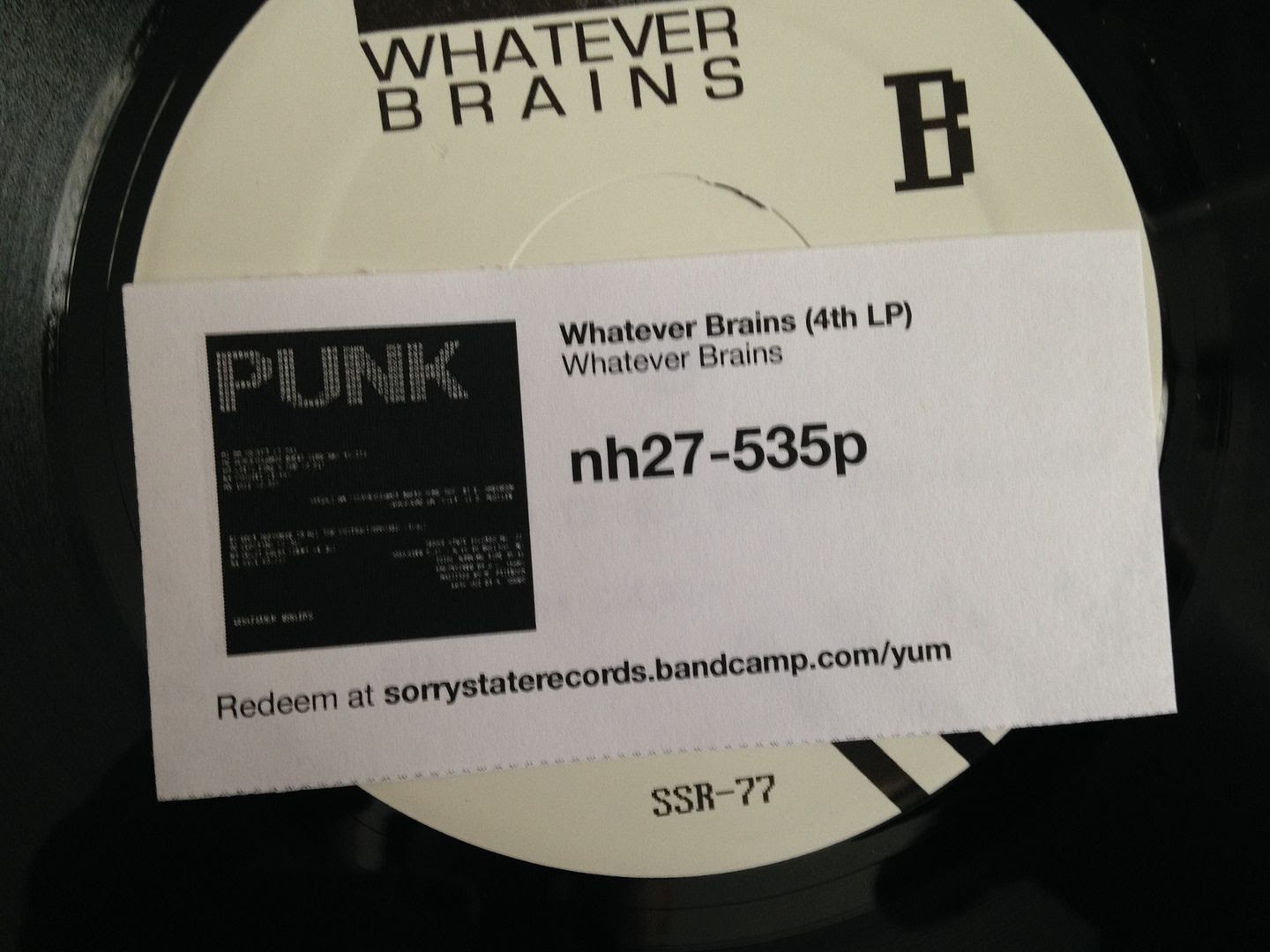