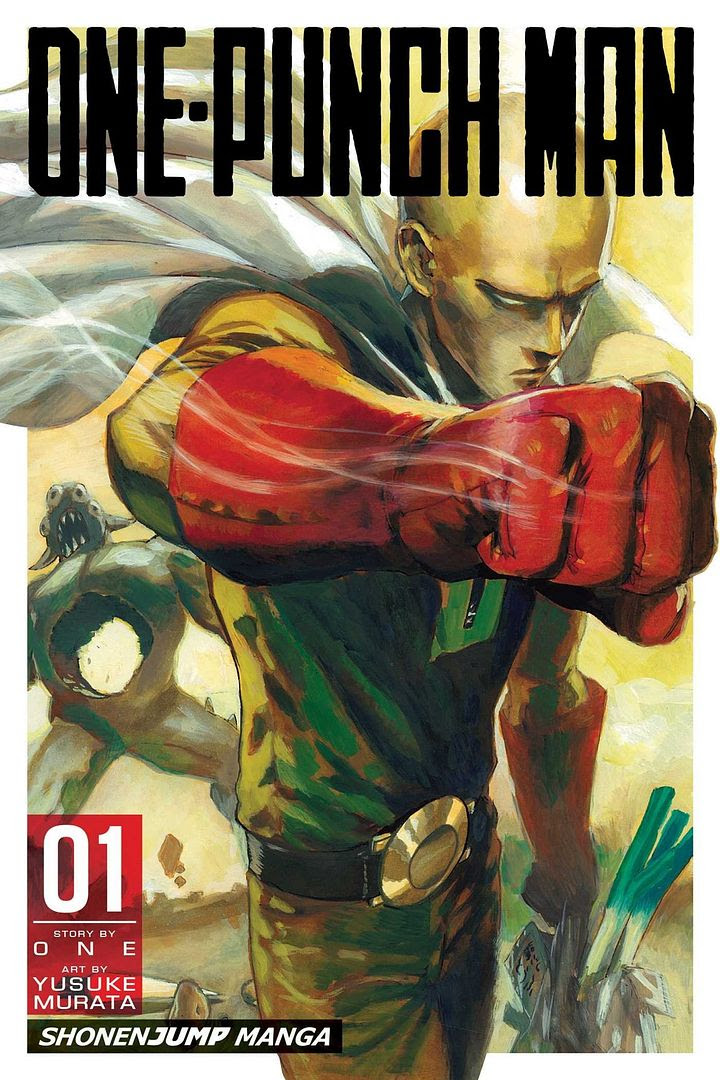 When I grabbed this manga from the library I didn't really know what to expect but it looked cool.   It is the story of a main character who trained really hard to become really strong and now he wins every fight against a bad guy with just one punch.   Seems simple enough, right?   But that might just be the problem.    He has some enemies he fights in Volume 1 and he even gets a sidekick but there is just a lack of story otherwise.    A lot of it is him explaining his backstory which I felt could have been done on the back of the book rather than inside of it so much.

I definitely like the art of this though and that will keep the hope alive for Volumes 2 and 3 (which I also checked out of my somewhat local library) but I just want there to be some bigger purpose than him going around seemingly fighting villains at random and having it kind of not lead anywhere from story to story within this collected volume.    It has definitely been a while since I last read a manga-- I can't even remember when the last time was-- but I'm trying to find ones which interest me again and with One Punch Man I just think it's a matter of how the next volume plays out that will really determine whether or not this is something I want to get into further.