When The Shield and Wyatt Family got their first Elite WWE action figures from Mattel, Quentin and I began collecting this line.   We've found some characters at Savers and others we've purchased on eBay even after they were gone from the company.    But Wade Barrett is one of those odd characters who has been in WWE and had Mattel figures since before we started collecting them and up until now, but yet we've just never bought his figure before.    I'm not sure if this was part of WWE's plan or not, but the reason why we ended up getting this Wade Barrett figure from Walmart is simply because we have figures of Alberto Del Rio, Rusev and Sheamus and Quentin wanted to complete the League of Nations.

For all of the Wade Barrett figures that are out there (and I feel like I've seen most all of them in pictures at least) this has to be my favorite simply because of the headscan.   Most of the Wade Barrett figures that exist out there which are clean shaven just look so strange to me.    This figure is technically for his King Barrett character as it has the cape thing as the only accessory (And it is worth noting that they made a HHH figure with a similar cape only it wrapped entirely around that figure and HHH came with some kind of skull helmet as well so Mattel probably just blew their budget on the Hulk Hogan figure in this series)

Somewhere between King Barrett and Bad News Barrett is where the character falls on WWE TV right now, as a part of the League of Nations.   I wonder how many other children out there have wanted Wade Barrett now to complete the League of Nations when they never wanted an action figure of him before.    Then again, other kids might have Sheamus because he was a good guy once and Rusev because John Cena had a decent feud with him, but do kids right now have ADR figures?  I'm not sure if that's common or just because, you know, of my love of lucha libre.

While this isn't a terrible figure, it isn't one I was particularly excited about getting.    Though, we did buy it because Quentin was excited about getting it and that's all that really matters in the long run.    And even if you don't consider it to be the best figure ever it is still the best Wade Barrett figure to date as far as I'm concerned and aside from some massive change to his character this will likely be the only figure we buy of Barrett and, well, at least his tattoos look cool and better than they would have on a basic figure. 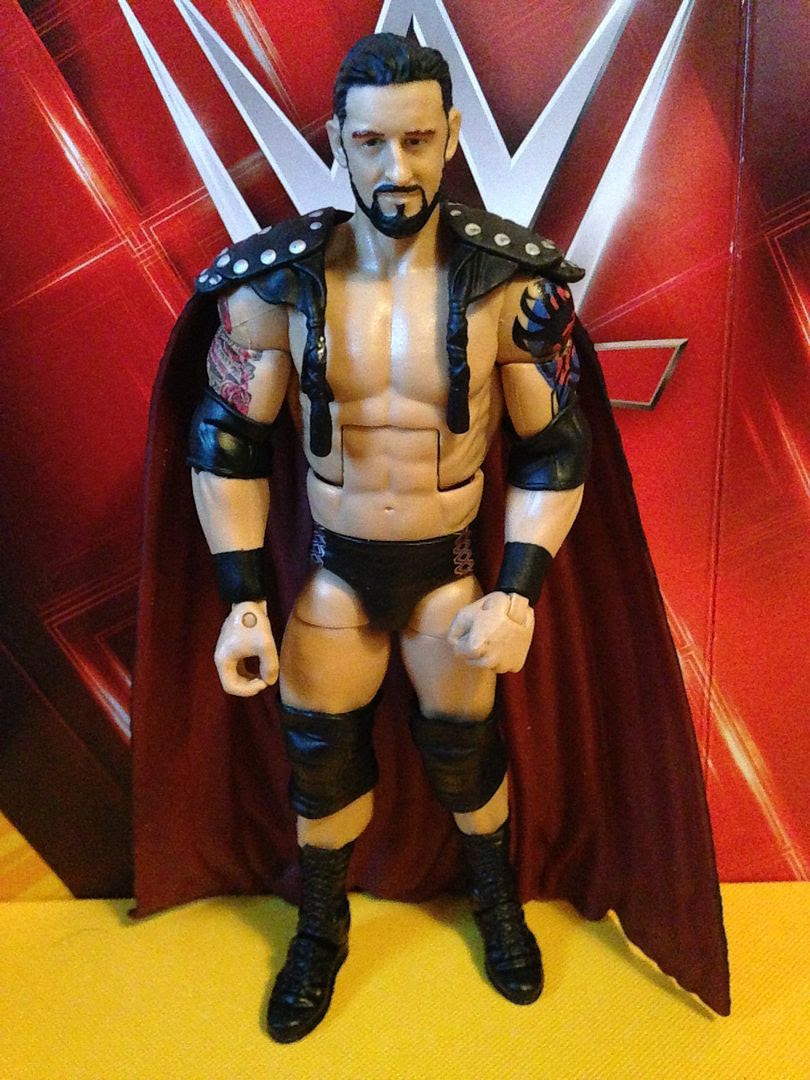 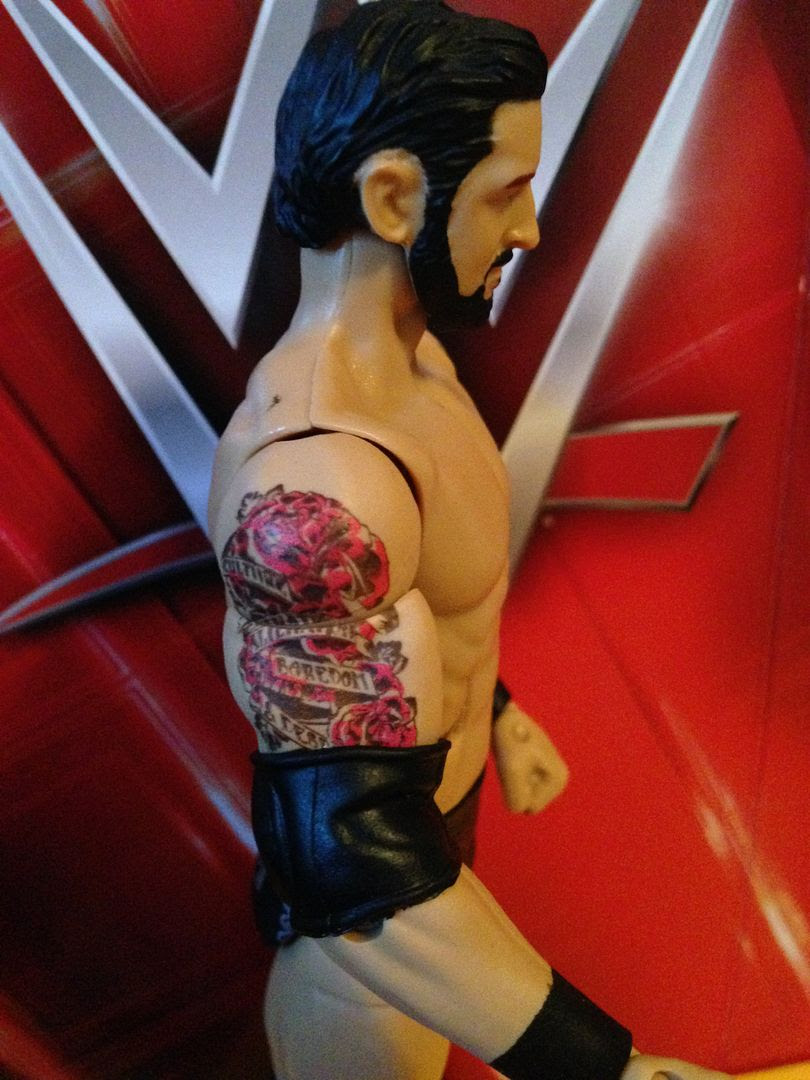 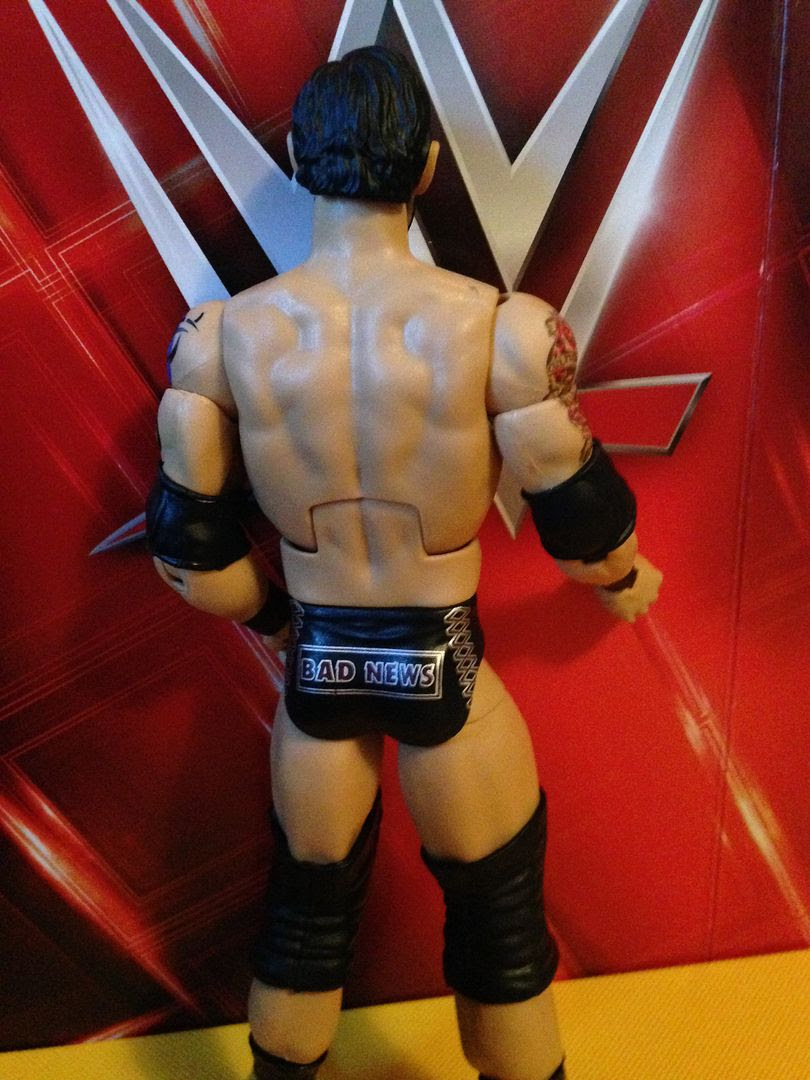 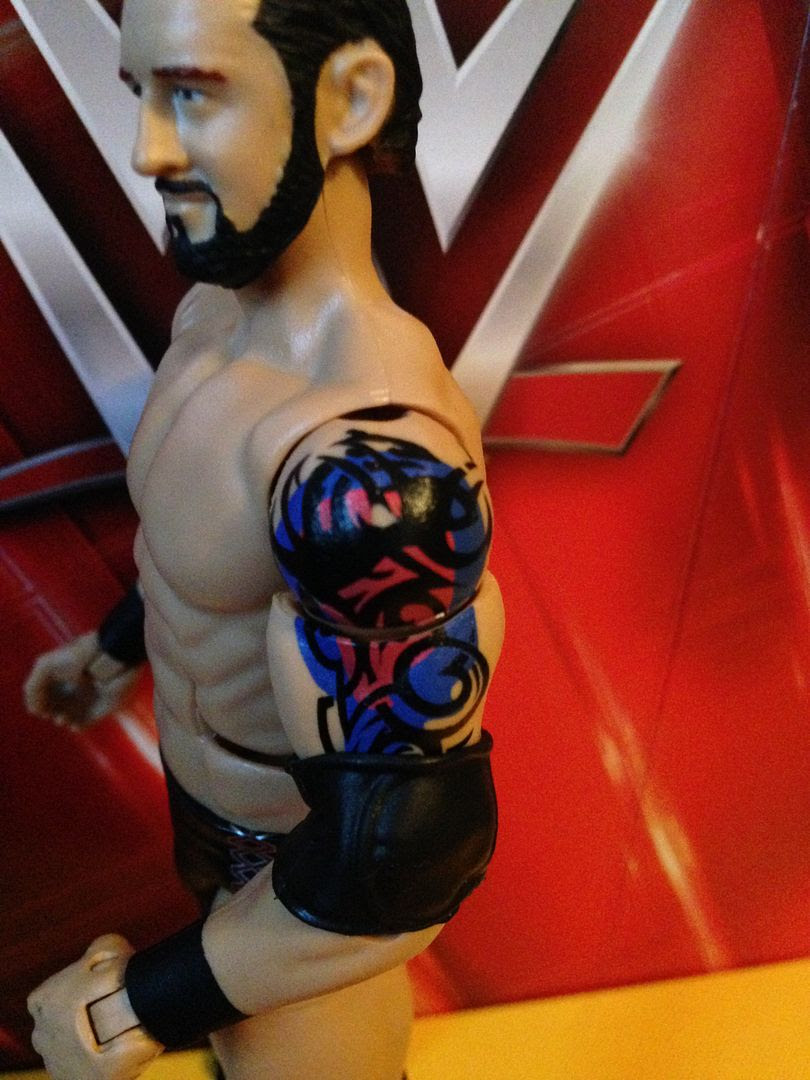 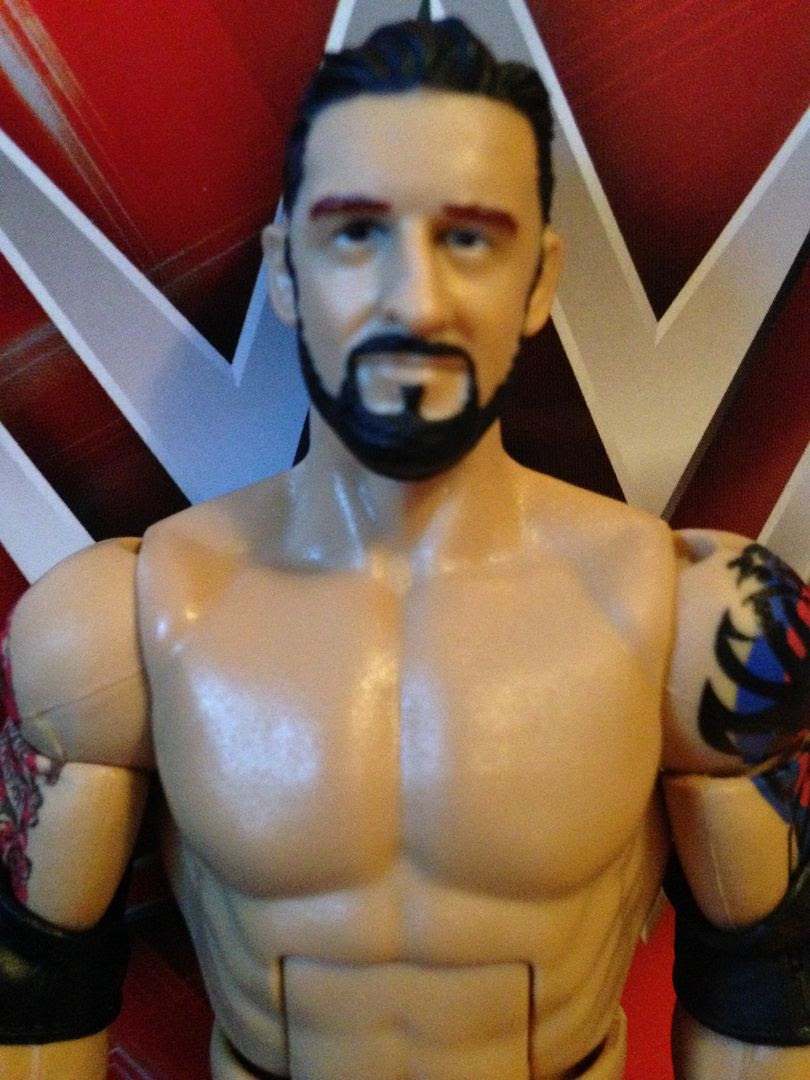