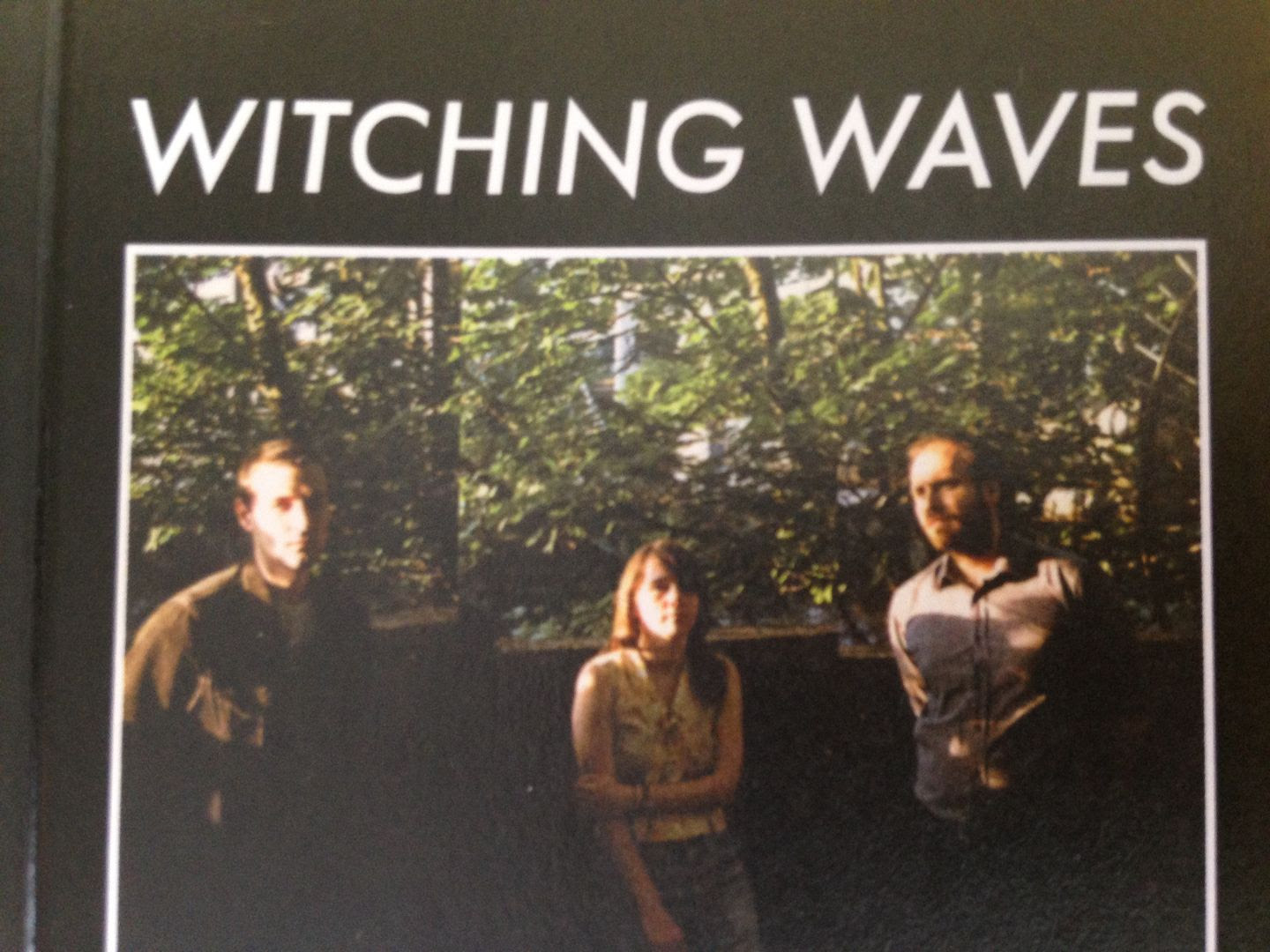 I first heard Witching Waves because of a split cassette they did with As Ondas.   I remember this split cassette because not only did I really enjoy it but because someone randomly sent me a message on SoundCloud asking to buy it from me.  If I recall, the potential buyer didn't live in the same country as me and only wanted to pay $20 shipped, so you know, I had to decline the offer by not responding.   For the record though, messaging me through SoundCloud is probably not the best way to try and buy a cassette I review.   The same can be said for leaving comments on reviews of cassettes.   But, of course, all of that implies that there *is* a good way to try and buy cassettes which I've reviewed and, well, for the most part I am not selling.   If a really good offer came along I'd be open to listening but $20 for a cassette when probably $15 of it is going to go to shipping... Yeah, get real.

If you were not lucky enough to fall in love with Witching Waves back when they did that split covers cassette then here is your chance to fall in love with them all over again.    With powerful guitars, Witching Waves can remind me of some wonderful combination of Metric and Dancehall Crashers, two of my all-time favorites.    Thoughts of my also recently reviewed cassette for Hearts & Tigers come to mind (They should totally tour together) and this is just intense.     There is a slower, classic instrumental interlude of notes and then it also can remind me of The Thermals with killer guitar riffs which bring out parts of secret spy theme songs and words such as "I don't miss it".

One thing that does happen during this cassette which I feel needs more attention is the countdown of "3-2-1 and back to Square One!"    Growing up, I was always watching PBS because of "Sesame Street" and what not, but there was also this show called "Square One" which made learning about math fun.  They even had another show within the show called "Mathnet", which was like "Dragnet" but they used math to solve all of their cases.   The thing is, when I heard this line I thought about the show and looked it up but couldn't find it on DVD.   Why would an educational show not have a DVD release?  Why would they want to deprive future generations of math knowledge?

It also brings me back to thinking of the connection between math and music.   Many musicians are excellent at math because a lot of music is math.  (Keeping the rhythm, reading sheet music, I mean, so much of it has to do with math)   I remember a specific segment from "Square One" about a song where we would "estimate with Kid N Play".   Kid N Play were actually popular at the time because of the "House Party" movies and I even had a cassingle for "Ain't Gonna Hurt Nobody".   So that really hit home with me and always made me remember what it is to estimate.    Should there be a similar show out there right now?   Should I be creating YouTube videos with musicians about math?  Is that my purpose here?  Or should "Square One" just get a proper DVD release?

Listening to "Crystal Cafe" might not help you with your math skills but it will help you with your rocking out skills.    I certainly feel that a split cassette is a good introduction to a new artist and having that split full of covers is even better because you can hear someone apply their talent to the song of someone else (I mean, it takes a certain amount of pizzazz to pull off "Satisfaction" without feeling like another drunken night at karaoke)  That feels like the taste in a lot of ways though, such as the fact of whether or not you could enjoy more songs in the same realm but as originals.    Witching Waves, as this is their first full length I have heard, have proven that they don't just have talent when it comes to covering songs but when writing their own as well.

I don't know that I've ever heard an artist on a split covers cassette first and then their full length cassette next.   Obviously, As Ondas would be someone who could fall into this category now as well, but I also know that if any other band has gone down this path with me they certainly haven't had their cassette propositioned on SoundCloud.    While this might be a unique story for me, perhaps it is not so much for you.   Perhaps you just put this one on to rock.   But that's okay.   "Crystal Cafe" does certainly rock and you don't really need a huge backstory or reason as to why you just need to pop it in, press play and turn it up loud. 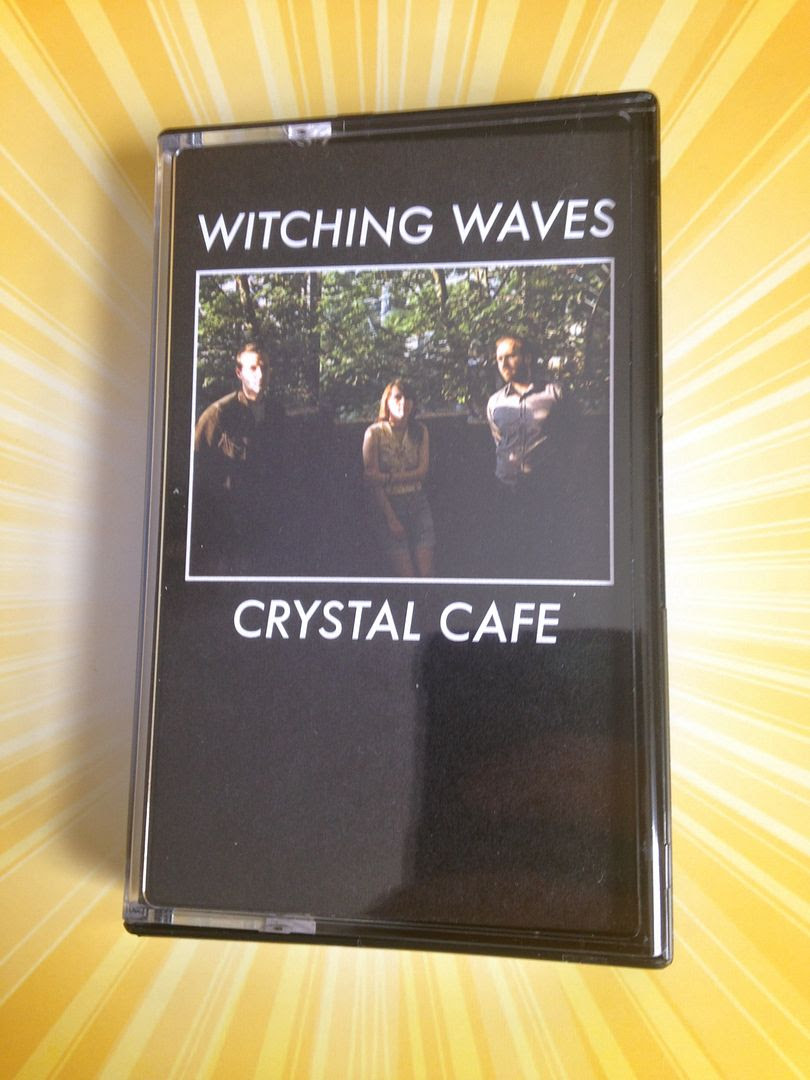 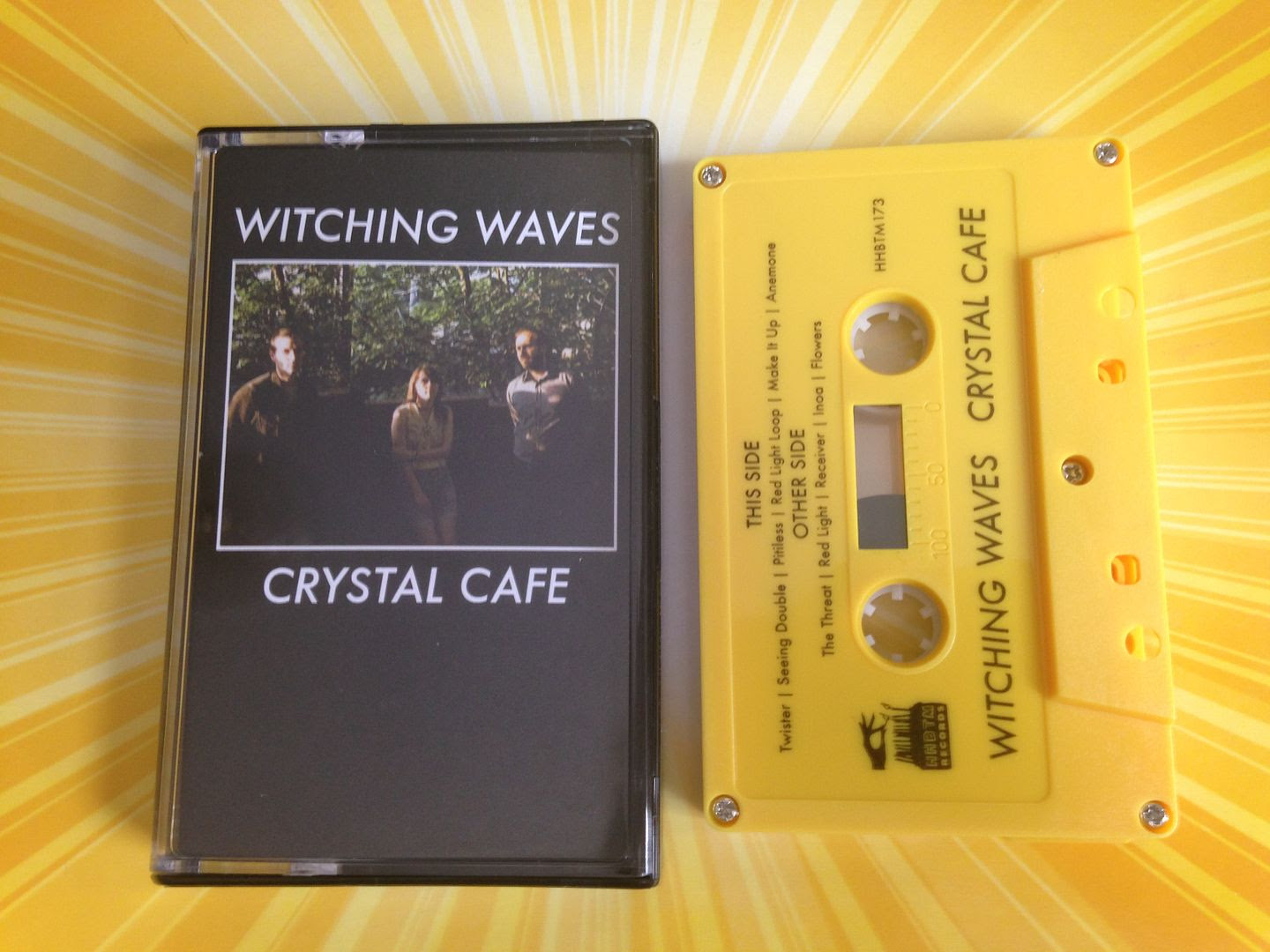 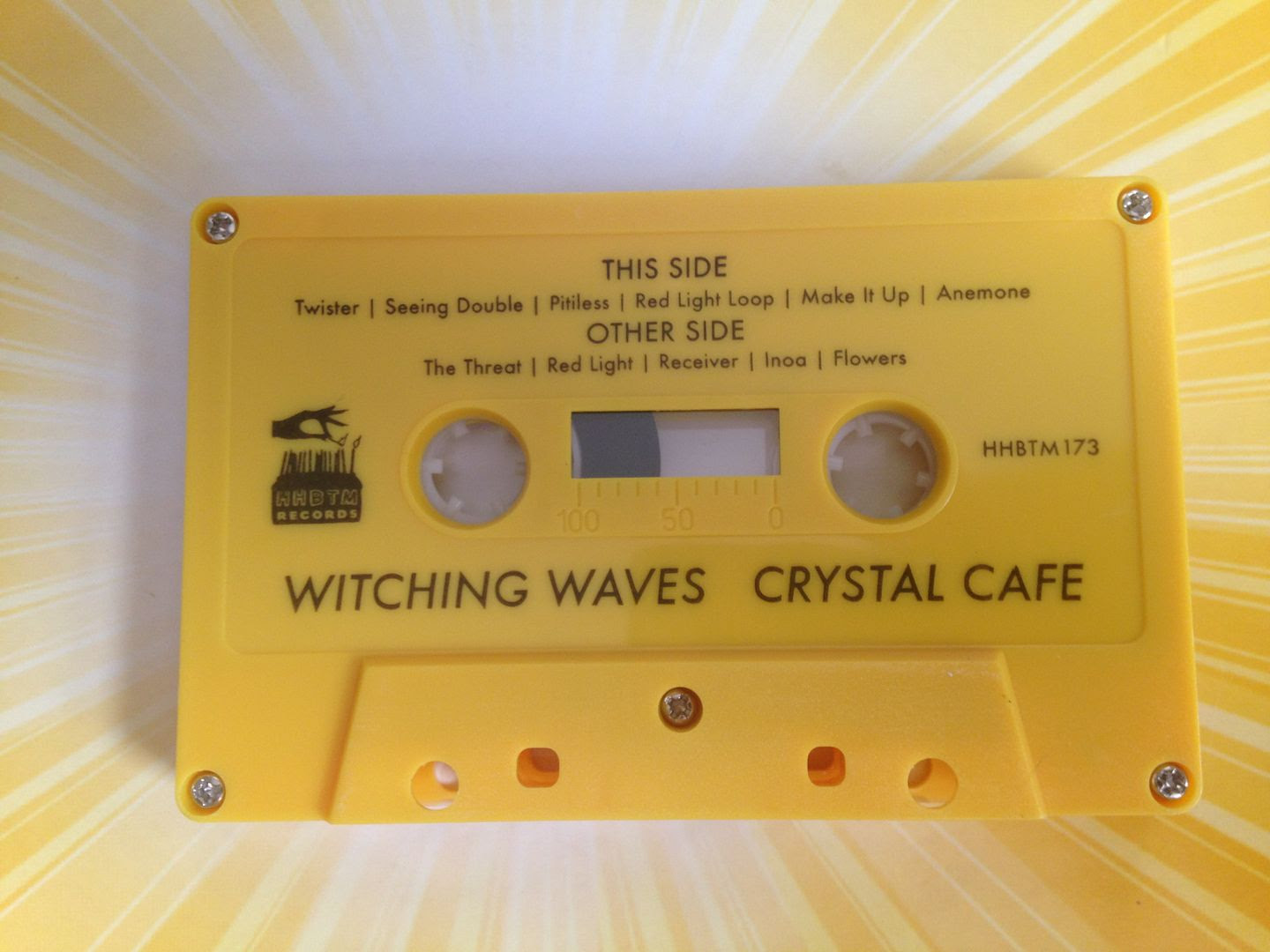 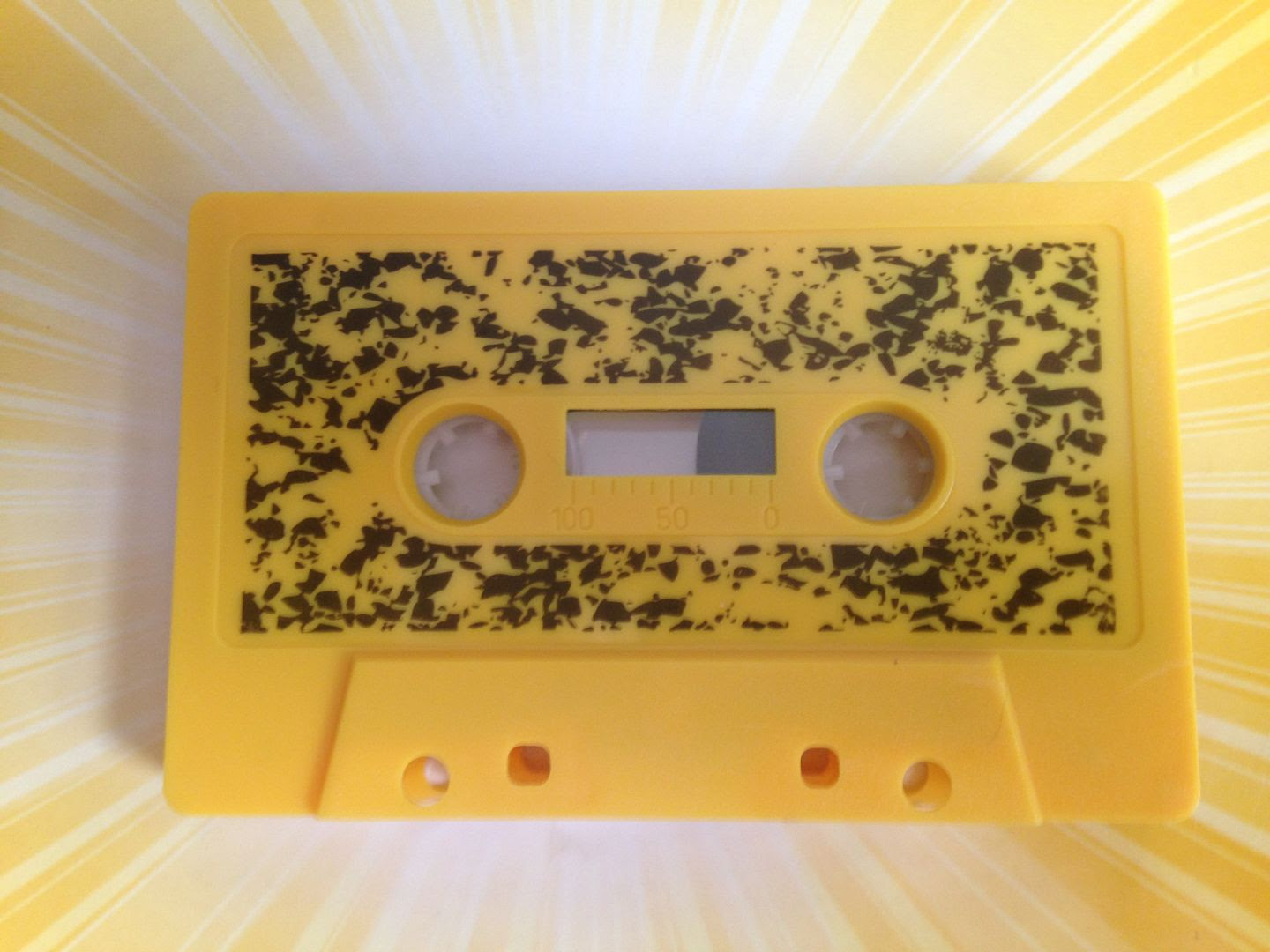 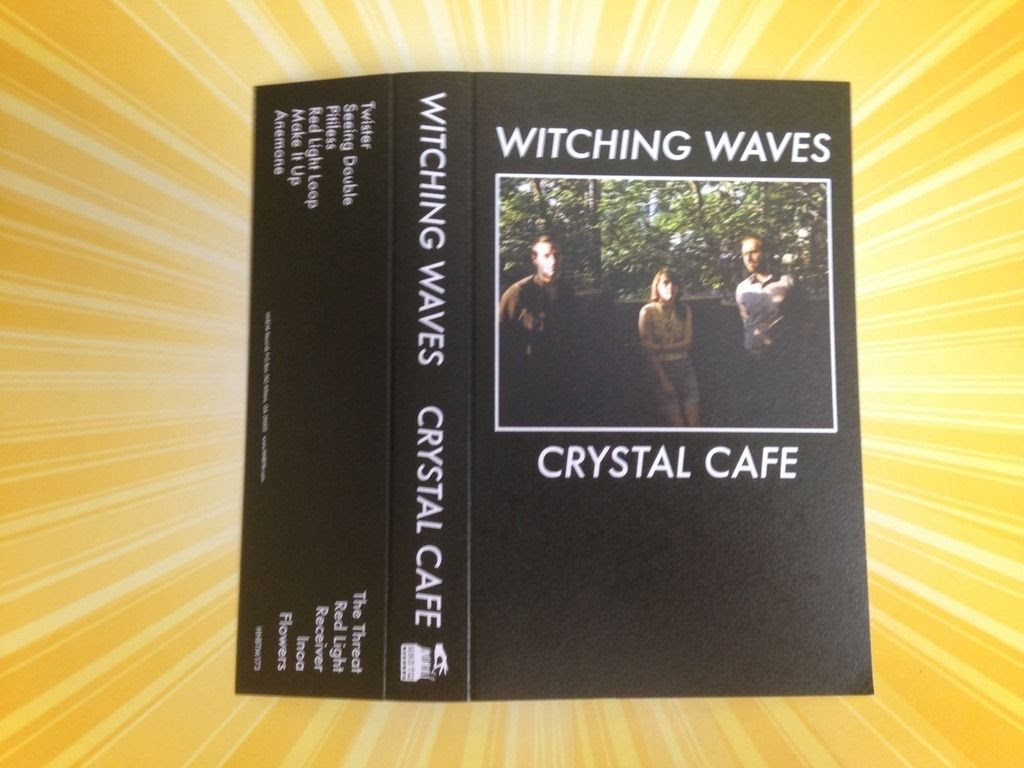 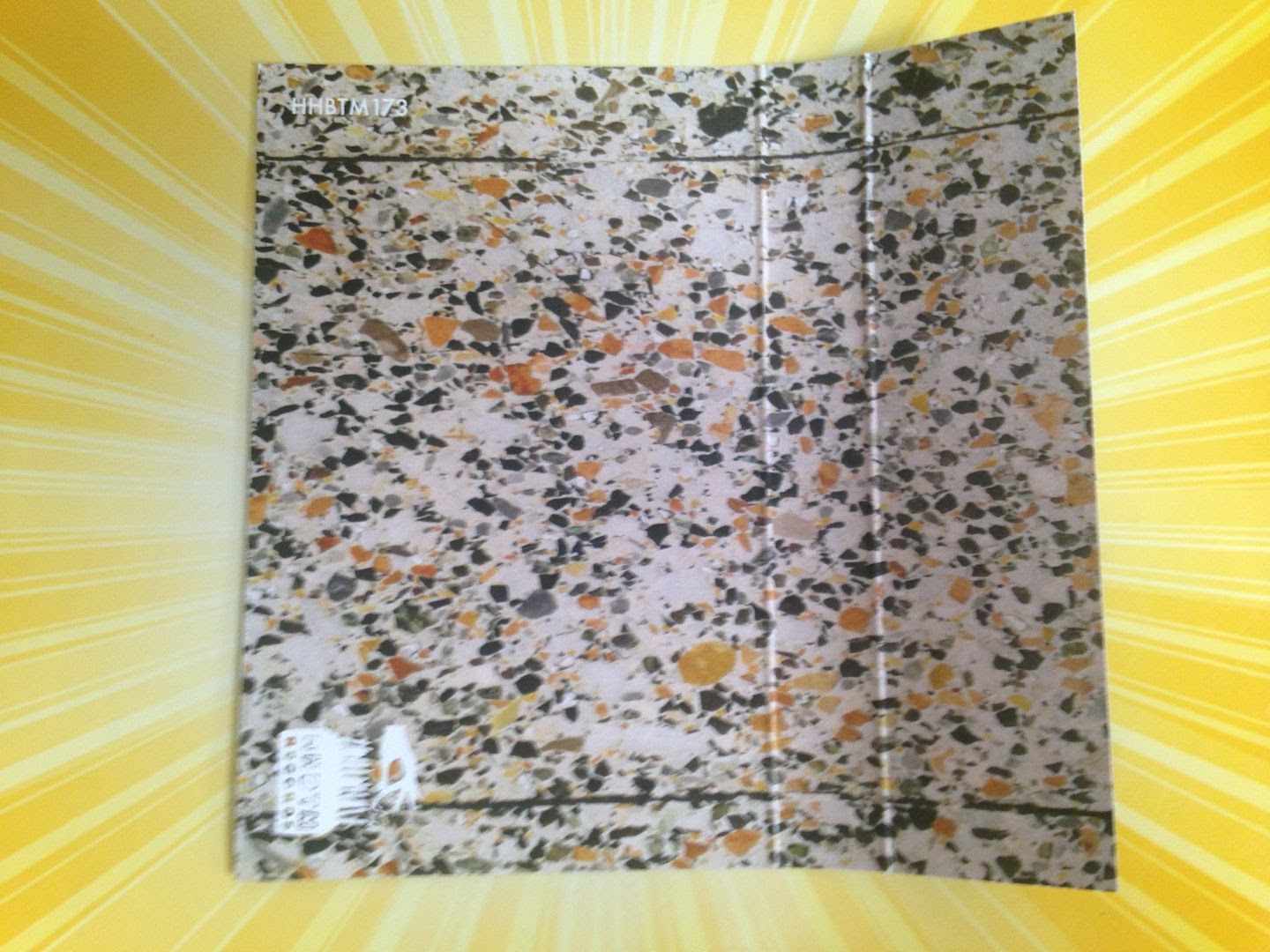