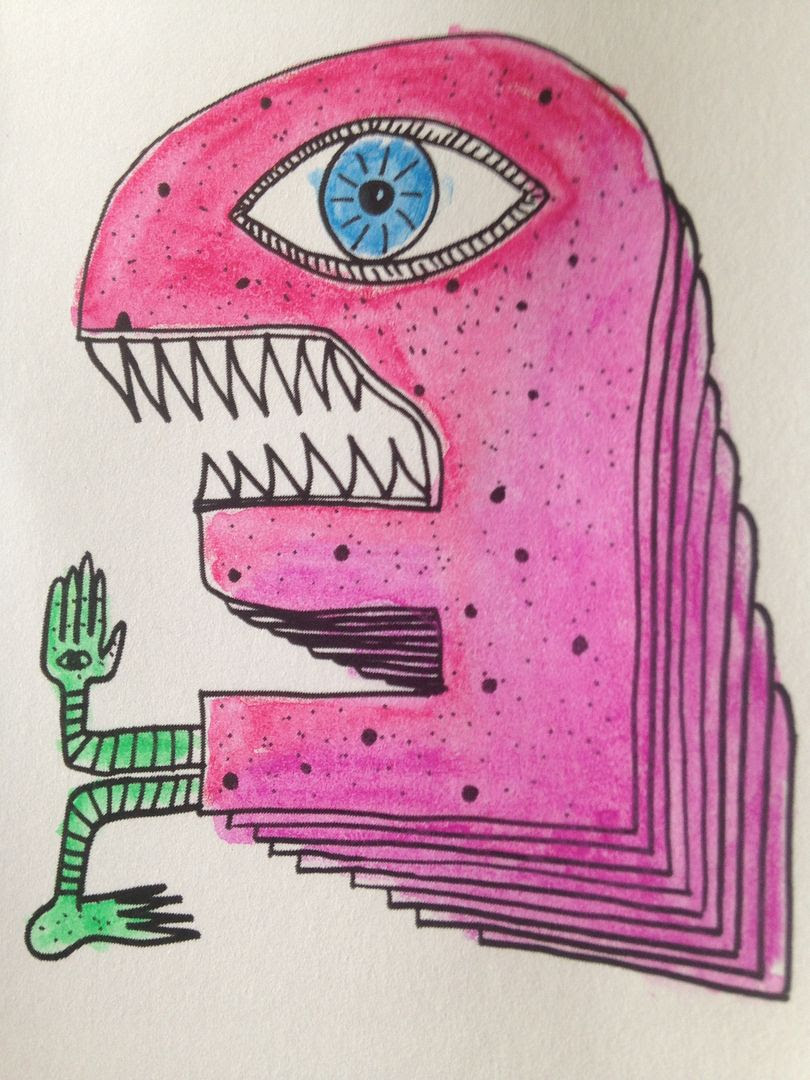 I don't know why I feel like I know who Carl Kruger is but when I looked him up through my Blogger I did realize that, yes, I indeed have not reviewed any of his music.   I'm not sure who he might be mutual friends with me on Facebook but I do feel as if he commented on something once and then he and I had an exchange and I kind of knew he was a musician but I don't think we became Facebook friends.   Regardless, isn't it fun how we can meet new people on Facebook?  I feel like I've met so many musician friends just because they were friends of friends.  I couldn't ever imagine this as being real life when I was in my teens.   I just can't even imagine.

Carl Kruger (I want to call him Professor Kruger for some reason, is that odd?) begins his side of this split with bubbles which sound more like boiling water than anything else.   There are dings and shuffling and it doesn't just have that kitchen feel of dishes but rather the feel of forks hitting plates and that whole idea.   It really feels like water is boiling on the stove and next to it is a pan and stirring utensil and Carl Kruger is cooking something up.   And, no, the next time I boil water for pasta I am not going to record it and see if it sounds similar (I do not want to drop my phone in boiling water or any recording device for that matter)

Louder static bursts come out and then there is also some beeping.   It's got this sort of harmonica vibe to it as well.   By the end there is just this eerie sort of glitch where it sounds like something you might call "glitch" but at the same time it just really gives me the chills like something out of a classic horror movie.  (For the record, classic horror movies are ones which came out before the 21st Century and usually involve John Carpenter or Leatherface)    It is also needs to be noted that for most of this piece there is this muted primal grunting in the background which reminds me of Frankgoshit.   But overall this does remind me of something influenced by Jay Peele, which I used to say a lot more than I do now so I'm glad it's coming back again.

NJ9842 begins Side B with an electronic symphony.   Drum machine beats come out at random and then it turns to glitch because it just keeps repeating in a way.   I used to have a lot of different CD players when I was in my teenage years.   I'm not sure why, but I wanted to have all of these five disc changers and what not and I'd always have them for less than a year before they'd crap out.   But when the CD would get stuck it'd just go into this repeat noise and that's kind of what I feel like I'm hearing in here.   (Side Note: Anyone who wants to make glitch noise, definitely use some old multi-disc CD players from the late 1990's)  One time, a Marilyn Manson CD got eaten by a six disc changer and I was like, "The power of Christ compells you!", trying to get it out and what not.

So anyway, there is a buzzing which comes out as well and I feel like we're in a video game or just on the outside looking in, kind of hearing the sounds of a video game consule.     I don't really pay as much attention as  I should to side lengths and everything- which I assume can be found at the Bandcamp link above- but there is a decent amount of dead air on here which I feel means that Professor Kruger's piece goes on for a bit longer than this one.  I also wonder what NJ9842 stands for exactly.  I can't remember the number pattern because 9842 doesn't really click with me, but I do remember it starts with "NJ" because of New Jersey, though it's probably just a name such as Nick Jonas.   Could 9/8/42 be a birthday?  Could someone that old be making this??

Another split from Bicephalic Records and, well, if you've not gotten into their split series yet this is the perfect time to do so because "1/11-GR opal" has two artists I've never really heard before but enjoy both immensely. 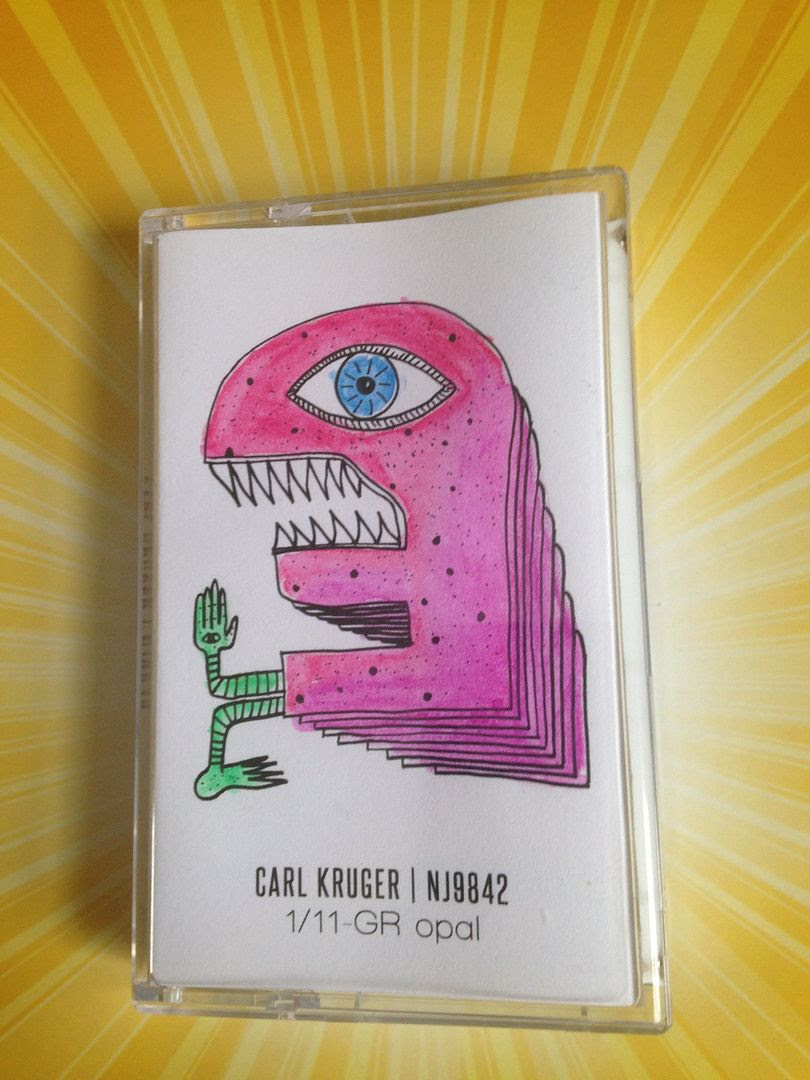 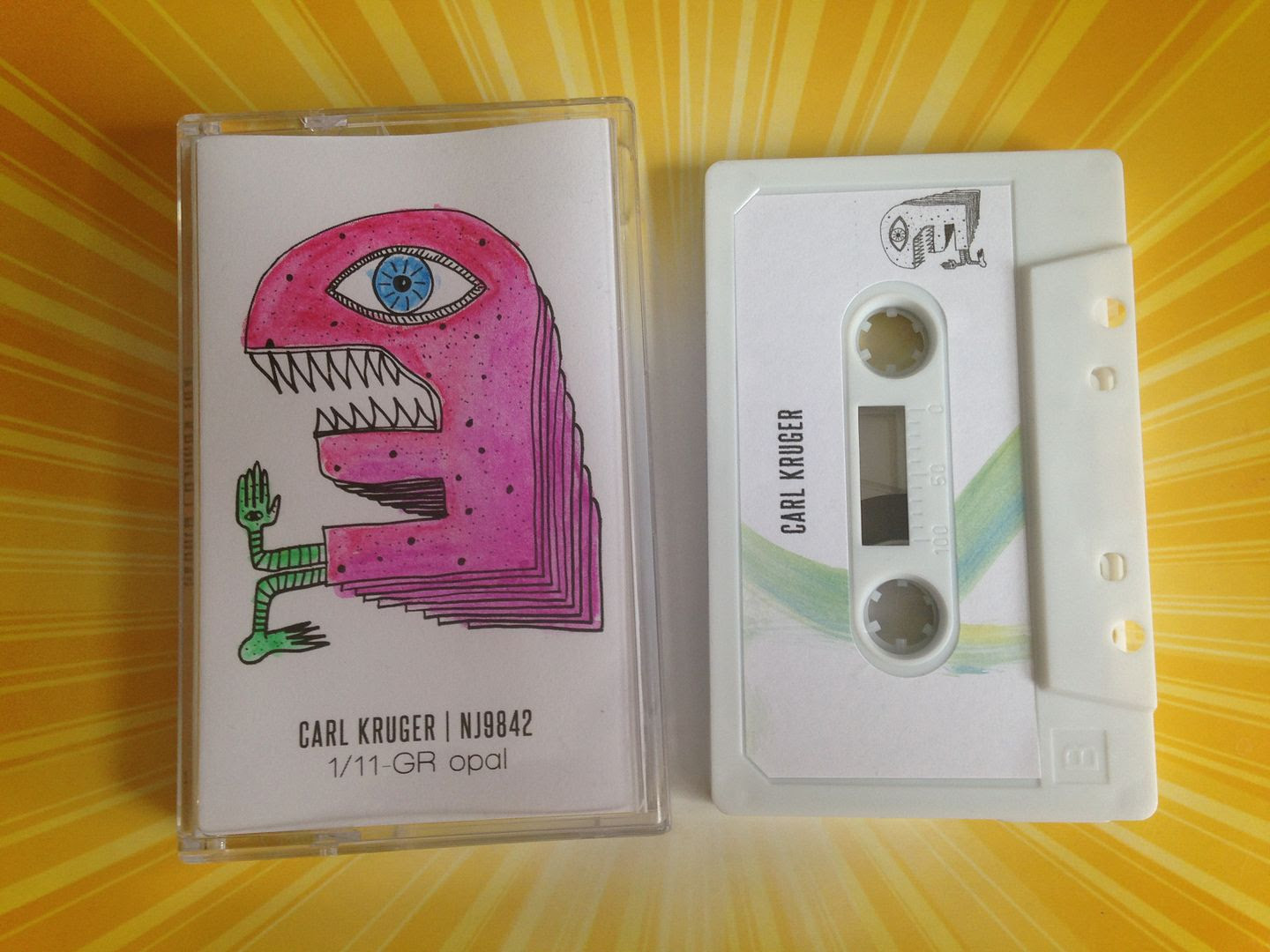 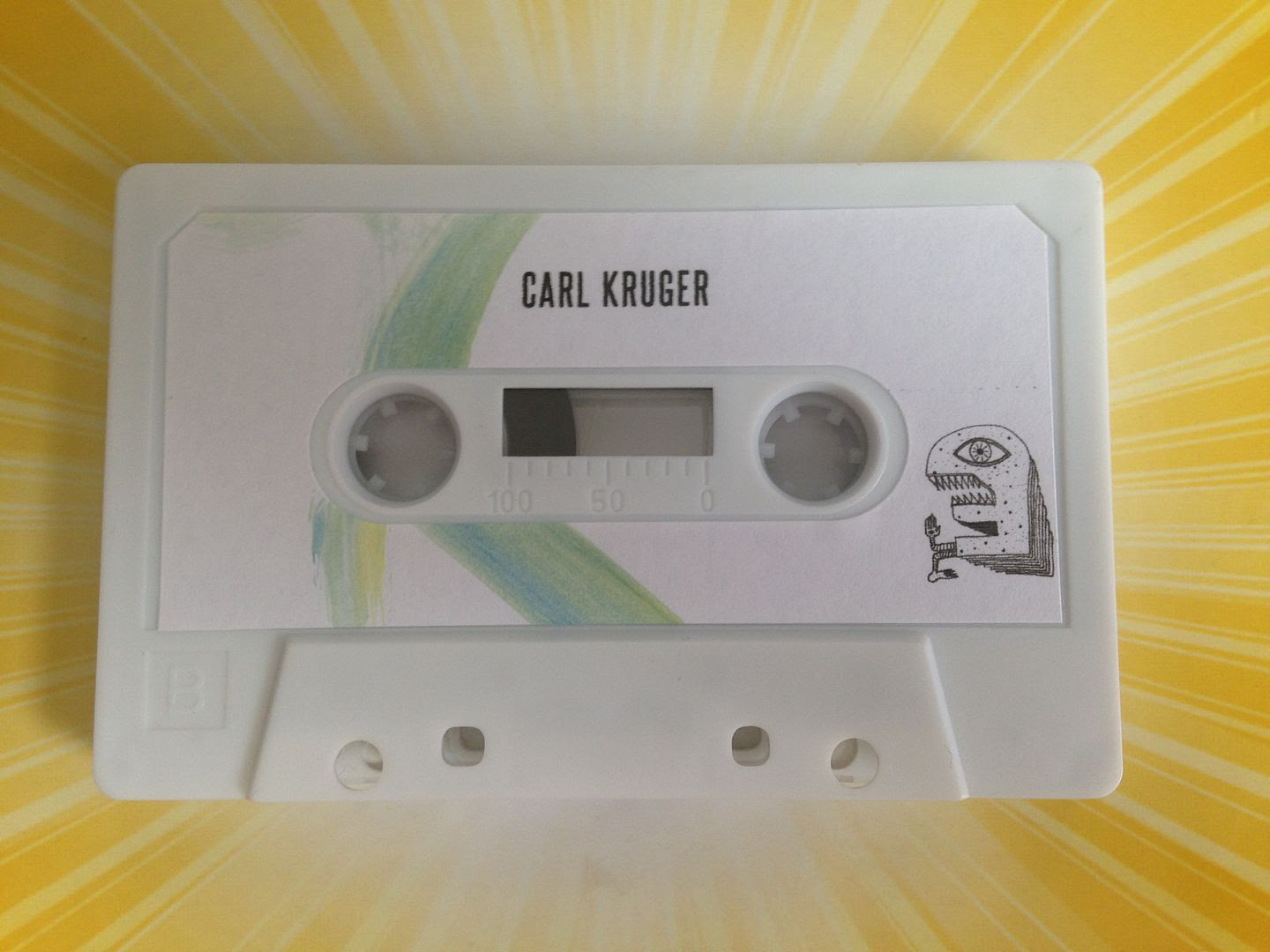 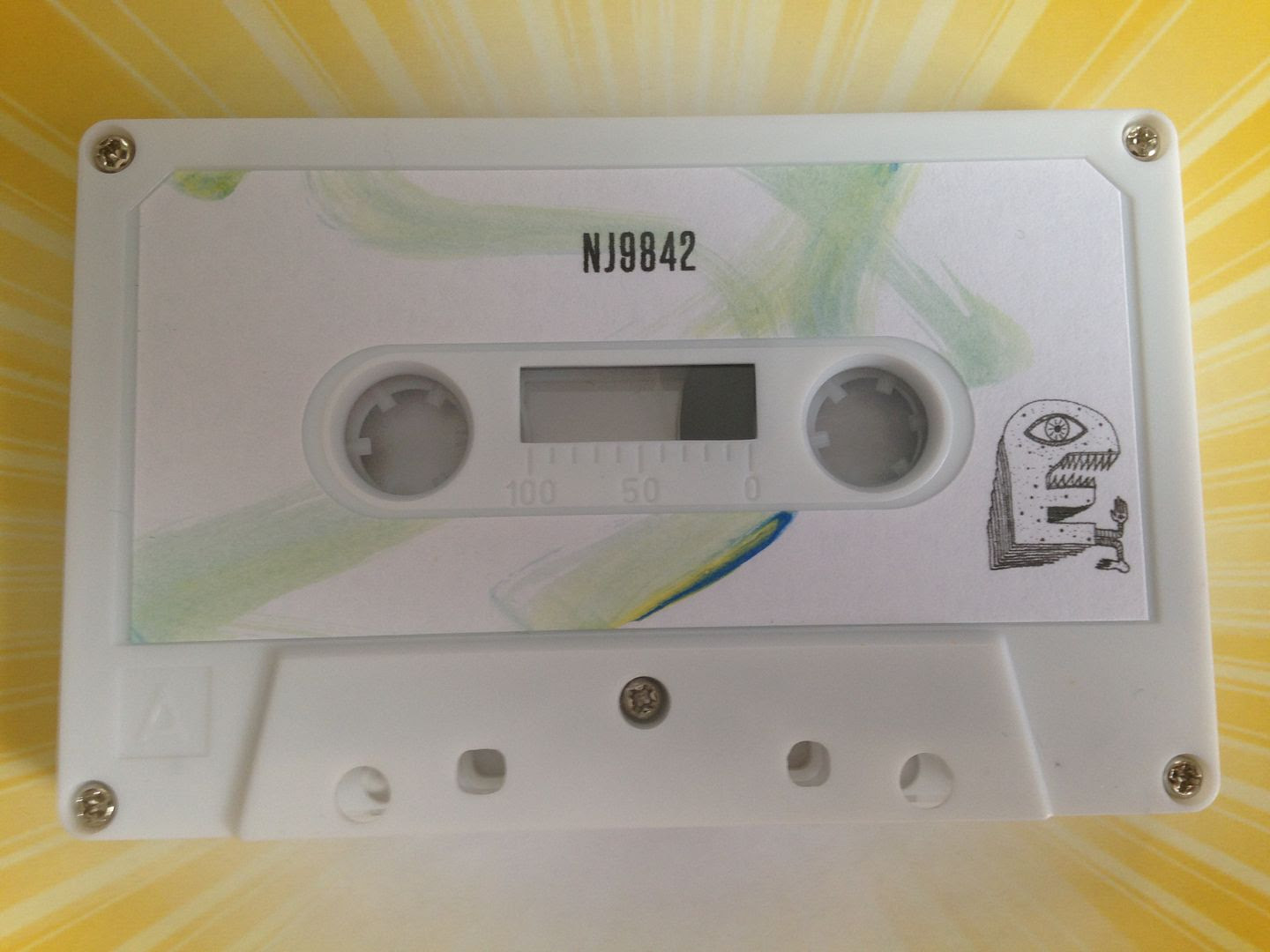 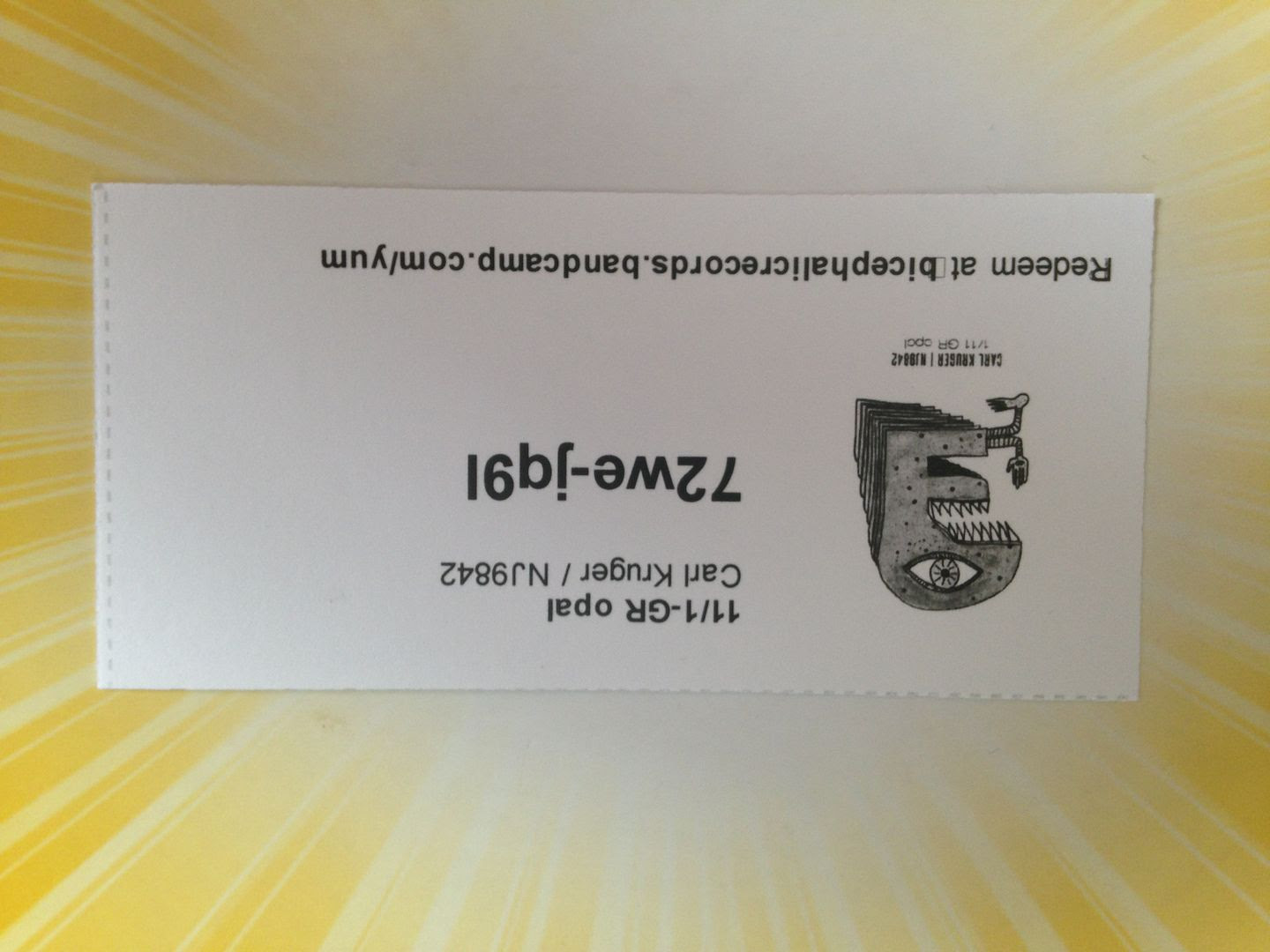