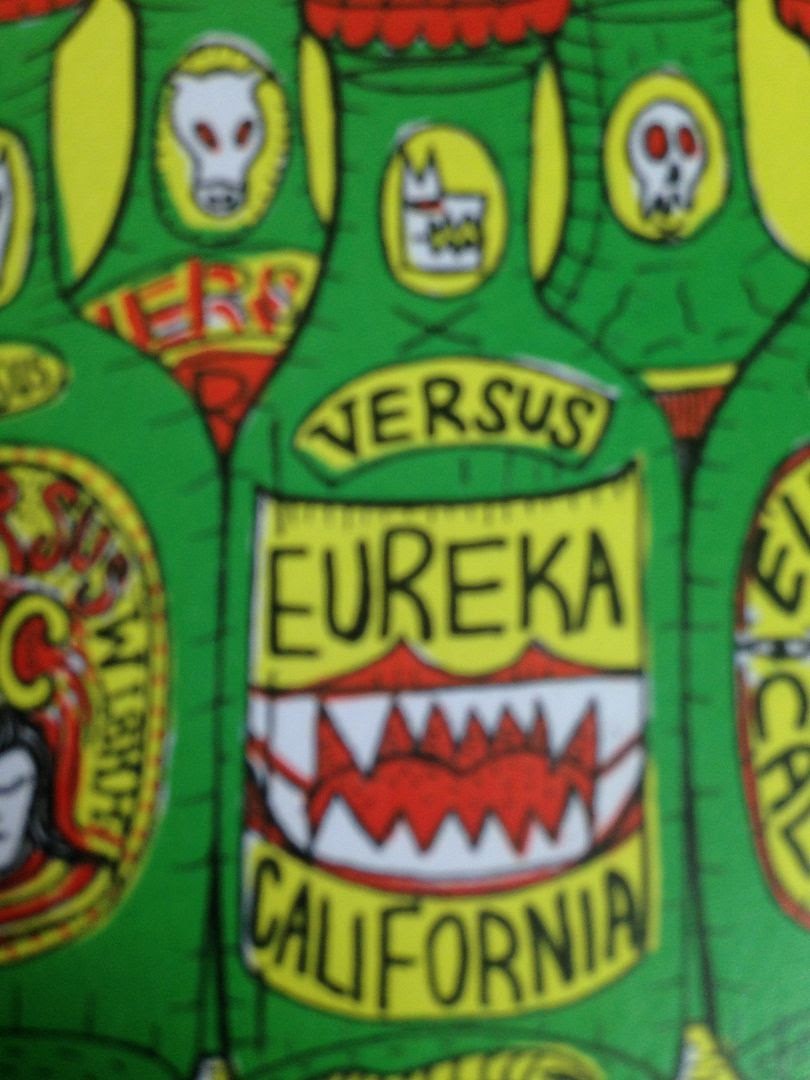 There are a number of ways to describe the music of Eureka California, some of which I have used already in previous reviews.   Eureka California is loud.   It is music which feels like you could hear it through your walls if your neighbor is playing it, you know.   But it's something more than that.   I've found elements of Dynamite Hack, The Mr. T Experience and Screeching Weasel in these songs, which I take it means they are borderline indie rock and punk, but there is this revolution stirring inside of them.    That is perhaps the most important thing you need to know about "Versus".

Through hints of Cadillac Blindside and old school Jimmy Eat World, Eureka California can just as easily belt out a ballad about not reading ahead and being in a phone booth- which is a dated reference, by the way, and that something that always bothers me about anything that has to do with Superman now, like taking that away from society took away a piece of a beloved childhood hero.    But then he says something interesting.   He calls his songs the anthem for the wasted years.    He talks about a wasted liberal arts degree and I just find myself relating the hell out of this.

Okay, so maybe I don't have a liberal arts degree but I did study computer programming and yet still myself stuck in a place where I'm making minimum wage and am older than I would like to be when making minimum wage still.   It's like, I wish I could just kind of take back the last ten years or so and use them to build a foundation so I could have worked my way up somewhere between then and now but the thing is, you could work somewhere your whole life and then just wake up one day and have it be gone so there are no real certain paths like that in life anymore.

And it makes me upset.   It pisses me right off.   I'm angry that going to school isn't enough anymore and now you need three to five years of relevant experience.   Like, what the fuck was I doing in college if I was supposed to be having all of this experience too?  I know, I know, internships are the way to go but it wasn't that way *before* I went to tech school it only became that way after I graduated.   That seems to be the story of my life though: once I accomplish something, unlock a "level up" in my life, if you will, they change the rules.   I feel like Mario Mario every damn day when I go somewhere and have to read "I'm sorry but our princess is in another castle".

In these songs I can hear guitar chords like the Cranberries song "Zombie", which reminds me of the cover that Screeching Weasel did of it and thus my earlier comparison, but I also hear some Local H in here, if only because of the line "Everybody had a hard year".    As we get to the end of this one the theme becomes wanting to go to a place where nobody knows your name and it is what I like to call a reverse-"Cheers" effect (Which works on various levels because of the sort of depressing tones of the music as well) and then he simply says "I'll never go back again".

When I lived in Connecticut the first time I felt like it was such a small state and I knew everyone and all of that.   It was like you couldn't walk out your front door to get the mail without having twelve different conversations with people you knew from somewhere.    Then I moved to Houston, which was huge and I still went out places and constantly saw people I knew.  I thought the whole idea of "big pond, little fish" would work in Houston but it didn't.   Moving back to Connecticut has at least kept me out of the radar for the most part and so I do like that, but yeah, one day I'm going to have to move into some sort of isolation.

I've always known music was important and sounding good is something everyone who gets into music should aspire to-- and I don't mean you have to appeal to everyone but you should have an audience because even if you claim to be making music for no one and you're some kind of "outsider" then you still kind of have an audience-- but thinking all of these thoughts and relating to this cassette the way that I do just seems to take it to a whole other level. 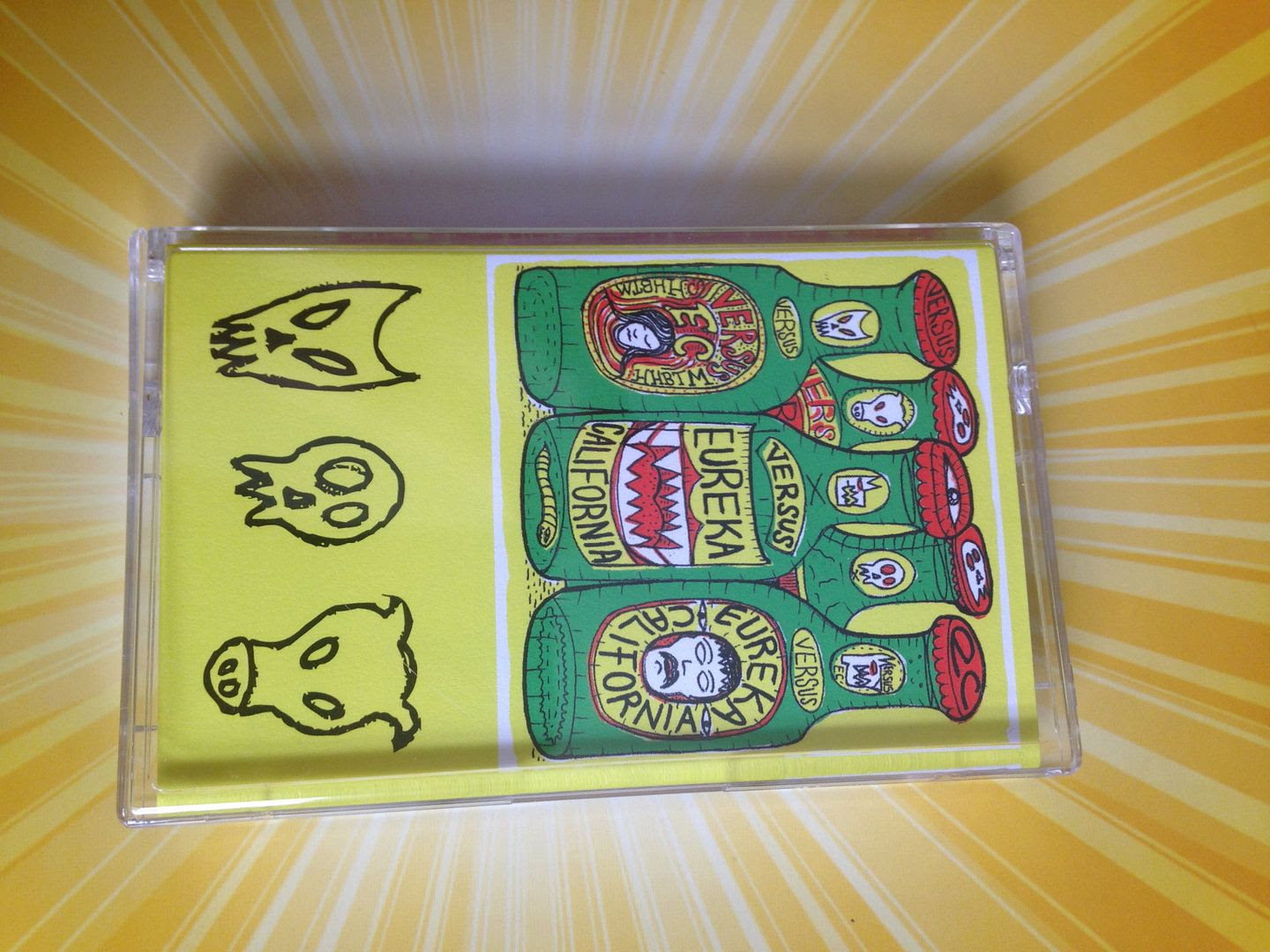 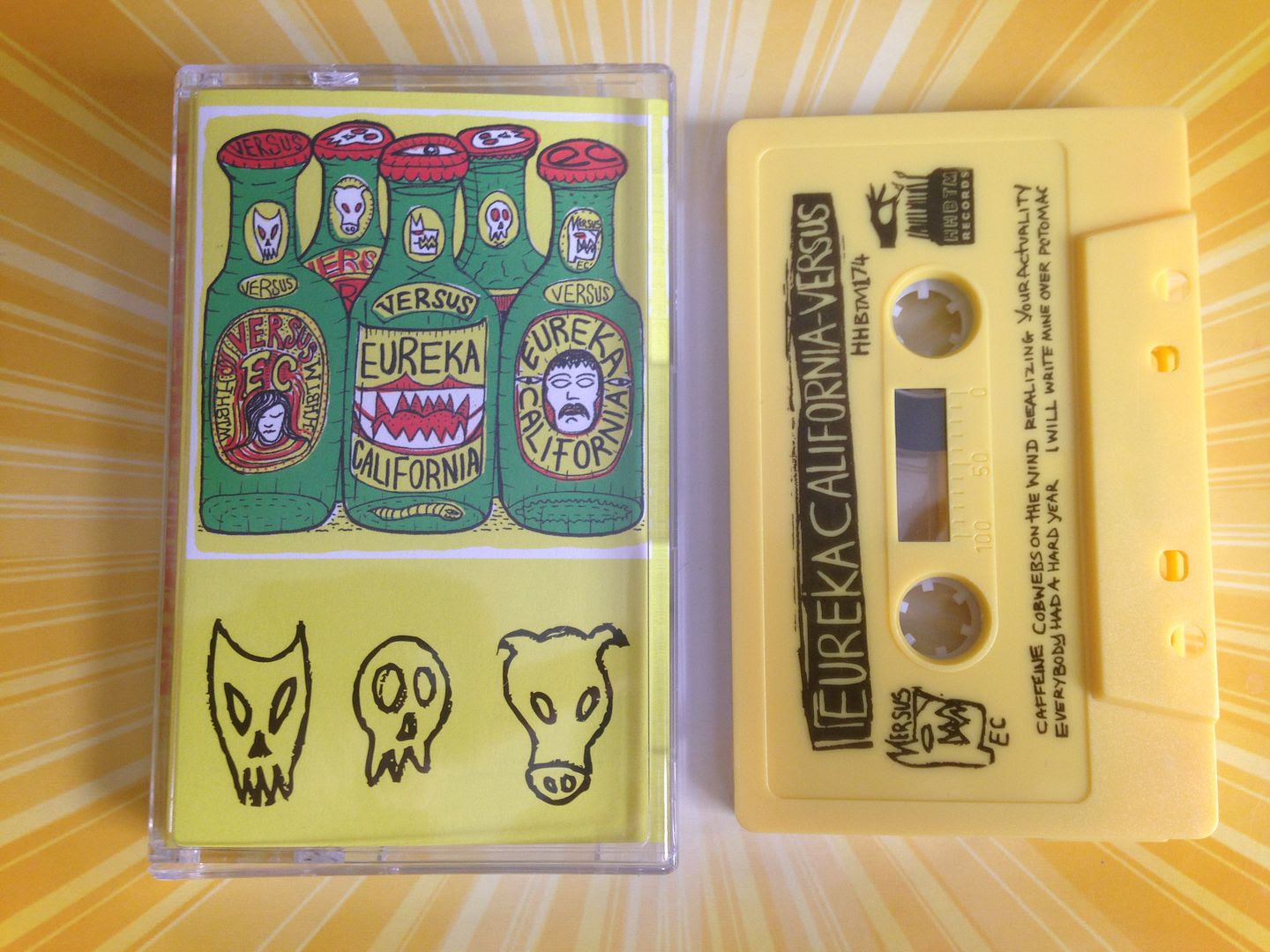 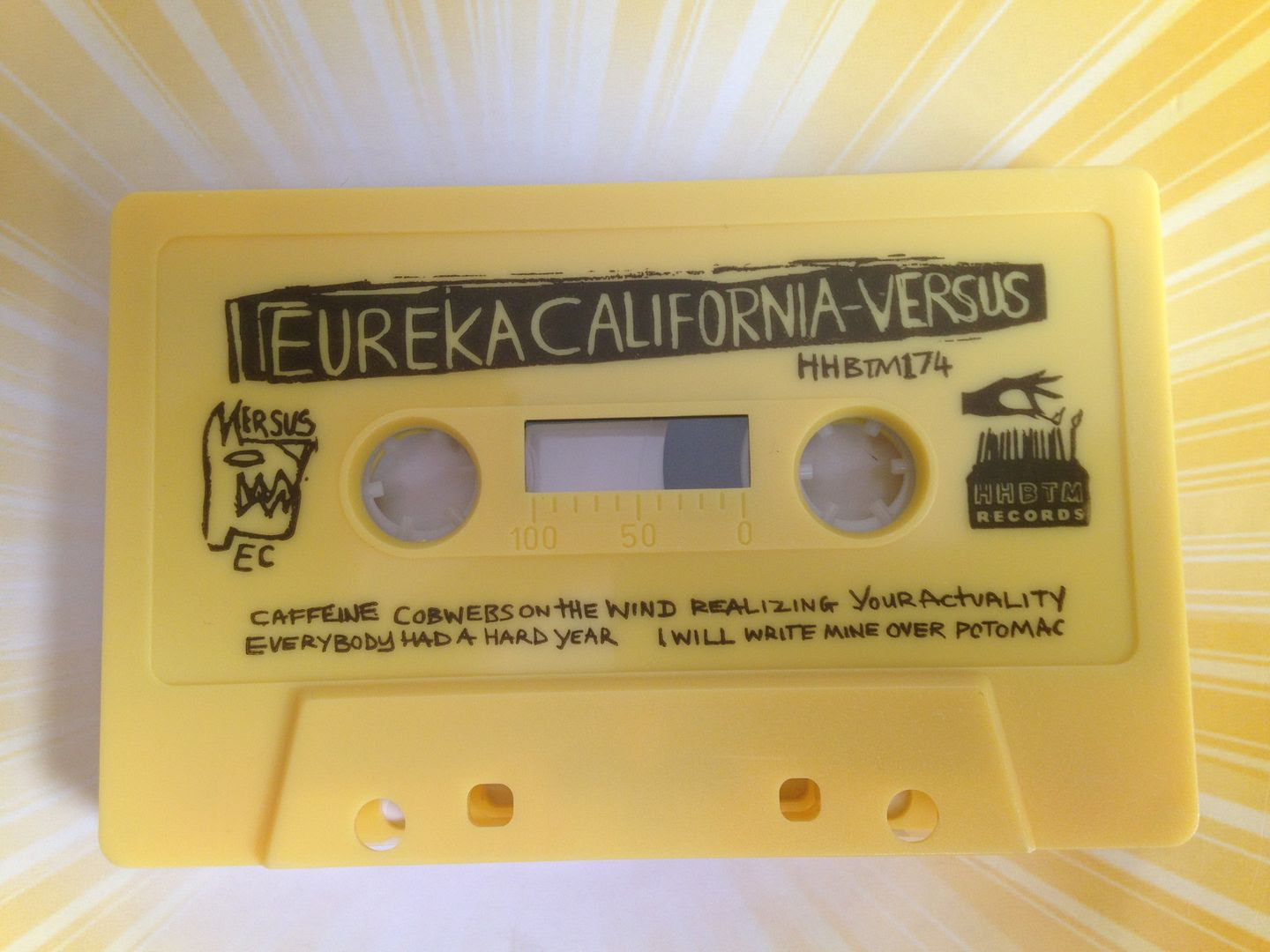 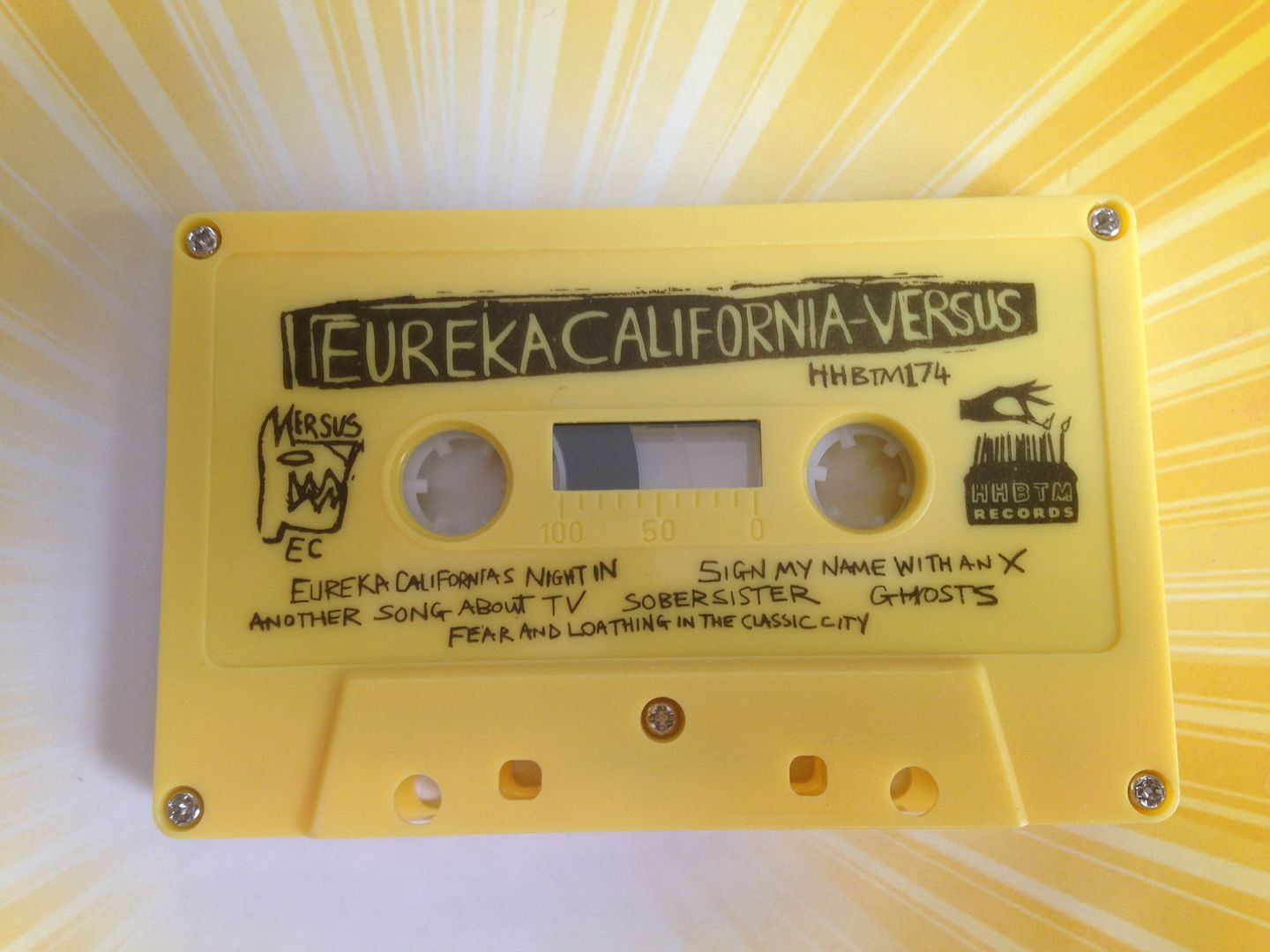 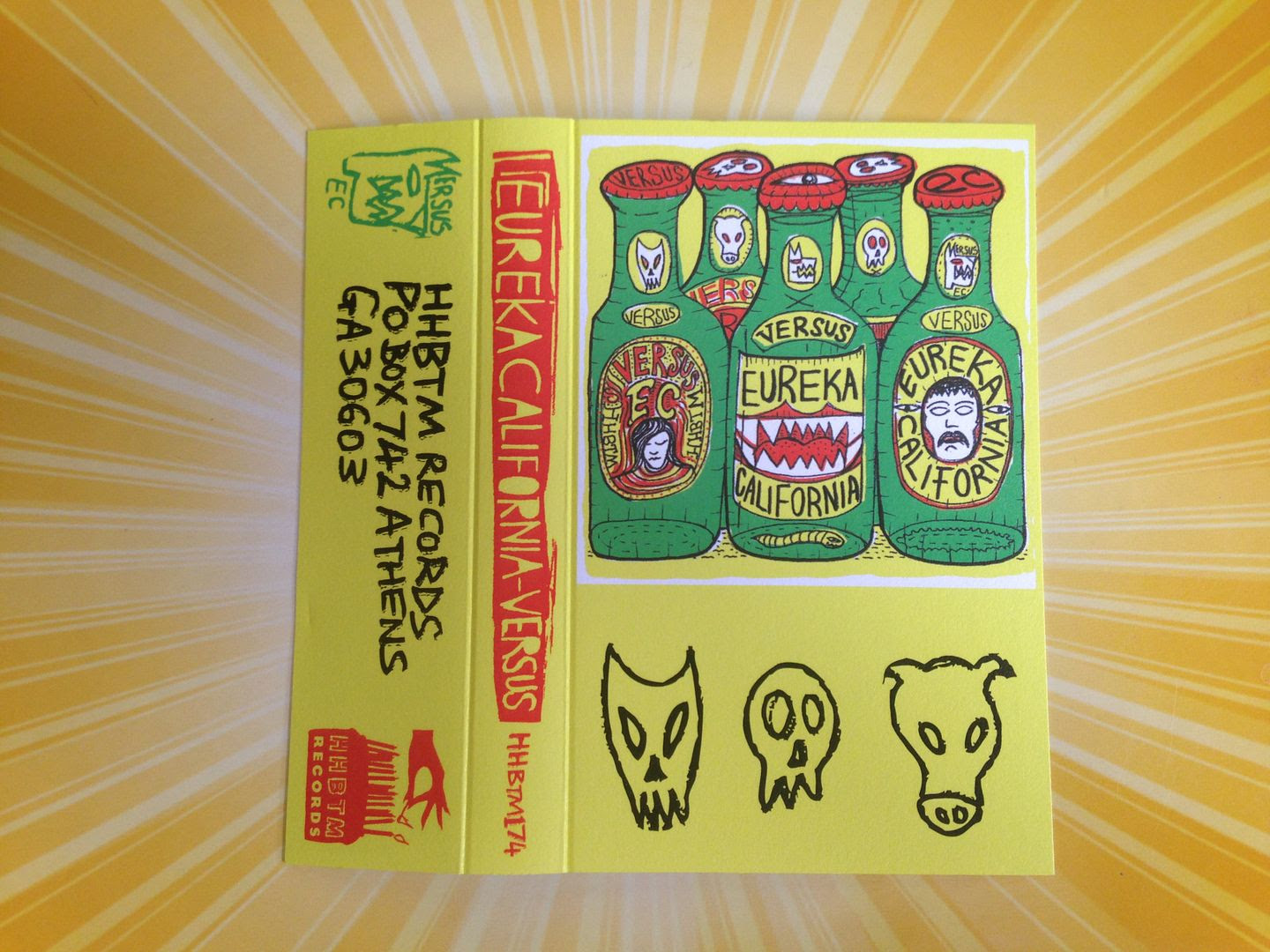 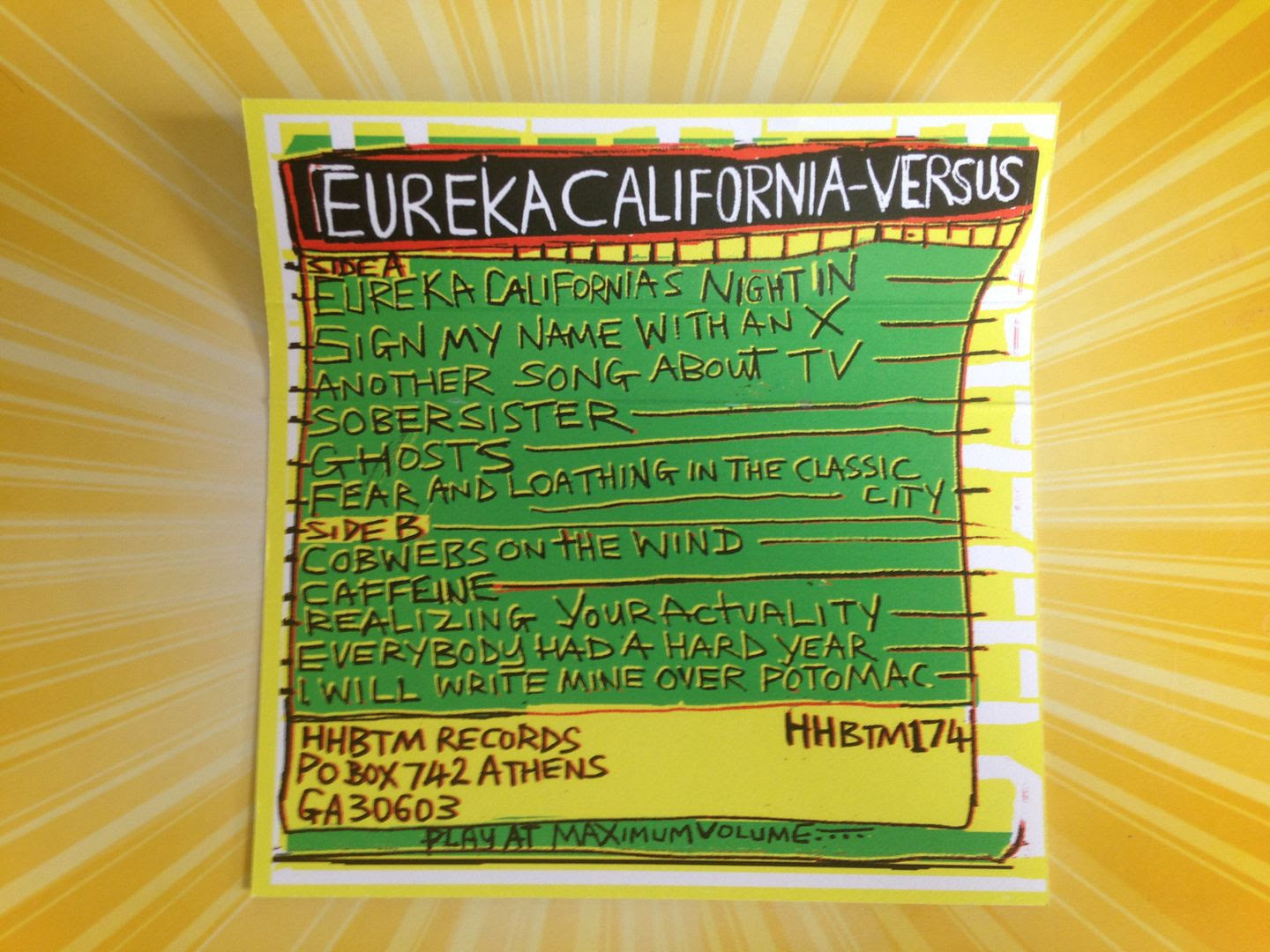