This is what happens to Baxter Stockman and, oddly enough, he spends much more time as this character in the series than he does in his human form.   I think I like this action figure so much though because it obviously reminds me of the classic movie "The Fly".    While Stockman-Fly does exist in the 1980's series of Ninja Turtles toys, I don't recall ever having him and he looks a lot more human in that series than he does in this version which just somehow seems darker.    Really, this just feels like another one of those figures that I'd likely buy because it looks cool even if I didn't have that big of interest in this action figure line on the whole.

I definitely prefer this version of Baxter Stockman to the other action figure they made and not just because I find it funny that he comes with a candy bar.    Aside from the typical unpainted decor that Playmates seems to always be guilty of even without my having to point it out, this figure is pretty cool.    If I was buying these for a child that wasn't my own, I would probably deem this version a bit too scary for a kid and stick with the Half Shell Heroes version which is somehow a bit less frightening.

One thing that needs to be noted about Stockman-Fly is that he doesn't get a cool mutant name, as Mikey tends to name everyone, but he is just still referred to as some incorrect version of Baxter Stockman.    So why when everyone sees him and calls him something wrong instead of Mikey renaming him is a question I often wonder about.   I mean, Rahzar was named twice by Mikey (Dogpound first) so Stockman-Fly couldn't become FlyGuy or something like that?   I mean, I don't come up with the names, but that was always something I wondered about.    That and how Baxter Stockman manages to maintain a lot of his science skills even though he is now a fly.    Still, a solid action figure and one of my favorites in this line for similar reasons as The Rat King. 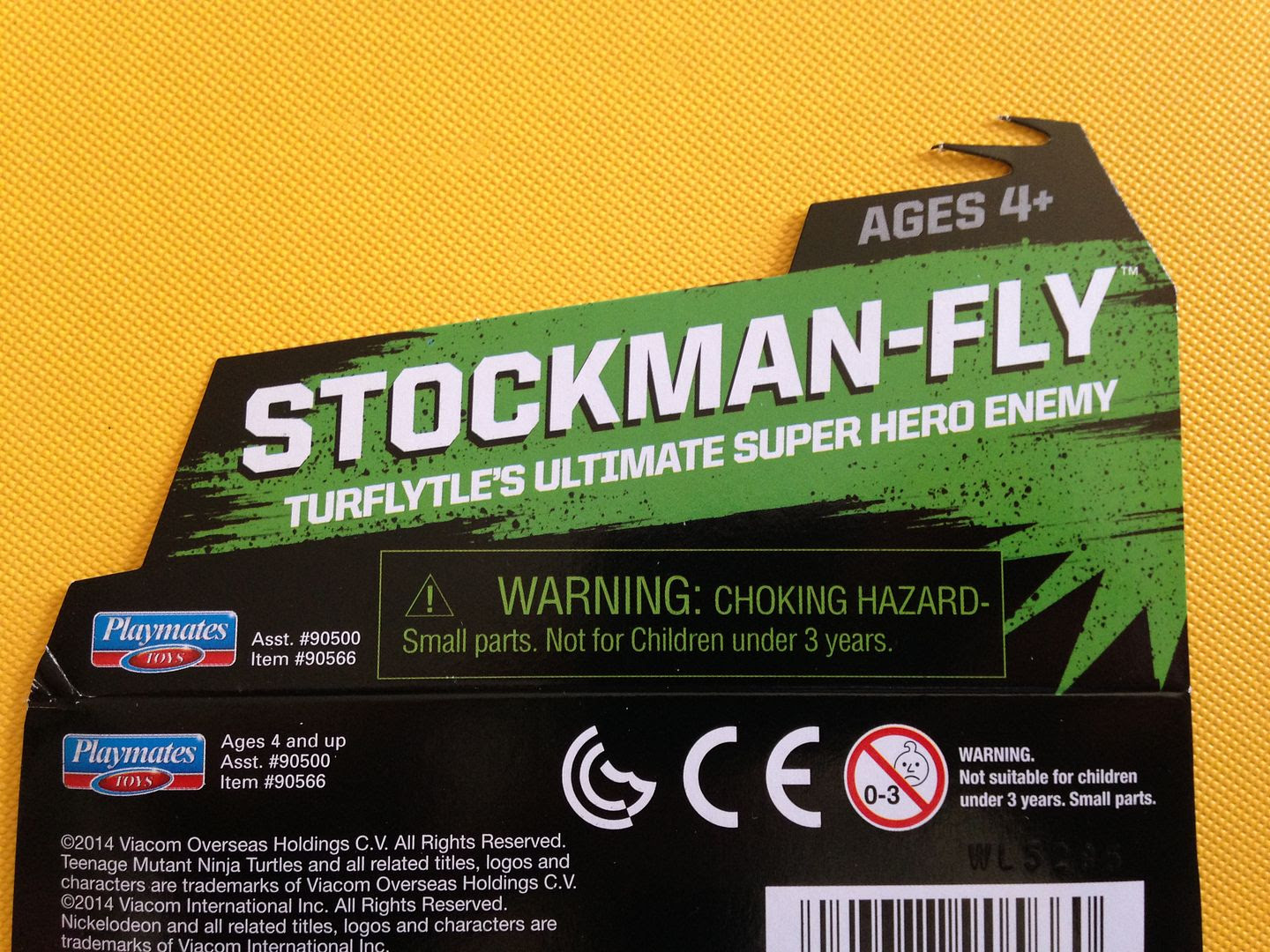 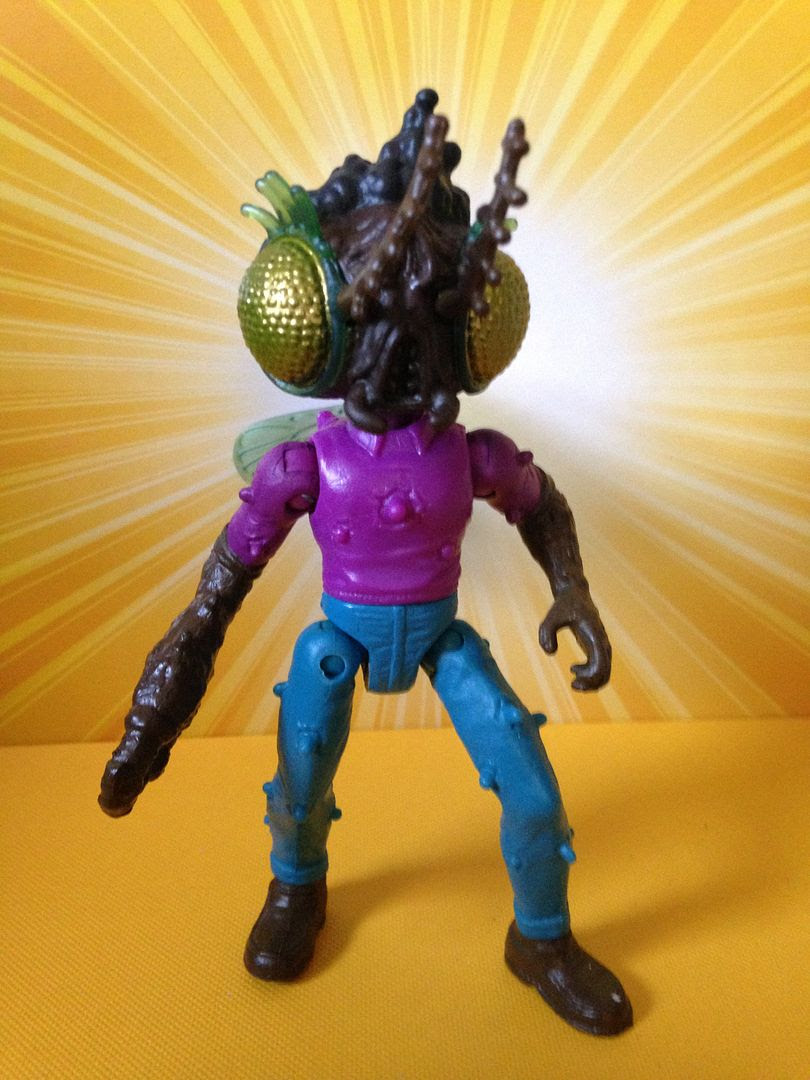 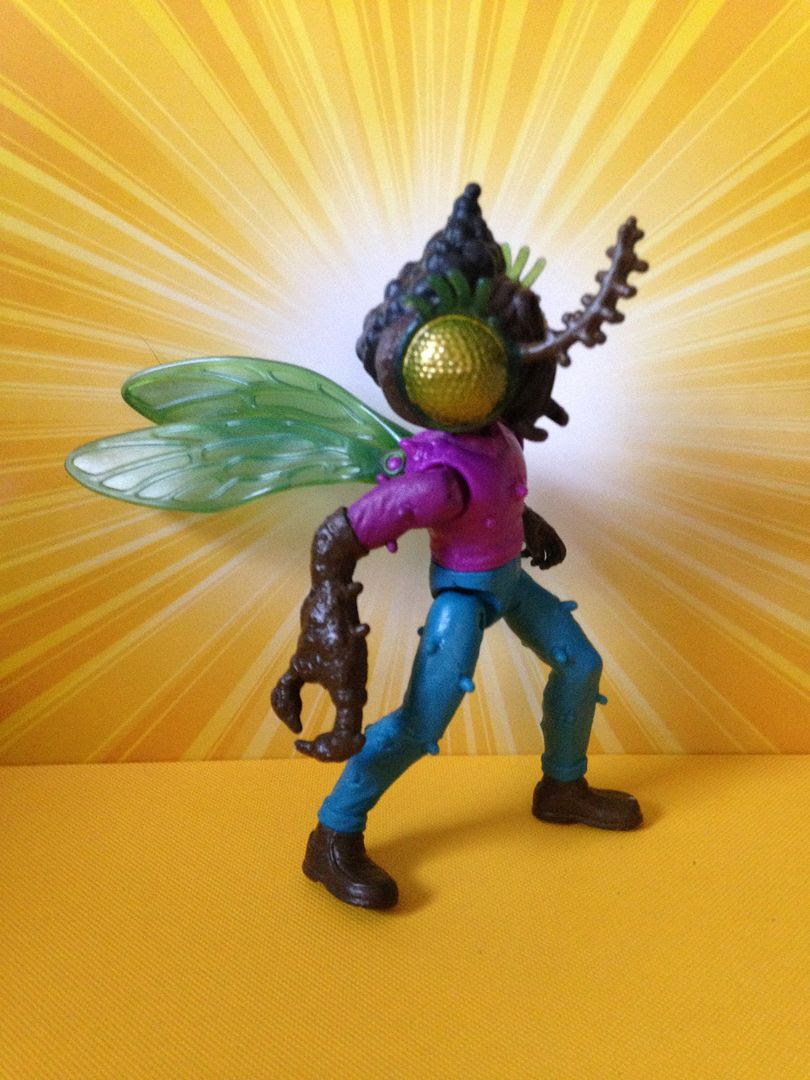 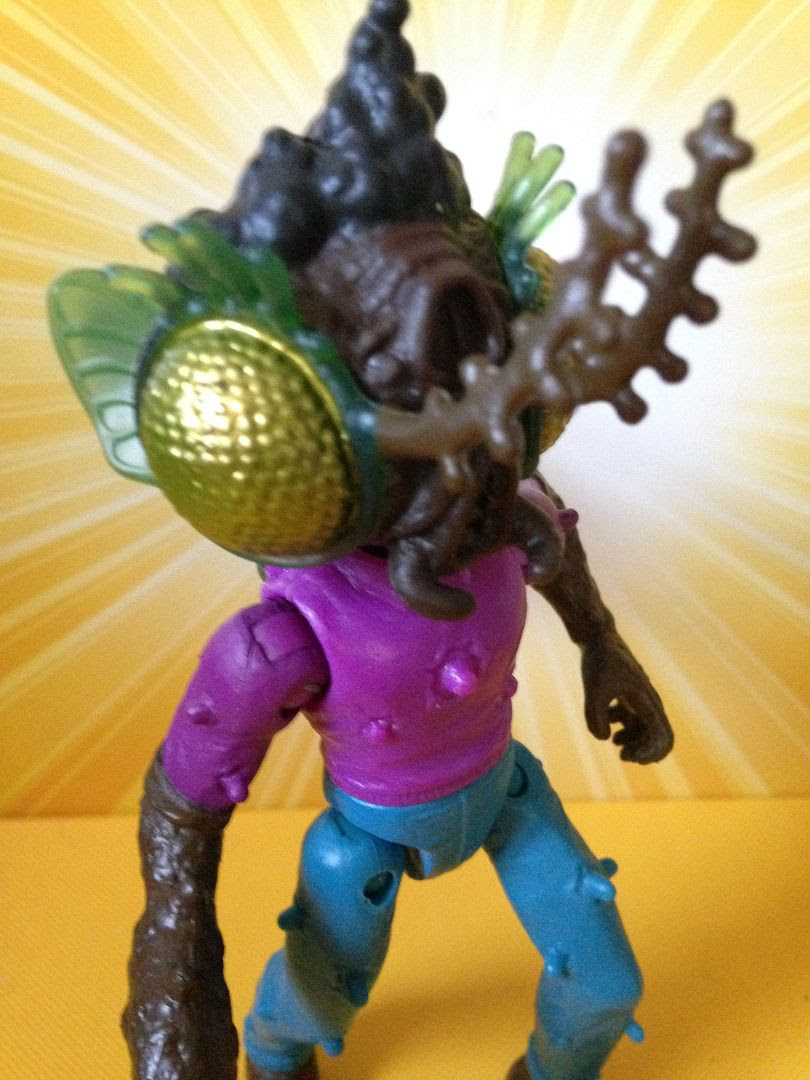 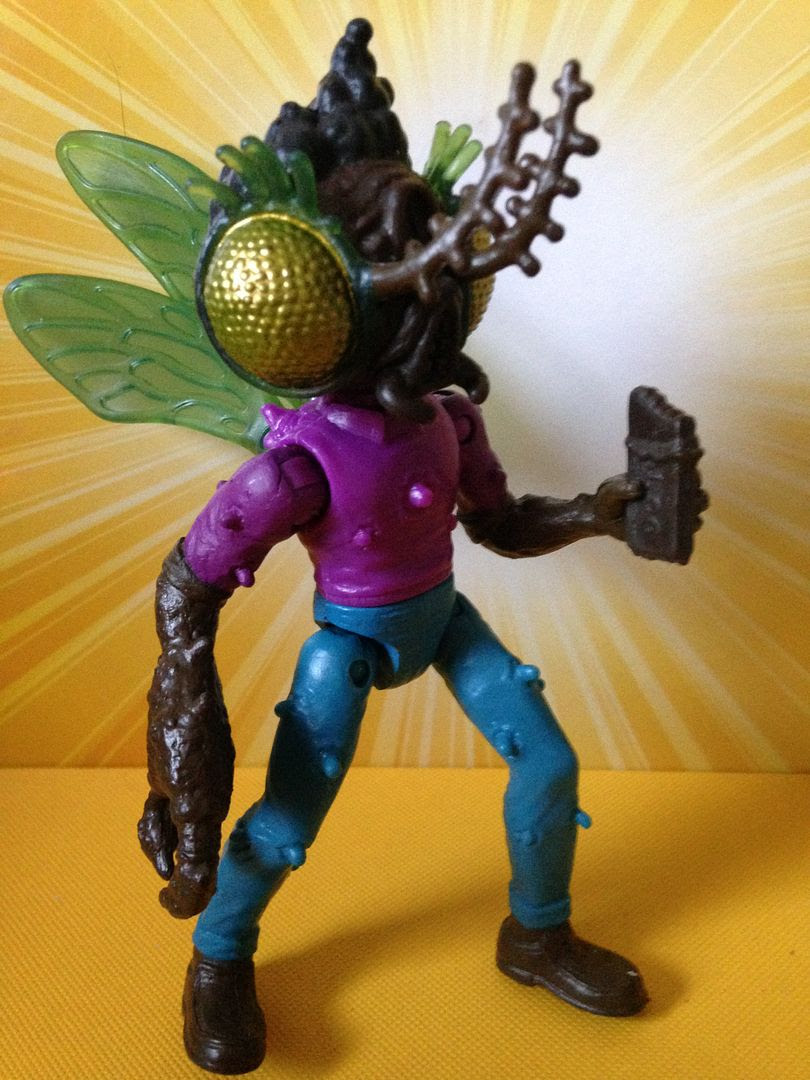