Napoleon Bonafrog makes his TMNT12 debut in the episode "The Croaking" and though he has an old school action figure as well I never remember owning it as a kid and so he still remains somewhat new to me.    Though not really a bad guy, Mikey doesn't name Napoleon either, as he comes with his name, but that doesn't stop Mikey and Napoleon from forming a bond.   Napoleon has that classic syndrome where he tells Mikey he's the best ninja ever and is the leader of all of the other frogs when that is simply not the case.   I think the two characters feel linked because neither is really taken seriously until they absolutely need to be.

It also makes sense that this character named Napoleon is voiced by Jon Heder.    He comes with a spear and fanny pack and just seems pretty much like someone you'd want to travel through time with.    He feels rather detailed, but at the same time is small compared to some of the other Turtles toys.    When I first saw him at Walmart it was exactly what I thought- how small he was- but for the character it works.    We also walked into a Walmart one day prior to Christmas and saw him sitting on a peg along with an entire peg of Mozars so it felt good.   After that, we kept seeing him in various stores but the feeling of finding him in stores was nice and that sort of surprise I don't always get anymore as an adult.

I'm not sure yet, as I type this, whether or not we will see Napoleon Bonafrog again but I certainly hope that we do.   Since "The Croaking" we haven't made it that far into Season 3, so he has plenty of time to show up again it's just a matter of waiting.    I do hope we see all of the frogs again though for that matter, if only to further the chances of a Genghis Frog modern figure, but they just also seem to be such fun characters and to know that a race of frogs who hates humans exists makes me feel a little bit better about the Turtleverse. 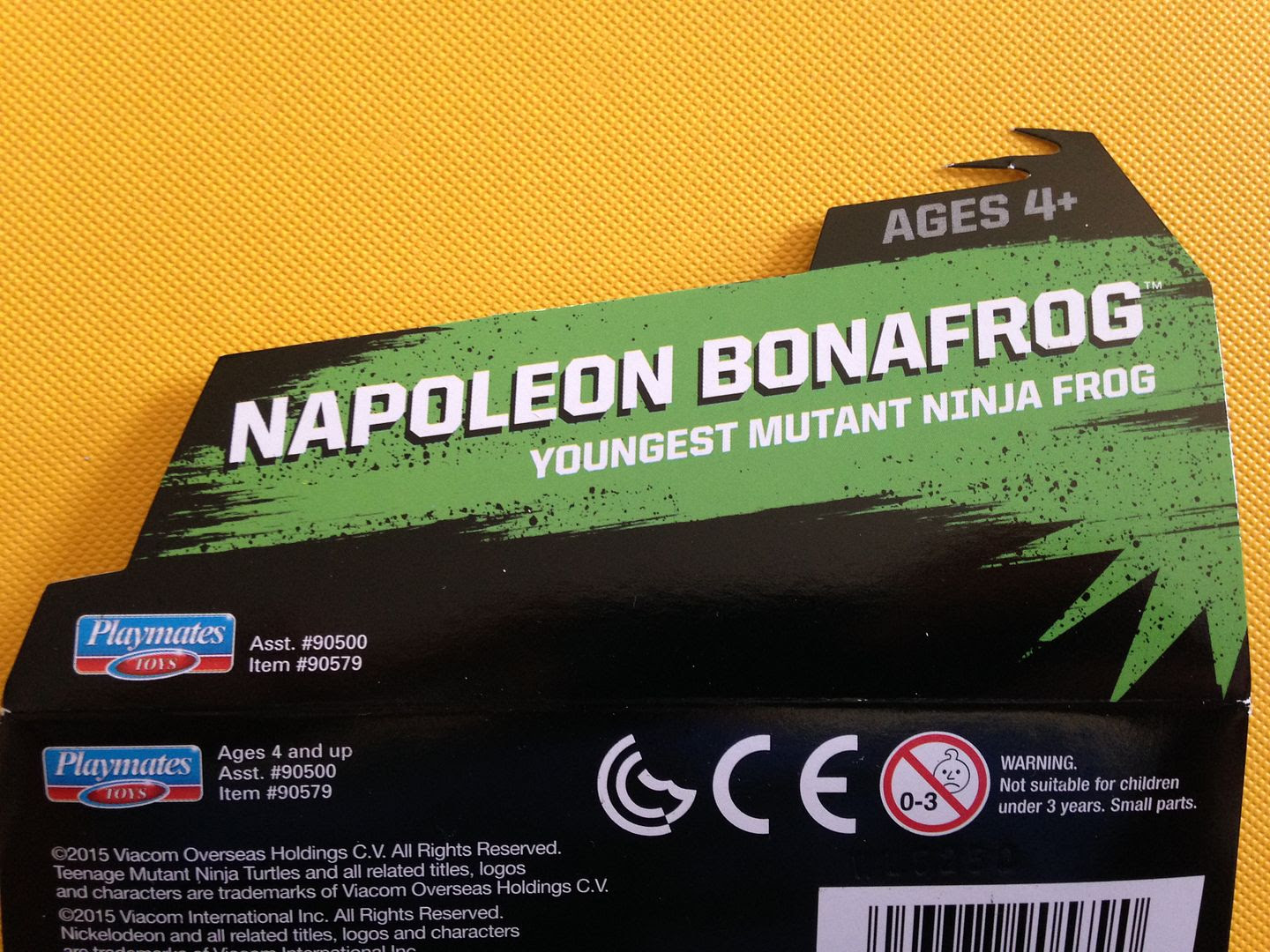 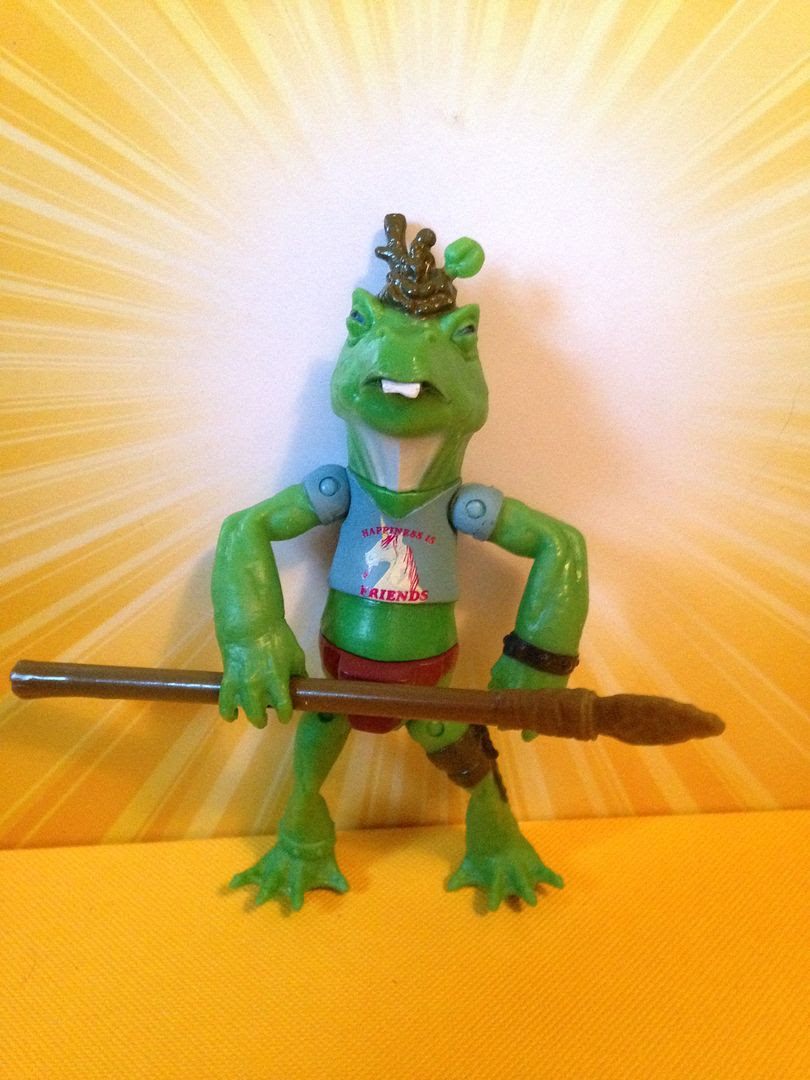 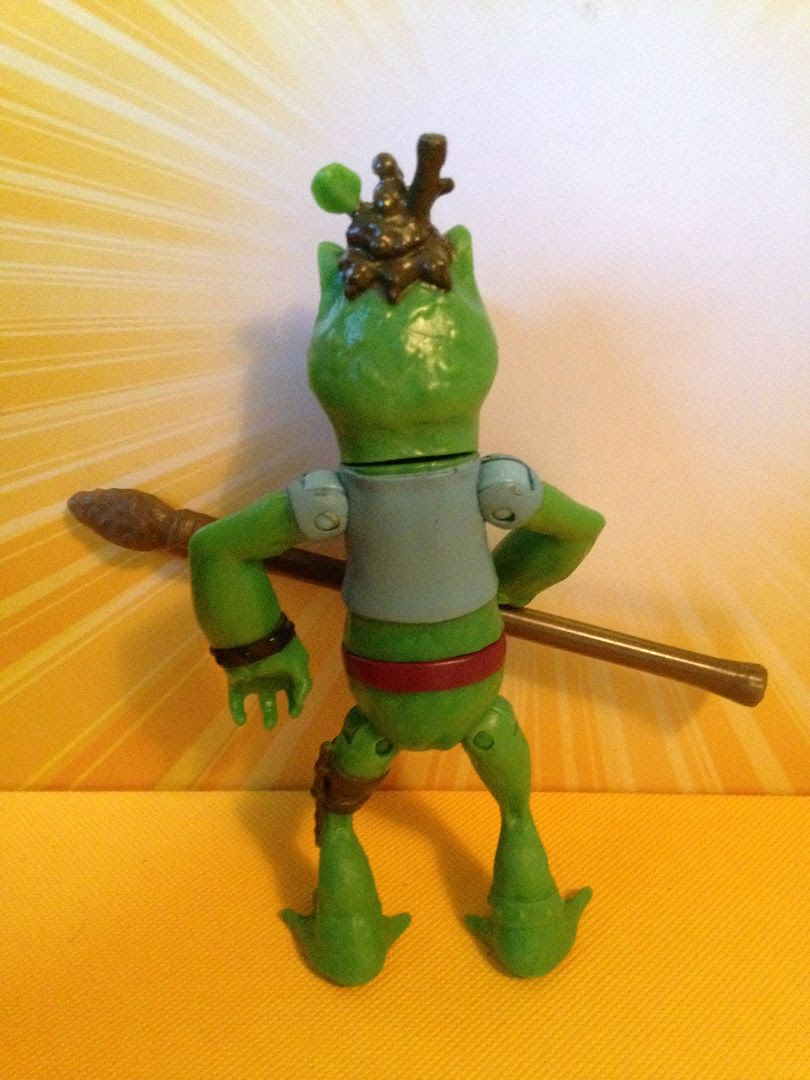 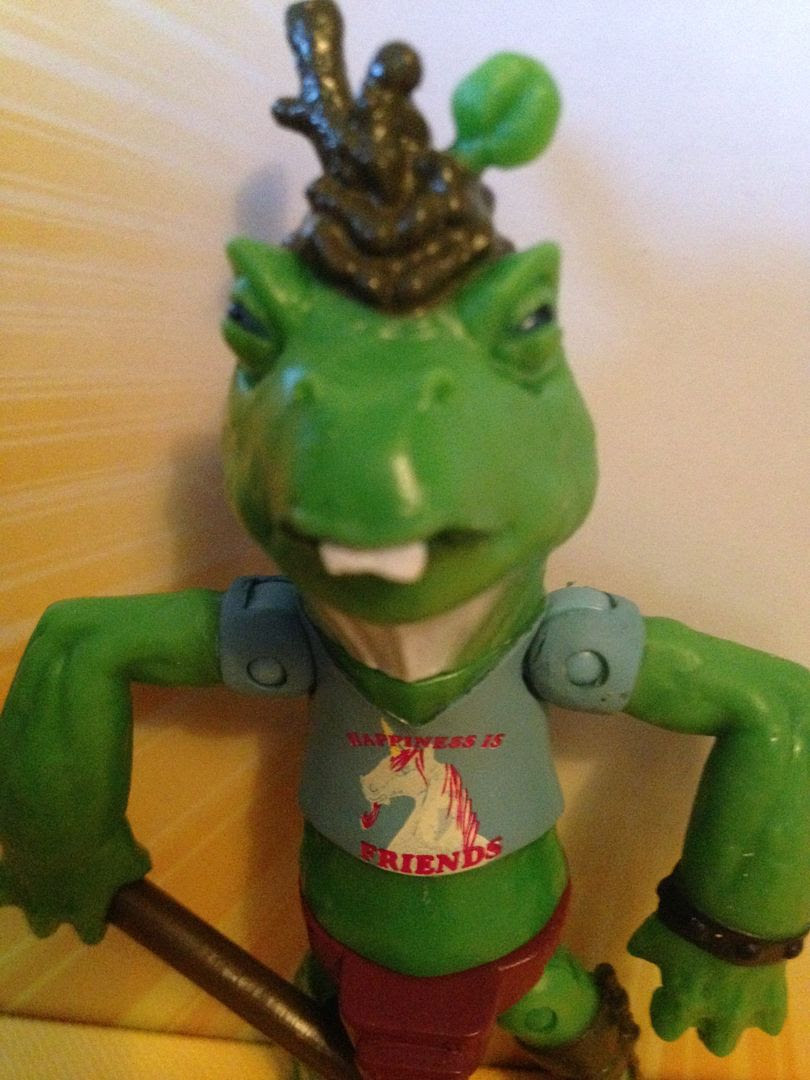