After Kraang and Snakeweed in the new animated series came Spider Bytez.   Spider Bytez is a character that I had often seen in stores and never really cared about until we watched the episode in which he is featured.    For one thing, he is voiced by Lewis Black and boy is he angry.   For another thing, he keeps thinking that the Ninja Turtles are frogs to the point where it becomes too funny.   At one point, perhaps at the beginning of the episode when he first becomes mad at the Turtles, they tell him that frogs are not reptiles and they are not frogs.   It's pretty funny actually.

So obviously Spider Bytez wasn't in the original toy line from when I was a kid or else I might have remembered him better.   But he has these long spider arms on top of him which he uses to stab at things and as seen in the episode he can also spit out an acid type venom.   At one point, he spits it in a circle around three of the Turtles (not Raph) and they have that falling down a hole effect you often see in cartoons.   Oddly enough, the episode in which Spider Bytez appears is called "Turtle Temper" and it is about Raph keeping his cool and not being so... angry.    Yet, Lewis Black was the voice of Anger in the movie "Inside Out" some years after this episode.

What's funny about Spider Bytez is that he is the first character in this new Turtles universe where I've actually had no real interest in having the action figure for him.   Spider Bytez was on a (small) list of characters who we didn't have figures for but I wasn't really in a big hurry to buy them (Also included are Squirrelanoid and Cockroach Terminator) and just to further illustrate that point let me show you what a difference a few days can make.   On Christmas Eve, after going to the movies, we went to Big Lots and saw the Spider Bytez figure.   Though the figures there are $10 if he was someone we *really* wanted we would have bought him.   Fast forward to a few days after Christmas, after seeing the episode he is in and then finding him at Toys R Us and, well, that time we bought him.    Not more than three days later.

I'm not sure if all of the characters will have this same effect on me, but I can tell you that the Rat King is an example of someone who I thought looked like a cool villain even before seeing his episode (Which we have seen thanks to DVD but haven't made it that far yet on Hulu) so we bought the figure and yet Spider Bytez has the opposite effect- he wasn't cool until we saw his episode.   Will I be won over by my other sort of non-favorites?  I don't know.  I might just get them for completionist purposes though.   But this Spider Bytez figure is pretty rad now when I imagine him spitting out acid and talking like Lewis Black.   Someone please Photoshop Spider Bytez onto "The Daily Show".

Oh, and it is worth noting that the plot of the episode featuring Spider Bytez (Aside from Raph learning to control his anger) is that Spider Bytez- as a restaurant owner or whatever- had a video of the Turtles he was using to blackmail them (see what I did there?) and he at one point was going to hand it over to the Kraang but anyway, the video wasn't on a VHS tape or whatever but was a flash drive.    This seems like an appropriate accessory for Spider Bytez but since it would be too small and get lost easily I'm not disappointed they didn't include it.   Though they did give Bebop that really small grenade so who knows, but it would have been a lot smaller than a grenade anyway. 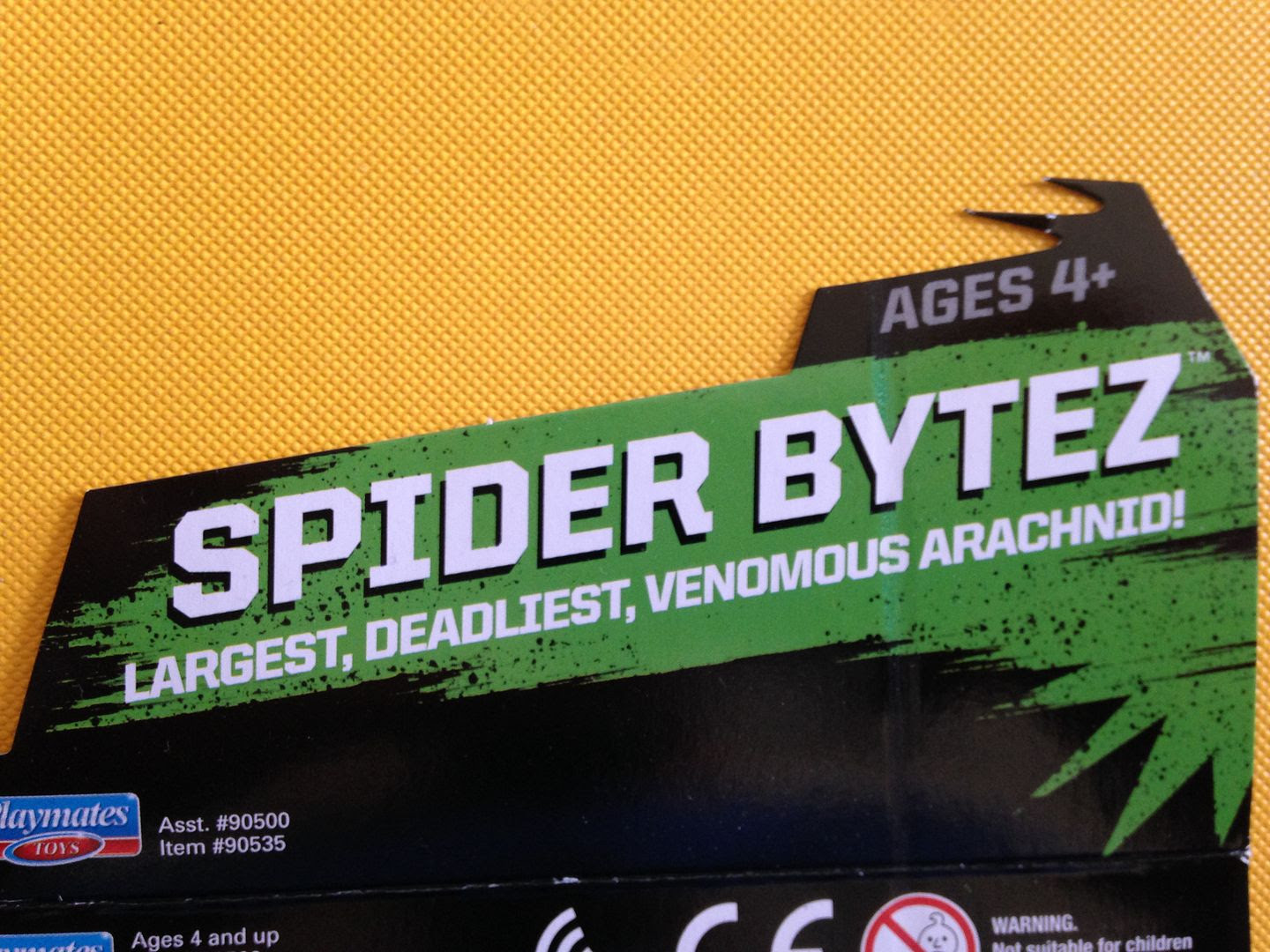 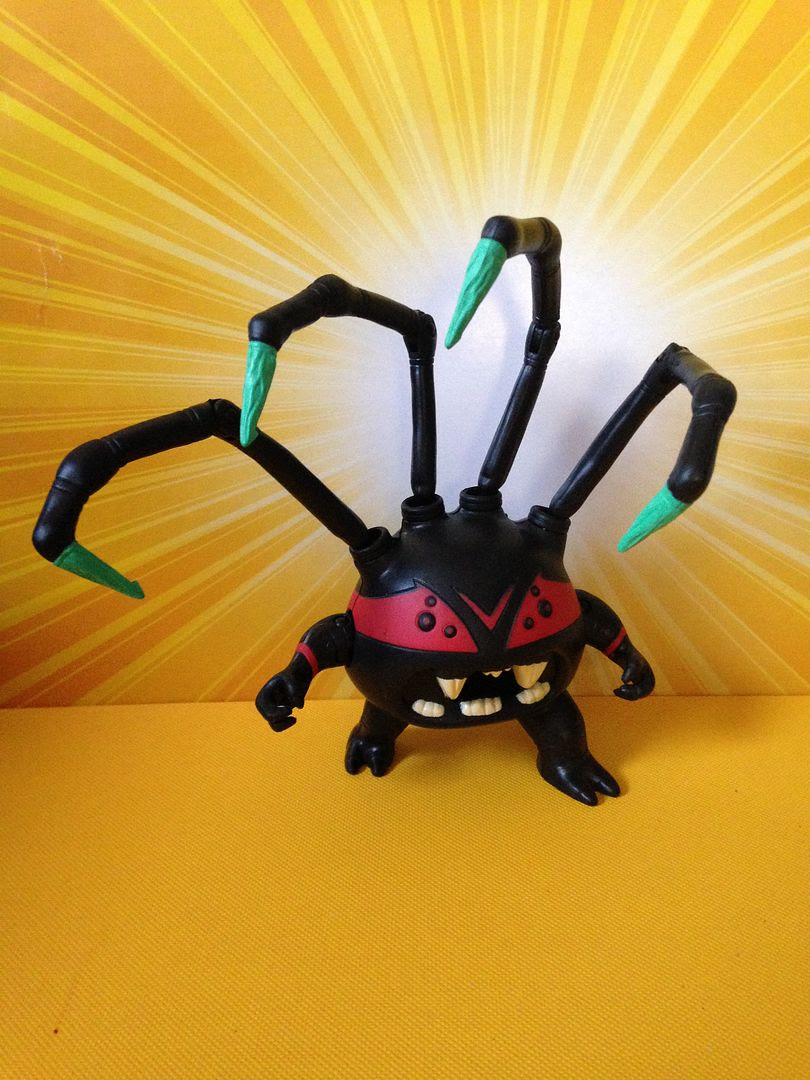 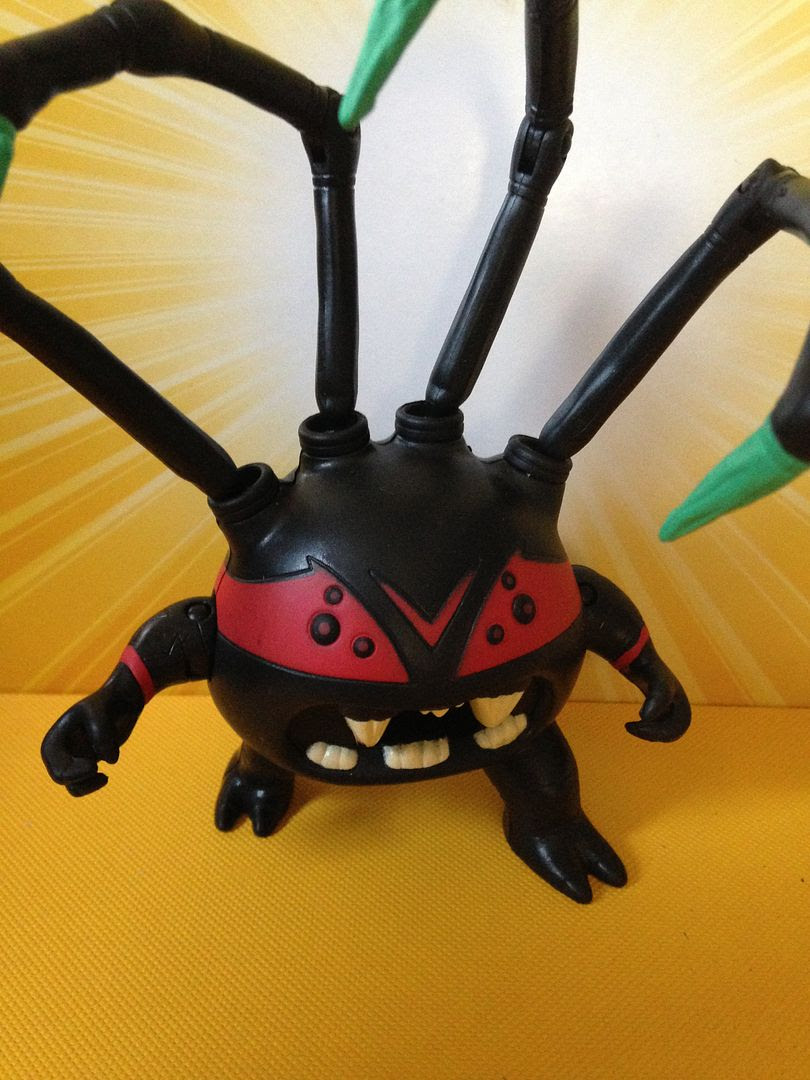 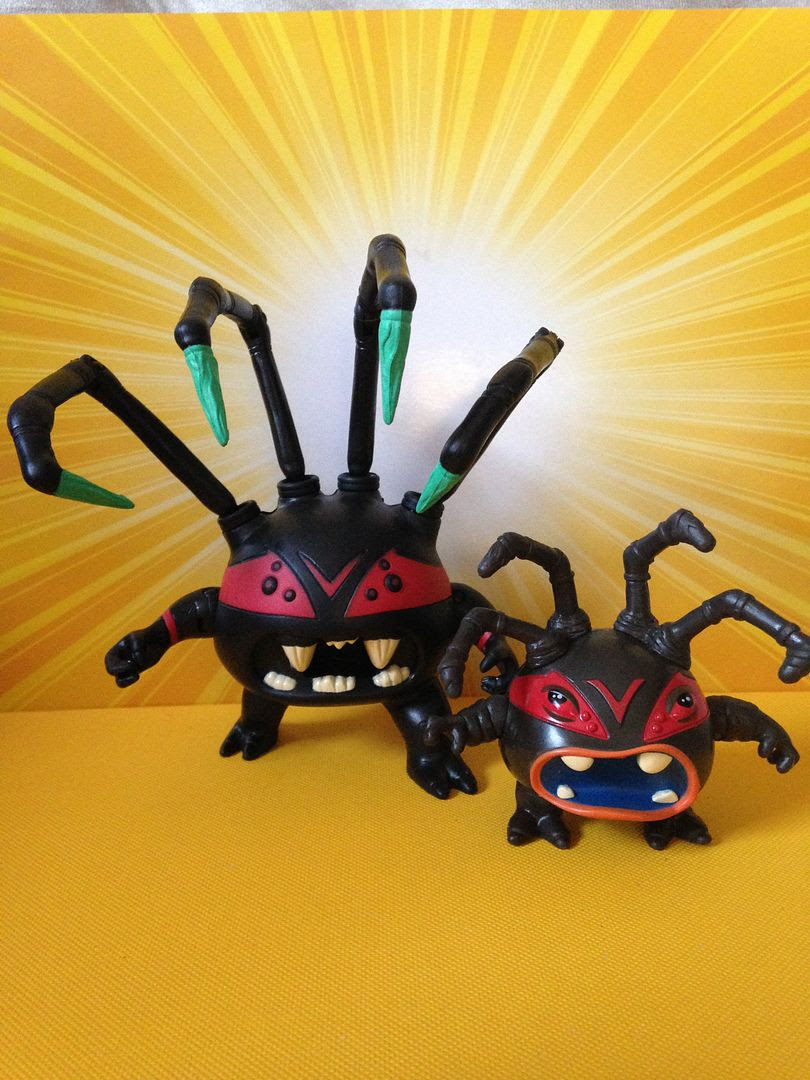