While we have watched some various episodes of the 2012 series for Teenage Mutant Ninja Turtles on DVD from the library, it was only recently released in full on Hulu.  We've also only recently been buying every single Ninja Turtle figure we don't have making our collection grow from an elite few to yet the army of bad guys.    One of the first bad guys the Ninja Turtles encounter in the new animated series is the Kraang, who also appeared in the original series and had a figure back when I was a kid, but no, I never had that figure when I was younger.

Inside a metal body comes a small pink brain-looking alien who Quentin found out not only can be removed but you can rather easily rip one of the elastic tentacles off.   Though this might look like one of the smallest figures in the TMNT line- pound for pound- it does come with two guns as accessories.    But the amount of detail put into the small figure seems to also make up for the face that it is smaller than most other figures in the line.

Do I wish I had the classic Kraang figure as a kid?  I guess so, yeah, it was a cool looking figure.   But this figure is also pretty cool and as part of the modern Ninja Turtles collection it works rather well.   Before it was really decided that I wanted to get every and any toy in the Ninja Turtles line that I could (except for a lot of variations on the Turtles themselves) I had this figure in mind as something to add to our collection simply based on the importance of the character in the new series and just overall for the Turtles in general.    If you don't have this Kraang figure yet then you need to find it and add it to your Turtles collection right now. 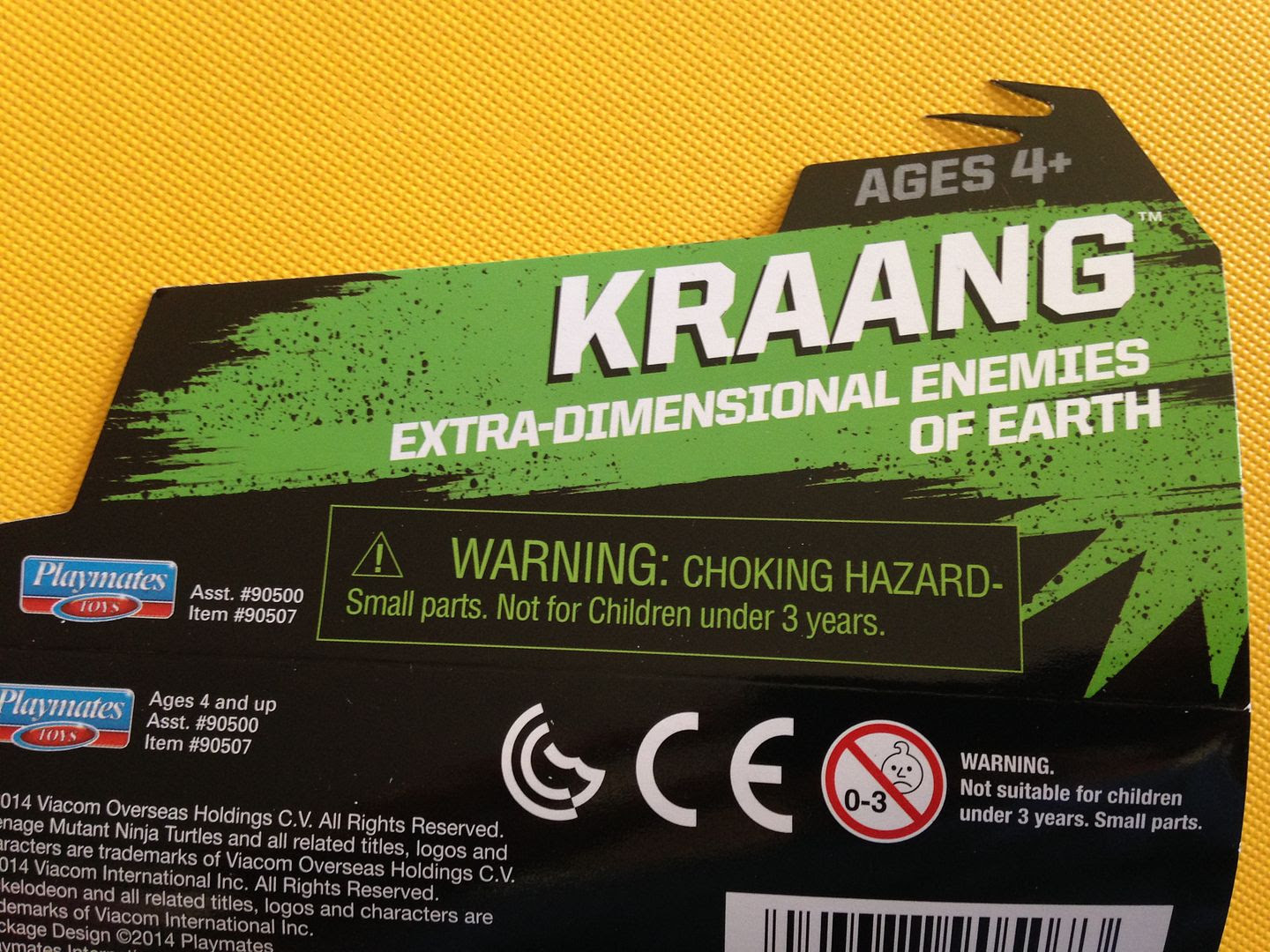 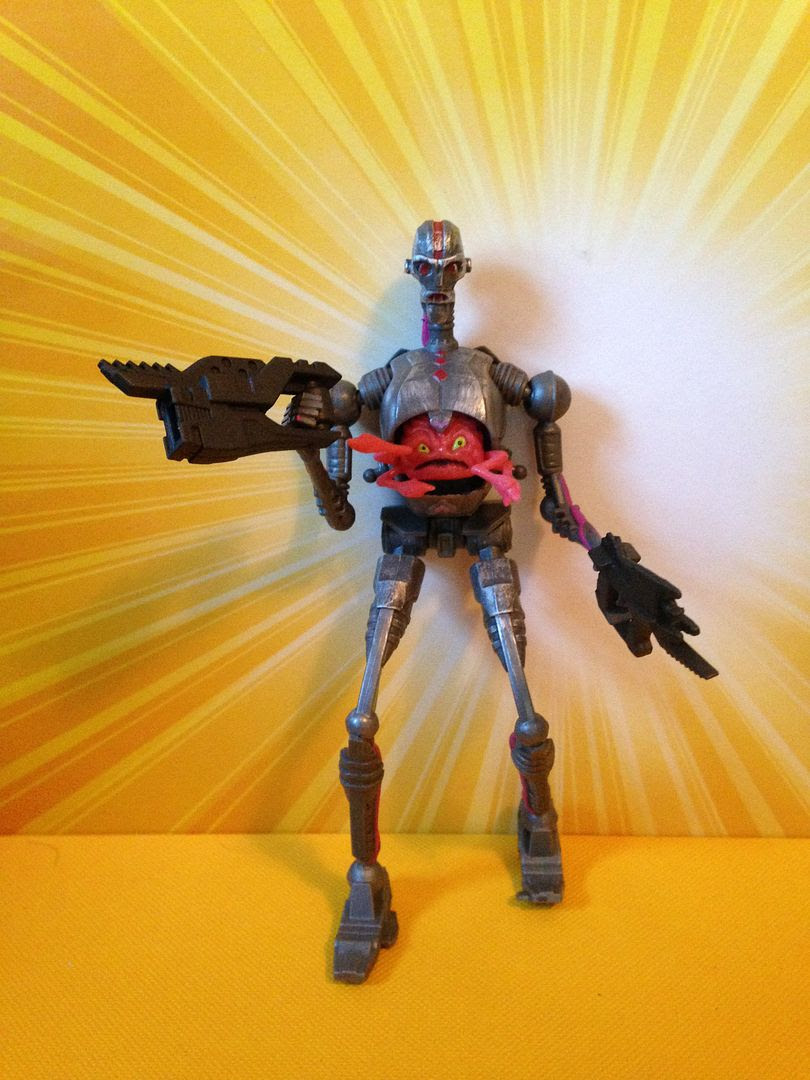 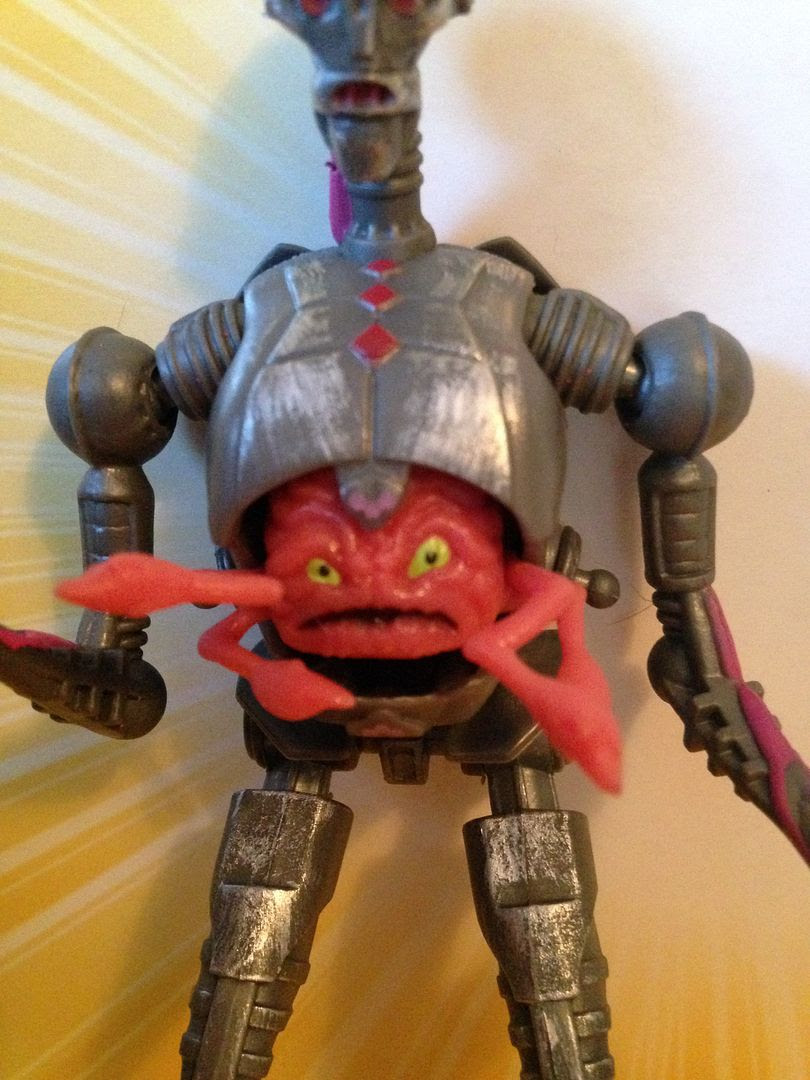 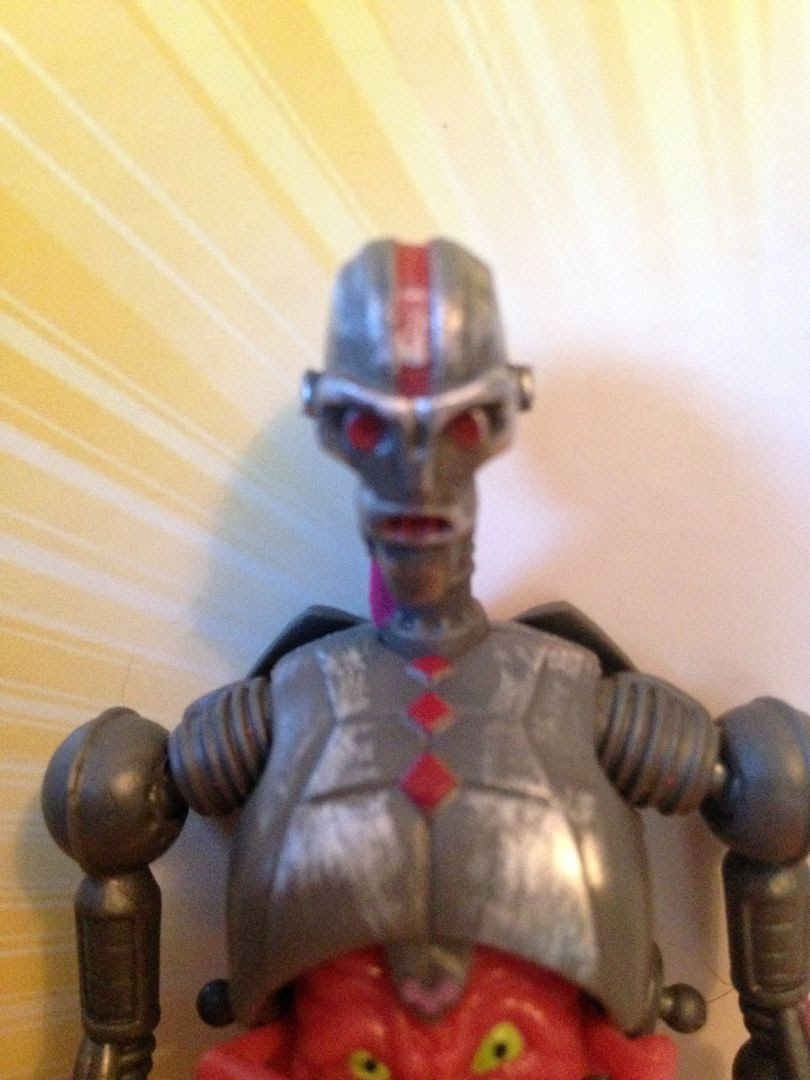