Some time ago when we were watching early DVDs of this series we saw Shredder enlist the help of both Dogpound and Fish Face.   I never really knew their back story though (who they were before they mutated) until we watched all of Season 1 in order.   It's interesting to see how Fish Face began as just a fish mutant and then Baxter Stockman developed the robot legs for him.   Oddly, in the first season it feels like Fish Face and Dogpound are the Bebop and Rock Steady from the original series I watched as a kid.    But nonetheless, here we have probably one of the first bad guys in the Ninja Turtles line and it is quite the figure.

We had seen Fish Face on two occasions where we almost bought him before we finally found him and bought him.    Most noted was a time at Walmart when we almost bought him and Mutagen Man but instead opted for an Elite Wade Barrett.  (Quentin's choice)  We had this small list of bad guys we needed to complete our Ninja Turtles modern collection and though there are names like Slash and Cockroach Terminator on that short list, the one Quentin always seemed to remember and tell Gina when they were out together is Fish Face.

These characters do have pretty good origin type stories if you watch the animated series and I'm pretty certain that Fish Face was not a part of the original series I watched growing up.   Quite a while back, we found Dogpound in a grab bag at Savers (Which is also how we got April O'Neil) and then for quite some time we went without finding any Ninja Turtle figures-- at least not modern bad guys that we needed.    So I gave up on the notion of trying to find these figures at Savers and just began buying them in stores.   I also realized that if I do see someone such as Fish Face at Savers I can either a) pass on it or b) use to it do the full paint deco, as Playmates obviously has trouble painting all of the parts it is supposed to, which is nothing new since the first modern TMNT figure I reviewed.

For me, there were a few bad guys that really stood out for all of the TMNT toys I had as a kid.    But with this series they started in 2012, I do believe that as Quentin is growing up watching it and everything, two of the main villains he will remember going along with Shredder are going to be Fish Face and Dogpound.    So having them just feels like a must because they are really the most prominent of Shredder's henchmutants. 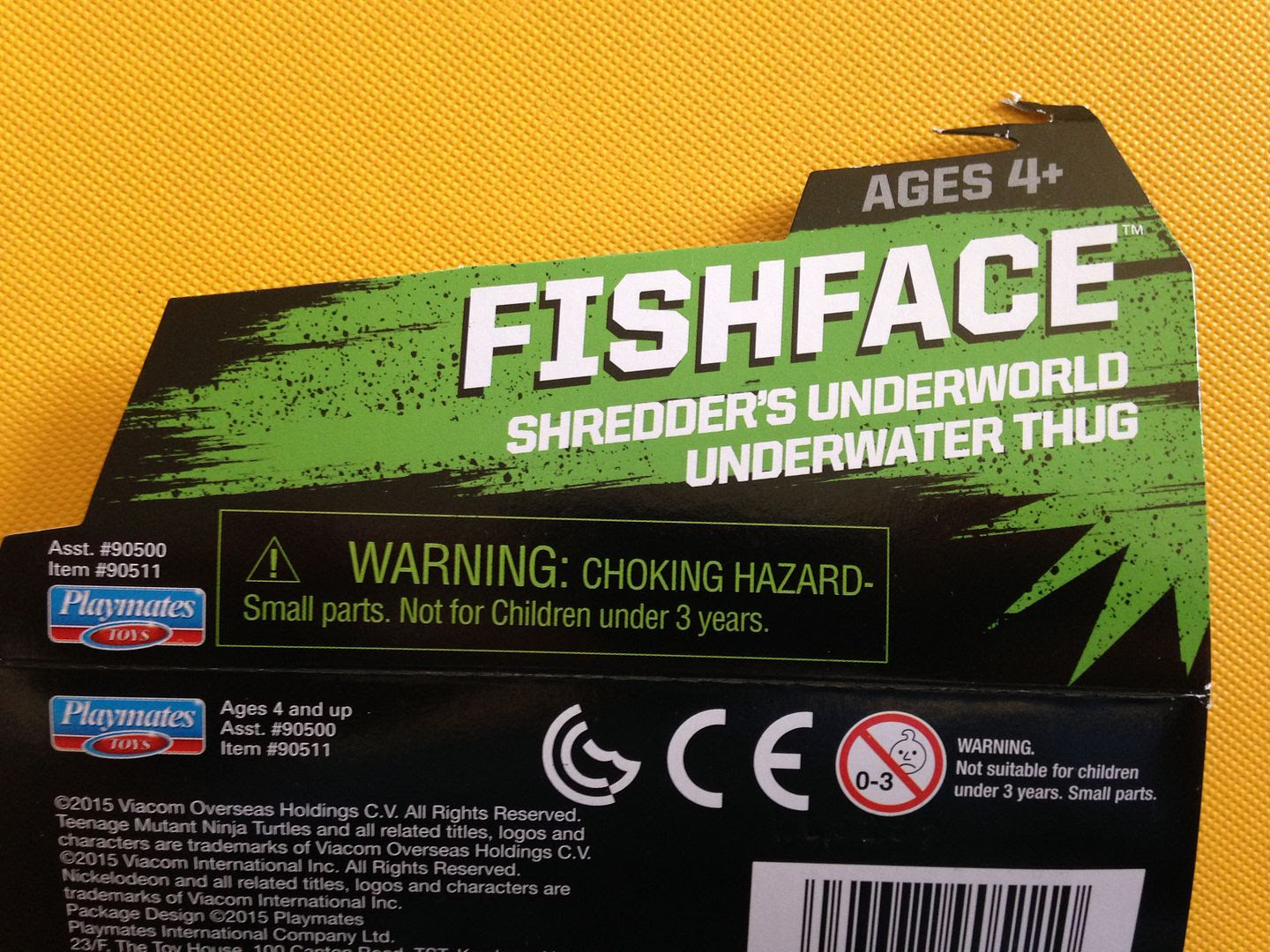 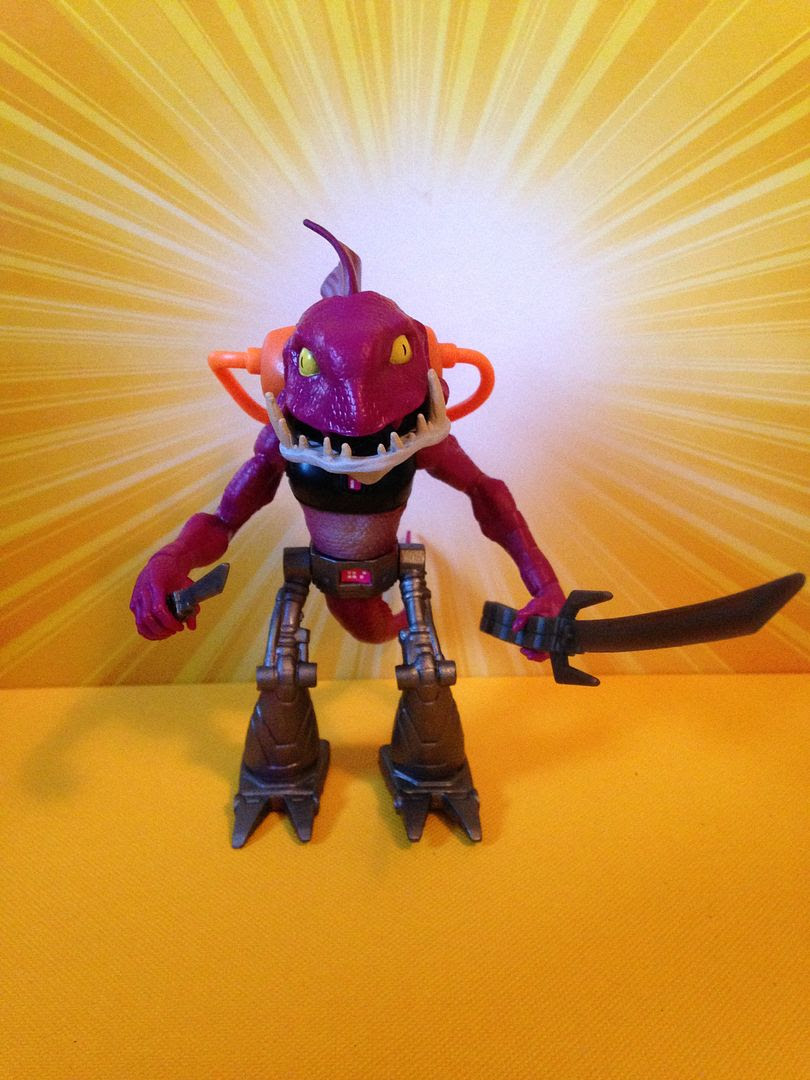 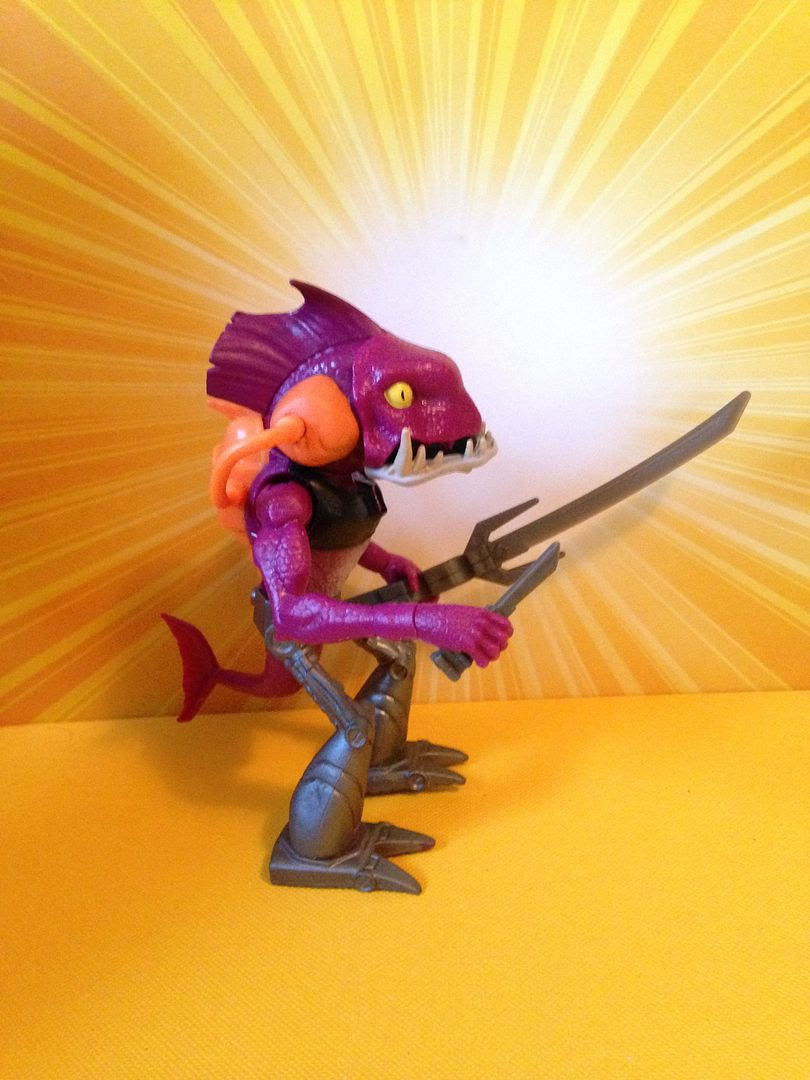 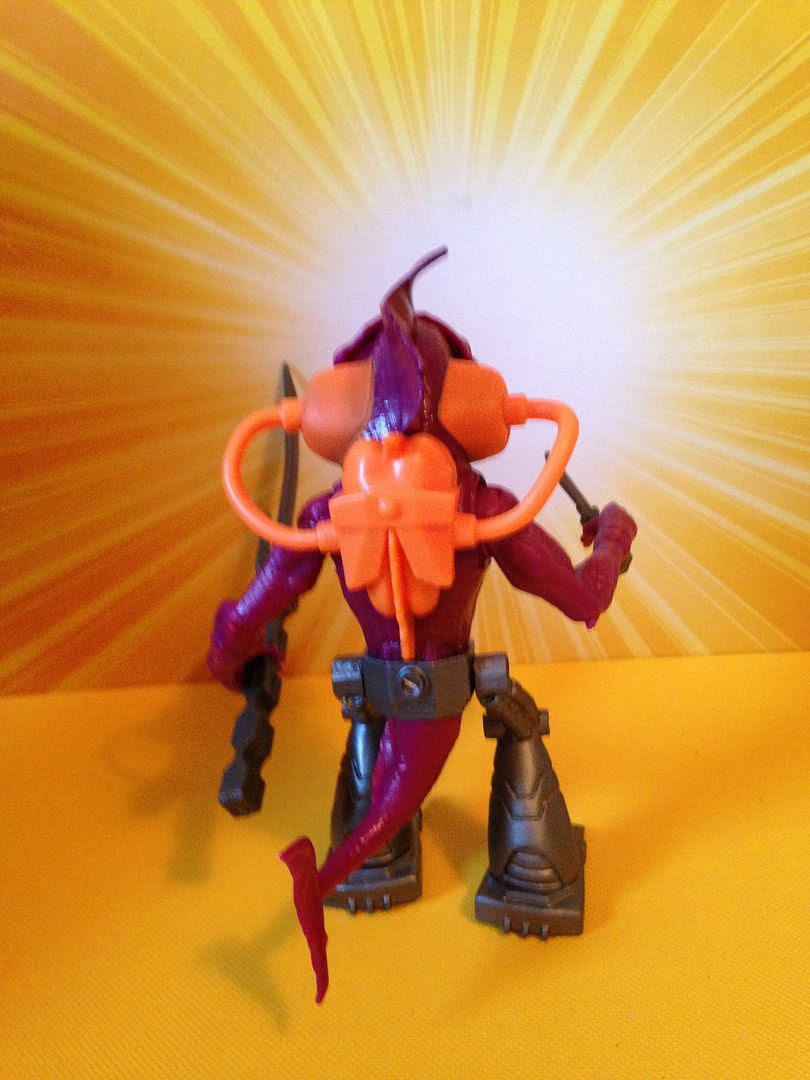 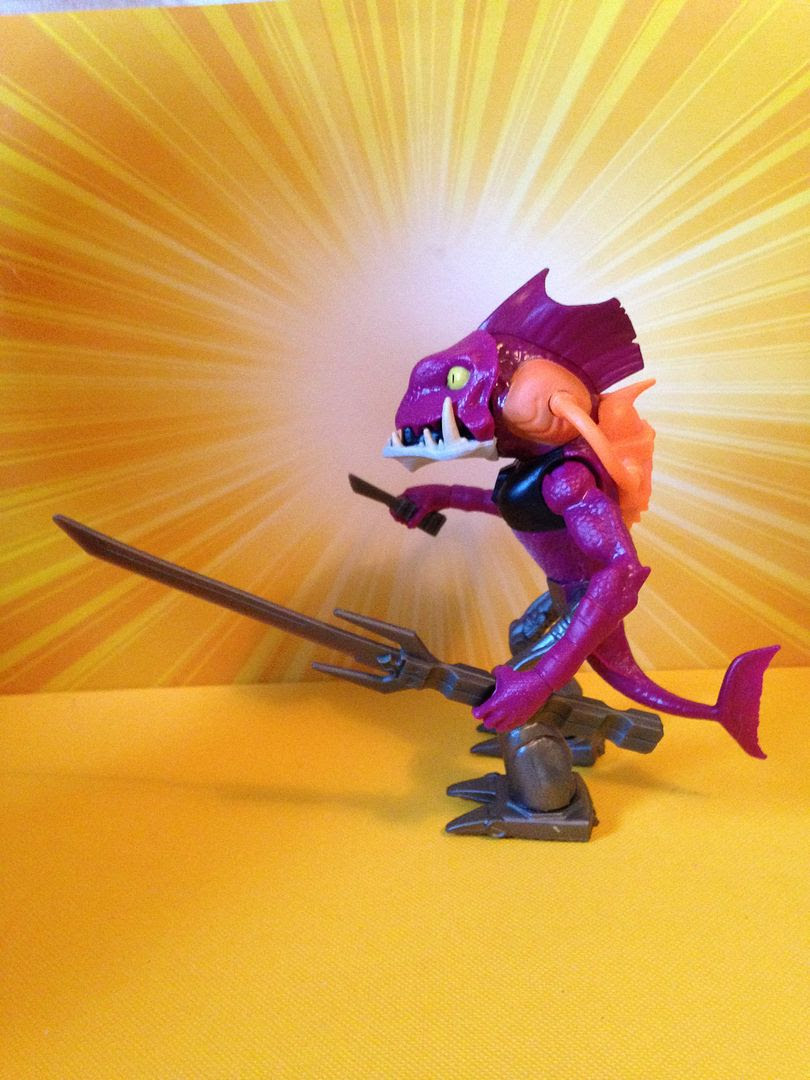 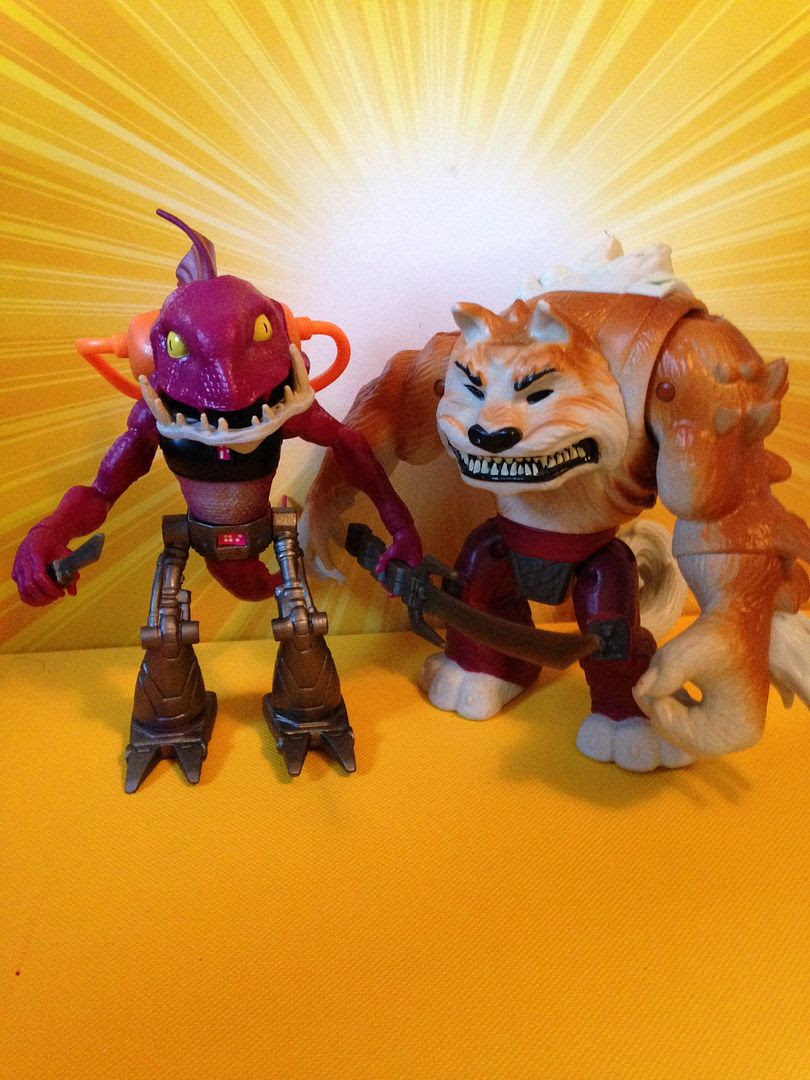 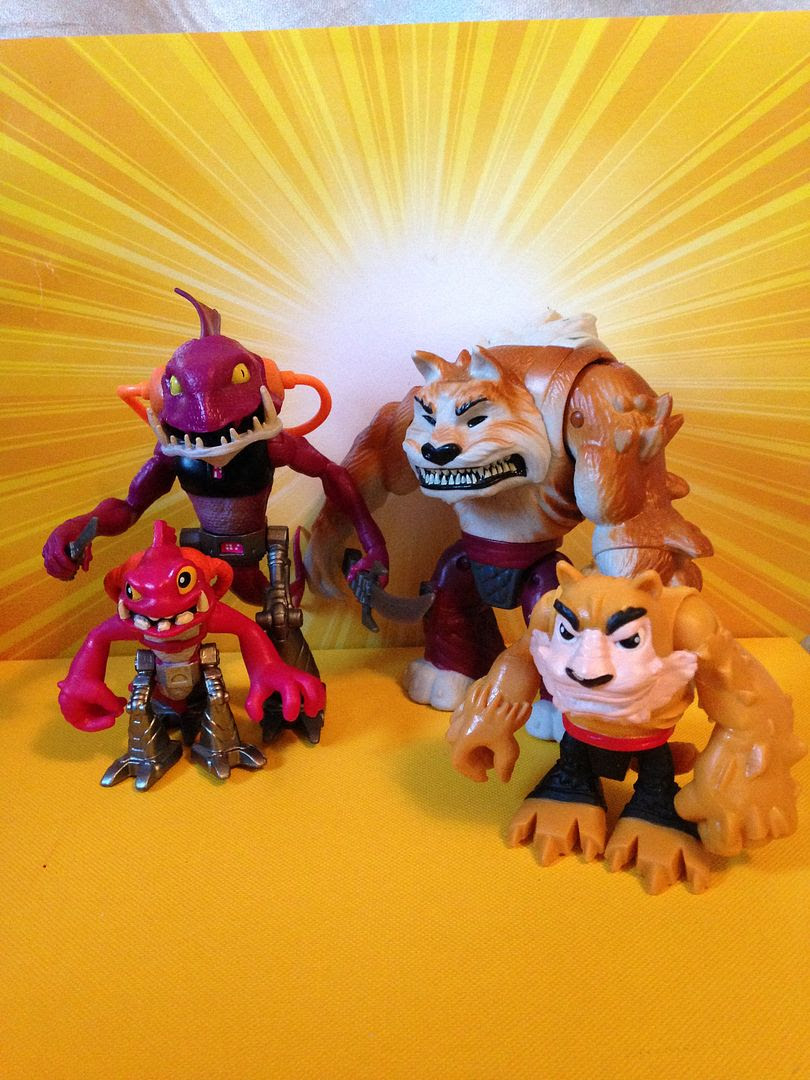