Along with the Kraang, the first villain the Ninja Turtles face in the first season of their new animated series is Snakeweed.   He's a bad guy named Snake who eventually is mixed with a plant and, well, he can regenerate since he is part plant and overall he just reminds me a lot of Groot.    This figure comes with two attachments for his arms and two smaller ones to come out of his head, which when I tried to open them from the plastic they went flying.   It makes sense to have these though because the Turtles could cut them off and then Snakeweed can grow them back.

It is also worth noting that this is the first bad guy Mikey names as he says his name used to be Snake and now he's a plant so it's obvious.    From what I can tell based upon other episodes I've seen of this series (including as recent as the one featuring Mondo Gecko, which we watched at random on Hulu) Mikey is going to do a lot of the naming so I guess he is to blame if you don't like the name rather than the writers.    Seems like a good way to get out of bad feedback, yeah?

Contrary to the smaller Kraang figure, Snakeweed is actually rather large in size and so much to the point that his legs were not attached when in the package and you have to do quite a bit of assembly when you open him up.   The legs sometimes have problems staying in place when you move Snakeweed around, though if he stays still and is just standing he does fine.  I don't remember there being a Snakeweed character when I was a kid but he is a neat character to face off with our Groot Masher if nothing else and so we do live closer to that dream as well of the Ninja Turtles and Marvel Universes colliding.    Still, at the end of his episode, Snakeweed does that thing where they zoom in close on him, little by little, until he opens his eye and reveals he's still alive and will likely be back. 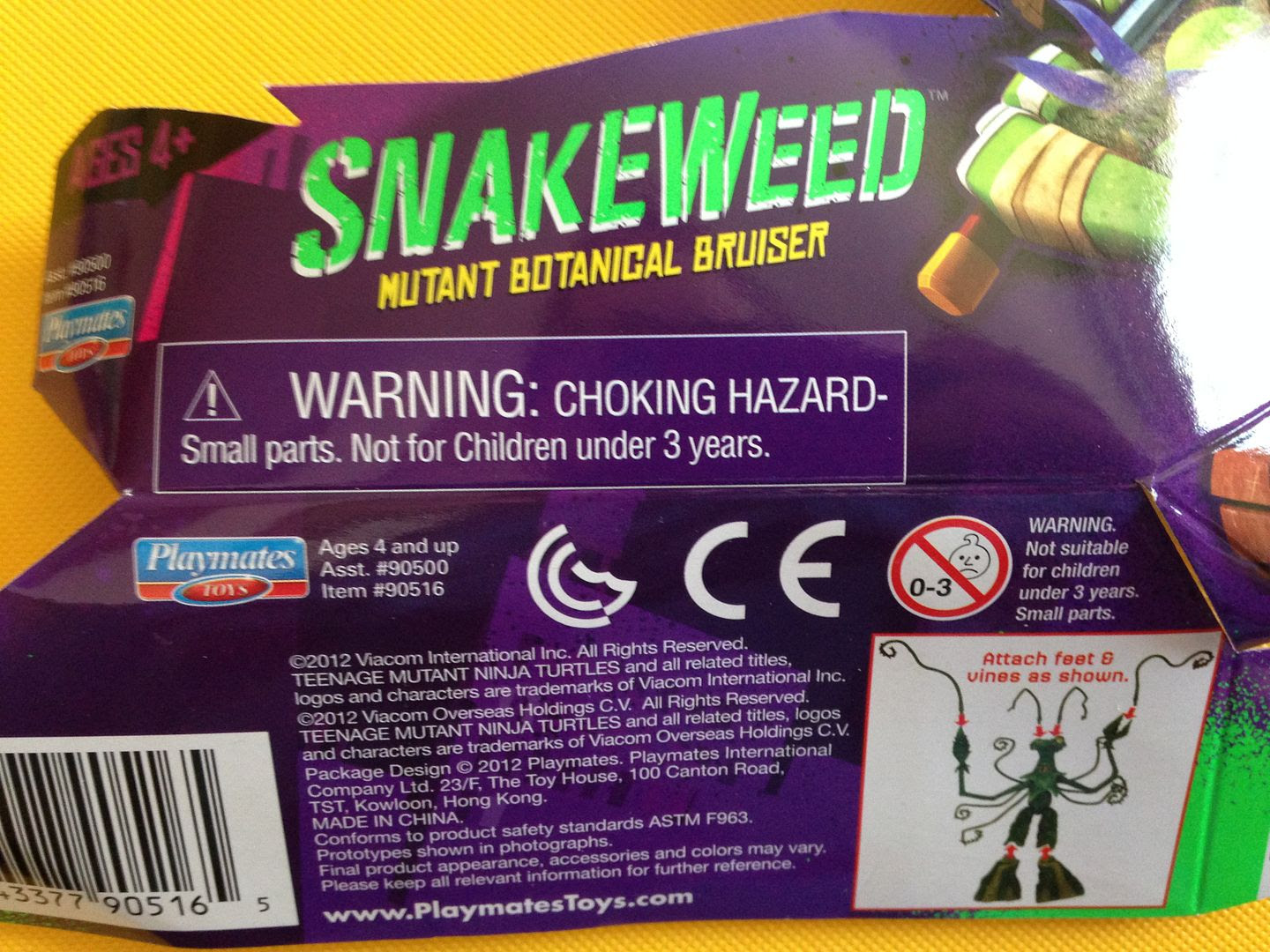 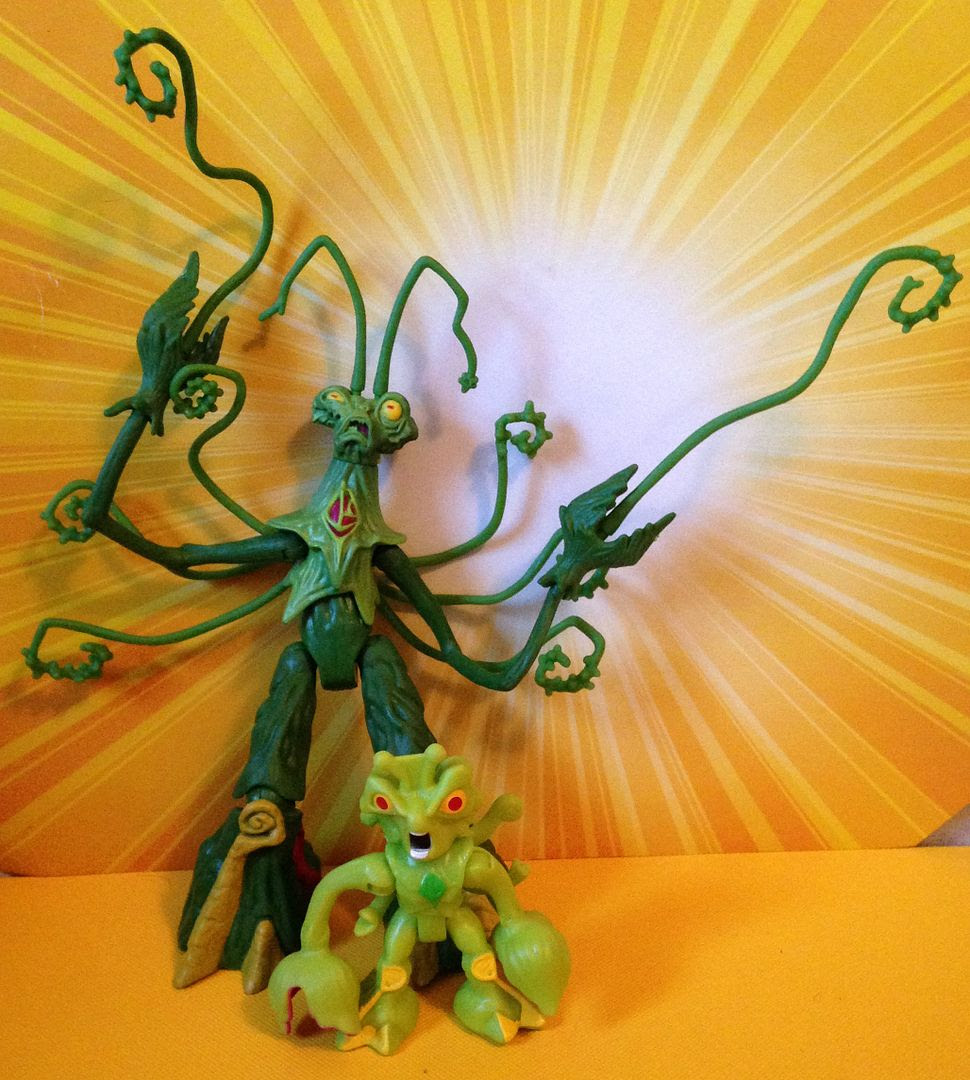 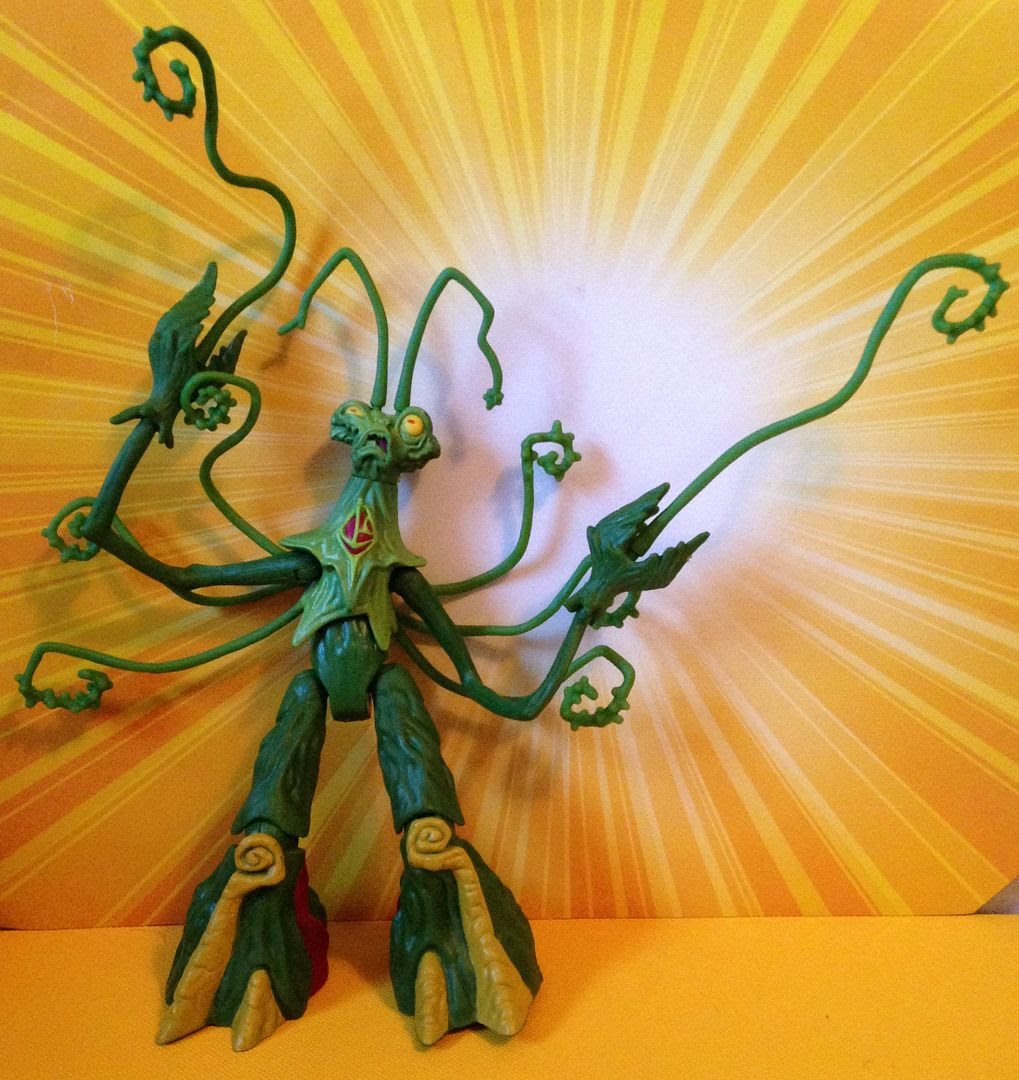 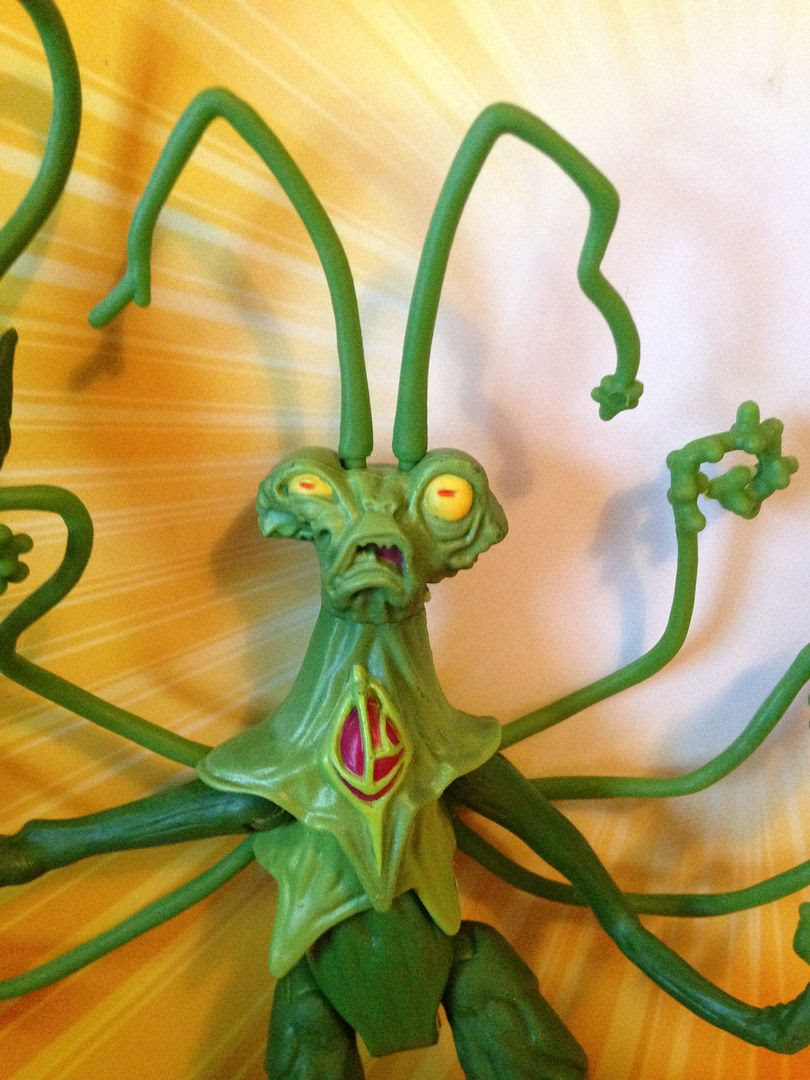 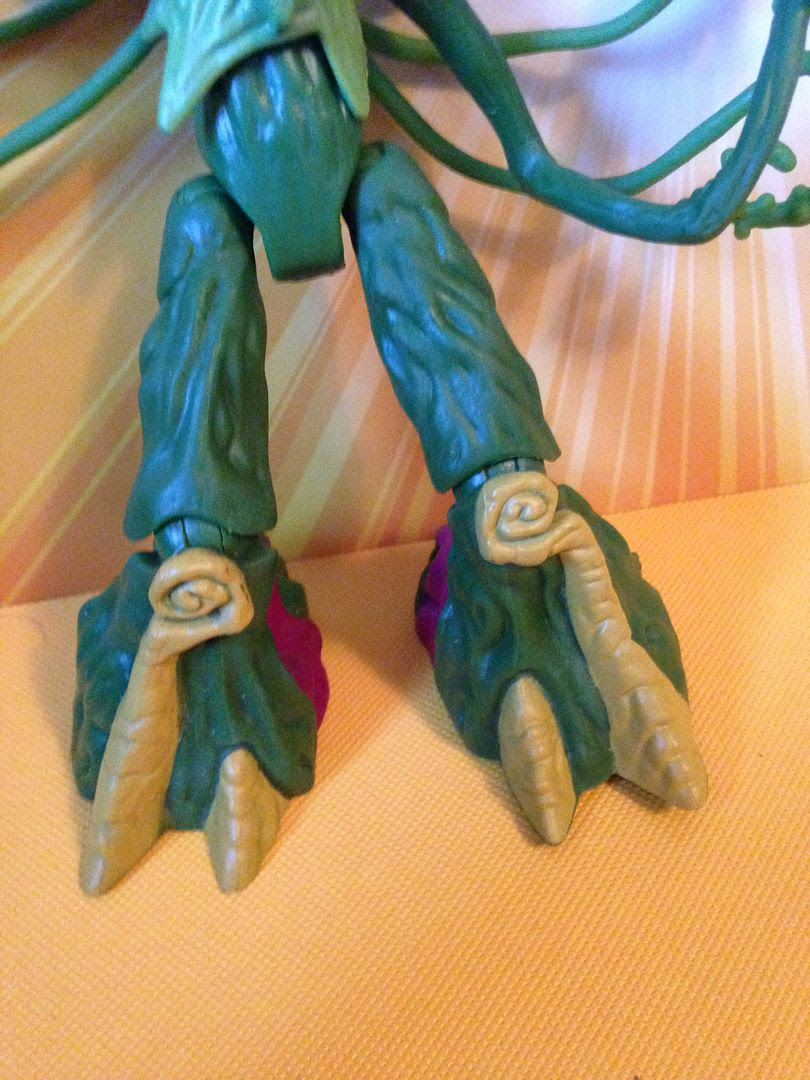 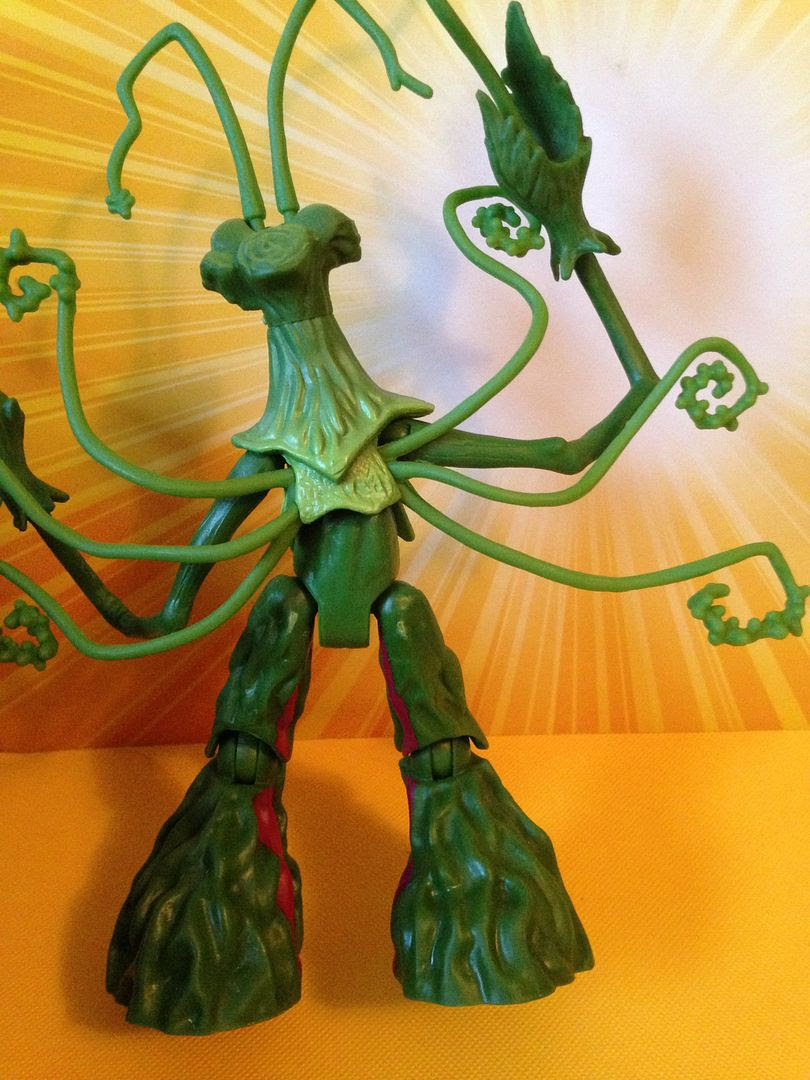