One of the biggest reasons why I like Slash is because he is voiced by Corey Feldman, who is not only an all around rad dude but also voiced Donatello in the movies in the 1990's.    Slash is just one of those reminders of how well this current series ties together the aspects of its past-- the media which came before it-- and kind of brings this altogether now as some sort of super series of sorts.   I also often mistakenly think that Slash went with Rahzar in the "Secret of the Ooze" movie, though that was not in fact Slash but another mutated type of turtle so they are close but not the same.    Still, Slash is one of these characters we continue to see throughout TMNT12 and so he goes from being bad to good over time.

Raphael has a pet turtle named Spike, who eventually mutates to become Slash, and so Raph and Spike always have this special connection.    Slash, while seemingly a bad guy for the most part (He's like The Punisher of the Turtleverse) eventually forms a team with other mutants and they become friends with the Turtles.    The team consists of Leatherhead, who Mikey loves, Monkey Rockwell, who is friends with Donnie and Pigeon Pete, who has no friends.    What's funny though is that we have figures for all of the Mutanimals except for Pigeon Pete (make it happen, please!!) although you could also say we don't have Monkey Rockwell as a Mutanimal because when a member of the team he wears a helmet and can talk.  (I knew Monkey Brains eventually could talk!)

At this point in time, I'm not going to lie... I'd buy a Mutanimals boxed set that had Slash, Leatherhead, Monkey Rockwell and Pigeon Pete in it even if it meant that the only new toys I'd be getting were an updated Monkey Rockwell and a first time Pigeon Pete.   That's how serious I am about these Turtles, but eventually, once I finish reviewing all of these toys I will write about which characters I want to see most made but hopefully by then some of them will be in the works.

There actually does exist a version of Slash circa 1987 and there is this pretty cool action figure to go along with him, though I don't remember having it as a child but that's okay.    I know that the Turtles themselves, Shredder, Splinter, Kraang, Bebop and Rock Steady have all been re-released in their classic 1980's form (including the carding and all) and if this should happen to occur with Slash I'd certainly buy him as well.    But, for right now, we just have to watch this giant Slash walk around with his mase and smash stuff.    He's just such one of my favorite characters this figure is just so perfect for me. 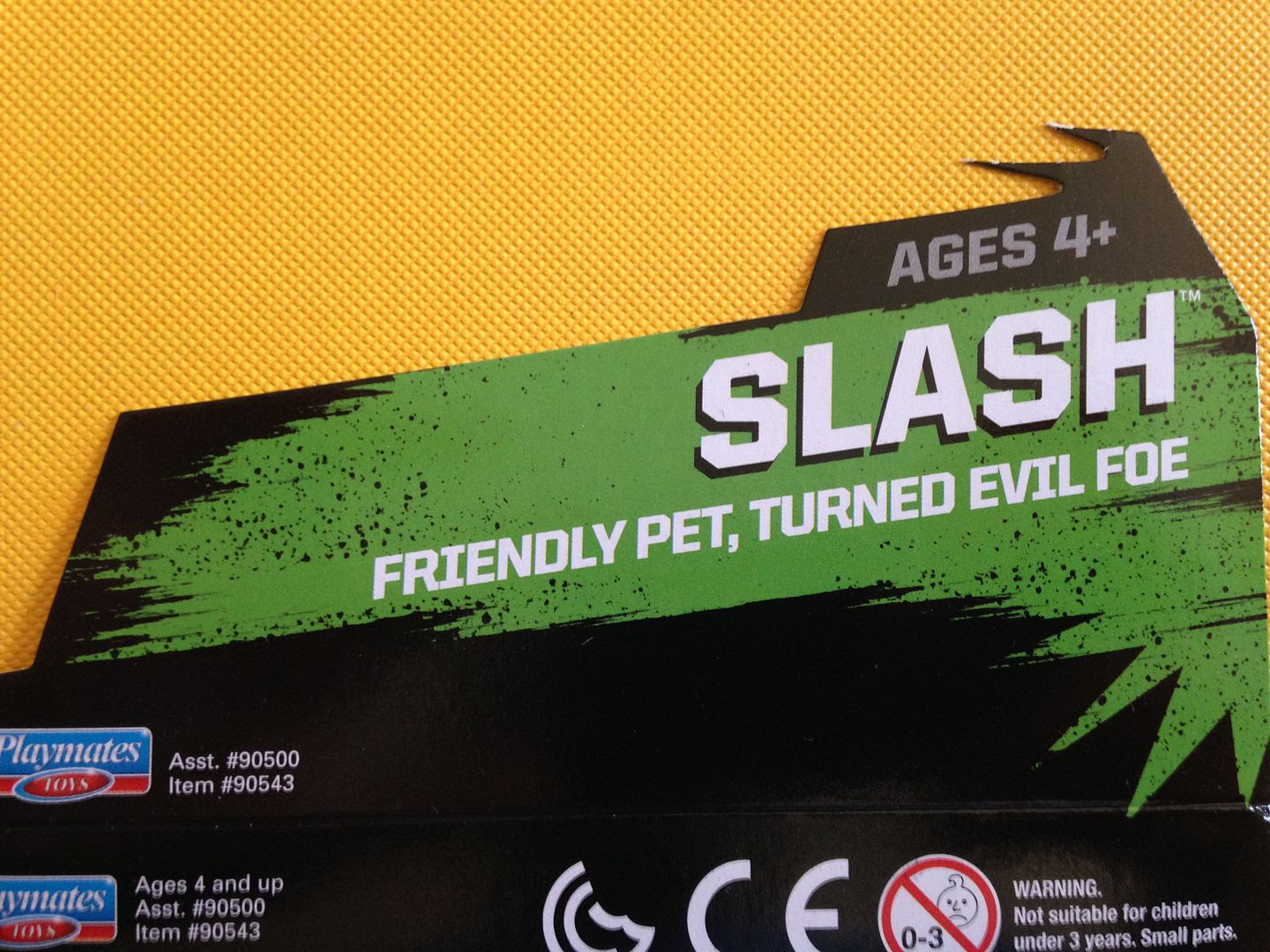 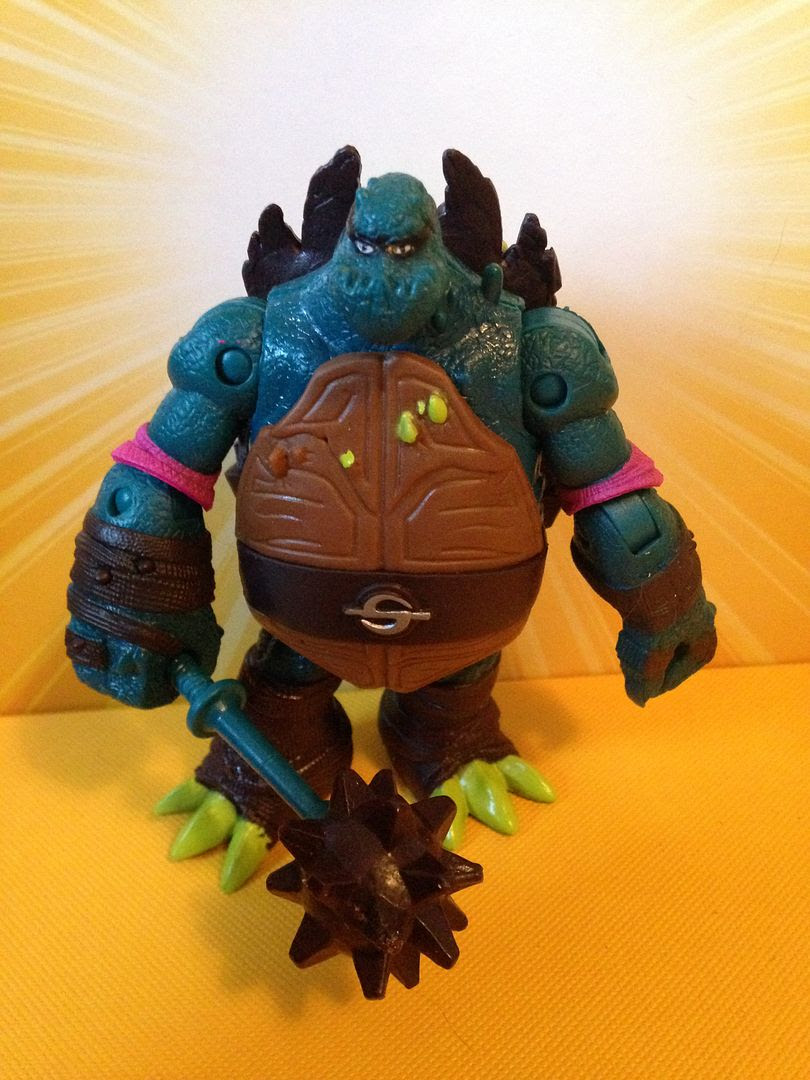 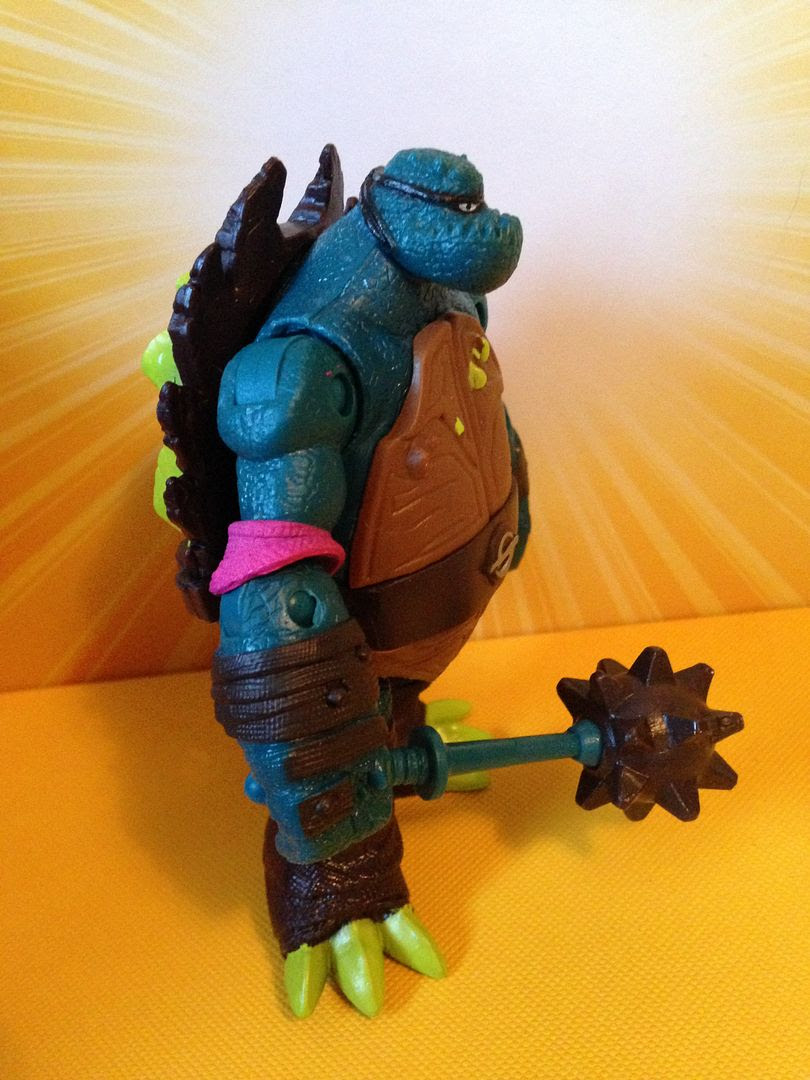 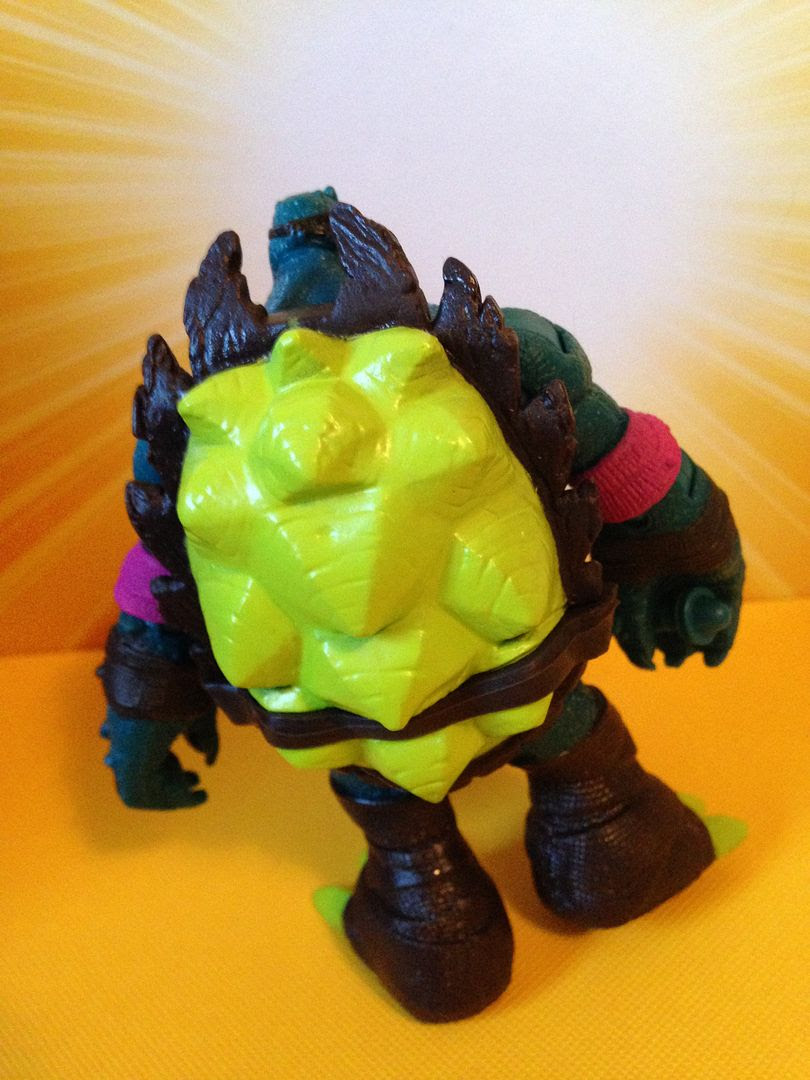 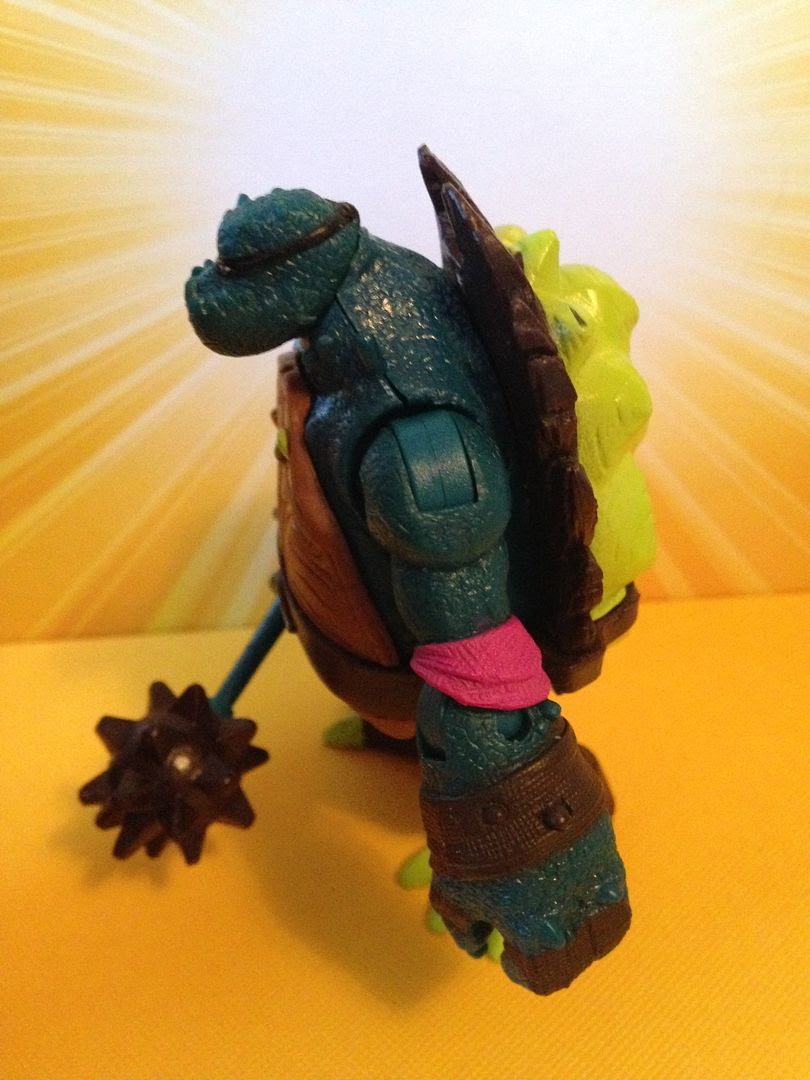 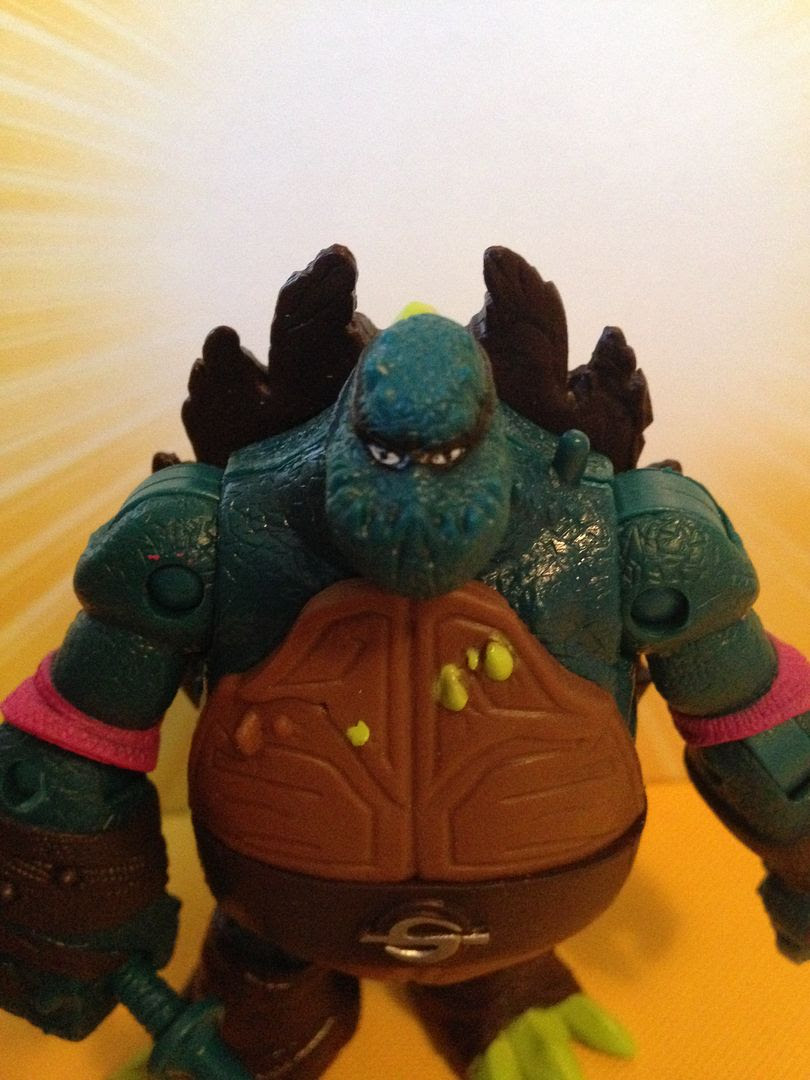