The first time that the Turtles go into Dimension X in this series Mikey goes ahead of them because he is out to save his friend Leatherhead.    When the other three Turtles find Mikey in there he is dressed somewhat like this figure and though they never say it directly he does become what this figure is known as Savage Mikey.    This is also the second figure of Mikey to be featured outside of a set of four, as I'm pretty certain that every other figure of Mikey (Aside from Turflytle) has a brother to go with it.    So strange that Mikey has two stand alone figures and no other Turtle does.

While Savage Mikey appears in more than one episode, it is just such a random thing that I find it odd to have resulted in an action figure.    After the Kraang invaded New York City and the Turtles, defeated, left for upstate Leo was hurt and spent a decent amount of time on crutches but yet there is no action figure of him as such (nor should there be)   I'm just trying to point out how if something doesn't happen to all four of the Turtles it is strange to see an action figure for just one of them.

The head piece can come off of Mikey and he can become somewhat normal but much like his Turflytle figure a bit too much of him perhaps remains so that you can still tell he is Savage Mikey and doesn't really pass for a basic Mikey figure without any special decoration.   Still, it's interesting to count the number of different Turtles that are out there and know that Mikey is currently up by two on everyone else. 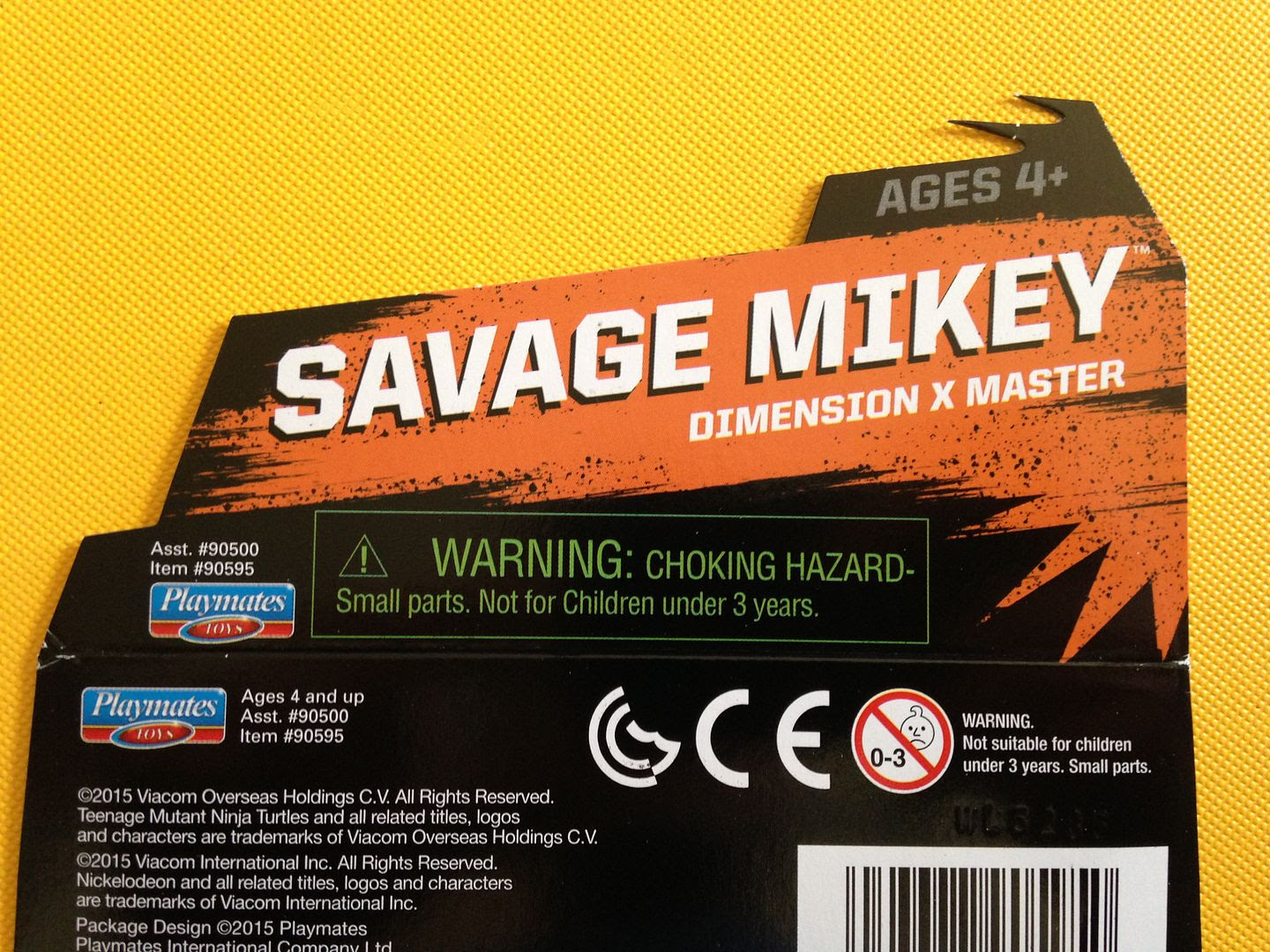 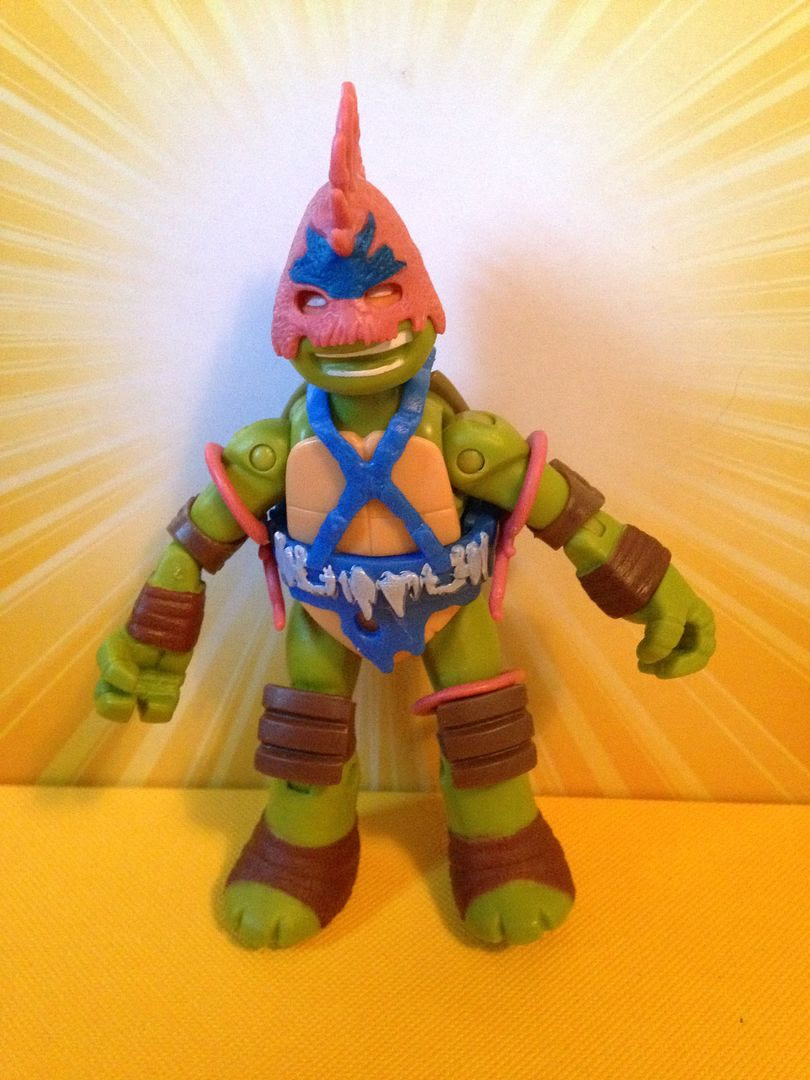 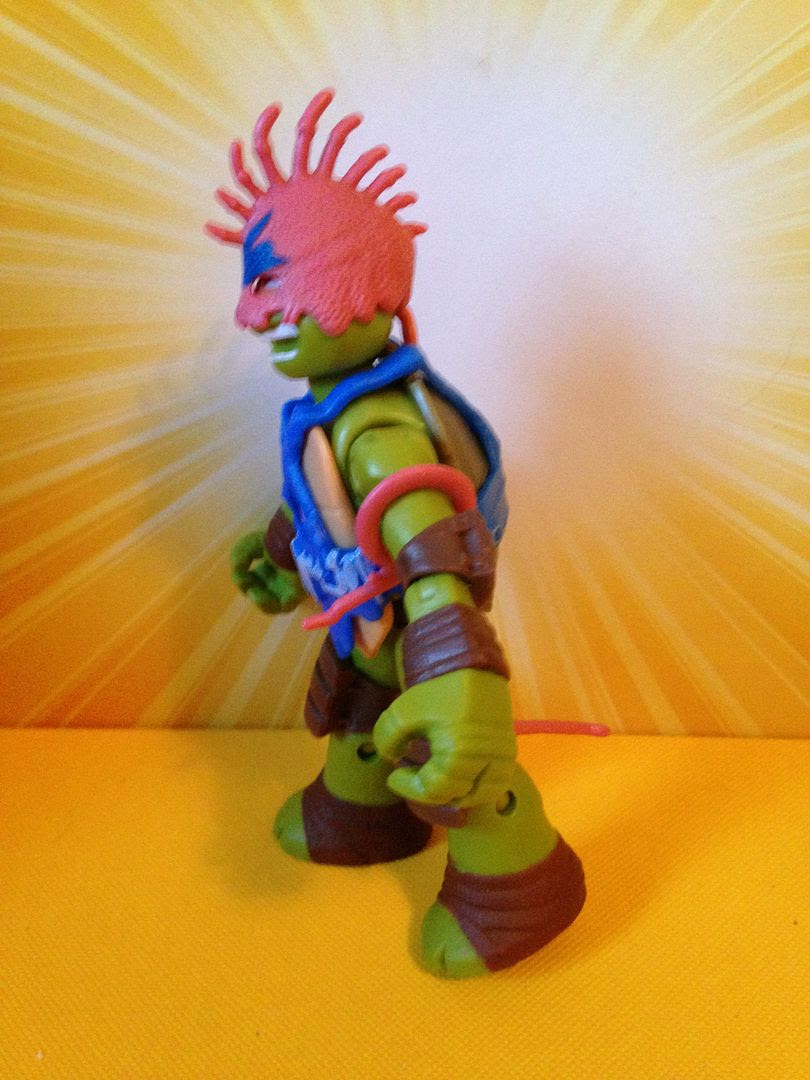 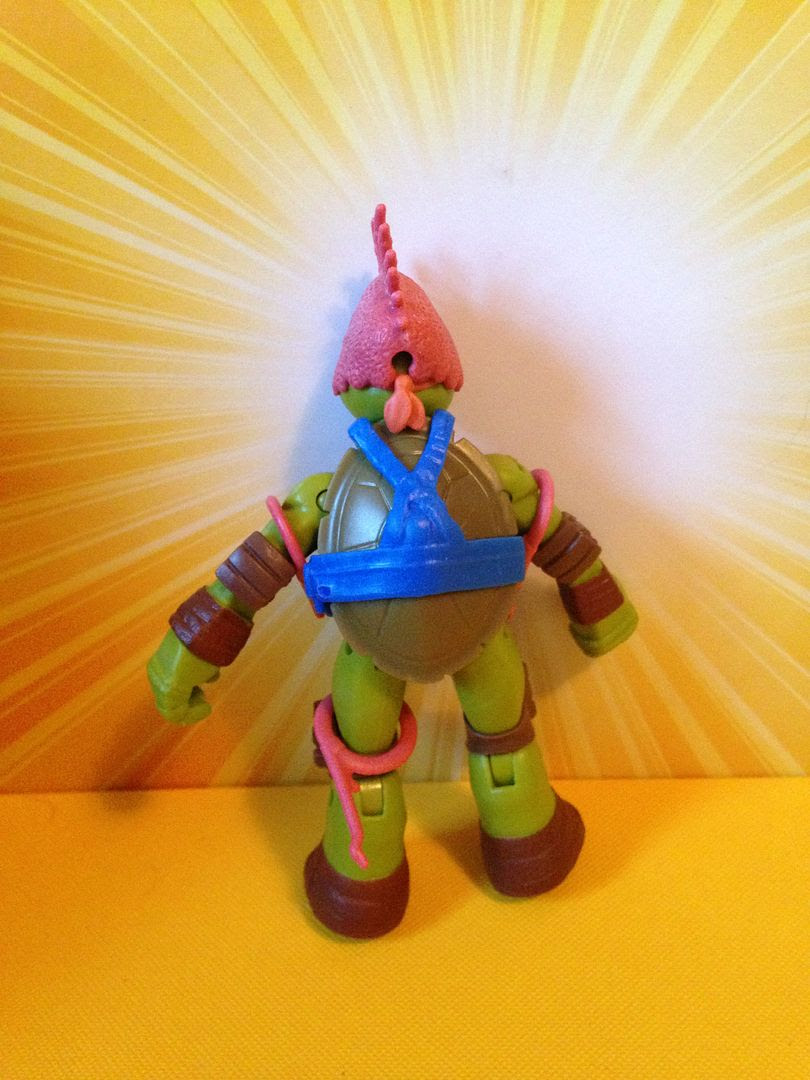 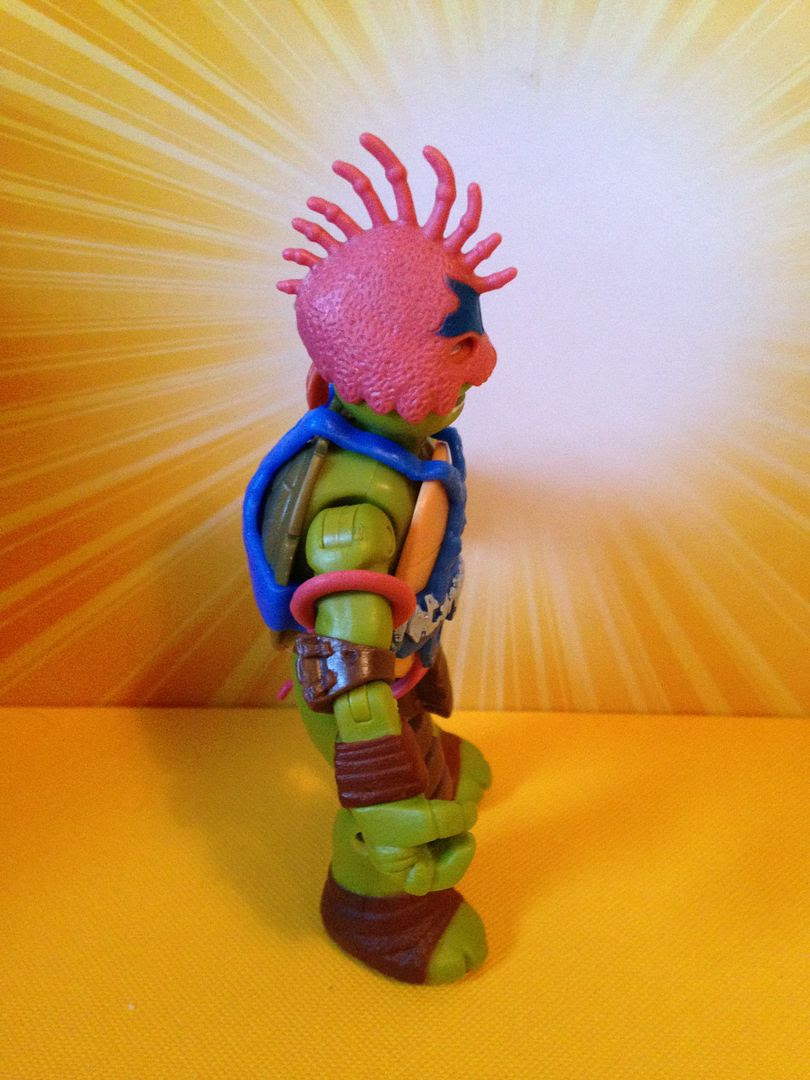 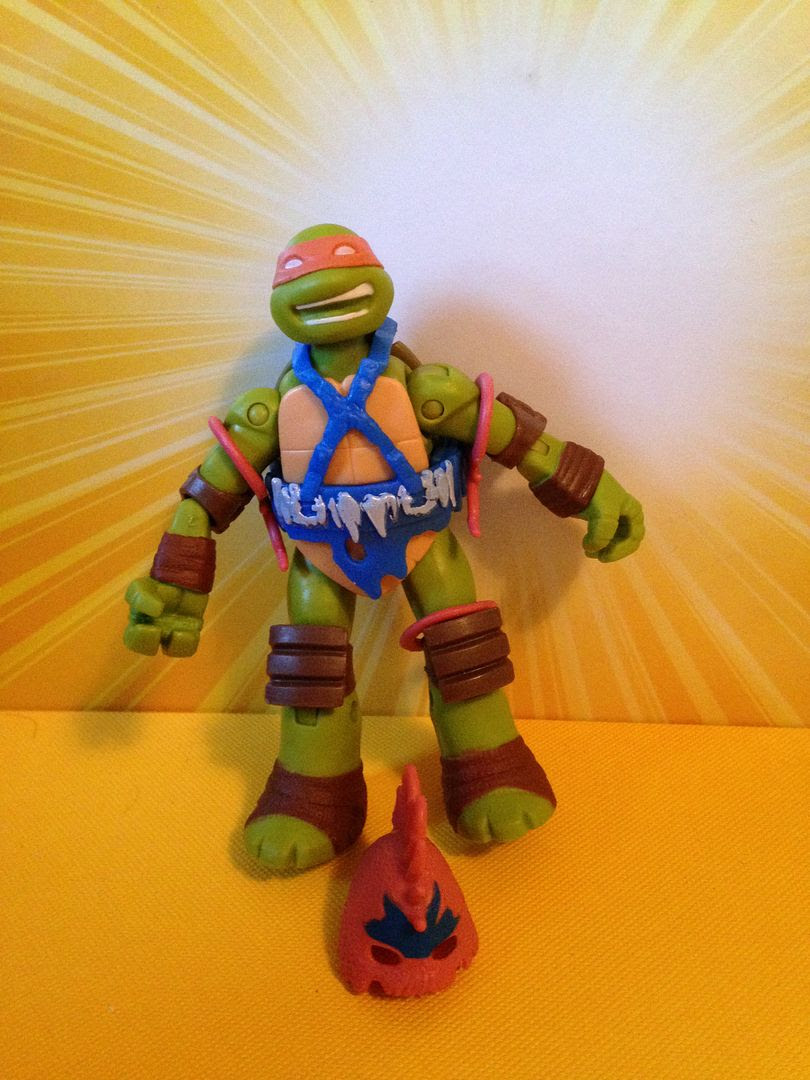 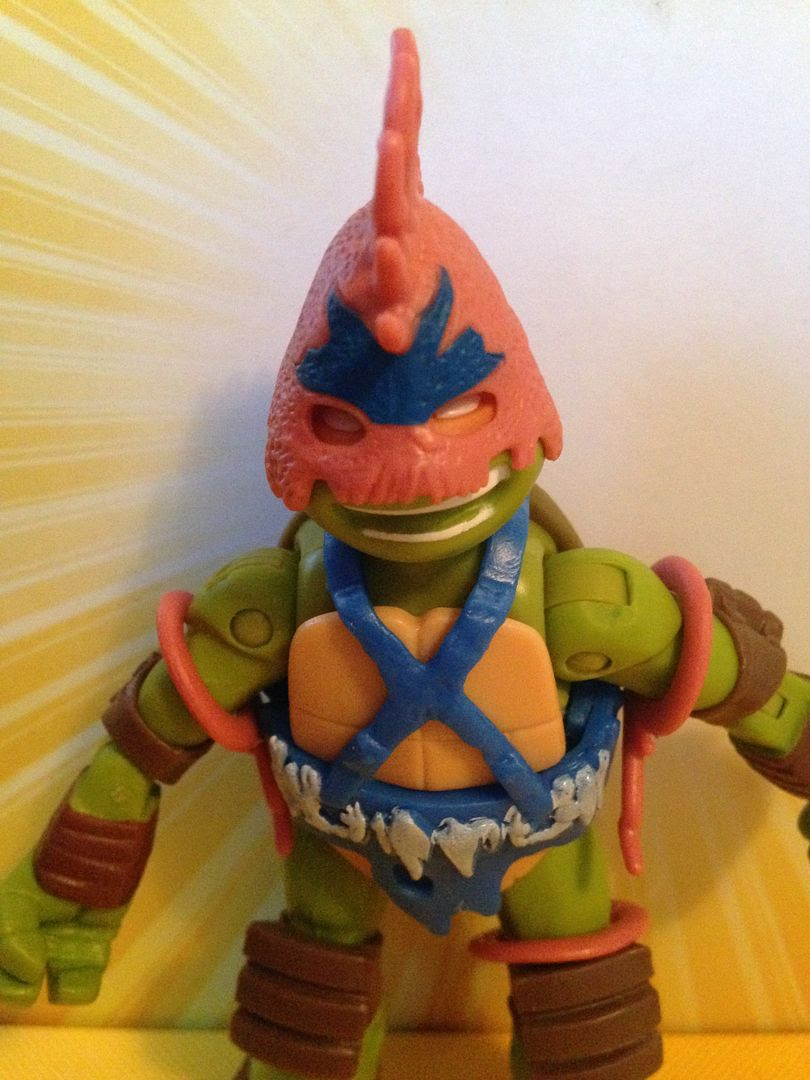