When I purchased this figure at Walmart, the screen on the cash register where you can see how much something rings up at said "MNKY RKWLL" which I found funny because he is Monkey Rockwell, after all, even if he is listed as Monkey Brains on his packaging.   I'm pretty sure Monkey Brains wasn't in the original animated series and at the very least I never had a toy for him growing up, but he does offer an interesting aspect to the show as everyone from the Justice League to Planet of the Apes seems to want to be on the similar track as this.   What I'm saying is if you're going to have a show about talking turtles you need some form of monkey, ape or gorilla.

The story of Monkey Brains is that Dr. Rockwell was working with a monkey when in fact it turned out that the doctor became the monkey.   I'm not 100% certain on this, as I watched the first episode with Monkey Brains in it, but I feel like I've seen a future episode on DVD before now where Monkey Brains returns and is actually able to speak.   At this point in time though, from what I've seen in TMNT12, he only has primal instincts and April spends a lot of time looking into his eyes.    I might be confusing him with a different character or just making it up completely, but we have seen the episodes on the DVD with Rock Steady and Bebop (the title is something about New York) as well as the episode with Mondo Gecko and a few beyond that, to sort of go out of order when the complete seasons weren't on Hulu yet, so this may or may not happen but I'll probably post updates.

Before Christmas at some point we were at a local Walmart where they had the same sort of figures on the pegs and we'd seen them all before.   There was, however, a case of new figures up on the top, above the pegs, which I noticed and decided to pull down and go through.   I don't remember who else we needed at the time, but ever since I found Dark Beaver I've been frantically looking for Dire Beaver and a fresh case seems the way to go about finding him.   This was how we found Monkey Brains-- because some employee at Walmart didn't put out a case of toys but left it up top and I took it upon myself to go through it.    There was also another guy in the aisle with us, looking at TMNT toys, so I asked him if he wanted to look through the case but told him I had taken Monkey Brains out.   I'm not sure who he was looking for exactly.   He didn't seem interested in Dark Beaver.

Of course we then went to Target a short time later and found Napoleon Bonafrog, Mondo Gecko and Monkey Brains hanging on pegs like it was no big thing and we hadn't been finding them in various stores one-by-one leading up to that.    But if you ask me, I'd rather find them one-by-one because it makes it feel more special then just walking in on them all one day, as I have seen them all now in Target, Walmart and Toys R Us at various times.    Still, I really like this Monkey Brains figure because he's one of the few figures in this line so far where I would have wanted to buy him even without knowing who he was or if I had no interest in the Ninja Turtles at all because he just looks like an angry monkey who broke out of his cage and is out for revenge.    If that doesn't justify him pinning John Cena to become WWE Champion I don't know what does. 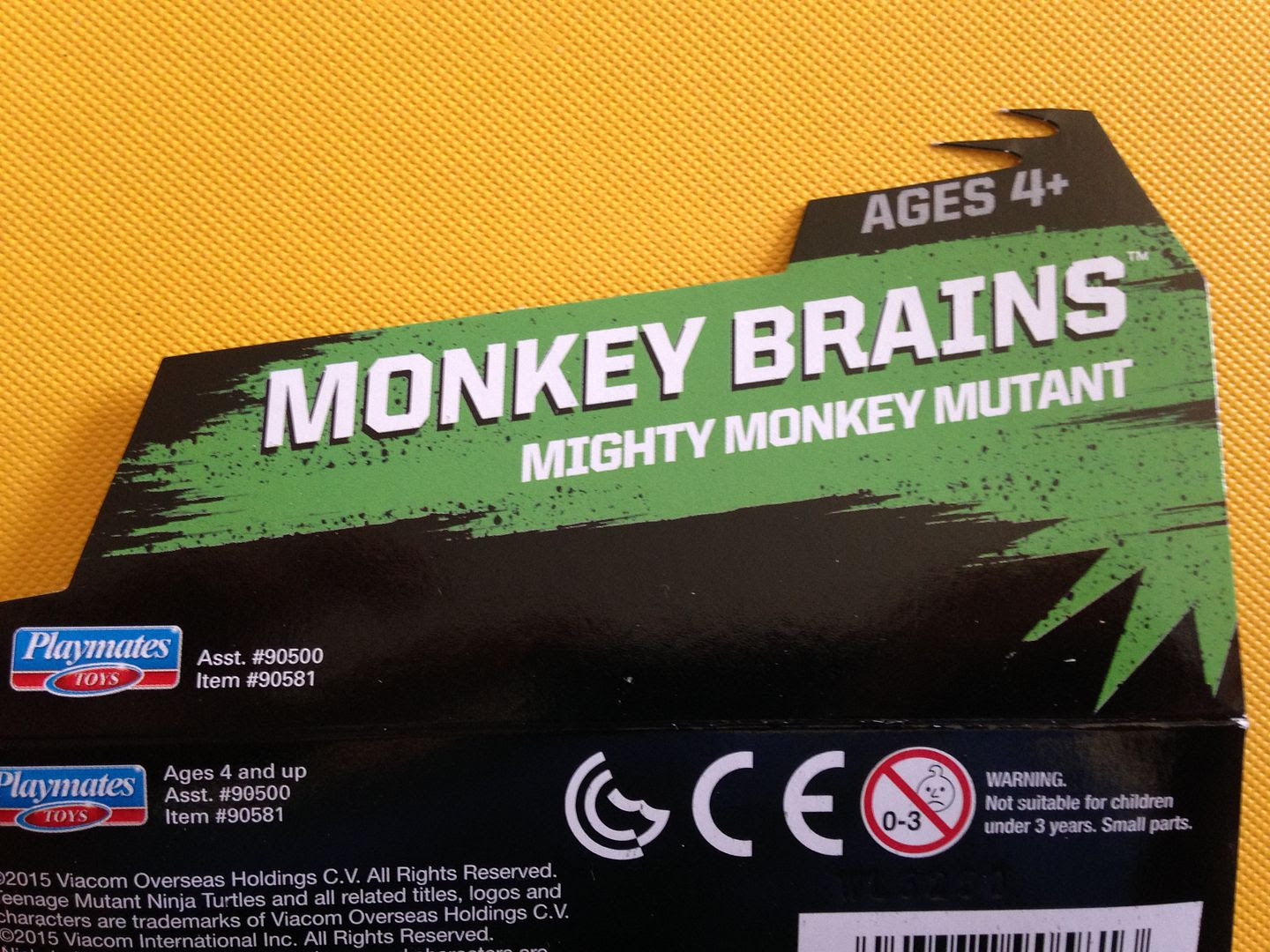 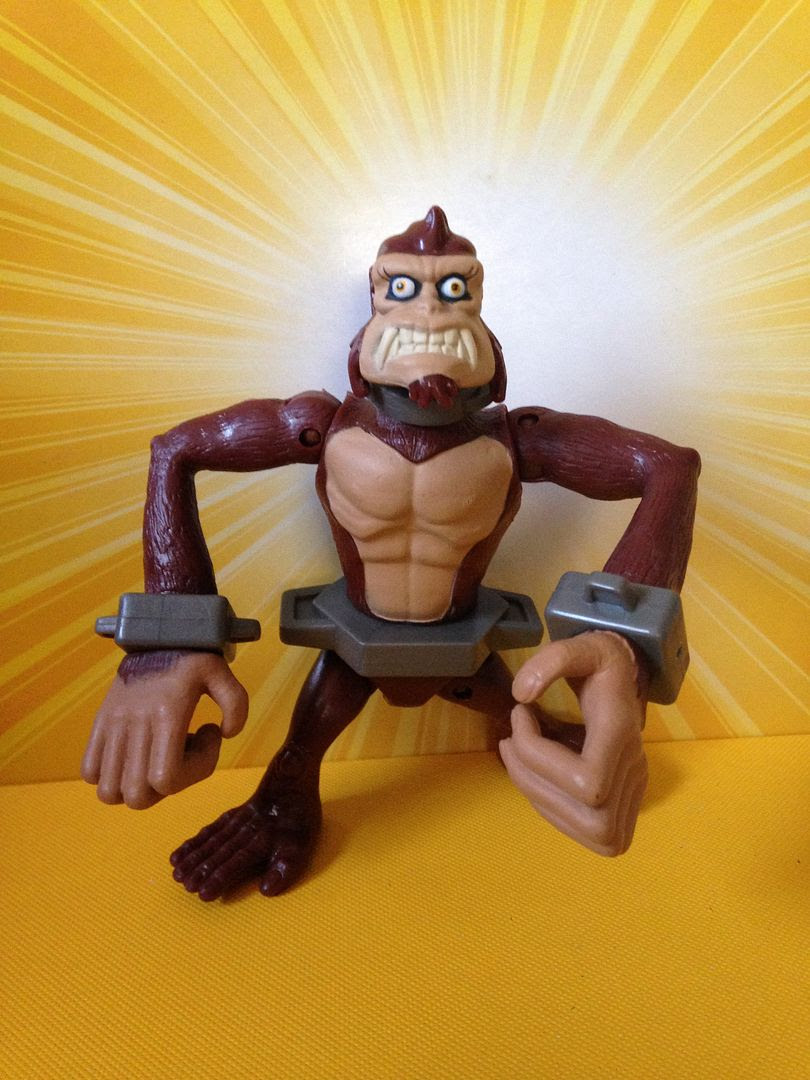 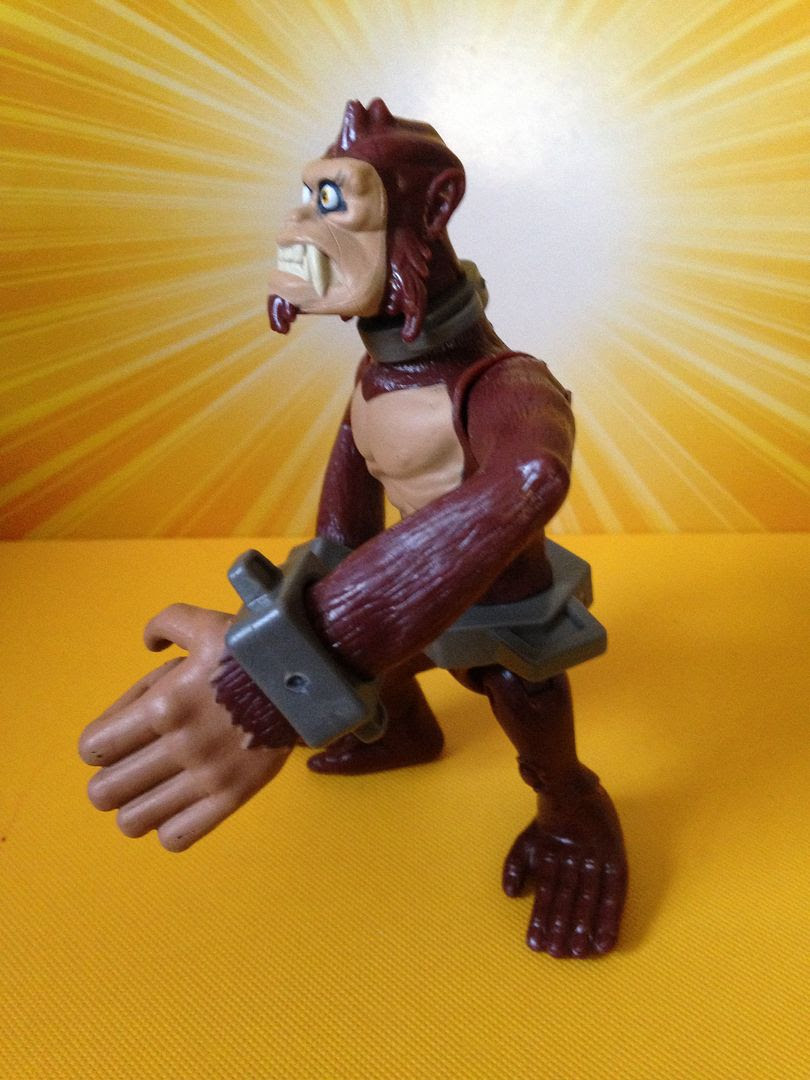 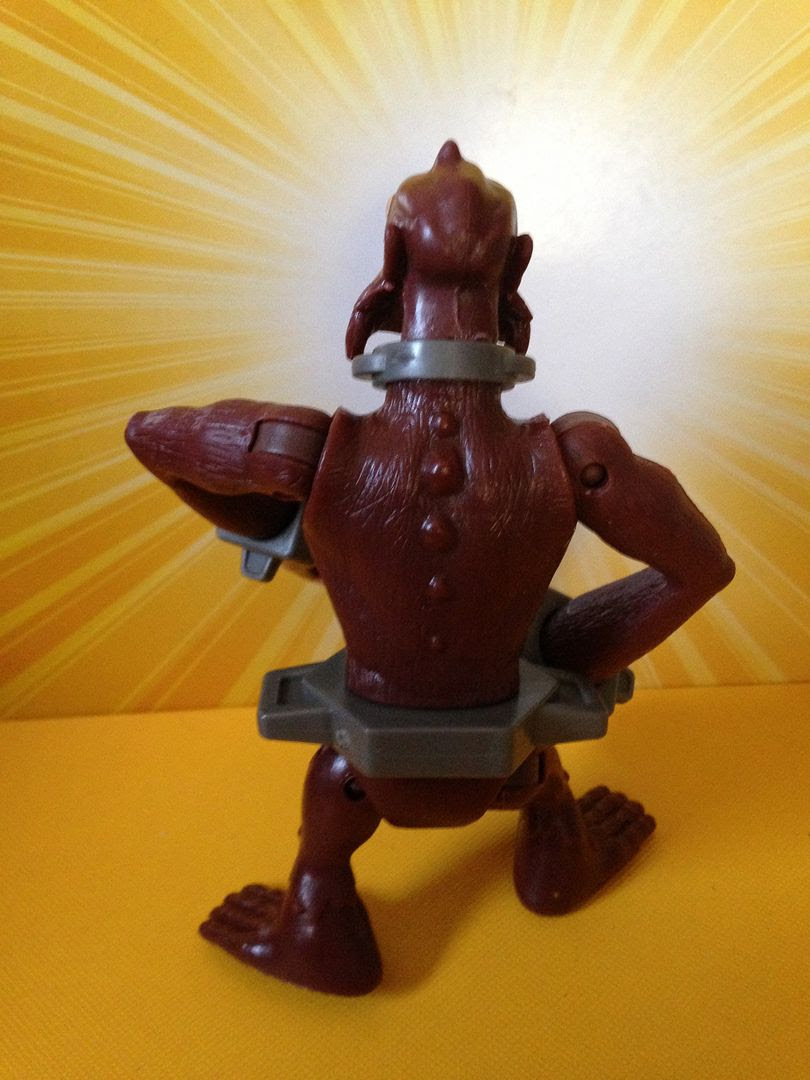 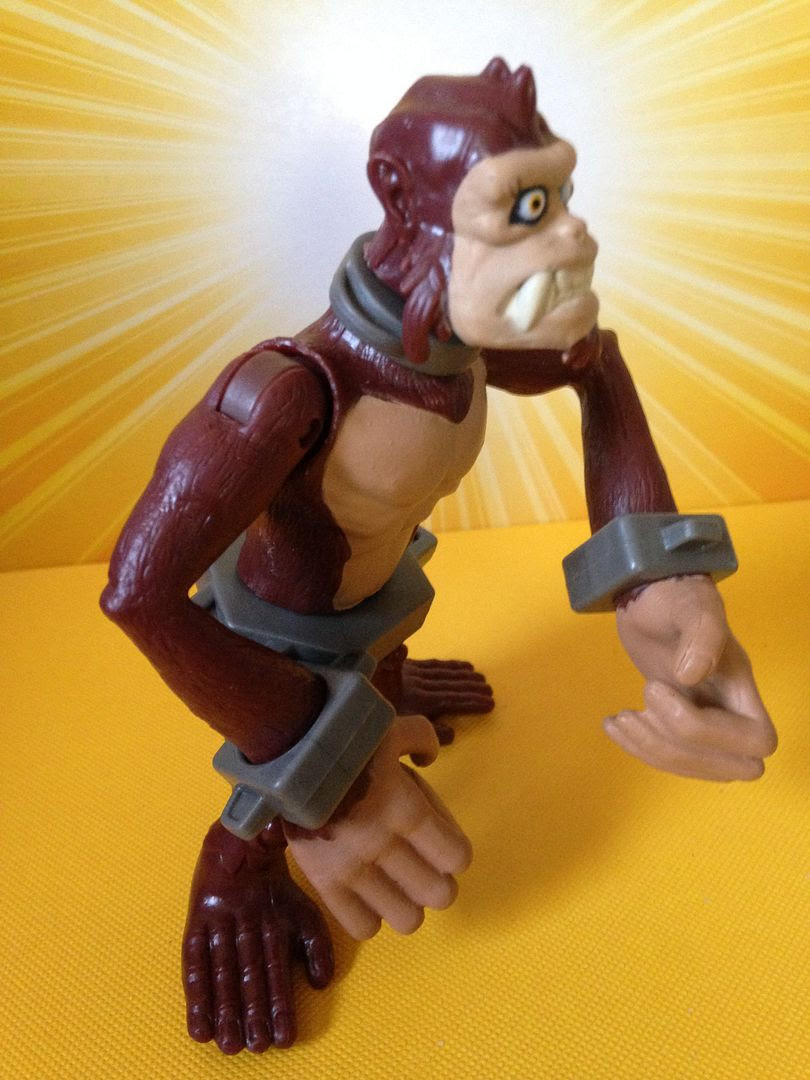 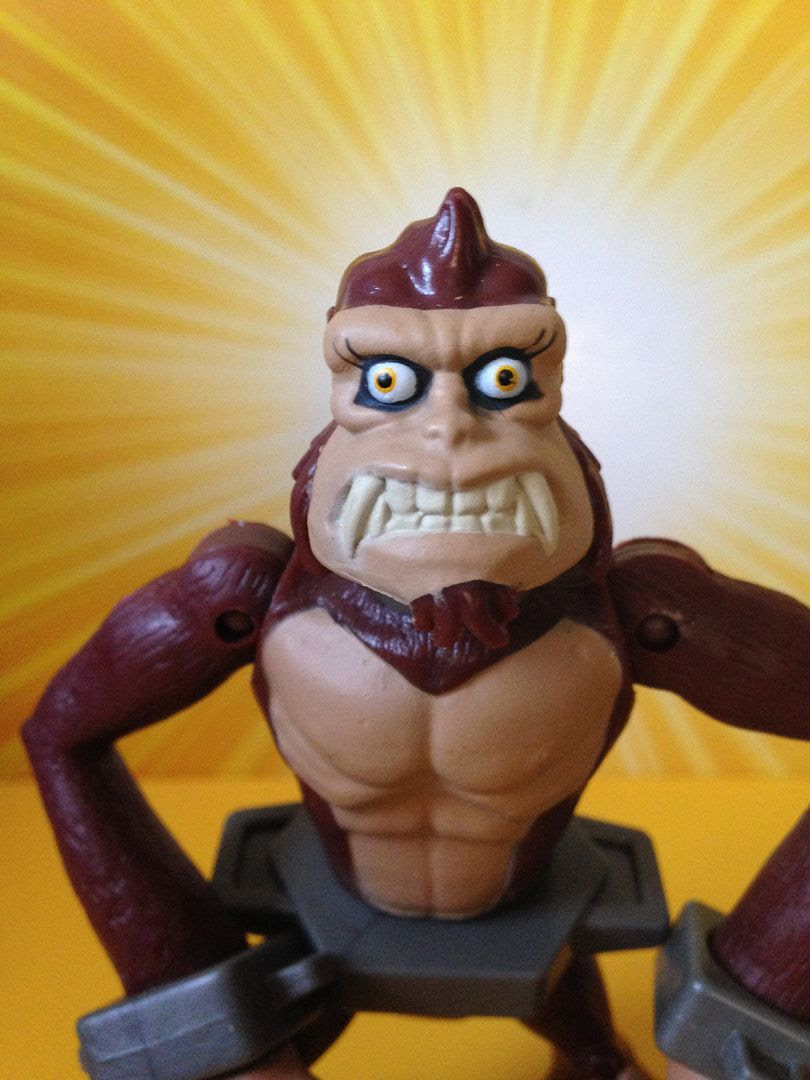 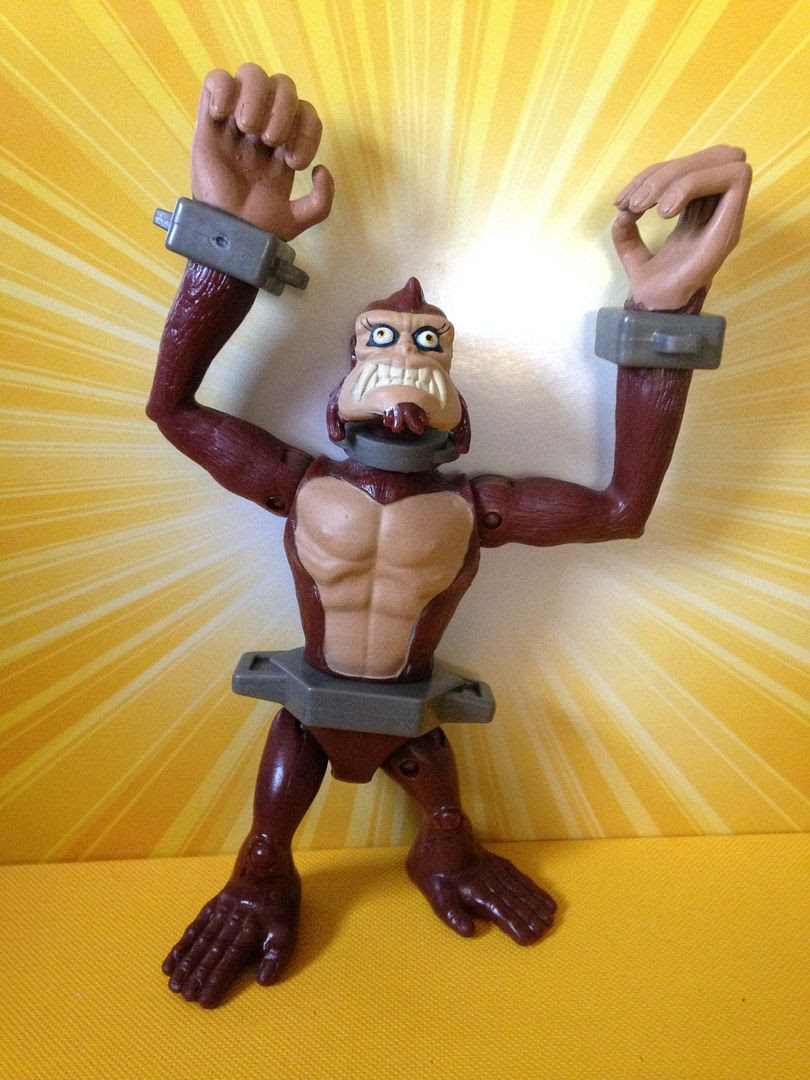