In the same episode as Napoleon Bonafrog ("The Croaking") we see Atilla as this seems to be the episode about frogs.    It's kind of funny though because Spyder Bytez always thinks the Turtles are frogs.    Well, Atilla doesn't seem to have a classic action figure and I don't remember him from my youth but another frog featured in this episode with him was Genghis, who does not have a current action figure but did have one in the past (One that I owned as a kid and have since found at Savers and now have again as an adult of sorts)

I'm actually planning on buying the complete series of original Ninja Turtles cartoons (you know, the one in the Shellraiser) so I can watch them with my son, as we are quickly exhausting the episode supply on Hulu, but also to see if some of these characters are around back then and what their roles were like compared to now.   I kind of feel like Atilla was in the original animated series he just didn't get a figure made for him, which would be kind of like how it is now only with Genghis and in reverse (Though I still have my fingers crossed for an eventual Genghis Frog action figure.   Why couldn't they just make a boxed set?)

One day before Christmas Quentin and I were at Walmart and we saw this figure.   It was actually at the same time that we saw a few others for the first time and bought the Dark Beaver.   Well, when Quentin saw the action feature on this figure he knew he wanted it but I told him he'd have to wait and see for Christmas and all that.    Eventually we found it again at Target and have since seen it almost everywhere, but yeah, it's kind of funny how Atilla is just this sort of solid blob like if they made a modern Pizza Face and yet he has that action feature of sticking his tongue out.

I don't want to think of that as being the thing which defines this figure because it is a good figure all around for the detail and the fact that it comes from an episode which also had another figure come out of it (and hopefully more frogs soon), but it does make Atilla unique in the way that he is not like all of the other Ninja Turtles toys nor is he really trying to be since no one decided to try and give him the articluation of other figures.    But it works because he doesn't really need it and is perfect just the way he is.    Definitely one of those odd sort of figures that you should have in your collection if only because it stands out from the others and years from now our children will wonder if this was even a part of the same line of toys as Napoleon Bonafrog. 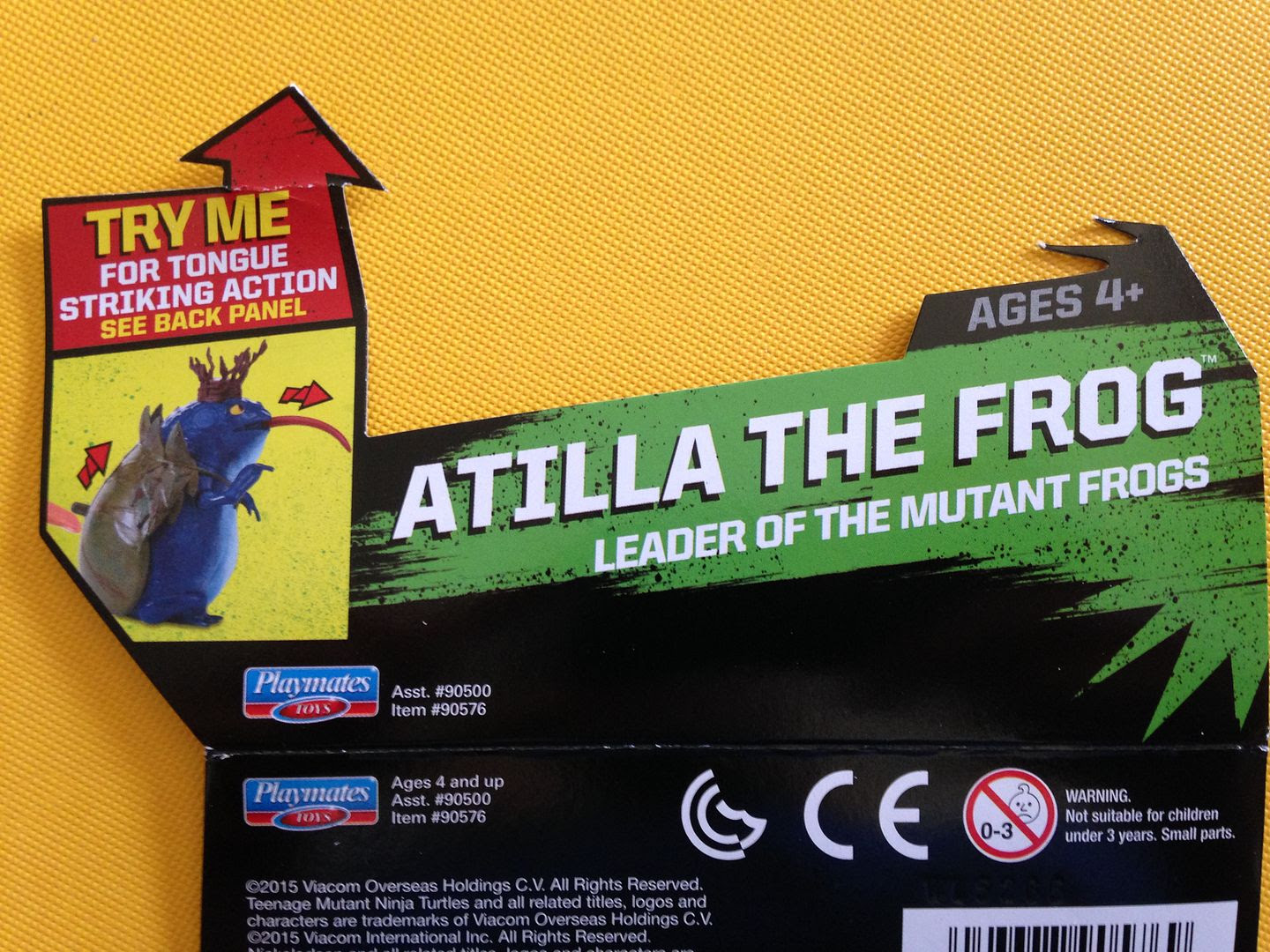 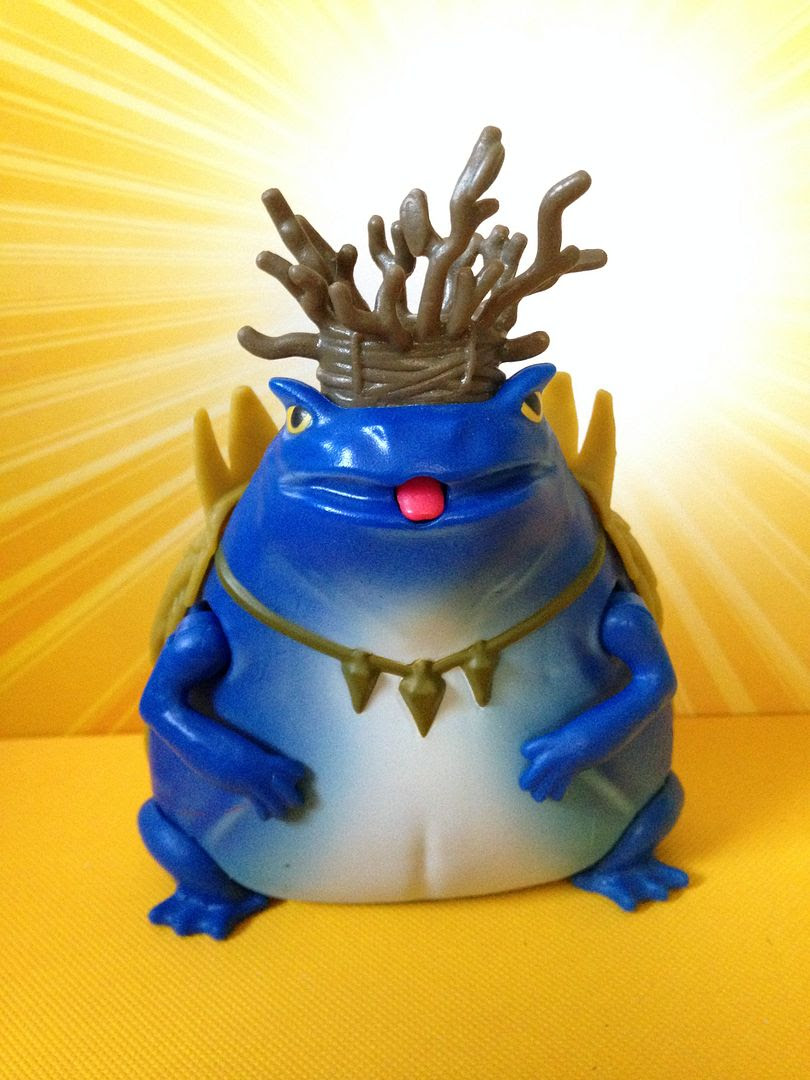 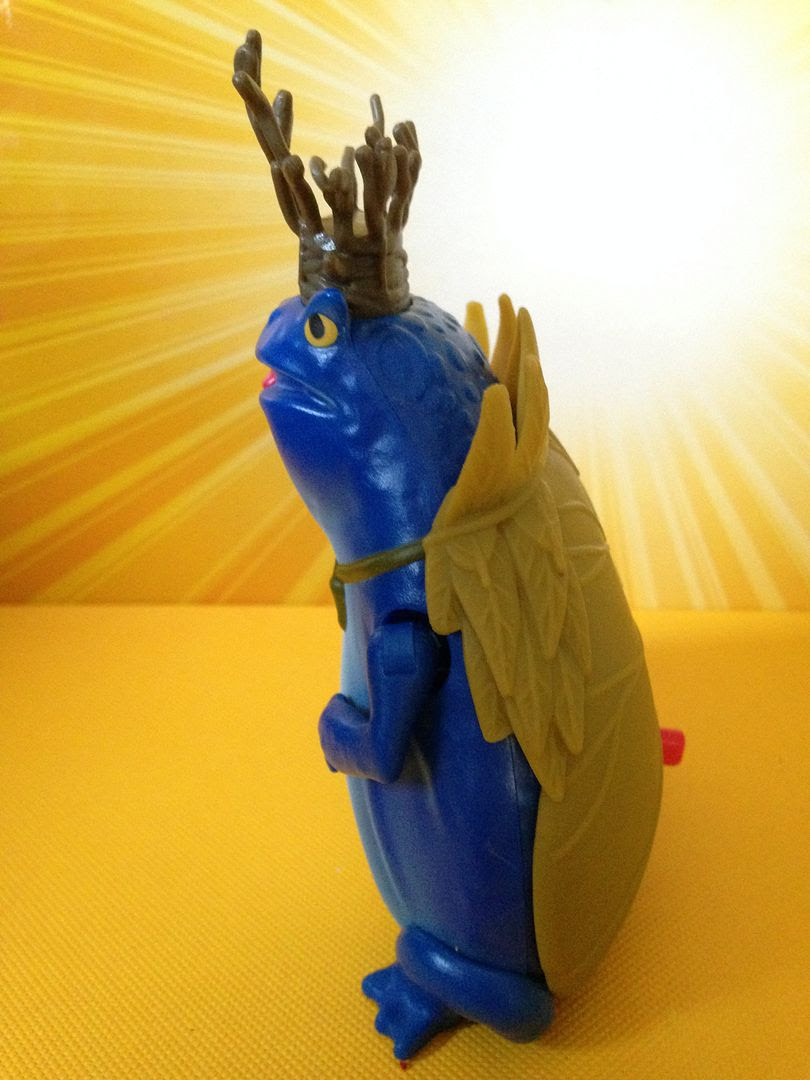 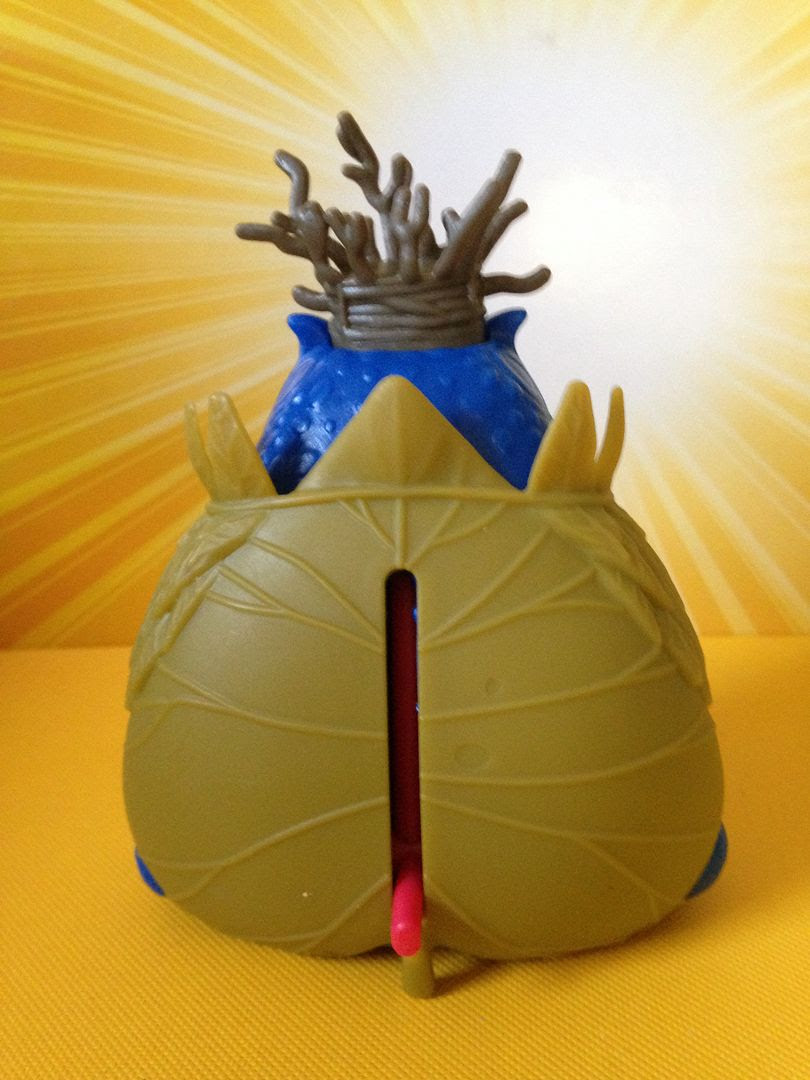 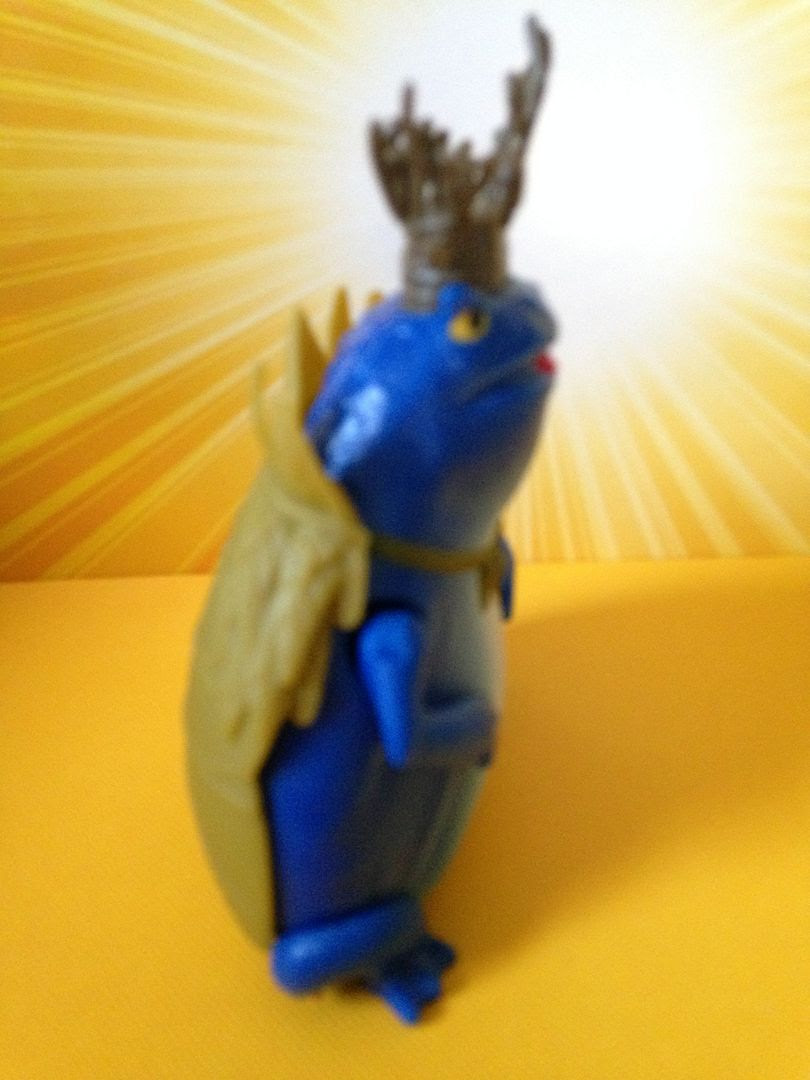 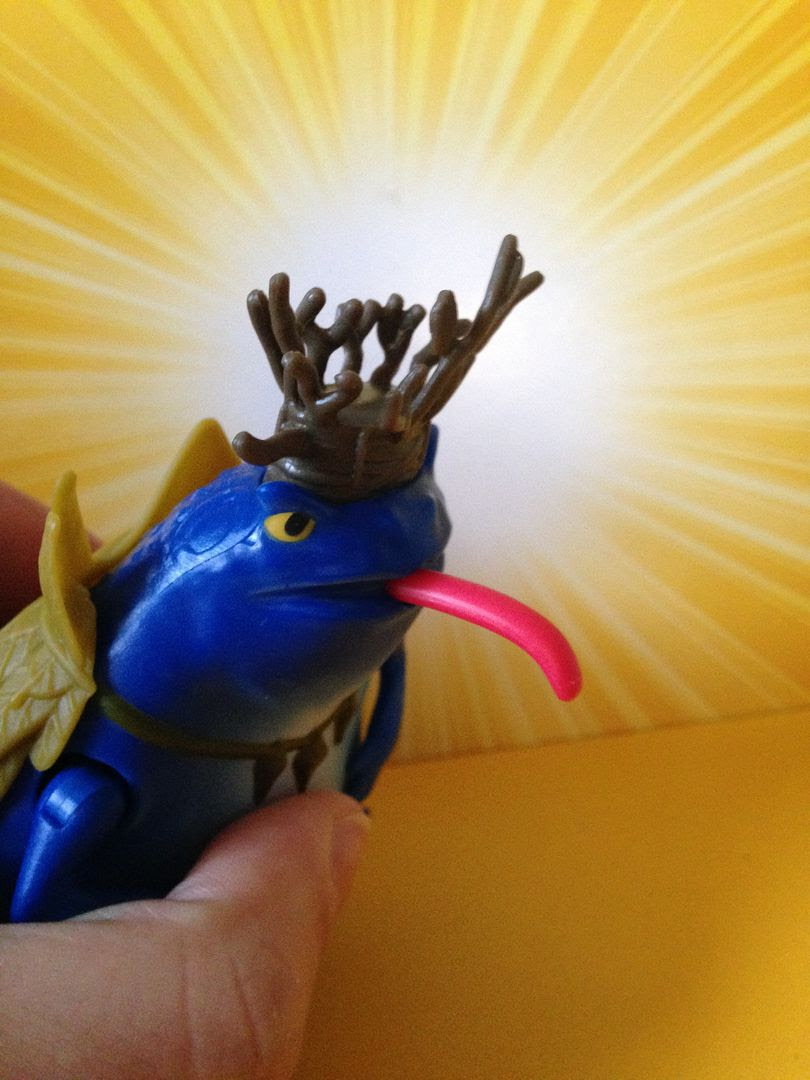 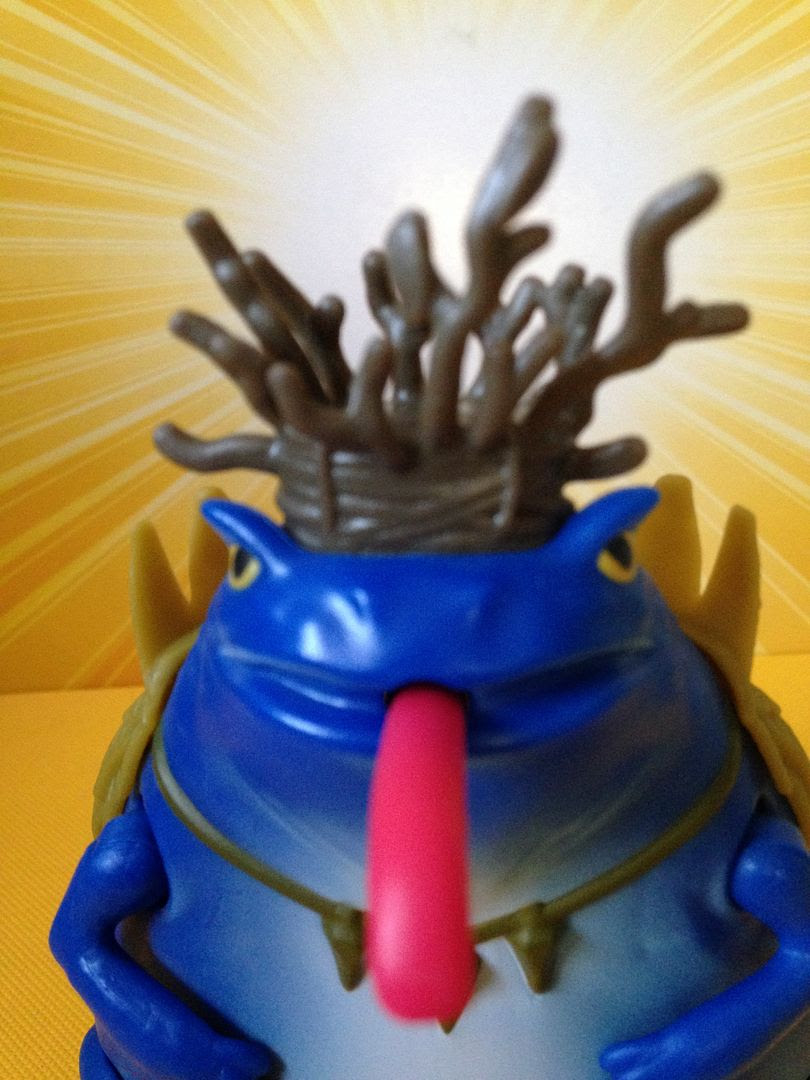